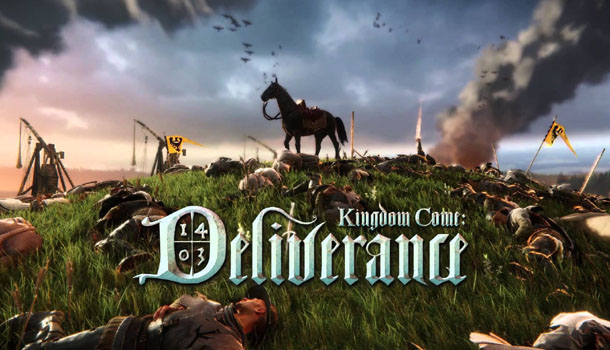 If I’ve learned anything in my years of gaming its that the gaming industry is full of badass characters. But despite all of those other guys and girls, the most interesting characters are often those with more humble roots. Take Warhorse Studios, whose debut title Kingdom Come: Deliverance, delivers a realistic and rather humbling RPG experience that is far from the RPG norm that we know so well.

Kingdom Come: Deliverance isn’t merely a humbling tale about Henry, a lowborn citizen of Bohemia, set in the 1400s. It is also a deep experience that incorporates many of the day to day way-of-life elements that someone of Henry’s stature would actually encounter. You are not some renowned badass knight or mercenary, but rather the son of a blacksmith that has to survive and come into his own with little to no skills to actually do so right from the very start.

Being a blacksmith’s apprentice in the village of Skalitz is rather boring to Henry, who, when he isn’t working for his father, spends his time drinking with his friends and visiting his love at the tavern. Somehow he also manages to get a little sword training in despite his father’s wishes. Unfortunately, it takes a war to put a little adventure in his life, as Sigismund of Luxembourg makes his way into the region. 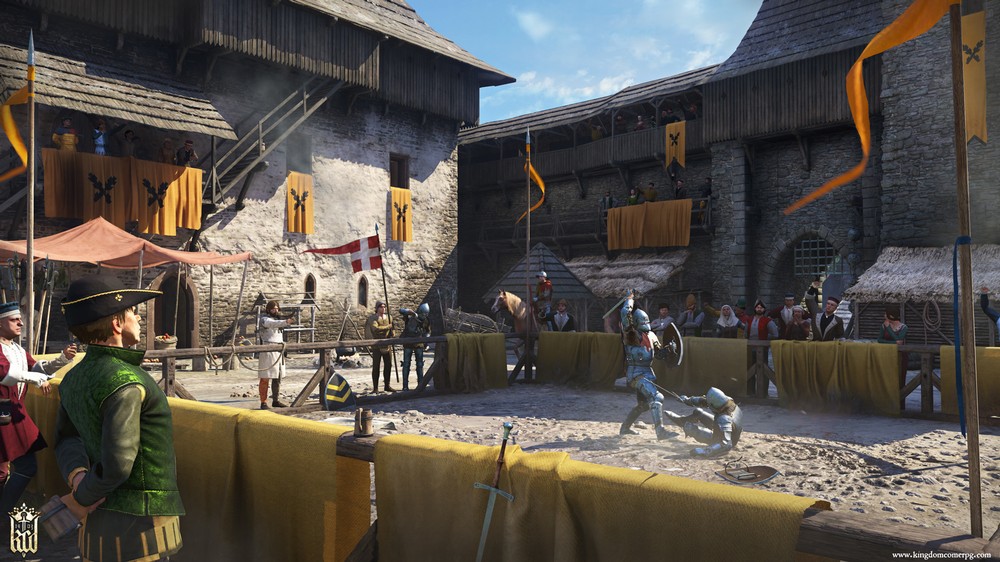 It doesn’t take long to see that Warhorse Studios really put loads of detail into nearly aspect of Kingdom Come’s creation. While things do take a bit to pick up pacing wise, it’s in those early hours where you get some of the very few tutorials that you’ll need to succeed. This adventure is one that doesn’t hold your hand and offers little in the way of being actually helpful. You do receive quests and objectives like any other RPG but how you actually go about doing them is completely left for you to discover. In a way, I really enjoyed this approach but one should be wary, as there are lots of other little gameplay systems that need to be taken in consideration when attempting pretty much everything.

There are times where one can achieve tasks several different ways. Some of the tasks I did could be solved with a high enough speech but even then what you are wearing and if you’re clean or not play into your success rate. There are times where I can see where even diehard players much less casual players might find Kingdom Come’s myriad of intertwined systems to be too much to absorb. Of course on the other hand you have players that have created mods on PC to actually make Kingdom Come even harder than it already is, so there are all types. 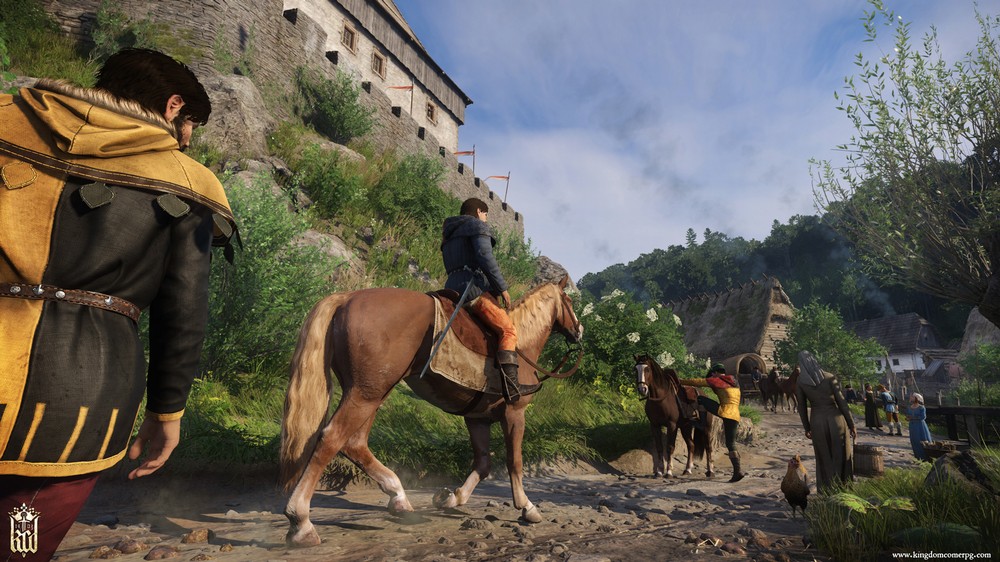 One of the things that I found out and actually liked was the real time aspect of many of the quests. Luckily however this doesn’t mean that you will miss out on some of Kingdom Come’s more interesting side quests. The beauty is that many of these side quests you will chance upon and won’t be found on any posting board. If a side quest is started however it would behoove you to seek out those individuals or objectives as soon as possible, as they will progress without you. It’s a nice, albeit potentially chaotic system that adds to the realism factor that Warhorse was aiming for.

Added to that is Warhorse’s designs on actually saving your game and fast traveling. Kingdom Come relies heavily on auto-saves throughout your journey and for the most part does a good job of getting you right back into the swing of things. Load times in general aren’t bad but there are load screens every time you talk to someone or trigger a story element mainly because of the dialogue system as far as I can tell. When you want to save manually you have to either sleep in your own bed, visit a bathhouse, or partake in a Saviours Schnapps that you have on you. The desire to want to save often via the last option is tempered a bit by the fact that it is an alcoholic beverage and it will get you intoxicated or even addicted if you drink too often. Likewise, fast traveling affects Henry in ways such as hunger and cleanliness, as you have to wait for a countdown timer not unlike one featured in another beloved RPG series. So in the end, even fast traveling takes some planning beforehand. 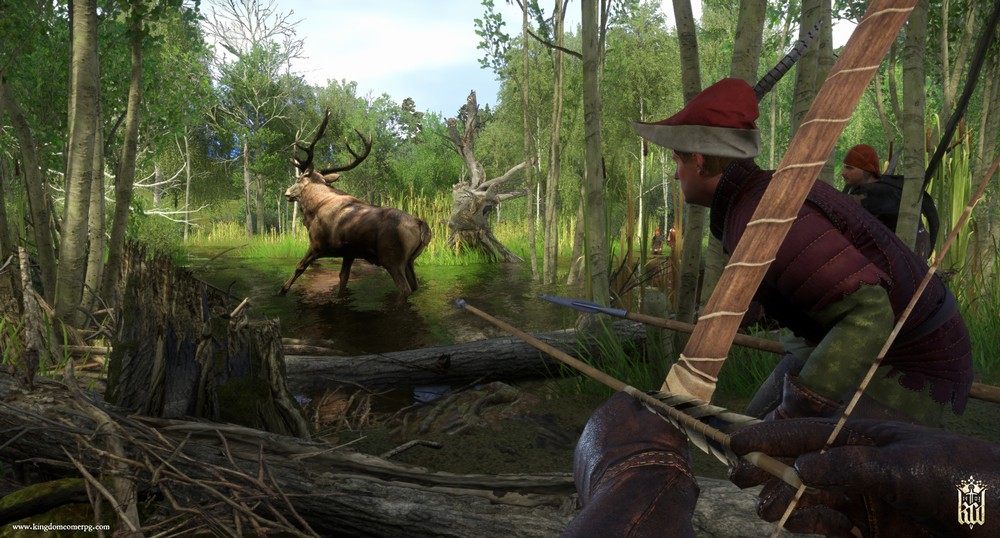 Perhaps the feature that I love the most about Kingdom Come in my many hours of gameplay is seeing Henry’s skills improve with each usage. This isn’t a game there you assign a skill point and are instantly better at say lock picking, which is hard enough as it is and somewhat downright frustrating if you choose to play with a controller. Swordplay for instance is one of the earliest skills that you can garner some small degree of proficiency at the aid of two different people in the opening hours.

Swordplay is by far the most engaging but also amongst the hardest to master as you absolutely cannot go in just swinging. If you use the same attack over and over again, the enemy with exploit the weakness of the attack. Mixing up attacks with different tactics like striking from the side, always keep moving and mastering perfect blocks can gain you an advantage in combat. Oh, and fighting large numbers by yourself is usually a very bad idea early on in the game. This is especially true as you play the game entirely in first person so getting blindsided is most definitely something the enemy will do. 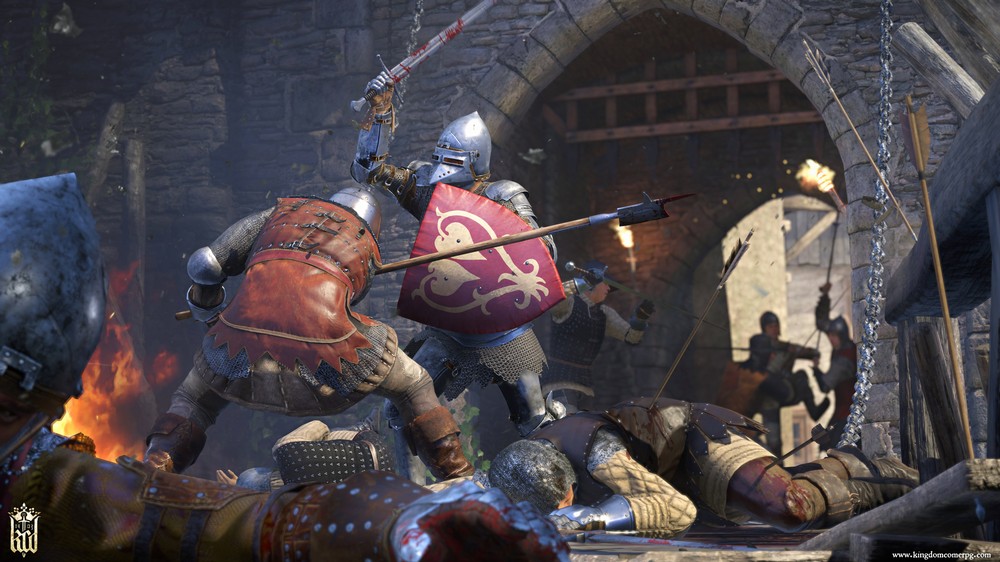 Of course there are some times where you’ll find yourself either running for your life or traveling and taking in the beauty that is Kingdom Come. In either instance it’s not hard to notice the graphical detail that went into Kingdom Come’s design. Depending on your computer specs, Kingdom Come can be a beautiful experience though it’s not without its issues. Up close, I did encounter some facial animations that felt off and at distances sometimes village graphics took a small amount of time to actually render details. The former wasn’t a deal breaker as the spoken dialogue itself was actually pretty good. Given the scale of Kingdom Come, I actually anticipated some of the latter issue since most open world titles are often far from flawless. That said Kingdom Come is a rather enjoyable and largely detailed world to behold for something more grounded than any grandiose high fantasy adventure.

I got to say going into Kingdom Come: Deliverance I had an idea of what I was in store for but even that wasn’t quite enough. I’ve played many of the best and even some of the most underrated RPGs out there and yet Kingdom Come still managed to both enrapture me with its storyline and characters and drive me a little crazy with its survivalist realism. It’s true that I can see that Kingdom Come: Deliverance isn’t going to be for everyone, but for those looking for a challenge and freedom to choose how you interact with its world then I can’t help but recommend checking it out on PC today. 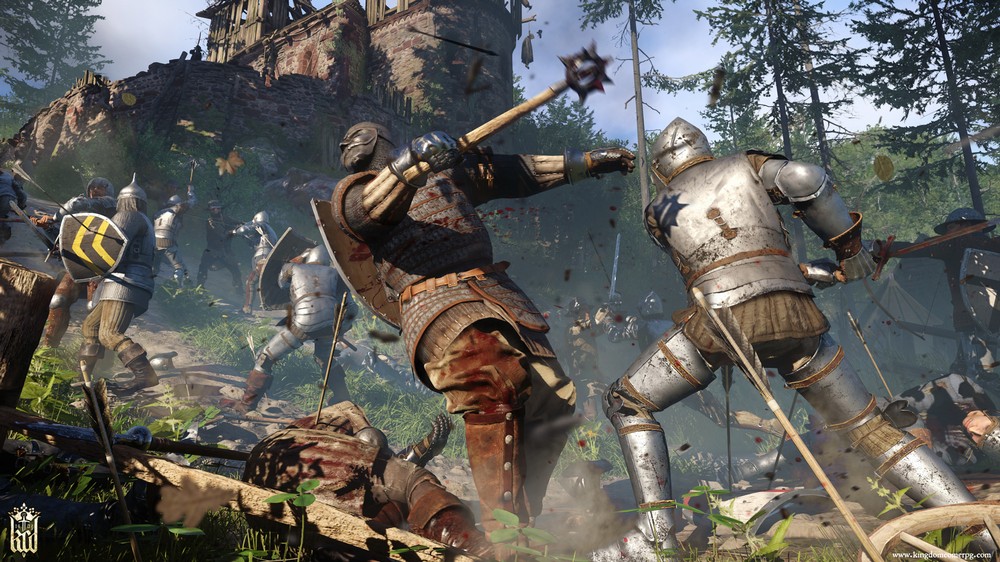 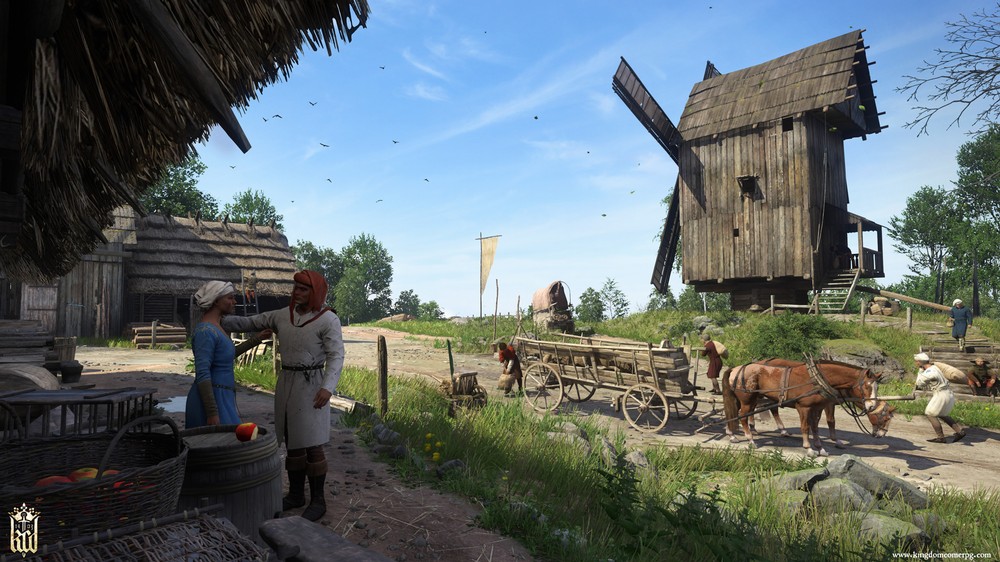 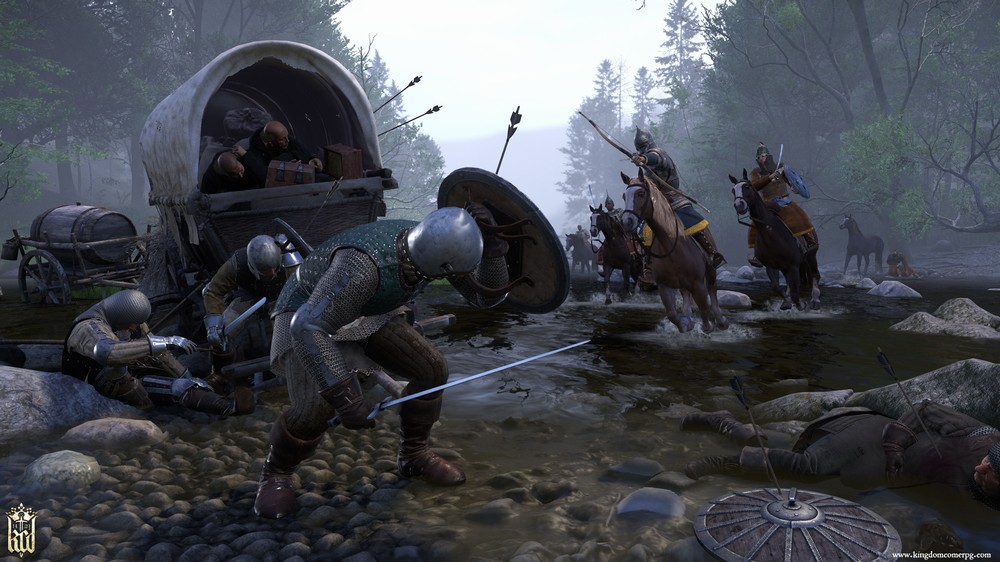 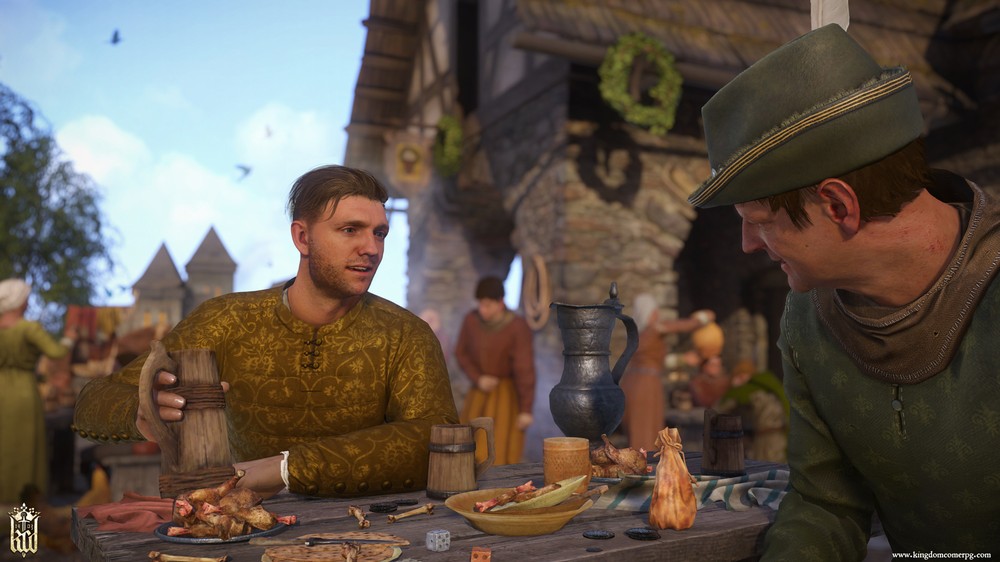 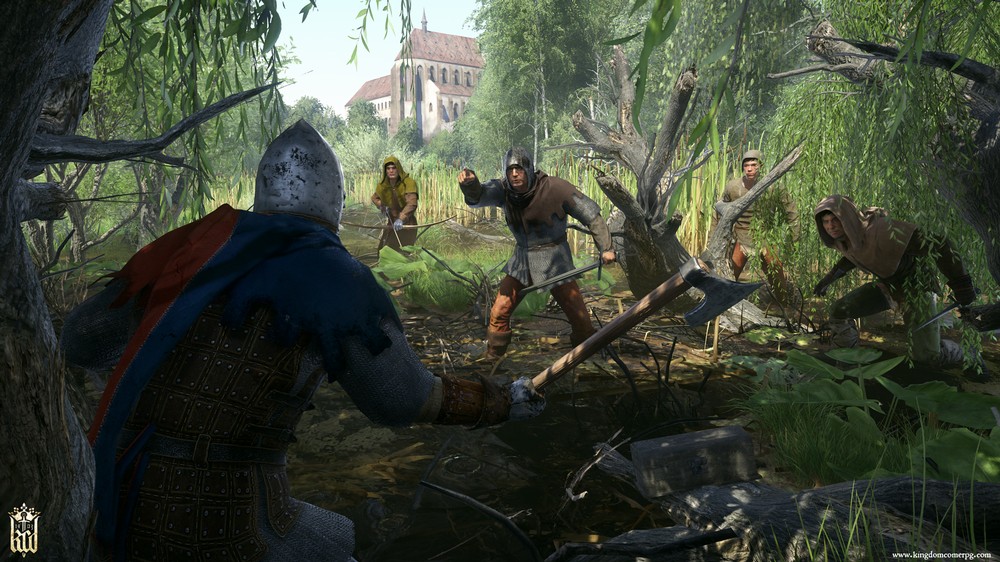 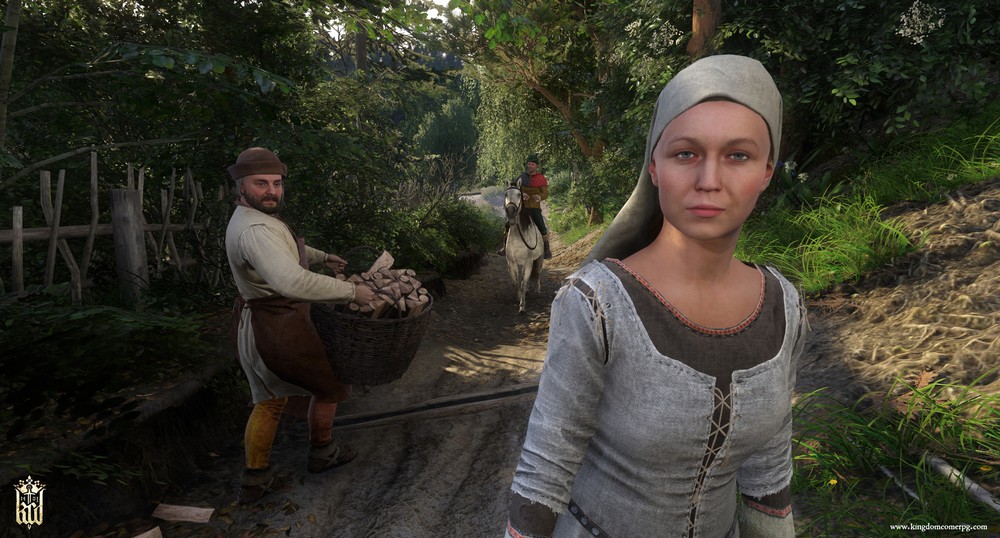 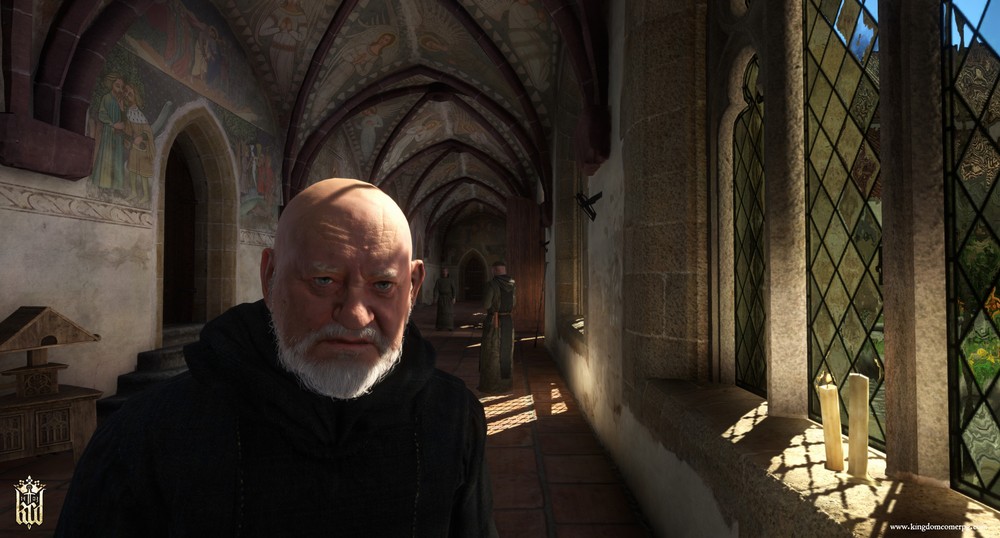