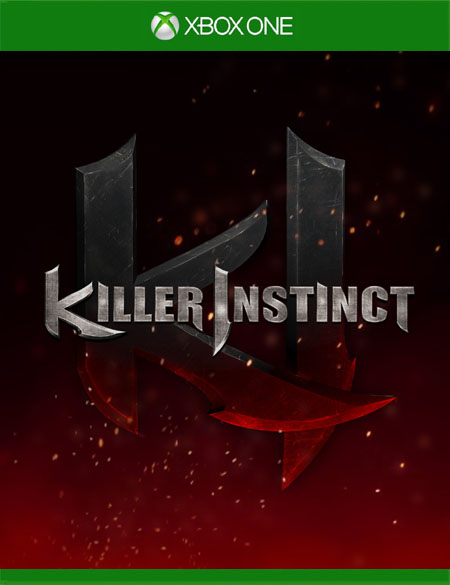 A great reimagined resurrected classic that is a bit light on content but rich in replay, especially for serious fighters and tournament players.

There are dozens of reasons to play fighting games.  You might like a robust combo system, you might enjoy sexy fighters in revealing costumes that can “kick high”, you might like beating up your siblings or friends in a virtual fashion that won’t get you in trouble or you may enjoy the more serious tournament aspects of the genre.   Whatever your reason there is a fighting game out there for you whether that be Mortal Kombat, DOA, Tekken, Soul Calibur, or in this case, the resurrected classic, Killer Instinct.

I have to admit I never played any of the previous games in this franchise, but I do enjoy a good fighting game and from what I saw leading up to its release, Killer Instinct was shaping up to be a quality entry into the Xbox One launch line-up.  Microsoft has also chosen a rather unique way to deliver this game to its new console owners using a freemium system typically found on mobile game platforms.  For those uncertain of the games long-term appeal you can get your feet wait for free with an initial download that gets you all game modes, and a rotating free character.  You can then add additional characters, costumes, and accessory packs à la carte.  The good news is that this can save you money if you only favor a few characters and costumes, but it can get quite spendy if you want more.  There are three more paid tiers ranging from $20 to $60 that include increasing amounts of content and early access to future content. 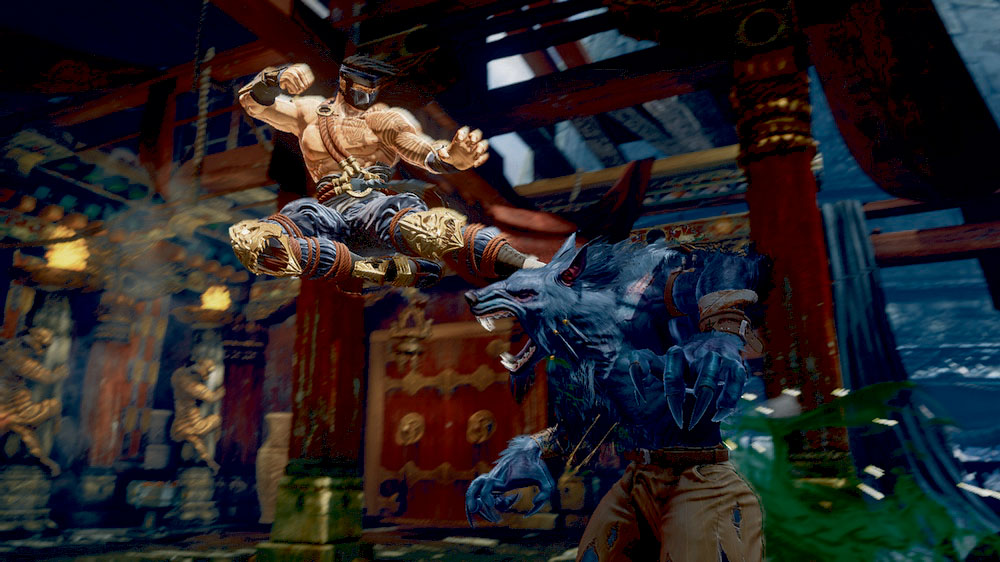 Killer Instinct has a cult-like following.  I know of at least two people who were waiting in line for an Xbox One at midnight to ONLY play this game…a downloadable store title.  The hook for Killer Instinct has always been its unique combo system that let players create their own combos on the fly using a potentially endless series of basic attacks.  The trick was to keep the combo going while mixing things up to avoid an opponent’s combo-breaker.

Using the next-gen power of the Xbox One Double Helix was able to tweak that original formula to make things even smoother, more intuitive, and slightly more complex by mixing in light, medium, and heavy attacks, but stitching the various attack animations together in a way that keeps the action and the animation flowing seamlessly.   Button mashers need not apply as Killer Instinct is a fighter designed around, and requiring, deft finger tapping and precise timing. 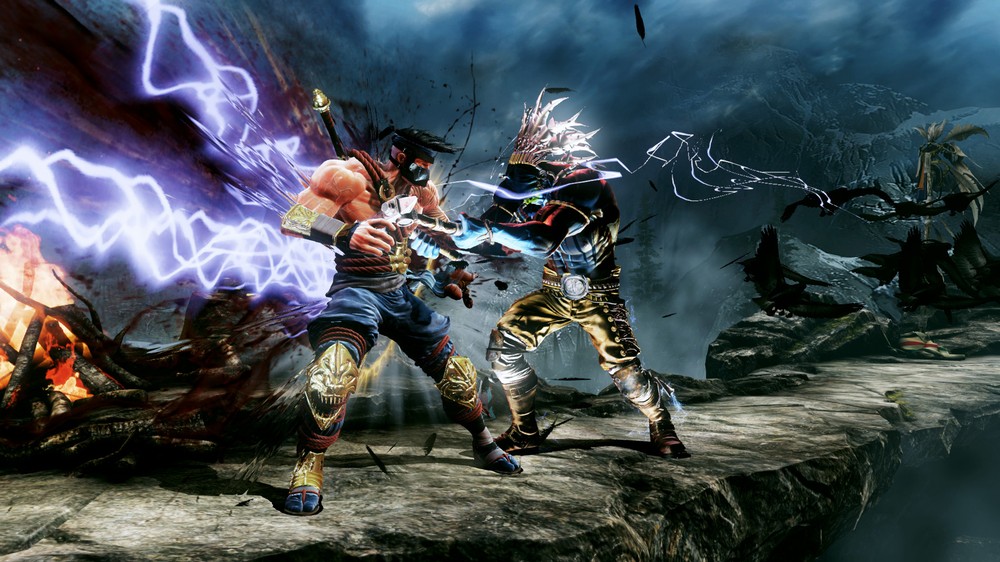 The Dojo mode is a great way to learn the ropes and begin your mastery of your favorite character(s).  All too often you are simply given a set of button commands and combo sequences and left to figure out how to play, but Killer Instinct breaks it all down in a series of extremely helpful tutorials that will hopefully set the standard for future fighting games to come.

Being an old-school game, Double Helix didn’t try to tamper with the presentation, so we end up with something as basic and lacking in narrative as the original Mortal Kombat.  It’s basically two fighters in a ring fighting until somebody gets knocked out.  No story, no sexy cutscenes, no cheesy dialogue.  This is certainly a plus for fighting game purists and tournament pros, but for casual gamers who need a bit of backstory to keep them interested, the barebones presentation of Killer Instinct may turn some away.

The stylized graphics are gorgeous and the thumping soundtrack is as energetic as the gameplay with some great reimagined remixes from an almost-forgotten decade.  The scope of characters is diverse and the locations you get to fight in are quite stunning and loaded with detail.  The animation is smooth and rife with special effects that will have you scrambling to the built-in DVR to save and share your favorite moments.   Killer Instinct comes from a time where political correctness wasn’t a big deal, and the designers chose to keep some questionable character designs intact as well as some of the sexier costumes and camera angles that would make DOA blush. 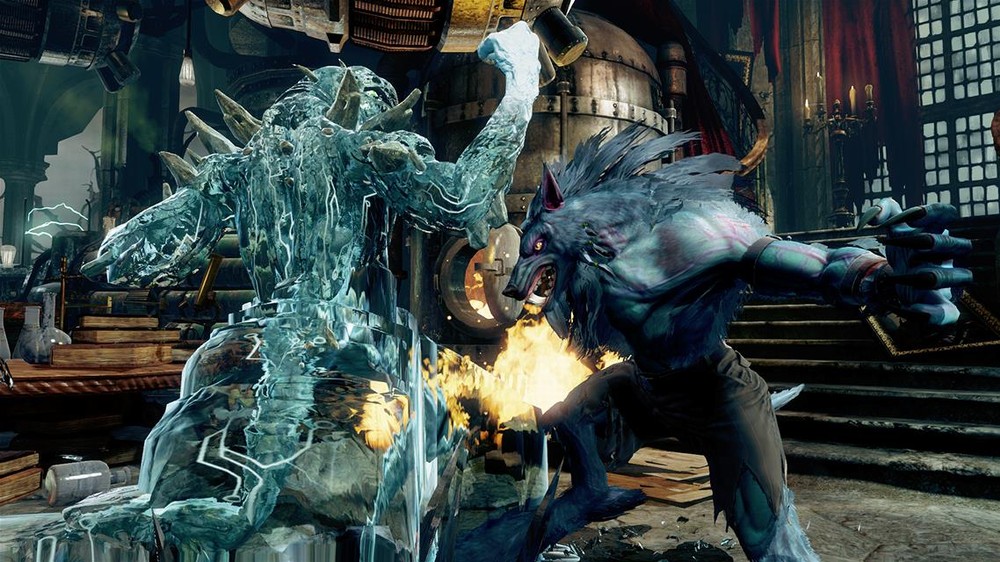 With no story arcs the single-player experience is basically a series of individual fights or a survival mode that pits you against an endless series of combatants.   The lack of any story or career-type sequence of fights is definitely an issue for solo gaming, but with only eight characters (six available at launch) any such career path would be a short one.  I’m guessing Microsoft is relying heavily on DLC purchases to flesh out the game, but one can’t help but feel this slightly unfinished game was rushed to meet the console’s launch date.  Thankfully, the local and lag-free online multiplayer is a fun, challenging, and obsessively addicting delight to play.

It won’t be long before we see Tekken, DOA, Mortal Kombat, and the other popular fighting franchises stepping into the next generation, but until they do, Killer Instinct; despite being shallow in content and narrow in appeal, is a nice diversion for fighting fans, and Microsoft is marketing it in such a way that everyone can get a taste…even for free. 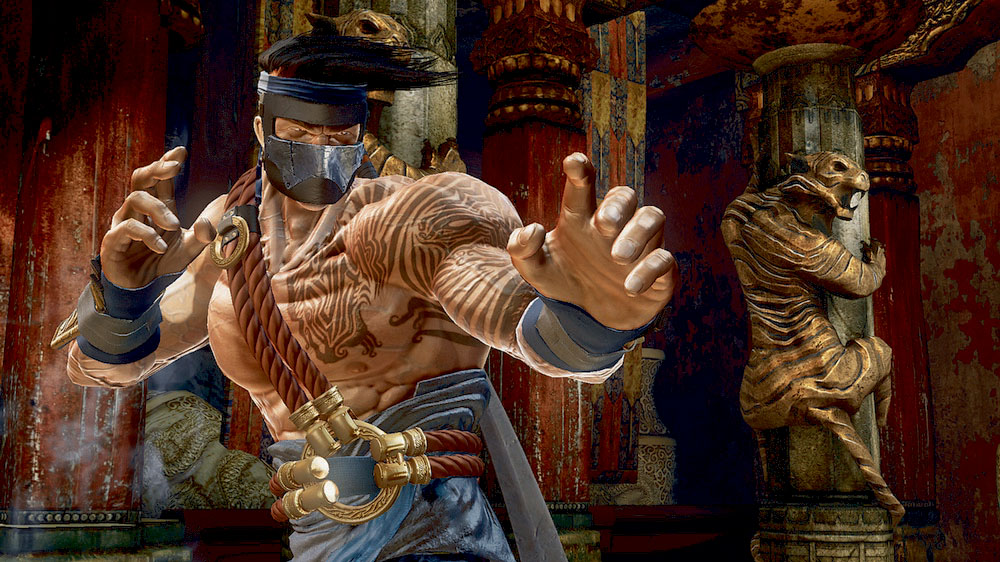 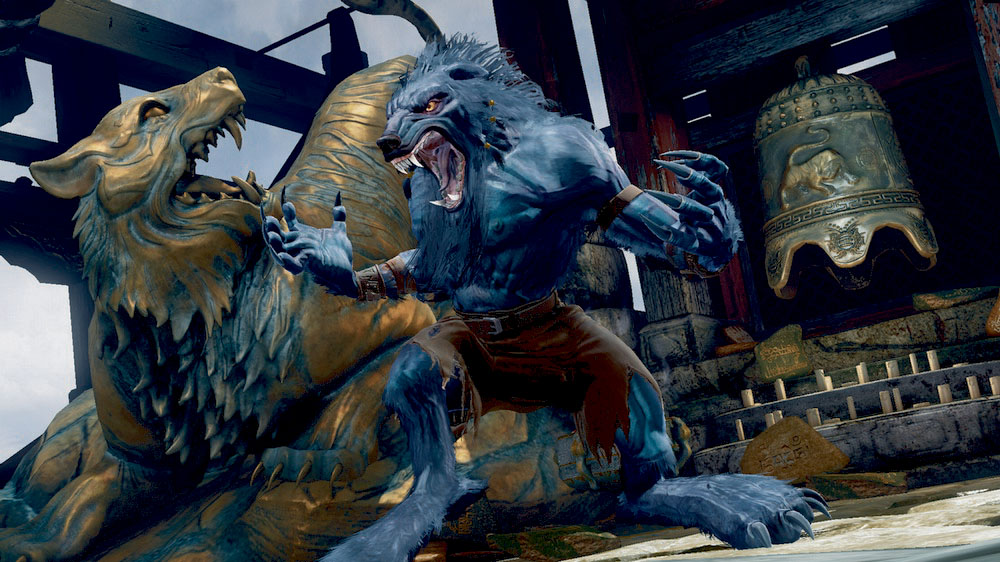 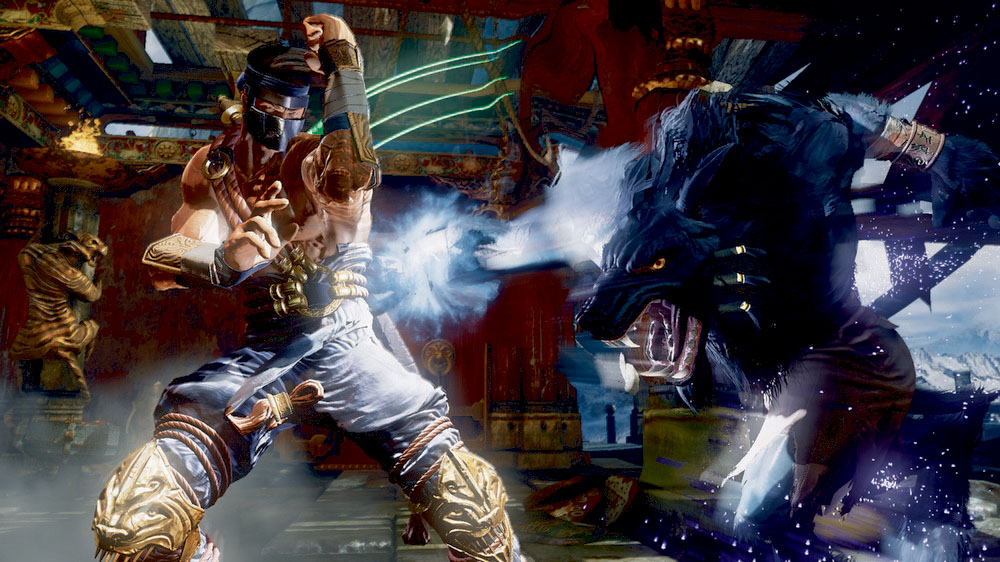 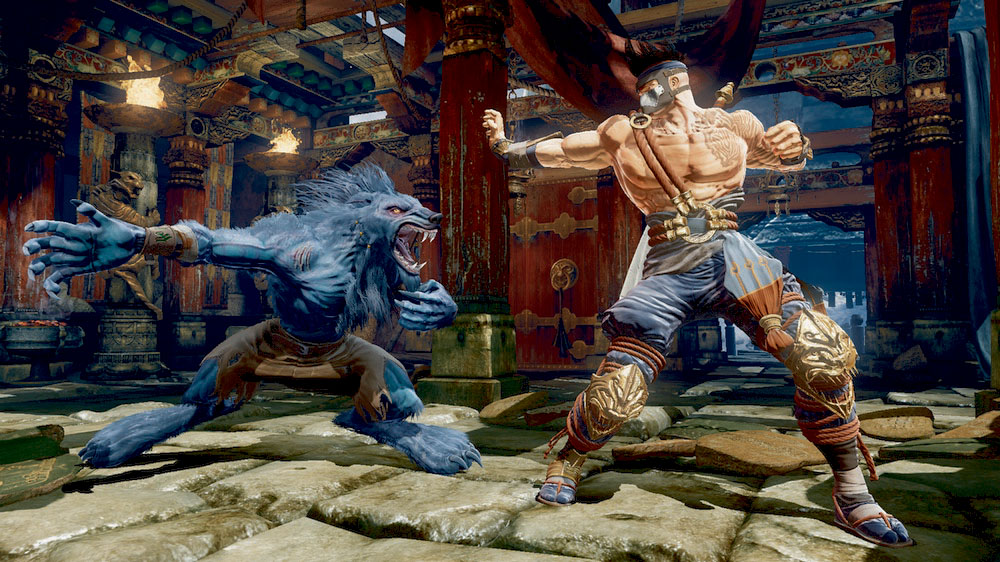 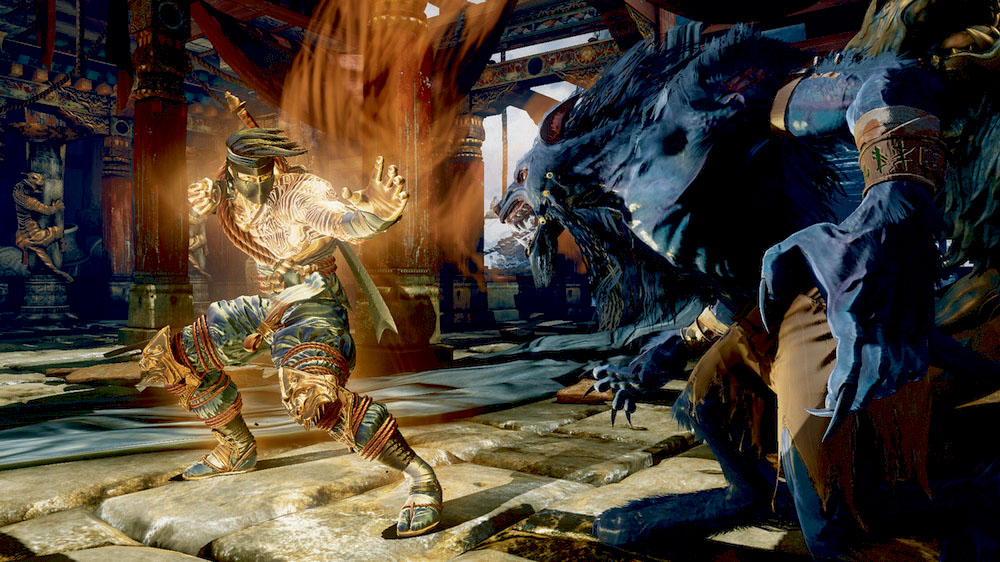 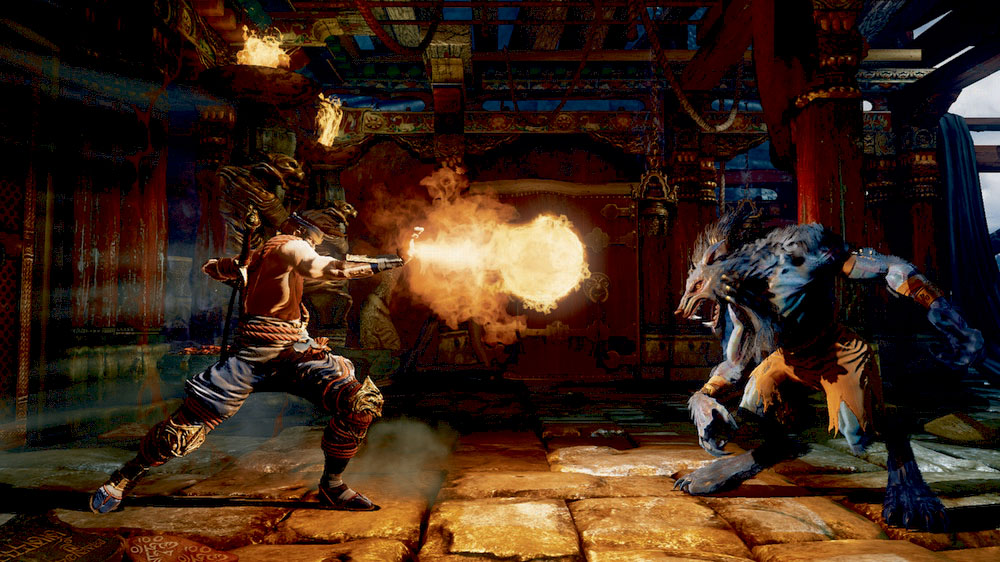 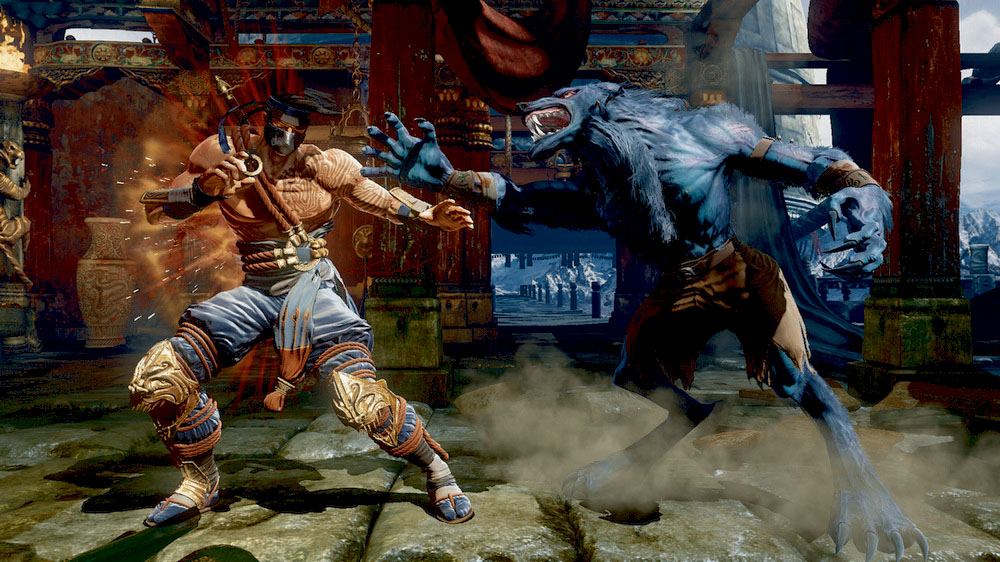 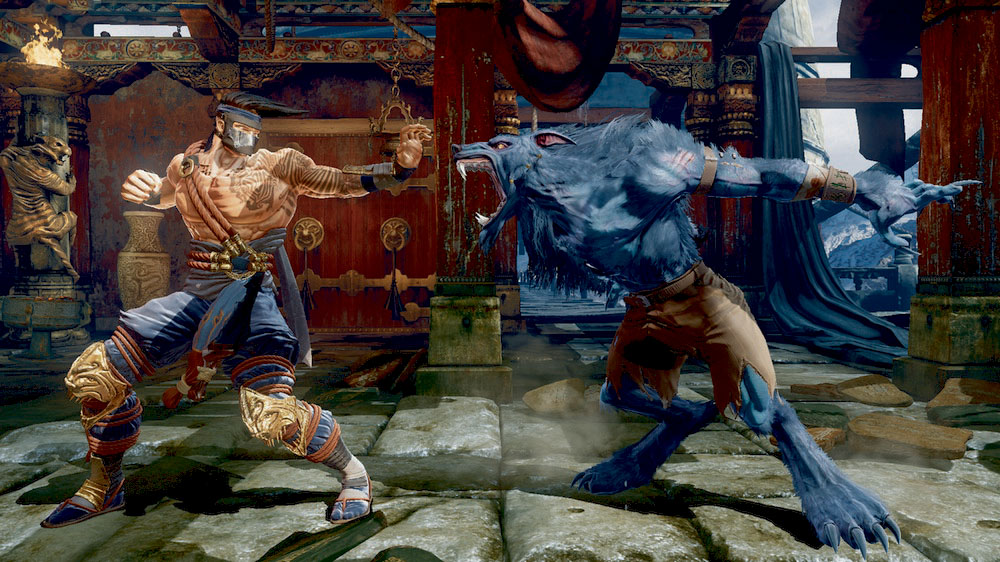 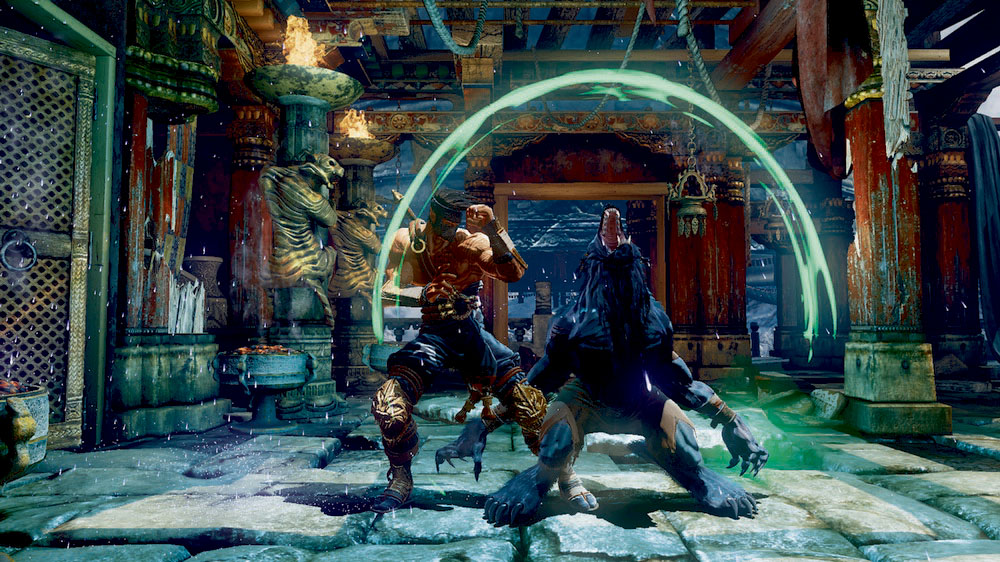 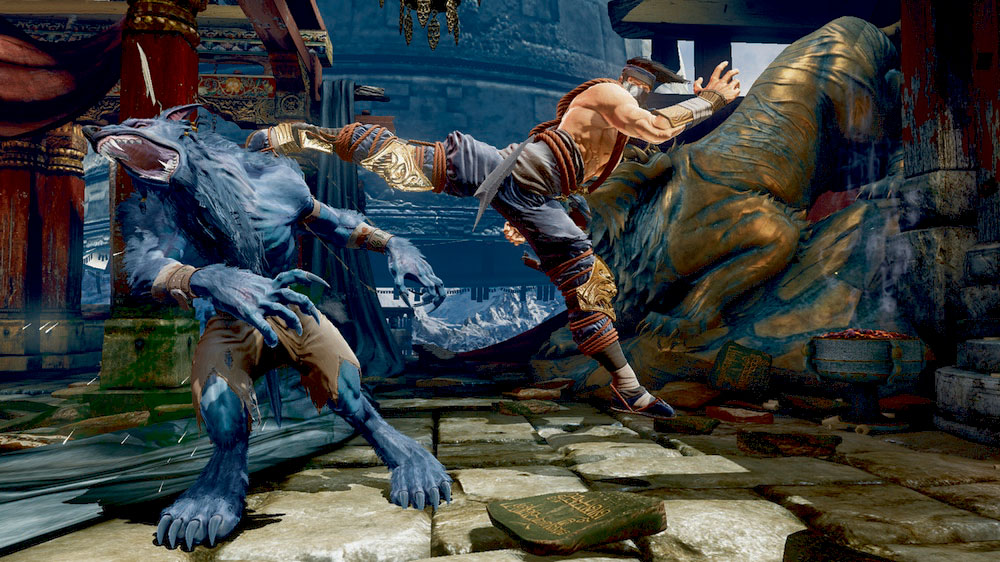 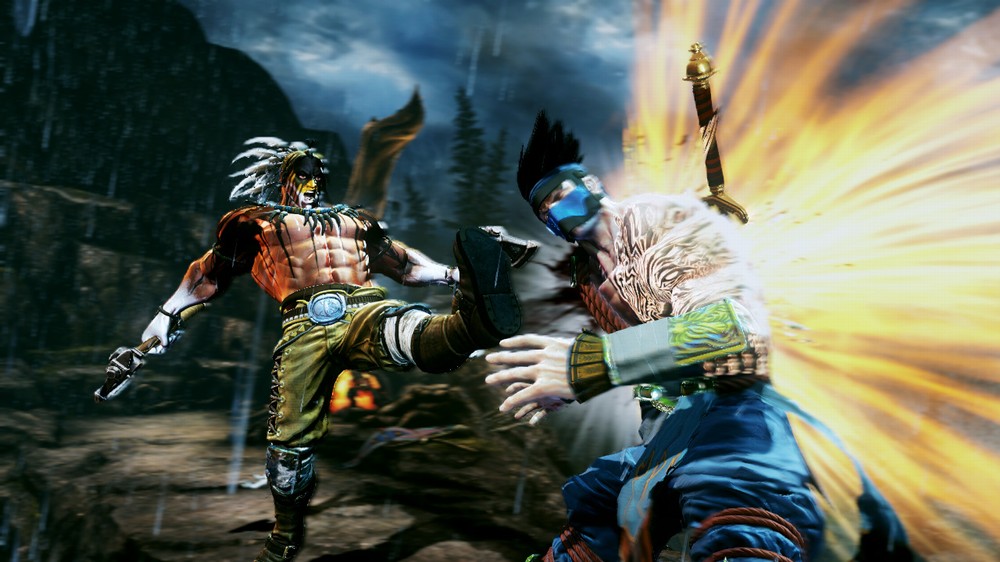 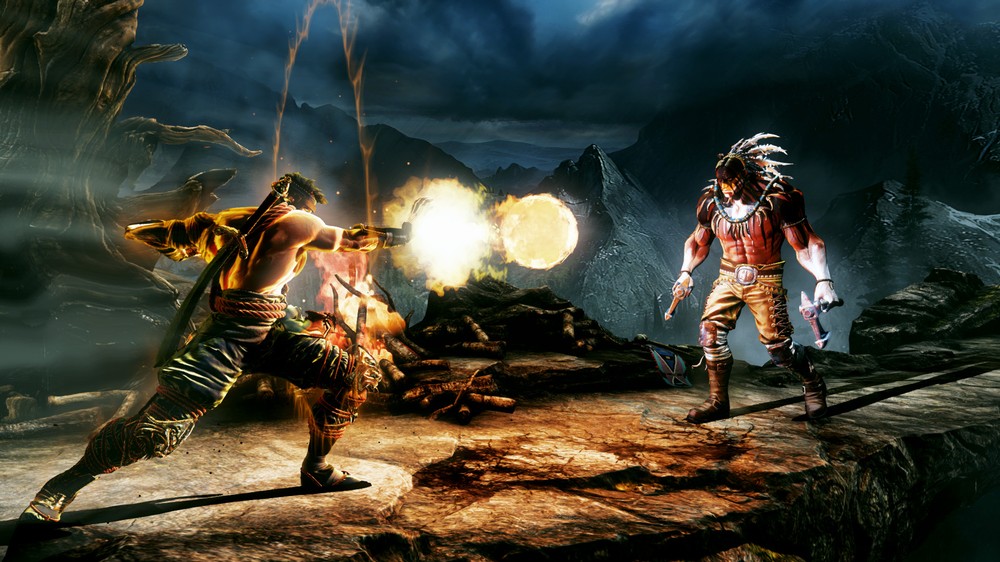 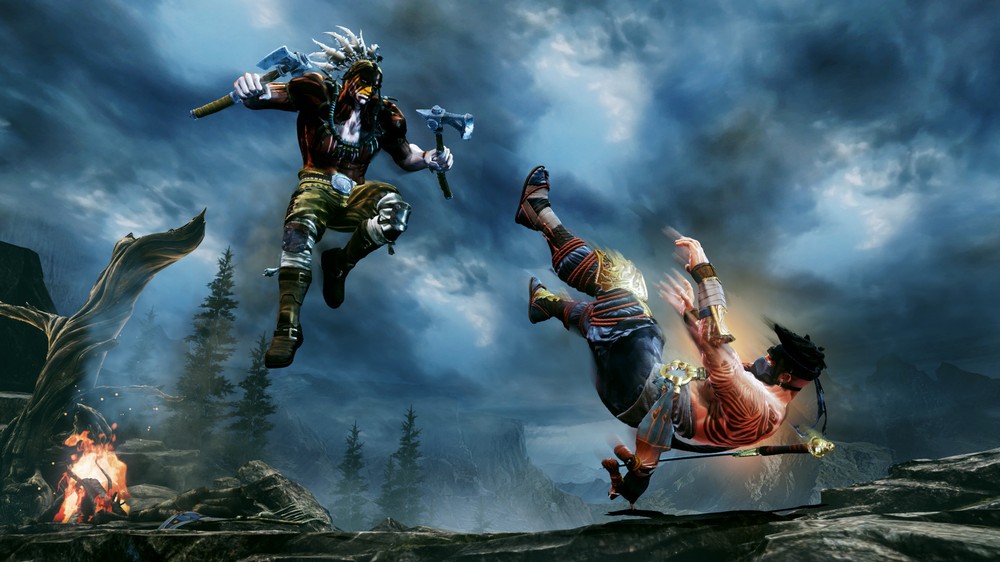 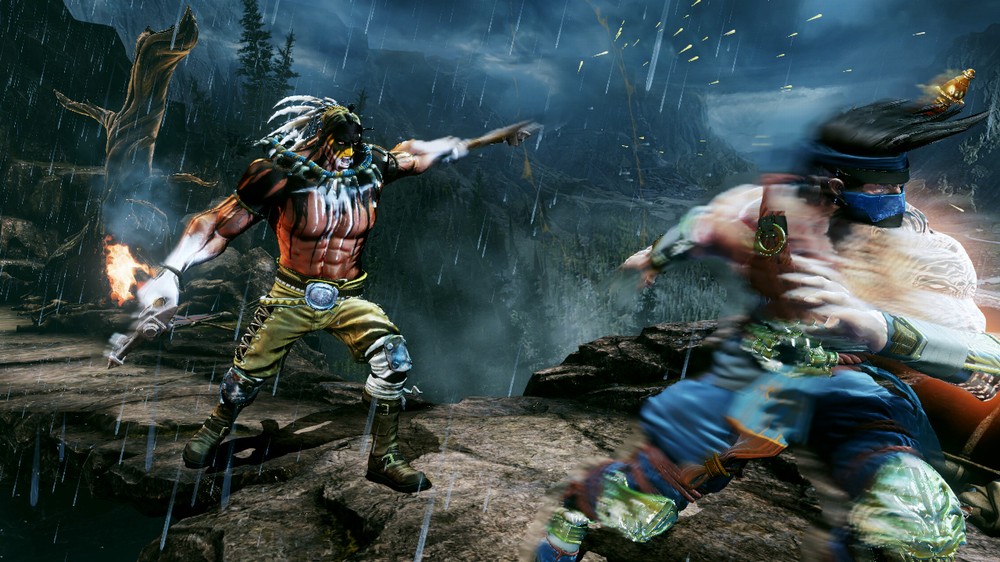 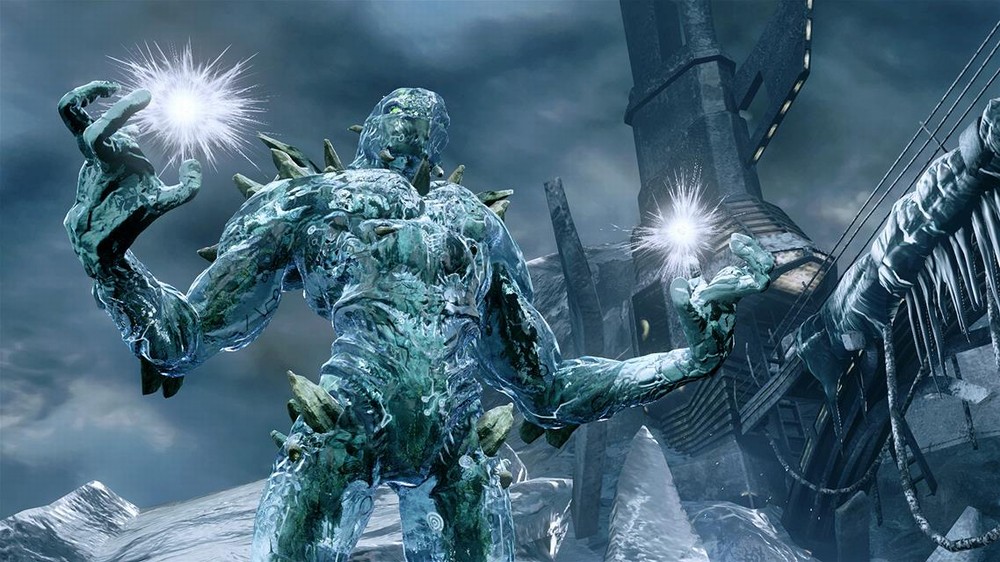 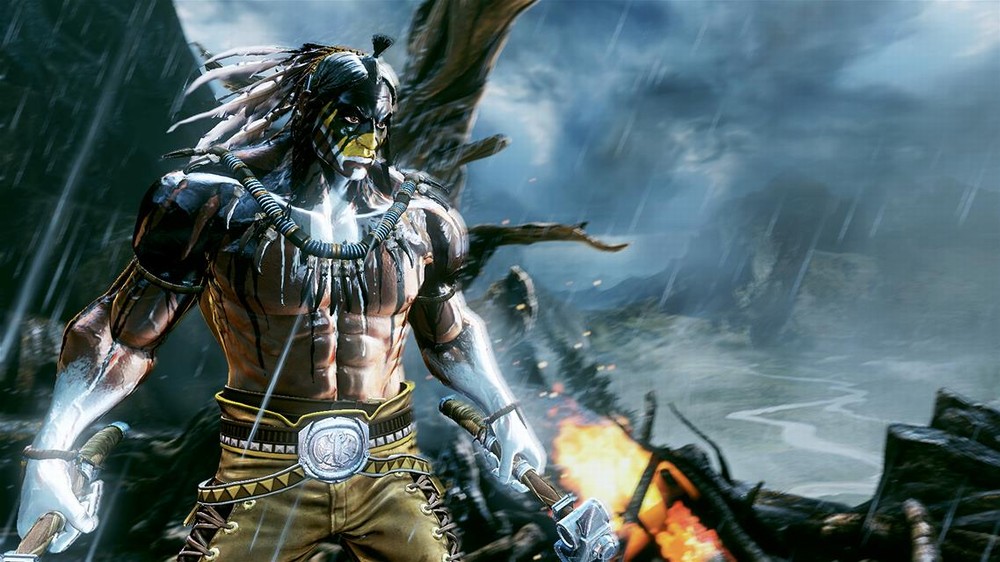 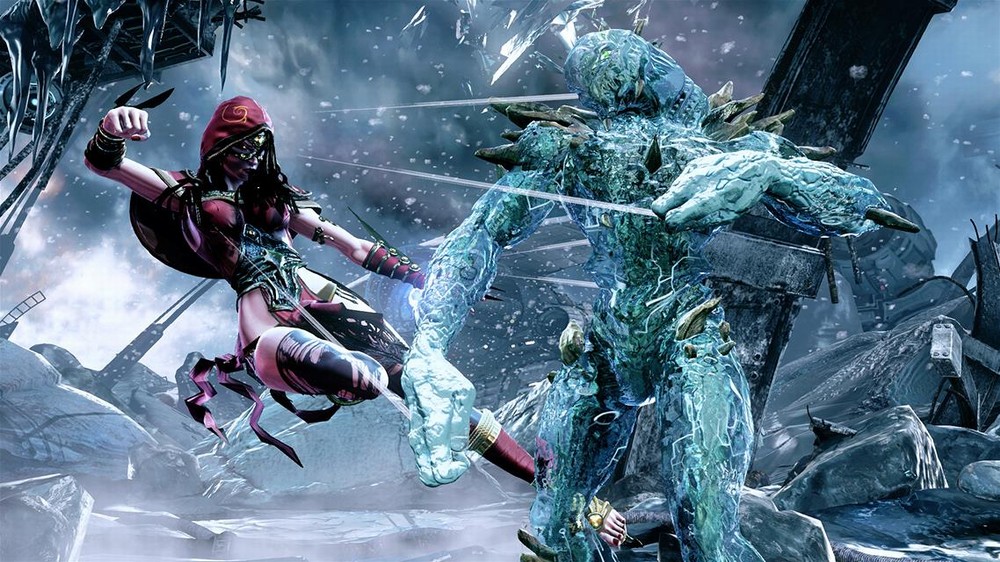 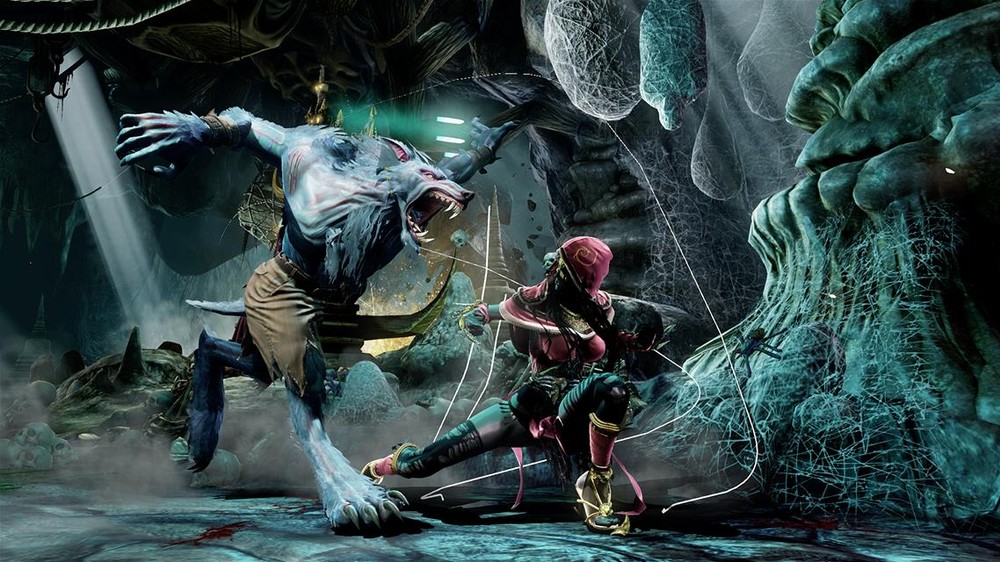 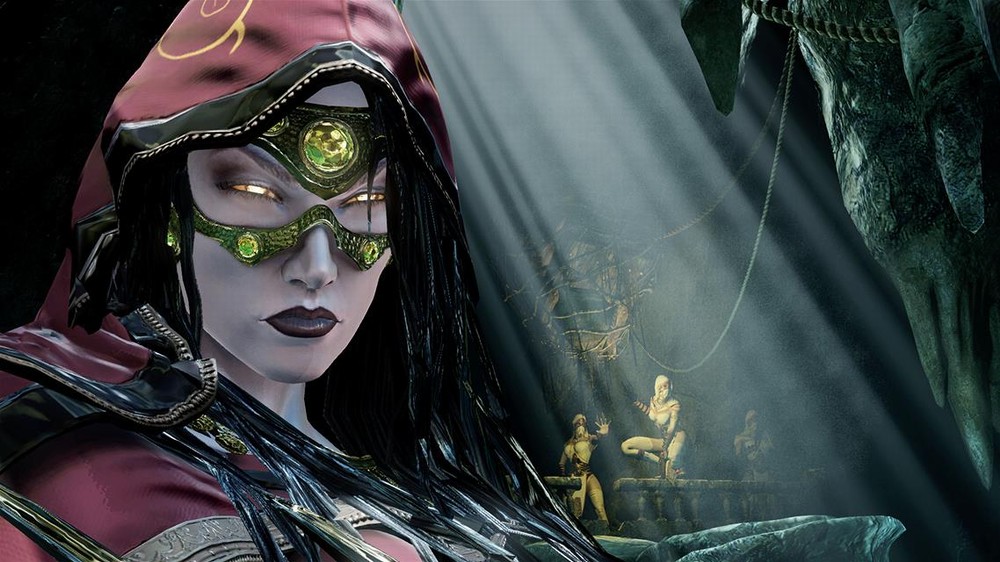