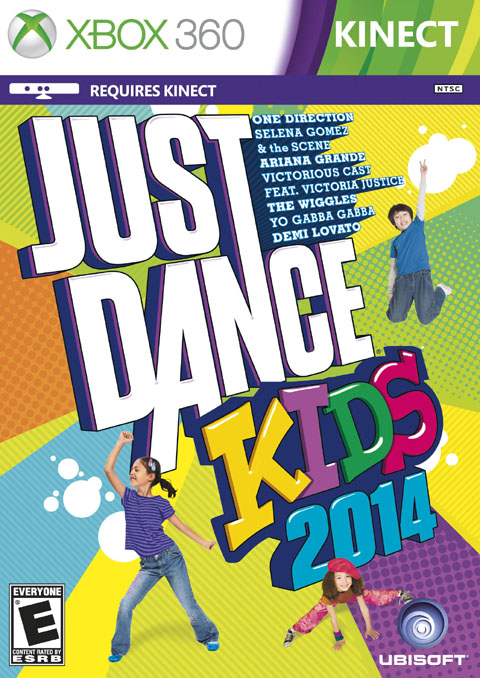 Great for the whole family and provides at least a few hours of appropriate and healthy fun.

While the teens might not be so impressed with all aspects of the game, Just Dance Kids 2014 makes for a fantastic evening or two of family fun.

Dancing games are all the rage right now, especially amongst the teenage and older gamers who like to shake their groove things along with their favorite pop bands.  It seems every time my daughter has one or more of her friends over, I hear the thumping of bass and the cackles of teenagers as the girls a bouncing off the basement walls to the sounds of popular singing groups like One Direction, The Wanted, and Lady Gaga.  Even my 11 and 9 year old boys and their buddies like to get into the groove once in a while – especially when the aforementioned girls happen to be staying over for some odd reason.

But I must say there are times where the subject matter of the songs I hear and the connotations of the dance moves I see leave me scratching my head wondering   if all of this is really appropriate for my teen and tween-age children and their friends.  Hence, the folks at Ubisoft have released a companion of sorts to their popular Just Dance 2014 release with Just Dance Kids 2014.

Notice the word “Kids” has been appended to the standard Just Dance title – which is appropriate, as Ubisoft has taken the very same energetic gameplay of their traditional Just Dance2014 title, and made some major modifications to make the game completely appropriate for kids of all ages.  Granted, it is hard to come up with a catch-all game appealing to the complete age bracket from 1-10 year olds, but the folks at Ubisoft have done a stand-up job by including a fairly diverse soundtrack. 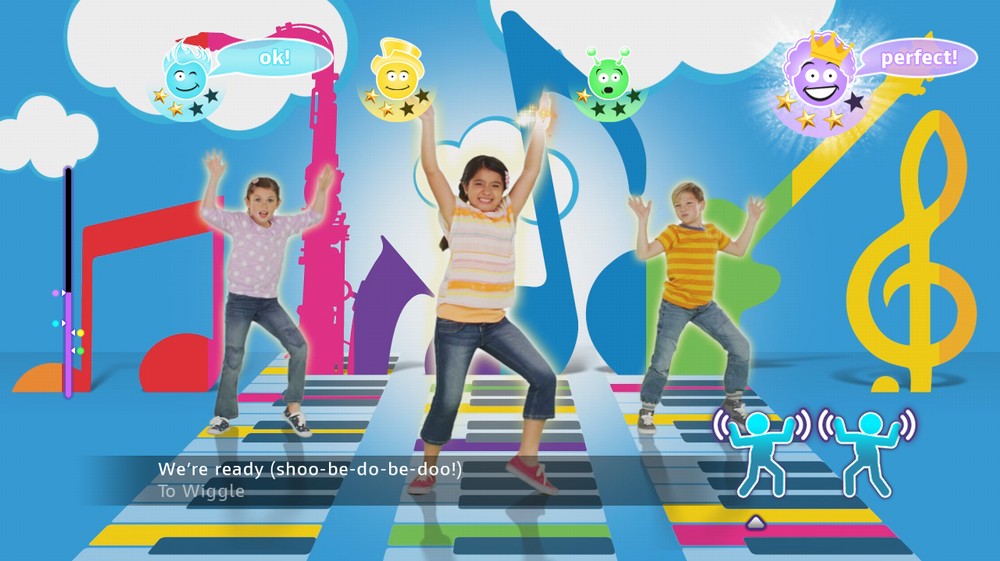 With songs ranging from toddler-favorites like The Wiggles’ “Get Ready To Wiggle” and Yo Gabba Gabba’s “The Freeze Game” to preteen anthems like Selena Gomez‘s “Hit The Lights” and One Direction’s “One Thing” there is sure to be at least one song for each member of the family.

Mom and Dad even get a chance rock out to classic 80’s tunes like Pat Benatar’s “Hit Me With Your Best Shot,” Kenny Loggins’ “Footloose,” and Tears for Fears’ “Shout.” Even the youngest of the young will find versions of popular nursery rhymes “Hickory Dickory Dock” and “Mary Had a Little Lamb” to dance about.  Every song has been selected carefully to avoid any awkward or questionable lyrics, content, and themes, as have all the dance moves the game suggests.

Given that Just Dance Kids 2014 has a much younger target audience, the game’s overall difficulty has been tuned back to allow for a little more freedom in, er…interpretation.  As a result, there is very little sense of competition or challenge in the gameplay which may tend to leave some older gamers feeling a bit empty at times, although the apple on a stick of achievement points does give some sense of purpose.

Just Dance Kids 2014 may not win any awards for best dancing game – heck, the game’s biggest competition is its own sister-release, Just Dance 2014 which I recently reviewed.  But Just Dance Kids 2014 is a game that appeals to the whole family and provides at least a few hours of appropriate and healthy fun. 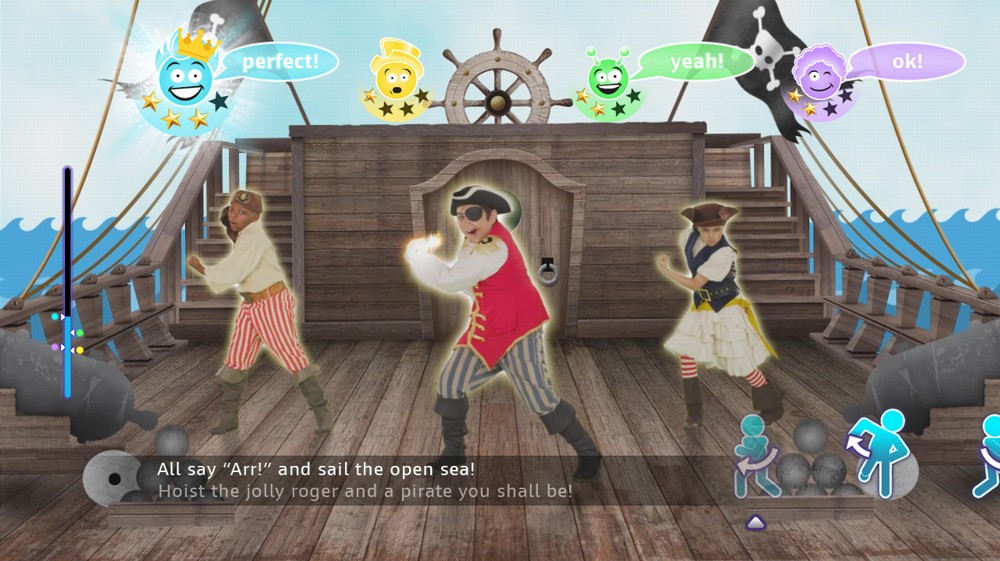 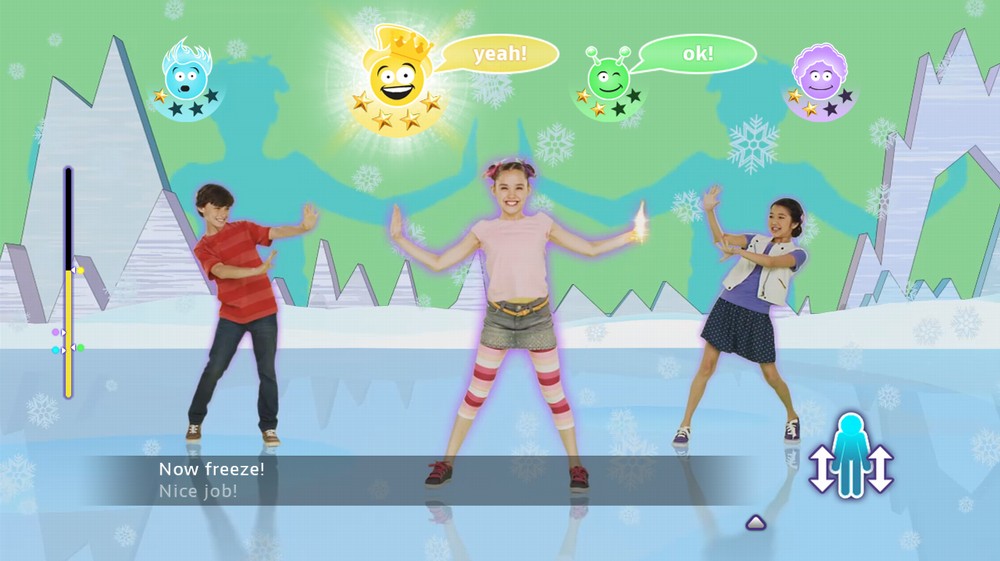 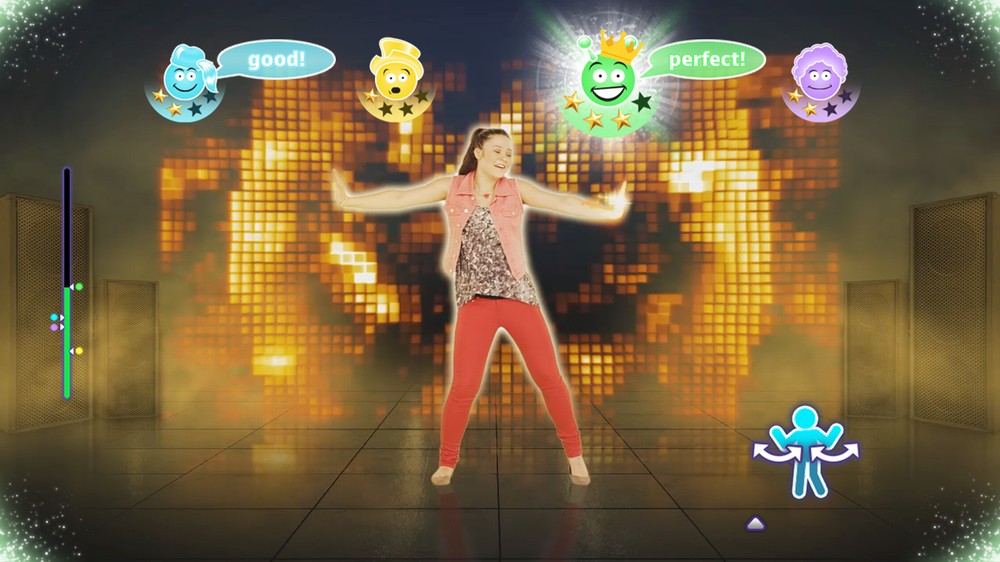 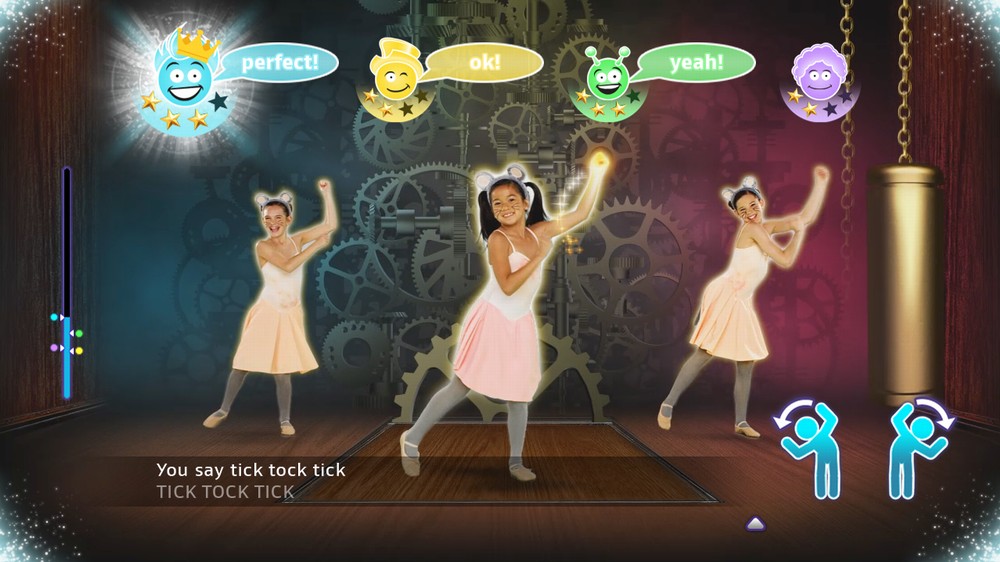 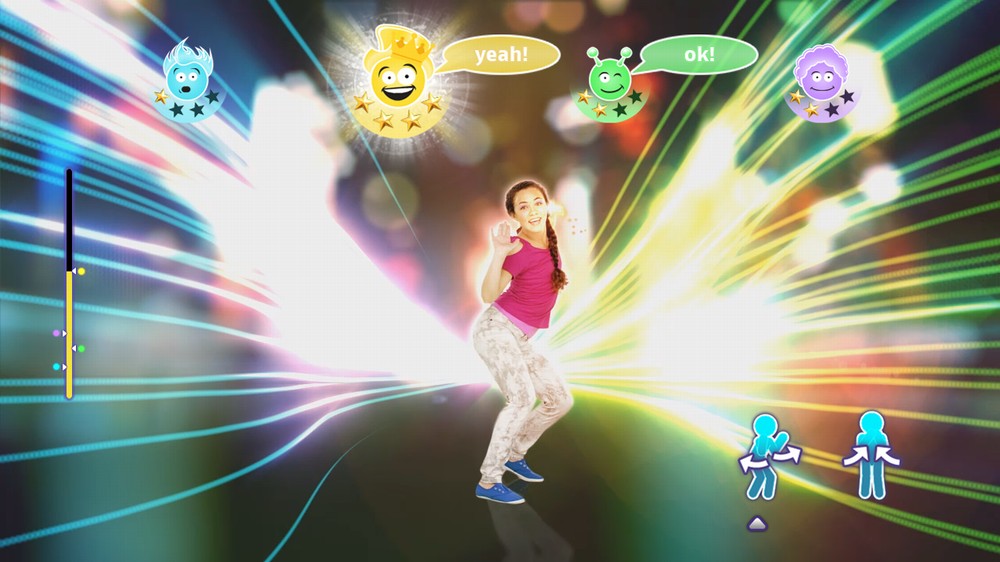 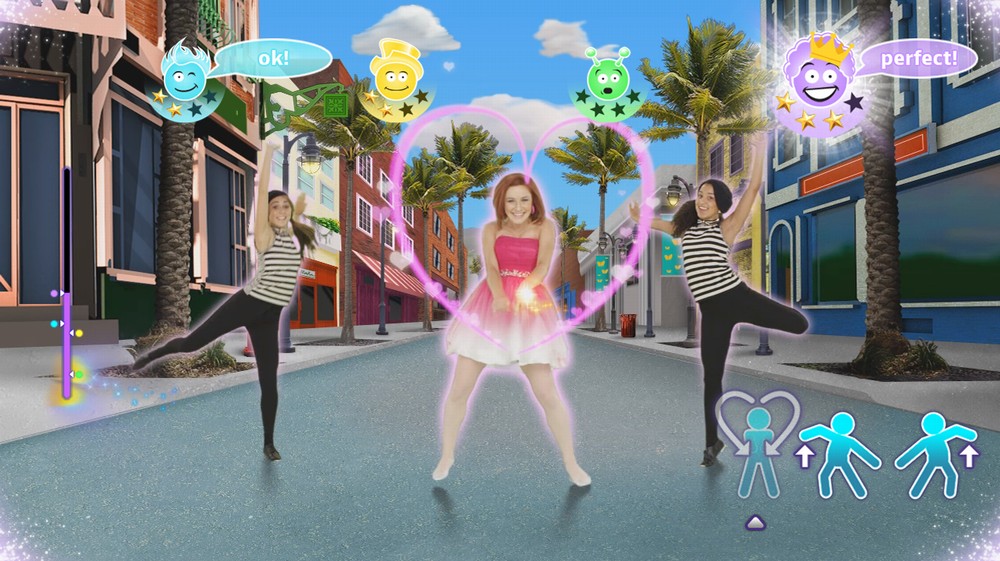 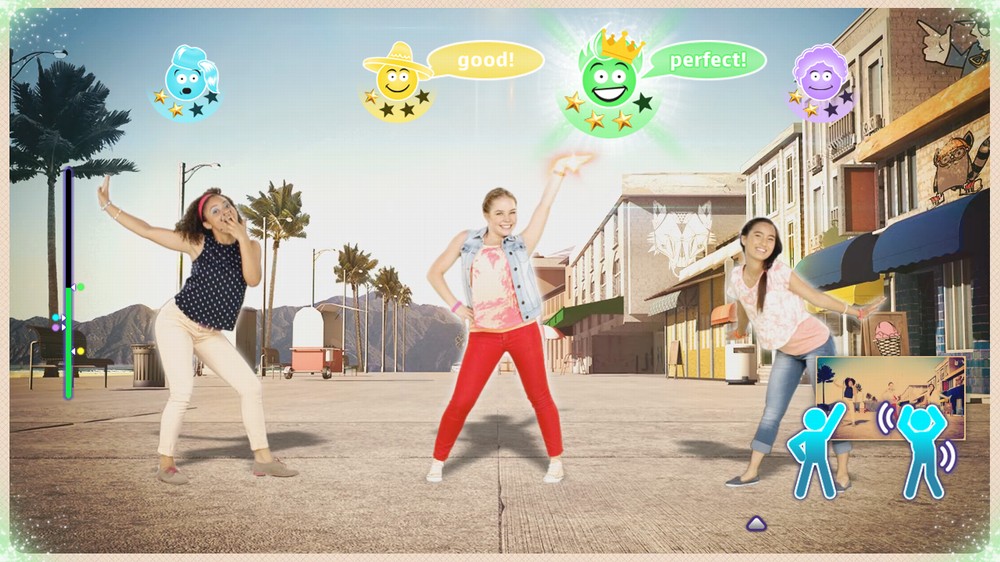