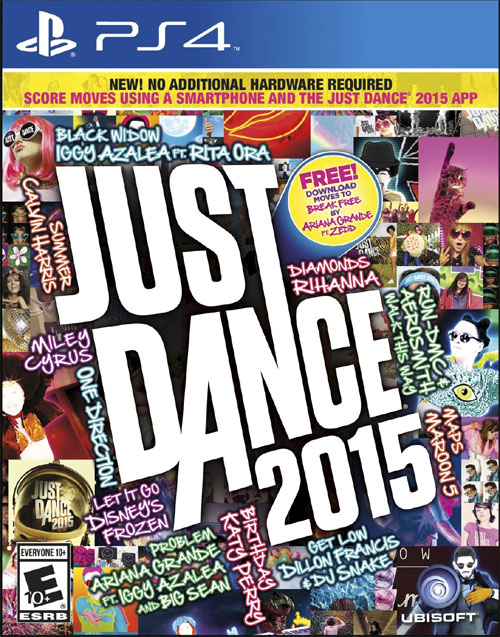 Great for parties but not so much fun playing alone.

Just when you had thought that the motion-controlled dance genre had run its course and the flagship franchises were headed to the great gaming retirement home in the sky to mingle with the likes of Rockband and Guitar Hero, Karaoke Revolution and of course, Dance Dance Revolution – Ubisoft has decided to try to squeeze one more drop of blood from the gaming orange with Just Dance 2015.

Fully tooled-up for the PS4, Just Dance 2015 offers a solid and diverse soundtrack, support for a variety of input devices, and even a karaoke mode, which equates to a fully accessible and enjoyable party gaming experience.   However, given the questionable motion sensing mechanics and the utter lack of consistency with respect to scoring, dance gaming purists looking  for a single-player challenge are sure to cry foul.

Riding the current trend of gameplay video sharing via services like Twitch and UStream, Just Dance 2015 offers its own “Community Remix” mode allowing gamers to share videos of themselves dancing the game’s routines, to be judged online by the rest of the community. Obviously, the Community Remix mode only applies to owners of the PlayStation Camera – but it does provide narcissistic gamers the opportunity for their fifteen minutes of fame on the Interwebs. 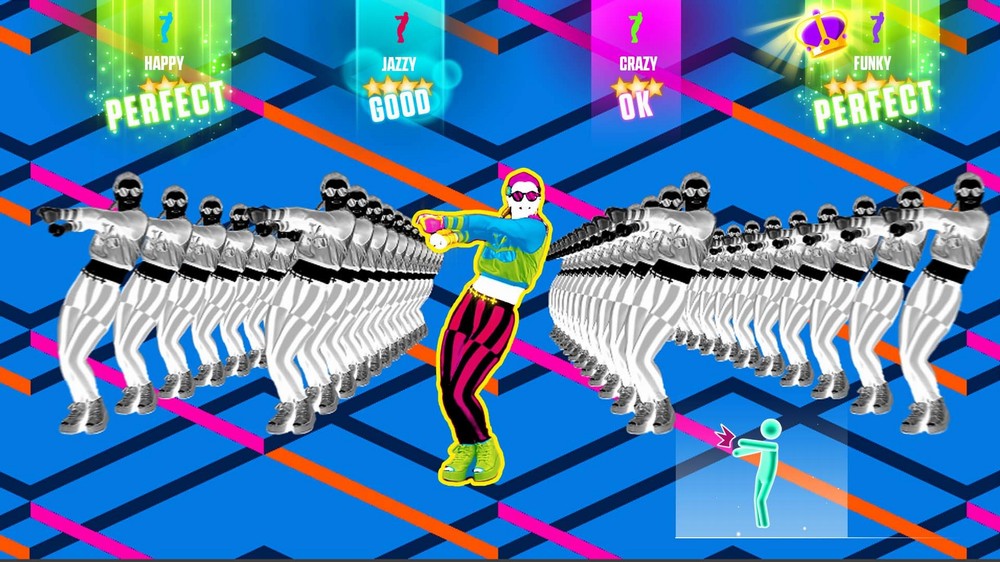 In that same train of thought, we have the other notable addition to Just Dance 2015 – the “Just Dance VIP” mode.  Although not fully populated at this point, Just Dance VIP is to feature the gameplay videos of media celebrities – for example,  web comedy duo Ian Andrew Hecox and Anthony Padilla of Smosh dance to Iggy Azalea’s “Black Widow.”  It is truly as embarrassing as you think it would be, but I can see how it would give fans a sense of connection similar to any other social media.

Party Master and Dance Mashup make a return, as does the always-enjoyable Karaoke mode – but really other than the updated soundtrack, the two aforementioned sharing modes pretty much sum up the differences between 2014 and 2015.

Let’s talk about the soundtrack.  The main spotlight obviously is on the inclusion of the smash hit “Happy” by Pharrell Williams – which serves basically as the theme song for Just Dance 2015.  But that’s only the start of the top-billed artists, which include the likes of Katy Perry’s “Dark Horse,” One Direction’s “Best Song Ever,” and Ylvis’s “The Fox (What Does the Fox Say?).”  There are also a number of songs from current teenage heartthrobs 5 Seconds to Summer and Calvin Harris that are sure to make the young gamer girls melt. 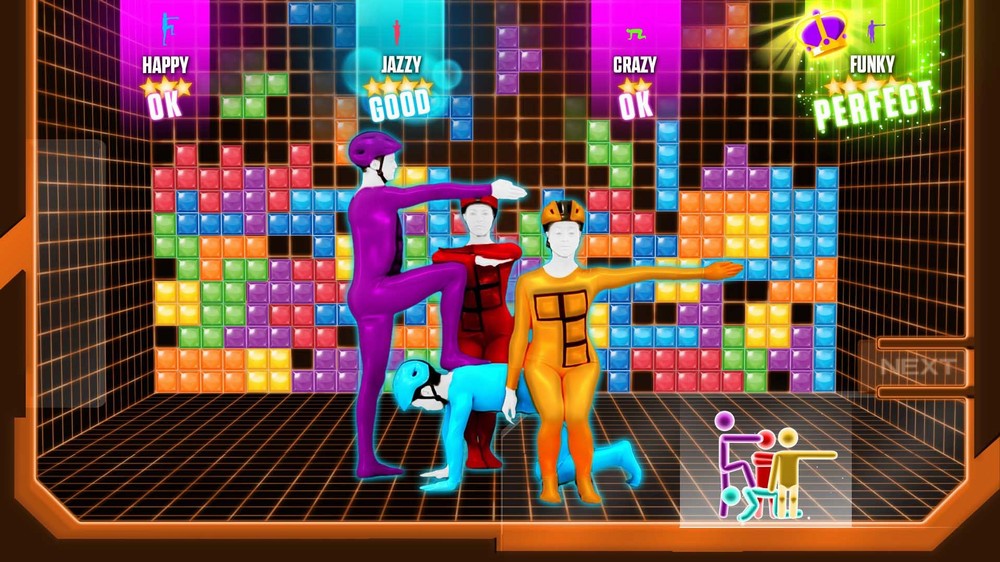 A majority of Just Dance 2015’s 45-song soundtrack is contemporary (within the last 3 years), but it also features a fair number of classic tunes, including Marvin Gaye and Tammi Terrell’s 1967 hit “Ain’t No Mountain High Enough,” Bobby McFerrin’s 1988 classic “Don’t Worry, Be Happy,” and the 1989 Run DMC and Aerosmith collaboration “Walk This Way.”  There are some truly bizarre choices, like Pat Boone’s “Speedy Gonzales,” the in-house band Dancing Bros. performing the just-as-it-sounds “Tetris,” and the sappy ballad “Let it Go” from Disney’s blockbuster film Frozen.

The diverse soundtrack means that there is something for everyone to enjoy – even if just for a giggle.  And that’s truly where Just Dance 2015 shines – is in eliciting laughs, especially in a party situation where the game’s sloppy motion control recognition means very little to the overall outcome of the game.

Supporting up to three dancers simultaneously, Just Dance 2015 offers a bevy of input methods – from the underutilized Playstation Camera, to the equally-underutilized PlayStation Move controller, or even Android and iOS devices via a free downloadable applications (Google Play or Apple Store).

Ironically, it is precisely this menagerie of input options that we start to notice just how inexact the motion control recognition in Just Dance 2014 really is.  Now, this isn’t my first Just Dance review – looking back I have reviewed Just Dance titles on the Wii and on Xbox 360, and I have to say that with those titles I really feel like the motion controls via the Wii remote and the Xbox Kinect camera more accurately tracked my movements than I experienced with Just Dance 2015. 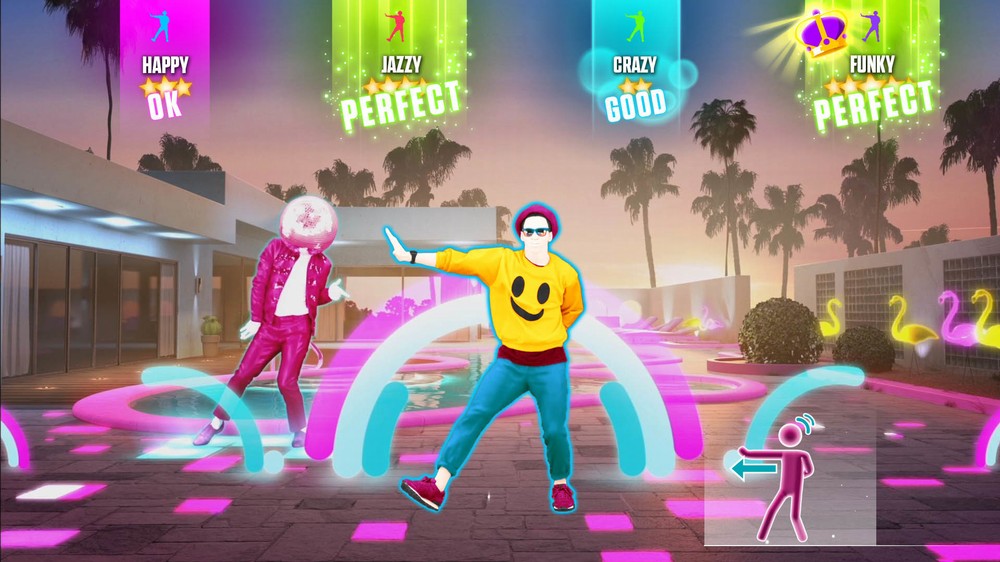 Why?  Because I consistently scored at the top of the scale, even when I hardly moved an inch during the song.  A simple test showed that I received more “Perfect” indicators when I barely moved than when I actually tried to maintain a sense of choreographic timing. This was obviously a bit of a letdown, especially coming off the noticeably more accurate Kinect sensor titles.

This lack of precision means little when in a multiplayer party atmosphere in which the main focus is to have fun.  But for single-player gamers looking to truly master the game, it feels a bit cheap to have points doled out so easily.

Like most dance games, Just Dance 2015 is all about the party play – because nothing beats lining up in front of the screen with a few friends for a bit of foolish fun.  And if you think wrongly– like I did – that the dancing game genre is all but washed up and irrelevant to today’s gamers, I can attest with experience that the teens of today still love Just Dance.  As soon as I brought the review title home, my house has been abuzz with the Happy Dance.  Every friend my daughter has had over has made a pretty big deal over Just Dance 2015.

Just Dance 2015 has its share of problem – not the least of which is that it’s far too easy – but it is the perfect vehicle for some wild group party play.  The diverse soundtrack is sure to have a little something for everyone, and even the stuff you don’t like is still pretty enjoyable.  Pick it up if you are going to have some friends over and need to find an energetic diversion – but single player gamers might not be so pleased with the lame motion controls. 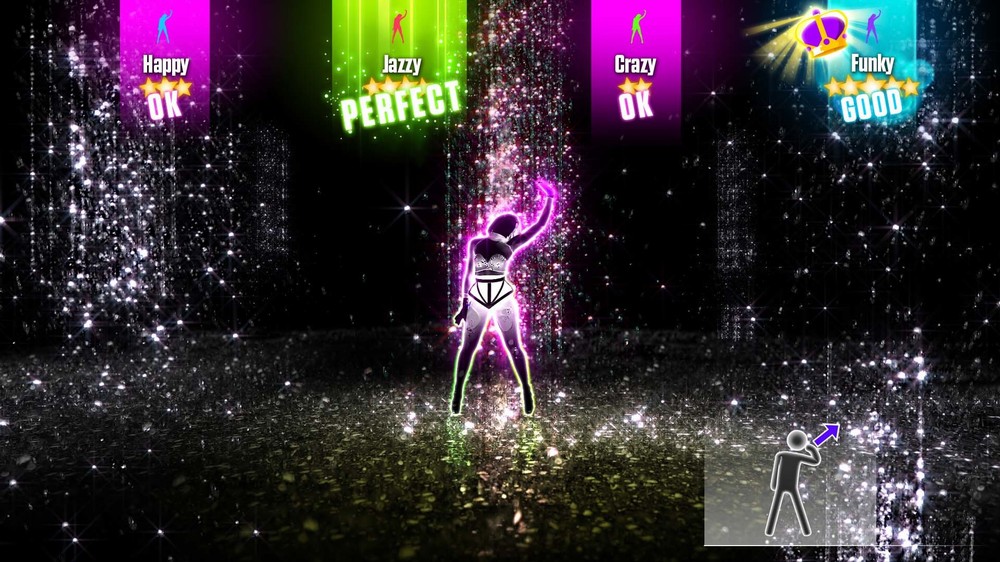 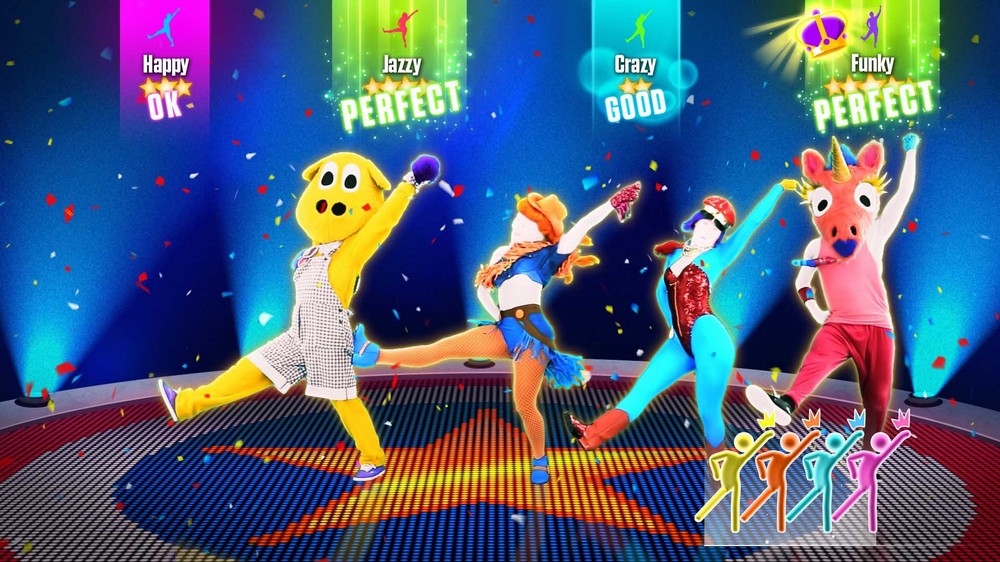 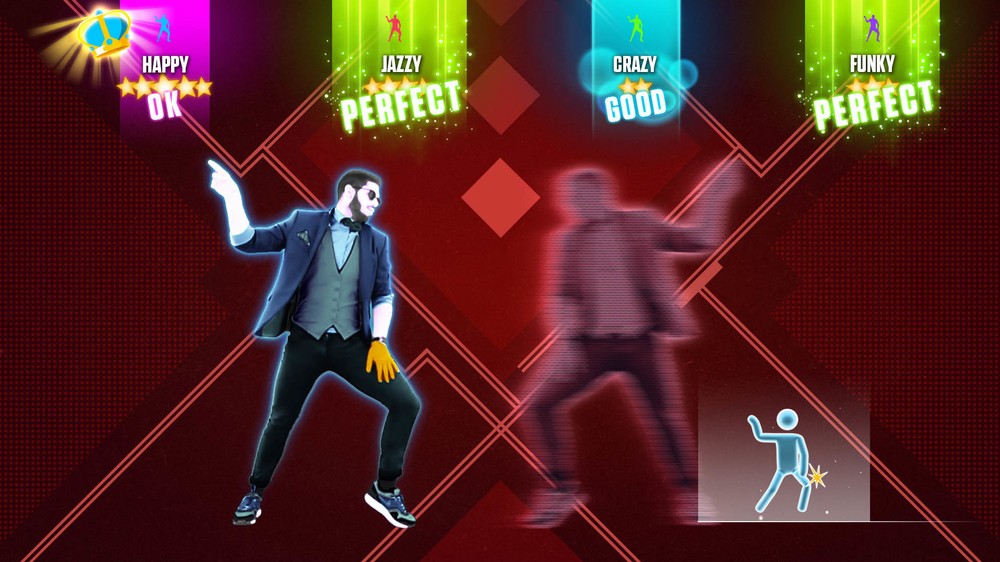 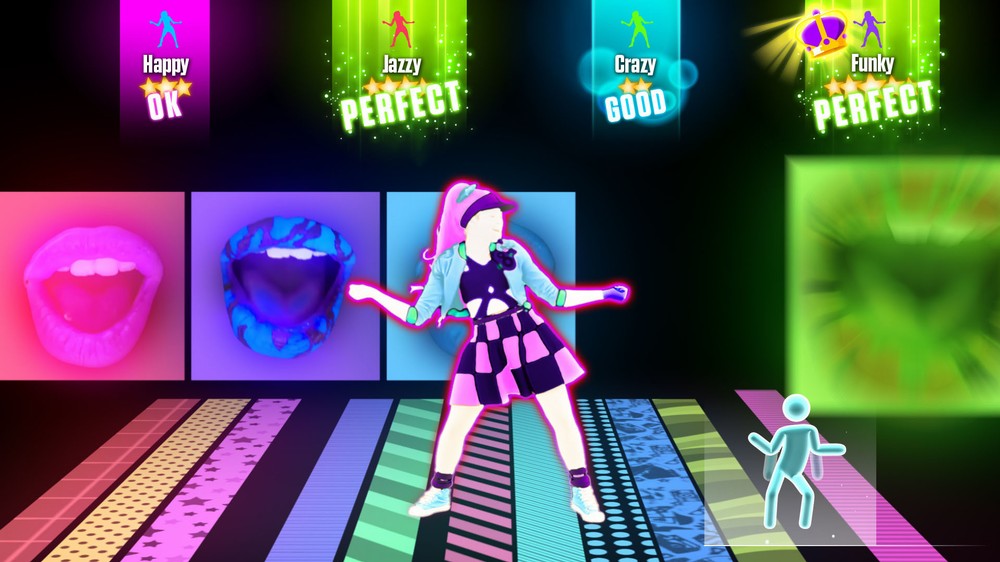 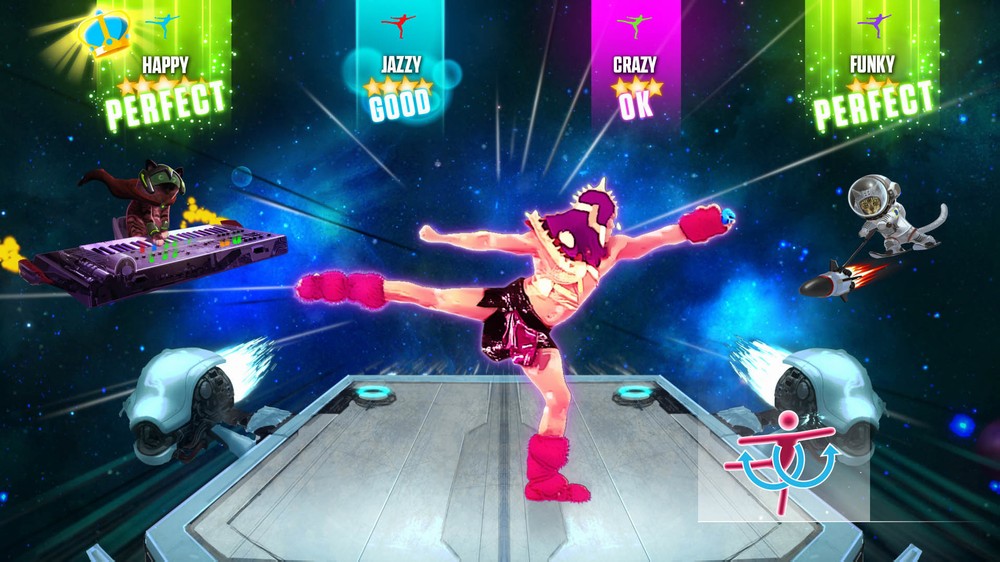 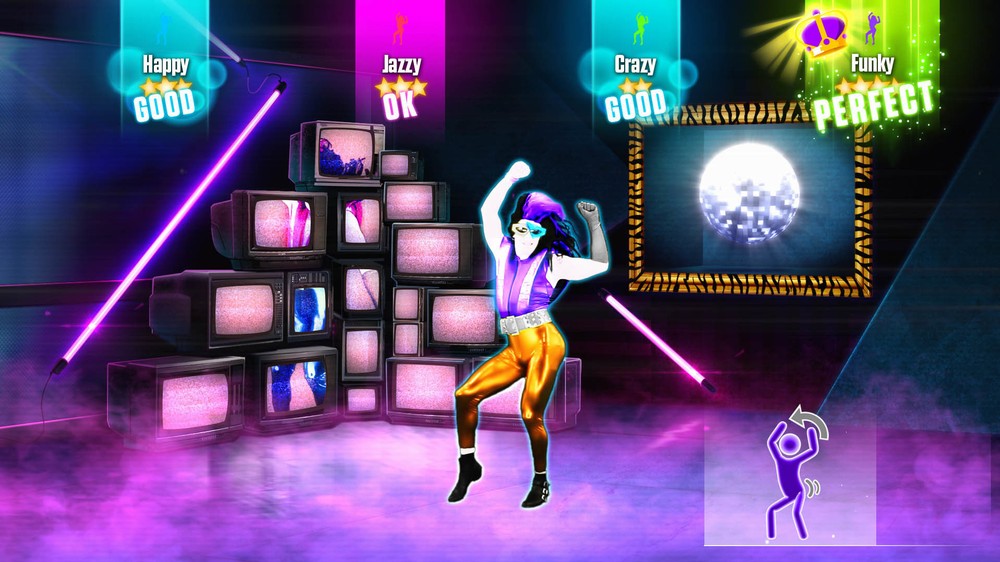 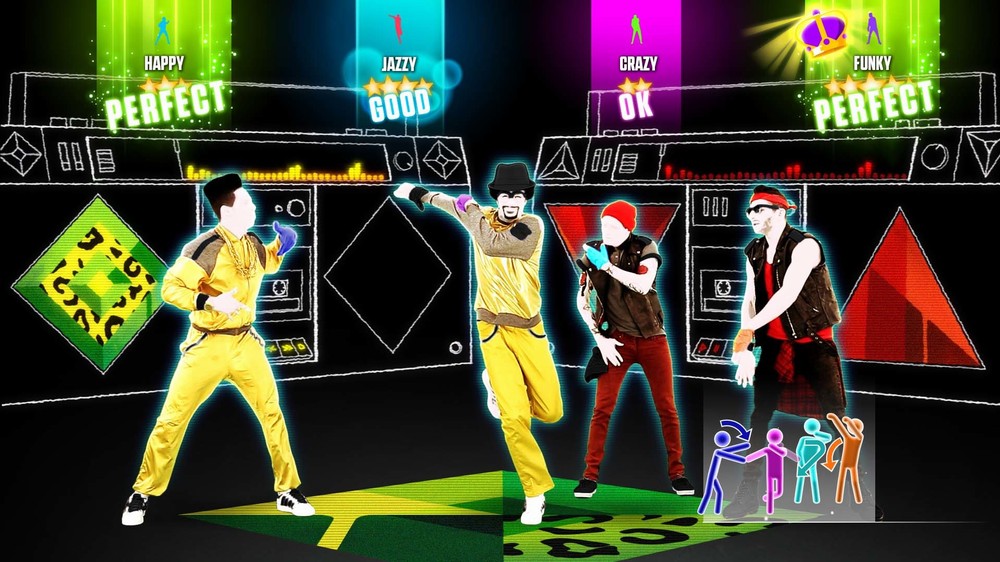