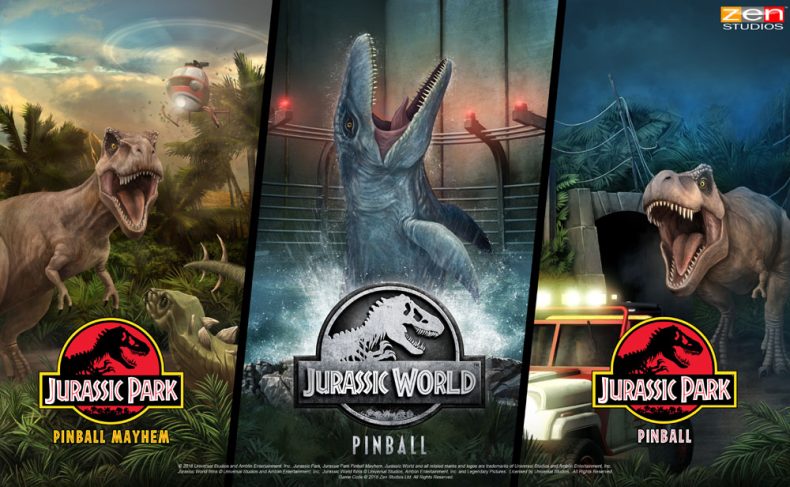 Amazing adaptation and thrilling way to relive the franchise.

Up first is Jurassic World Pinball containing more than 40 scenes from the movie brought to life with amazing models, action sequences, sound effects and the voices of Claire and Owen guiding your journey as you try to escape the park.   The opening flyby of the table only hints at the action ahead as you get to feed a shark to the giant Mosasaurus, navigate the valley in Gyrosphere pinballs, take out Pteranodons, train Raptors, and ultimately face off against the Indominus Rex. Gameplay on this table is fantastic with lots of fun chutes and rail rides and a great 3D construction that made it look like an actual section of the park from the movie. 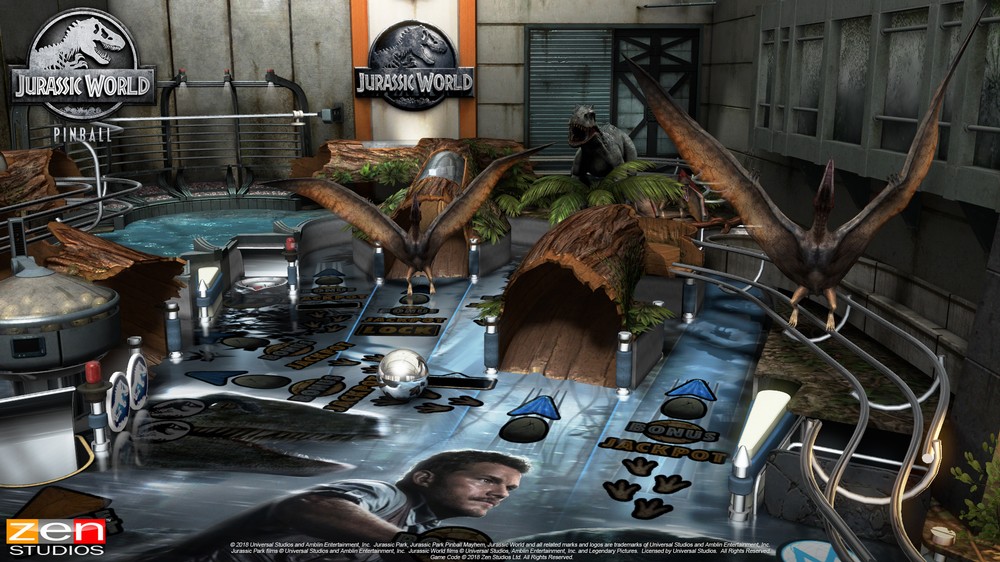 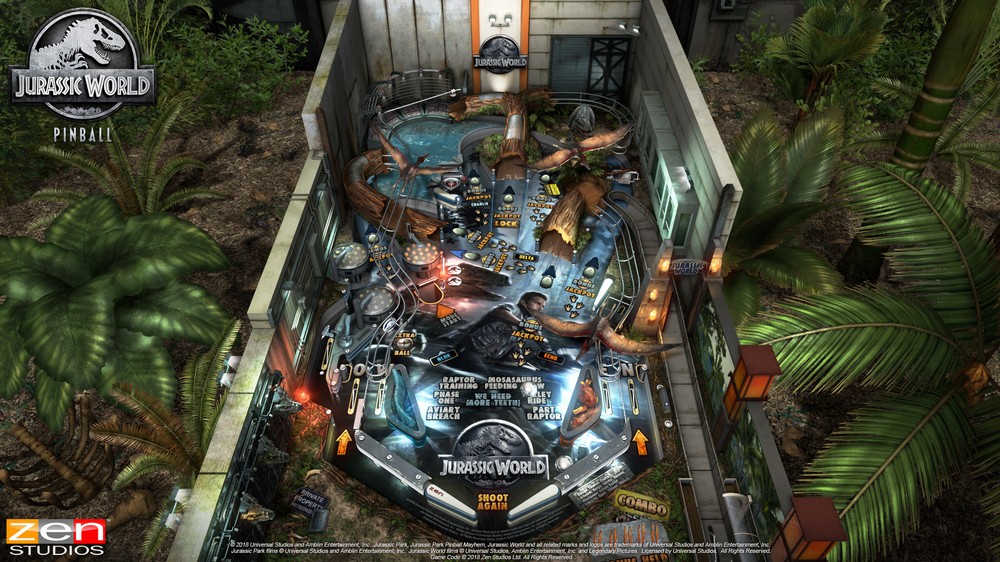 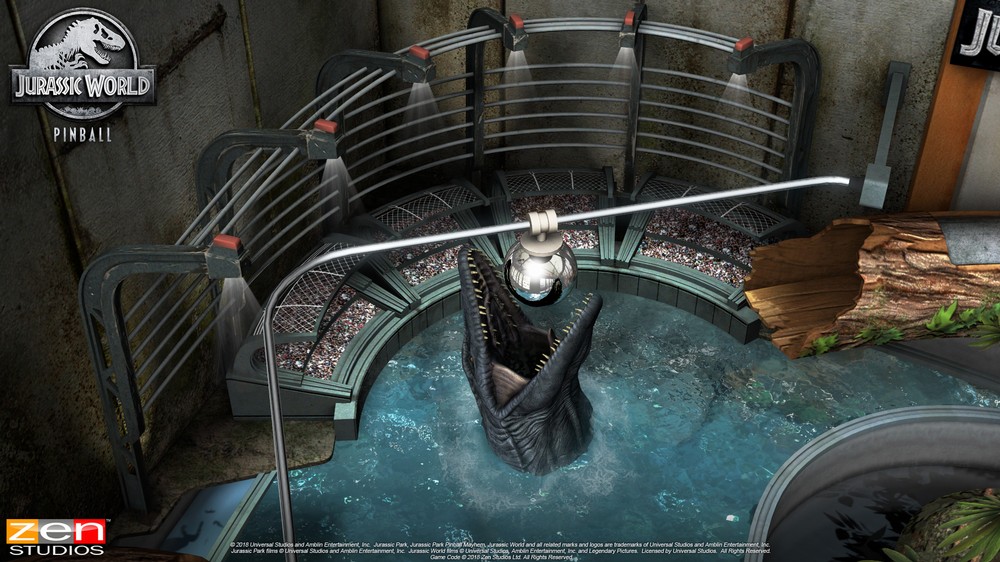 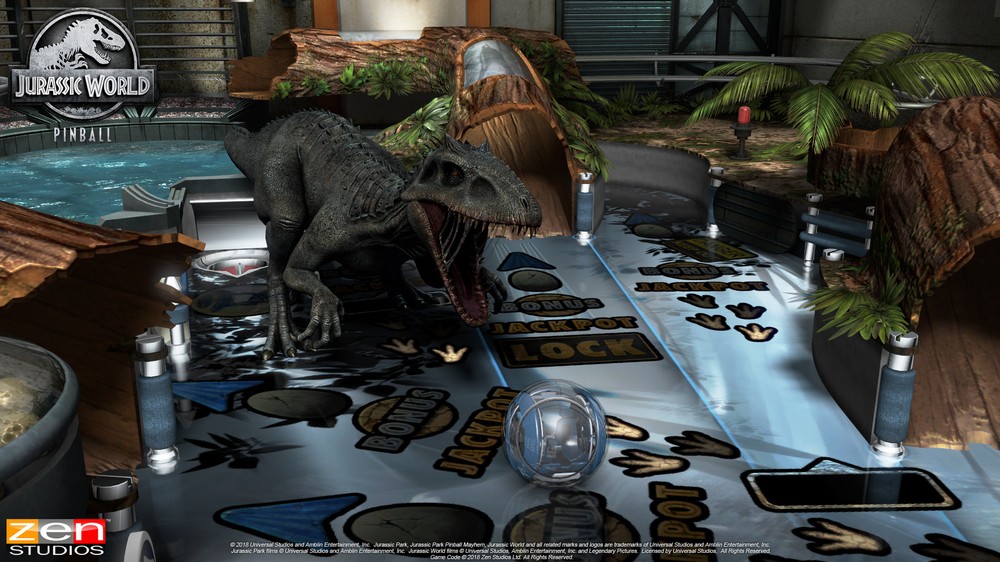 Jurassic Park Pinball certainly brought back lots of memories with its signature music and quotable bits of dialogue take right from the film. There is a Raptor pen that opens allowing Raptors to start running about the table, and the T-Rex chase is captured surprisingly well for a pinball game. Target the “King Kong” gates to smash through to new areas, break into the electrical room, spiral past the T-Rex to the chopper pad, target some shaving cream, or reenact the thrilling kitchen scene with the Raptors. Again, this is another perfectly constructed table with engaging interactive targets, lots of 3D animated creatures, and all the signature moments and sounds from the film. 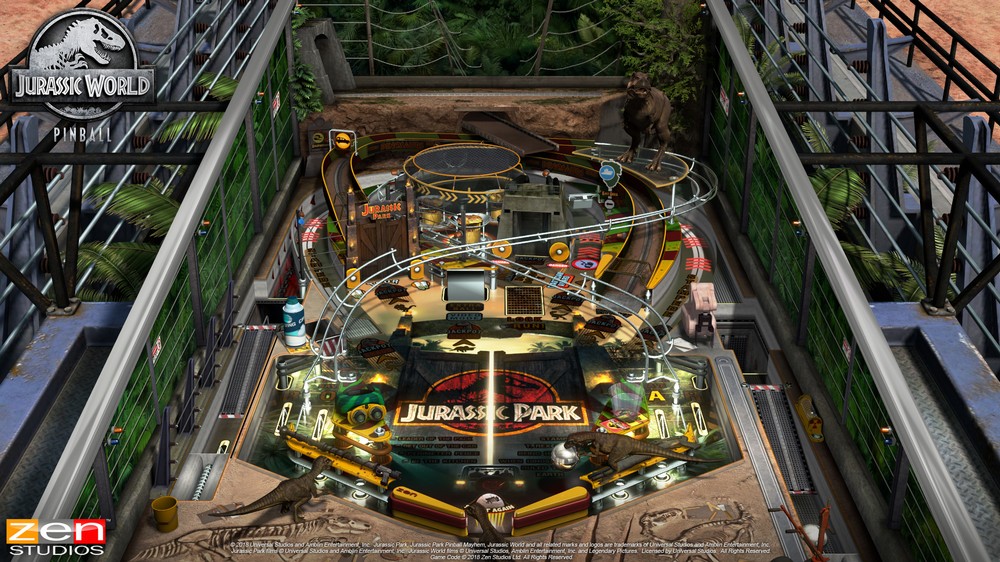 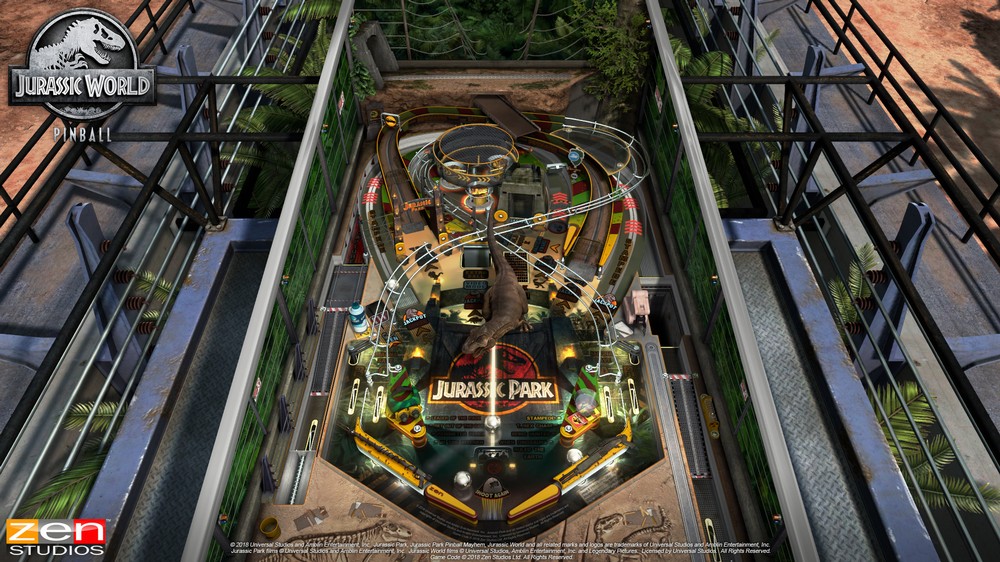 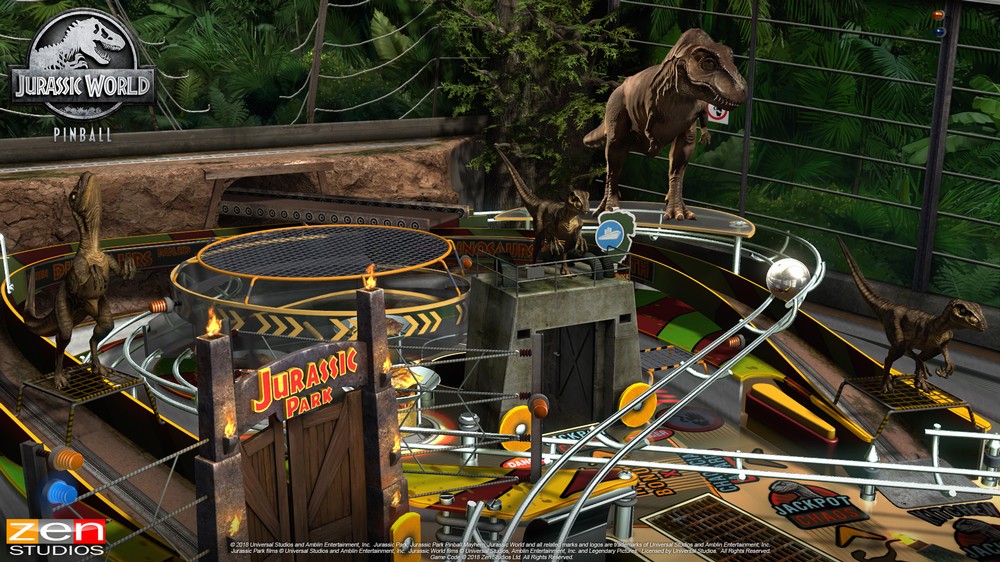 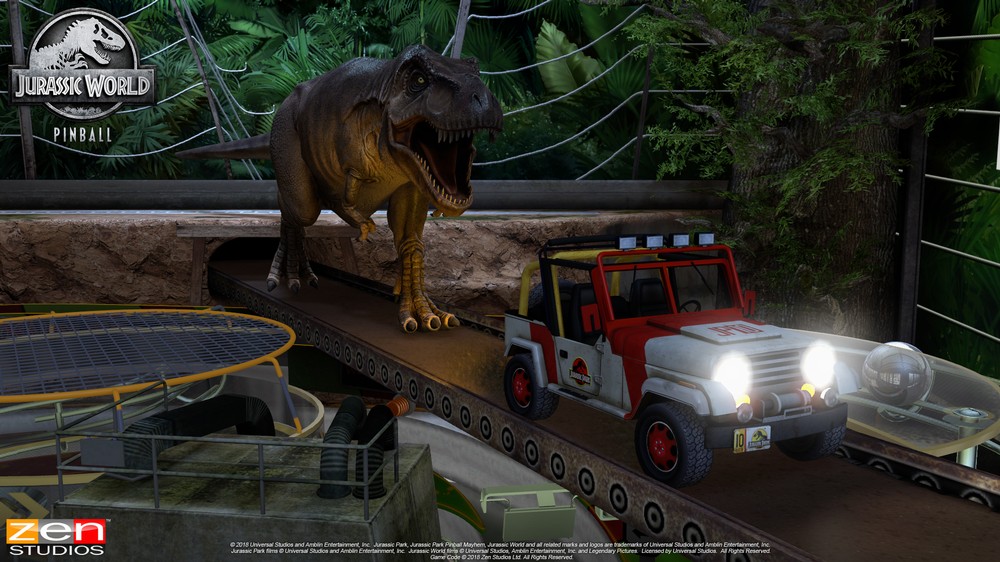 Last up is Jurassic Park Pinball Mayhem, which is more of an extension of the original film as we see what happens on the island after the movie ends.   Starting off with a skill shot to stick your ball onto the Stegosaurus’ tail right out of the launcher it only gets more challenging in a table where you get to play as the dinosaurs as well as rescue workers trapped about the island. Visit famous locales like the North and East Docks, the Visitor’s Center, and Hammond’s Lodge to level up your rewards while simultaneously defending a Triceratops from Raptors or even clash with the T-Rex as the spikey tailed, Stegosaurus. Since it wasn’t based directly off a movie I wasn’t as invested in the underlying story of the table, but there was a lot of thrilling pinball set pieces, challenging targets, and fun chutes and rail rides to explore. 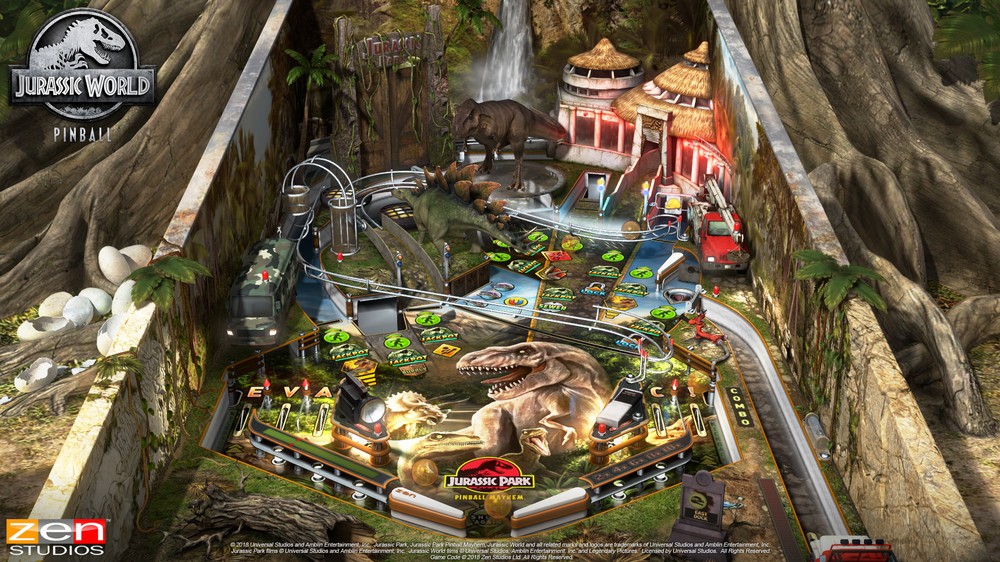 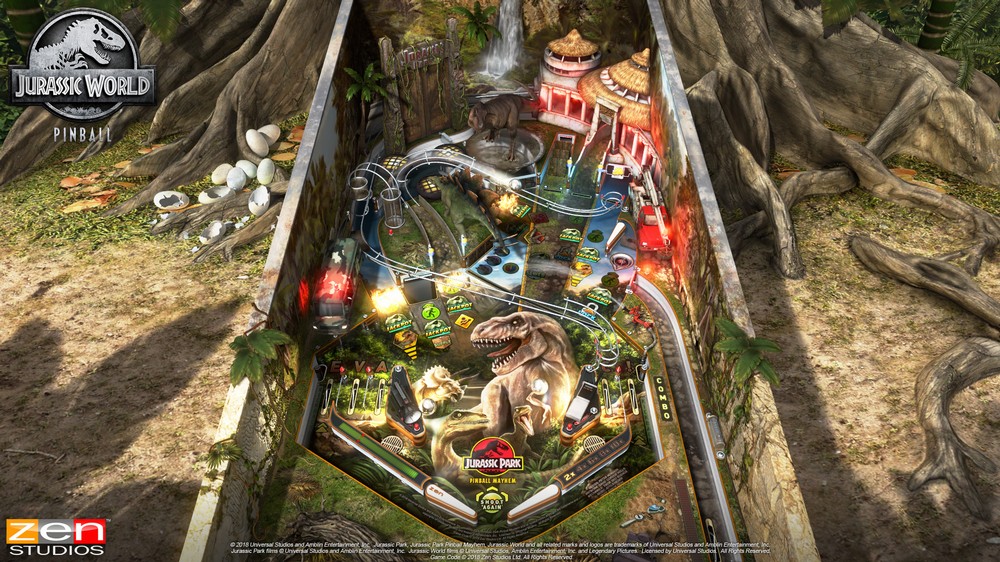 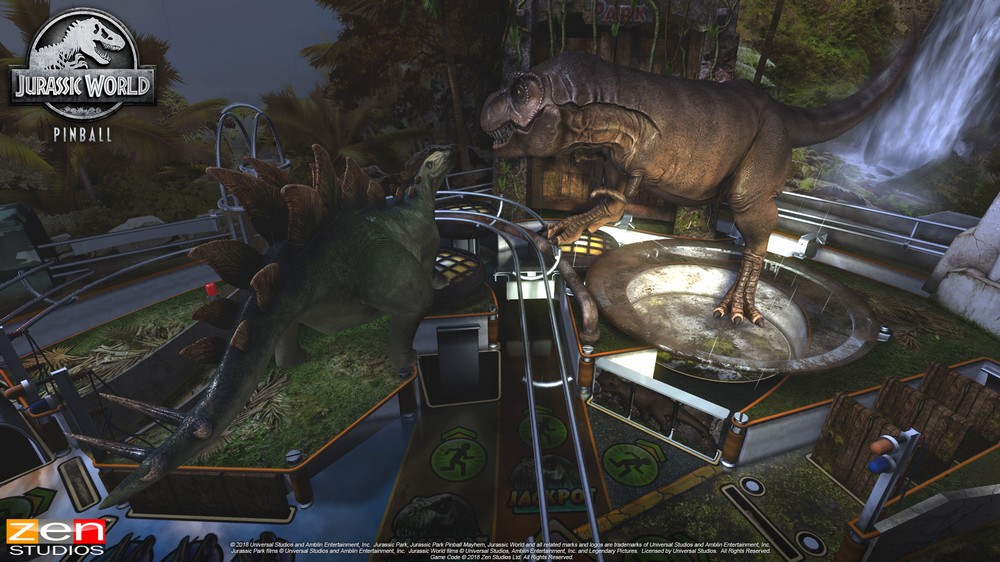 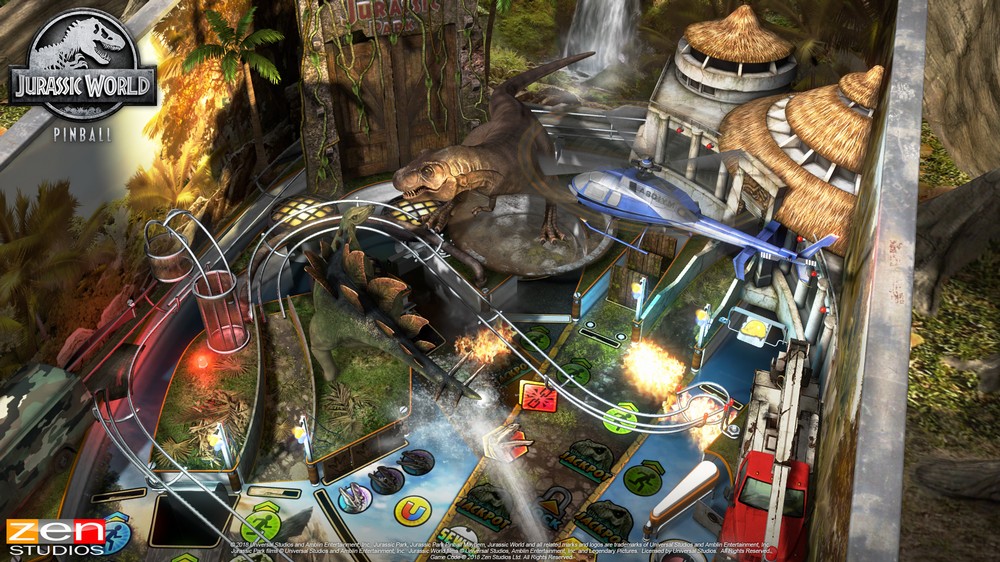 As always, Zen Studios knows how to make the most of a license, and with the stunning new engine driving Pinball FX3 to even more precise physics and visual fidelity, Jurassic World Pinball is a fantastic way to celebrate their latest game platform and the upcoming film that will thrill us this summer. These are some of the best tables available for the FX3 engine ranking right up there with Jaws and Back to the Future. And you don’t even have to be a fan of the films because everyone loves dinosaurs, even when they invade our pinball games.

Check out more than 45 minutes of live gameplay for all three tables.