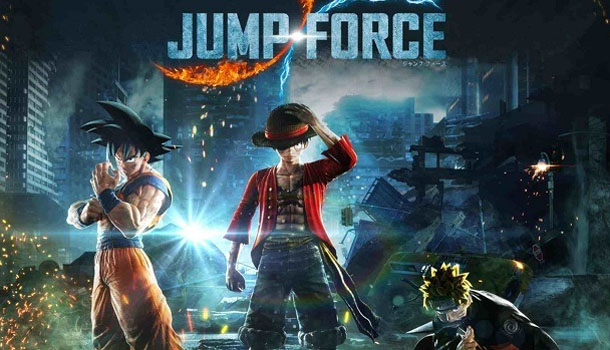 I remember watching Microsoft’s E3 2018 conference when the Jump Force trailer first premiered. I was unsure, at first, of what I was seeing: I recognized characters from One Piece, Naruto and Dragonball, but couldn’t figure out what they were doing in the same game. As it turns out, they’re all featured in Shonen Jump, a weekly manga anthology, and Jump Force was releasing to mark the 50th anniversary of the magazine. Jump Force features characters from more than 15 different properties contained within the magazine, and in typical fighting game fashion, you can pit them against each other however you see fit.

The first place that you’ll start within Jump Force is the story mode where, after a quick glimpse of seeing Times Square getting destroyed, your avatar will be struck down by an energy beam and resurrected, giving you the ability to select your appearance and fighting style, all of which is explained through a series of tutorials. At first, choices seem a little sparse in terms of both appearance and moves, but as you progress through the game you’ll gain access to more customization options on both counts. I still found that a lot of the other human players than I ran into in the hub world all looked like variations on a theme, but when you’re trying to keep a visual style relatively consistent to a particular source material, it makes some sense to keep everything closely related. 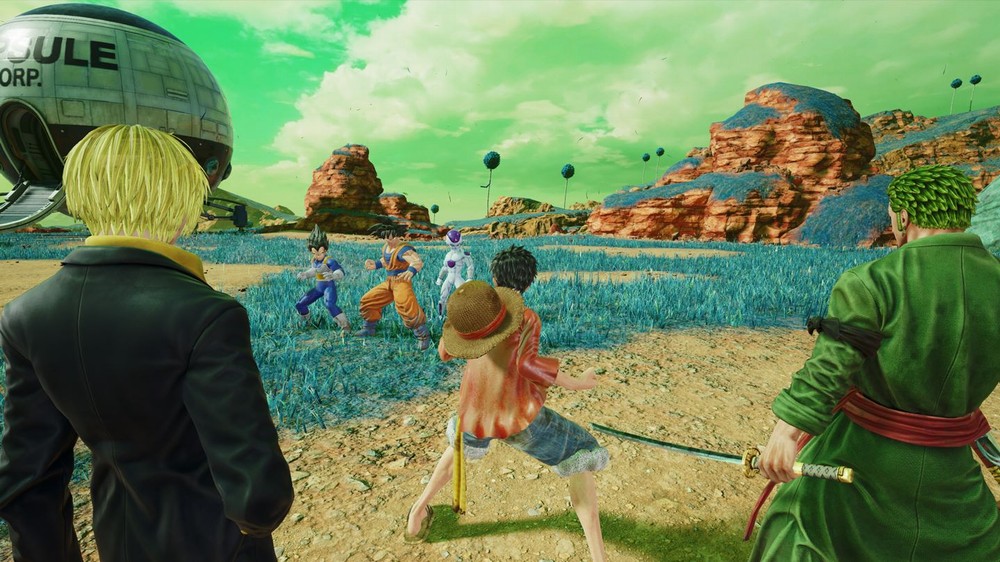 Visually, Jump Force is a bit of a mixed bag, which is a strange thing to say for a game that looks so good on first impressions. Environments and character models look great, and authentic to their sources, and super moves look even better. However, I found that everything seemed a little flat and lifeless, and during dialogue scenes a lot of the characters looked like stationary marionettes rather than living components of an actual world. This sense of the artificial isn’t aided by the hub world, which feels too much like a prettied-up menu screen. At a basic level, this is what is serves as, as you can select which game mode you would like to play and whether you’d like to play online or not, but aside from being able to see some of the other players online at the same time as you, this area would work just as well if it was presented as a more typical list of options.

The hub world is also a good example of another frustration with Jump Force: the fact that the game does a terrible job of telling you where you’re supposed to go next. The first time you run into this, and I guarantee that this happened to the majority of players, is when you’re told to visit each team (there’s three that you can join) to see which one tickles your fancy most and which one you’d like to join. However, once this is done, you’re not told what to do next, and due to the inability to view anything other than a mini-map, you’re unable to see that the next place to visit is somewhere you likely haven’t been yet, and is on a different floor to where you are currently. Even the mission structure isn’t particularly well explained to newcomers, with the significance and even presence of story missions and side missions unelaborated on. 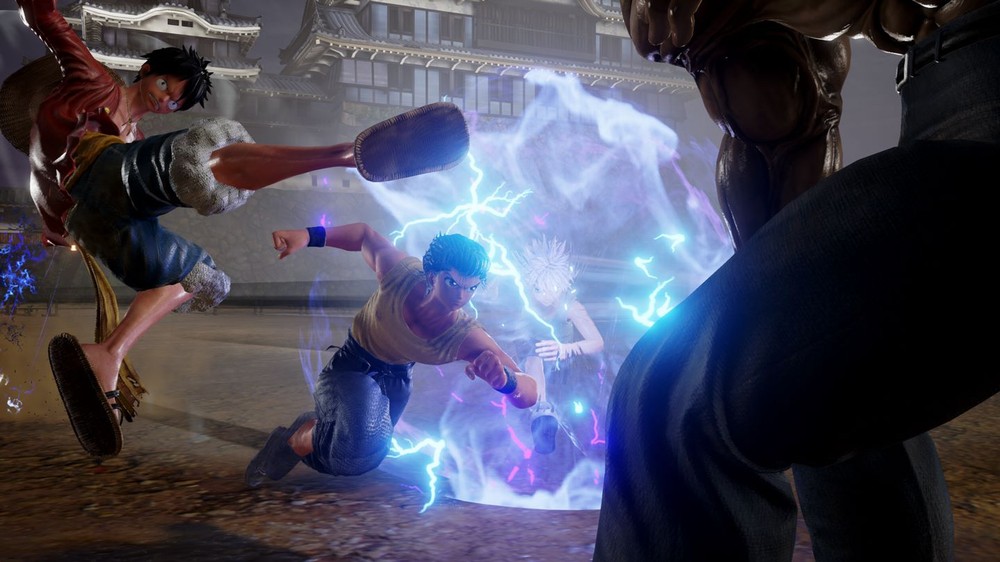 Once you do discover everything within the game, though, you’ll discover that Jump Force packs quite a punch when it comes to content. There are over 40 different characters to play as, and the vast majority of these can be leveled up and customized as you progress. The story mode itself is fairly lengthy, though almost unfairly difficult at points, and there are a healthy number of side missions to tackle, which (you’ll eventually learn) award currency to spend and new moves and abilities to equip your avatar with. In addition to this is a well-structured online mode that will give fans of the game plenty to do as they attempt to establish their domination.

Unfortunately, despite looking great visually, the actual fighting depicted in Jump Force is quite shallow. I’m not often one who deep dives into combo lists in fighting games, and I’ll often find a selection of moves for each character that seems to work for me, but I was still surprised by how little depth the combat had. You have your typical light, heavy and grab moves, as well as four special moves that you can customize and activate by holding a trigger and pressing one of the face buttons, but that’s about it. Most battles consist of three characters on each team, but as they all share a health bar, there isn’t much in the way of strategy when it comes to switching them in and out. 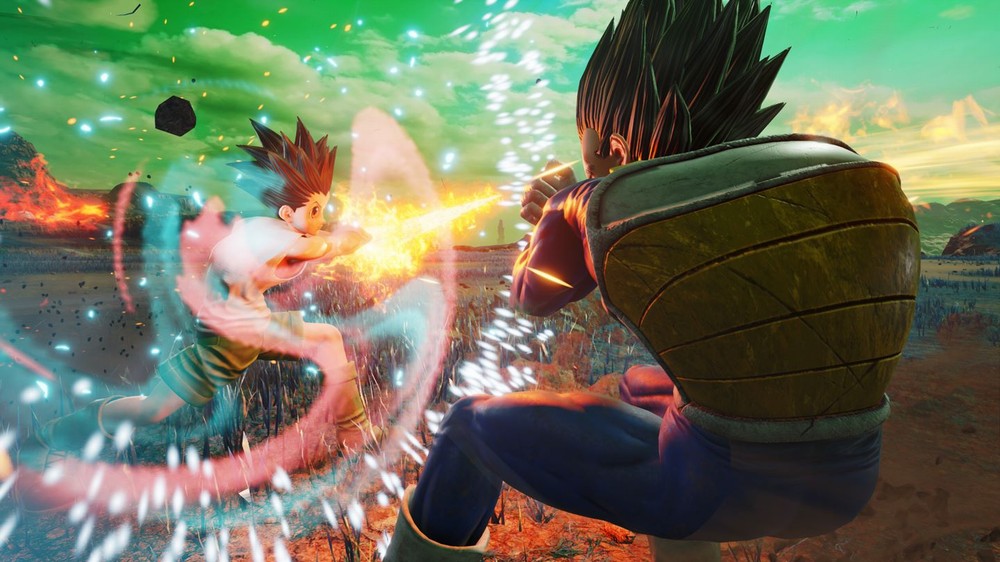 Jump Force is unfortunately more reminiscent of the type of fan service that mediocre movie tie-ins represent, than a true celebration of 50 years of one of the most famous manga anthologies. It looks great on the service, and contains the characters that you know and love, but when you start to look too much beyond the impressive veneer, there isn’t too much holding the experience up. It’s fun enough for a quick battle against friends, or to play as a particular favorite character for a while, but it feels like there hasn’t been too much thought put into how the game should actually play. It’s especially disappointing as a few of the properties contained within Jump Force have had their own well received games in the past, but Jump Force itself is ultimately a fairly forgettable experience. 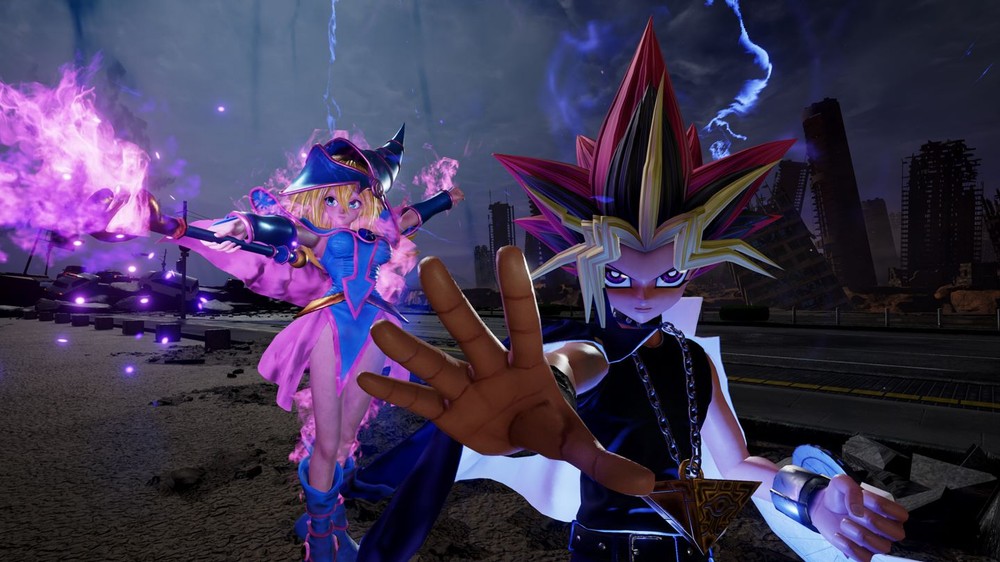