Not for the short of patience
High learning curve

An enjoyable and challenging game great for short sessions.

When it comes to racing games, I love the realism and beauty of what the best simulators have to offer, but every once in a while you just need to have some ridiculousness with titles like Jet Car Stunts for PS3 and PS Vita. Many people with smartphones may already be familiar with this game but now PlayStation gets an all new tweaked experience for their console and handheld platform.

In the vein of games like Trackmania and San Francisco Rush, Jet Car Stunts puts you in the driver seat of a rocket powered jet car as you attempt to traverse some of the wildest and devilishly created tracks that I think I’ve seen. It’s safe to say that after playing this both on my PS3 and Vita thanks to being a Cross-Buy title that I don’t think that I’ve ever played a racing game as hard as this one.

What makes Jet Car Stunts interesting and difficult is that every course that you attempt is floating high in the sky as if you were in a surreal dream. The tracks start off with a decent length of track before throwing wide gaps into the mix. While some are quite easy others require ramps or and the right amount of rocket boosting to make. As this was originally a mobile game that used motion to steer your car but now an actual controller makes it a bit more manageable with the refinement and weight of using physical buttons. 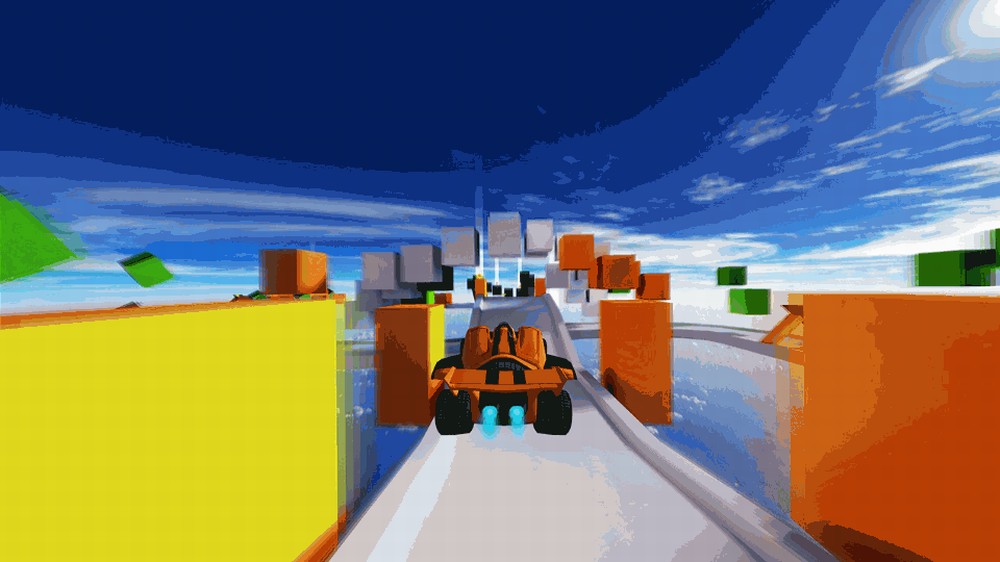 This however doesn’t mean that Jet Car Stunts will be ultimately easier as I’ve had to try levels over and over again due to mistiming a boost or not using the air brake at just the right time. Your skills will really be put to the test with challenges like having to navigate through tight orange oblong shapes sideways before correcting to land on the other side. Using a controller or the Vita’s analog sticks does make it easier and with a lot of practice you can start to master each track.

For those returning to Jet Car Stunts you can try how good you are in the brand new Collector mode. This mode tasks you with collecting stars that are in places that you never thought possible of reaching. As veterans of the game already know you can shave seconds off your track times with shortcuts and this mode will being really cool makes you look at the colorful track decorations in a whole new perspective as an angled cube becomes a ramp or a line of squares becomes a bridge. 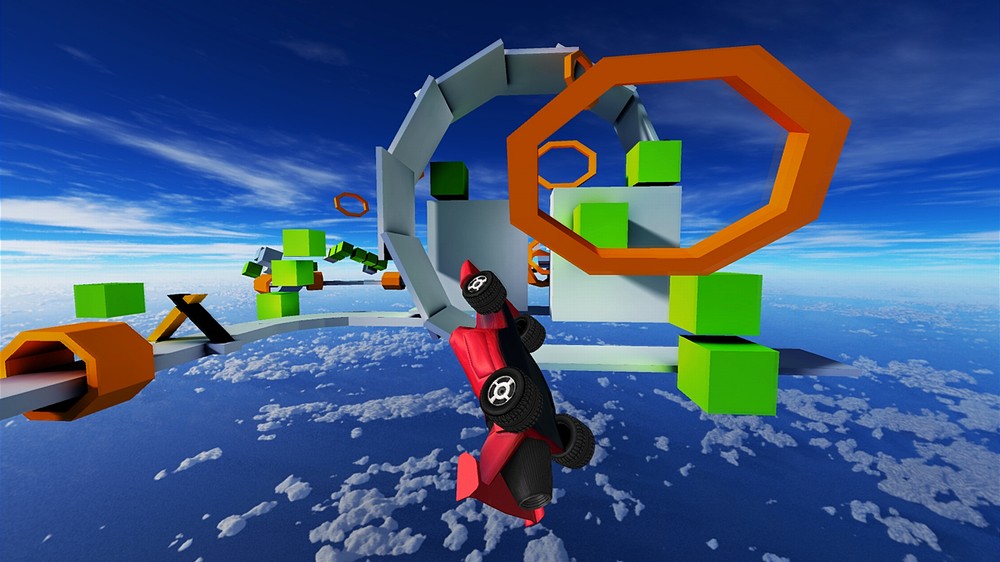 There are 36 tracks including the tutorials that will put your patience to test but they are as unique as they are vibrant. Both the Vita and PS3 versions look pretty good with vibrant colors and a redefined physics design. I can’t tell you the number of times I’ve seen my sleek racer break up into a lot of little pieces by clipping the stark white edge of a track the wrong way. Jet Car Stunts does have a minimalistic approach to its level design which is what makes it look deceptively easy but there is definitely some clever design lurking under that colorful exterior that I like.

One of the things that I like about Jet Car Stunts is that while it is primarily a single player game it does feature an asynchronous multiplayer feature which features ghosts of the best players on each track. While this does give you something to work for as you try to make your way to the top of the leaderboards it’s a great way to see the tricks that the best players in the world use to get there.

Jet Car Stunts is a game that features a simplistic design but the gameplay is anything but it’s both enjoyable and challenging at the same time. What’s good is that you can play this in short sessions anywhere with the Vita or at home via the PS3. If you want a real racing challenge and haven’t tried Jet Car Stunts then check it out. Caution: Patience is required. 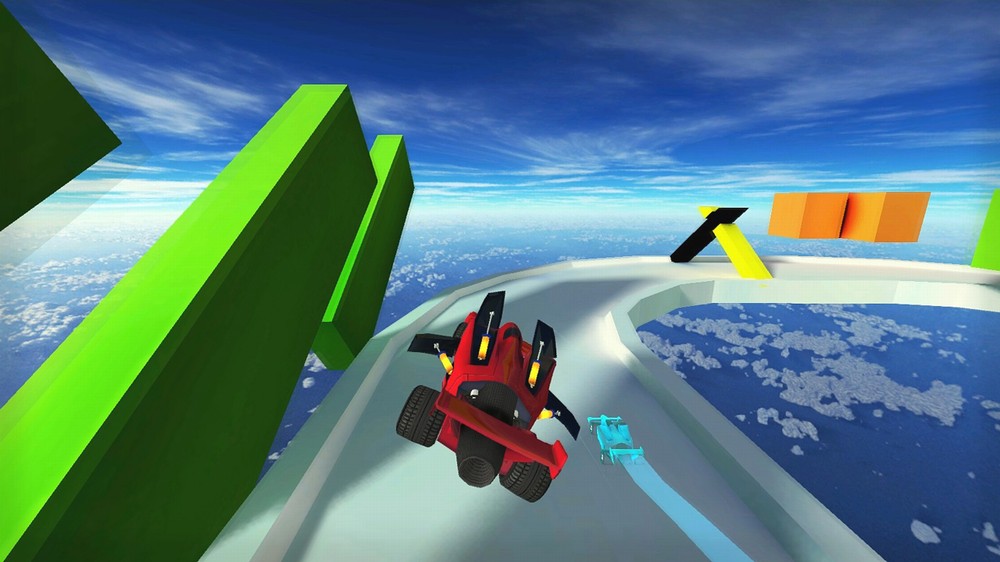 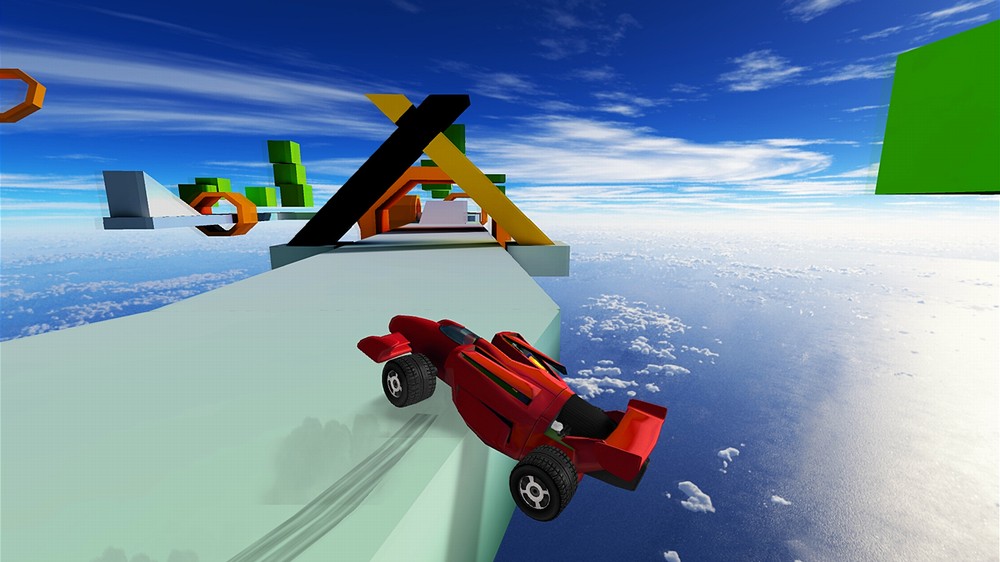 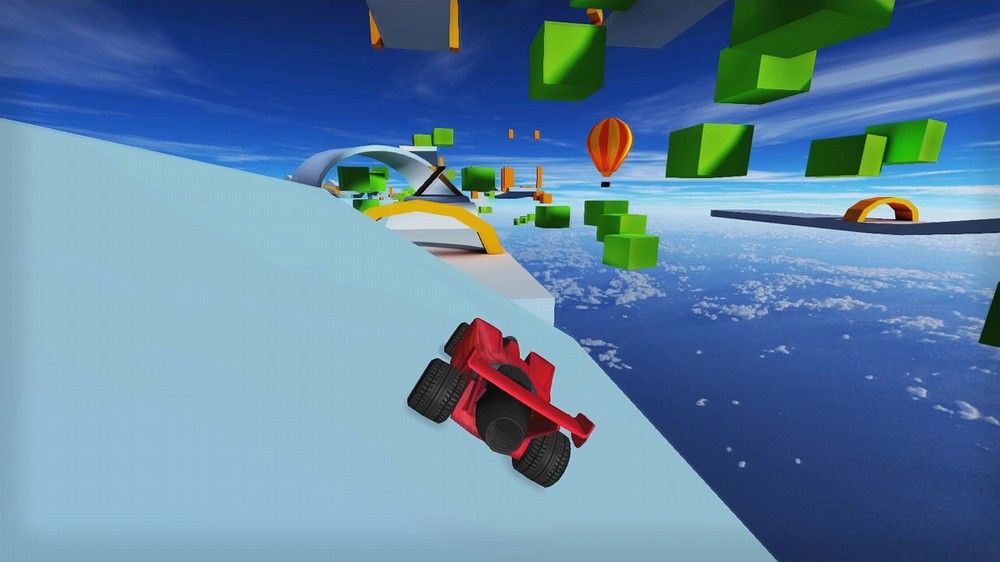 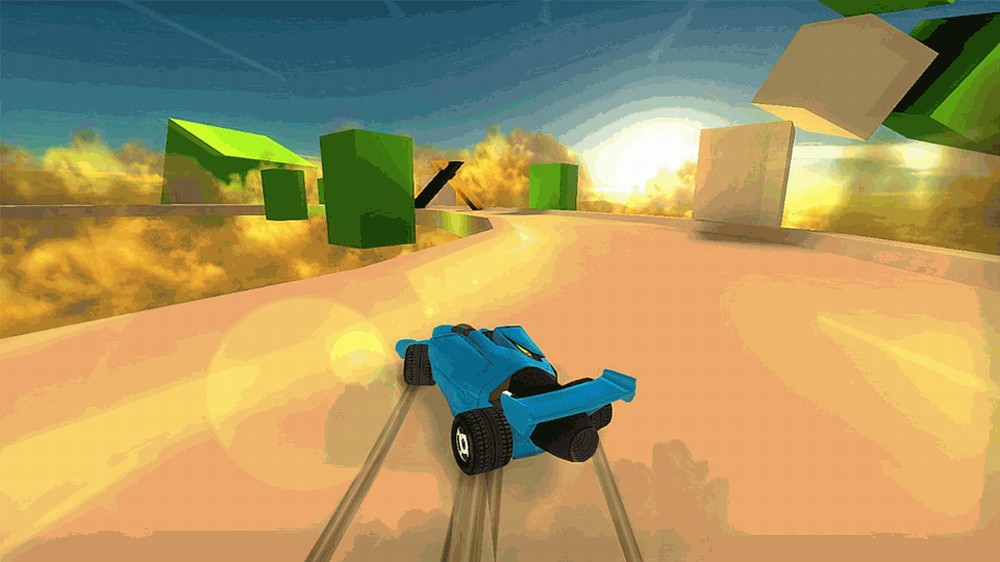 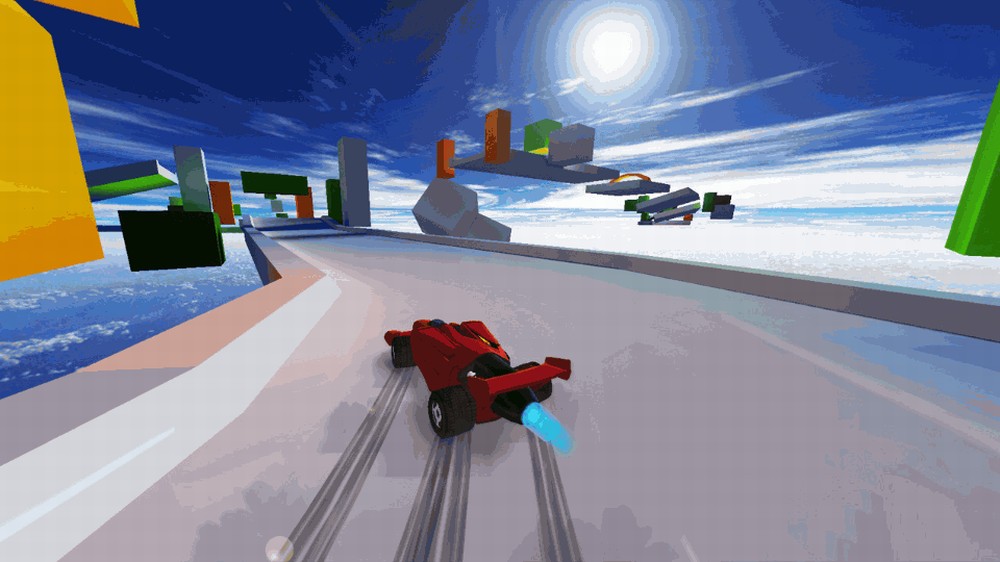 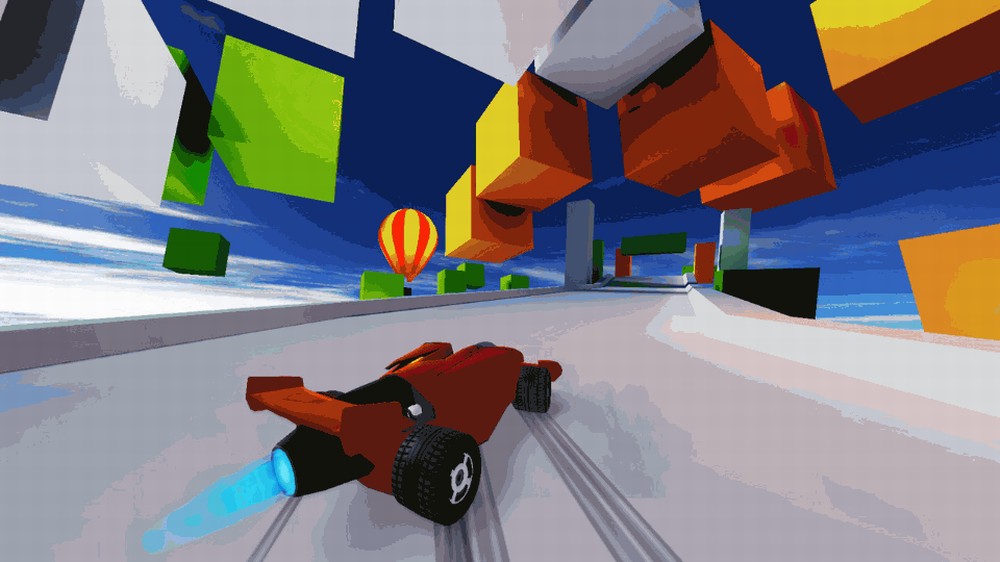