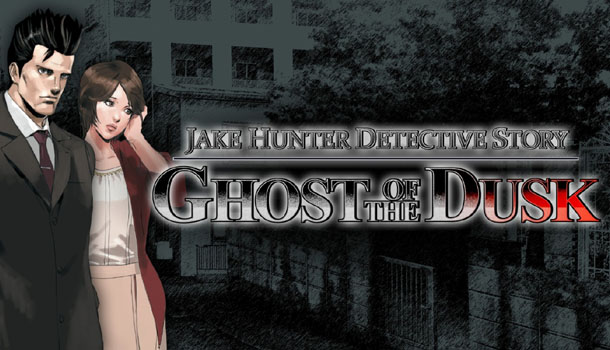 An incredibly niche title that only those invested in the crime genre will enjoy.

Jake Hunter: Ghost of the Dusk is a detective game focused on several stories. There are also several side stories that you can unlock by inputting passwords. The game is centered around the titular Jake Hunter, who you control to find clues and solve crimes. The gameplay itself is minimal and directed by prompts, similar to other crime games like the Phoenix Wright series. For instance, in the first scene of the first story you have to interrogate a man who went to a house and saw a dead body. You gather this information from him by using three separate prompts: examine, speak, and move. 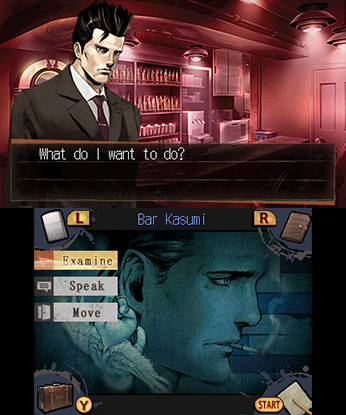 During crimes there is a fourth prompt, think, in which you put together clues to form information. This does end up making the player feel limited with their options. Later on you get to “search” where you use the stylus or d-pad to investigate objects within a space or a dead body. This ends up providing some more freedom to investigate, improving the gameplay slightly, and increasing the feeling of player freedom.

The answers you get are also linear, as certain things have to be done before even speaking on occasion. For example, you cannot talk to the man until you examine him first and you cannot leave before hearing his full story. This makes most of the game trial-and error. There is also no real way to fail, as the story is already set out, which may disappoint some who enjoy genuine consequences to actions.

This also means that the replay value is next to none, as the game’s only real hook is putting together the pieces of the predetermined mystery. The stories are well crafted though, and searching for the clues themselves can give the player a fair amount of enjoyment. Players will be engaged throughout the entire investigation process. Jake’s commentary on the clues was well written and descriptive, and never felt too drawn out. The crimes never were boring, and could be extremely interesting at their best and decent enough at their worst. 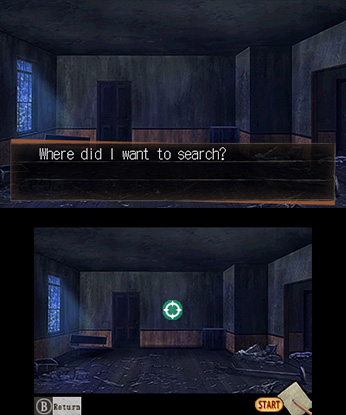 The game has great music overall. The tracks for investigations were especially good at conveying an atmosphere of mystery and dread, accomplishing their job decently well. The sound effects were also good and never really got annoying. Jake Hunter also has some really well drawn cinematics on occasion, the best ones are usually found at the beginning of the story. They do an amazing job of building the mysteries and peaking the player’s interest in the crime to come. The characters also have art that goes along with their dialogue boxes and does a good job at conveying the characters.

There was also a bit of weirdness with a few of the localization choices. Some lines are voice acted and some are not, but they’re all voiced in Japanese. This wouldn’t necessarily be a problem on its own, but the localization team changed the setting from Japan to the United States, complicating a few things. This can end up annoying the players with the somewhat glaring inconsistencies throughout the game, and may even turn others off entirely. However, for those who can brush this type of thing off, it isn’t a big issue.

The game costs $39.99, and for the average player it isn’t really worth it. Jake Hunter is an incredibly niche title that only those invested in the crime genre will get any real enjoyment out of, and the rest will find painfully average.  So if you’re not encompassed within the crime games demographic, you should probably give Jake Hunter a pass. If these kind of games appeal to you though, you should definitely consider picking this one up. For the right player Jake Hunter is about a 3/5. It provided a fairly fun time, but was nothing all that special to play.