Could have been the adventure game of the year if it weren’t for the glitched controls and awkward combat.

I was pretty excited to get my hands on Jack Keane 2: The Fire Within. From everything I had seen prior to its release this looked like the perfect hybrid of Monkey Island meets Nathan Drake, all delivered in a classic point-and-click adventure interface not unlike the Sierra and LucasArts adventure games I grew up with in the 90’s. With the iPad turning the adventure genre into mostly hidden-object games, I was ready to start my quest.

The Fire Within tells a pretty big story and it does so with lots of cutscenes and dialogue trees interspersed with the occasional puzzle or adventure game element. With so much relying on presentation you will be pleased at just how gorgeous this game looks in both the movies and the in-game exploration scenes. There is this cool Tintin vibe, perhaps due to the art style or maybe the timeless period the game is set in with majestic ships, vintage cars, and cool locations like lush jungles, exotic European ports, and a dark, damp Chinese prison. 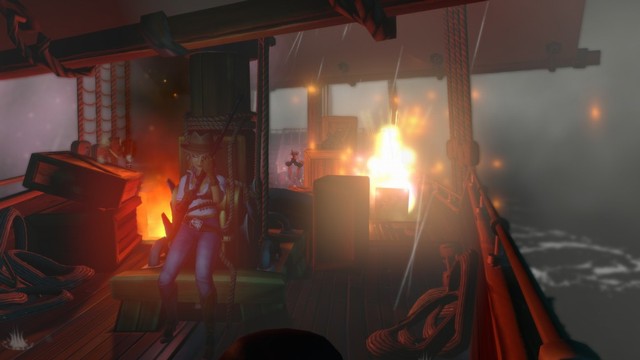 The game opens with Amanda and her hired crew trying to just Jack out of a Shanghai prison. After solving a few payroll issues with her scurvy crew the game switches over to Jack who must escape his cell then go in search of the missing pieces of an ancient amulet that will lead to a great treasure. It’s off to Germany first, and then you’ll travel down the Nile to Mount Kilimanjaro, meeting all sorts of unique characters along the way, some of which team up with you on various parts of your journey. Some of the more unique locations actually take place inside Jack’s head; almost like a vision quest.

Gameplay is pretty standard with you scanning your surroundings for anything to interact with, collect or talk to, solving any puzzles then proceeding to the next location to do it all over again. It will take a bit of thorough exploration to find everything and figure out its proper use. Items can be highlighted making them a bit easier to find, but the camera is fixed and tied to Jack, so you may have to move him around to reveal even the highlighted items. Puzzles aren’t terribly difficult but you do get a sense of satisfaction when you finally figure them out.

While most of the game is played as Jack, there are a few scenes in which you can play Amanda and Eve, either working together to solve puzzles or choosing one to explore a specific outcome to a scene. There is no real major story branching; just minor diversions, and the game autosaves at these junctions if you wish to explore alternate avenues. There is a lot of ongoing tension between these two women, which contributes significantly to the humor in the story and all the subtle relationship issues. 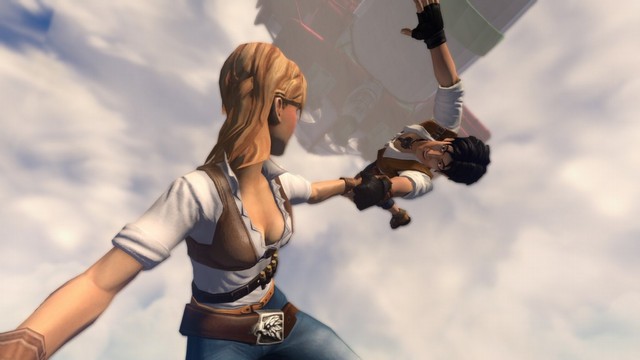 There are a lot of dialogue trees and while some require correct answers to solve puzzles, a lot of the conversation is just for fun, and you can explore your options and even cast a few insults with no fear of losing the game, although some options can influence your relationships and even determine different outcomes to the game. Any critical paths you choose incorrectly will automatically restart the exchange, so you never have to live with your poor choices. I was a bit annoying that you cannot skip a dialogue if it is one you have already heard before.

There is no controller support so if you are playing on Steam Big Picture you will still have to use a mouse and keyboard, which wouldn’t be so bad if the controls were broken. You have a 50-50 chance of your mouse clicks actually doing anything, especially when trying to interact with an object or move somewhere near an object. Moving with the keyboard helps a bit, especially for the awkward platform jumping sections. There is also an attempt to add combat, but I’d hardly call it action. It reminded me of Monkey Island where you exchanged insults and taunts during a sword fight. In this case you go into a slow-motion mode, observe the enemy stance, and then choose the appropriate counterattack to win. It’s basically a lot of trial and error and reloading.

Jack Keane 2: The Fire Within could have been the adventure game of the year if it weren’t for the glitched controls and awkward combat. I loved the art, characters, location, story, and dialogue, but there were just too many technical flaws that kept distracting me from my enjoyment of this 8-10 hour adventure. Perhaps a patch will fix these issues down the road but for now, The Fire Within has been extinguished. 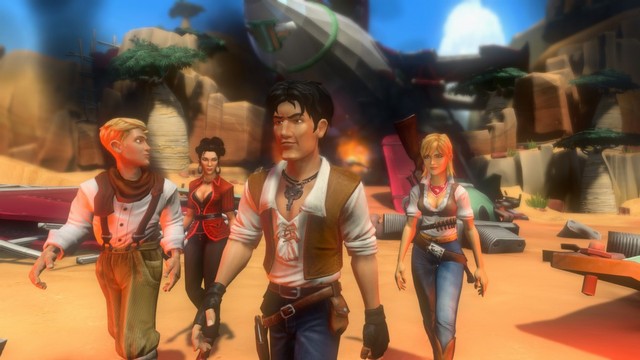 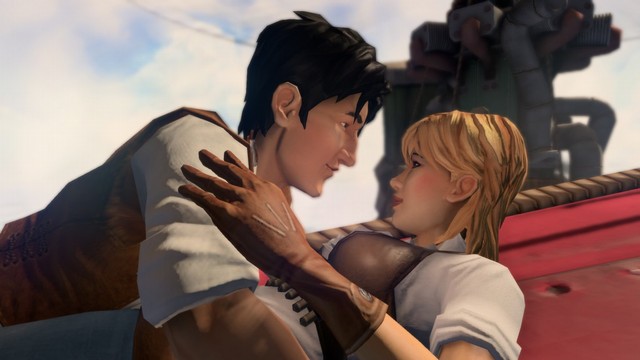 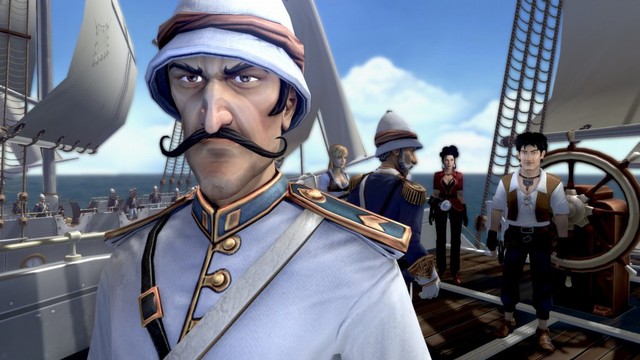 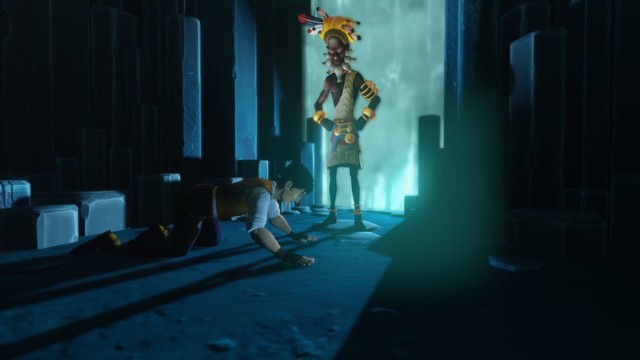 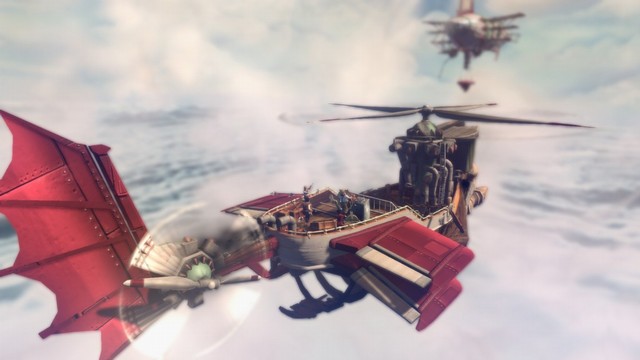 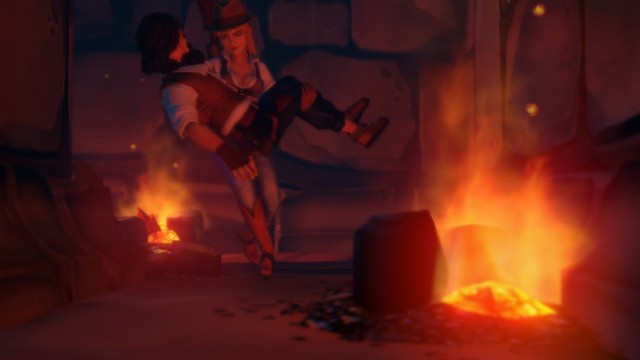 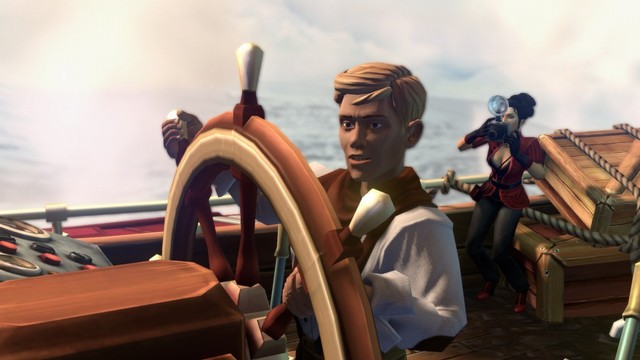 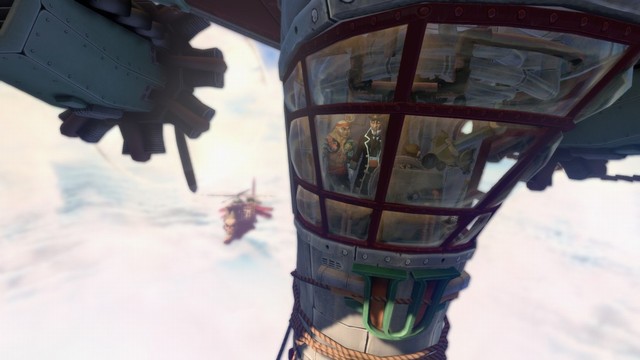