If you're into games like Puzzle Quest and FTL, this is a game that should greatly appeal to you

Ironcast is a rogue-like puzzle game with role-playing elements built around steampunk mechs. That’s may seem like a mouth-full, but balancing those elements as you actually play the game can be even more difficult and complex. This isn’t to say that Ironcast is a bad game, but there is a lot that you have to be comfortable with and ready to manage if you’re going to dive into it’s world. As with all rogue-likes, you’re going to die, but progression and leveling mechanics make that bitter pill a little easier to swallow.

Often, the difference between success and defeat in Ironcast will come down to thought, planning, and execution. The game doesn’t just ask you to match 3 (or larger chains) as fast as you can, but to actually plan out your next course of action. Each set of gems offer different perks/buffs/resources. What matters during game play is how well you know your AI-controlled opponent, and a healthy dose of resource management. 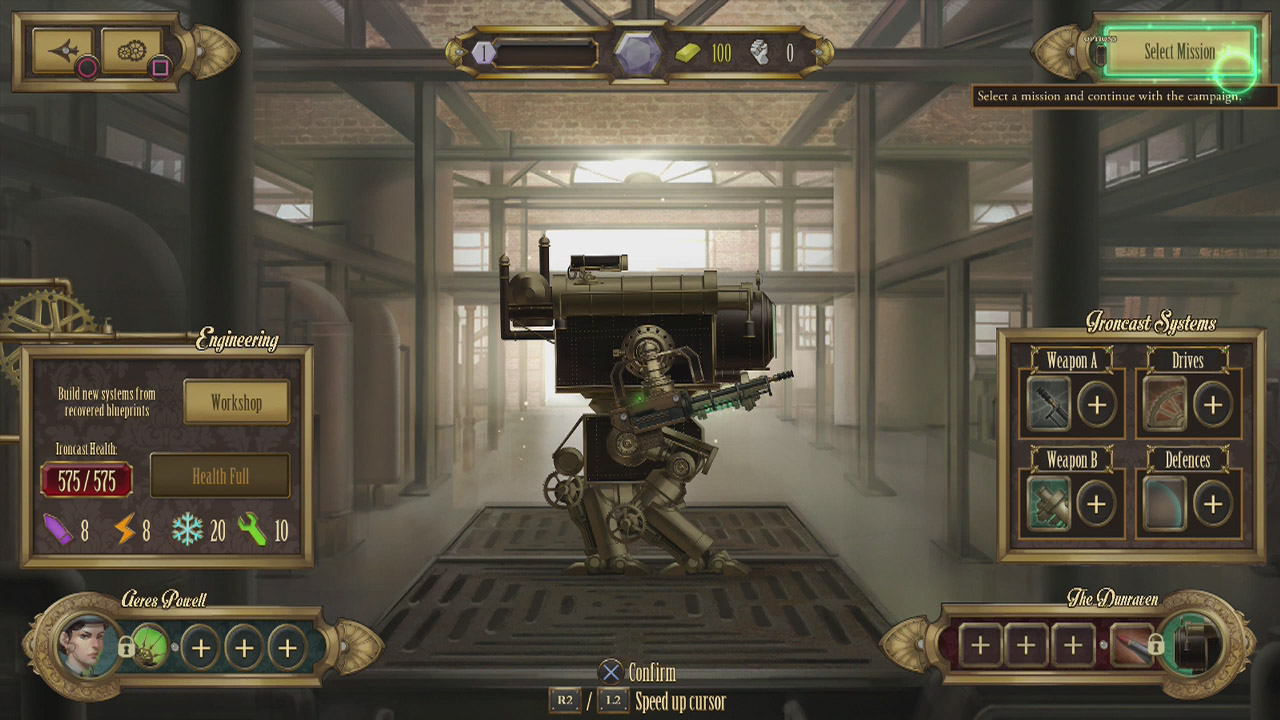 These factors are helped by choosing your pilot (each have different abilities), and choosing your mech load-out. You can focus on beefing up your shields, mounting heavy weapons, etc. There’s going to be a learning curve, and not every mission, scenario, enemy, or boss can be handled with one single load-out. You’re going to have to switch up your tactics as you progress, and be adaptive.

Visually, Ironcast is very charming. RPG fans, puzzle fans, and steam-punk fans will be delighted by the world presented in the game. Tutorials lay out the various systems in place fairly well, and the game play can be additive. The longer you survive, the more interesting and varied the missions get during your run. There’s a great feeling that comes with lucking/planning out a successful string of attacks, and loot drops alongside customizing your build also serve as compelling game play elements. All in all, there’s a lot that Ironcast does well. 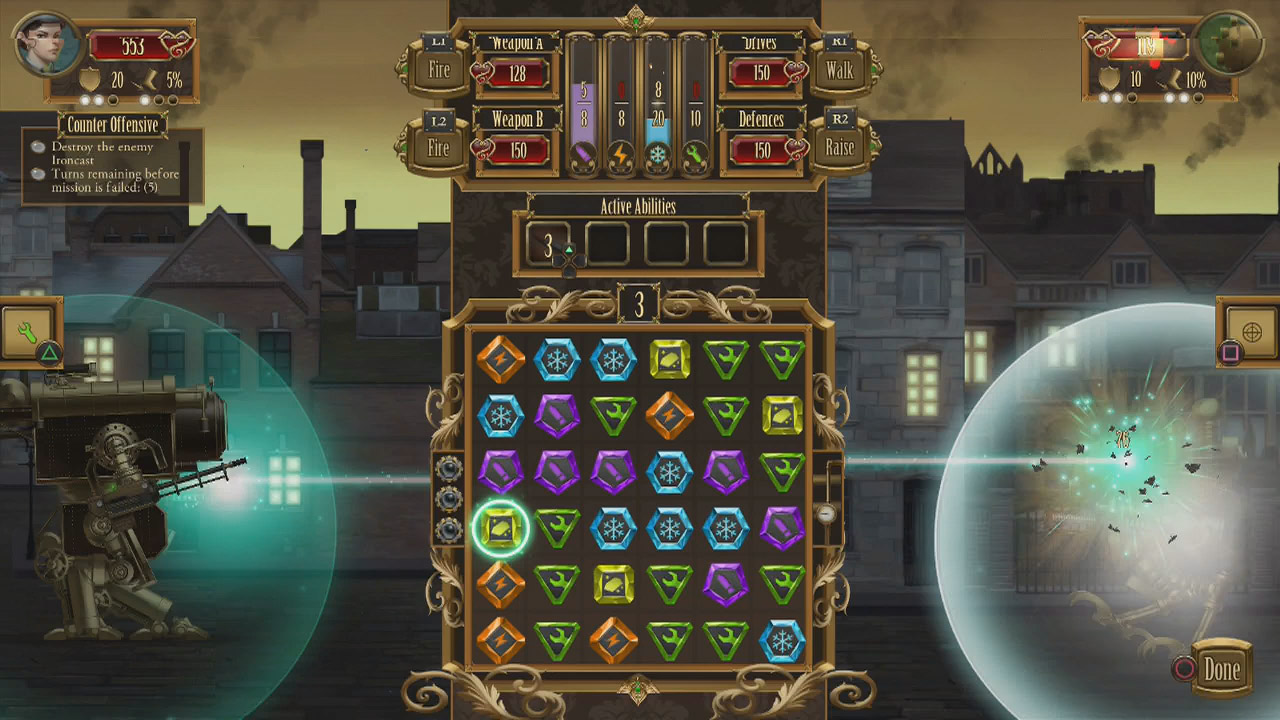 On the other hand, getting hooked by the game comes with a few kinks and growing pains you’ll have to adjust to as it goes on. On the technical side, I wish the UI was better thought out and implemented. Often you’ll have pop up menus covering the artwork, which is disappointing given how well-designed the visuals are. Playing the game takes a bit of switching off what your brain has come to know about match-3 style puzzle games; as I mentioned at the start, you have to seek out the resources you need the most. Ammo, energy, coolant, and repair gems fill the screen, and it’s up to you to keep tabs on what should be removed and when. The heavier and more frantic a battle grows, the more difficult it can be to manage resources and target various parts of your opponents mech thanks to a cumbersome control scheme. These are all minor issues, however, and they won’t really stop your enjoyment.

While there are plenty of match-3 games and rogue-likes out there, none of them quite pull off the unique experience that is Ironcast. They list it in the game’s description, and it’s quite accurate: if you’re into games like Puzzle Quest and FTL, this is a game that should greatly appeal to you, so get to playing! 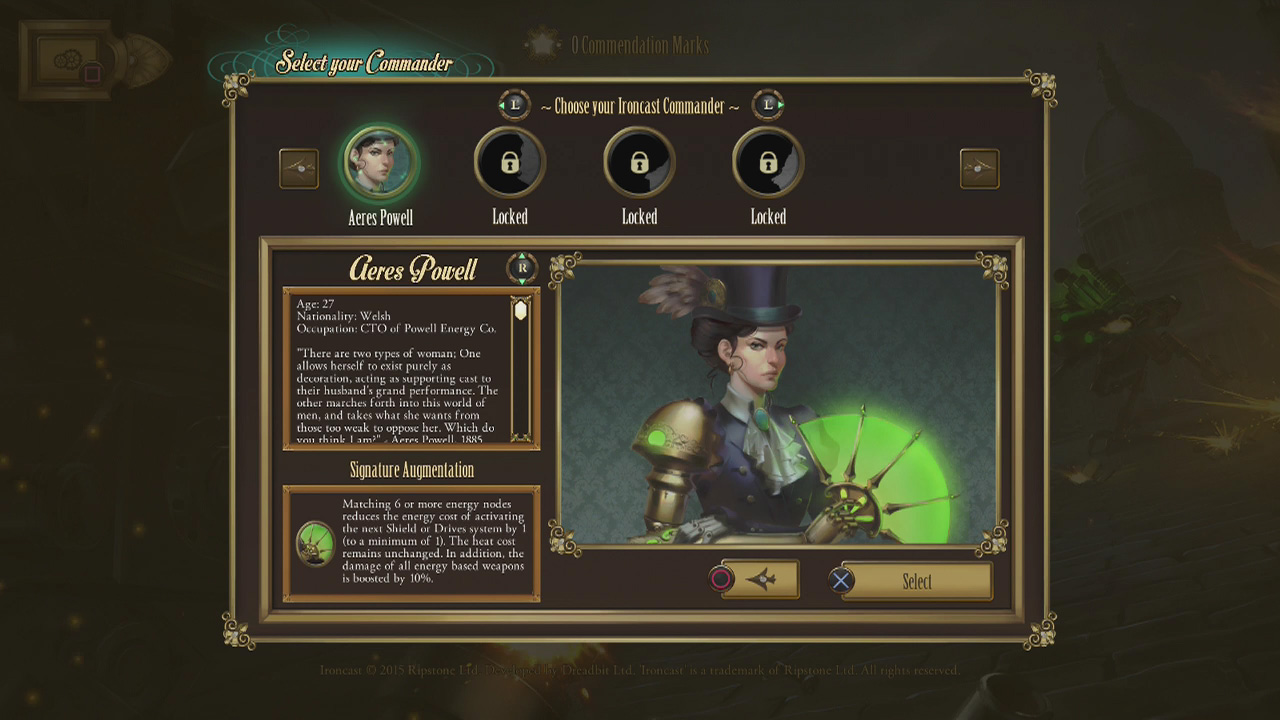 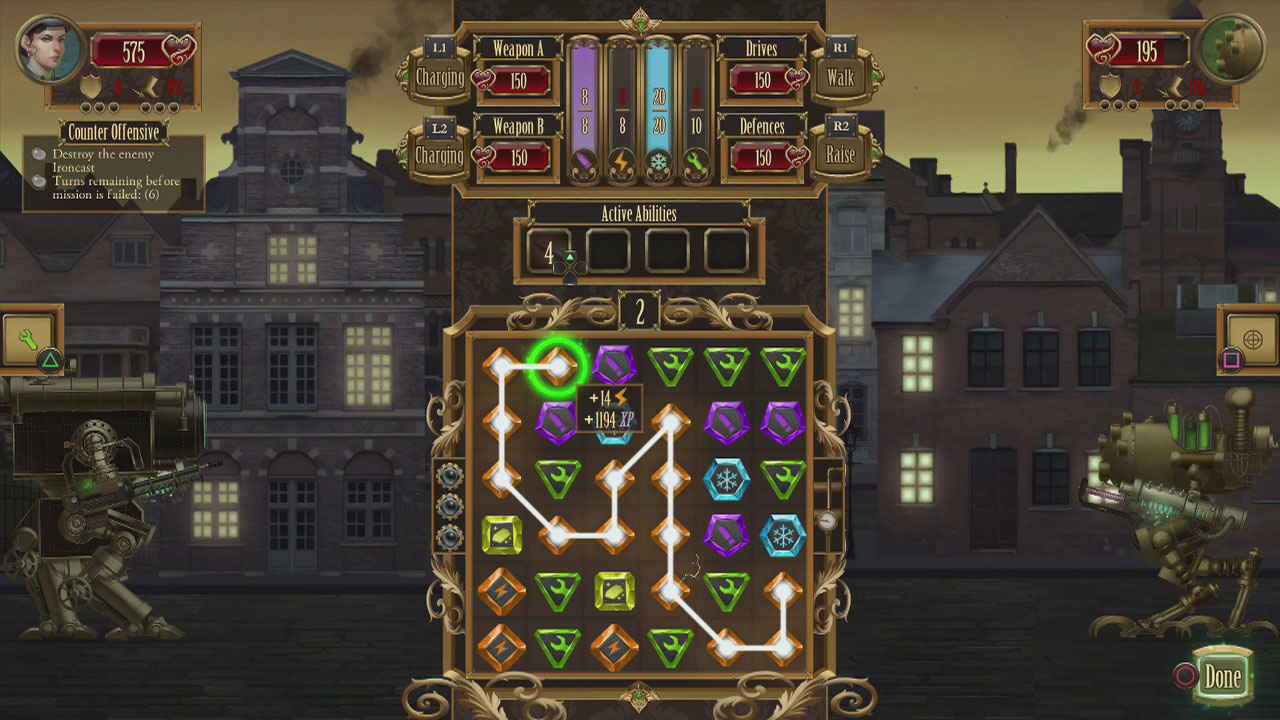 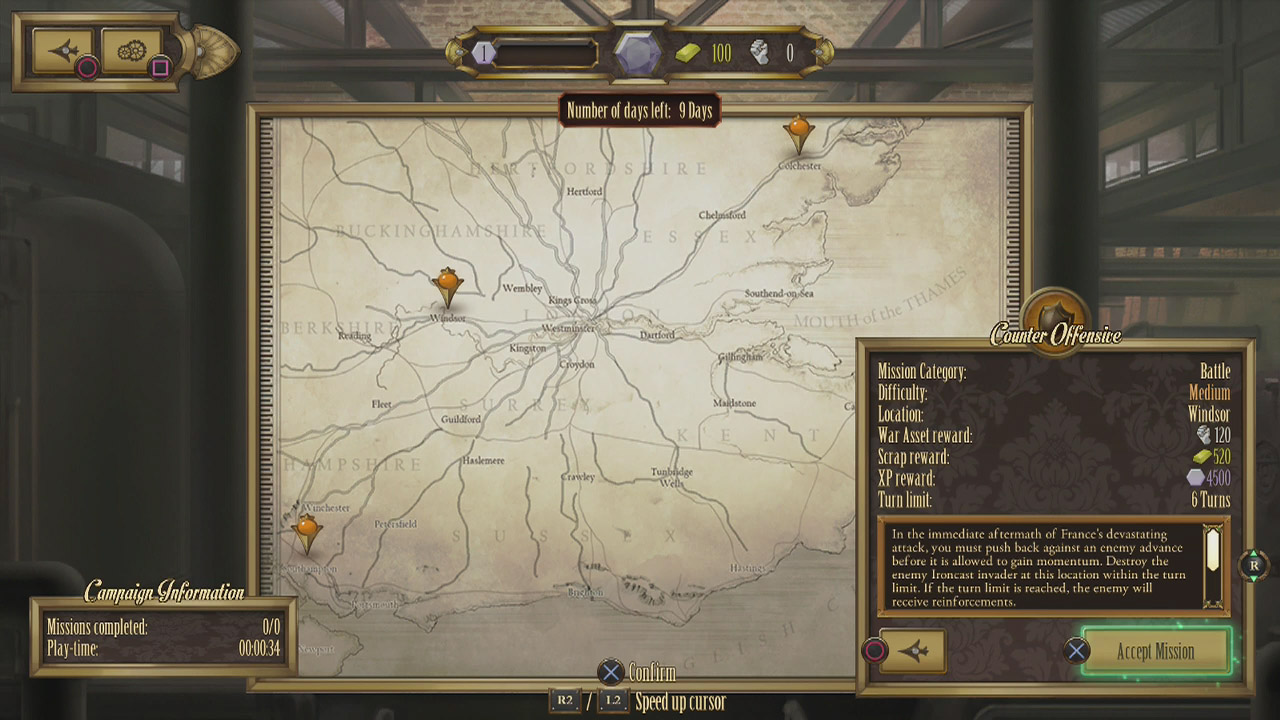 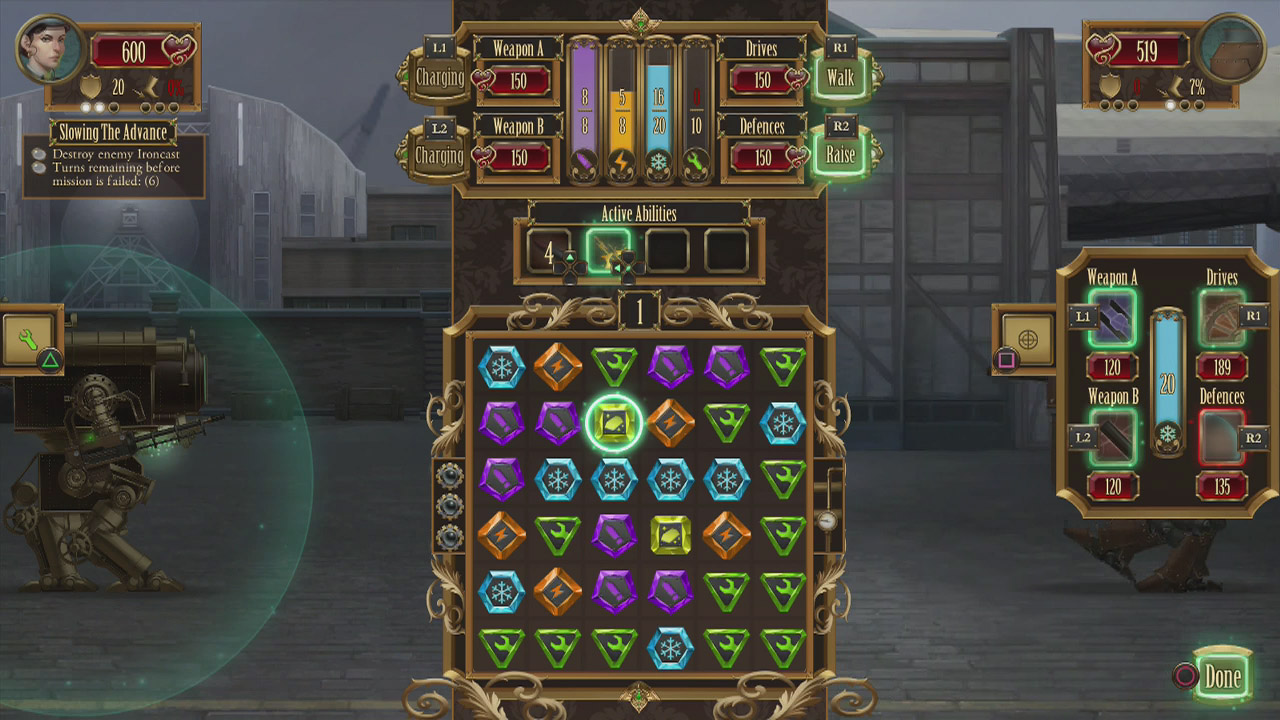 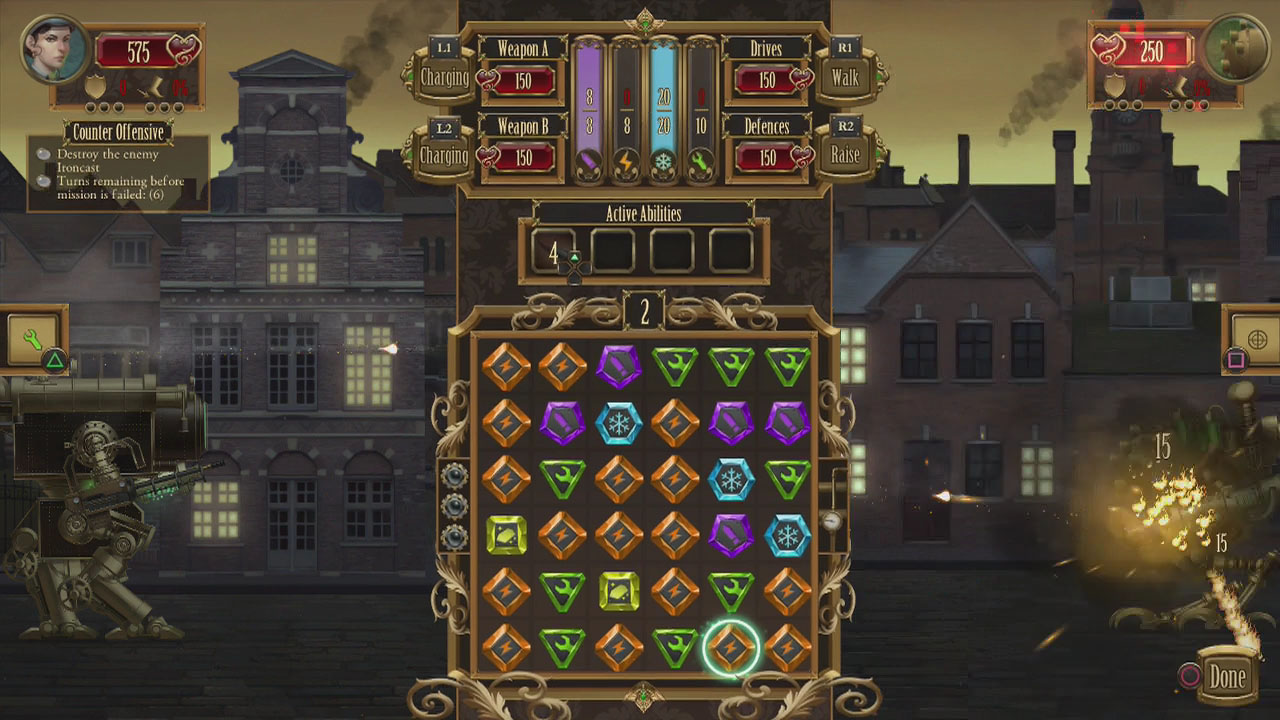 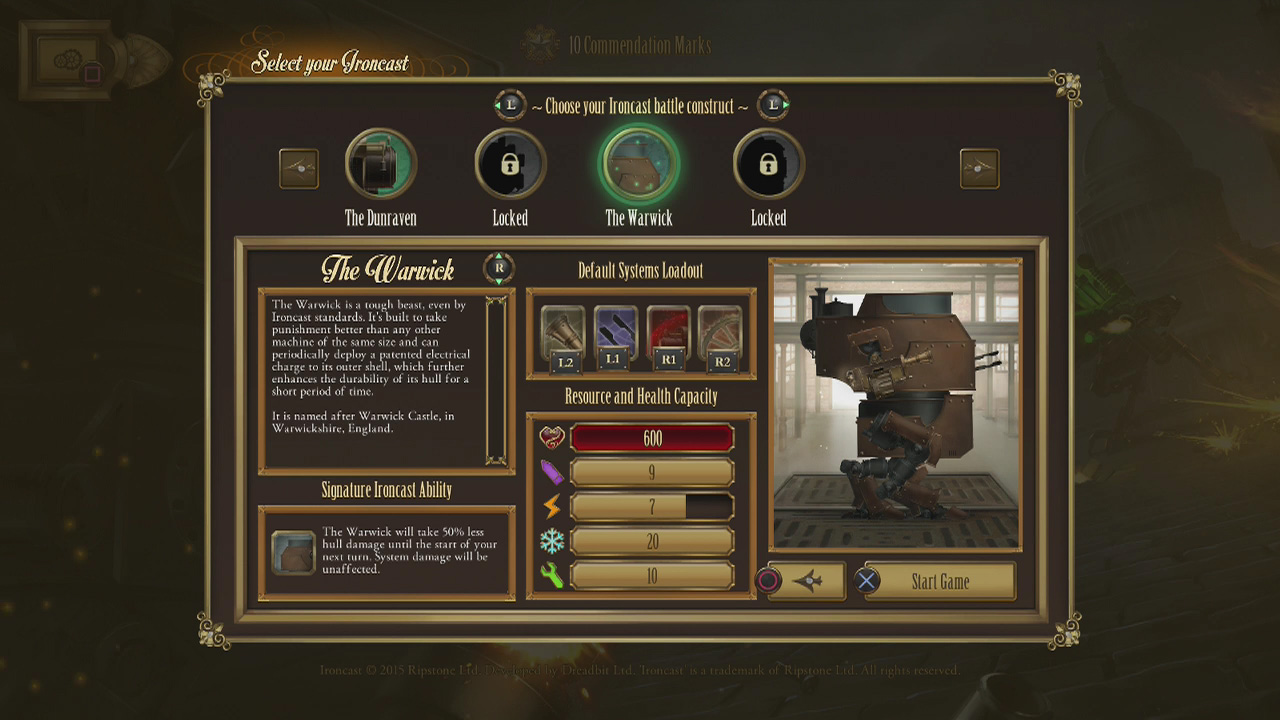 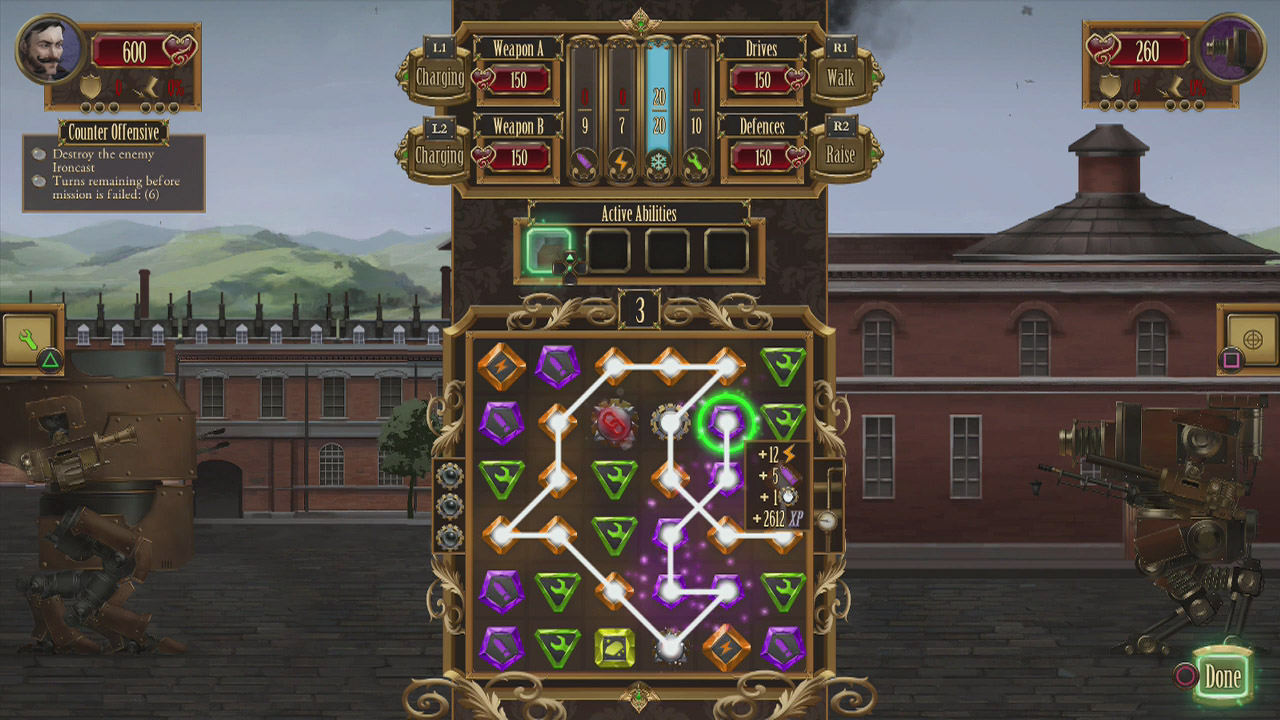