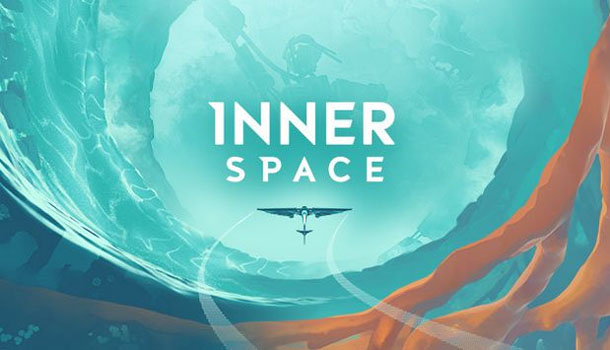 A non-combative exploration game perfect for unwinding from reality.

InnerSpace is a fantastic new flight and swimming adventure game, not unlike ABZU only with not as many fish, where you go out in search of all sorts of relics. You play as the newly constructed and now sentient ship known as The Cartographer. Built by The Architect, you will go out in search of rare relics and all sorts of upgrades to power-up your ship design in specific way to explore the fantastic realms of air and sea.

The game opens with a brief intro into the somewhat disposable backstory of fallen civilizations and demigods followed by a brief tutorial on how to pilot your ship. While you can struggle with mouse and keyboard controls, InnerSpace is clearly designed for and best played using a controller, especially when you start navigating tight spaces and relying on the slide/drift move for quick turns. As your ship becomes better equipped you’ll be able to dive below the surface of the swirling oceans and go into this submarine-style mode, allowing you to uncover secrets lost to the murky depths. 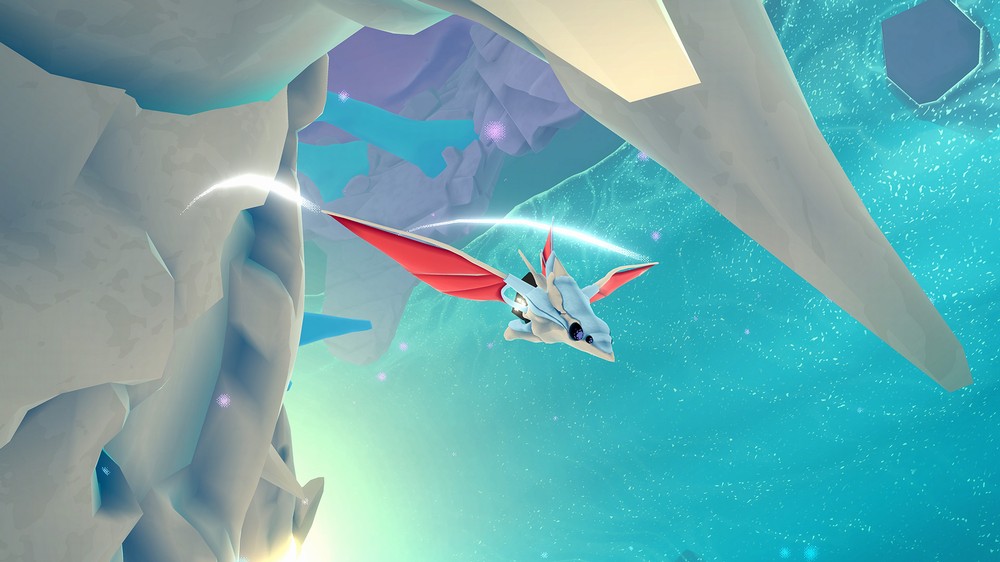 While most of InnerSpace is about freely flying about, interacting with the elements and collecting stuff, there are some clever puzzle elements like landing on perches to stop, spin, and aim for your next launch. There are cables you can snap with your wings to cause things to happen like revealing a new passage, and there are hundreds of wind fragments scattered about like Pac-Man dots waiting to be collected. These are the currency of the game used for powering devices and upgrading your ship.

The presentation is outstanding, with a stunning and stylized art style that is simplistic and beautiful. The very nature of the design, an inverted planet, is mind-blowing in and of itself, but to see if fully realized with swirling oceans and complex landscapes all constructed from fairly basic geometry is a memorable experience.   The art style allows for fluid 60fps animation, even at 4K resolutions, and the entire time I was playing I couldn’t help wonder; “why isn’t this on VR?”   This is the exact type of game that has become synonymous with VR; wide open 3D exploration set in a 360-degree bubble environment with stylized graphics that perfectly scale to VR. VR would make InnerSpace a real stunner if implemented correctly, and if they do patch in virtual support for this missed opportunity I am fully prepared to bump my score. 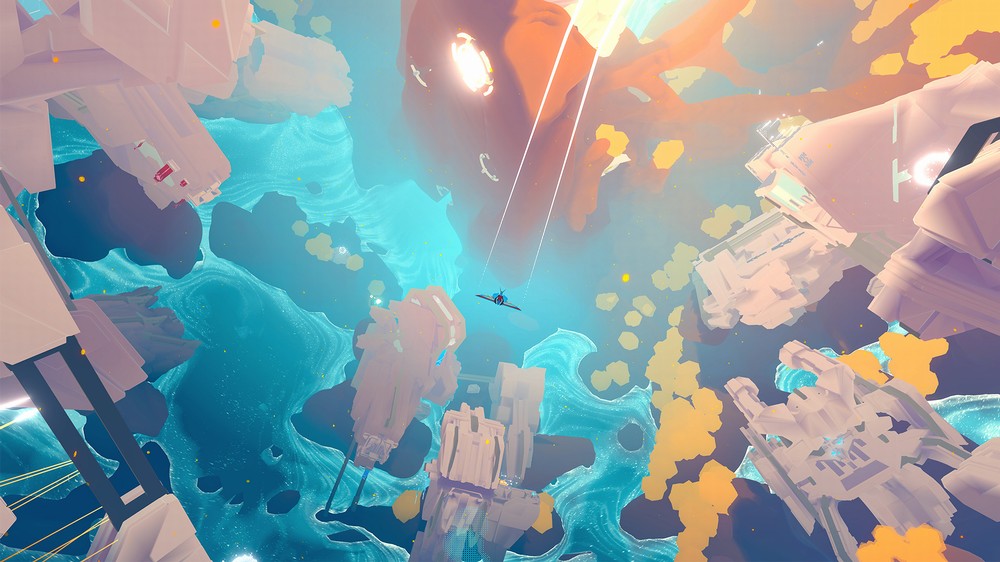 You always know a game has a great soundtrack when it’s being sold separately or as part of a deluxe bundle and the OST for InnerSpace is no exception. I hate to keep calling back to ABZU, but not since that undersea game have I experienced such a seamless blend of music and visuals that both sooth and entertain and even emotionally fuel the gameplay, giving the player an unwavering sense of wonder. I enjoyed discovering each new track of the score as much as I did finding new area to explore.

InnerSpace is a soothing and meditative experience that might prove a bit too tame for those looking for combat or other dangers. There is no real threat in the game; even when you fly into a wall it just bounces you off with an annoying sound. There is also a lack of motivation outside the desire to find the relics and complete the game. The collectible and upgrade system is rather limited and for me, rather useless as I preferred my starting ship over any of the faster or “better” upgrades. There were also moments in the game where I was left not knowing where to go or what to do, and with no way to call up objectives or replay past conversations, I spent way too much time wandering around looking for the next point of interaction. Some sort of waypoint or objective marker would have been nice. 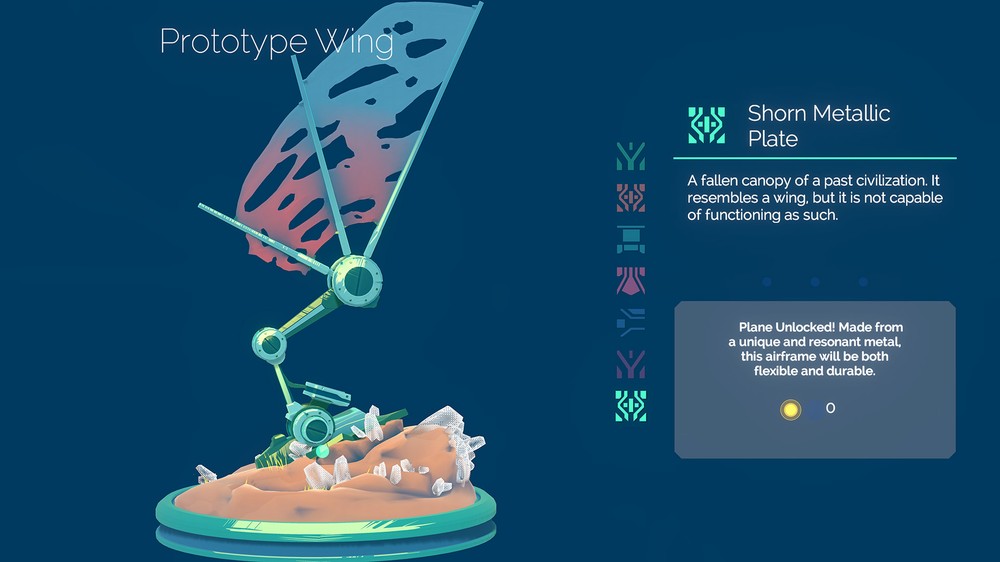 Games like InnerSpace are becoming more prevalent on Steam these days, but this 3D stylized flight/swim adventure has just enough originality to set it apart from the rest. The hypnotic mix of graphics and music will massage your senses, as you spend hours exploring colorful swirling worlds in search of relics to unlock the ancient lost secrets of the Inverse. There are a few areas of improvement that can easily be addressed with future patches, but the most important and missing feature for now is the nearly unforgivable omission of VR support. Even so, it’s a solid recommendation for anyone looking for a non-combative exploration game to unwind from reality. 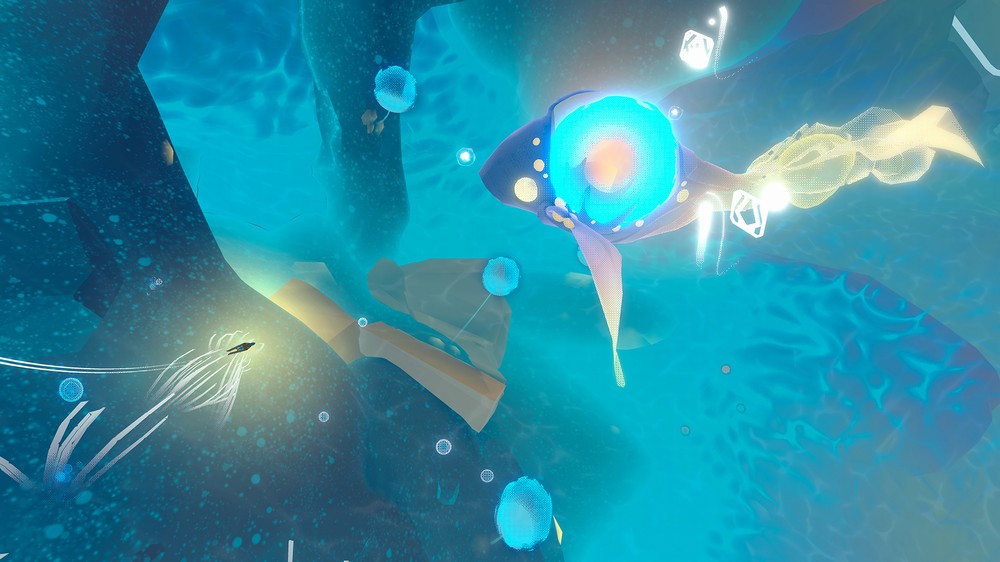 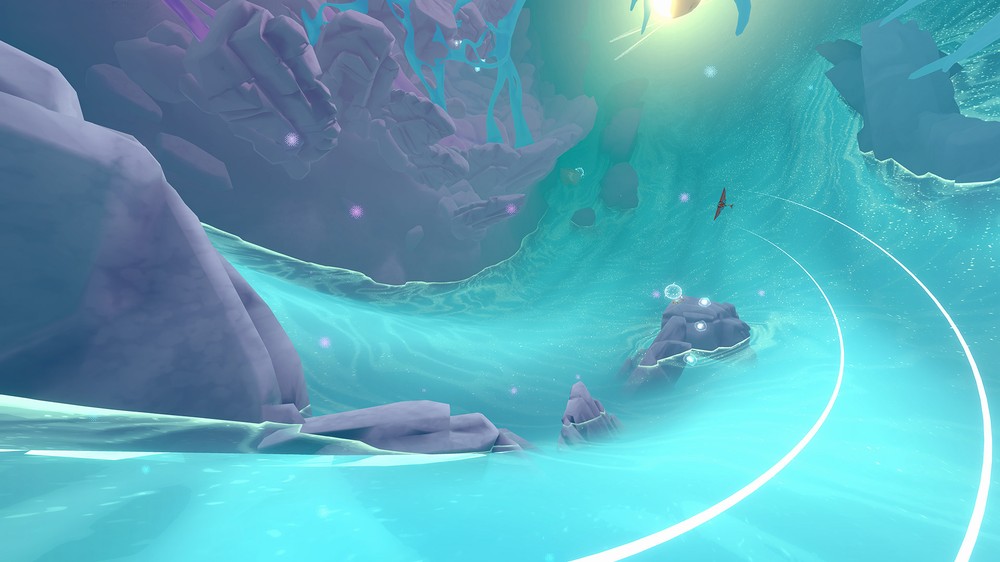 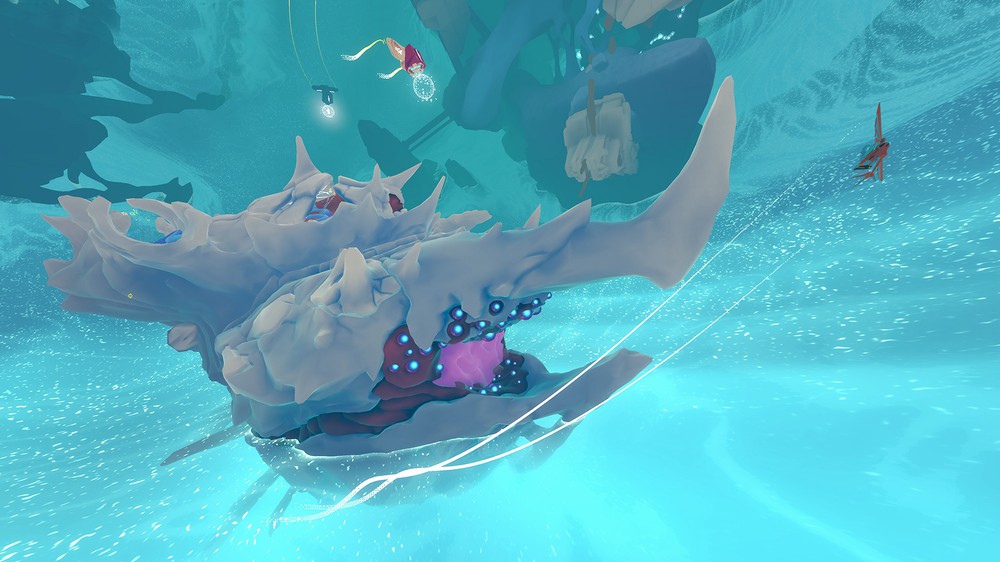 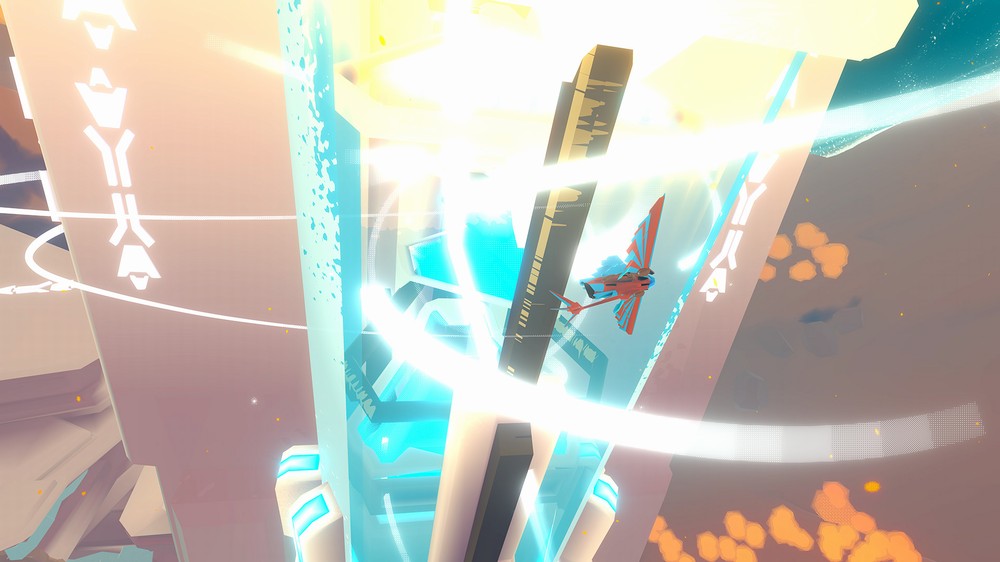