In Space We Brawl Review – PlayStation 4 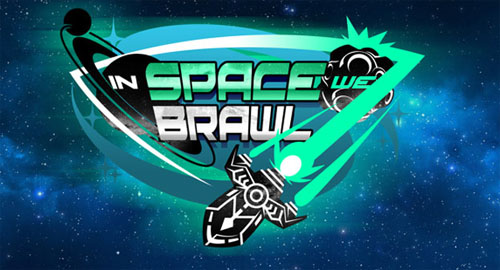 Twin stick shooters have always been a genre that I’ve enjoyed over the years largely because they are one of the oldest forms of video games in existence and offer a great way to hone a gamer’s hand eye coordination. While I’m a bit young to have actually played it, Spacewar was one of the first computer games to be created and paved the way for future games like Forge Reply’s new twin stick shooter, In Space We Brawl, for the PlayStation 4.

In Space We Brawl is a local multiplayer game that is designed to be played with up to four people. While getting you and three of your buddies together to play In Space We Brawl as it was intended can be a task in itself, there is some fun to be had murdering your enemies. Yeah that’s right we go right over killing and straight to murdering your foes in space.

Actually doing that is another thing entirely as you choose one of 11 different spaceships to pilot and arm them with one of 11 distinct weapons. You only get a few ships and weapons to start out with as the others are earnable as you complete single player challenges. Those challenges actually do define the word challenging as they can be downright merciless and I’m usually not one to back down from a challenge in a video game. The missions do start off as easy tutorials though to get you acquainted to the mechanics and controls of the game though. 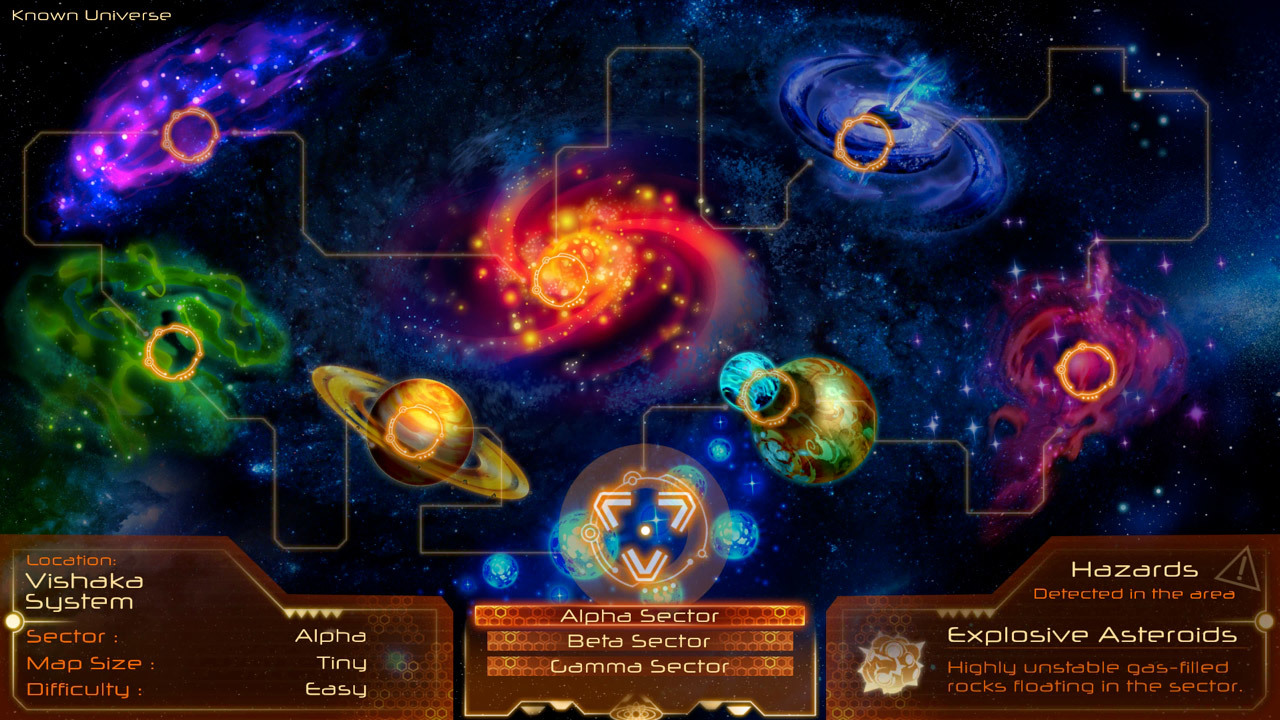 One of my biggest issues with In Space We Brawl is in fact its controls. Twin stick shooters usually break down into two common control schemes, those that fire with just the right stick in the direction you’re aiming and those were you still aim with the right stick but use another button to fire. In Space We Brawl it is the latter way you control your ship and fire your weapons through debris fields while trying to take out your opponents. It’s not that using a different button to fire is a particularly bad control scheme it’s just it doesn’t seem to work well here. It was too easy for me to mistake one fire button for the other in the heat of battle.

That said, In Space We Brawl does feature eight vibrant battlegrounds to choose from to battle in. Depending on how much of a challenge you want there are three sectors (or maps) ranging between small, medium and large per battlefield to compete in. One of the things that I like is that players not only have to focus on taking each other out but avoiding everything from space debris to black holes to alien ships in the process. It reminds a bit of Geometry Wars with its sheer amount of things going on the screen at one time with one notable difference.

Players will often find themselves in tight spots from enemy fire and other hazards so this is where the screen wrap feature comes into play. Players can leave the sides of the map and reappear on the opposite side of the screen as a way to escape a near death or get the drop on another player or bot.  There are other ways to avoid imminent catastrophe as well including your ship’s shields and a variety of power-ups to refill health, activate a temporary invisible shield, or summon alien ships that will fight for you. All of these can help keep the game from evilly laughing at you through the controller speaker when you die. 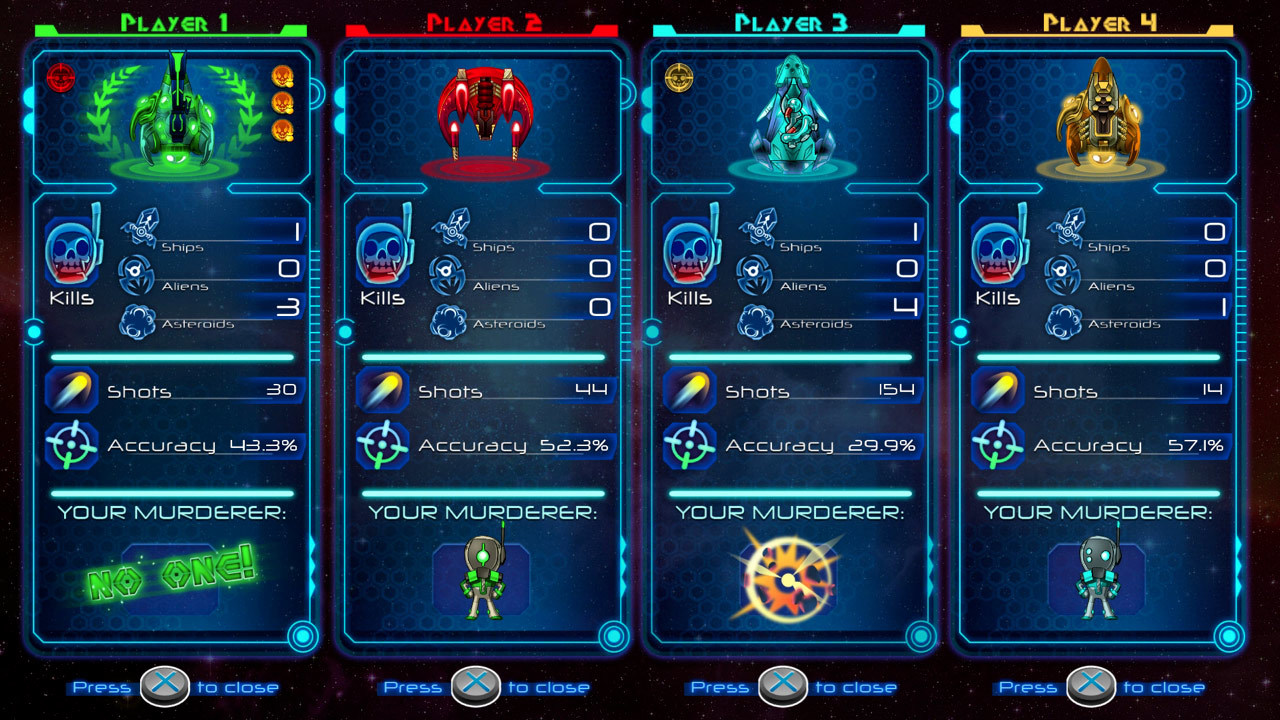 In Space We Brawl features three multiplayer modes that you compete with or against your friends with each with different options and objectives. Tournament pits each other in battle for a user defined number of matches where the best player wins. If you don’t feel like completing in matches you can compete in Championship where you battle until a player hits a target score. This is probably my favorite out of the bunch with a full set of players. For those that want an all-out fight to the death or sudden death you have Gladiator to keep you busy for a bit. Gladiator tests your skills as you compete until you run out of time or lives. Now most of these are designed to be played with real players but you can actually compete against Up to three AI controlled bots in Gladiator mode which is nice especially if you only have a friend or two over.

Regardless of you play this alone or have a full party of players, In Space We Brawl does feature a decent soundtrack and audio package. For starters the main menu music actually got me in the mood to actually play this game. Any fighters or arcade shooters that I’ve ever played and liked have largely pulled me in right off the bat with its music. For me, is just as important as the actual gameplay. In Space We Brawl actually does a pretty good job of keeping you in the mood despite the convoluted controls. To make things better Forge Reply makes use of the DualShock 4’s built in speaker to announce things in the ship and weapon select screen or to just flat out laugh at you in one of several selectable robotic voices.

So at the end of my time with In Space We Brawl, I found an interesting multiplayer space shooter that had some potential though maybe not the best choices in design. While I did have fun when I had four people to play with the lack of an online mode severely limits any longevity In Space We Brawl might have outside of a full out gaming party. I liked the challenges though those with a lack of perseverance may stop after several challenges due to their unforgiving nature. For those that stick it out you are rewarded with everything unlocked for some interesting and somewhat enjoyable multiplayer experiences. 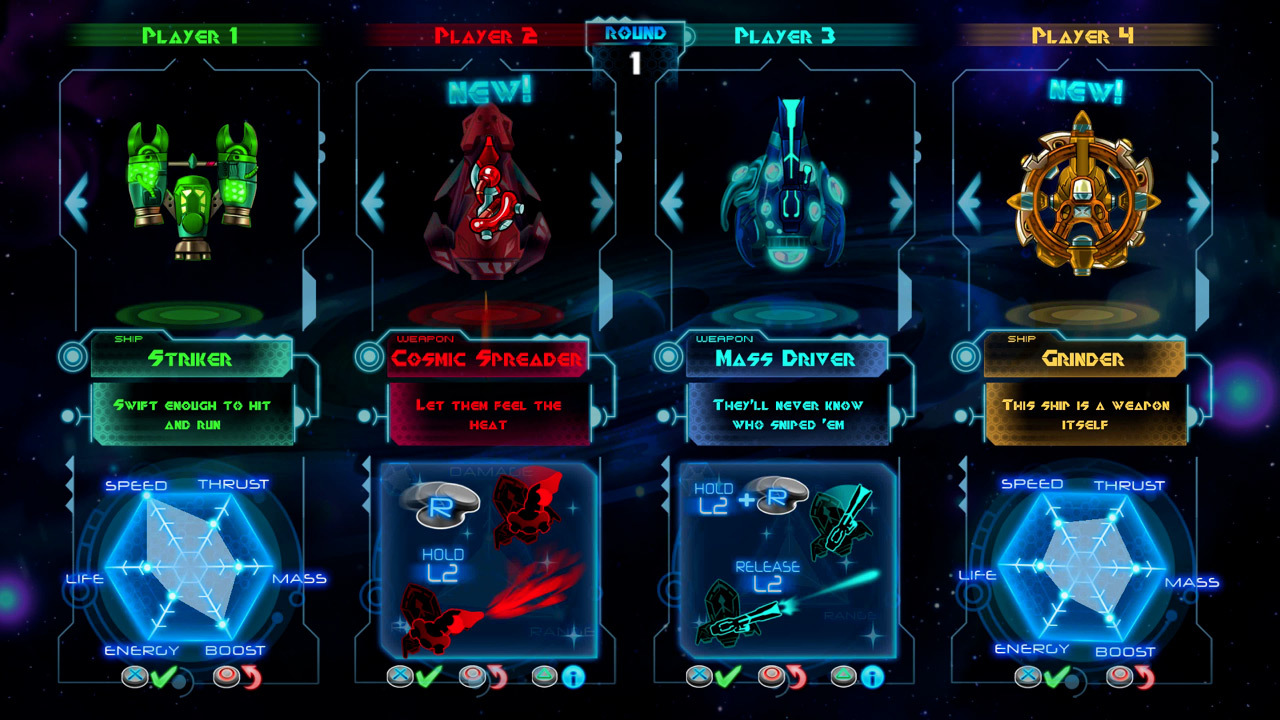 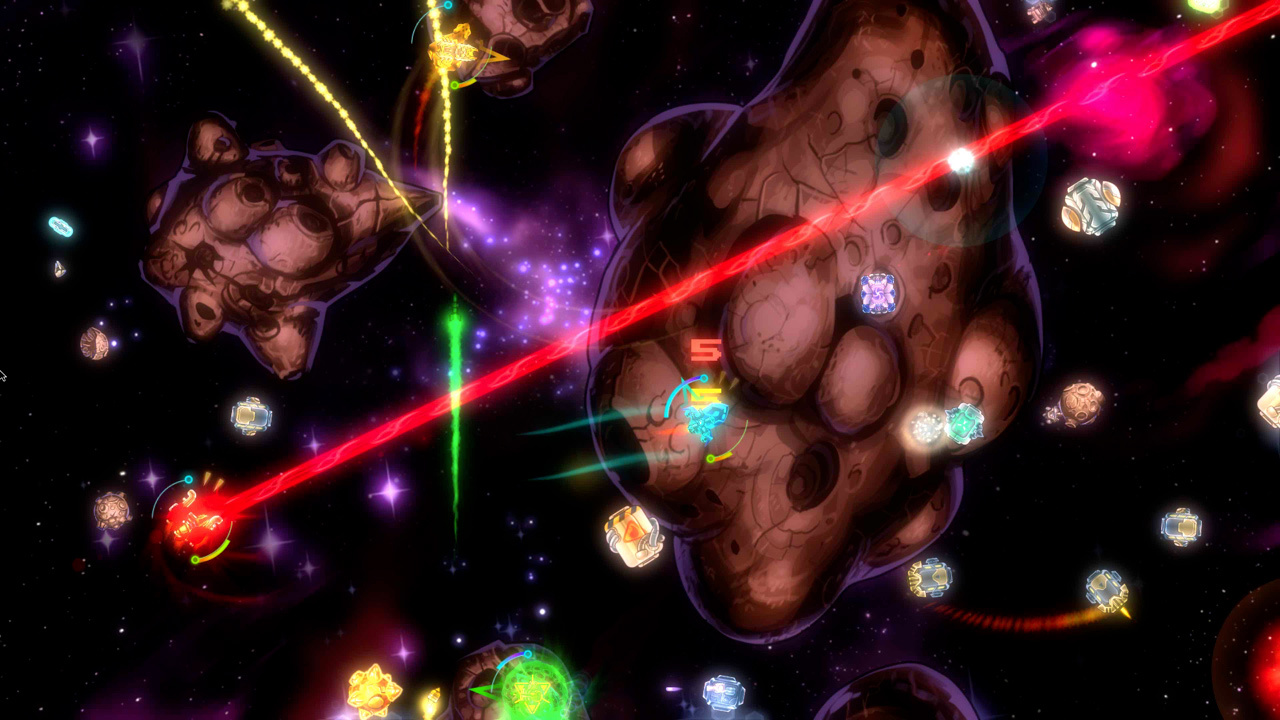 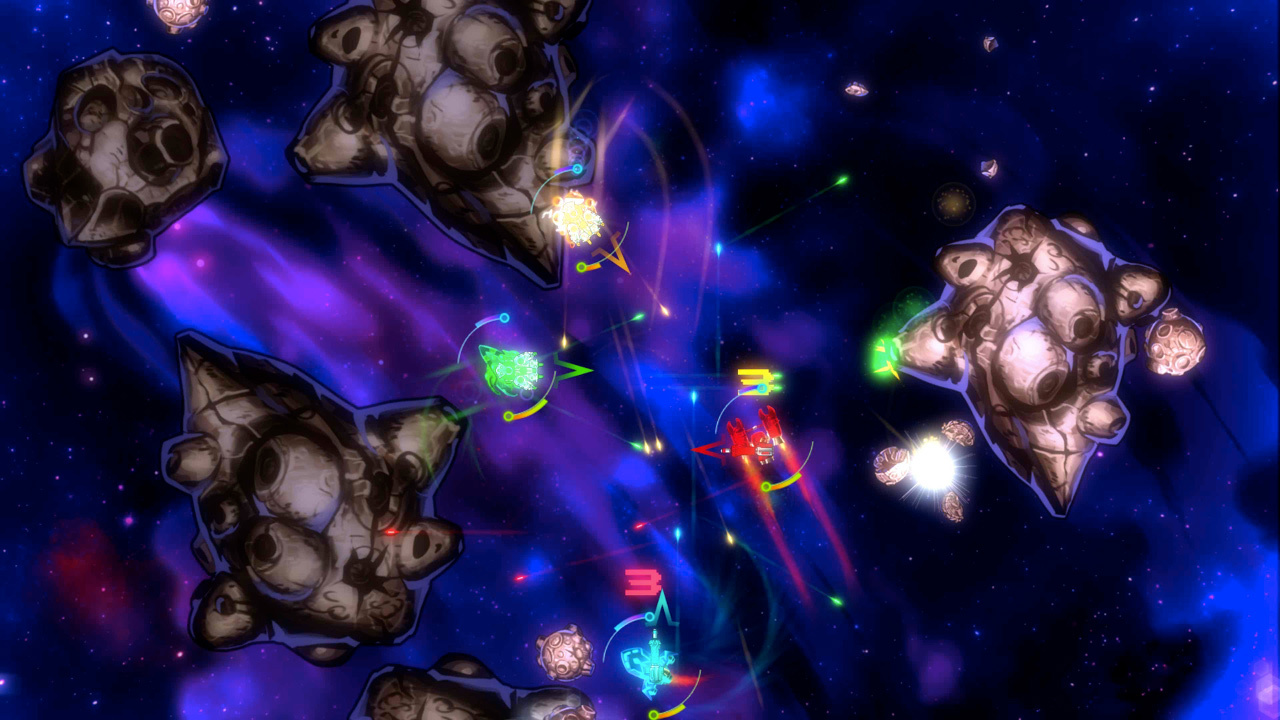 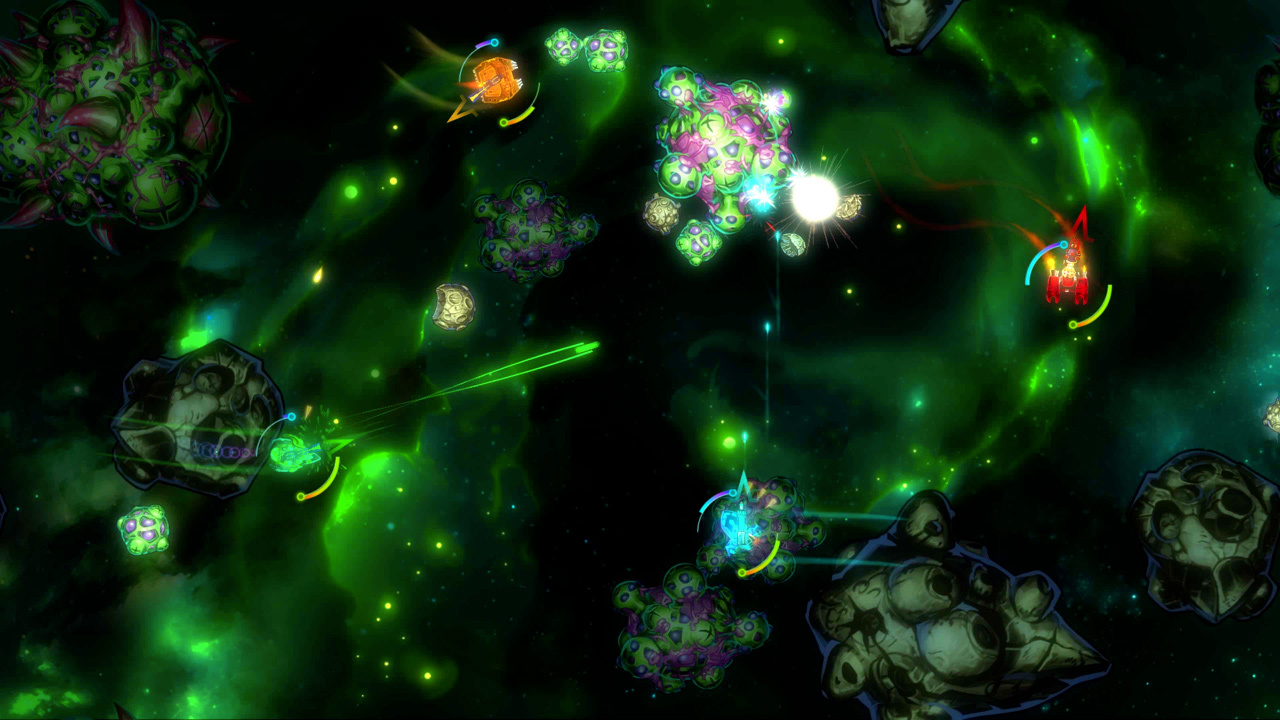 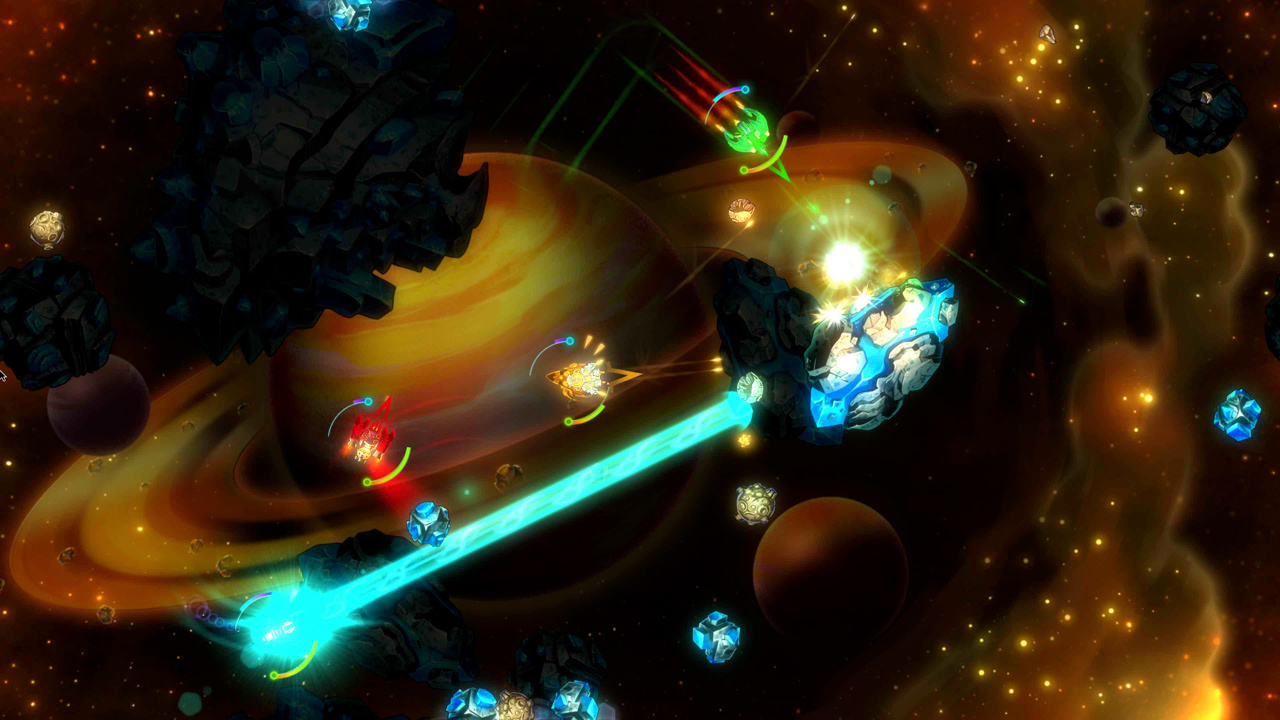 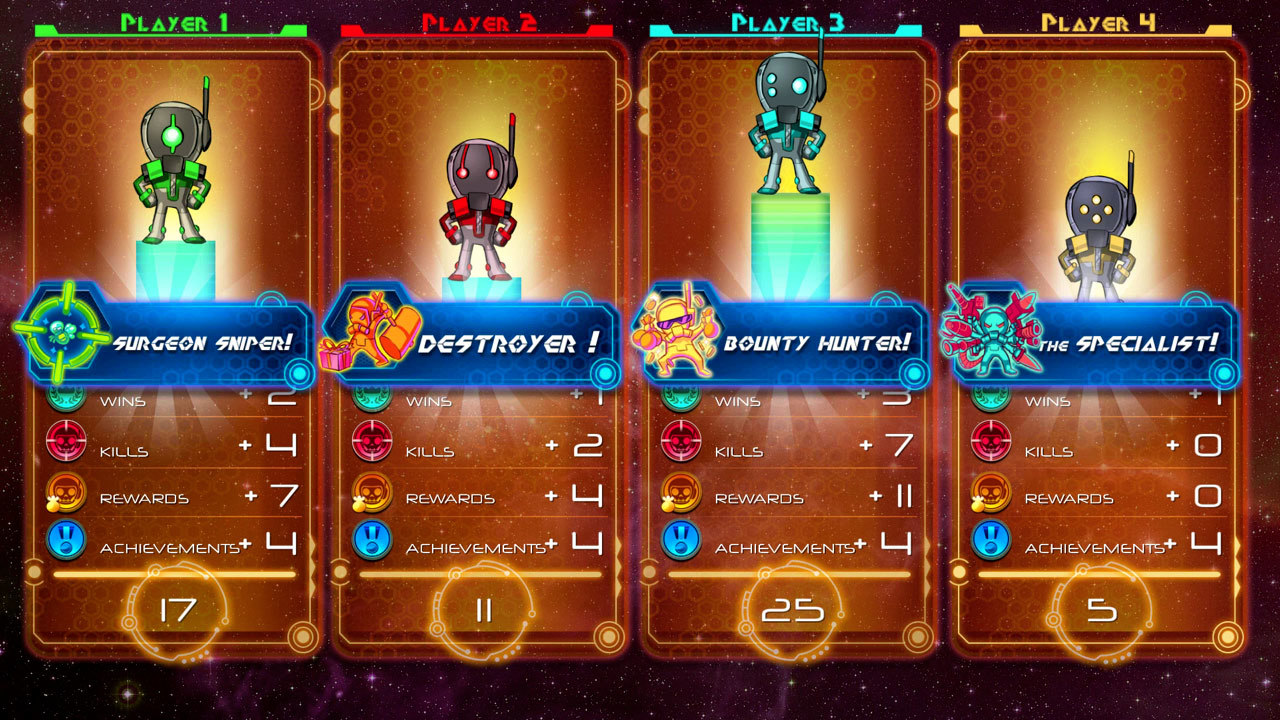 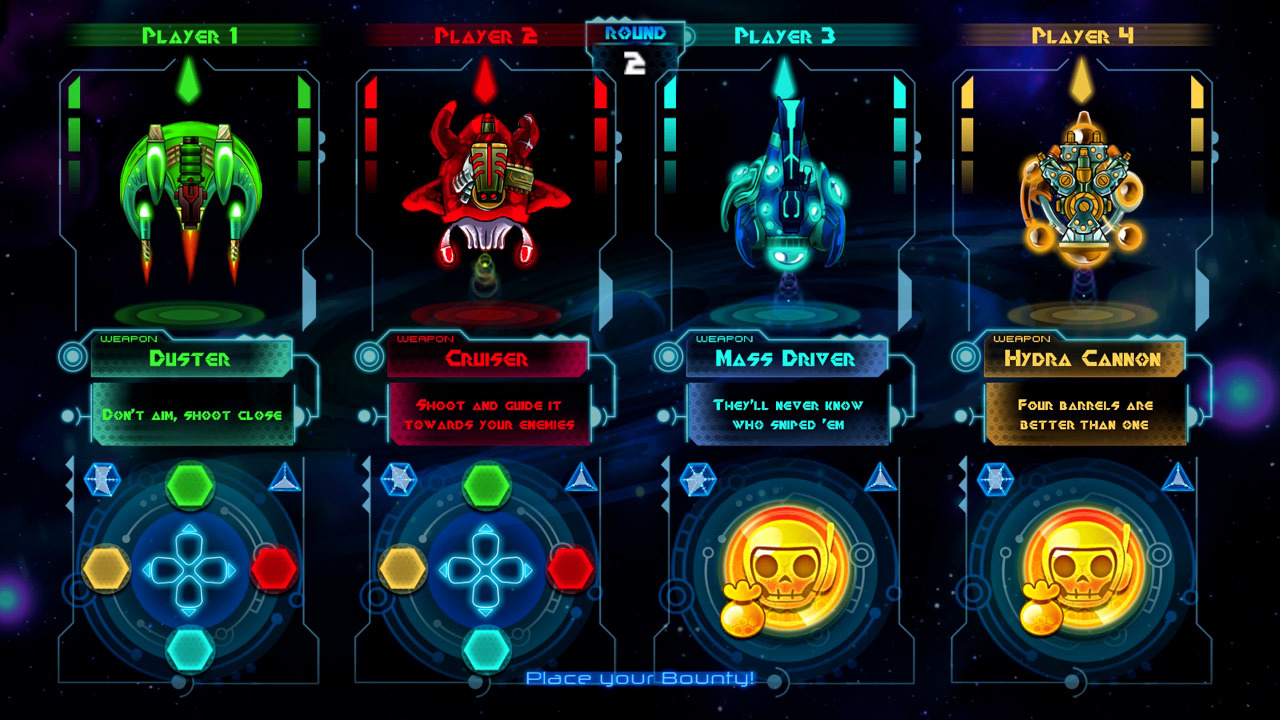