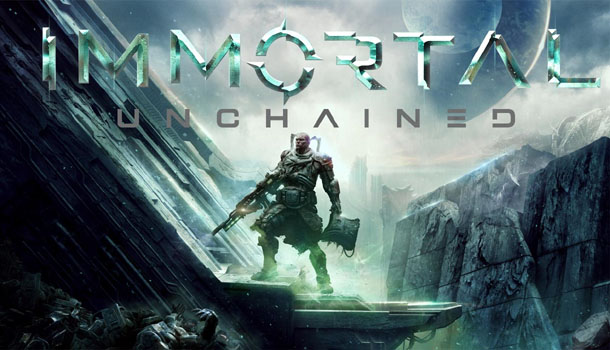 This is a game in serious need of patches, if not an entire overhaul.

Immortal: Unchained is the latest Dark Souls clone to arrive for PC, this time replacing medieval combat with futuristic guns as you take on the role of a one-man killing machine who gets out of prison just in time to save the galaxy from impending doom. On the surface the game should be amazing; the description, screenshots, and trailers all suggest that it would be, but when you look beyond the vertical slice of PR hype you’ll find a rather uninspired action-RPG shooter that is broken in just about every conceivable way. If this were the first stage of early access I would reserve judgement and retain some hope, but this is a final $50 game in serious need of patches, if not an entire overhaul.

To the game’s credit I did enjoy the premise and what little story I could glean from the minimal attempt at storytelling, but everything about the way this game felt, looked, and played was far more distracting than anything positive I could muster for my notes. I guess we should talk about combat since this is primarily a fighting game. The weapons in Immortal: Unchained are totally uninspired when it comes to futuristic design. It’s like the art team paged through a few issues of Guns and Ammo and modeled all the designs from real-life guns then tweaked them with neon accents. Even worse, all the guns perform pretty much the same way with no real variables on spread or distance, so a pistol shoots much like a sniper rifle, etc. Even the sound effects are nearly identical, at least with guns in the same class, and you’ll hear the same exact effect for multiple guns. 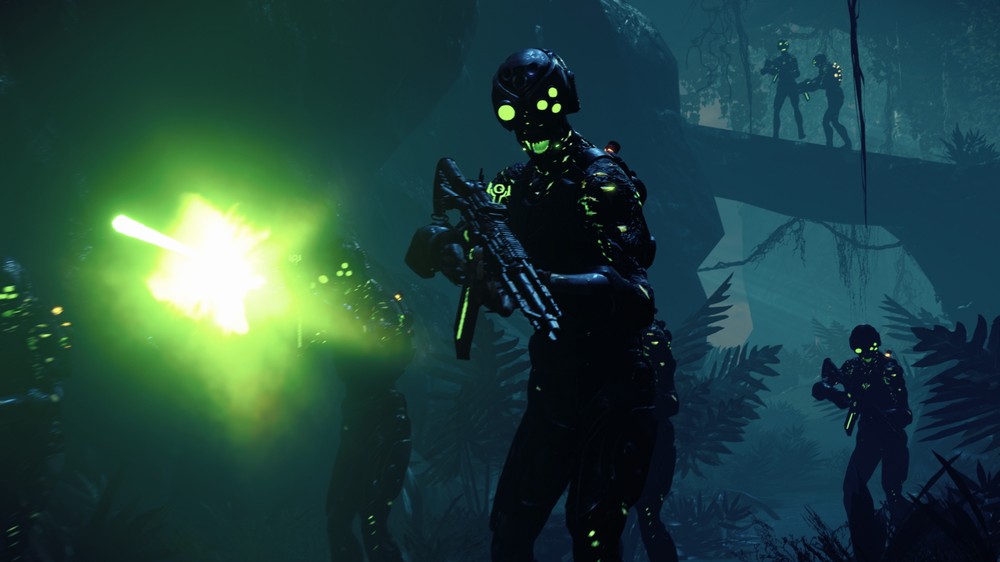 Immortal: Unchained just seems to be the result of minimal effort which begs the question of why they are charging $50 for this. At least the soundtrack is a free download, but that is ironic as well since I noted there were only one or two looping tracks in the entire game – there might be others but I couldn’t tell them apart. The music kind of lulled me into this trance as I explored dark muddy visuals that were used to create these maze-like repetitive levels that had entirely too much backtracking. Later on you will unlock the ability to fast-travel which can save you some precious time, but that’s not until 3-4 hours into the game. 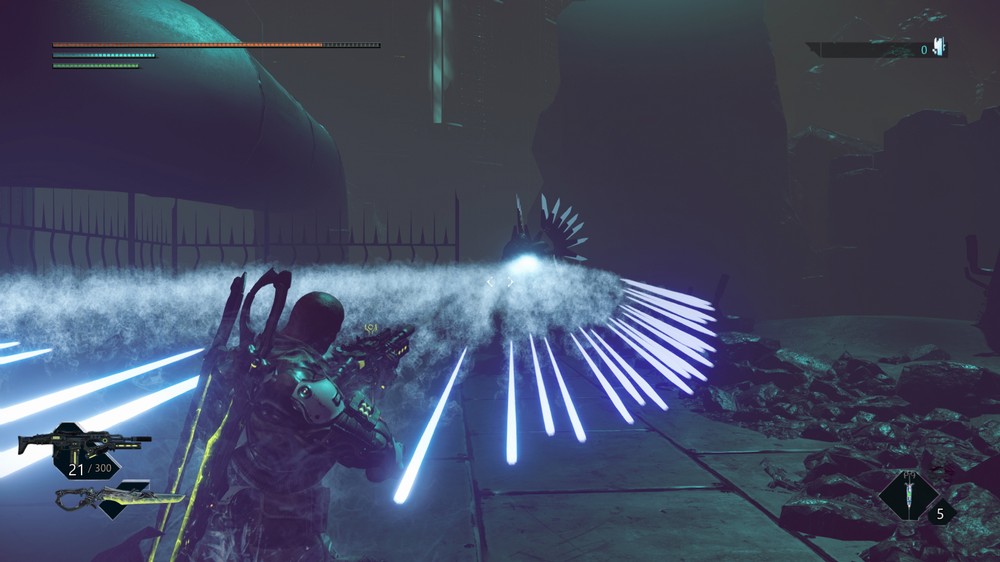 I love the idea of a futuristic Dark Souls but this game just doesn’t cut it. I had more fun with The Surge, which was not without its own set of issues. I see some good ideas and good intent behind this game but it looks like the devs gave up or just stopped caring long before the project was finished. At least I hope that’s the case otherwise they just aren’t good at making games. I mean, there were missing textures and a few times where I just fell through the map and had to restart. This is not prime time gaming.

Obviously I cannot recommend Immortal: Unchained at this time at any price. If the game gets a few more patches it might be work $20-30 someday, but many of the issues are rooted in the games core design and may be beyond a simple patch. There are so many other games in this genre, most all of which are less expensive and higher quality, so you have options. I’d recommend replaying Dark Souls (again) or giving Lords of the Fallen a try or even check out The Surge. These all have their own assorted issues but are still more fun and challenging that Immortal: Unchained with less investment. 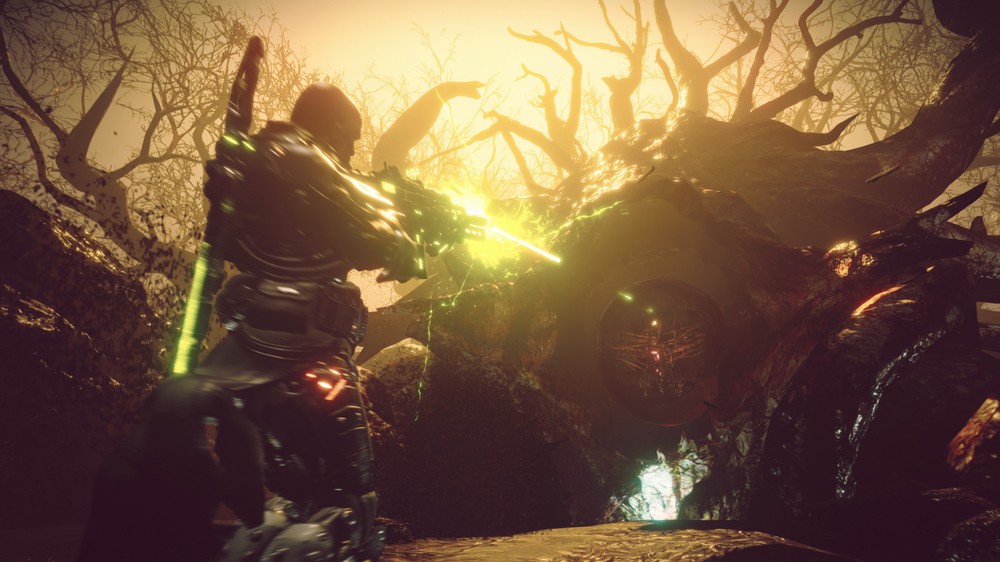 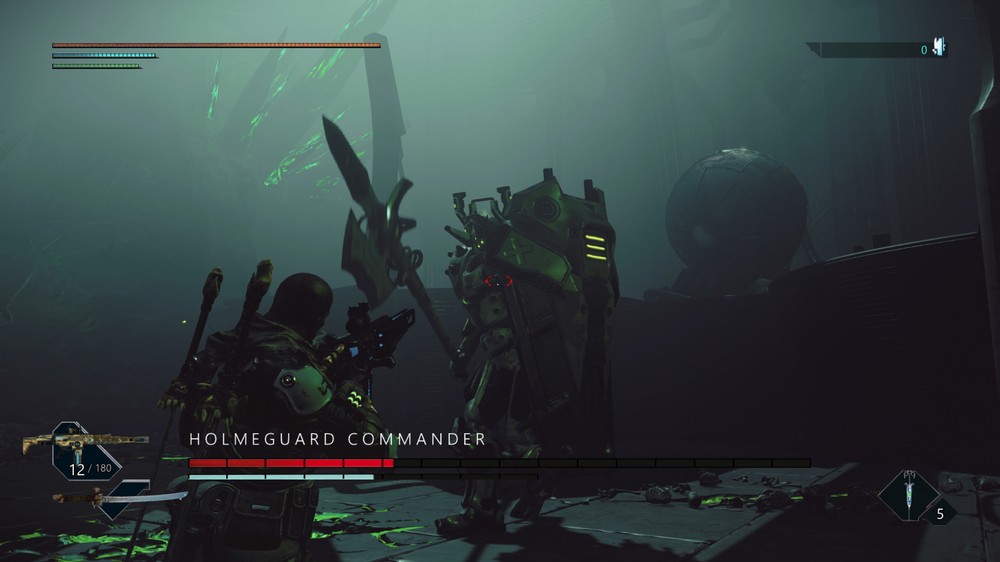 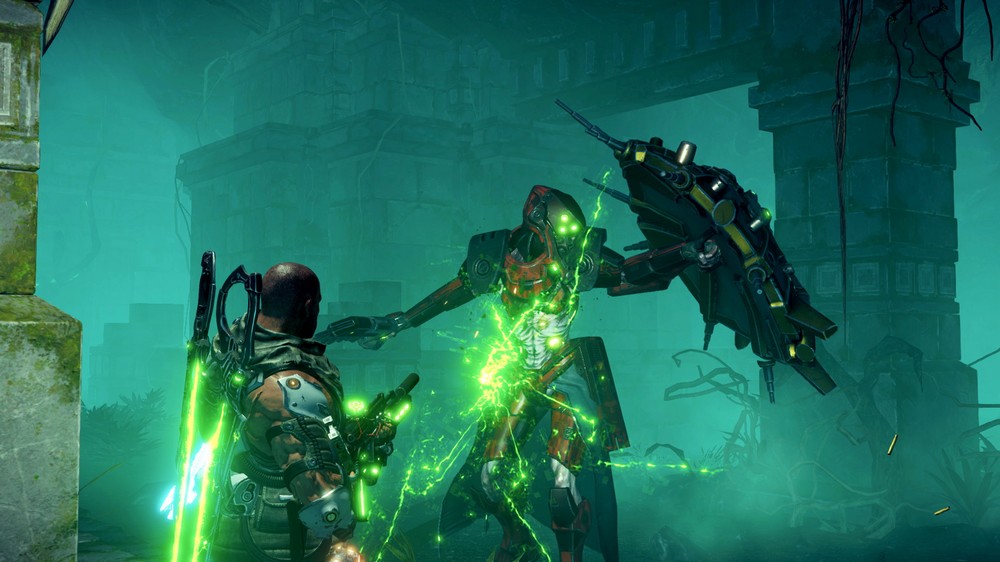