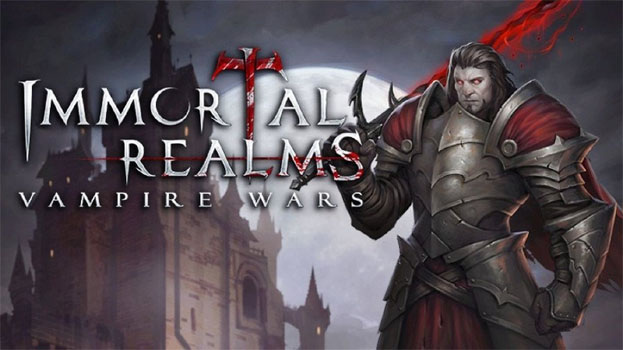 Ambitious in scope but too complex and unwieldy to be enjoyed by most.

Considering their popularity in wider culture, it’s a little strange to think that vampires don’t have a larger presence in the videogame medium, particularly in the modern day. Immortal Realms: Vampire Wars is an attempt to at least partially correct that, delivering a story full of bloodsuckers and intrigue, all wrapped up in a Strategy-RPG package. By taking control of three different vampire clans, you’ll attempt to retain control of the land of Nemire by battling mortal armies and all kinds of mythical creatures. 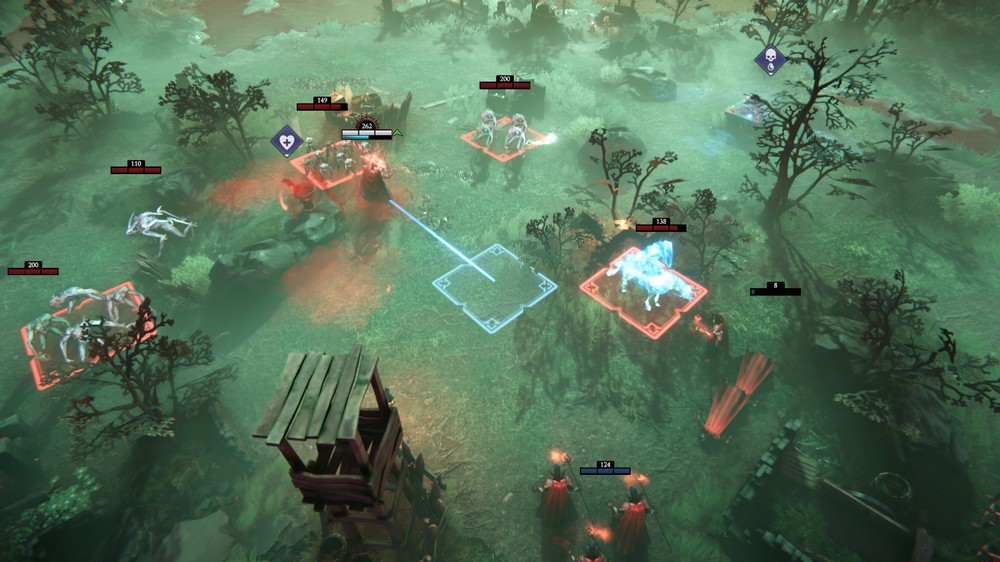 As with many strategy games of this type, the best place to start is with the Campaign mode. There is currently no multiplayer option for Vampire Wars, with the campaign being complimented by a Sandbox mode, which allows you to set your own rules of engagement, and Skirmish, where you can jump right into the tactical battles that the game presents. Interestingly, it is only the Sandbox mode that appears to allow you to select the difficulty, meaning that for the campaign, you are restricted to the developer’s vision whether you like it or not. Unfortunately, Vampire Wars doesn’t have so much of a difficulty curve as it does a difficulty mountain range, meaning that while you’ll go through a number of valleys where the game seems more than manageable, to points where the obstacles in front of you seem near impossible to overcome. Even more unfortunately, I found the first of these obstacles approximately five minutes into the first mission of the campaign, leaving the rest of the story mode gated off for a couple of days until I managed to bluff my way past that first challenge.

Though Vampire Wars presents three different campaigns, they need to be completed in order, meaning that you can’t jump from one clans’ story to the next and back again if you feel the need to switch things up or if, in my case, you’re struggling to win your first real battle. I did find, though, that once I managed to bypass that tough section, the first of the first few missions weren’t too bad, and I managed to race through the next few sections, at least as much as you can race through a strategy game such as this. Vampire Wars is a mixture of different elements, with a board game type overlay, a strategy RPG style battle system and an army management system that would feel at home in a Collectible Card Game. 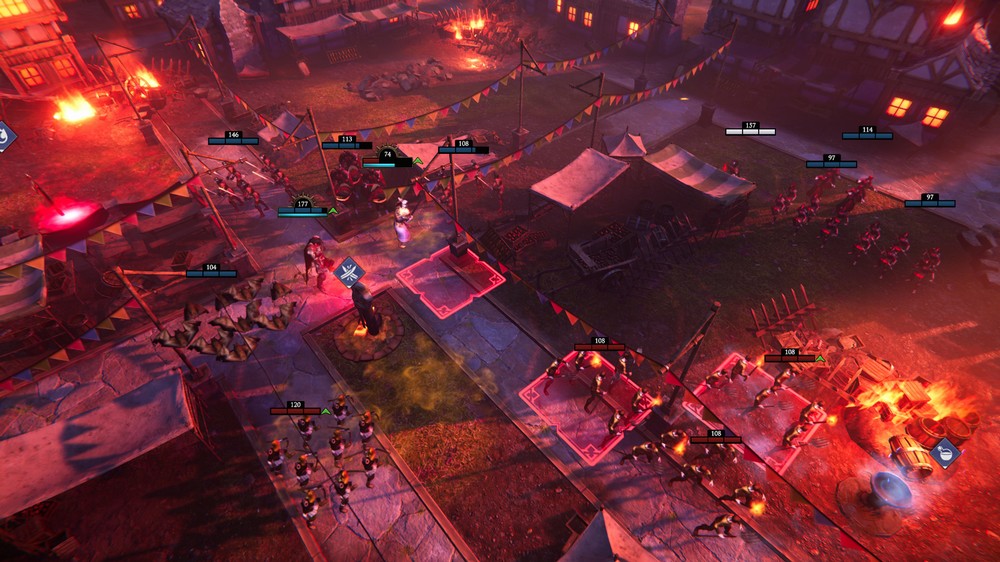 While this mixture of elements does work reasonably well, it also adds a level of complexity to the game’s navigation that can sometimes feel unnecessary, especially when playing with a controller. Certain elements and menus require multiple button presses to get to, and it’s not always clear how you jump from one menu to another. There’s little about the game that plays out in real time, which makes this a little more forgivable, but I did have a number of occasions where I pressed the wrong button in a crucial moment, either due to confusion on my part or a lack of clear labelling in the game. Once I started to get the hang of the controls and what was being asked of me, I was much better able to zip around the world map and battle screens with relative ease, but I don’t think I was ever able to truly relax with the controller in my hand.

In terms of the campaign itself, the story is fairly unremarkable, with tales of noble vampires having their lands invaded by cruel humans, and populaces rising up against their unjust masters. There are four missions for each clan, and due to the size of the map in each mission and the number of battles you’ll take part in (especially if you try to explore the whole area), levels can take 60-90 minutes to beat, depending on how many times you need to reload a save. Saving early and often is highly recommended, as one wrong move can seriously harm your chances of success. Vampire Wars is an unforgiving experience, and it only took one instance of me losing a good deal of progress for me to remember to save my game after each decisive action. 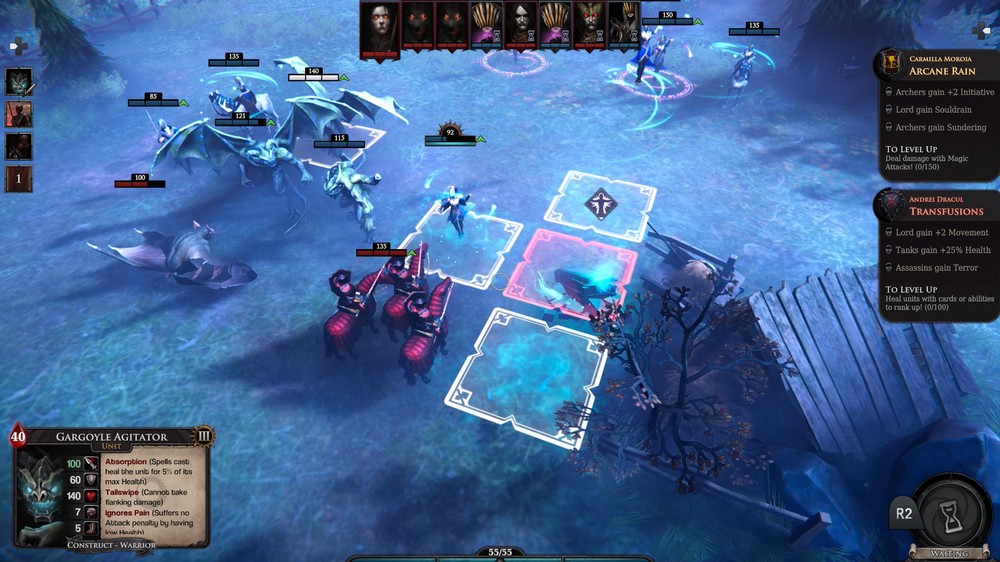 Perhaps because of the length of each mission in the campaign, I found that I rarely jumped straight from one mission to the next in a single session. This was partly due to the time commitment for finishing a level, but also because of the fact that Vampire Wars starts to feel a little too familiar after a while. There’s only a limited number of units to control and maps to battle in, and despite the fact that the game is difficult, the combat itself doesn’t contain that much depth. Each of your hero characters, called Lords, have a selection of powers to use in battle, which can add some variety, but otherwise most battles are a slog to see whose forces can hold out the longest. You have the option to flank enemy forces to gain a damage bonus on your attack, but each of the maps is so small that there isn’t that much chance to really experiment with tactics. Furthermore, the rotation of maps is quite limited, so while the distribution of battle areas seems to be random, you’ll soon learn where the best chokepoints are in a map, and where you’ll need to position your forces for the best chance of success.

Immortal Realms: Vampire Wars deserves some credit for attempting to do things a little differently, both in terms of the subject matter and in the way it brings together elements from a number of gaming genres to make something unique. However, it is perhaps one of the more unfriendly and unwelcoming games that I have played in recent memory, with a lack of customization options and a menu system that remains confusing even after playing the tutorial and a number of missions. There are redeeming factors though, and if you can see past the flaws then the campaign is long enough to keep you busy for quite some time, with the Sandbox and Skirmish modes adding even more reason to return. With an interesting mix of genres and an uncommon theme, Immortal Realms: Vampire Wars might be worth a look for some, but just be aware that you’ll need to bring a healthy dose of patience and perseverance with you. 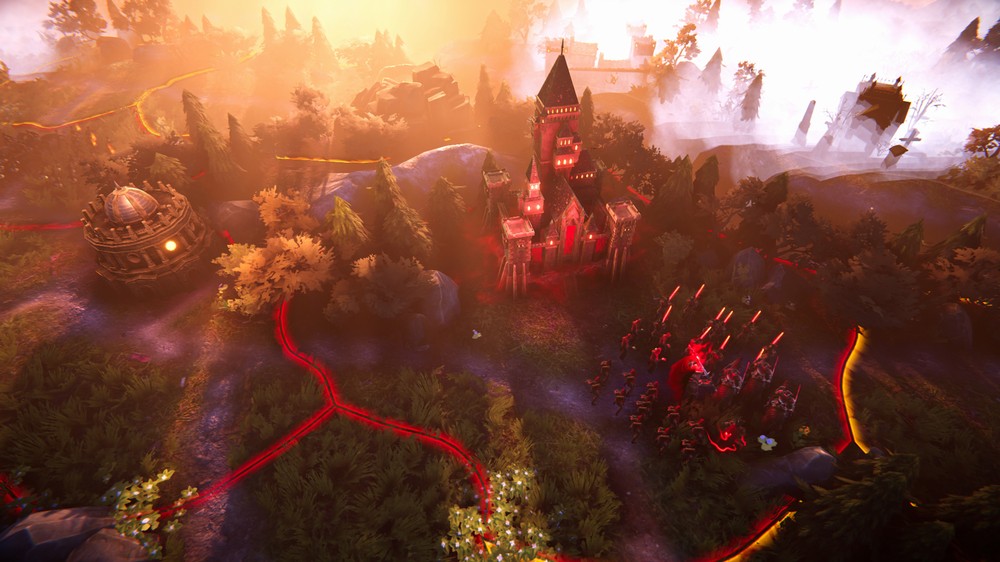 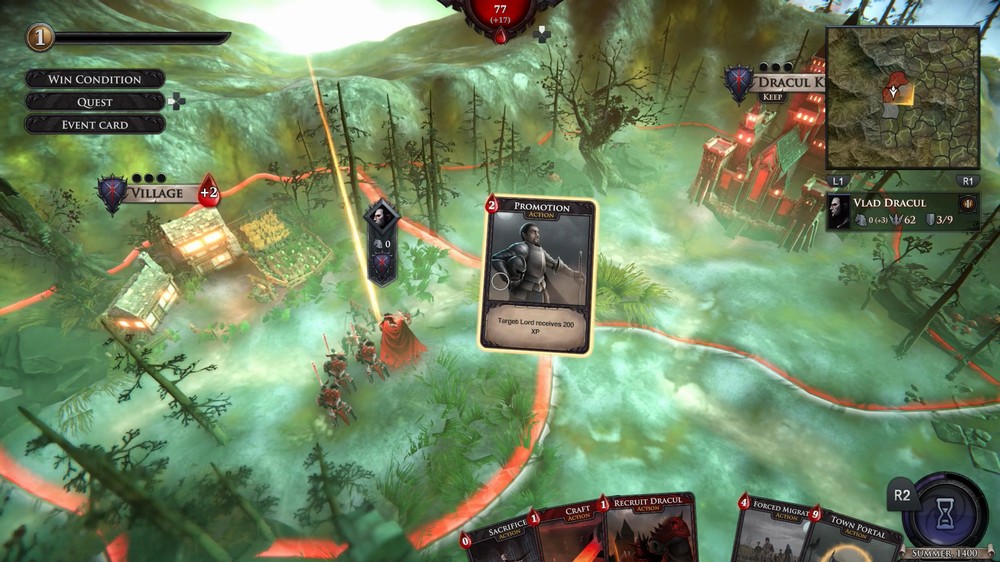 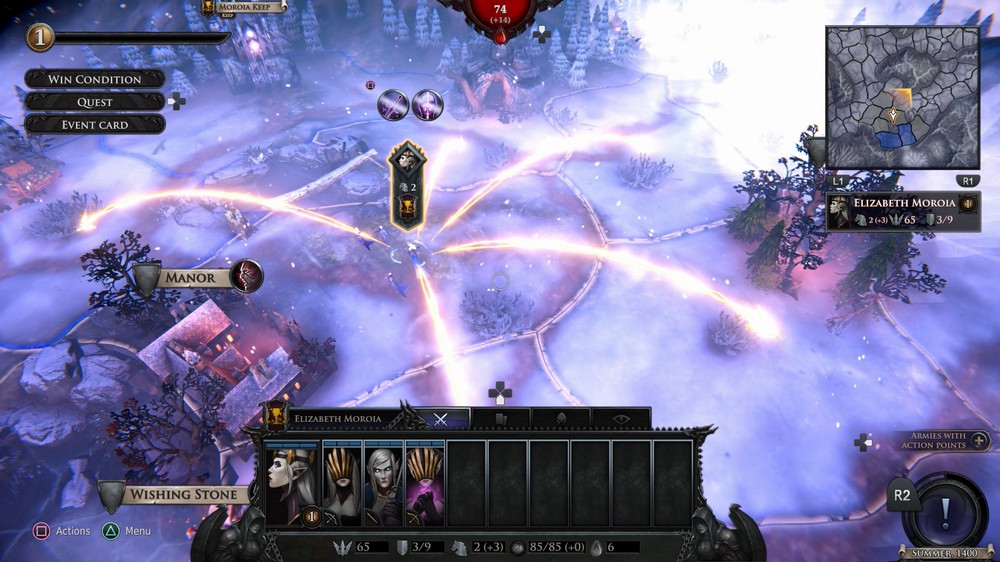 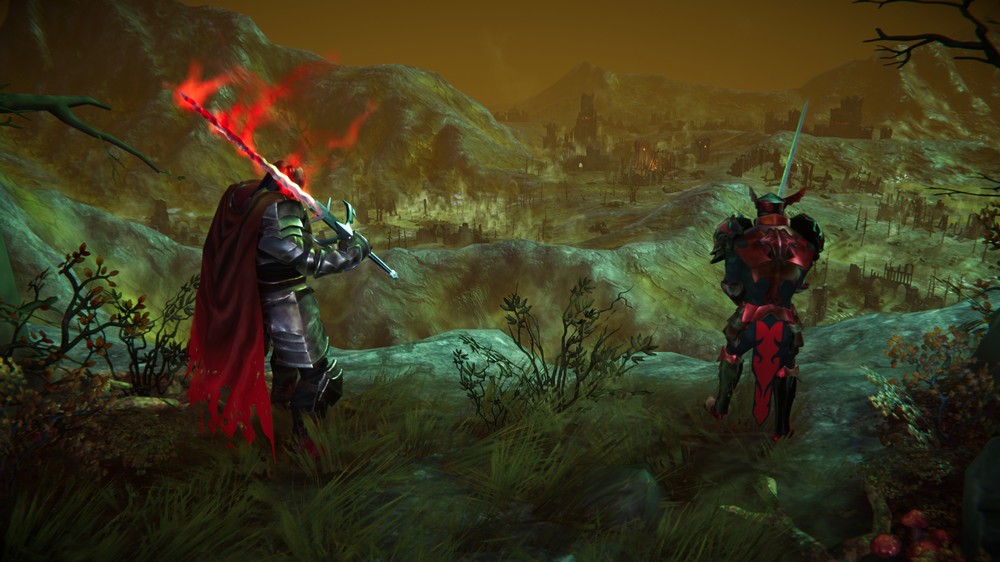