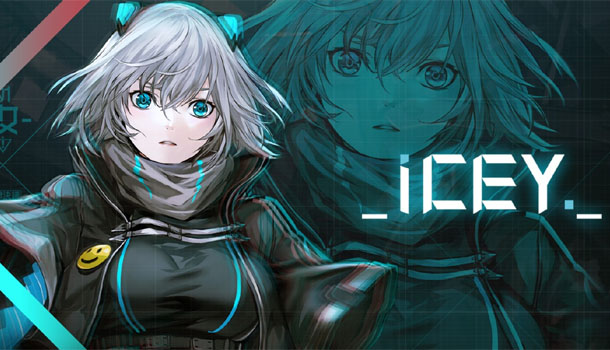 + Great gameplay
+ Visuals that hold up for the most part

There’s something going on with Icey for the Nintendo Switch, but even after playing through it, I’m not exactly sure what, nor am I sure if it’s ultimately a good game or not. There’s a lot of really interesting things going on under the hood of this game, but none of it really ever comes together in a meaningful way that compels you to play more.

If you’re looking for an enjoyable action/adventure 2D side-scroller, you could do worse. BUT, if you’re looking to buy into the deeper, nuanced gaming experience that the title is pitched as, you’ll find that it comes up short in several regards.  Icey is a hack-and-slash 2D action game that looks somewhere between a Vanillaware release and the remastered Metroid 2: Samus Returns from late last year. Add in a healthy dash of anime-inspired visuals, and you’ve got Icey. 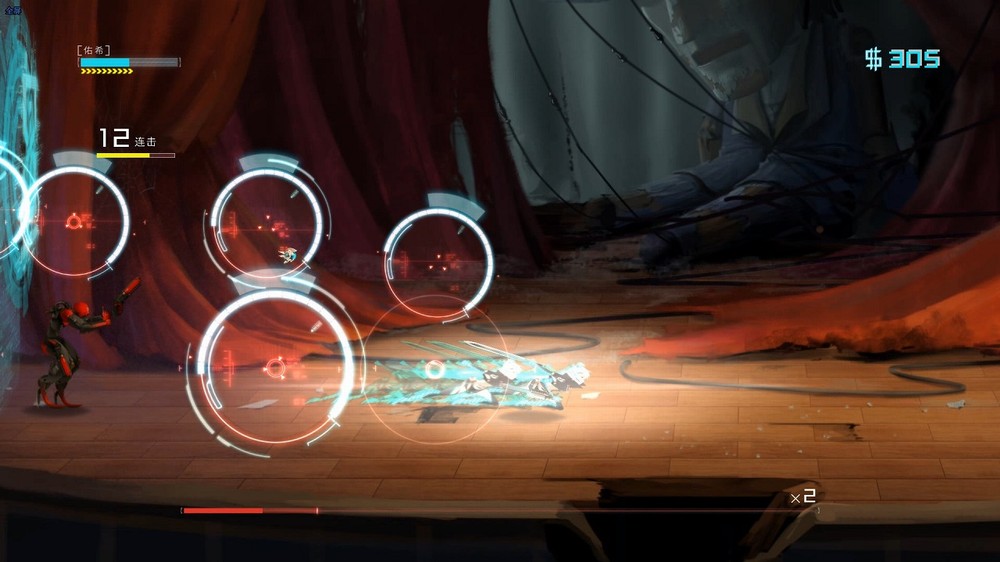 You play as an android being compelled through the narrative by a mysterious narrator through the majority of the game. You’ll explore fairly typical sci-fi surroundings and trappings across a handful of hours. While they may not seem inspired, at least these environments are well-rendered. The big selling point for Icey is the combat, which is tight, responsive, and enjoyable. It’s by far the game’s biggest highlight.

Visually, Icey mostly sticks the landing. There are moments where character models or animations seem… off… in a way I could never quite put my finger on. Slightly amateurish? I don’t mean to sound harsh, but those weaker aspects of Icey’s presentations are part of what holds back the overall experience from being elevated to greatness.

Likewise, the audio department is competent but never anything more or less. A game like this practically begs for de-rezzed sound effects and a booming, thumping score, which I never really felt was delivered. Again, it’s a shame because a memorable score could have really helped sell the experience Icey is going for. 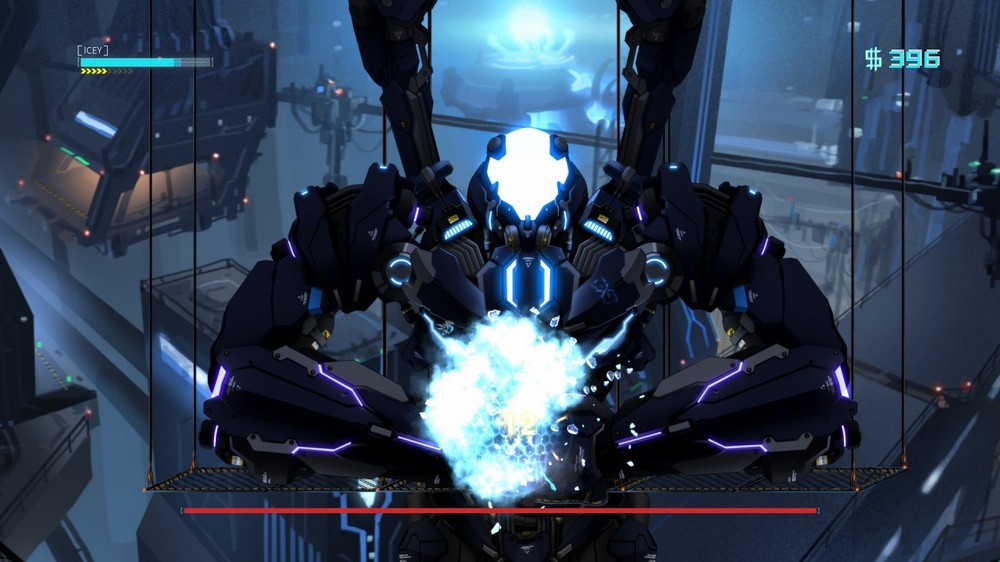 Ultimately, what truly matters above all else is the gameplay in a title like this, and that’s where Icey excels. The combat is fun and addictive, plain and simple. Chaining together attacks feel brutal, devastating, and rewarding.  No matter how off the rails the story gets as it rockets forwards, I still kept coming back to the enjoyable combat as a reason to soldier on. To be completely honest, the strength of my recommendation is entirely dependent on the gameplay. Without this solid core loop, there wouldn’t be much here to point towards.

So where does Icey fall the hardest? I’ll be blunt- this game, and by default, its developers think that it’s more clever and thought-provoking than it really is. I detected shades of Spec Ops: The Line, Bioshock, Portal, and The Stanley Parable in Icey, but without any of the genuine wit, intelligence, or self-confidence of those titles. 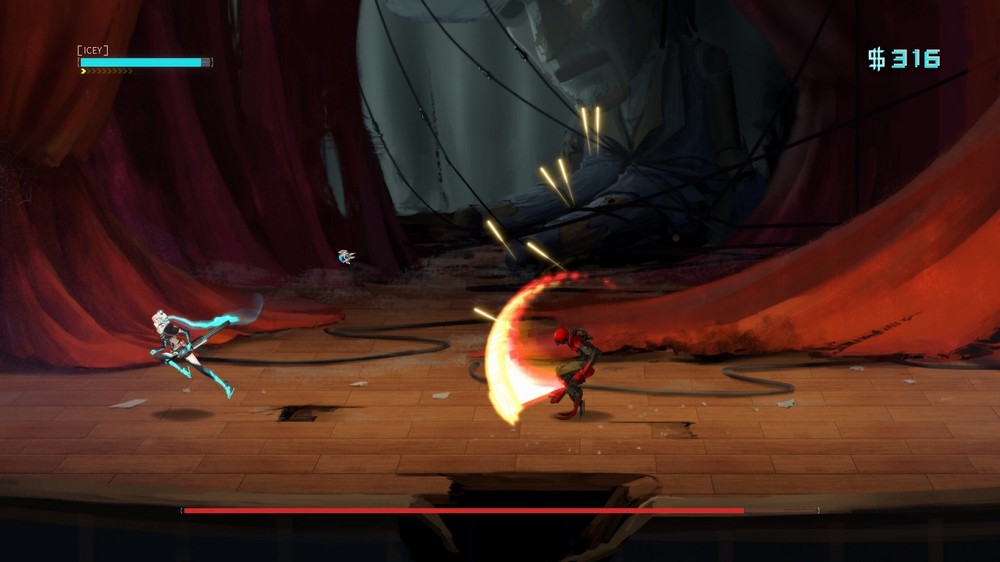 If you, the player, do exactly what you’re told to do and travel from point A to B for the entire duration of Icey, your reward is the base game- a somewhat enjoyable, if not forgettable, side-scroller action game. If, however, you venture off the beaten path, you’re almost always guaranteed to be rebuked, punished, and harassed by the narrator… but really, we’re talking about the developer.

Everything from the impatience of gamers, to gamers playing games solely for achievements and trophies, to the nature of violent action is explored in a droll ham-fisted manner that always goes on for too long, and will constantly have you moments away from turning off the game and deleting it. Hearing a joke once or twice is funny- hearing it twenty times is annoying. At a certain point, this game is just harassing you for playing it.

Icey has a lot going for it, but in the end, it’s a middling action game with some solid gameplay that’s dragged down by a shallow attempt at self-aware writing. If you have the time, and only care about the gameplay, then check it out. Steer clear otherwise. 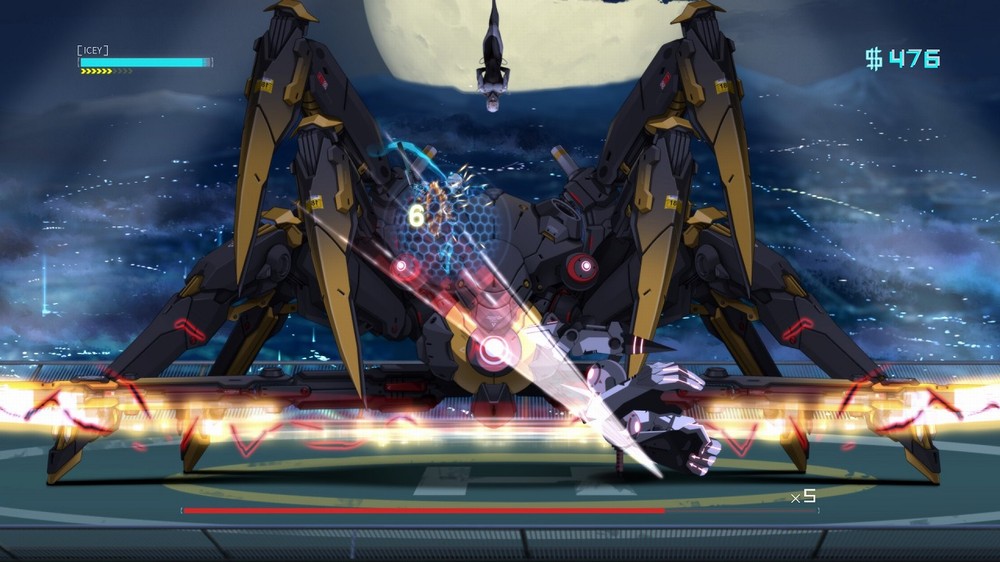