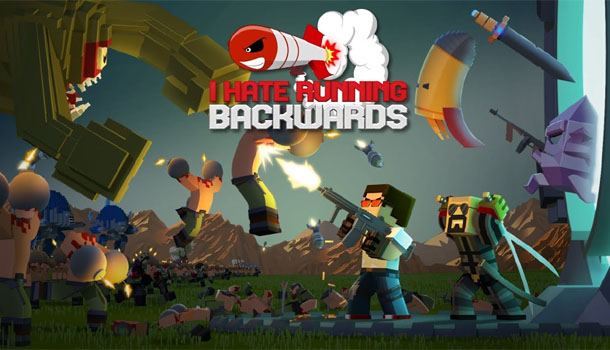 + Great use of franchise
+ Endless and addictive fun
+ Great co-op

- Game is hard
- Bosses are harder
- Lots of trial and error

“I Hate Running Backwards” aren’t just good words to live by; they are also the title of the latest Serious Sam-inspired arcade game that takes the franchise in a whole new direction. Combining an endless-runner presentation with blazing combat and endless hordes of enemies across procedurally generated levels, no two games will ever be alike.

On the surface, I Hate Running Backwards looks like every other top-down arcade shooter from the 80’s, but upon closer inspection you’ll see this entire game is lovingly rendered in retro-style 3D allowing for some unique isometric camera angles on the action. The hook for this particular game is hinted at in the title. Sam (or whichever character you pick) will be running AWAY from the waves of franchise-favorite monsters that stream in from the bottom and sides of the screen. As you race toward the top of the screen you can guide Sam through plenty of pick-ups and power-ups, collecting new weapons and ammo for those weapons along with health boosts and extra lives. 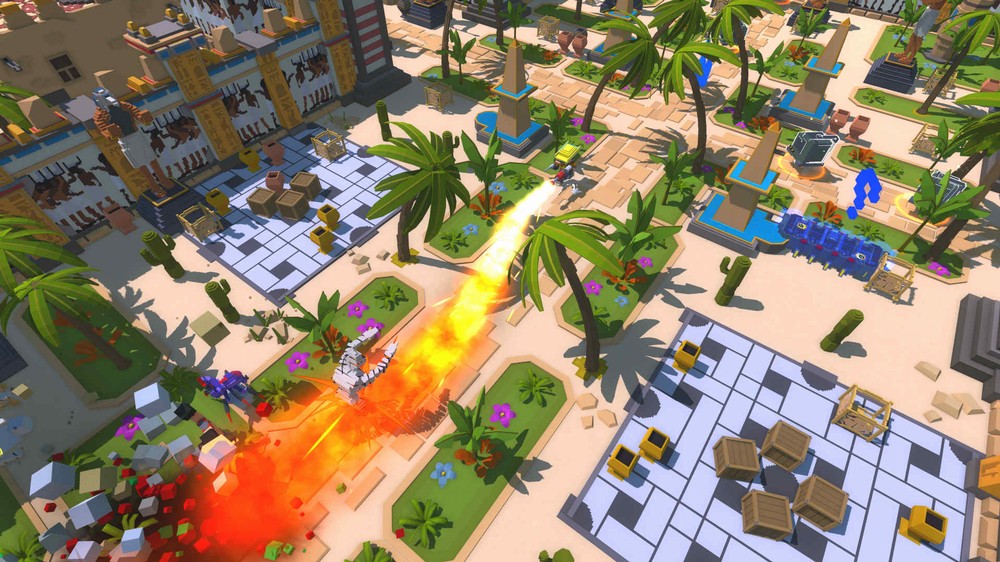 I Hate Running Backwards has all the Serious Sam charm and signature over-the-top combat. There is a mighty arsenal of weapons including 40+ special weapons you’ll find scattered about in crates. You can even combine regular and special weapons for devastating moments of duel-wielding carnage. There is a large cast of secondary characters, some with special abilities, which means you won’t always be fighting over “who gets to play Sam” when you team up with a friend for couch co-op. The co-op is perfectly implemented and adds greatly to some of the more strategic elements, but resources aren’t shared so don’t be an ammo hog.

If things weren’t hard enough already (and this game is HARD), I Hate Running Backwards allows you to stream on Twitch and have your audience interact with you from the chat by spawning various enemies or take direct shots at you using the Twitch drone. There are only a handful of games that support this type of interaction, and while it is rather limited it still adds some unpredictable danger and will help boost your stream community. 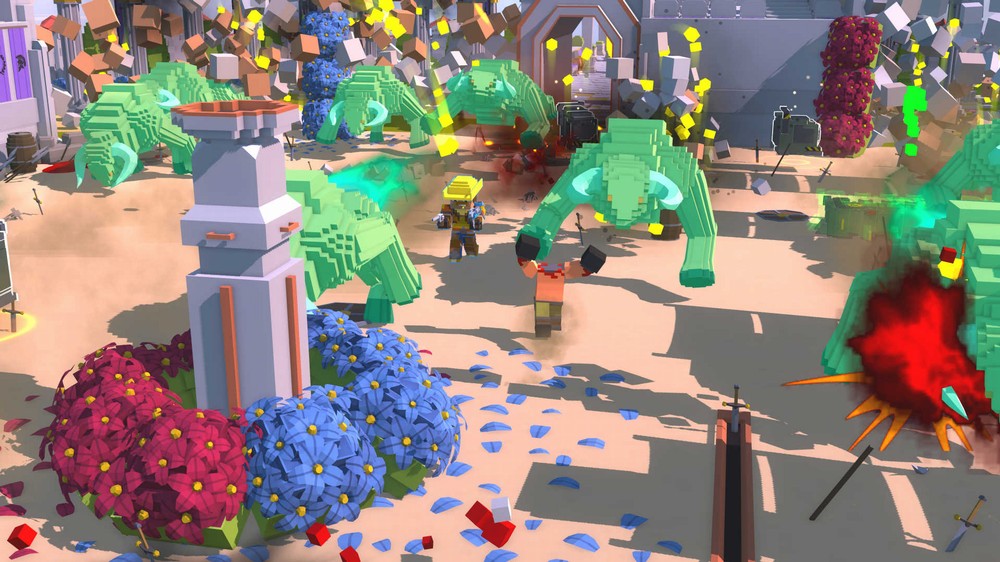 The presentation is outstanding with colorful retro graphics that look like the next gen of Minecraft. While objects are blocky and the camera is usually far away you can still recognize all your favorite Serious Sam characters and creatures and even some of the signature locations like Egyptian temples dating back to the very first game. The gameplay is silky smooth despite the continual mass chaos, even when you hop in a jeep for a brief driving segment. And all those familiar sounds are back that signal what type of monster is about to attack. I still have nightmares about those screaming suicide bombers. The soundtrack is high energy and perfectly suited to the gameplay.

Being an arcade game you can’t really put an hour estimate on I Hate Running Backwards. You play until you die, hoping to get a higher score than last time and then do it all over again. I’ve enjoyed countless hours playing alone and with friends, and this is definitely the type of game you’ll keep installed for random and spontaneous bursts of gaming when you don’t have time for some 50-hour RPG. There is more than enough gameplay here to justify $15; especially when every game is fresh and new. 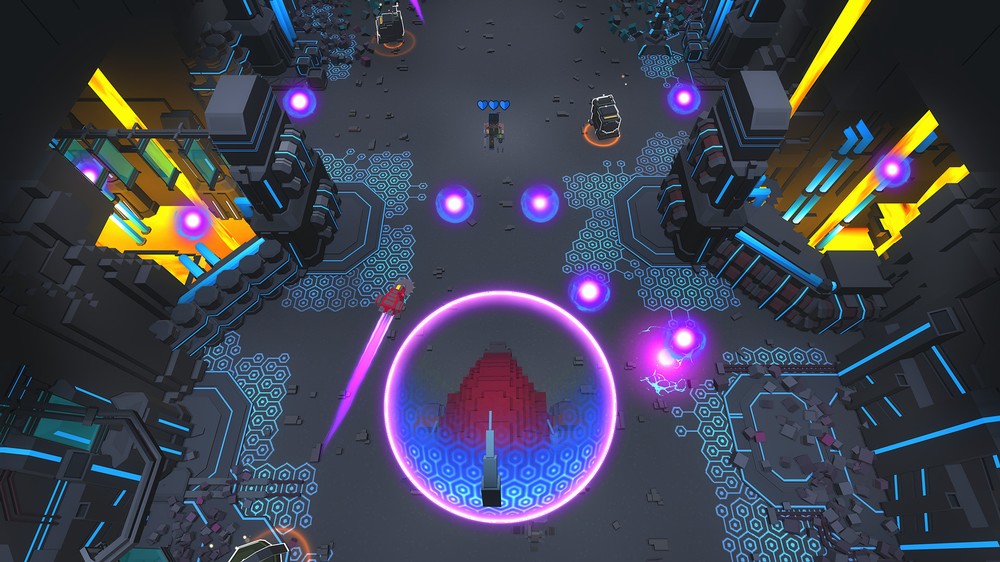 It’s nice to see Serious Sam continue to thrive between his signature FPS installments. Croteam has definitely created a “world” filled with clever heroes and fiendish monsters, and it’s great to see that world unfold in fun and challenging spinoffs. I would have never imagined Serious Sam as an endless runner type game, but I Hate Running Backwards pulled it off and kept it legit. 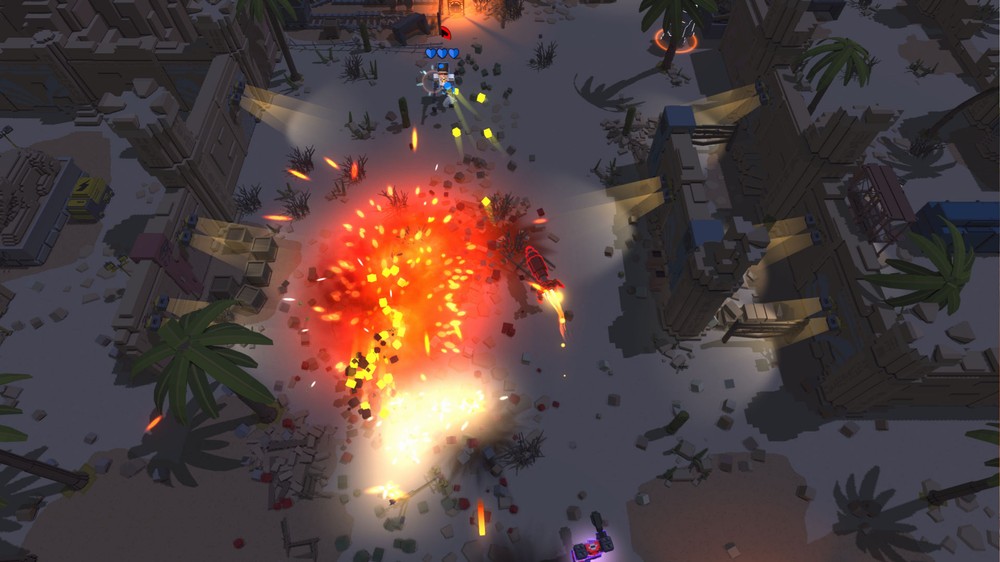 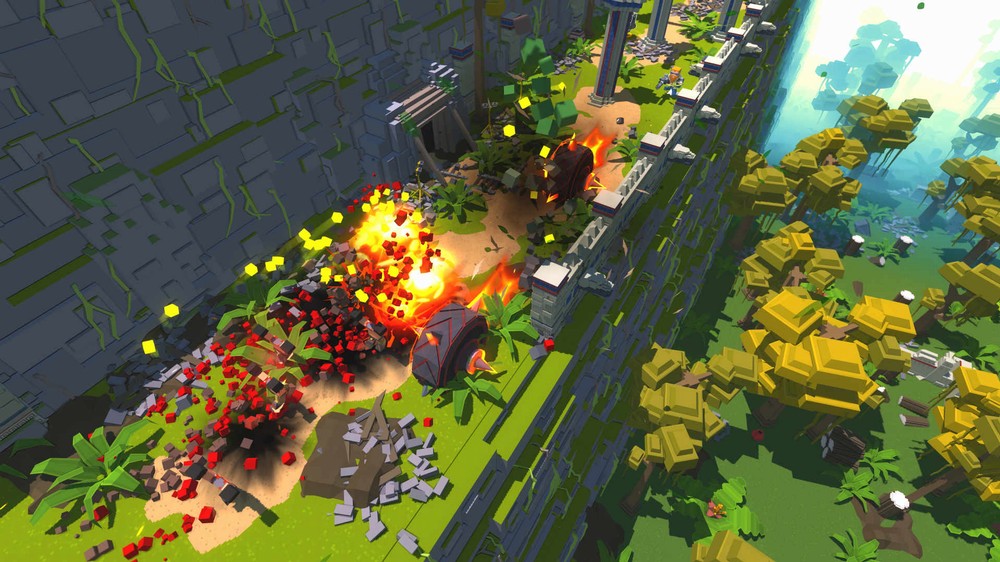 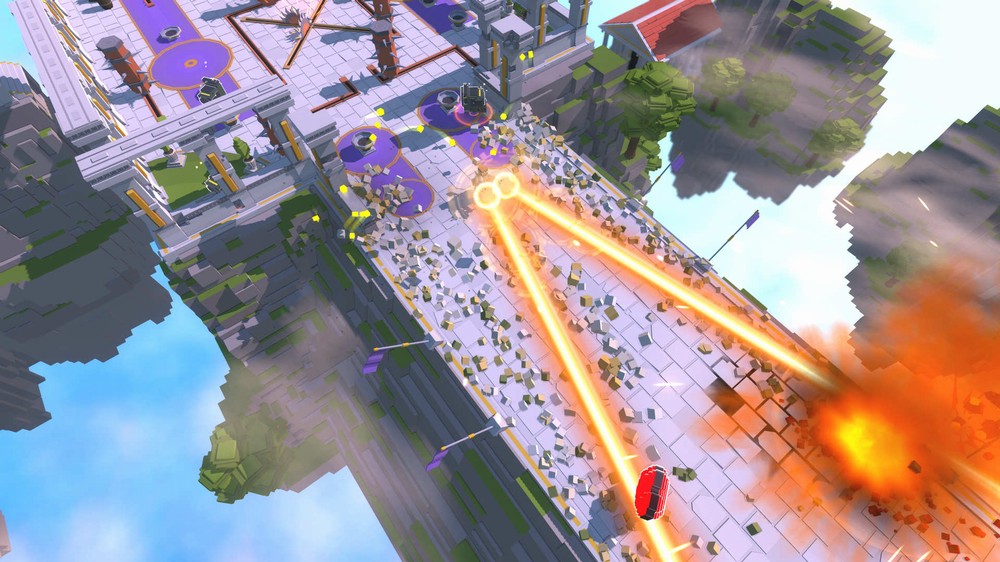 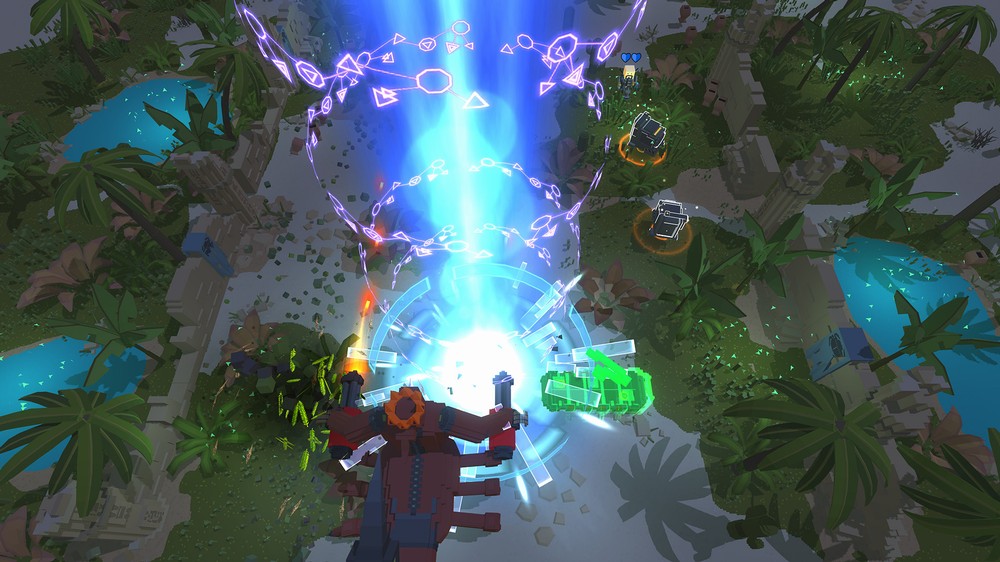