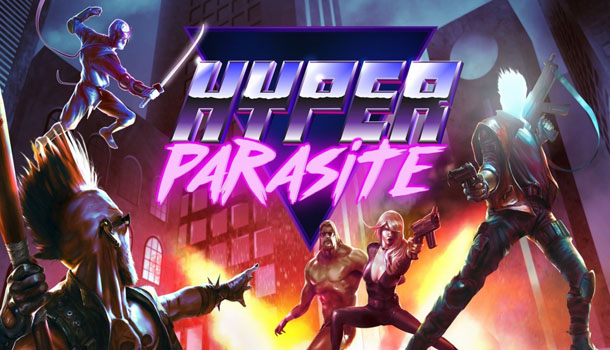 A great twist on both the rogue-lite and twin-stick genres with some intense and varied gameplay.

HyperParasite is a crazy twin-stick shooter with rogue-lite elements and a twisted premise offering up endless entertainment as no two games will unfold the same way twice. You’ll play as an alien parasite, not unlike Venom that will slime their way around the procedurally generated game levels in search of human hosts to inhabit. Make your way from host to host as you seek out more important people that will grant you greater access to humanity by using their status as well as a varied set of stats and abilities. If you’re lucky you can make it all the way to the President and nuke this miserable planet.

This has to be one of the craziest and most addictive games I’ve played this year. Everything from the sneaking around to the intense combat to the randomly generated 80’s aesthetic level design hooked me from start to finish. There is a nice tutorial that introduces the concepts of possession, combat, exploration, and even a bit of upgrade shopping. There are more than 60 different characters waiting to be inhabited, and once in control you gain access to all their abilities that you can use to defend yourself and keep moving up to the boss. Harvest their brain and take it to the nearest shopkeeper to unlock that character for future replays. Yes, this is a rogue-lite, so you will die often and end up replaying major sections of the game, but locking down upgrades as well as newly generated level designs will keep things fresh and exciting. 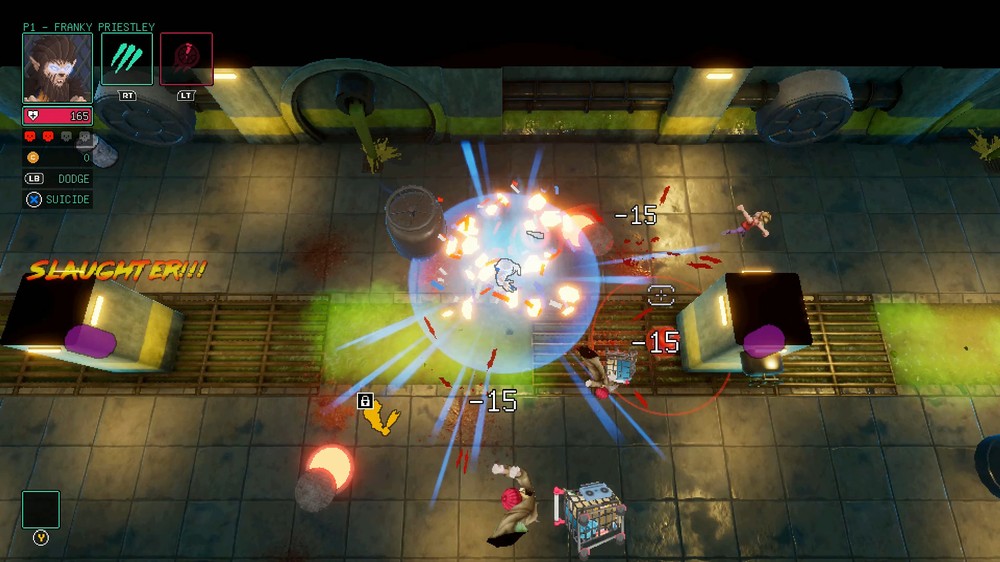 The game has a repetitious loop of combat and clean-up, but your varied hosts and the way you attack keeps things interesting as you try to avoid getting rammed by homeless people’s shopping carts or shot at while blasting away with your own guns. Take enough damage and you are forced to exit your host body at which point only one shot can kill you and end the game, so you need to find a new host fast. These combat encounters get increasingly intense, as you are often outnumbered and outgunned, forcing you to make tactical use of your environment. The controls are nice and responsive, as they need be when you are dodging and strafing, shooting and possessing with explosions and other insanity taking place all around you.

Van Reeves and Joe Kataldo provide some sick beats that fuel the intense twin-stick shooter combat as well as the stealthier and explorative parts of the game. The game is gorgeous, both in design and presentation with fantastic levels loaded with detail and all sorts of blazing special effects, colored lighting, shadows, and gruesome animation. The menus and UI navigation are intuitive and nicely laid out. 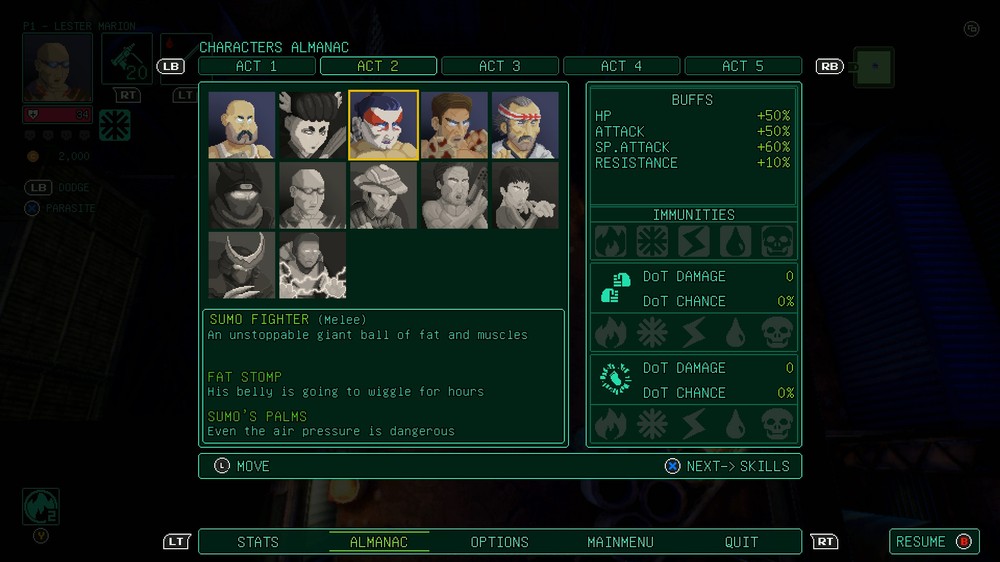 With five chapters of random level design, HyperParasite never gets old or repetitive. And if you want to mix it up a bit try adding a second parasite to the mix with the awesome local co-op mode or play online using Steam’s new Remote Play Together. Sadly, the game doesn’t change much when playing co-op. It’s just two of you doing the same thing with a slight advantage in combat.

For only $18 this game delivers some awesome action with unlimited potential – add $5 if you want that fantastic soundtrack. HyperParasite puts a great twist on both the rogue-lite and twin-stick genres with some intense gameplay that constantly changes with each new possession along with some authentic 80’s design elements and pop-culture references. If you are a fan of any or all of these things then you need to be playing HyperParasite now. 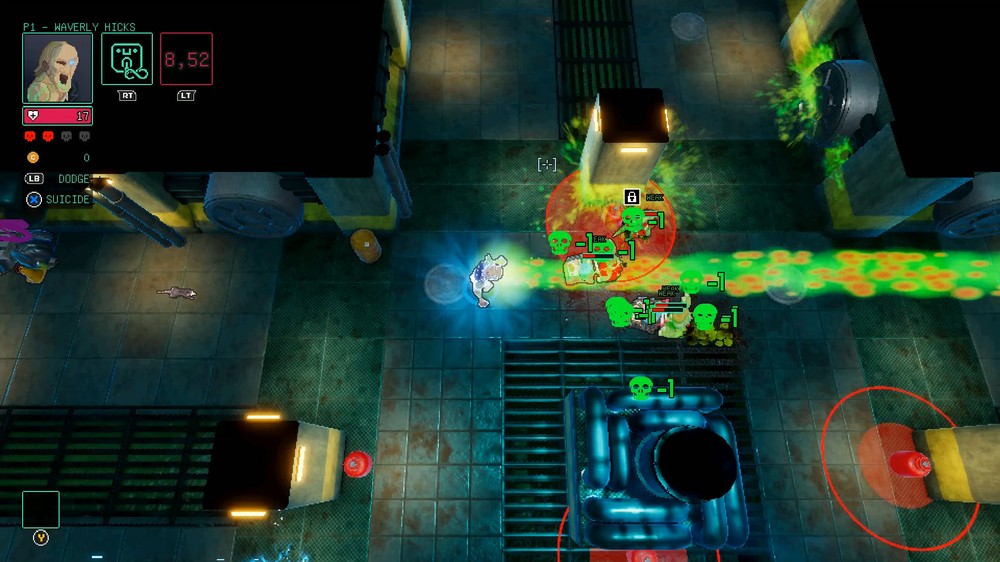 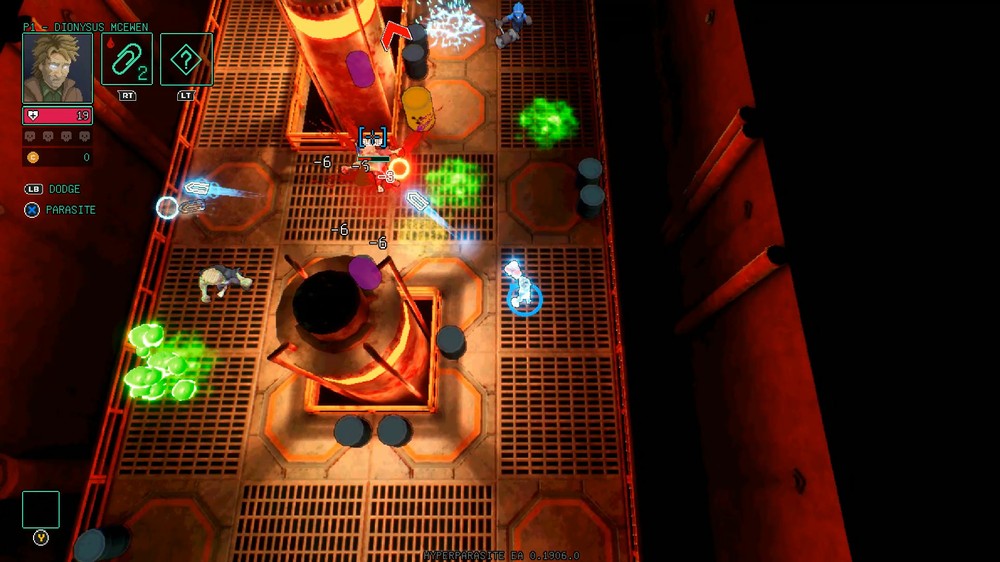 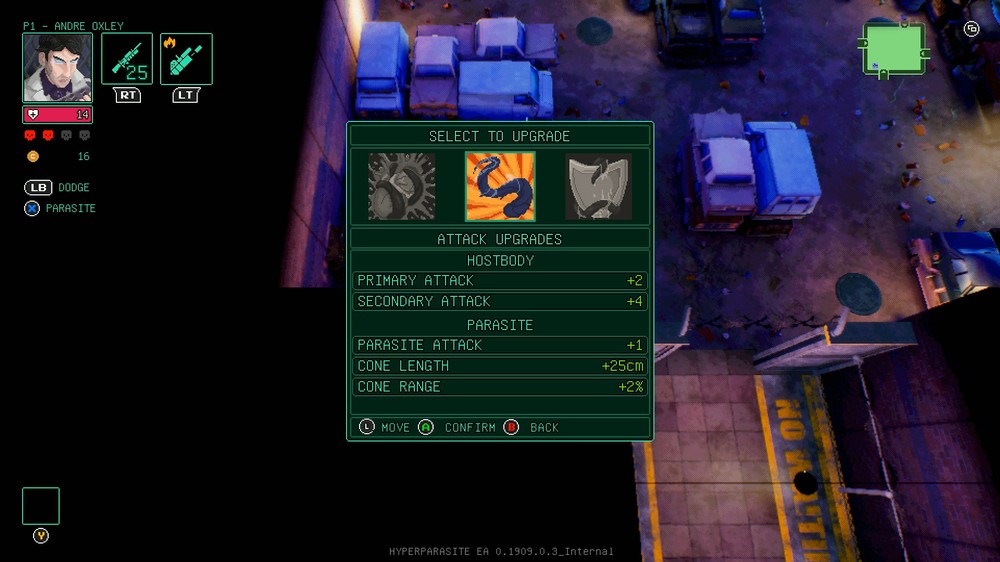 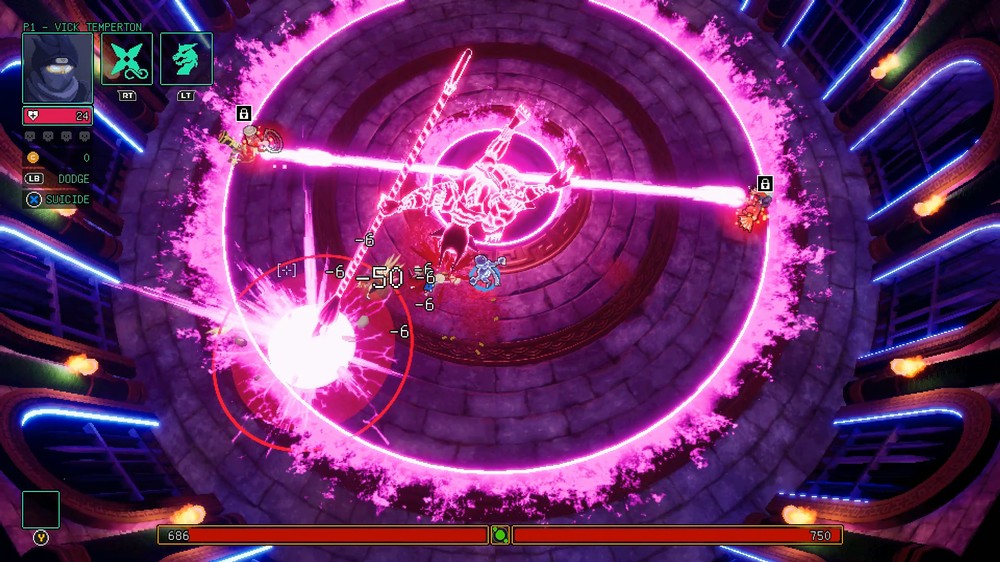 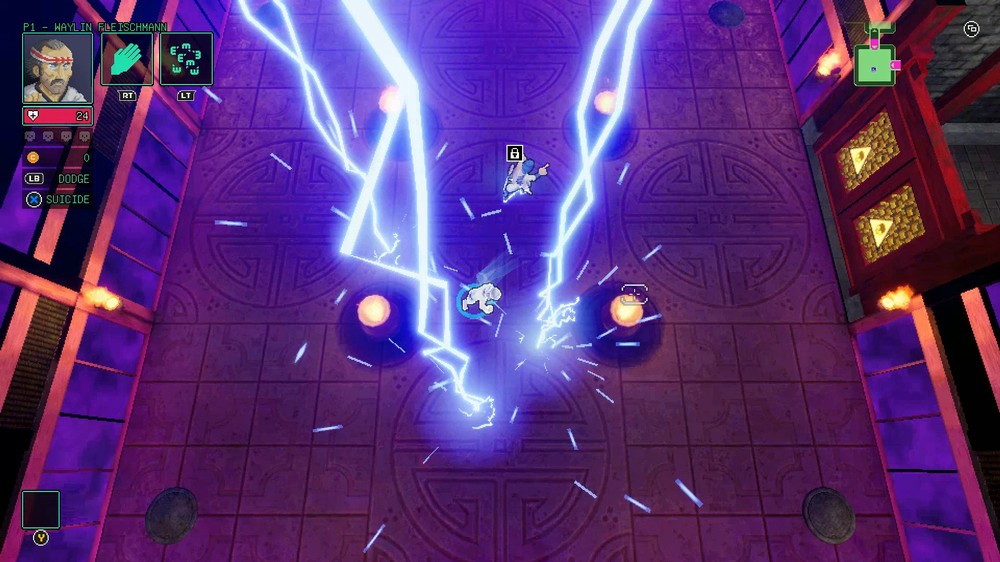