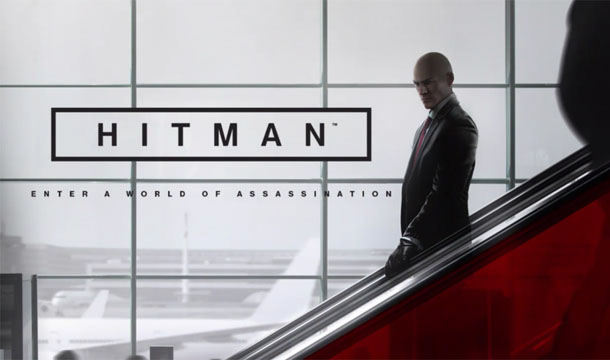 - Limited release content (Elusive Targets) made playing the game feel more like a chore than a pleasure.

Massive maps with countless ways to play through them, over and over again makes for the perfect Hitman game.

I have always enjoyed the Hitman series. There is something that just resonates with me about the concept. There have been some installments of the game that “got it” better than others. I really enjoyed Blood Money, for example. Absolution, however, was a game that just didn’t sit right with me. I felt like Io-Interactive really strayed from the tried and true formula that really worked with previous titles and placed Agent 47 into a much more linear and restricted setting. What was beautiful about the other games was that they created killing playgrounds for you to take 47 through time and time again, trying to figure out different, more creative ways of taking out your targets.

The most recent installment of Hitman really came back to its roots with this concept. But, it didn’t just go back to what worked. It took what worked and expanded on it. When the game was first released, it only released with two introductory training maps and one large map set in Paris, with the intention of releasing the additional maps episodically throughout the year. This decision was met with mixed responses from the gaming community. Most of the dissenters, I think, just didn’t understand what Io was trying to do, which was to take as much time as they could to create massive, intricate environments for 47 to really sink his teeth into. 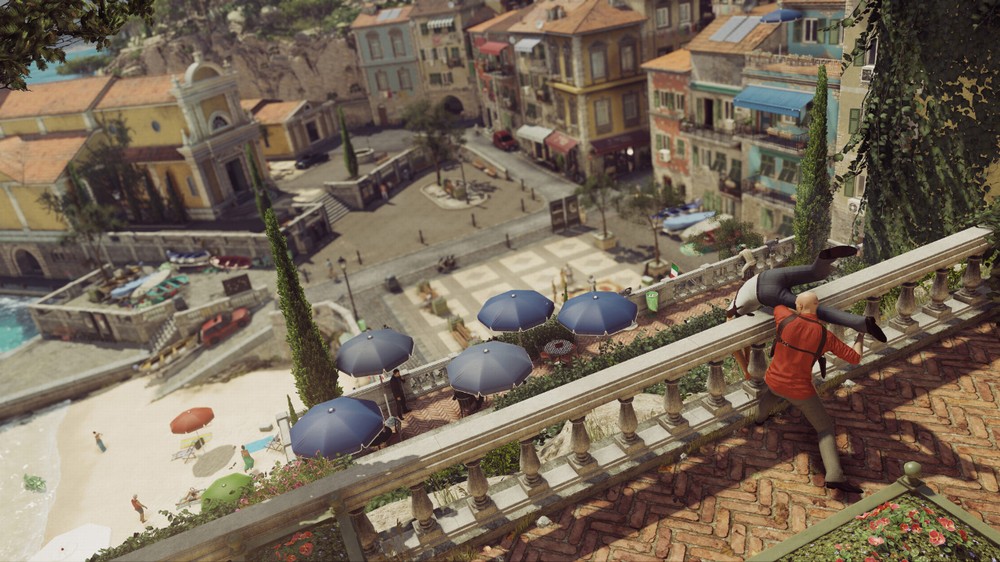 And this is exactly what they accomplished. Throughout the year, I have been nothing short of astonished and impressed by each new episode. It was, in my opinion, the perfect way to release the game. As they went, they improved different aspects of the gameplay, as well, fine tuning the killer experience and making it more enjoyable and more expansive every step of the way.

Some people thought that when they “only” got one map, that they would play it for a little while and be done, having to wait at least a month for their next “level” to play through once and wait again. But, what some people didn’t quite understand was the sheer vastness of these levels and the amount of detail and intricacy that went into each one. Meticulously designed, each map is almost a whole new experience unto itself. Packed with a varied cast of characters, each with their own agendas and motivations, sometimes relevant, and sometimes not. Play through the main story mission a few times to try and get as many different accomplishments unlocked as possible, and then you can tackle any number of contracts that were either officially designed by the developers, or created by fellow players. You can even create your own contracts and decide who needs to take a bullet, or eat some poisoned food, or however you see fit to end that particular character’s life. There are also special sets of missions called Escalations that are similar each time, but increase in complexity and difficulty each time. 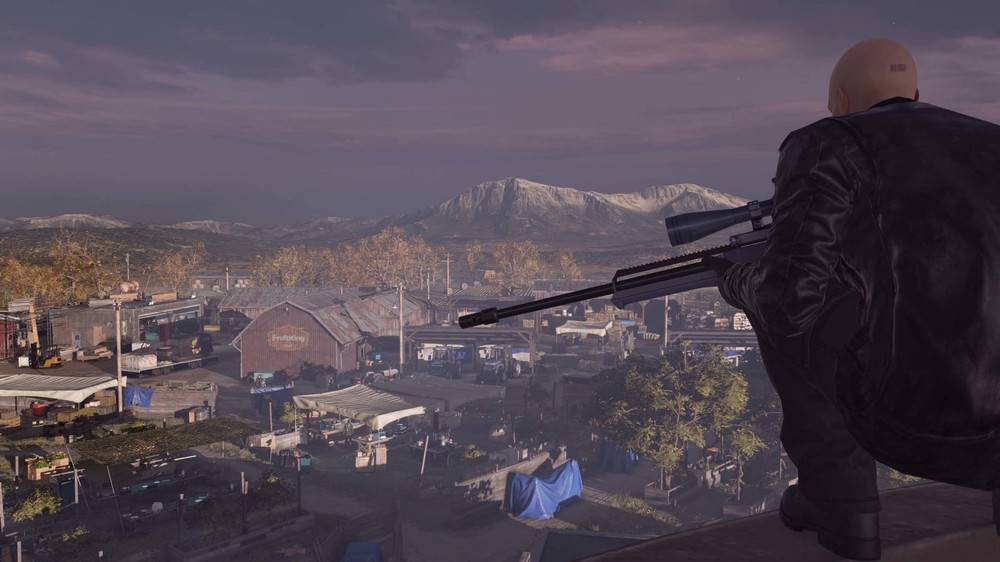 Then, on top of all of that there were the Elusive Targets. These are limited time, single-attempt missions. Basically an attempt at taking Hitman to the next level and make it seem like “the real thing”. At first, I thought this was the coolest thing in the whole world. I took it very seriously. I have rarely had a gaming experience that made me as anxious and excited as this. I really got into them. The hardest part was making sure you set aside time to try to tackle the challenge before it expired. But then, I found that something strange happened. For me, I stopped enjoying them. I think because of my nature as a perfectionist, I appreciate “regular” Hitman because it allows me to do the levels over and over again, perfecting the kills, getting it just right, or giving me the freedom to try something creative, see that it didn’t pan out, and then try it again.

The Elusive Targets takes this out of the equation and forces you into one single path. Yes, it was much more “realistic” that way, but also, for me at least, much less satisfying. There were incentivized rewards for completing different amounts of these contracts, but I just couldn’t bring myself to keep trying them. It was just too much pressure and I found myself not enjoying the experience nearly as much as I do when I play the regular portion of the game. So, in concept, it was an amazing idea, but in execution, at least for me, I ended up disliking that portion of the game. 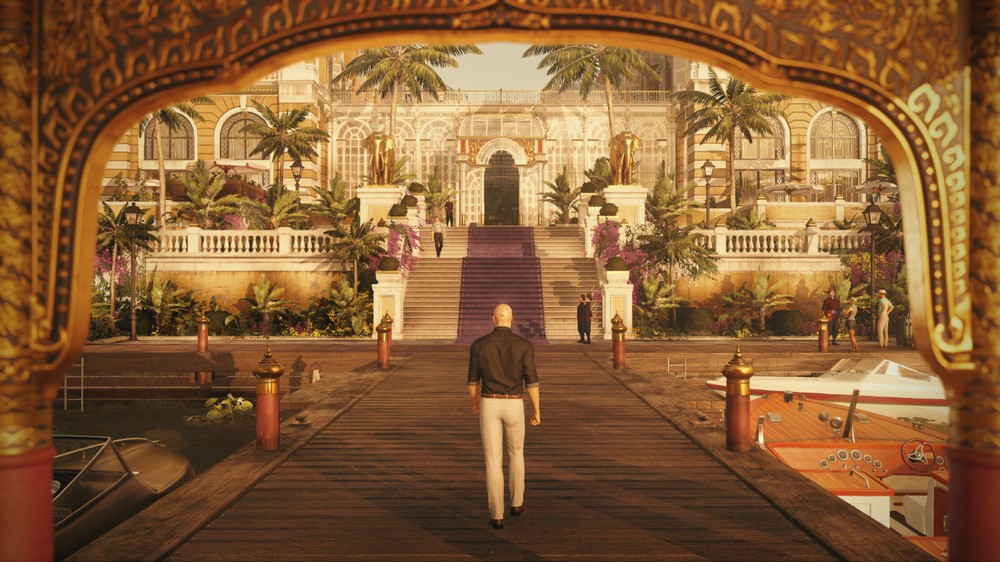 The thing that really amazes me is that these Elusive Targets were highly detailed, completely voice-acted parts that many people will never get to appreciate, unless Io goes back on their initial claim that once the elusive targets expired, they would never be seen again. I honestly think that would be a sad choice given the amount of work and effort that went into crafting these missions to not use them again, especially to allow people who didn’t own the game when they were released access to try them out as well, perhaps without the special rewards for completion that they initially carried. These rewards were skins for Agent 47, different outfits that you could select in the planning stage of the game; ultimately, only an aesthetic addition to the game.

While I ended up disliking the Elusive Targets for their one-off and time-sensitive limitations, I don’t feel that they detracted from the quality of the game in any way. In fact, it was more that there was so much content and not enough time to appreciate all of it. Io really pulled out all the stops when they set about developing this game. They maximized the use of their time and pacing of the release schedule of the various maps.

So, as I said, the game gives you the freedom to kill your targets any way you see fit. You can choose to try and go completely stealth and sneak in, kill your target (or targets) without anyone noticing and escape, or you can go on a killing rampage, taking out anyone who gets in your way. You can try and find a hiding spot somewhere and patiently wait for your targets to walk into the crosshairs of your sniper rifle. You can watch their movements and poison their food or lay a trap that you know they’ll walk into. You can knock out specific people and use their clothing as a disguise to allow you access into areas that you would otherwise not be allowed into, as well, which is a staple of the franchise. But where previous games only kind of got this mechanic right and other times left you feeling frustrated that a certain disguise didn’t work the way you thought it should have, I feel like this game really nailed that mechanic perfectly. 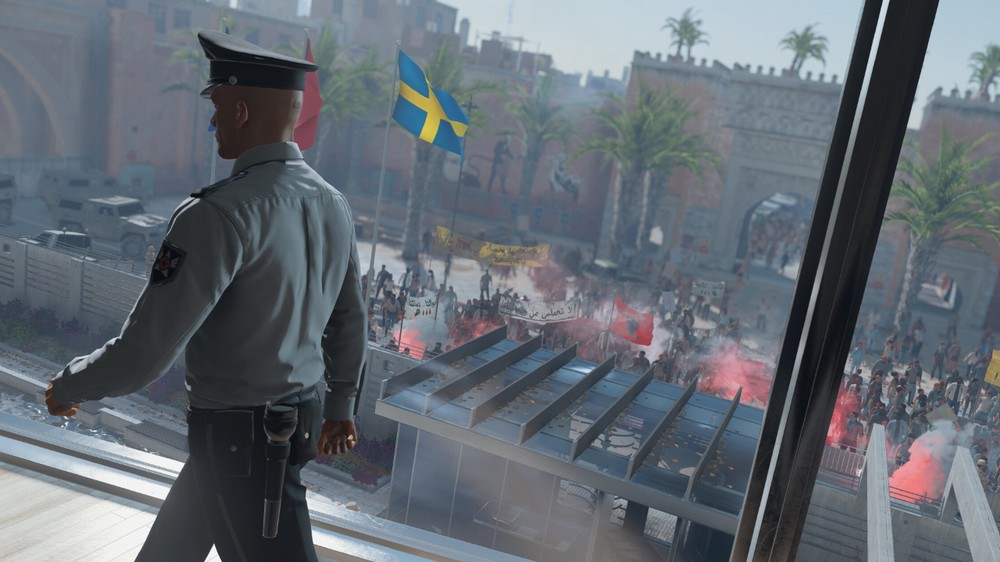 When you put on a disguise you will see on your display which people it will fool and which people will be able to recognize that you aren’t the person you’re dressed as. This becomes very intuitive and seamless, making taking other people’s uniforms and clothing a very fun and interesting part of the problem solving process of the levels. The possibilities are really only limited by your own creativity. It really feels like they thought of everything ahead of time and give you all the tools you need to complete the game in any way you can come up with.

I am so glad that Io decided to release this game episodically and took the time to get everything right as they got feedback from players. If any game was ever perfectly formatted for an episodic release, I think this was it. And, having already confirmed that a second season is in store for us, I can’t wait to see what comes next. This is a fantastic game and one that you can easily play over and over again for hours on end. 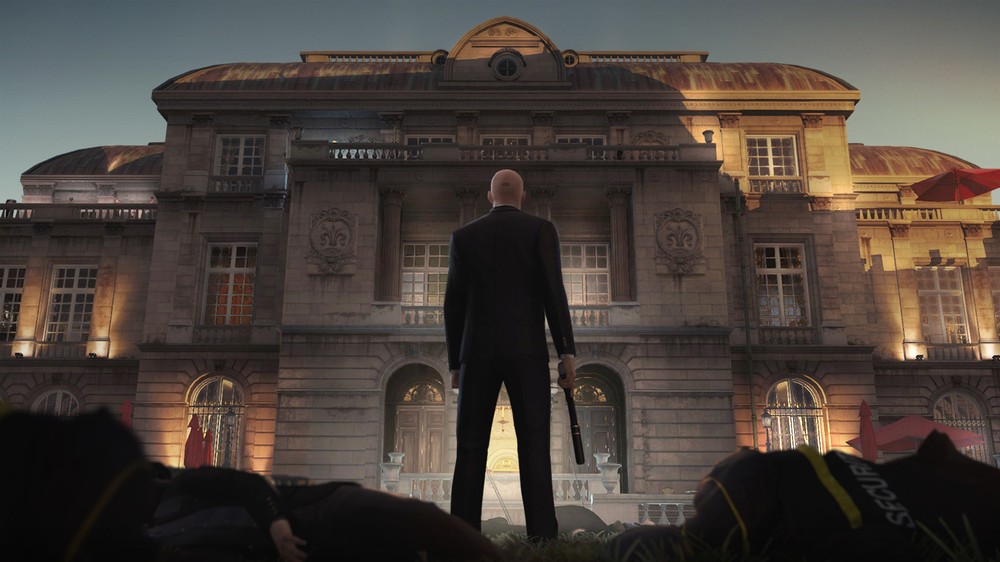 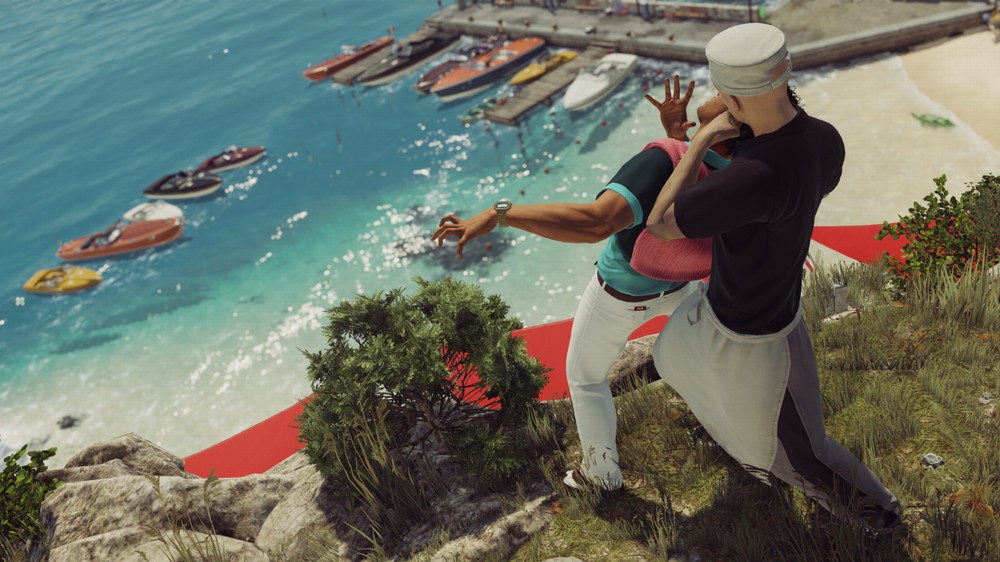 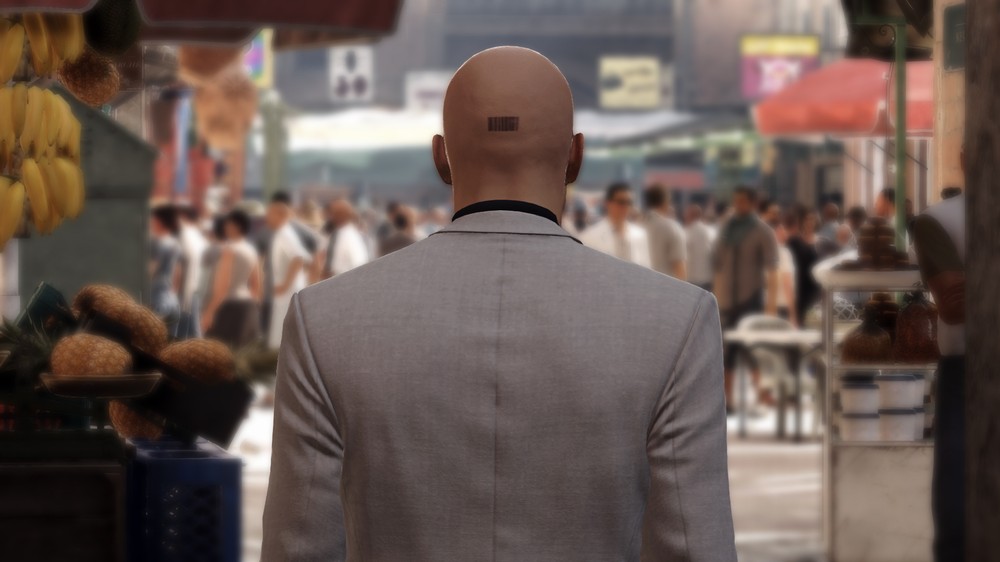 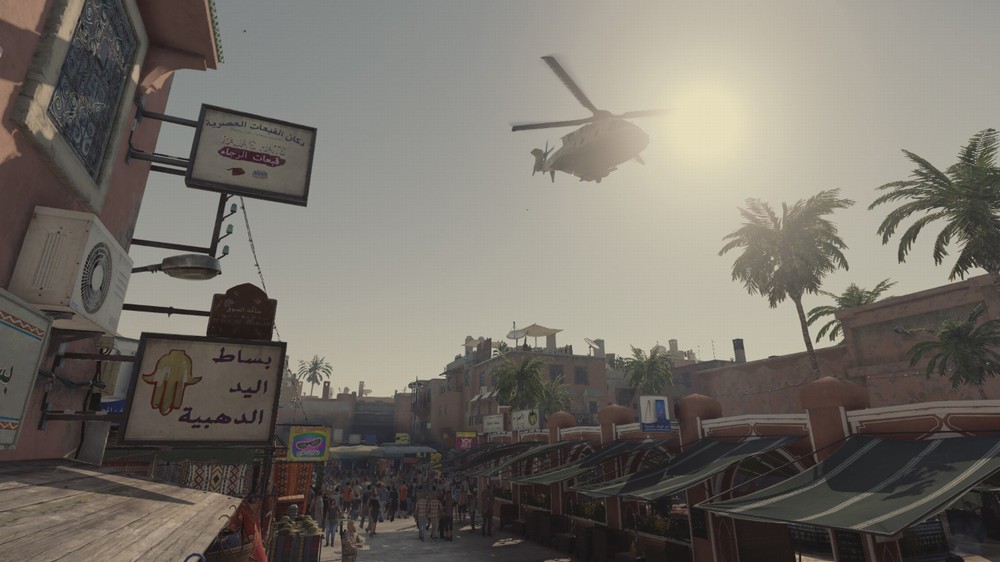 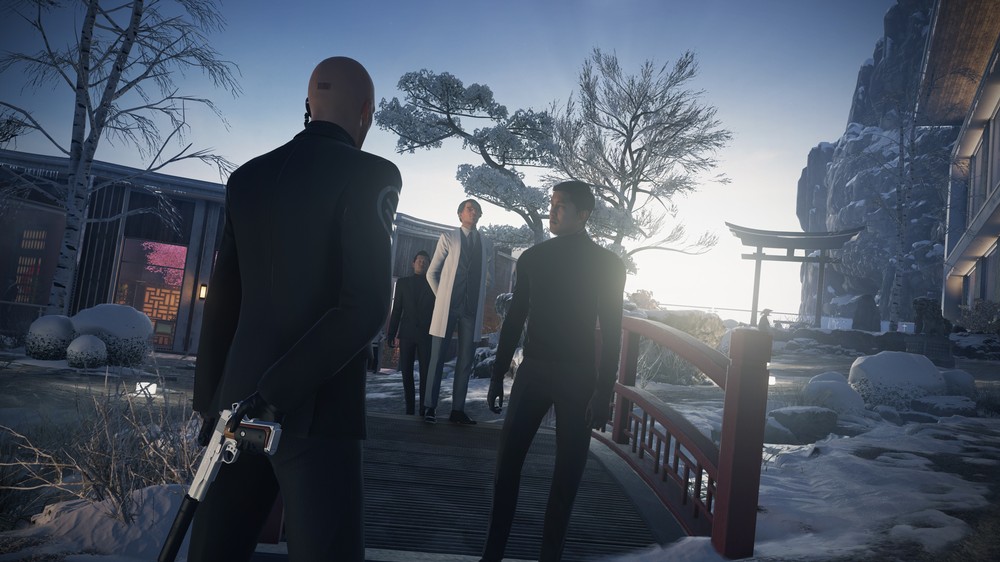 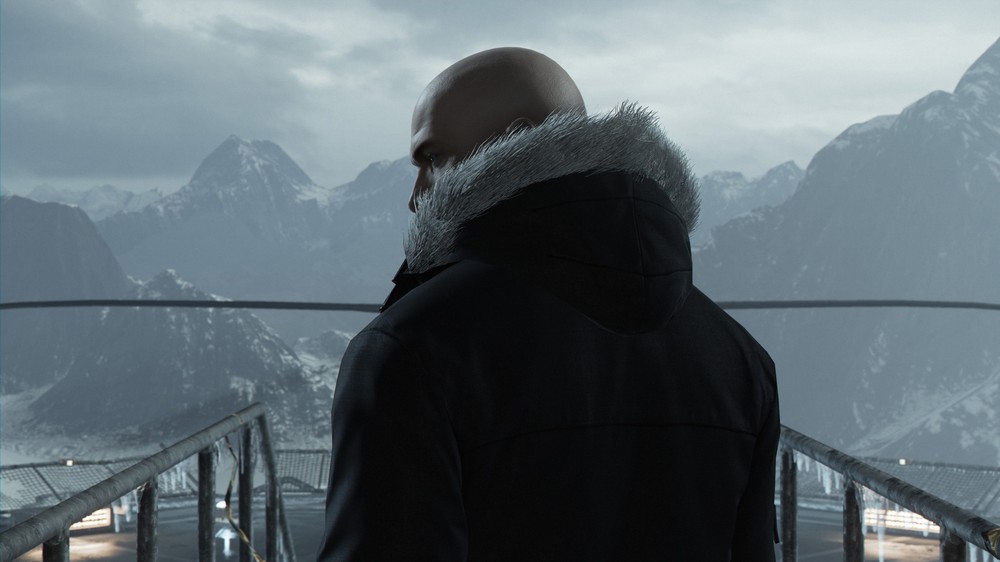