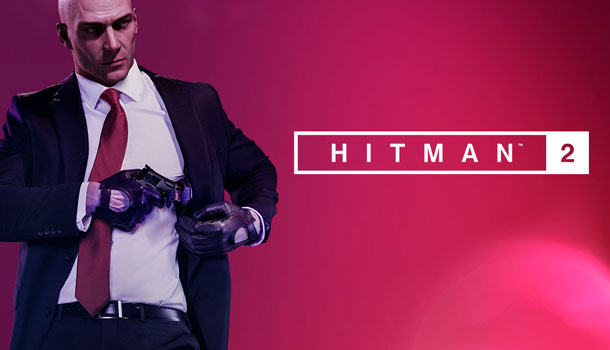 + IO took something great and polished it to a near-perfect shine.

- More grind required to unlock complete mastery of each level.

Great experience that sets the bar for all other games in the stealth genre.

The HITMAN franchise has existed since November of 2000 and has gone through many evolutions and iterations of the idea of living as an elite assassin. Some have been better than others.

In 2016, the franchise found new vigor in HITMAN. Subtitled “World of Assassination”, the game doubled down on the openness and freedom from its predecessors and created vast, detail rich environments for Agent 47 to explore and discover interesting, creative ways of finalizing his contracts. While, to me, the episodic release nature of this installment of the franchise allowed for players to really delve into each new level and explore its nooks and crannies, many fans of the series were frustrated by this model and begged for a more traditional all-at-once style of release. 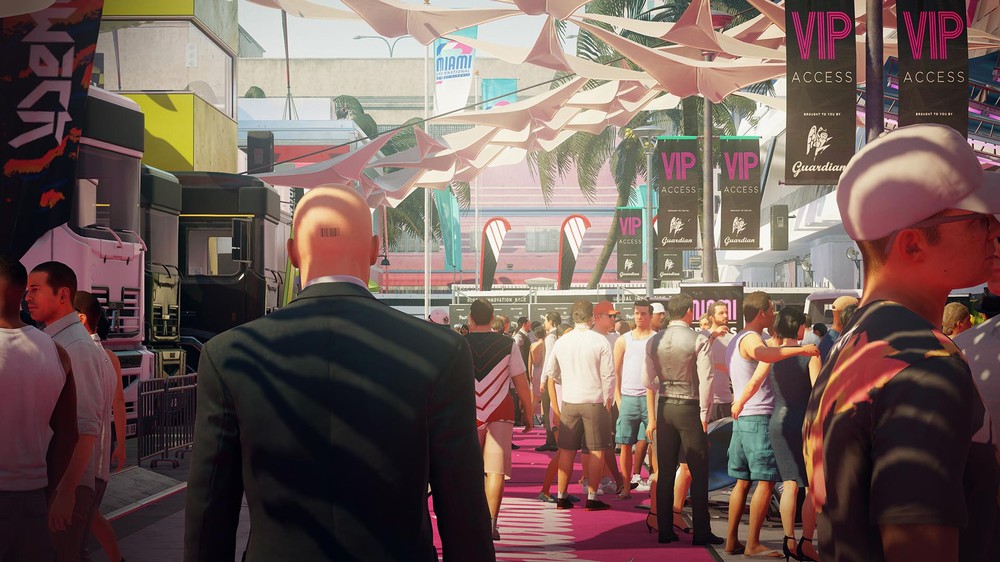 Well, with HITMAN 2, the fans have been given what they wanted…and more. It seems that IO Interactive’s approach to this game was to listen to their fans as much as they could. So many of the things that were requested have found their way back into this newest installment of the game, not least of which is the fact that an entire campaign of levels was released all at once. Even better, if you purchase the “Legacy Pack” upgrade you can also go back and replay the first campaign, whose levels have all been remastered and brought up to speed with all of the new gameplay mechanics and graphical improvements that come with the second game’s updated engine.

After completing the introductory level for the new campaign, the first thing I did was to go back and revisit a few of my very favorite levels from the initial game, and I was very pleased to see just how much they had been refined and improved over their initial versions. The only thing that was initially frustrating to me was that none of the unlocks or mastery levels attained from HITMAN carried over to the legacy pack levels. Though it wasn’t ideal, I actually think this was the right choice by IO Interactive because it forces you to engage with the new gameplay mechanics on each level. Also, earning weapon unlocks in either campaign under the new title allows you access to that weapon in the rest of the game, so it makes sense to have to unlock those things again rather than just have immediate access to all the best equipment right away. Don’t want to make things too easy for Agent 47, after all. 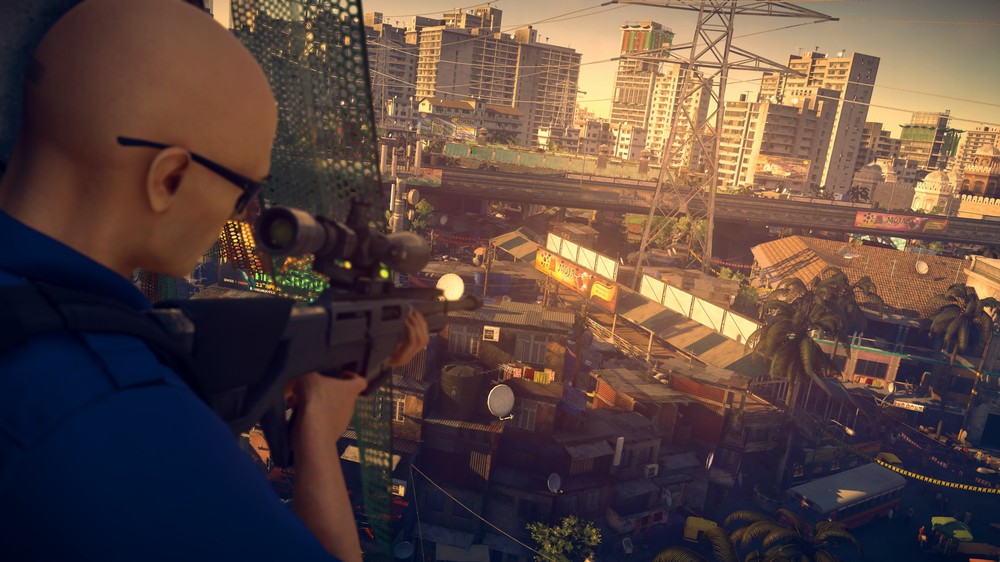 Everything, it seems, has been gone over with a fine toothed comb and improved to a certain degree. Even the voice actors on the new levels have accents appropriate to the locations, which was a small detail that always caused a break in immersion for me when everyone in all of the various international locations had the same accent, often spoken by the same voice actor.

The lighting and shadows are richer and deeper. The character models are more realistic looking and natural. Mirrors and other reflective surfaces actually work, showing you a real reflection that allows you to use them to your advantage (or get caught because you don’t pay attention to them).

On top of all the cosmetic improvements there have been several gameplay improvements made to the game as well. Now there is a picture-in-picture camera that will pop up contextually when things out of your perspective are happening that you need to be aware of. When a guard is alerted to a sound or something else out of the ordinary, it will show you a view of them walking toward the thing they are going to investigate. There are also pop-ups for story-important events that are happening somewhere on the level. It will also show you from a camera’s perspective if you happen to walk into one of their lines of sight. 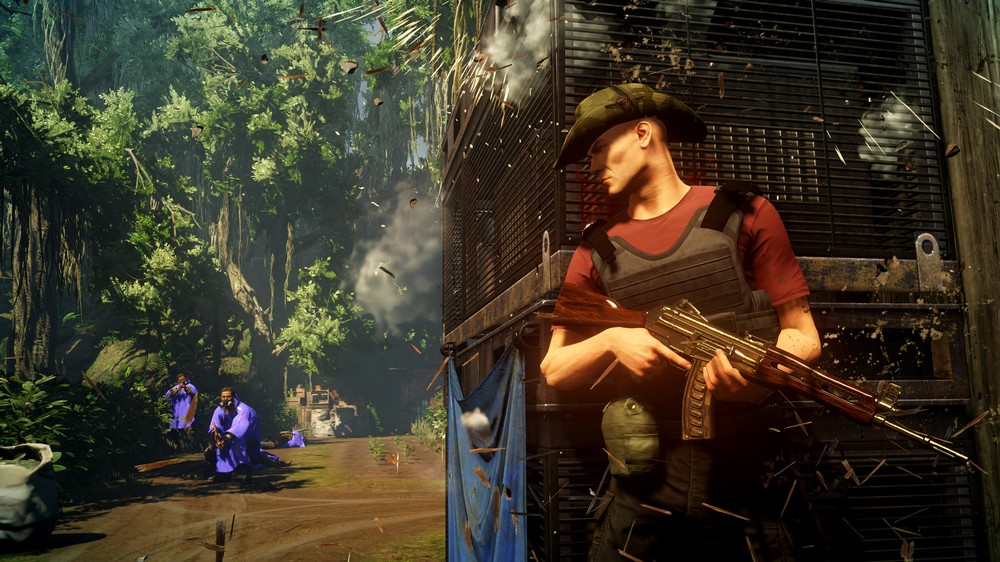 Stealth is one of Agent 47’s prime weapons, but sometimes being stealthy wasn’t as intuitive as it seemed like it should have been. Well, with the HITMAN 2 new options have been added to your stealth arsenal including the ability to hide in tall vegetation, as well as the ability to blend into a crowd of people. When you do this a glowing silhouette will form around 47, showing that you are essentially invisible to prying eyes.

Playing some of the old missions first was a good idea because it eased me into the new game. Where I thought that the improvements over the first game were noticeable in the remastered missions, they become glaringly, almost overwhelmingly obvious in the new campaign.  The levels in the first game felt alive at first, but often that illusion disappeared after you played through them a few times as you began to see the looping patterns that each character would follow. These relatively short behavior loops could be interrupted by certain events that would trigger new behaviors. Still, these new behaviors would usually be a brief detour from the standard pattern that they would then return to, as long as they were able to. 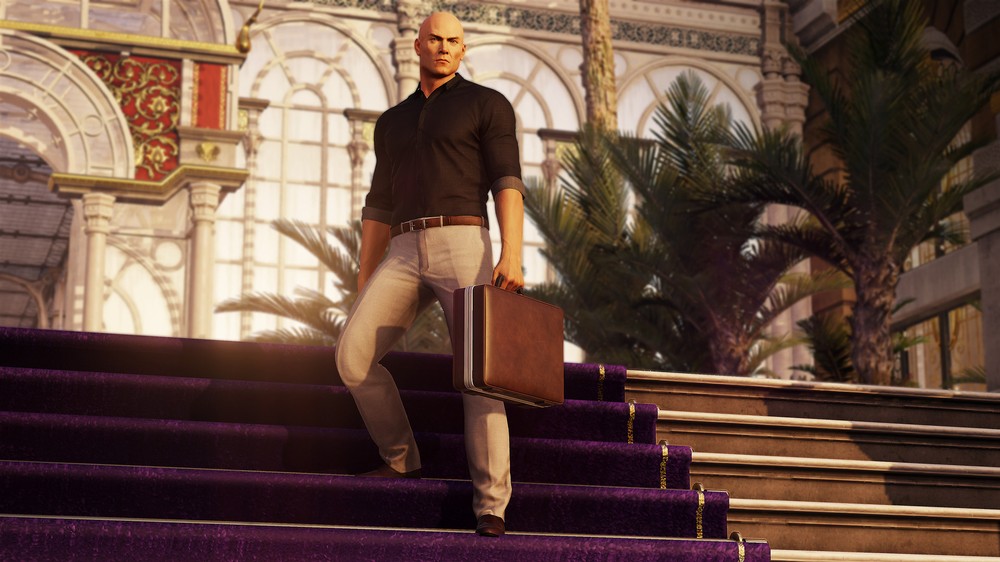 In HITMAN 2, the behaviors of the characters in the game seem to be much more realistic. They go through their life, which evolves dynamically as the story of the level reveals itself. And there is so much…really…so much going on during each level. It seems like every secondary character has their own agenda; things that they will work on and progress through as time passes. They will have conversations that will key you in on potential avenues of entry or attack. They will reveal feelings about other characters that may or may not become relevant.  The attention to detail and the absolutely stunning amount of different ways open to Agent 47 to go through the act of killing the targets assigned to him really makes the subtitle of the game feel like truth. You really are taking part in a World of Assassination.

And that world got even bigger and more interactive with HITMAN 2 due to the introduction of two new game modes. The always fun mission of Sniper Assassin was given a 2-player co-op version, where one of the players takes on the role of the sniper and the second is the more up-close and personal part of the mission. You can work together with you fellow assassin to take out as many targets as possible in whatever creative ways your two minds can come up with. 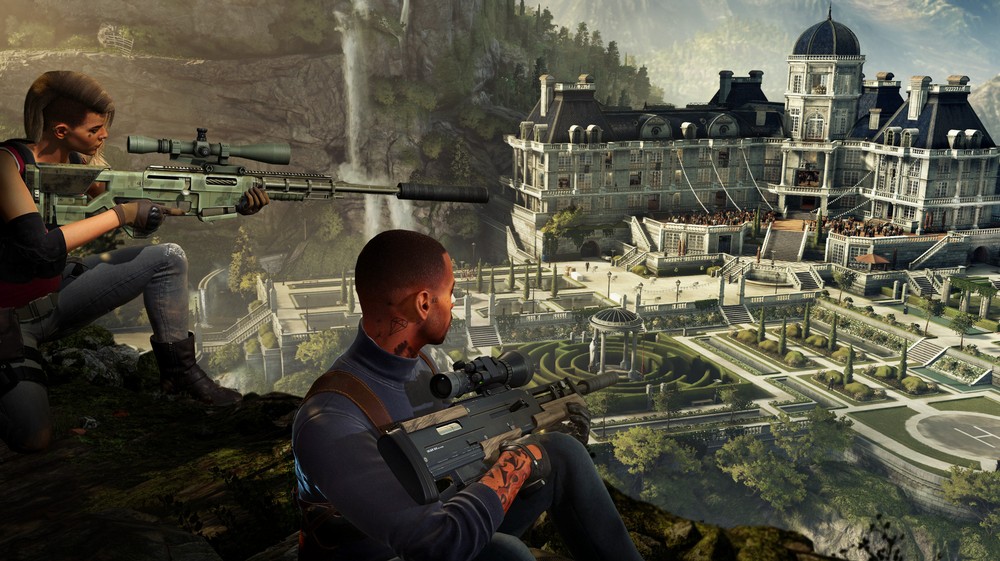 Also, a new Beta mode called Ghost Mode has been added, which allows you and another player to start one of the main missions together and try to outdo each other by completing the mission first and scoring higher than your opponent, who shows up as a ghost Agent 47. I really love the idea of adding a more competitive element to the game, which was always kind of hinted at with the scoring leaderboards, but has now been given a more direct feel. Agent 47 is such an iconic part of this game that giving it a multiplayer component always seemed nearly impossible, but it seems that IO Interactive figured out a way, and I look forward to seeing what they evolve this idea into in the future, as they have indicated that this is just the first step into a new world of multiplayer game modes.

As I said before, I have always loved the HITMAN franchise and where I felt like they had created a fine product with the last game, I really think they knocked it out of the park with this installment to the series.  And best of all, if this is your first time with the HITMAN franchise, HITMAN 2 offers you the chance to experience all the content from season one, freshly updated with the Legacy upgrade making this the most complete and extensive assassination simulation you can experience. 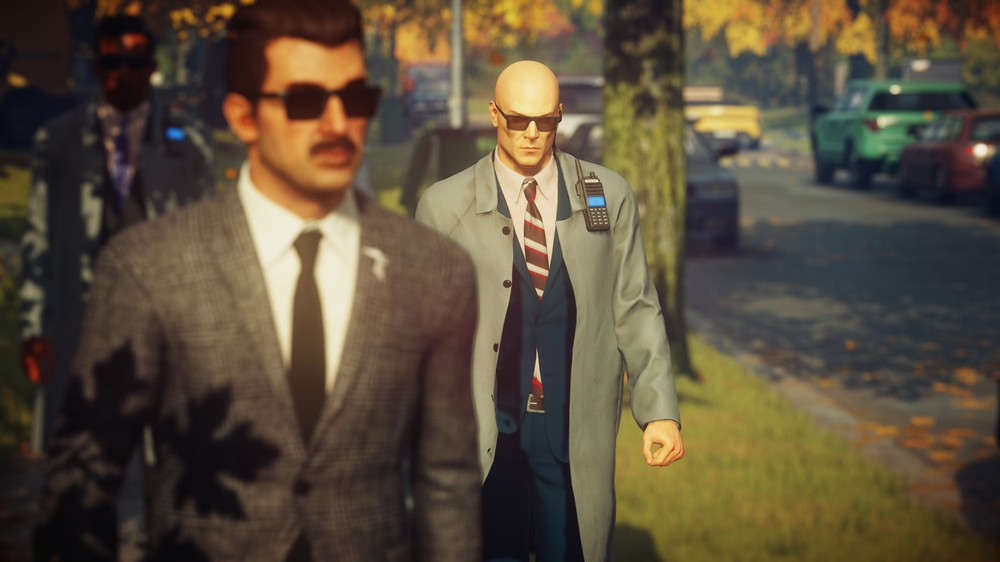 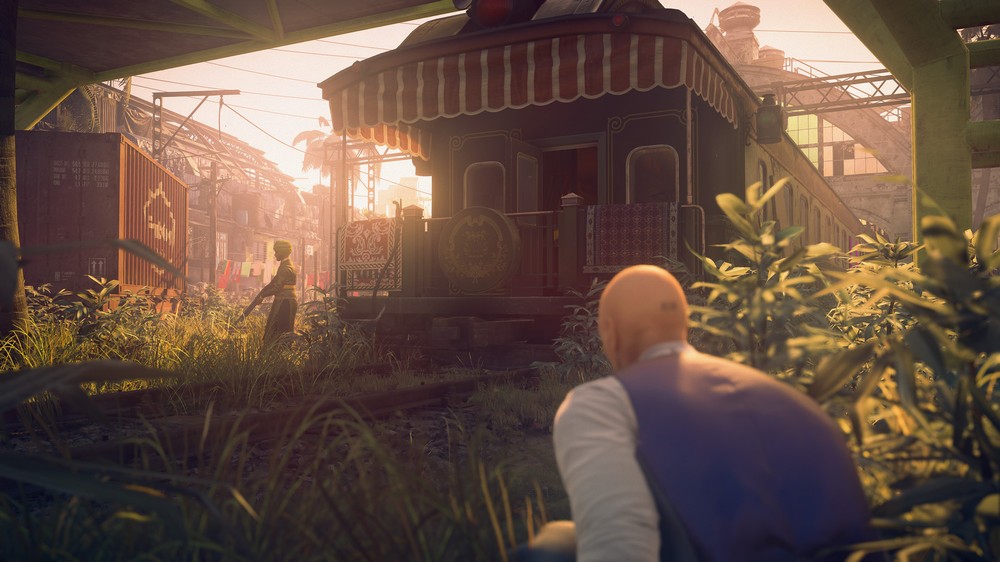 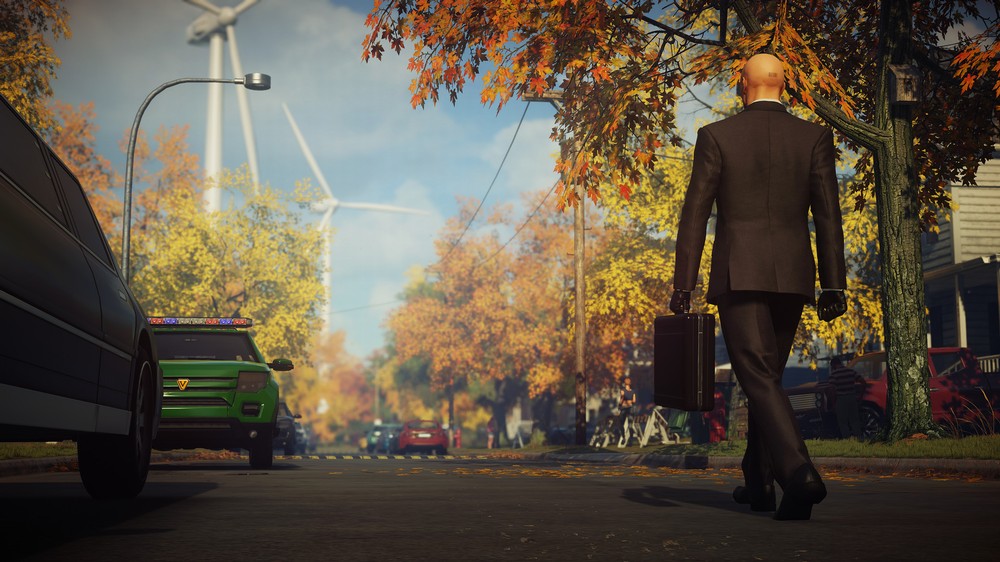