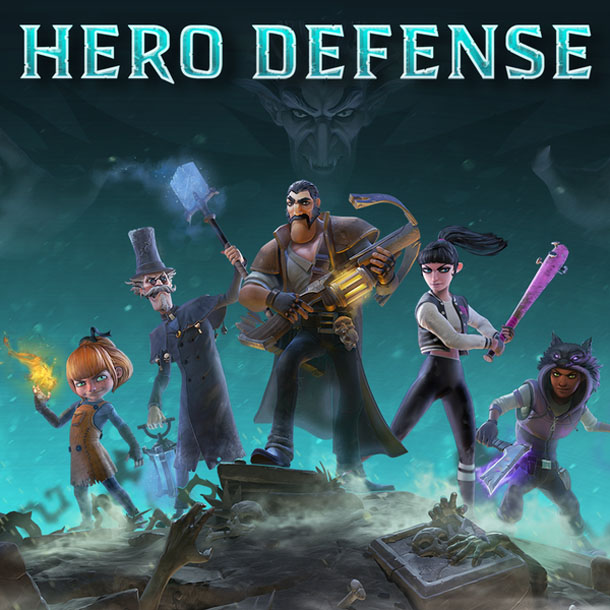 - Hordes of Monsters
- Gems are Scarce

Amazing tower defense game! Was hooked for hours and couldn’t peel myself away.

In order to destroy the world’s most powerful vampire, your team of slayers must impale, slash, tear and burn through legions of undead hell-bent on world domination in Hero Defense; now available for the Xbox One. Take charge of five unique heroes that battle their way through various arenas to defeat Count Necrosis in a perfect blend of RTS, RPG and Tower Defense games to strategically maneuver their upgradeable heroes to destroy hordes of sinister creeps.

Each character will have a select category at which they are best useful. Jack is a vampire slayer and has a cross bow that shoots armor piercing bolts that can be shot at a rate of two or more bolts at enemies killing them quicker. Barrows has Holy power which would contain Purify. Purify cleanses the evil from skeletons for which Barrows is a grave digger, so he uses his knowledge to his advantage like every other character.  Sam Hain does area damage, especially to zombies. Fire is her expertise and is a very effective character when in a bind. By throwing Pumpkins that explode with fire, she keeps the undead at bay for Jack’s arrows only stick in them and Barrows Holy Water has little to no effect on them. 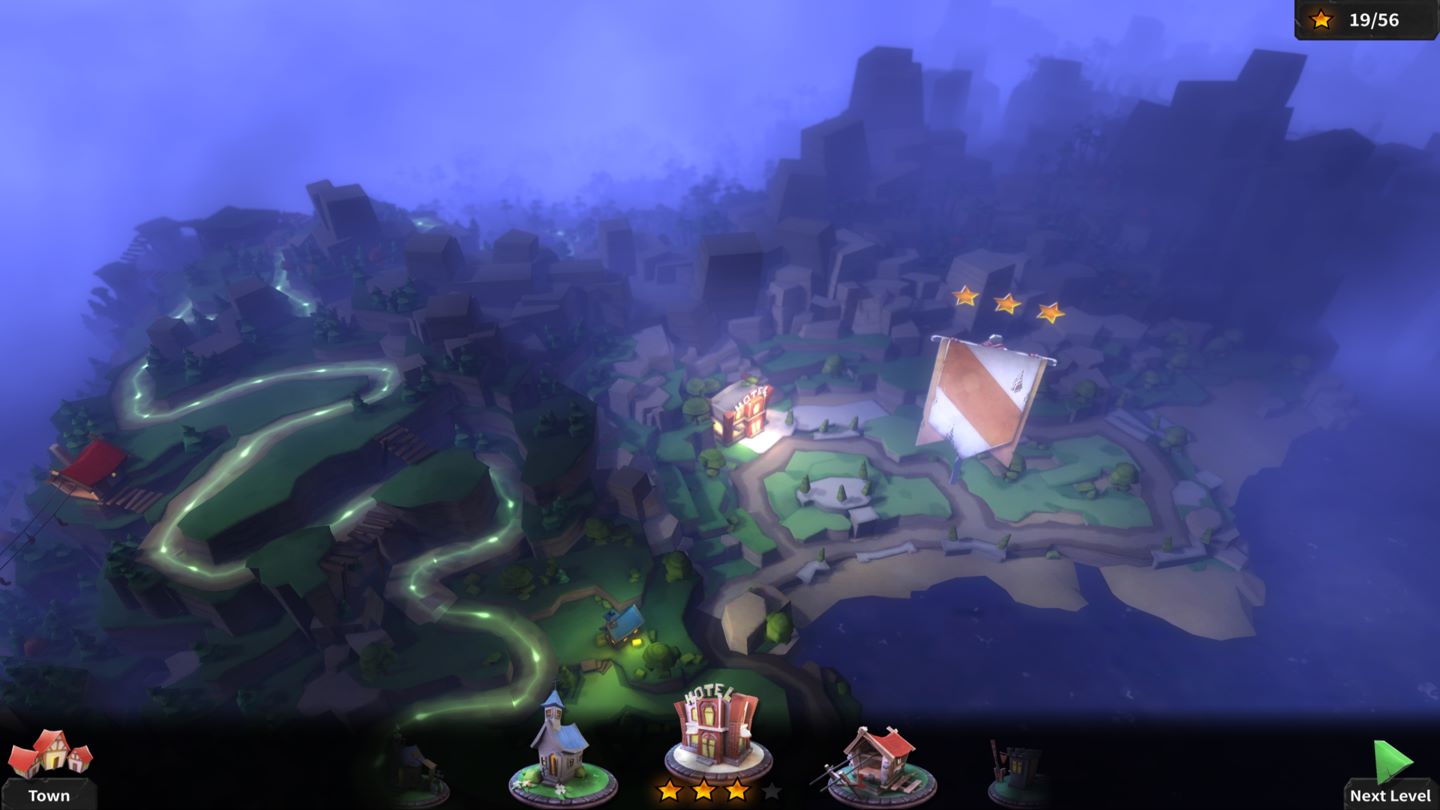 Jane Doe is an up close and personal hacker, slasher. She jumps off the terrain onto the path of the monsters and just goes in and starts swinging her sword. When she attacks she has the chance to knock the enemy backwards preventing them from progressing forward. This comes in handy when you have hordes of monsters. She is the best in my opinion. Wylde, a half blood, throws hatchets like boomerangs, which is great against defeating werewolves.

Gameplay is a mix of preparing your heroes then tactically positioning them to positions on the map which gives you more time to kill incoming enemies. The monsters will move in a direct line. You will see the line and then can determine where to place your character. You will find Shrines that can double the damage either for all characters or certain characters. Strategy is a big factor in this game. 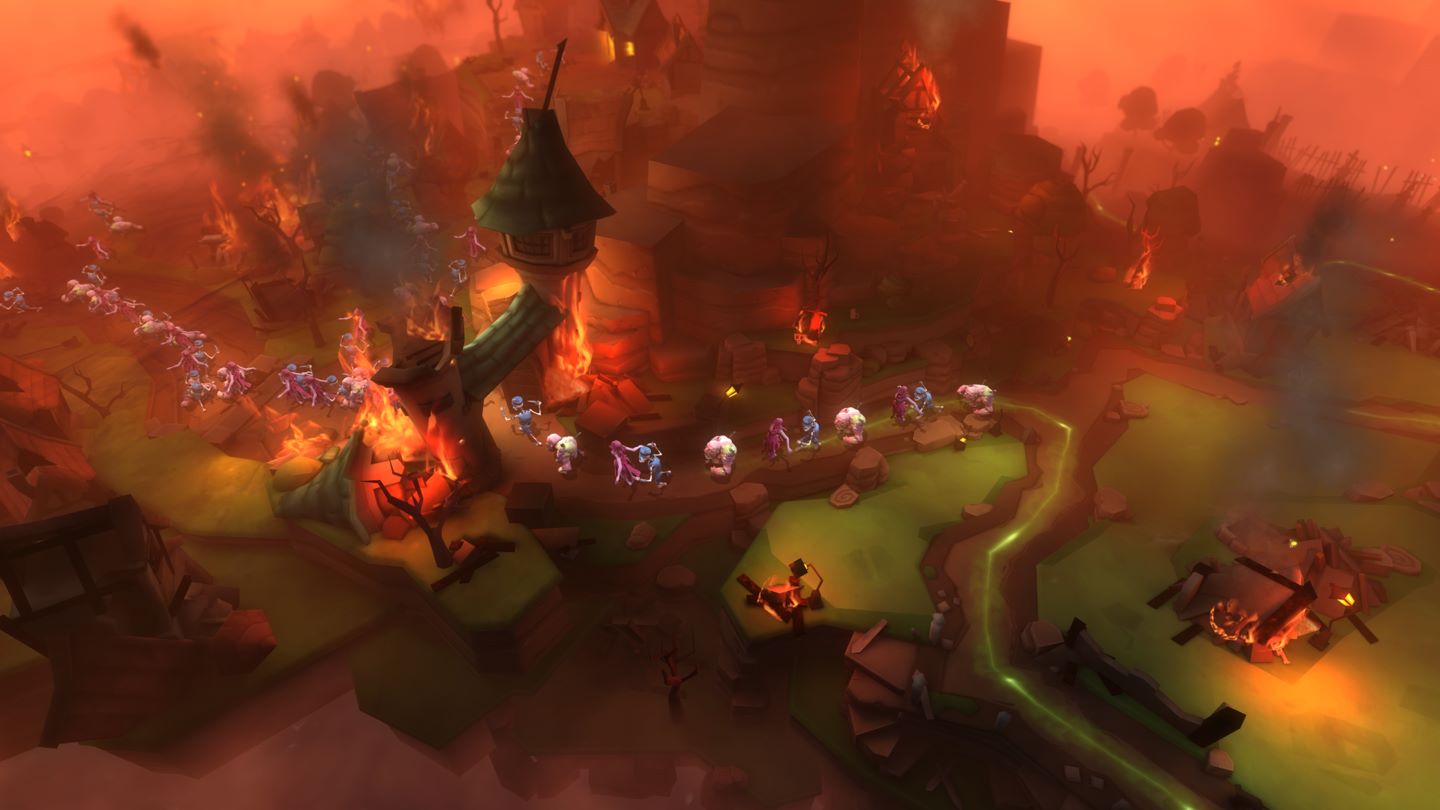 Special abilities like “Angry Mob” can take effect by killing enough enemies to power it up. By using the ability an Angry Mob will run down all enemies in the line of fire. Very useful and kills them instantly. You will have a set amount of damage you can take at the gate at the end of the enemy line before you die.   Barricades have 5 points damage they can withstand, so after five monsters have hit it the level of your defense goes down, and so do you. Keep all away from your defense barricade for your town and you’ll be safe. This is where strategy comes in. Placing heroes in the wrong place and wrong time will kill them off and they won’t make it.

Orbs will drop so you may charge your hero for better damage abilities. Barrows drops Frost Bombs which slows fast enemies down so that you can kill them all in time. Money, the kills, all of it adds to you hero leveling up. Get perfects kill waves etc. to gain more XP. 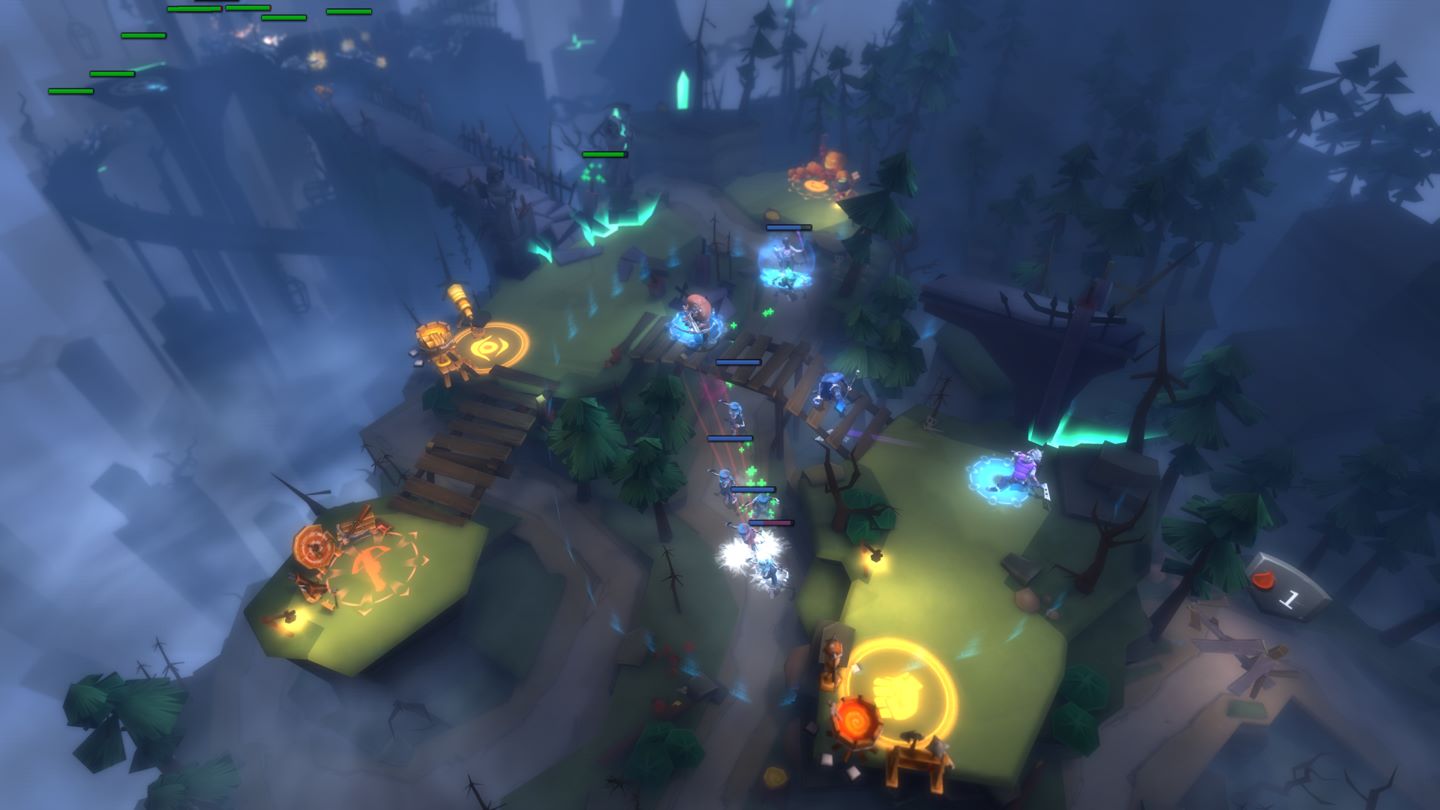 The town has been destroyed and needs your immediate attention. After winning a couple of rounds you will have the ability to mend the town back to normal. The Academy, The Forge, all of it counts and really matters.  You upgrade your character tree skill at The Academy; the more skills that are upgraded the more damage you will inflict and the better chances you have at surviving enemy waves. The Forge is where you can upgrade you weapons and put runes into the weapon slots. Charge costs can lower for faster shooting or making weapons stronger with buffs.

Townspeople are important to your future victory. Make sure your Town Hall is kept in good condition. Town Hall is where you keep records of your Heroes, enemies and the buildings within the city limits. Keeping track of records never hurt anyone. As previously mention, Gems are used to create Shrines within the game. Some are for Heroes, some orbs and others special. They all matter and can be used in a lot of ways. Better start trading in gold for gems. 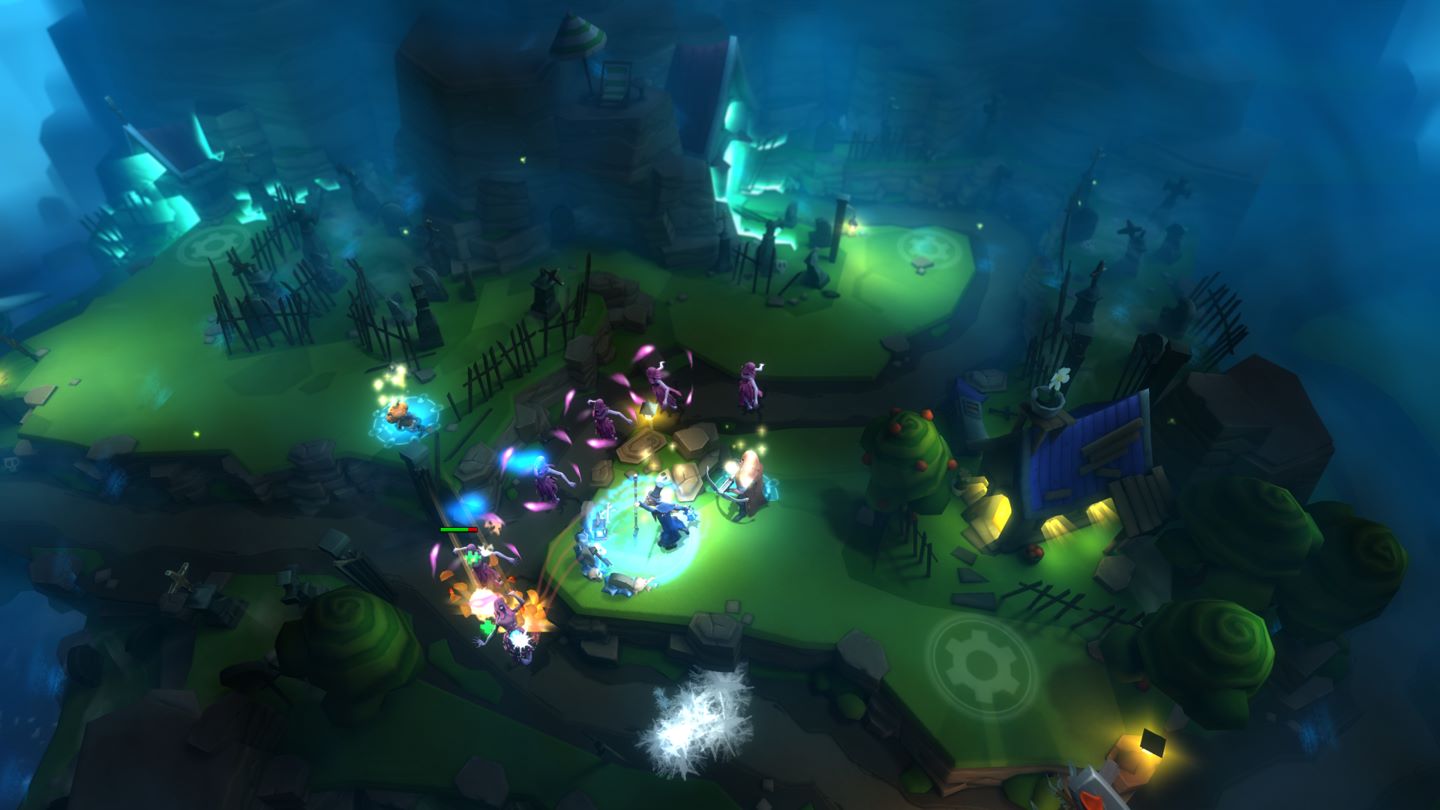