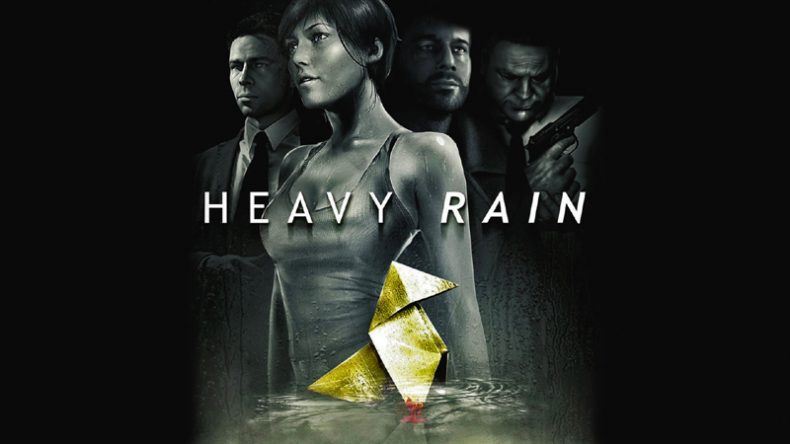 Blurs the lines of digital entertainment with an emotional and engaging story that is sure to appeal to the broadest scope of gamer.

Originally released on the PlayStation 3 back in early 2010, Heavy Rain was the first of what would soon pioneer a new style of interactive drama.  Conceived by David Cage and developed by Quantic Dream, previously known for their cult-classic Indigo Prophecy, Heavy Rain would pave the way for a trilogy of cross-generational titles that pushed the boundaries of technology and the way we played and interacted with video games.  Over the past decade Heavy Rain has been remastered and re-released several times and now it finally makes its way to the PC, the birthplace of adventure games, so non-console gamers can finally partake in this unique style of entertainment.

Heavy Rain is a bold step forward in interactive cinema, so bold that it has actually evolved into its own genre, as I hesitate to even classify this as your standard action-adventure title.  Sure, you walk around looking for items and engage in endless conversation topics with a cast of unique characters; all staples of the adventure genre, but you do so in such a way that at no time do you feel you are playing a game. You are totally immersed in the story and you totally become the character you are playing. 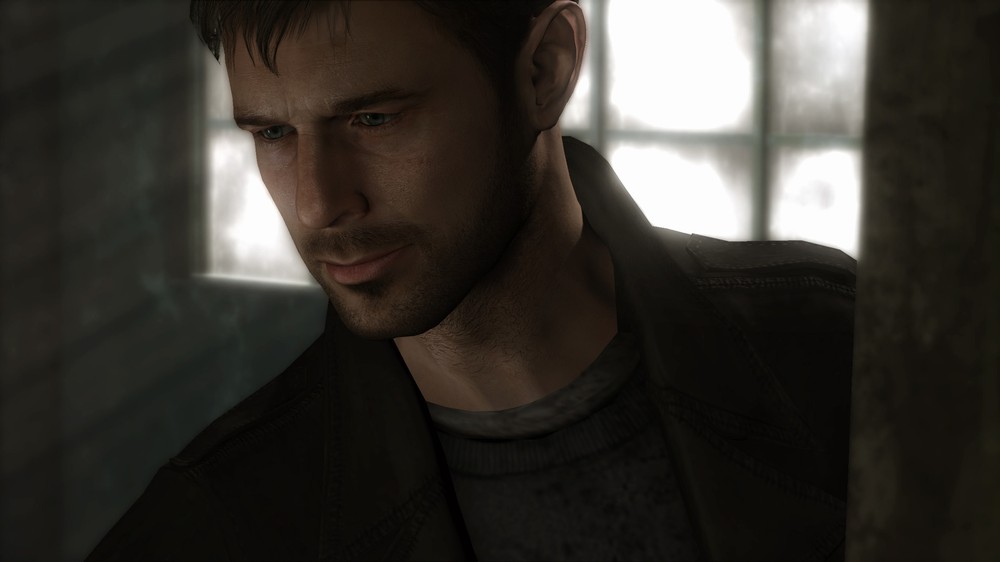 Heavy Rain tells the story of several characters, all caught up in the web of intrigue surrounding a rash of serial child murders from a man known only as the Origami Killer.  Characters include a loving father trying to find his missing son, a portly detective investigating the murders, a female reporter writing a story about the murders, and a young hotshot FBI agent called in to consult for the local authorities.  As you progress through the numerous acts and chapters of the story you will play these various characters all working toward the same goal.

When most people think of adventure games they think of lengthy dialogue trees, lots of pixel hunting to find objects on the screen, and perhaps some clumsy navigation controls for walking around. Heavy Rain only falls victim to the latter with movement controls that are as unwieldy as the old Resident Evil games.  Characters have a tank-like movement that works well enough within each camera shot, but as soon as the camera changes, whether by your choice or by game design, you might find yourself moving in the opposite direction of your control stick.  I understand this is trying to help preserve a flow of motion throughout various camera angles but it still trips me up in smaller spaces shown from multiple angles. 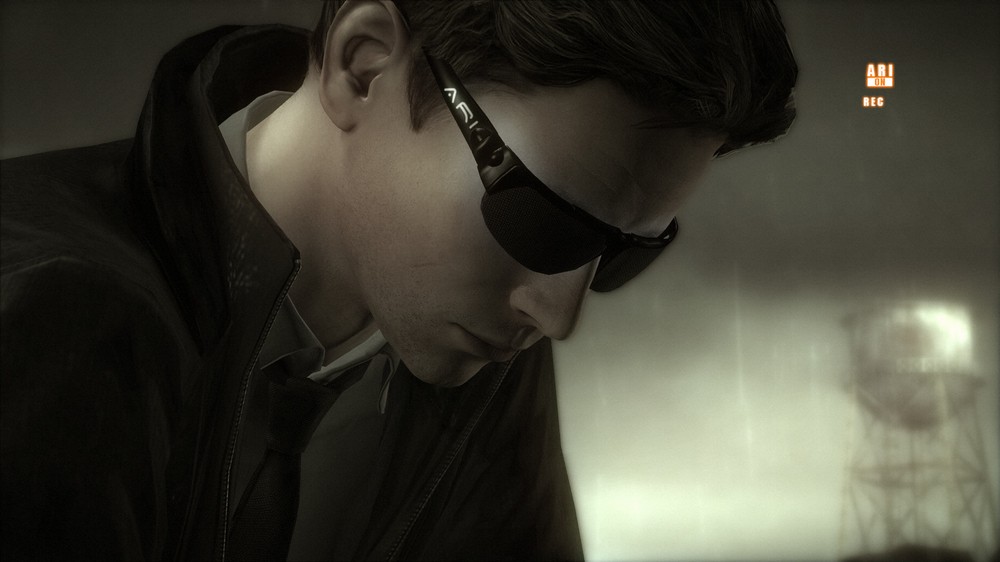 As for the other pitfalls, there are no real hidden objects lurking in the gorgeous backgrounds of Heavy Rain. Items are fairly obvious; especially if you are playing the FBI agent with the cool CSI shades that can ID tire tracks, bloodstains and random bits of DNA. For everyone else without the high-tech sunglasses, you simply walk near an object that can be used and a button prompt appears.

Then we have the dialogue. Thousands of lines of fantastic dialogue all performed by a cast of carefully chosen and wonderful actors. In many adventure games I simply dread knowing that I will have to wade through endless conversation trees, exhausting all topics before moving on, but Heavy Rain does it quite differently. Rather than picking exactly what you want to say you pick an attitude or an emotion and your character will say something appropriate and the other person responds. It creates a very natural and improvisational flow to each encounter and allows you to steer the conversation with some often-unexpected results. Characters also have an inner monologue, allowing you to pop-up a menu of ideas that swirl around their head and give you tips on what to do next. 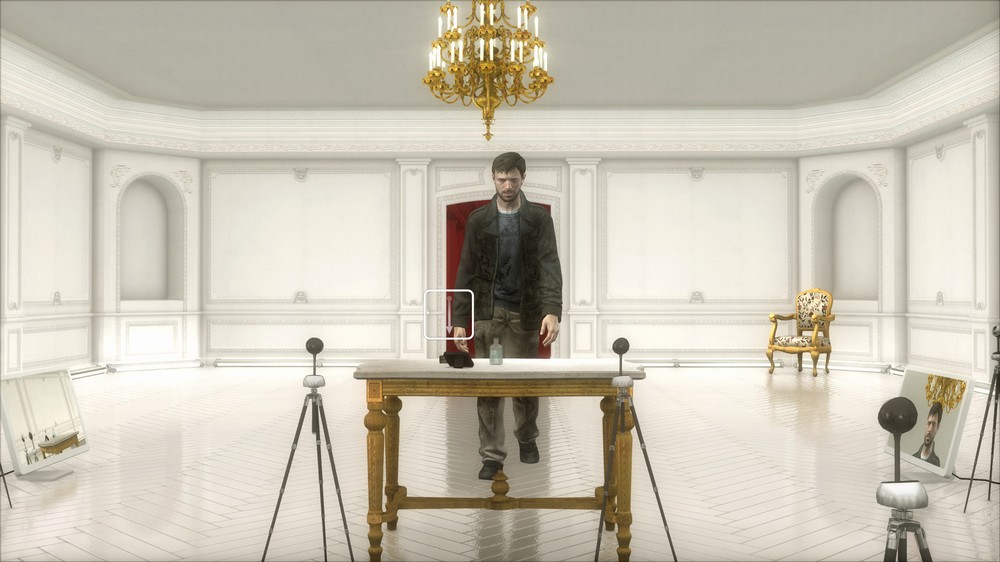 And then we have those infamous QTE’s. I supposed my first “quick time event” was playing Dragon’s Lair back in the 80’s but they ultimately evolved into a popular gaming convention in games like Shenmue, God of War, Indigo Prophecy, and countless others. It’s getting hard to find any game that doesn’t have some sort of button-mashing sequence buried in it somewhere, but Heavy Rain takes it to a whole new level by making most of the game one giant QTE, but at an elevated level.

First off, the on-screen action is often directly keyed into the analog movement of the controls so if you move a stick slowly the action on the screen unfolds at that same speed. This adds a certain level of immersive control and finesse to the gameplay. When things get more frantic, like in a fight sequence, you’ll have to quickly match button presses and stick movements.  But unlike most other games that use QTE’s, there is no real failure in Heavy Rain.  Sure, you can earn an achievement for nailing all the QTE’s in the game, but there is also a level of acceptable failure.  In an early fight sequence with an angry boyfriend you are allowed to miss several button presses and still win the fight but with a slightly different result, like a black eye. If you miss too many buttons the boyfriend wins the fight with yet another outcome. Most games use QTE’s as a pass/fail test, but Heavy Rain actually uses them to steer the narrative through seemingly endless parallel paths through a complex multiverse. 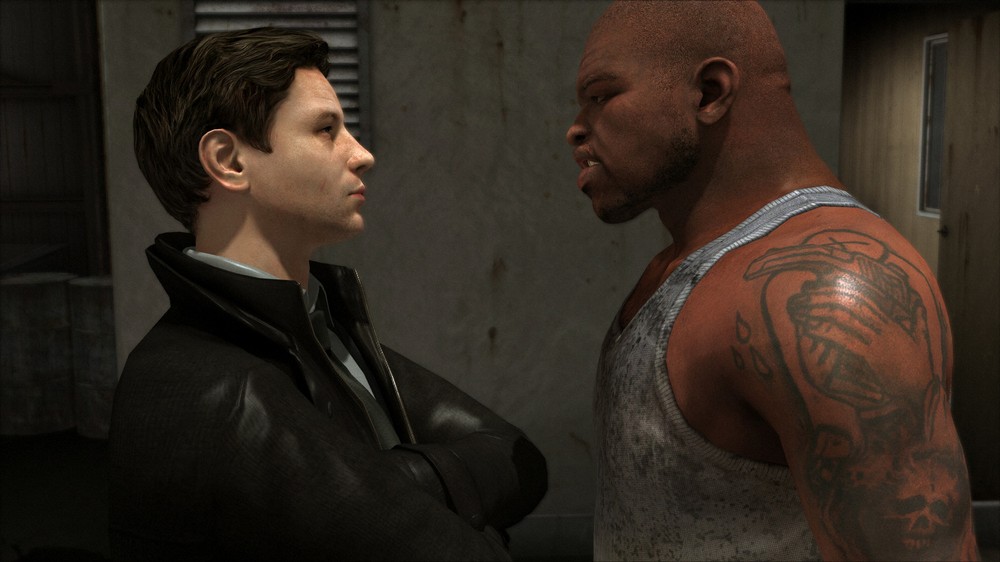 That’s not to say you cannot die in Heavy Rain. It is quite possible to have one or more characters get killed and if that happens you will miss out on any of their future chapters. While the ultimate story and climax never changes, there are several possible outcomes to Heavy Rain and countless paths to arrive at those endings with all sorts of subtle narrative nuances, ultimately turning this 8-hour adventure into something you can play over and over again, and there are numerous achievements to encourage doing so.

In addition to QTE’s you also have these challenging button combos that I compare to a game of Twister for your fingers. They involve holding down a series of buttons in sequence, so to nimbly step through a web of electrical wires you might have to press X, then circle, then L1, then L2, then square, keeping each button held down until the sequence completes. And finally, you have the rapid-tap input where you furiously tap the indicated button to fill up the shaded box within the time limit. For those of you with limited dexterity or no tolerance for QTE’s, you can change up the difficulty for the game increasing timers and your margin for error.  It’s worth noting that while the game technically supports mouse and keyboard the game was clearly designed for a gamepad and trying to play this game using awkward mouse swipes proves to be frustrating if not impossible. 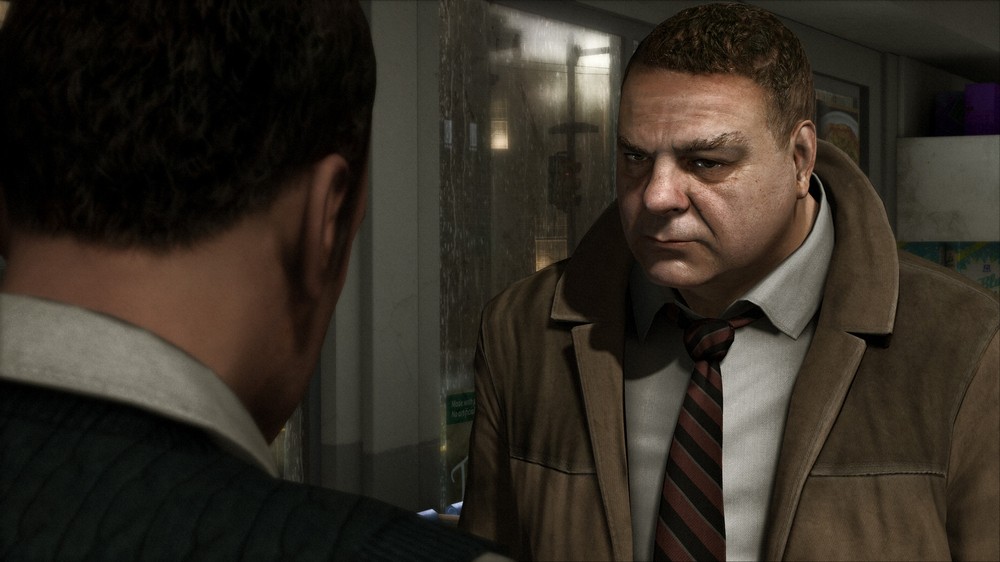 The presentation for Heavy Rain is nearly flawless with some stunning mo-cap work, not only for overall character movement and subtle character traits and idle animations, but also in the detailed facial capture and lip-synch. You can even unlock and watch some of the behind-the-scenes footage in the Extras menu. Admittedly, most of the design focus went into the characters and the backgrounds become mere artistic set dressing. They look good, just not as good as the people inhabiting them. A virtual director captures all the action and storytelling from just the right camera angle, but often you might need a new perspective, so tapping LB will give you an alternate angle on the scene that just may offer up some new clues.  The remastered visuals look fantastic with 4K supports and 60fps with all the options turned up.

As previously mentioned, the voice acting is excellent for the most part. There are a few clumsy line deliveries and it seems that only a few people can properly pronounce the word “origami”. The sound effects are amazing, especially the falling rain, which if played on a surround system will have you believing its actually raining outside. The score is perfectly suited for the game with emotionally driving moments that kick in to suspense and action sequences. 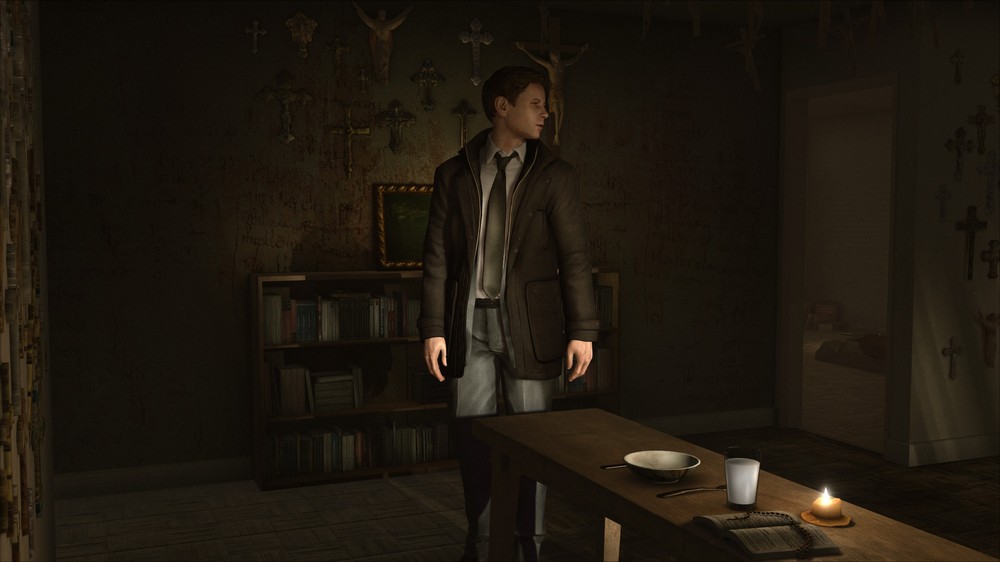 If you’ve never played Heavy Rain then now is a great time to check it out as the PC version is clearly the best the game has ever been.  It’s only $20 or you can save a bit if you pick-up the Quantic Dream Collection and get all three games.  I encourage everyone to go into Heavy Rain with the same mindset you would if you were watching a movie or reading a good mystery novel.  This is interactive entertainment and goes way beyond any typical gaming genre we are used to, even surpassing the adventure genre it claims to be.  Heavy Rain blurs the lines of digital entertainment with an emotional and engaging story that is sure to appeal to the broadest scope of gamer.  I highly recommend.