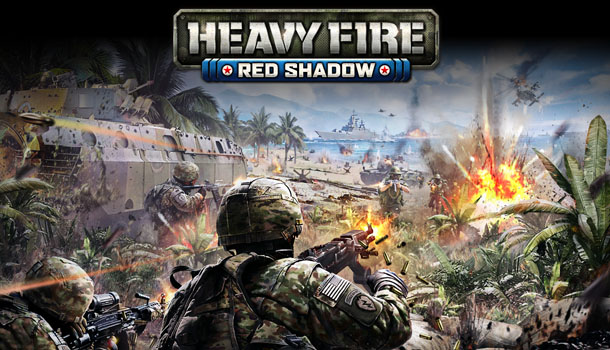 A shallow and unenjoyable light gun game without the light gun that's even worse in VR.

The Heavy Fire franchise has been out of the public’s eye for a few years but returns with Mastiff’s release Heavy Fire: Red Shadow for the PlayStation 4.  Heavy Fire games have historically on-rails light gun shooters along the lines of arcade staples Time Crisis and House of the Dead, but with a decidedly militaristic setting nodding to the likes of Call of Duty.

With Red Shadow, Mastiff has tweaked Heavy Fire’s traditional on-rails formula by placing the player at the helm of a stationary machine gun turret with full 360° rotation. They have also tweaked, or should I say eliminated the option for traditional light gun (PlayStation Move) shooting mechanics, instead relying solely on the standard DualShock controller. 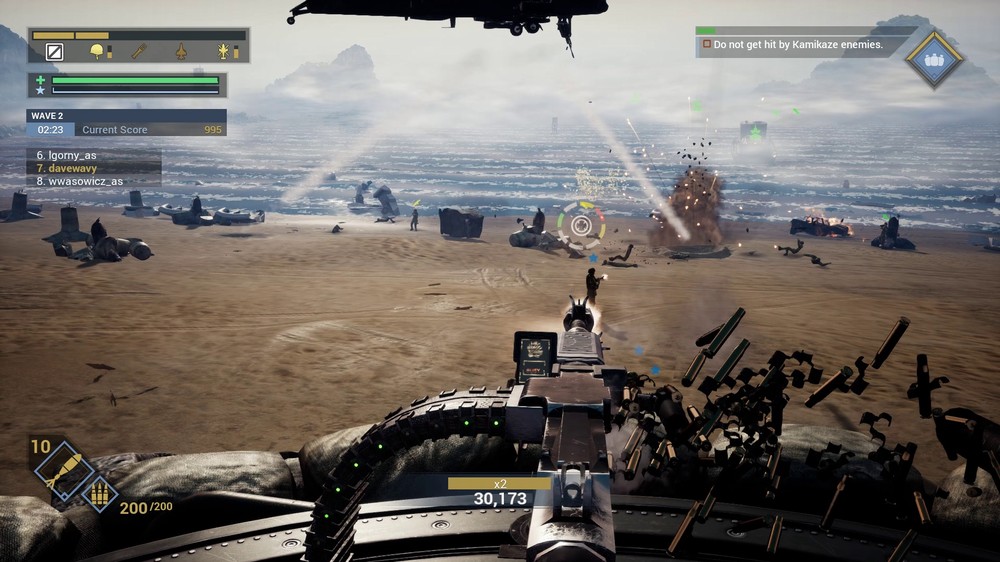 Here lies the first, and arguably most significant issue with Heavy Fire: Red Shadow: on-rails light gun games are shallow by their very nature, and the enjoyment is really all about the physical act of holding, pointing, and shooting a light gun at waves of oncoming enemies – mastering the patterns and maximizing the points before the game shifts you to the next location.  When you remove the light gun from the light gun game, and have the gamer rotate around one spot for a half hour or more, it only emphasizes how shallow and uninspired the genre is.

The player stands in one place and rotates around, and around, and around – attempting to mow down the waves of incoming soldiers.  While this might somehow sound exhilarating, the fact that most of the action takes place long range and without a scope renders the whole experience to little more than hosing down tiny stick-figure silhouettes and hoping you see a puff of smoke indicating the kill.  It’s only entertaining for a short time before the mediocrity wears thin.  There is some respite in the quirky high-quality cutscenes, that seem ripped right from the Modern Warfare storybook, but the four levels offered by Heavy Fire: Red Shadow are exercises in repetition. 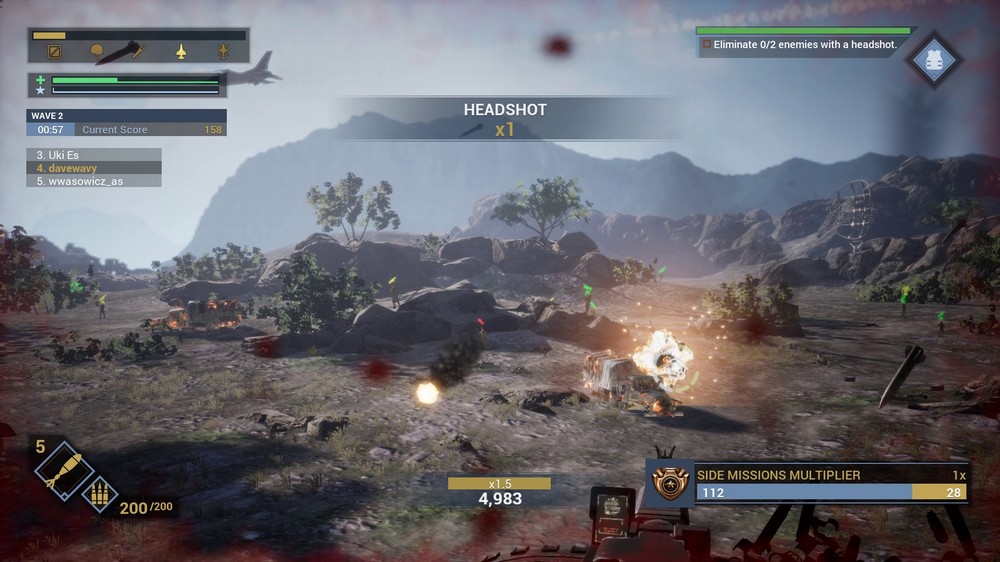 Red Shadow does offer PlayStation VR support – but that comes with a significant additional cost.  The base “flat screen” version of the game sells for the bargain-bin price of $20, which in itself is probably a bit steep for what is essentially little more than your typical $5-$10 touchscreen tablet action title, but I’m generous enough to give Mastiff kudos on some relatively impressive production value during cutscenes.  But for them to turn around and ask for an additional $10 to get the VR support DLC (even though the base title indicates VR on the download page), making for a total of $30 – well, that’s a 50% price increase for lackluster (and frankly, unusable) VR support, and that is inexcusable.

As for the issues with VR – they are aplenty.  Donning the VR headset, one will see noticeable tearing, seams, and warping of the backgrounds as they attempt to physically rotate 360° in front of the screen to use the turret effectively.  Considering the headset is tethered to the gun one can imagine that rotating around and around can become somewhat of a tangled-up mess, not to mention the fact that when the gamer turns completely around the camera often loses calibration and the scene becomes a jumbled off-kilter mess. 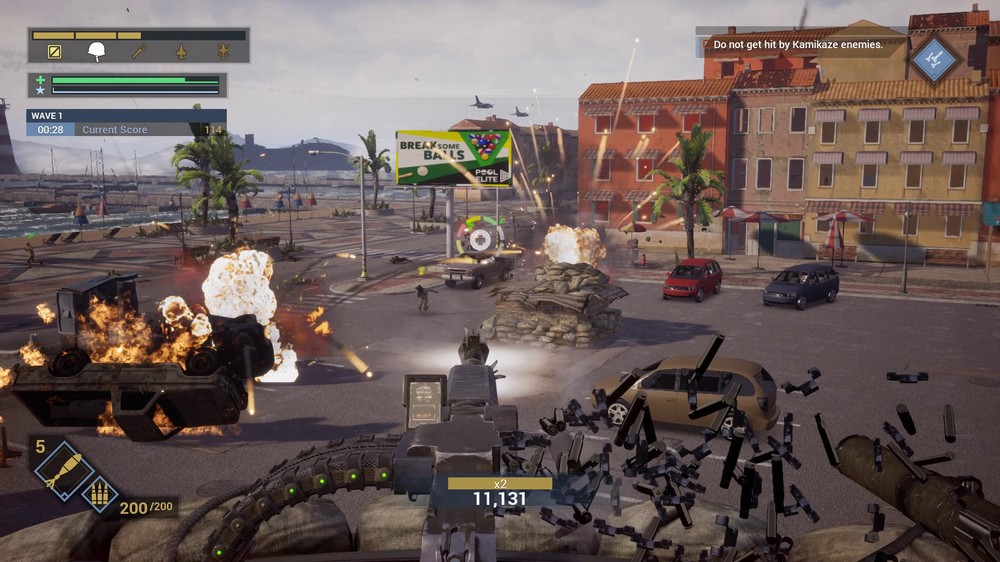 Most who shell out the additional $10 for the VR will instantly want to go back to standard screen mode just to get a semblance of their money’s worth out of Red Shadow.  Mastiff probably should have just stuck to the traditional light gun genre with Heavy Fire: Red Shadow.  By locking the player down and removing the very thing that makes a light gun game appealing – the light gun itself – they have taken what would have probably been a moderately successful niche release and made it virtually unenjoyable.