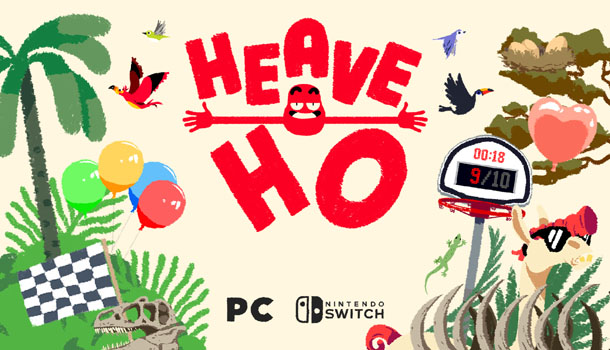 I’ll keep my review for Heave Ho short and sweet so you can just go out and buy this for yourself and start enjoying this totally awesome and delightfully challenging puzzle-platformer that is fun for one and pure chaos that grows exponentially with each new player that joins in. Honestly, words don’t do this game justice and you really need to see a livestream of the game in action, and if you do find one make sure to watch the people playing rather than the actual game. I can’t recall a game in the last decade; especially a $10 game, that has put a smile on my face like Heave Ho.

The concept is simplistic genius. You play as a head with two arms that are fully under your analog control and at the end of each arm is your gloved hand, red and blue and each controlled by the left and right triggers on your gamepad. Using your hands you can grip the geometric surfaces of each increasingly challenging level design to make your way to the cup/goal by pulling, swinging, and sometimes launching yourself to distant surfaces in order to log the best completion time. 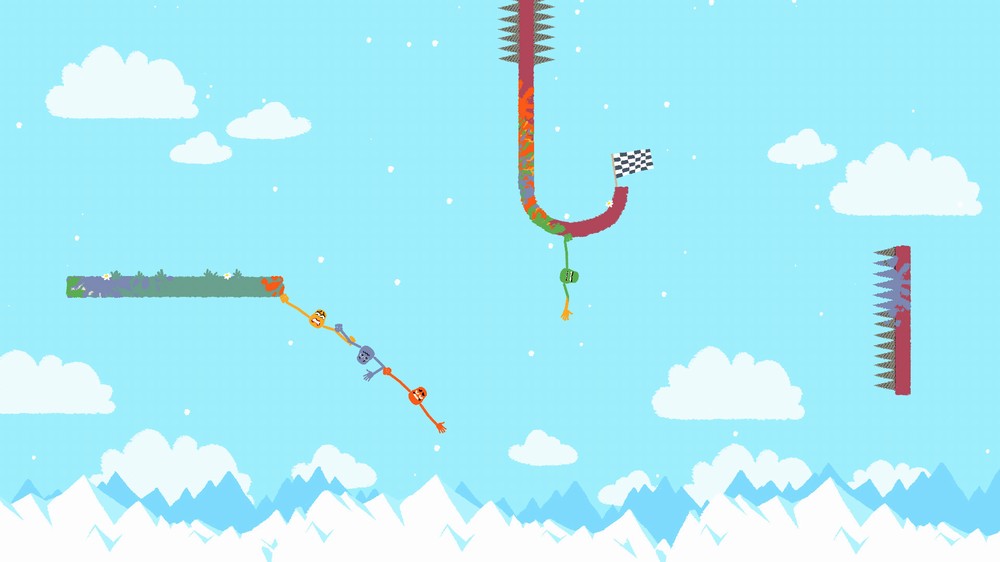 Playing alone is challenging enough and I played through multiple chapters by myself before sharing the joy and frustration. Alone, you merely figure out the optimal path from the start to the goal and climb your way there hand over hand with the occasional risky swing and launch and desperate grab at a ledge or wall. When other players start to join in things get a lot more unpredictable and chaotic. Not only are you gripping surfaces you are gripping other players and they are gripping you. You might be trying to launch yourself or swing to another ledge but another player isn’t letting go and then when they do you’ll often plunge to your off-screen death where you are mulched in something that sounds like a wood chipper and your blood sprays back onto the screen to paint the environment and other players. At the end of some levels it looks like a paint factory exploded, and there are even some levels where pieces of the architecture are invisible waiting to be sprayed with blood so you can see where to go.

When I say “blood” parents don’t need to freak out. This game is rated E and blood is merely multicolor paint that’s the same color as your character, and speaking of characters, there is a fantastic customization screen that allows you to pick all sorts of face, hair, voice, and glasses options to set yourself apart from the other players. Even so, it can be easy to lose yourself in the chaos when everyone starts piling up onto each other. 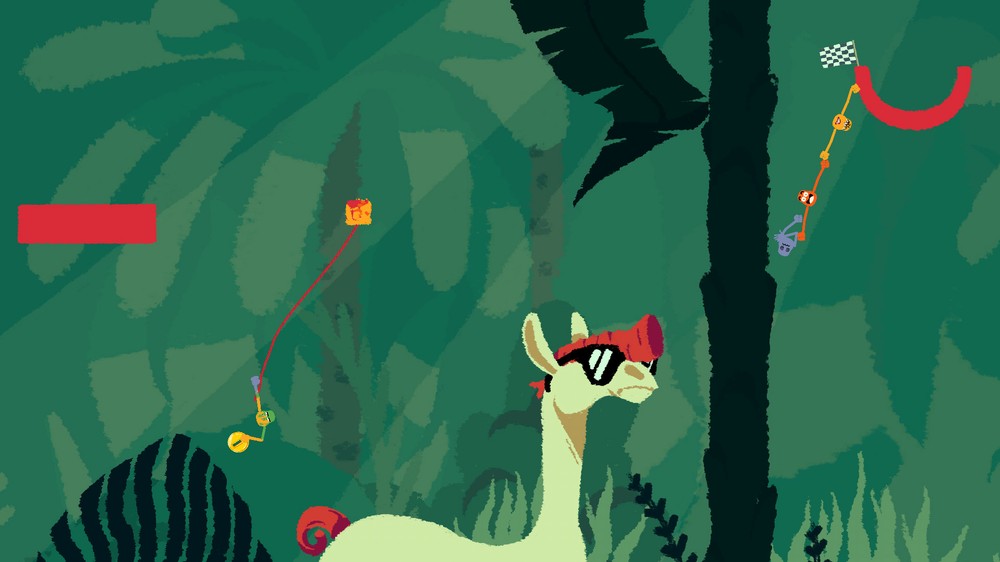 The real fun lies in the cooperative nature of the game should you choose to play it that way. There is no reason you can’t all make your own solo runs for the goal but when you work together to create these acrobatic chains of arms and heads it’s almost like a circus trapeze event. In fact, there is even a circus themed series of levels that encourages risky swings, spins, and launches across the entire screen. The physics model in Heave Ho is impressive and consistently reliable so you can eventually learn to pull off some really flashy moves.   Players that reach the goal ahead of the others can stretch out their arms and try to catch incoming players. As a last resort you can always summon the floating life preserver that players can grab onto and it will float to the goal, and in some levels if things are taking too long they will add in beams or ropes to make things easier.

There are also fun challenge levels where everyone has to get within a certain area before the clock expires, and another level where a farting llama will walk across the screen releasing a sickening cloud of gas that obscures your view of the level. Perhaps one of the coolest features of multiplayer are these coins that appear and you must grab and carry them into the goal. The trick here is that the player holding the coin only has one functional hand for the rest of that level so the rest of the players have to help get him into the goal. 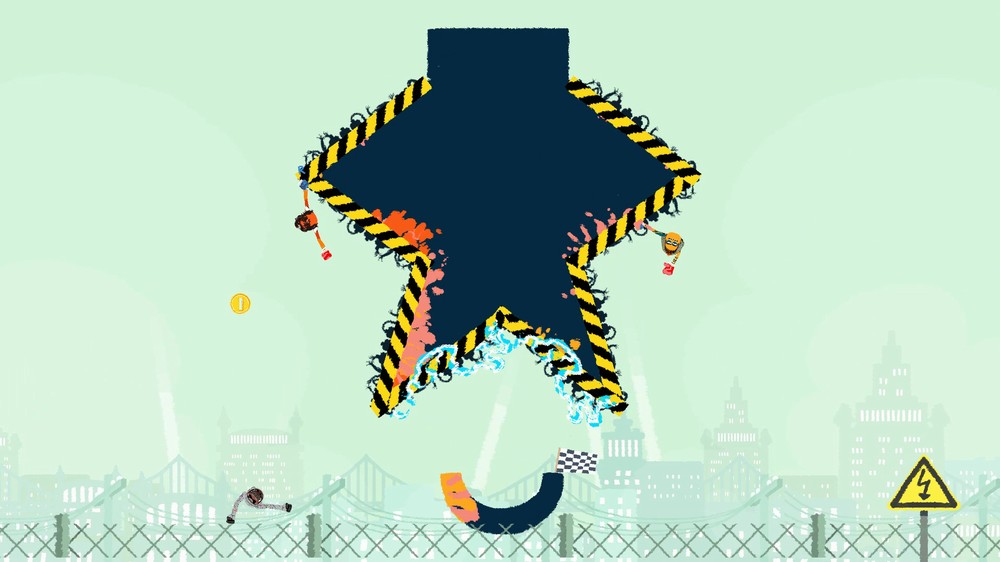 As you get deeper into the game levels become more sinister in design with some levels cast in darkness only be revealed as you move through them.  Other levels have electrified platforms that cycle their energy in patterns you must learn to navigate while other levels are entirely invisible requiring leaps of faith or intentional spraying of blood.  You also need to avoid numerous spikes on walls, floors, and ceilings.  There are a lot of things out to kill you in Heave Ho beyond gravity.

My only minor complaint with the game is that the controls are not configurable and after 30-60 minutes of squeezing the triggers to grip in the game your fingers get very sore. For some reason the perceived danger of falling in the game makes you squeeze the controller harder than needed. I would love to be able to map these to the shoulder buttons or even the face buttons. That’s my only issue, which is fueled by my inability to stop playing this awesome game.

Everything about Heave Ho is awesome from the fun character designs and amusing emotes to the simplistic level design and art style that a lot of gamers would dismiss as overly primitive, but I find totally charming. There is a sharp difficulty spike about two hours into the game, but the fun thing about these levels is that there is often a hidden gimmick to solving them quickly, often bypassing much of the obvious path architecture. You need to think outside the box and take crazy risks to find the record-breaking times, and adding a friend or two or three to the mix only sweetens the experience.

What’s got two hands and a big smile on his face? THIS GAME and THIS REVIEWER! 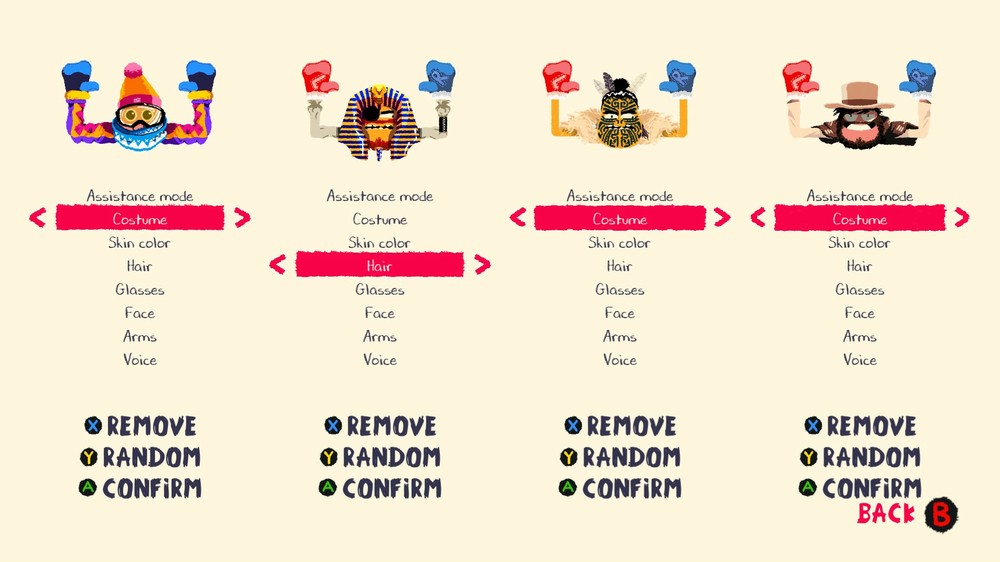 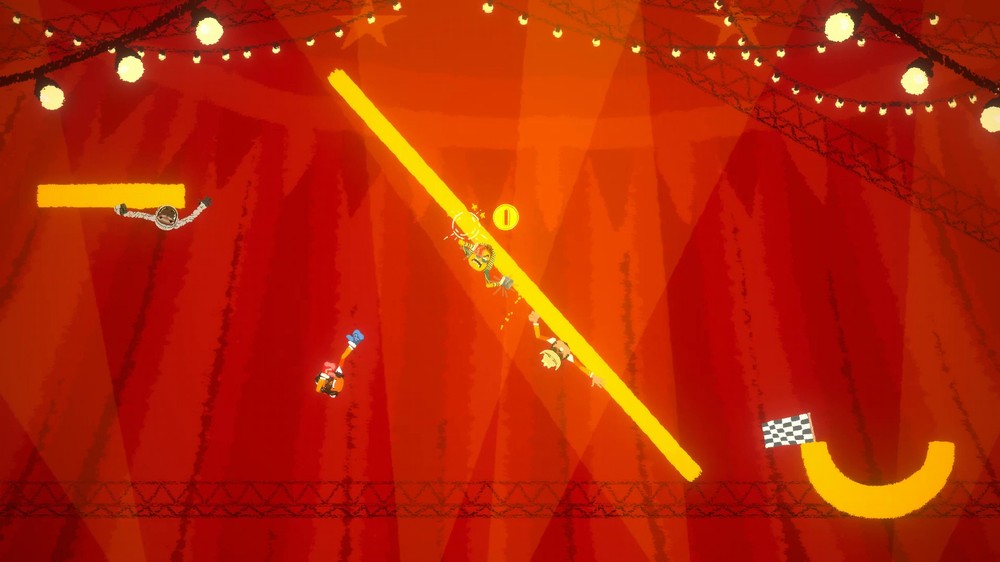 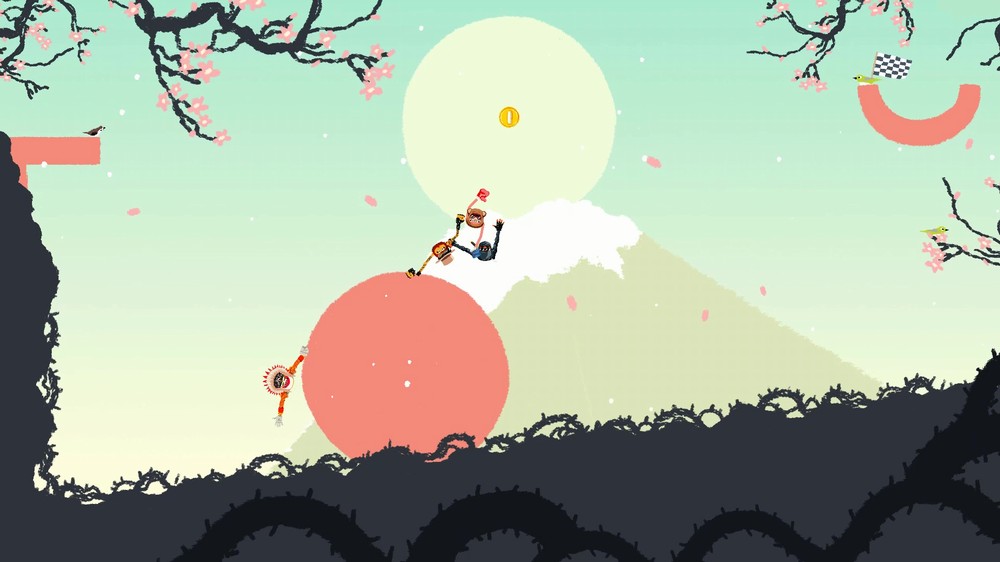 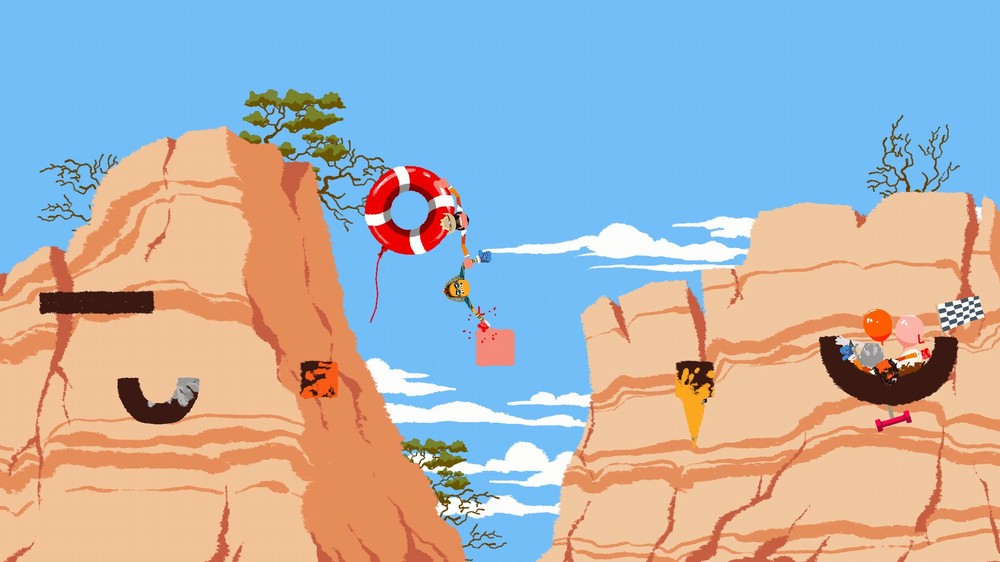 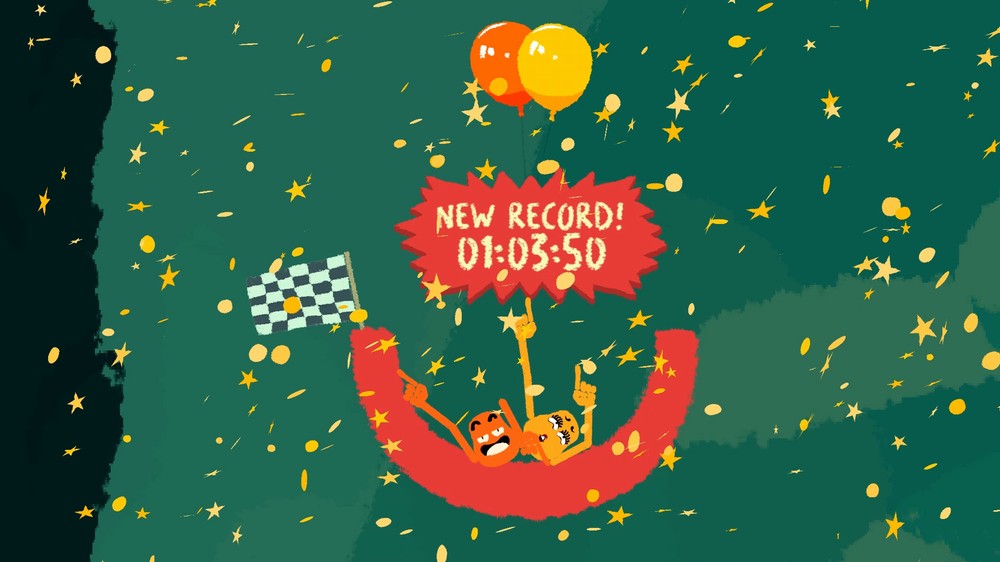