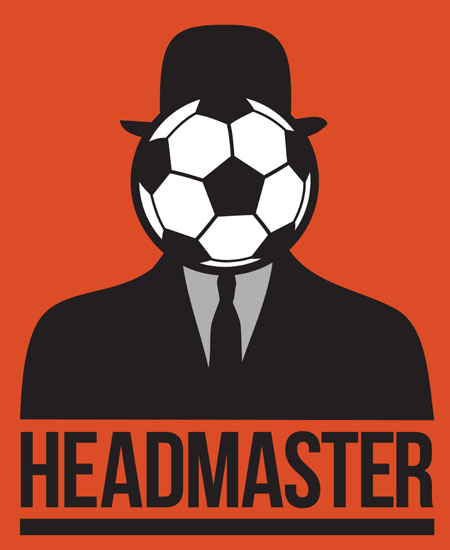 Don’t let the name deceive you. Headmaster is not the new sequel to Bully, but rather all about mastering the art of hitting a soccer ball with your head. And don’t let the guard towers and barbed wire fence fool you either. You are not in prison but rather enrolled in The Football Improvement Centre where you are about to undergo 40+ challenging lessons to turn your skull into a formidable soccer weapon.

Headmaster has several cool things going for it starting with its mandatory “hands-free” control system – this is soccer after all – so even navigating the menus requires just a simple gaze at key hotspots to proceed or backtrack. After the amusing intro you will begin a lengthy series of lessons divided into courses that end with a final exam before you unlock the next series of lessons. There are more than 40 such lessons, all interspersed with random bits of story elements that mostly play out over the loudspeaker on the training field.  You can also return to your dorm room to check your progress and check out random prizes that you will unlock with perfect scores. 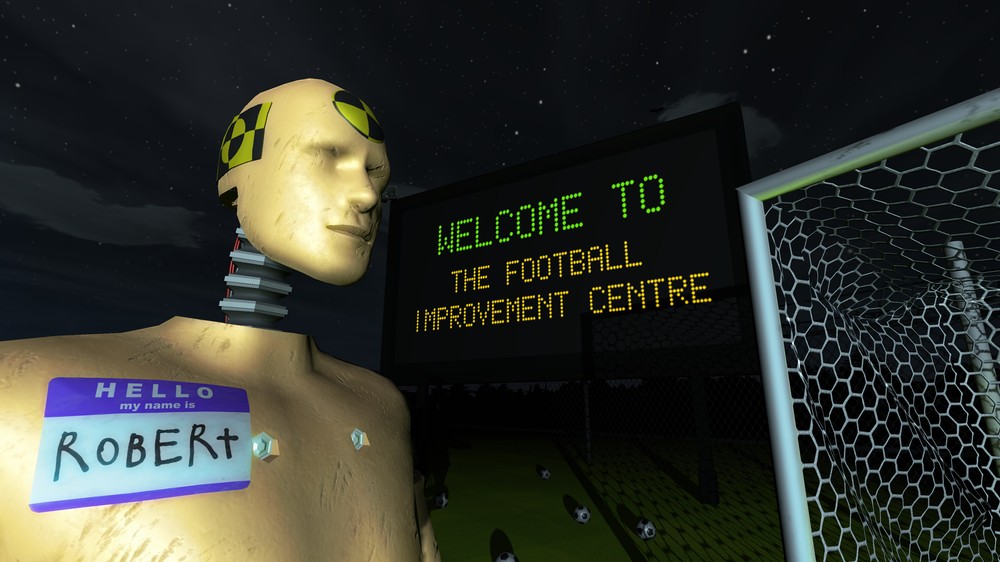 Headmaster is the only launch title to support multiplayer where everyone gets to wear the headset.  Thankfully the PSVR is easy to remove and readjust as you pass it down the line for up to six people in a pass-and-play Group Session mode. Make sure to have a towel handy to wipe off the forehead sweat. I had to wonder if this mode was even viable, but the designers structured the gameplay to minimize headset swapping. I still would have liked some mixed mode multiplayer where TV players could kick balls at the VR player from random directions using the controller.

While the 40+ lessons vary in theme and objectives they almost always focus on bumping incoming soccer balls with your head into the net and usually some specific targets with various point values. Your ultimate goal is to score the most points possible trying to reach the requisite score for three stars. At first this is pretty easy, but things start to get a lot more challenging as you approach your first final exam.  You get exploding balls, stacks of boxes, a moving keeper to block your shots, or target rings that move further away on rails. 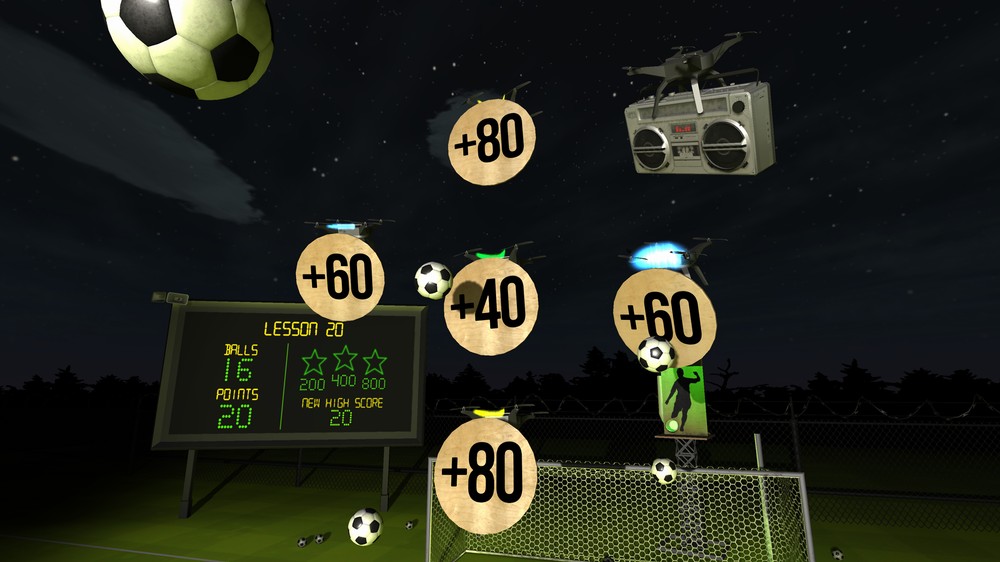 As someone who hates to move on without a perfect 3-star score, I quickly learned it was perfectly fine to advance with only a single star, otherwise I might never move on. You can advance by earning a single star but future levels require a certain amount of stars, so eventually you may have to return to previous levels and earn more stars.  The good news is that the more you play the better you get, so past challenges will seem easier when revisited.

The PSVR headset is surprisingly responsive and somehow knows when you aren’t keeping your neck straight, as I was constantly being reprimanded for nodding rather than heading the ball. Trying to head the ball with just enough force to maintain the required elevation as well as angular direction is just as hard as I imagine it to be in real life. I’m still waiting for some soccer-playing friends to drop by and give me their expert opinion on real-world accuracy.  You will need to recalibrate often by holding the Options button down for a few seconds – the only reason to even hold a controller. 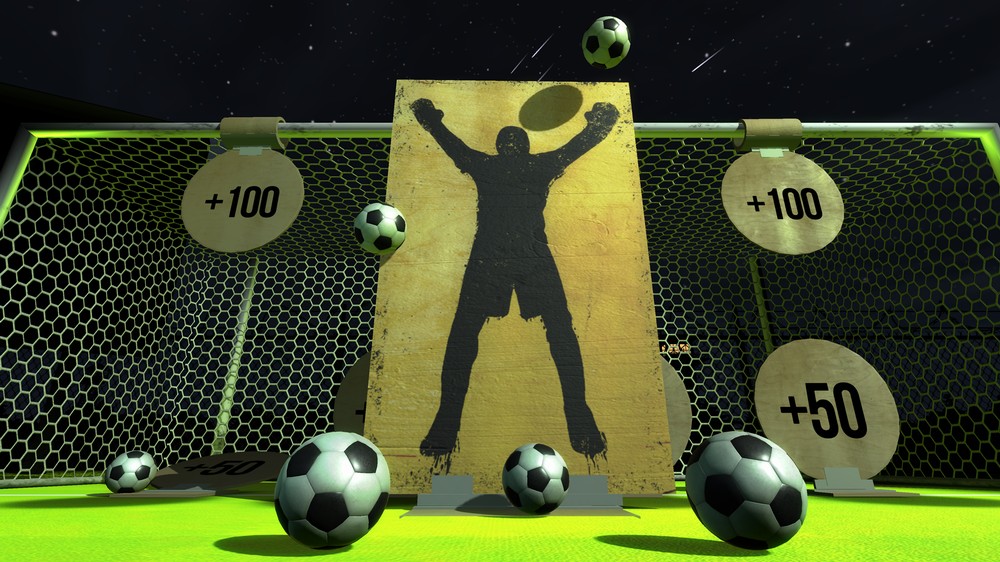 If anything, Headmaster may actually be helping my posture…well, at least while playing, as it forces you to sit fairly straight and pivot from the waist to head the ball into the targets. If you slouch on the couch and nod like a bobble head the ball won’t travel far or with any accuracy – and the game will yell at you.

Loaded with challenging content and plenty of humorous dialogue, Headmaster will offer up countless hours of casual target shooting with a soccer twist. For only $20, this is one of the more affordable and certainly one of the most comfortable PSVR experiences at launch, and a great pastime whether you play alone or load it up at your next gamer party. 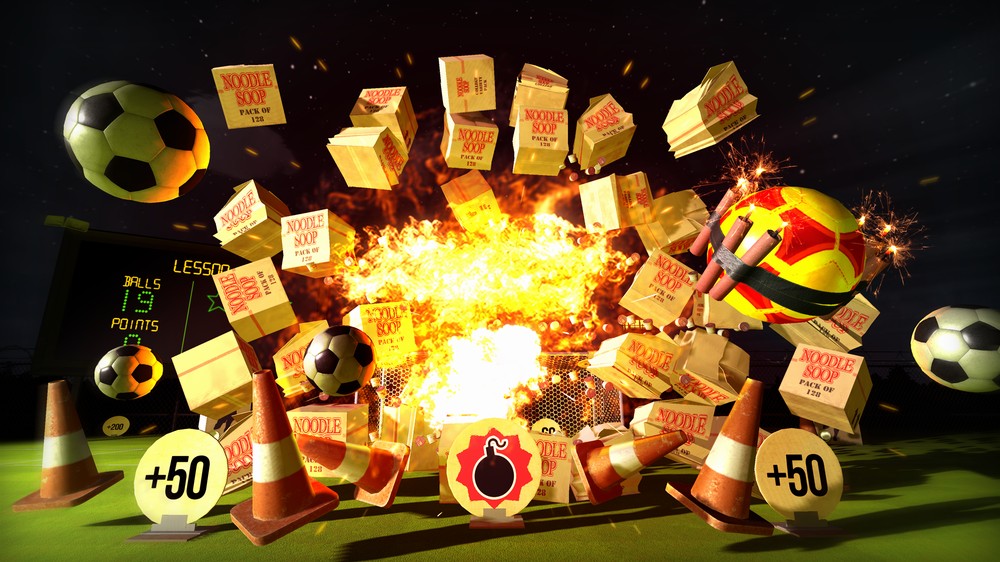 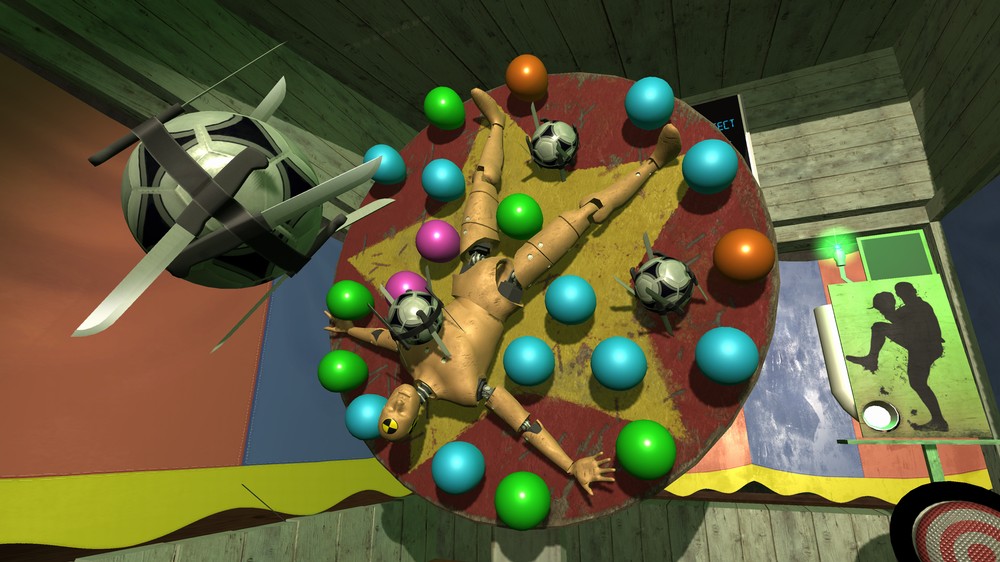 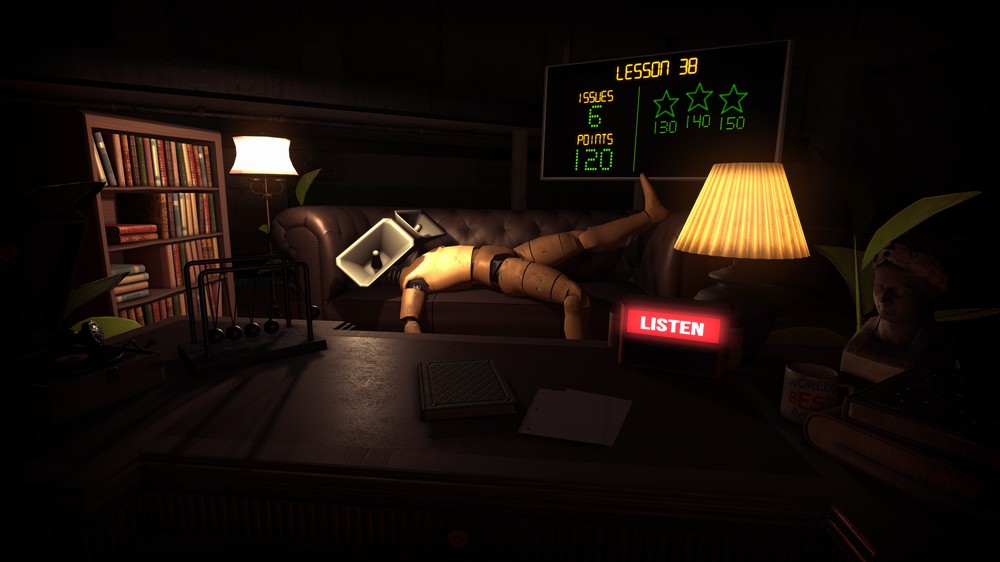 1
1025
The Walking Dead: Saints & Sinners Review – Oculus Quest
2
831
The Falconeer First-Look Preview – PC
3
831
Metamorphosis is 33% Off on Steam!
4
831
Werewolf: The Apocalypse – Heart of the Forest launches on October the 13th
5
831
Take to the Skies and Choose a Side in the New Trailer for Next Generation Air Com...
6
831
CRASH BANDICOOT 4: IT’S ABOUT TIME IS AVAILABLE NOW
7
831
Frictional Games Shows Off First Gameplay Footage of Amnesia: Rebirth
8
830
Join the Galaxy’s Finest as Star Wars™: Squadrons Soars Into Homes Today
9
830
Synth Riders Celebrates Anniversary with a Month Full of Treats and an Oculus Ques...
10
830
Worm Jazz Review – PC
All Original Content on Game Chronicles is Copyright (c) 2002-2020
Sinjin Solves Walkthroughs Copyright (c) 1996-2020 by Mark Smith