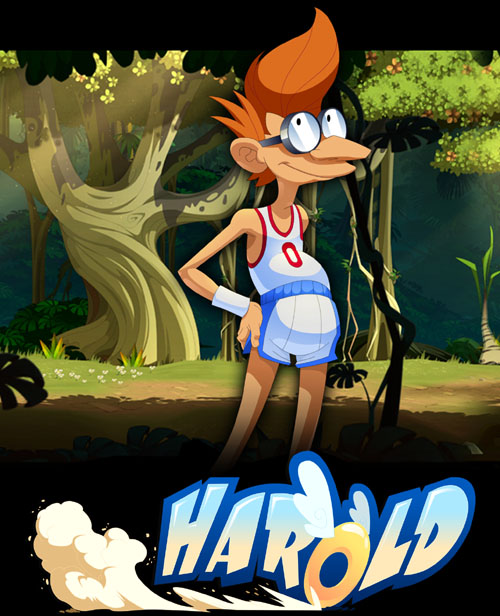 Harold is like your favorite Disney movie come to interactive life.

I have to admit, when you go into a review for a game simply titled, Harold, your expectations might be a little low, but that only made my overall enjoyment and surprise of this game that much better.  While Harold is indeed the main character of the game you do not play as him but rather his guardian angel, Gabe who has been assigned to watch out for the bumbling lanky track star as he participates in an ongoing series of foot races across all sorts of unique and hazardous levels.   If I had to sum this game up it would be Pitfall meets Rayman.

Moon Spider Studio has designed their racer in the fashion of most mobile games these days, with linear progression and a reward system that unlocks the core game bit by bit as you hone your skills on the earlier levels.  Each level has practice sessions, then a race, and ultimately an optional challenge to overcome.  In the very first level you will take part in ten lessons that focus on various aspects of gameplay before all of these facets are combined in the race.  As the game goes on you’ll learn more fun and creative ways to interact with Howard and his competition.

The twist in Harold is that you don’t control him at all.  It’s not like Track & Field where you are mashing on buttons to make him run faster.   Instead, Harold moves along at his own bumbling pace through levels populated with fiendish obstacles and in some cases, deadly traps.  As Harold’s guardian angel you have the ability to influence the outcome of the race in two ways; giving Harold the occasional angelic boost of speed, provided Harold has collected enough halos along the way, and manipulating those previously mentioned obstacles and traps. 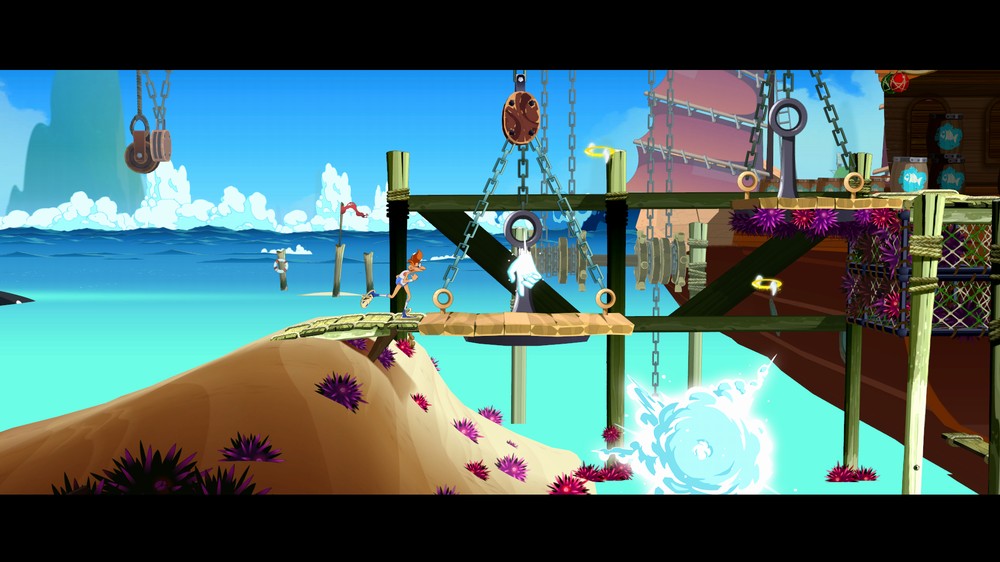 The real genius here is that not only can you use your angelic interference to help Harold; you can also hinder his competition.  You might need to lower a platform so Harold can get a lift to a higher ledge but you can also raise that platform to slow down an opponent.  Almost any point of interaction that would normally help Harold can also be used against the competition, which provides for some surprising moments of strategy as well as painful backfires when Harold stumbles into a trap for someone else.

The courses themselves are quite stunning, not just in their rich detail and original overall themes, but you’ll find multiple paths through the tracks with various levels of difficulty as well as super-secret shortcuts that can fling you into first place.  With a great collection of Achievements as well as stats and leaderboard competition (sorry – no multiplayer) Harold is a game that you can easily lose yourself in for hours.

What really impressed me about Harold; especially for a $20 game, was its presentation quality that easily rivals any game costing three times as much.  The game opens with gorgeous Disney-esque cutscenes – not surprise since many of the artists for this game have worked on movies like Lion King, The Iron Giant and Princess Mononoke.  The background art is colorful and imaginative and loaded with detail while the cel-style hand-drawn animations offer some classic visual moments that hearken back to the days of watching Disney and Warner Bros. cartoons.   You just can’t mo-cap animation this wacky.  With 100 layers of detail in each scene, the graphics in Harold is one of its crowning achievements and most endearing elements.

As much as this game is a feast for the eyes your ears are equally able to relish in a flawlessly inspired soundtrack that fits the theme of the game perfectly; especially when a 30-person gospel choir chimes in to accentuate Harold’s heavenly soundtrack.  There will be a lot of trial and error and repetitious gameplay in your quest for a first-place finish, but the soundtrack never gets old no matter how many times you run and rerun the same race. 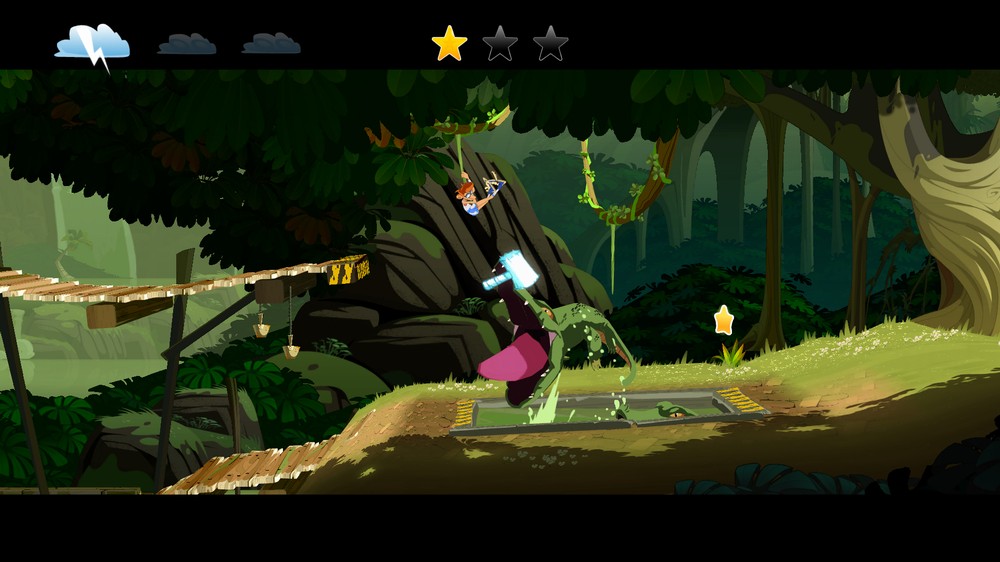 Harold is pretty much a flawless game, and one that I hope comes to consoles so non-PC gamers can also enjoy this rare gem.  Using Steam’s Big Picture and requiring a controller, it’s easy to see Moon Spider Studio has designed this with consoles in mind.  The responsive control scheme is perfect for the game, giving you instant access to switch around to any visible obstacle with the triggers and interact with it at the touch of a button.

If I had any wish for Harold it would be to add a “ghost system” so I could race (in spirit) my friends’ times on the leaderboard.  I would have also enjoyed a karma system that would balance out my actions used against others versus my helpful interactions for Harold.   You could then implement challenges such as winning a race without any negative influence.  Just a thought…anything to make the game just a bit deeper.

Harold is like your favorite Disney movie come to interactive life, combining superior visuals, inspirational music, and a game design that is so easy to learn with races that can take hours to master.  A perfect and wholly (or maybe I should say HOLY) unique racing title, Harold will entertain gamers of all ages until the Second Coming…just make sure you come in first. 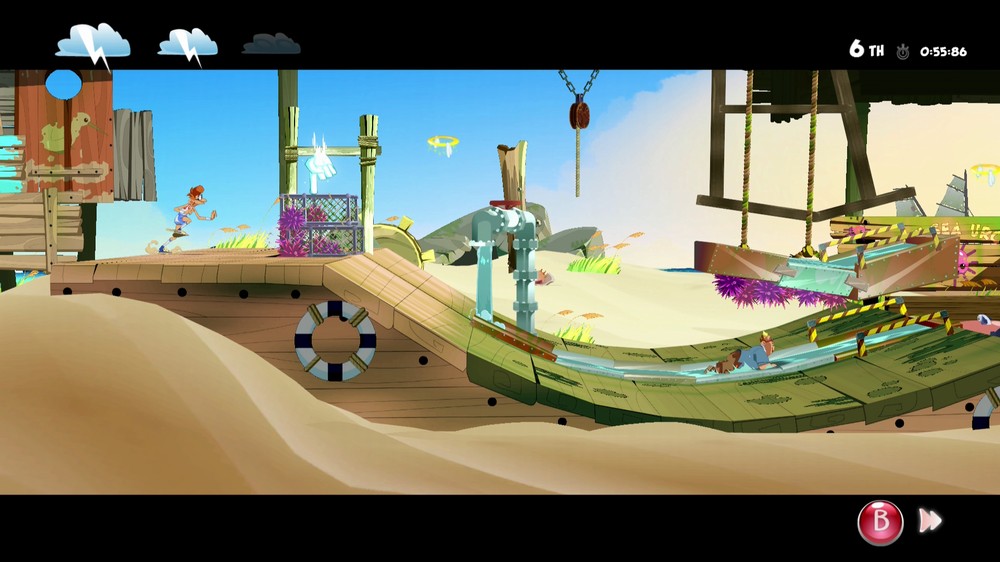 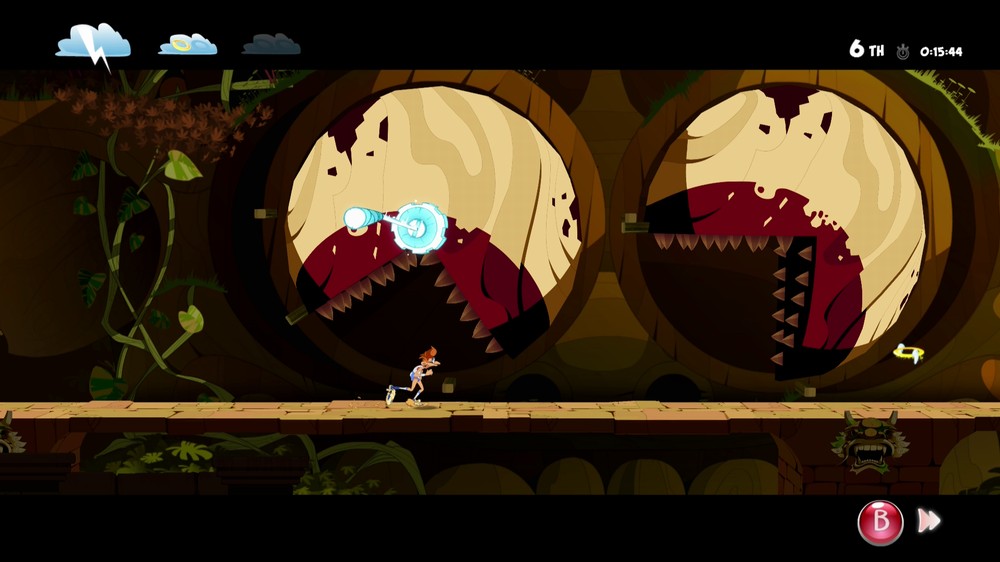 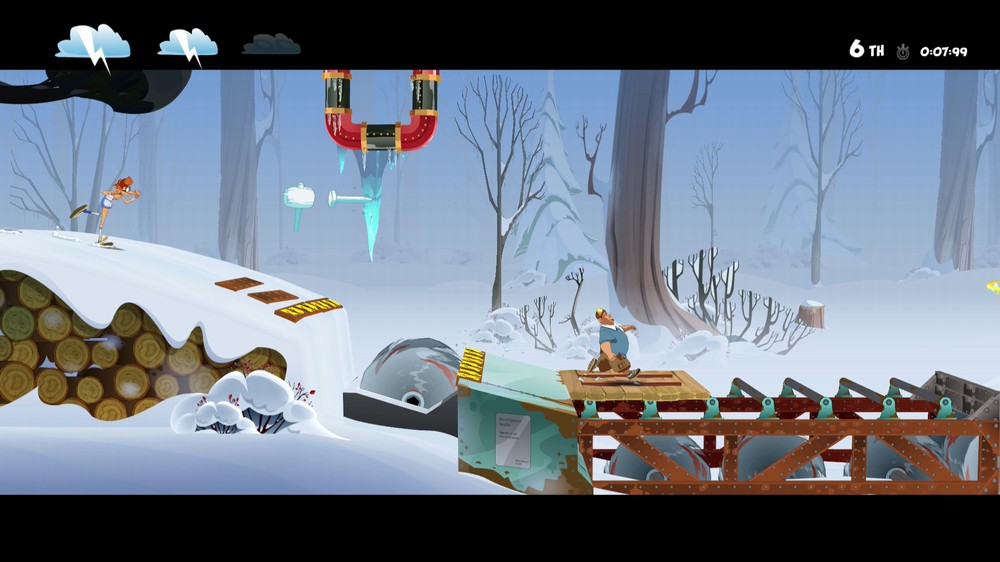 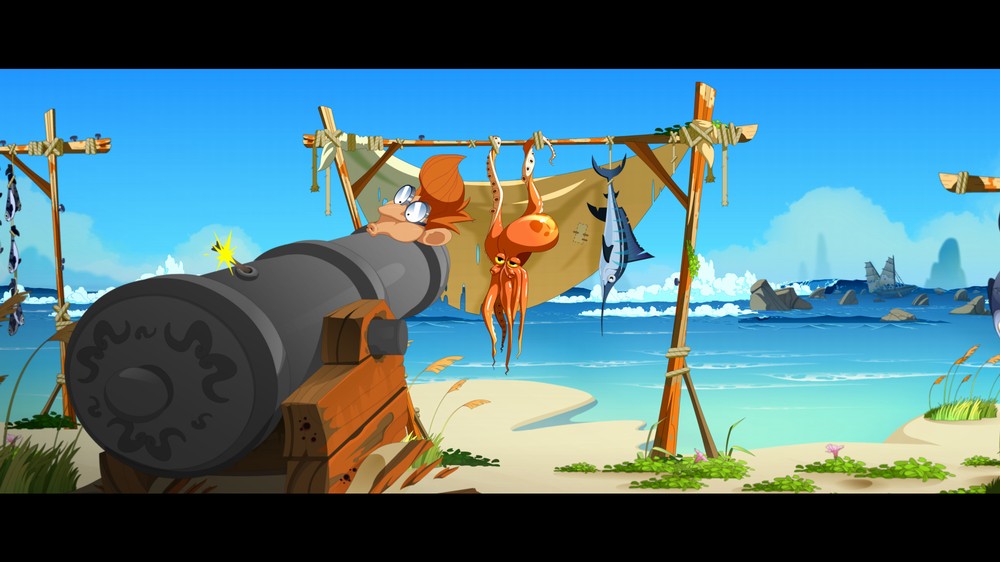 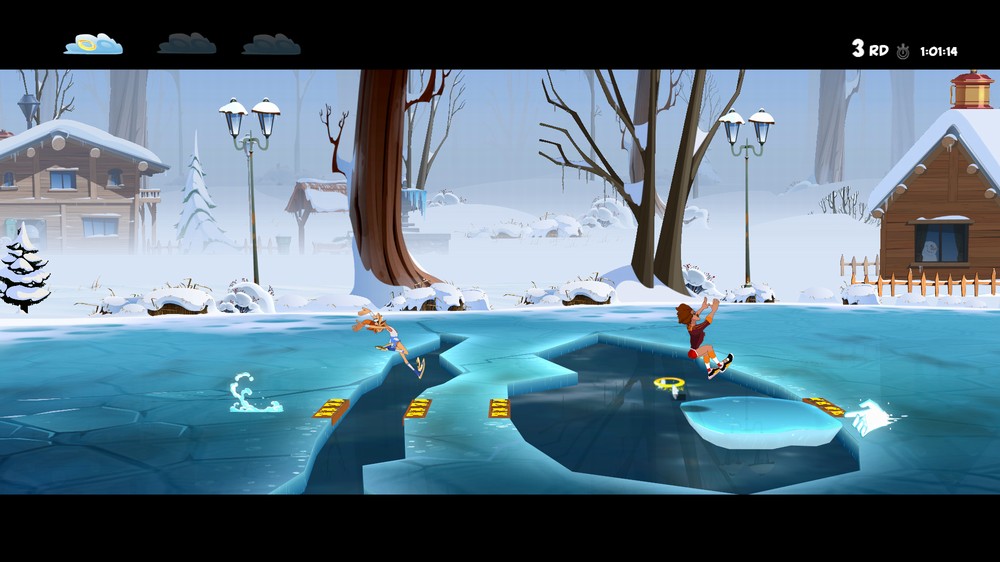