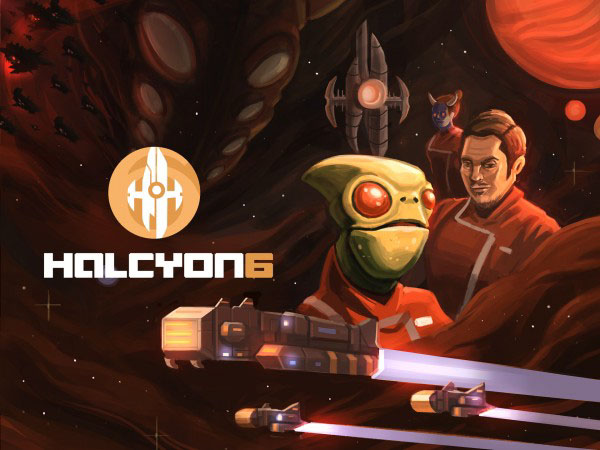 + Varied gameplay from resource management to turn-based tactical combat in both space and ground coupled with a trope-laden storyline make for a sci-fi game any fan of the genre can’t help but love.

- Typical resource management frustrations of not having the resources needed to accomplish the goals you have set for yourself. - Figuring out how to attain those resources is not immediately self-evident.

Great sci-fi game for true fans of the genre.

Halcyon 6: Starbase Commander is a game that draws from so many sci-fi genre tropes that it is hard not to immediately have a sense of familiarity while playing it. Everything from the look of the ships and crew members, to the setting, to the original soundtrack by Steve London serves to set the tone for the game from the opening moments through to the closing credits.

Everything begins when your main fleet is called away from the mysterious alien remnant starbase, Halcyon 6, back to Federation space to help defend humanity against an anomalous rift in space that opens up. The battle that ensues serves as a tutorial for the rest of the game. You command three high-level ships in a battle against a powerful force of alien ships. After completing the battle, your fleet is wiped out by a massive alien ship-thing that foreshadows the end-game boss battle. Basically, the aliens wipe out all of the Federation, leaving you as the highest ranking survivor and in charge of trying to survive the oncoming invasion of aliens, while maintaining and managing the starbase you are stationed upon, as well as controlling the fleets of ships that you will build and send out to combat the aliens, explore distant worlds for much-needed resources, and attempt to figure out your wavering relationships with other surrounding groups of aliens and pirates. 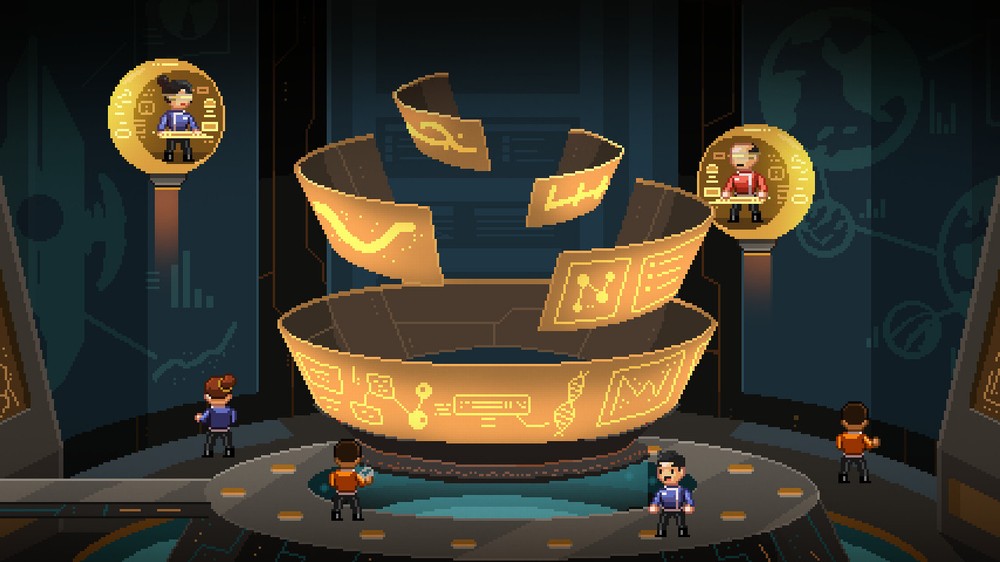 On top of all that, you will also be exploring the starbase itself and clearing out new sections in order to expand your resources. Along the way you will discover strange artifacts of the ancient race that built the base and it will be up to you how you choose to use them. One such device that I came across was a matter duplicator device that allowed me to make more materials to use in construction. But, I was approached by scientists on the station that explained that a crewman had gotten trapped inside the device. They stated that they were fairly certain they could remove him with no problem, but that they were curious to see what would happen if they tried to use the duplicator on him. I was given the choice to rescue the crewman or use the duplicator on him. I decided to go mad-scientist with it and see what happened. I ended up getting a bonus fifty crew members added to my station, but there was also the implication that the bonus may not have been without risk. I fully expect one of the copies of the crewman to, at some point, go completely insane and cause some serious problems aboard the starbase, but only time will tell.

The game has a retro look and feel to it; touting some seriously ‘90’s inspired 16-bit graphics and sound effects. There is no voice acting, but there are text-based conversations that will occur between you and various other beings that you interact with, whether they be other crew members, aliens, pirates, etc. The conversations are well-written, always seeming to leave you doubting the motives of the people you may be receiving aid from. 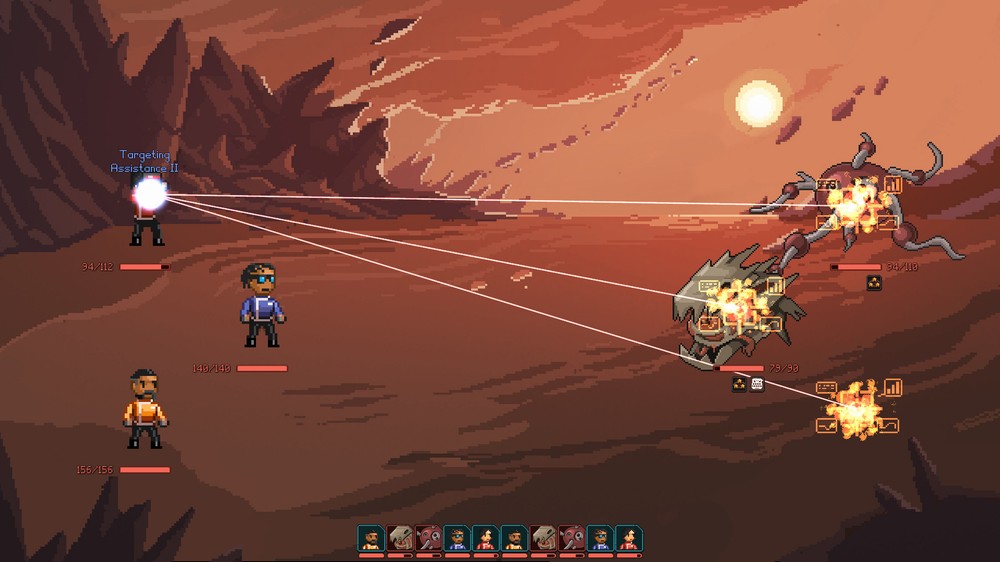 What I really appreciated about this game was the fact that it seemed to take all the best things from popular sci-fi shows like Star Trek, Babylon 5, Battlestar Galactica, and more. You don’t spend your time doing the same things over and over again. You will have missions where it will present you with options and you will have to make a choice as to how to proceed. There will be space combat. There will be away missions on planet surfaces where you will have ground combat. And over it all, you will have the starmap screen where you will control your fleets and monitor the enemy fleet movements in order to attempt to survive for as long as possible, with the ultimate goal of rebuilding human civilization from the rubble left by the interdimensional aliens that have come to destroy you.

Many games of this style, I feel, get too focused on a particular game mechanic and they end up being very repetitive and, in the end, boring. Halcyon 6, however, throws so many different things at you and so many different kinds of things, that it is really hard to get bored of it. It seems like there’s always just one more thing that you need to take care of before you move on to the next goal in the process of surviving.

After all, managing an alien starbase in the black of space while alien hordes are coming to wipe you off the map is a challenging job with plenty of things to think about, and this game seems to make you feel that responsibility very well. 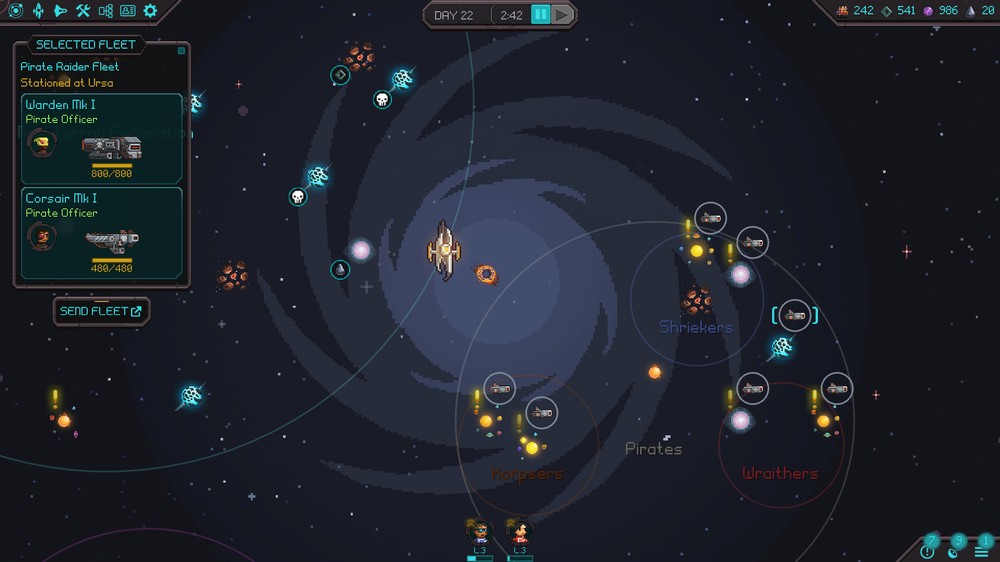 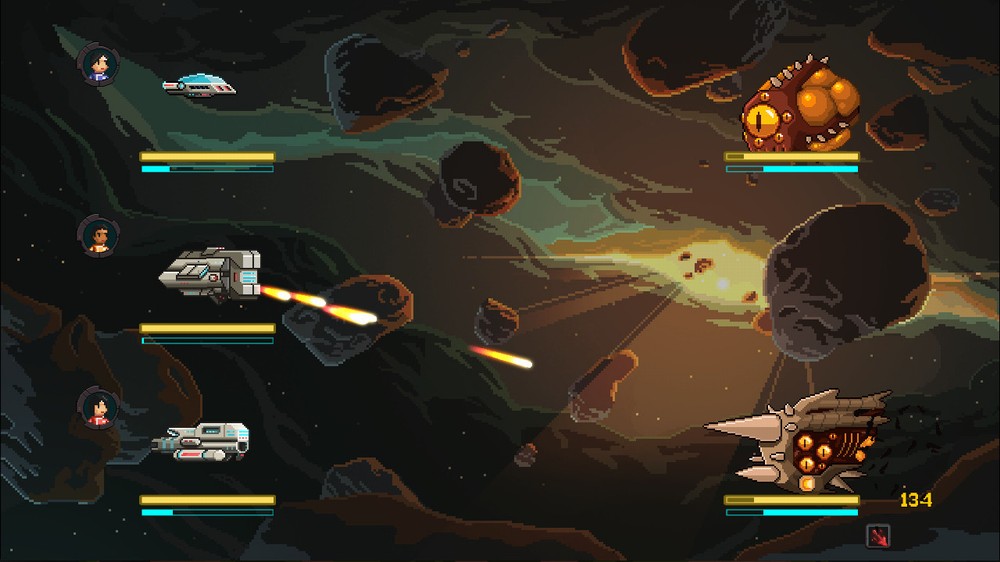 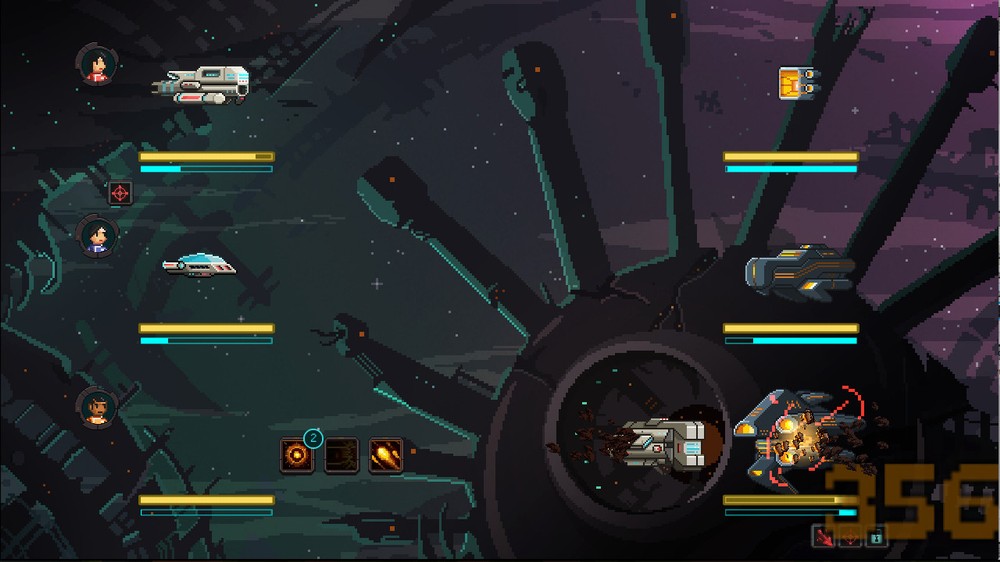 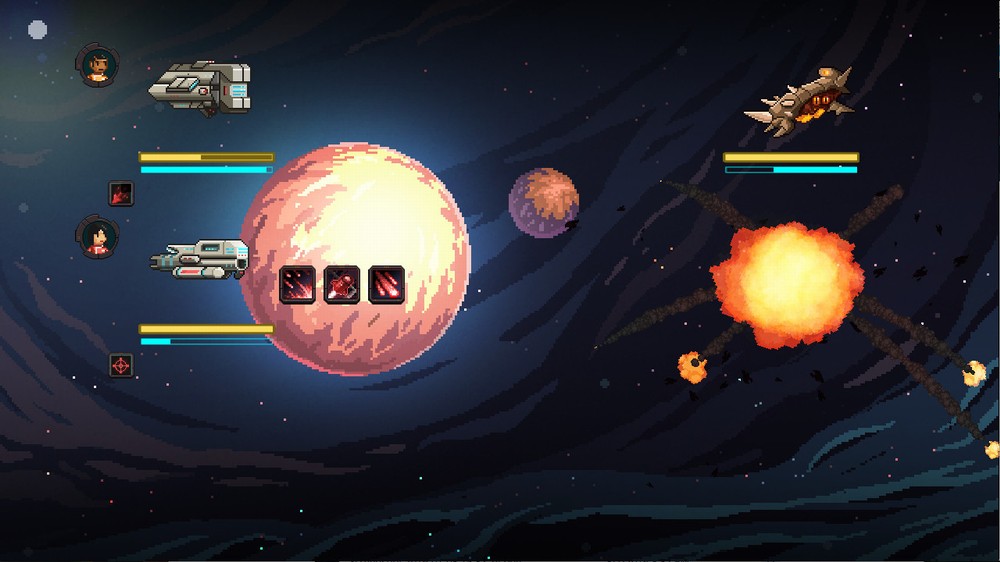 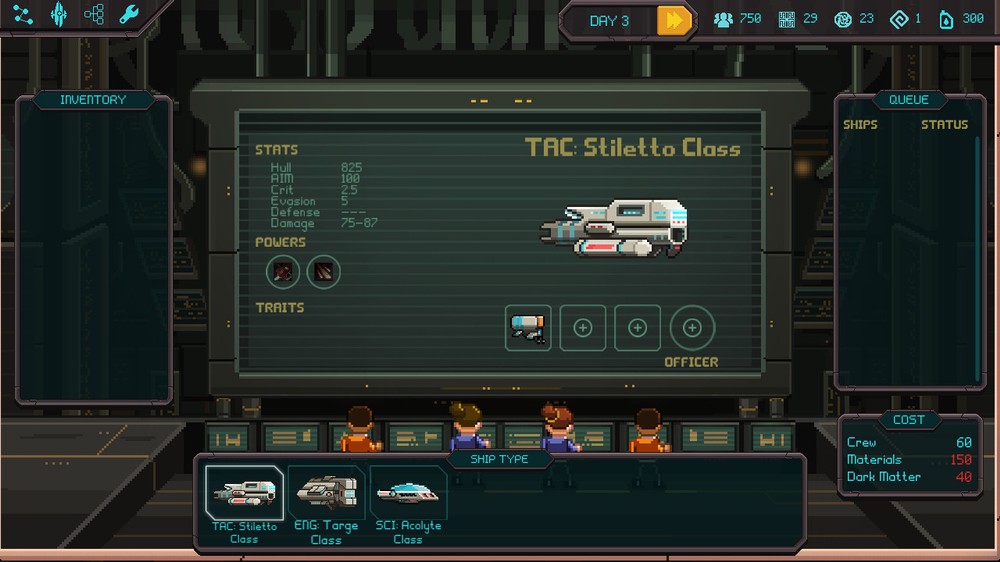 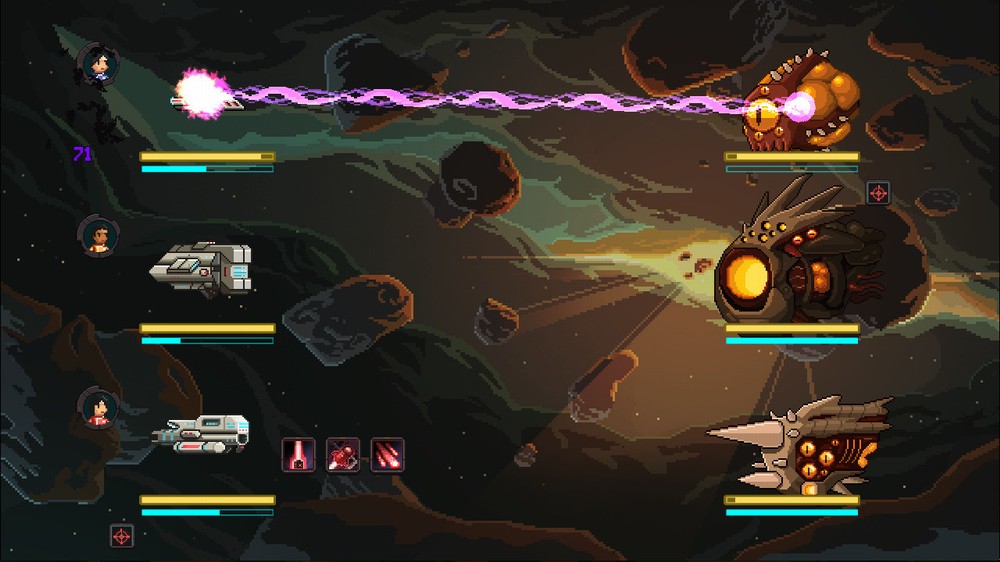 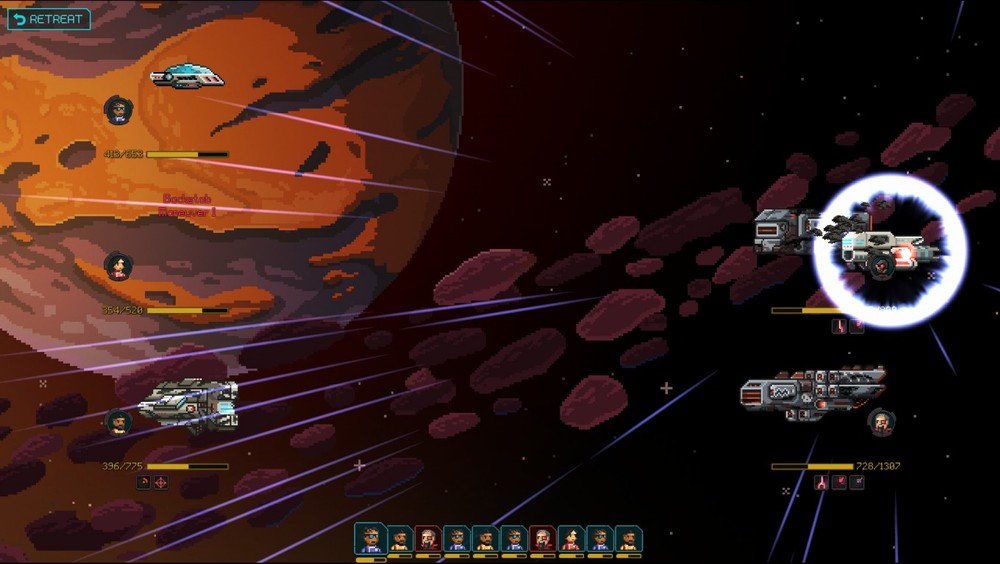