The game is a unique take on a base-building resource-management style game.

The controls are clunky and moving your ever-expanding base around the debris-field of space is a chore.

Unique idea, but at this stage a rather pointless and cumbersome game that is more frustrating than fun.

Habitat is an Early Access game that puts you in control of a space station after the fall of Earth where your job is to fly around a debris-filled Earth orbit piecing together an ever-expanding space station from the available remnants of Earth that are now, inexplicably floating in space.

Each piece has statistics that will add to the capabilities of your station to produce resources, move, fight, etc. For example, you can attach a floating subway car to your station, which will then help you produce more electricity. Or you can attach a giant T-Rex head that will then allow your ship to breathe fire. You can grab old rockets and strap them to the sides and use them to help boost you around. But, depending on where you place the rockets, it will move you accordingly.   If you fire rockets all on one side of your station, it will rotate. 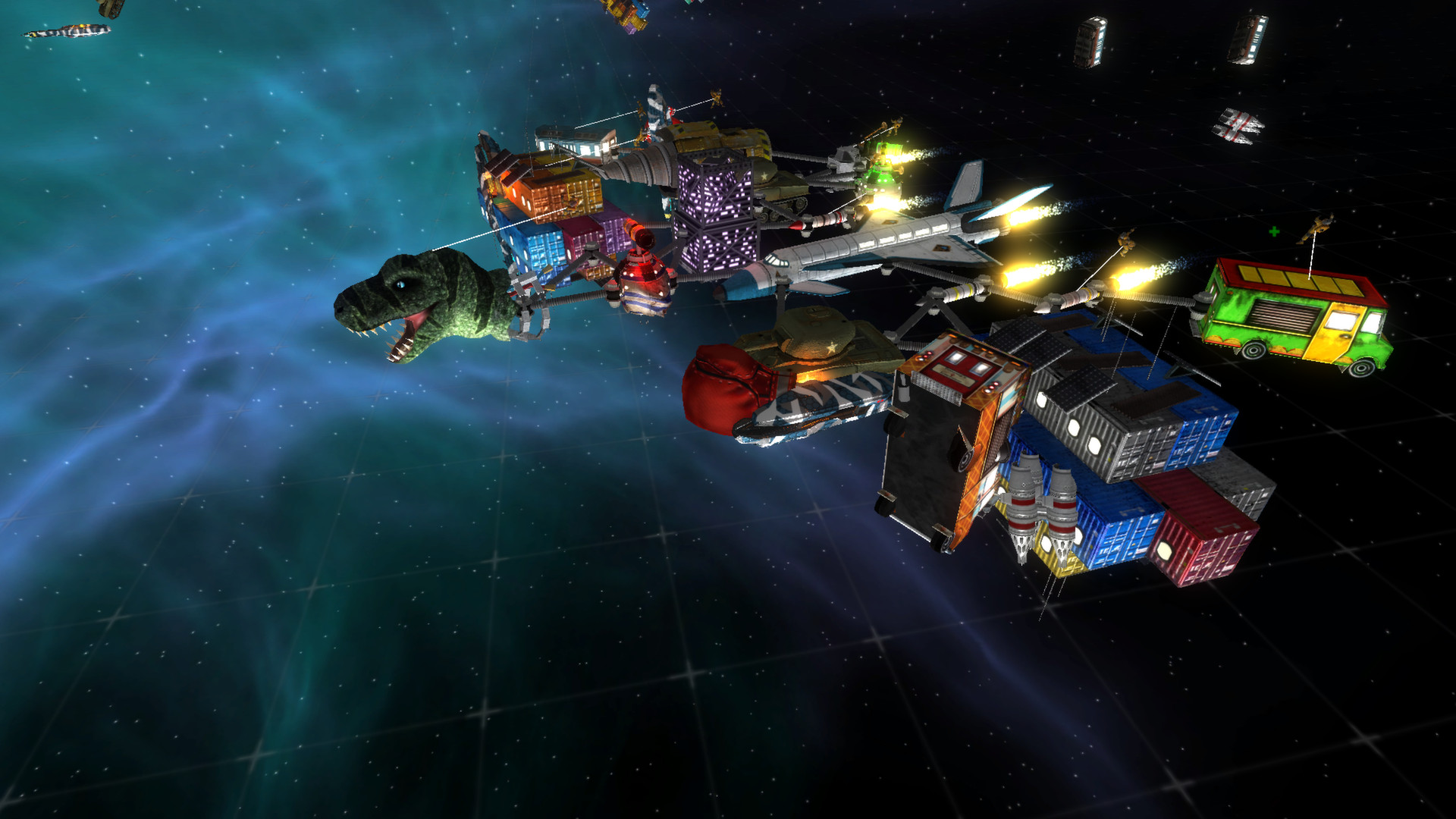 So, you need to carefully construct every part so that you can guide the station, which out of necessity, keeps getting bigger, more massive, and less simple to control, through the densely packed field of garbage, and sometimes even mines, other alien ships that have come to destroy you, or whatever else you may come across.

The game obviously doesn’t take itself too seriously, since the floating junk can range from World War II style tanks to Ferris Wheels, to burger-shaped restaurants. How they got into space in the first place, I don’t know that I understand. But, I allowed myself to suspend my disbelief for the time that I was playing the game to just kind of experience it and take it all in.

What I found was that the construction aspect of the game is sometimes frustrating because things snap together in ways that you don’t necessarily want. It allows you to adjust the way that something is going to be placed, but figuring out those controls is not very intuitive and doesn’t always end up doing what you wanted anyway. 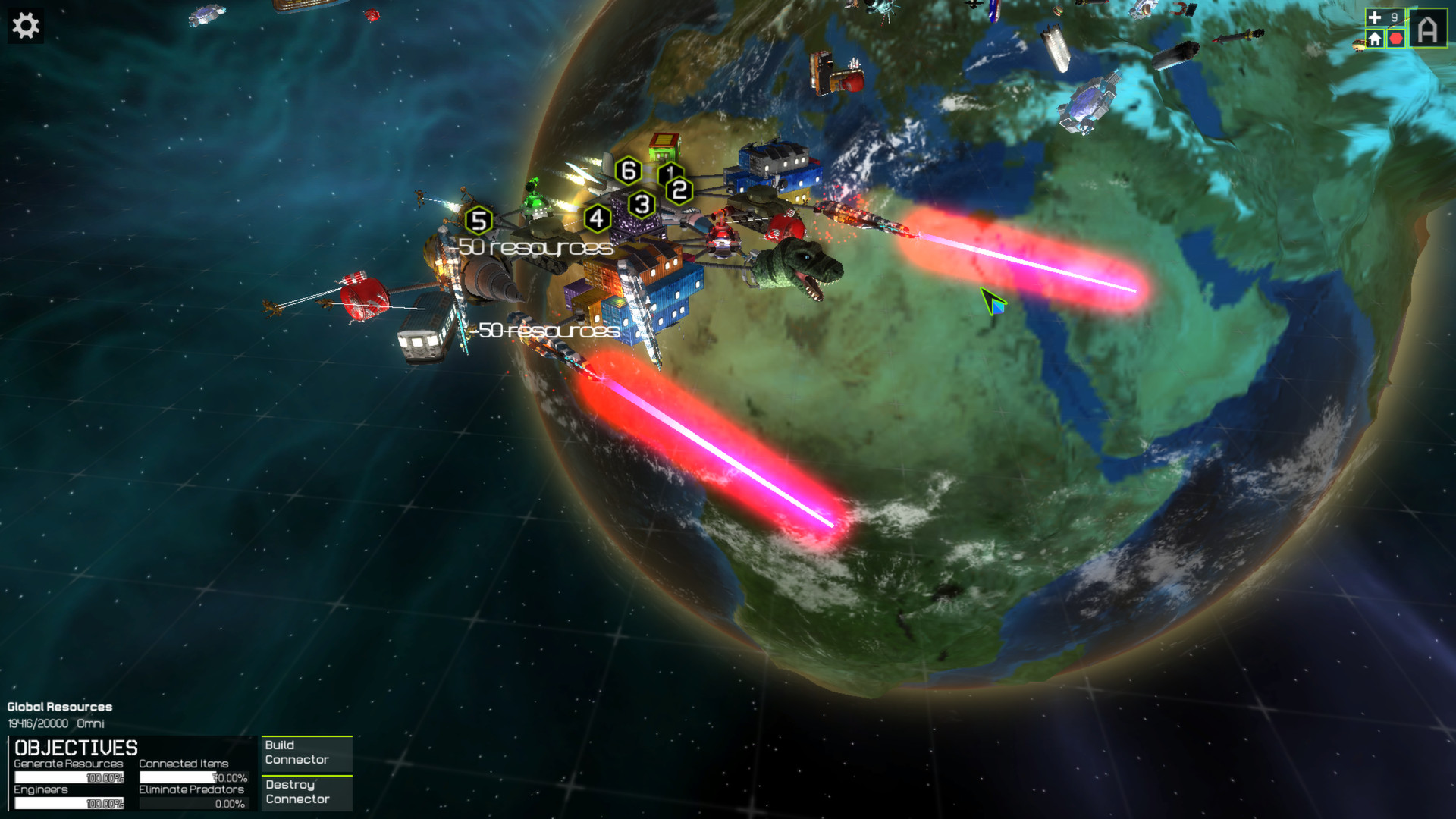 And then, as you build your bigger and bigger station, it gets increasingly hard to move around. And moving around seemed kind of pointless at this stage in development because my only goal was to destroy an alien vessel, which I had no idea where it was. I floated around for a while and ran into a minefield that I had a very difficult time maneuvering through, lost a few sections of my station, including a rocket, which made piloting it even more difficult, and then I pretty much rage-quit.

The game was a Kickstarter-funded project and there are plenty of planned features that have not yet been implemented, but at this point in development, if you weren’t an original backer who isn’t really hyped about what you see, I’d say to hold off on buying it until there are more features in place. Right now, I felt like the whole thing was kind of pointless and, honestly, not all that much fun.

There does seem to be a plan to allow players to make their own objects to attach to the stations using Steam’s workshop, which is kind of cool, but more stuff to add to your station doesn’t necessarily make the game better, so I will have to wait and see what kind of gameplay features are going to be added to see if the game will be fun enough to recommend purchasing. 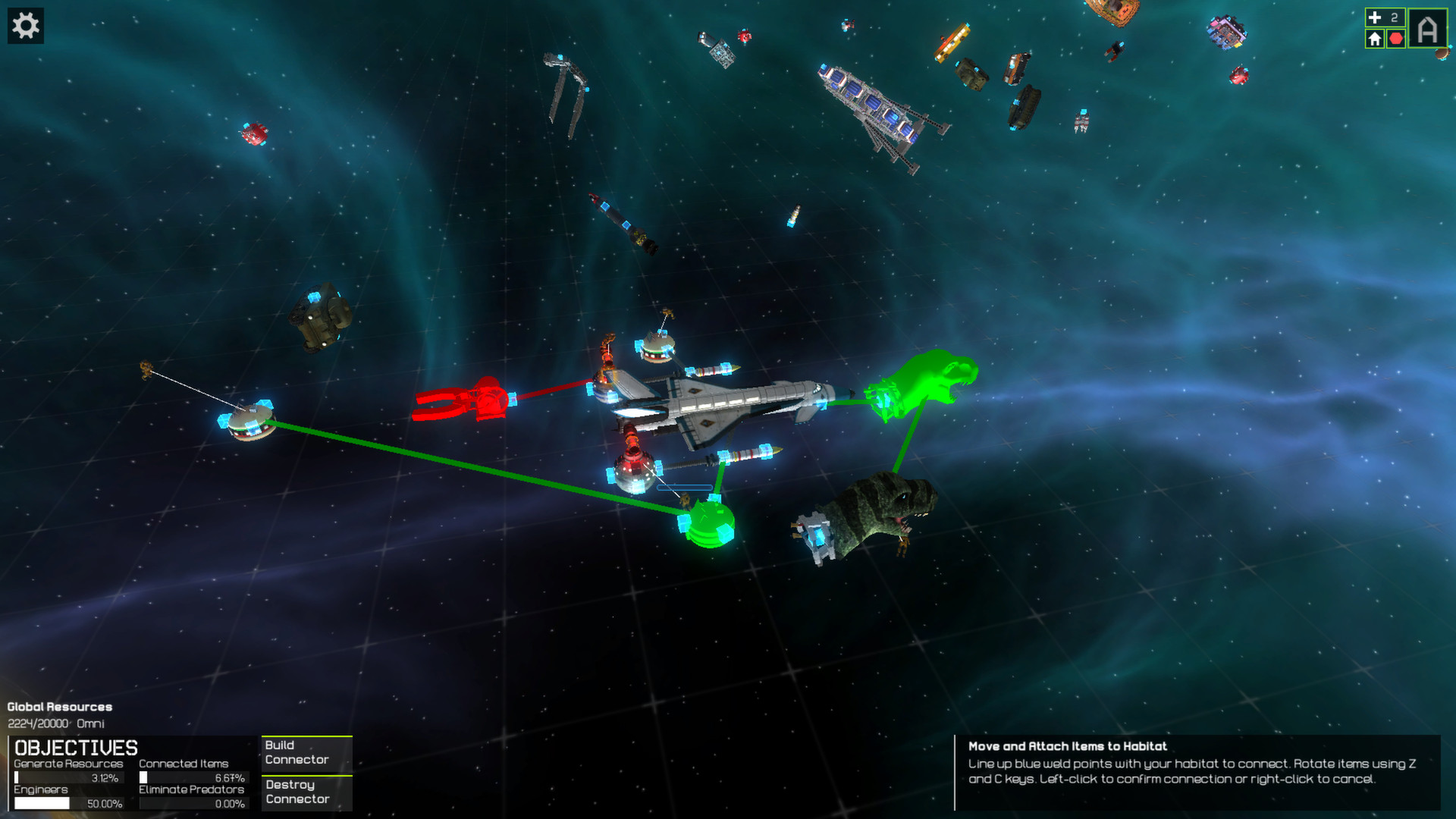 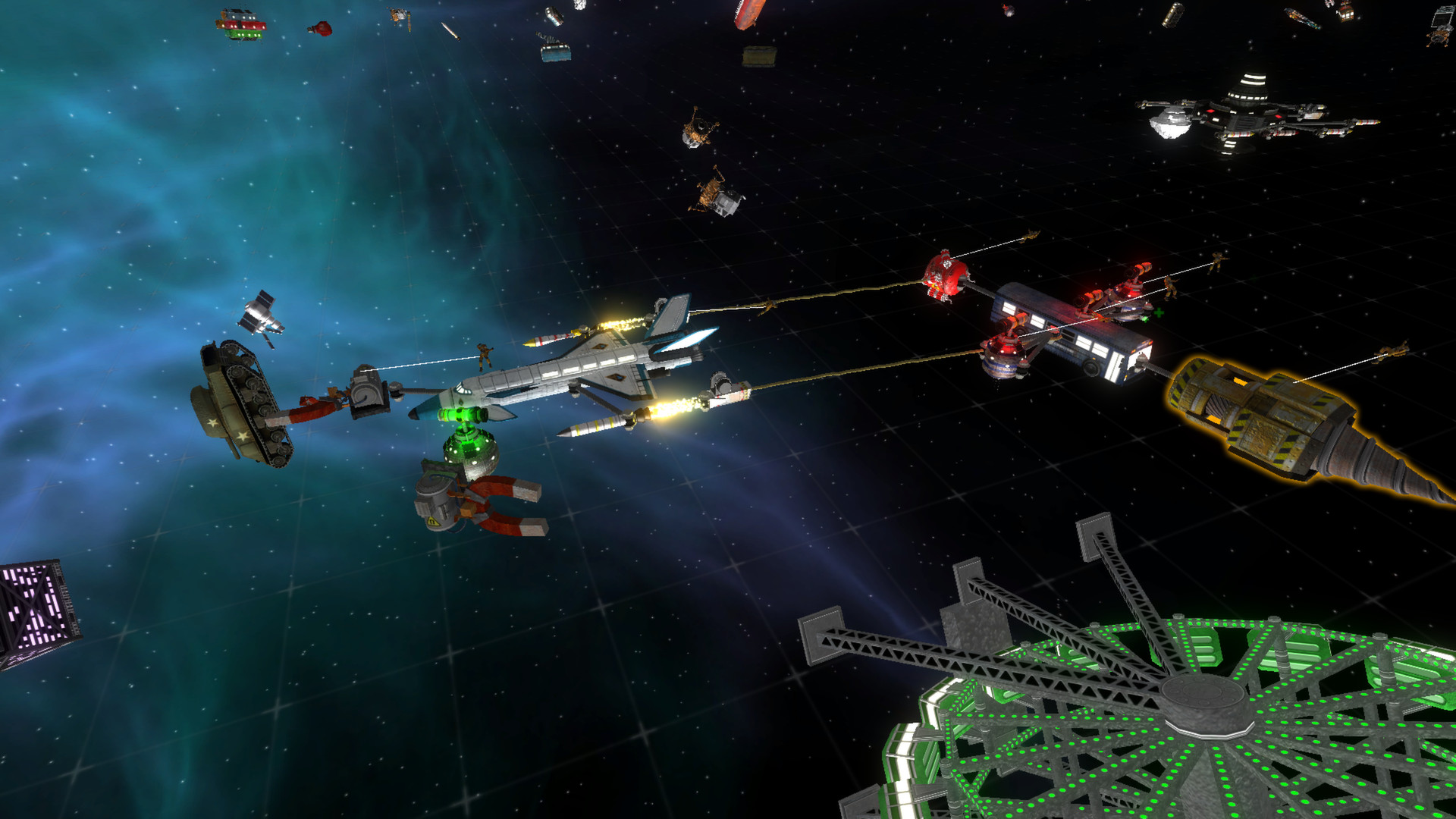 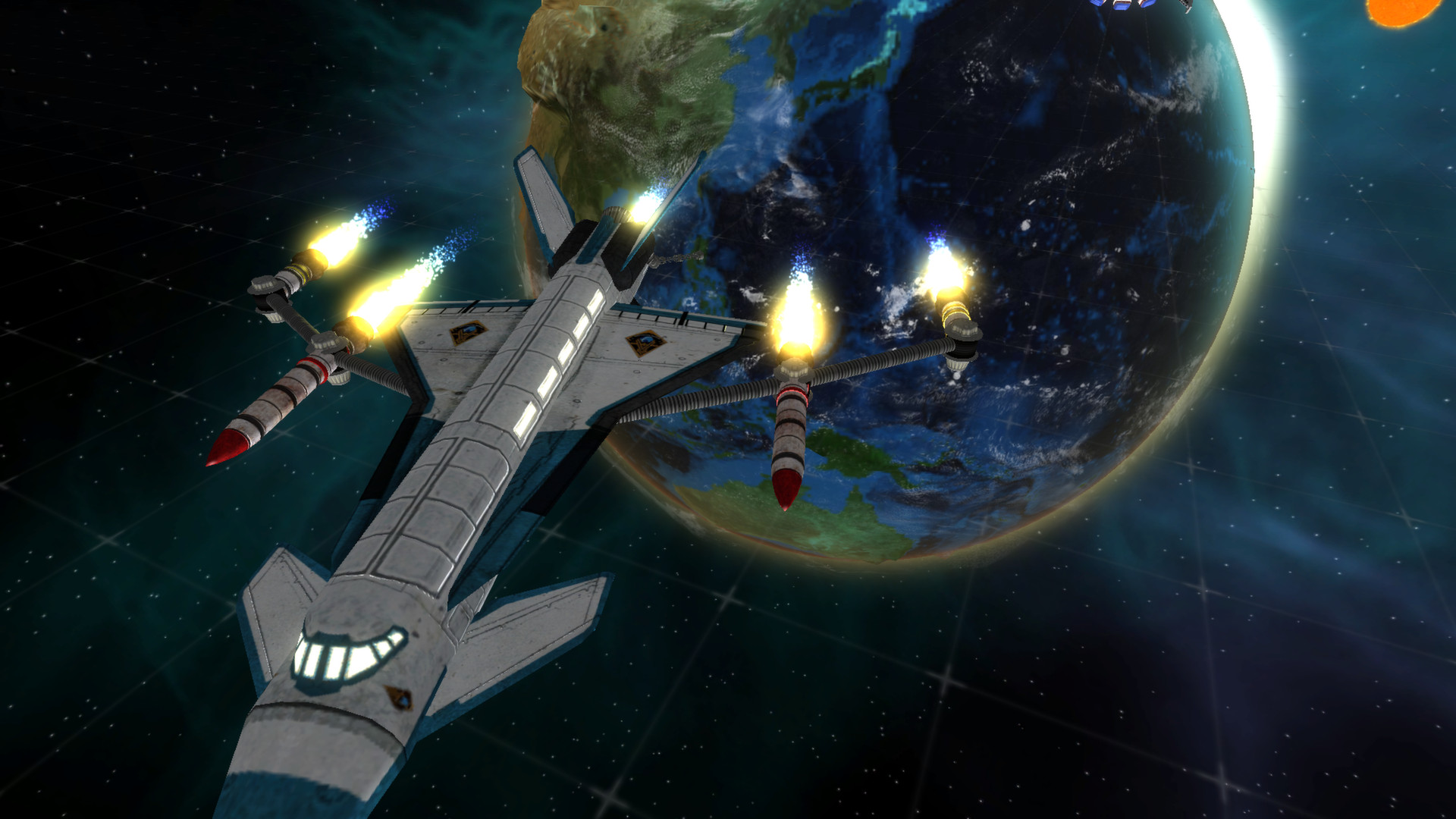