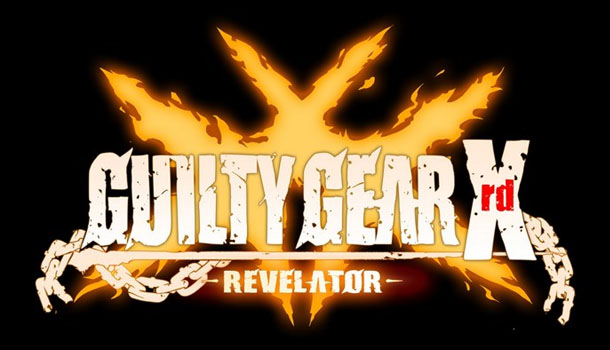 A deeply rich fighter with furious action and an aesthetic that is all but unmatched in gaming.

“What the Hell!?!” might be more applicable, because Guilty Gear Xrd – REVELATOR – (yes, it really is called everything you see there) is one of the most complex and comprehensive fighting games I have ever laid my hands on.

Granted, I haven’t played a Guilty Gear game since Guilty Gear X2 was released on the original Xbox sporting the then-ridiculously low release-MSRP of $20, considering it was one of the first fighting games to be playable via Xbox Live. That may have been over a decade ago, but even then it was obvious that the folks at Japanese studio Arc System Works were capable of creating a richly complex fighting experience that far exceeded any initial expectations resulting from the ridiculous Goth-metal-pirate-witchcraft character design. 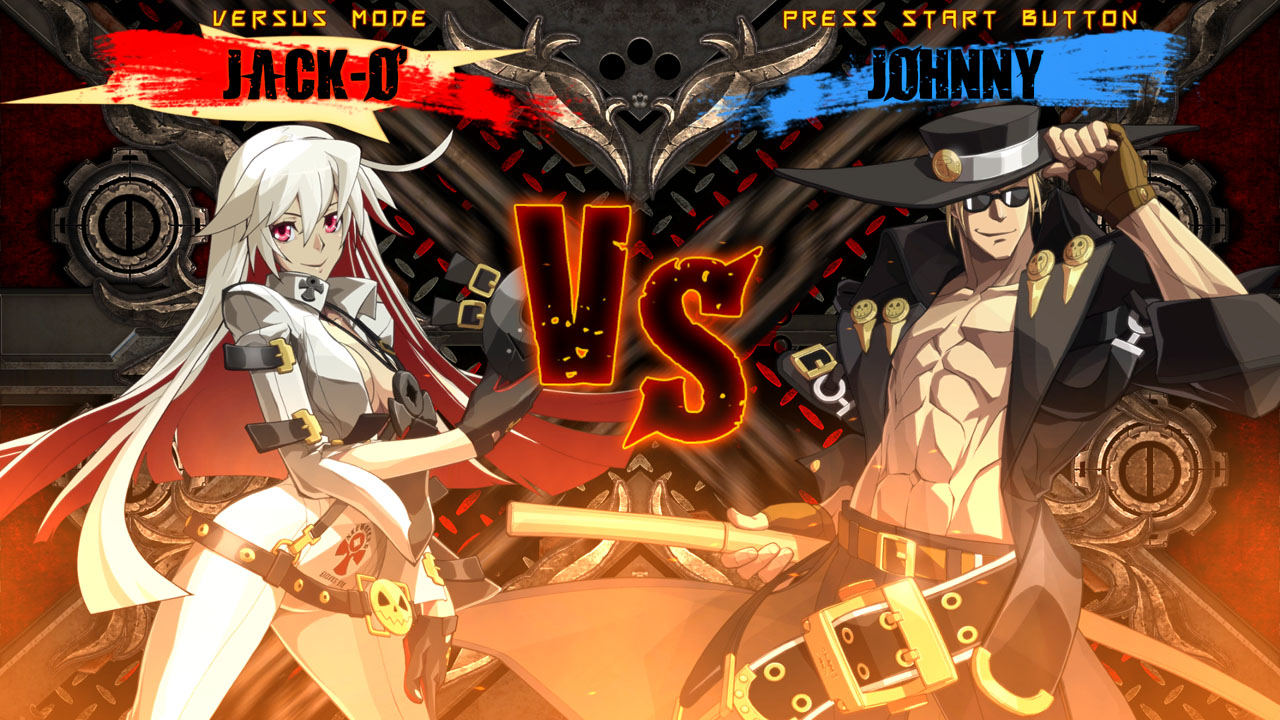 And believe me when I say that Guilty Gear Xrd – REVELATOR – is one complex game. In fact, at times it is almost too complex for newbies (or 10-year estranged, in my case) to the franchise.  Like most gamers, I figured the tutorial was a waste of time, and I sure as hell wasn’t going to use beginner controls.  After half an hour getting my fingers tangled in the standard control arcade mode, I decided to swallow my pride and use the beginner-friendly “stylish” controls, which is far more accepting of furious button mashing, and log into the extremely helpful tutorial. I strongly suggest both to all new gamers.

Typically we don’t get into the games aesthetics this early on in a review, but in the case of Guilty Gear it is almost a necessity in order to get the correct imagery in the readers’ heads. What we have are 2D sprite-like (we will get to what that means) characters that as I alluded to before are modeled after the darkest, creepiest glam metal-meets-gothic punk with a healthy dose of black magic – and black sails – thrown in to give it that extra kick. The best part is that the developers draw on popular culture for their character models; there are fighters modeled after everyone from Freddy Mercury to Freddy Krueger.  The developers have indicated that between the packaged and free (for early adopters) DLC characters, there will ultimately be a roster of 23 characters from which to choose. 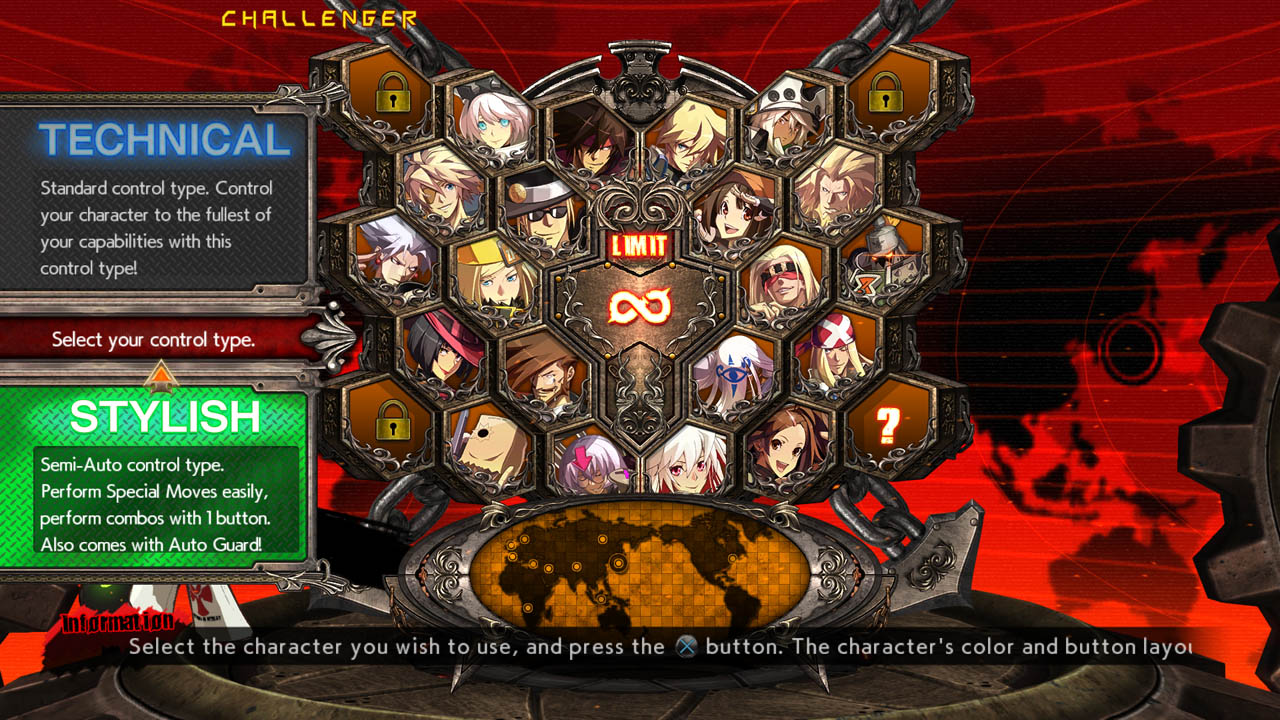 Each of these eclectic characters comes with their own unique attacks, special powers, weapons, spirit animals, minions, you name it…Guilty Gear is a veritable mashup of every wacky aspect of Japanese popular culture wrapped up in one incredibly intense fighting game. Weapons range from the standard swords (or “seals”), daggers, canes, parasols, and fans to the unique like guitars and uh…giant cigarette lighters.  Hell, there are even characters with a propensity for sadomasochism who actually gain strength from being beaten down…I am not kidding folks, Guilty Gear Xrd – REVELATOR – runs the gamut of weird.  But it is fantastic.

The gameplay sports a stylish 2D presentation that actually has been rendered in full and glorious 3D using the Unreal Engine. The result is a motif that is decidedly cel-shaded, hinting that the characters are made of still-frame sprites like we would have seen in the 1990’s, yet a fluidity that proves the continuity in the animation.  Excellent use of the Unreal Engine’s lighting gives the characters and backgrounds tangibility and depth that really make for one astounding visual package not unlike other recent classic fighters Marvel vs. Capcom and Street Fighter Ex. 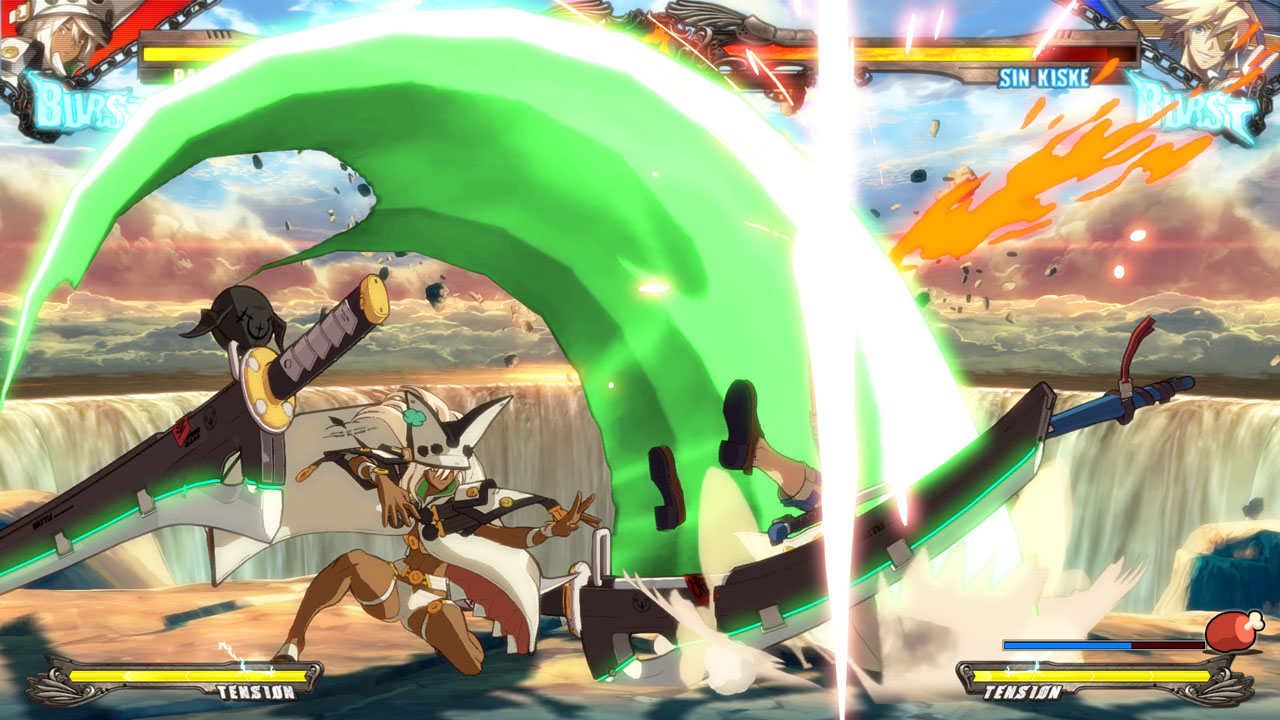 As someone who has only played Guilty Gear a half dozen times over the past decade, I cannot even begin to account for the amazing depth to each character’s backstory. However, a quick scan of the Guilty Gear Wiki pages will prove that every single one has been thoughtfully realized by the developer.

Guilty Gear Xrd – REVELATOR – features a handful of gameplay (and non-gameplay for that matter) modes; from the requisite Arcade and Online battle modes, to the rather involved and lengthy (and nonplayable) two-plus hour story mode. The game also provides gamers the option to go fishing – yes fishing – to collect upgrades and add-ons, and an online lobby system that hints at the defunct PlayStation Home where players’ avatars interact.

And yes, you read that correctly. Guilty Gear Xrd – REVELATOR – includes a two hour non-interactive story mode…completely in subtitled Japanese telling the backstory leading up to the events of the game, in animation rivaling (even bettering) much of the anime you would find on CruchyRoll.   M.O.M. (Medals of Millionaires) mode is more like the traditional fighting game story mode, in which players battle a succession of foes in order to obtain all of the medals from their fallen foes. 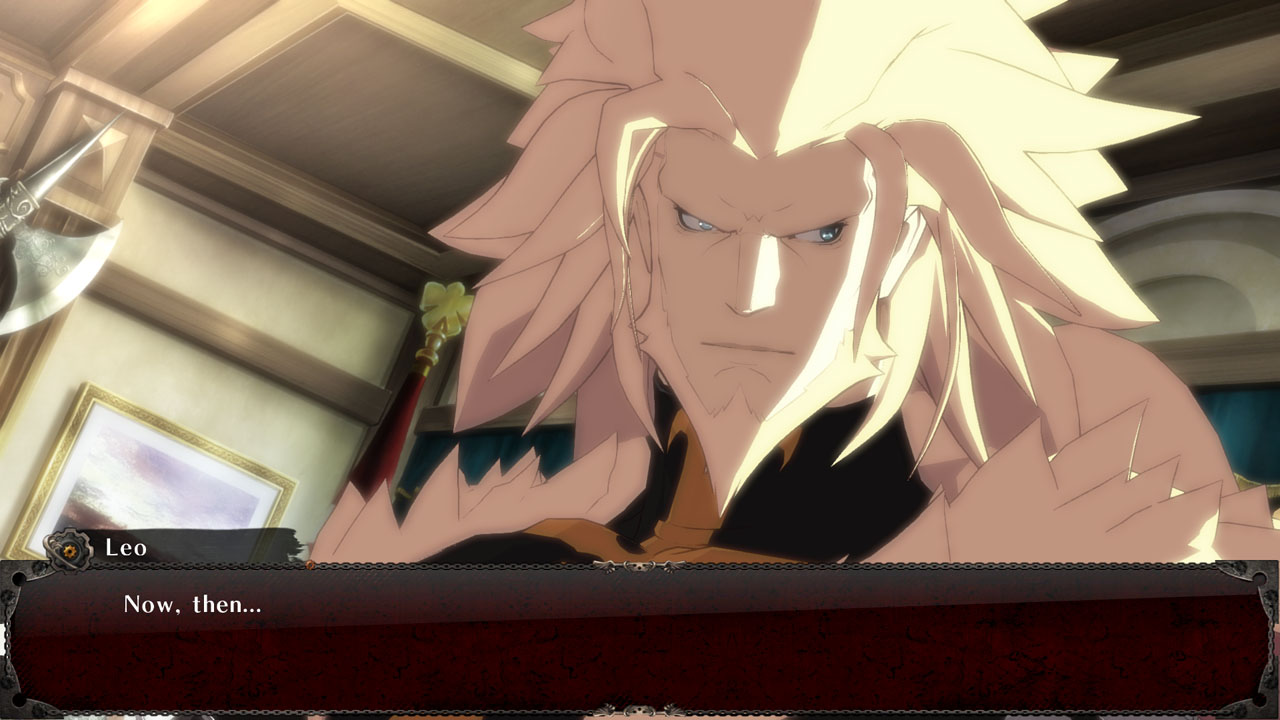 While I discussed the excellent visual quality – the game is a bit lacking in the audio department. While I understand the genre’s propensity to remain true to the cultural roots of the game, the in-game music ranges from “kinda cool” to “this is horrible” manufactured J-metal.  All you have to do is realize that this soundtrack comes from the same folks that brought BabyMetal to our shores and you should understand.  If you like BabyMetal, more power to you, but this fluff is just that.

And while the Japanese dialog was left intact, I am certainly not one to set the controller aside to read two hours of subtitles when all I want to do is kick some ass in the Arcade mode. Had there been English voiceovers I might have made it through the story without snoozing.

In all, Guilty Gear Xrd – REVELATOR – is a deeply rich fighter with furious action and an aesthetic that is all but unmatched in gaming. While the overwhelming backstory and complex controls might scare some gamers away, the inclusion of the beginner-friendly Stylish control mode and an excellent tutorial definitely makes things more enjoyable. 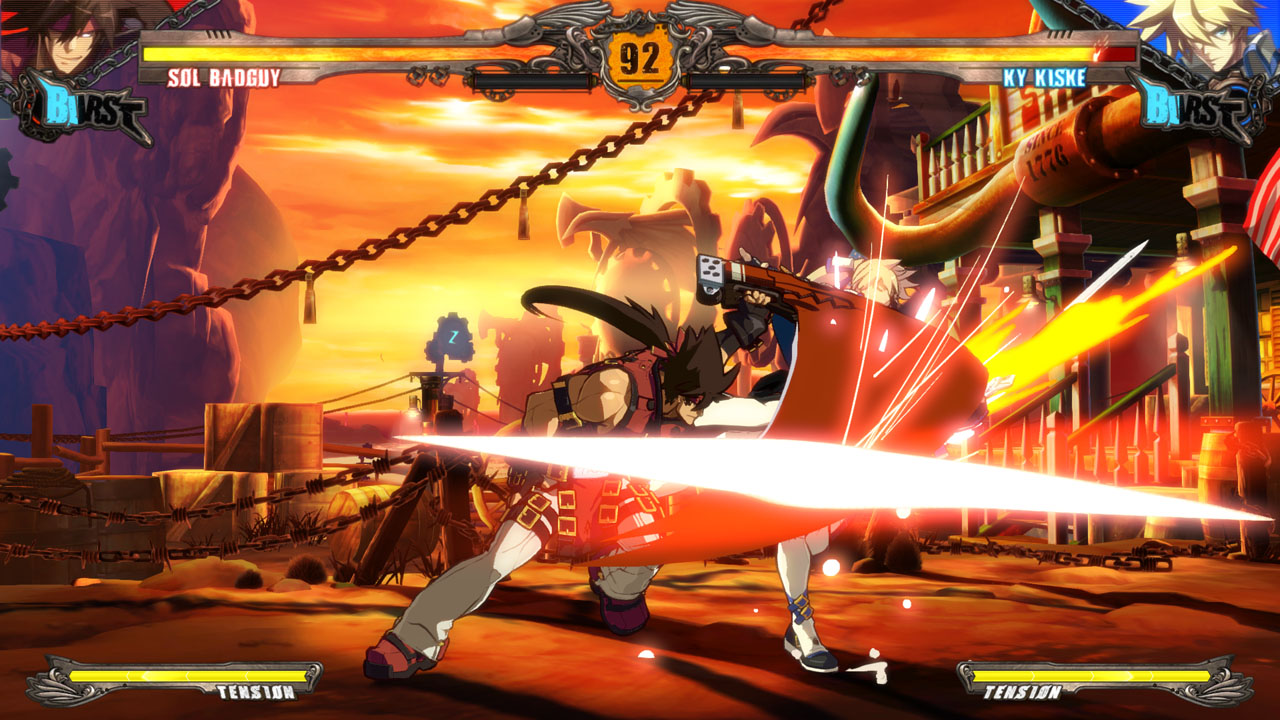 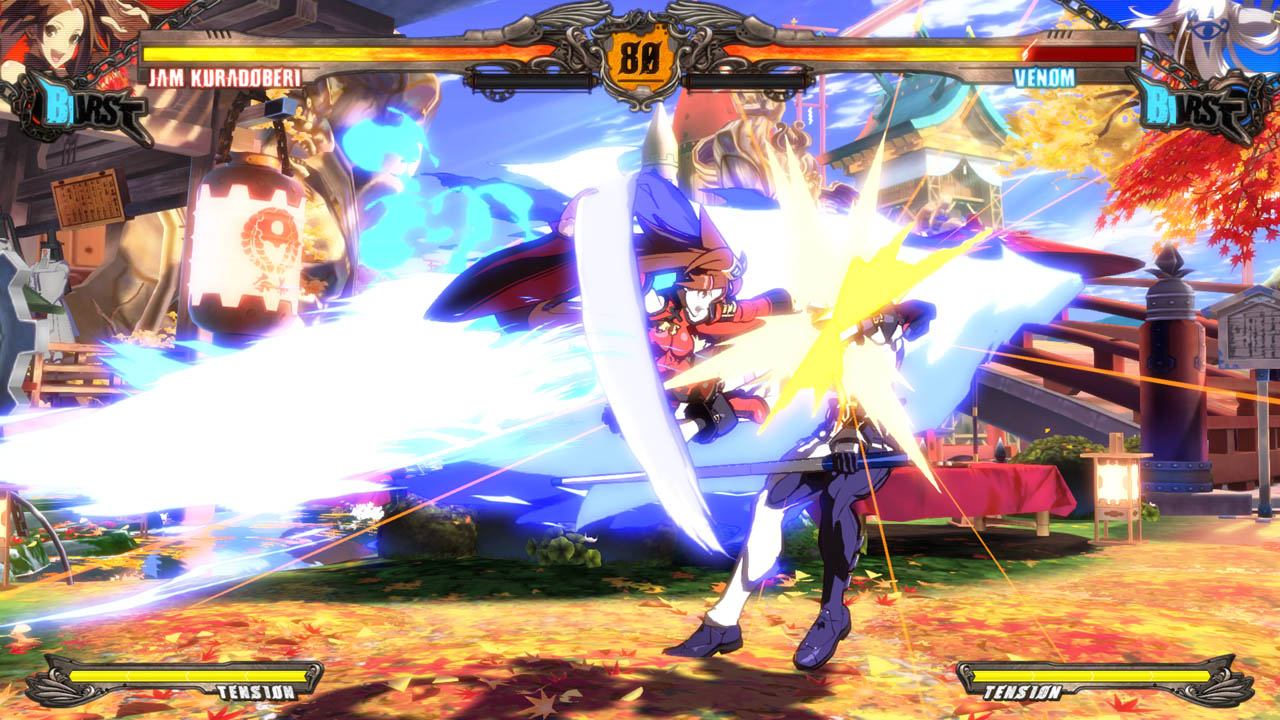 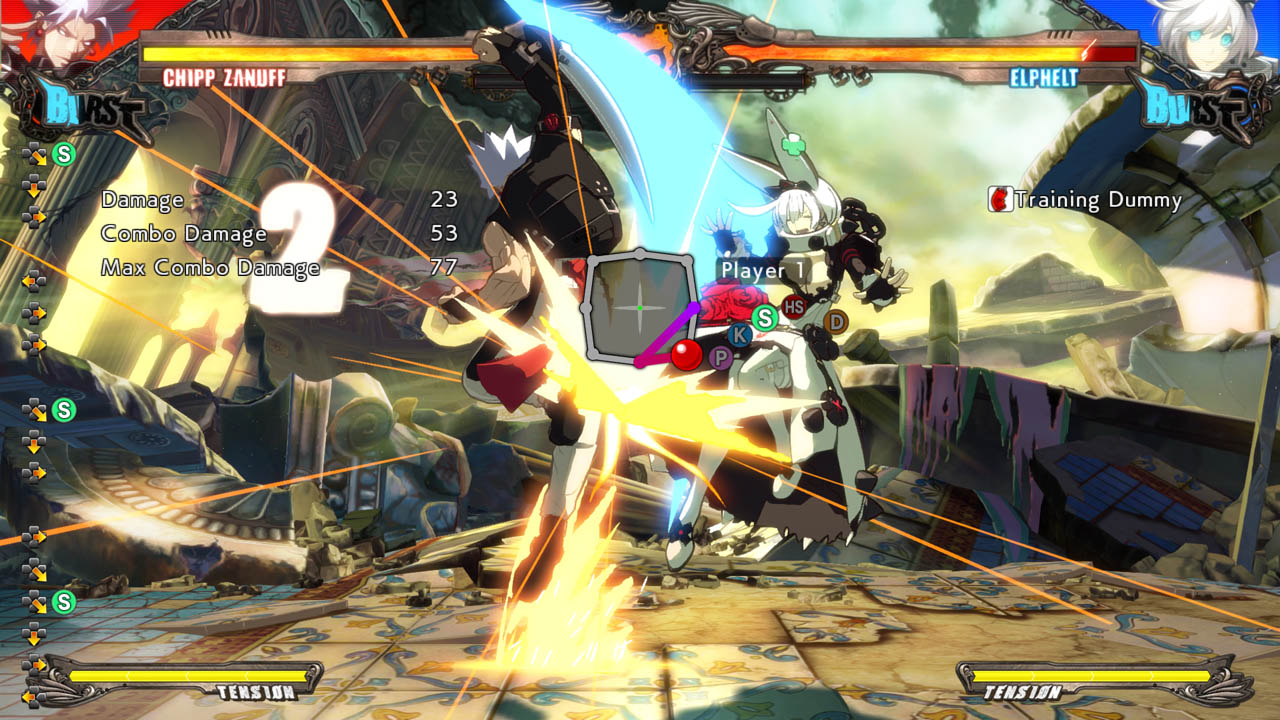 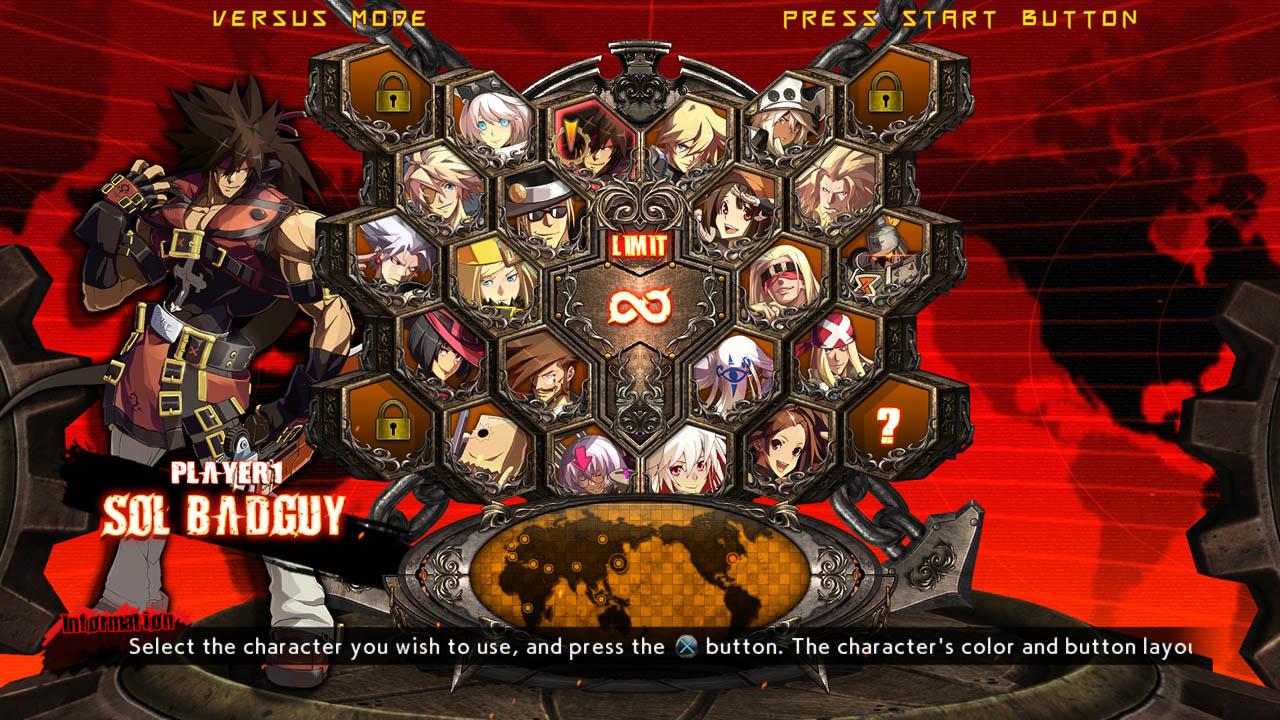