SIZZLIN'
TOP 10
1
1138
The Walking Dead: Saints & Sinners Review – Oculus Quest
2
984
Synth Riders Celebrates Anniversary with a Month Full of Treats and an Oculus Ques...
3
984
Worm Jazz Review – PC
4
984
Metamorphosis is 33% Off on Steam!
5
983
Werewolf: The Apocalypse – Heart of the Forest launches on October the 13th
6
983
Take to the Skies and Choose a Side in the New Trailer for Next Generation Air Com...
7
983
CRASH BANDICOOT 4: IT’S ABOUT TIME IS AVAILABLE NOW
8
983
Frictional Games Shows Off First Gameplay Footage of Amnesia: Rebirth
9
983
Join the Galaxy’s Finest as Star Wars™: Squadrons Soars Into Homes Today
10
983
The Falconeer First-Look Preview – PC
Video Games
707 views 1 like 0 comments
Posted January 2, 2013 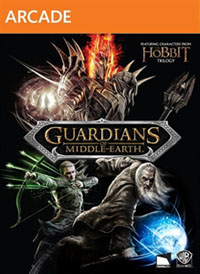 A failure for both MOBA and Lord of the Rings fans.

Guardians of Middle-earth marks the debut of a true MOBA (massive online battle arenas) title on the Xbox 360. The genre flourishes on the PC with noted titles like League of Legends and DOTA 2, so it was only a matter of time before somebody tried to corner the console market. Sadly, if Guardians is any indication of what we can expect, the genre can stay on the PC. Not even ample and respectful use of the Lord of the Rings license can save a game that is so clearly broken and continues to have issues even weeks after its launch.

Thanks to ongoing and frequent server issues (not good of an online game), this title has likely sabotaged itself before it even had a chance. I delayed my review for nearly three weeks while I waited and hoped that these issues would resolve themselves, but even as we enter this new year I still find myself have the same issues of lag and dropped players. 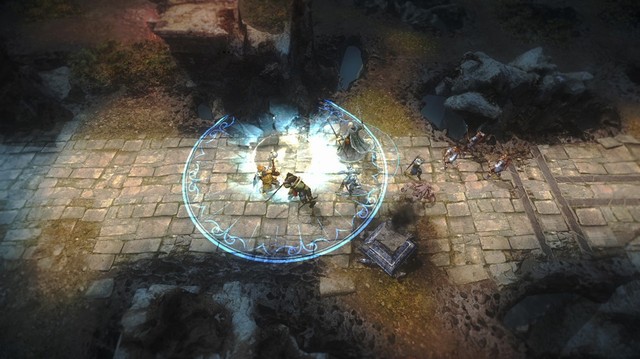 Despite its questionable infrastructure, Guardians is a fairly competent game design, especially for those looking to get their feet wet before diving into the more substantial PC MOBAs. The controls are surprisingly intuitive with easy access to commands and smooth analog movement and aiming. Another great move was the elimination of the item store; something that usually provides a major stumbling block in other MOBAs, only to be replaced with a vast selection of loadout options that may end up being just as confusing thanks to the rather poor tutorial that assumes you are already coming into this game with a thorough knowledge of the genre.

I had my doubts the controller was going to be able to replace the accuracy and speed of a mouse and keyboard, but these concerns were squashed before the end of the opening level. Even the interface does an admirable job of keeping you informed without detracting from the battlefield graphics. The only issue I had was the size of my mini-map that often made it hard to find my teammates, although since no one seems to want to chat in this game, it’s not that much of an issue. 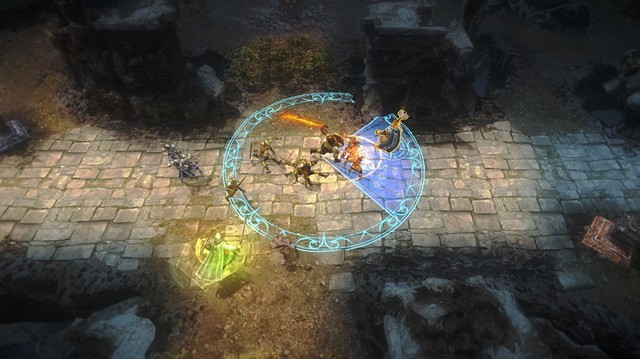 MOBAs are traditionally about team play, so the fact that no one is chatting or working as a team detracts from the experience significantly. Most of my games matched me up with people who were fresh from the tutorial and knew little more than before they installed the game. Everyone ran around doing their own thing more often than not, resulting in our entire team losing. Additionally, the game provides no immediate or ongoing incentive to work together other than the hope of just winning the match. Some sort of tactical bonus or XP reward system for functional teamwork would have added greatly to the design. Instead, you just earn coins that can be spent on loadout items between games.

For a game that is primarily online, Guardians of Middle-earth suffers from inexplicable and unforgivable server issues that begin the moment you try to start a game. Even a month past launch it can still take 2-4 minutes to launch a game depending on how many human players you want. All-human matches can take up to 15-20 minutes to launch. I’m assuming some of this is due to a limited player community, and those who did get the game early on have likely given up on it already. And once your game begins you can expect at least one or two people getting dropped and replaced with AI. I have a fantastic Internet connection, and I was getting dropped from a third of my games, then it was back to the lobby for another 2-4 minute (or longer) wait to try again. No wonder no one is playing this game anymore…assuming they ever did. 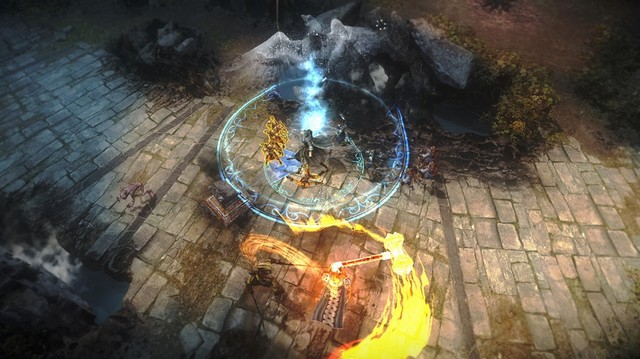 It’s a shame really because there is great use of the Lord of the Rings license here with great characters, classes, locations, and settings, but if you can’t play the game you’ll never get to see or experience it. There are 20 guardians available with the core game and all sorts of DLC characters, although it seems most players have their favorites and stick with them. Matches are designed with console mentality; 20-minute timers and level-cap of 14 that keeps things moving along nicely.

The presentation ranges from acceptable to above-average. The graphics are fine…even good in places, but they lack any real variety and it all starts to feel like more of the same assuming you stick with it long enough. Some of the special effects and interface graphics are very nice and the sound effects and music are really well done. Overall, I kept having this feeling this game was at one time headed for a full retail release then they just kicked it over to the XBLA to get it out in time for the movie hype.

If The Hobbit has you craving some adventures in Middle-earth then you are probably better off checking out LEGO Lord of the Rings. You’ll have all the fun without the frustration. I had high hopes for Guardians of Middle-earth, both as a Lord of the Rings franchise entry and an introduction to MOBA on consoles. Sadly, it failed on both counts. 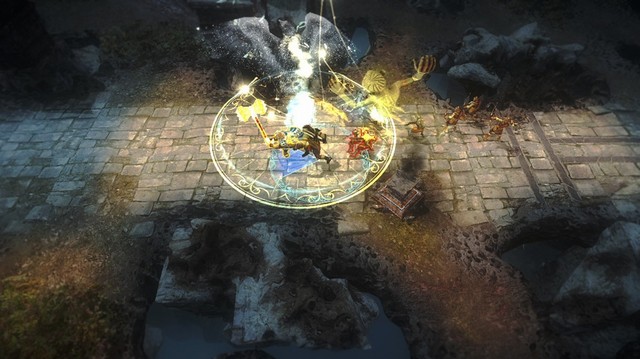 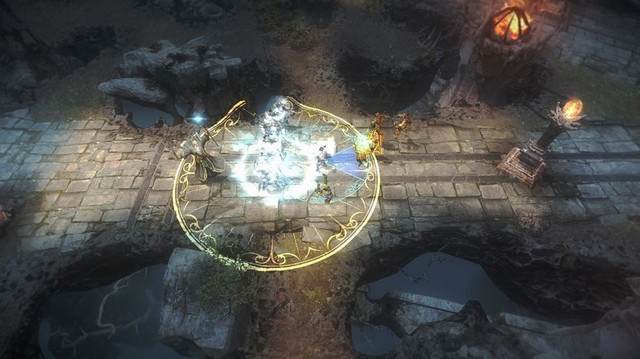 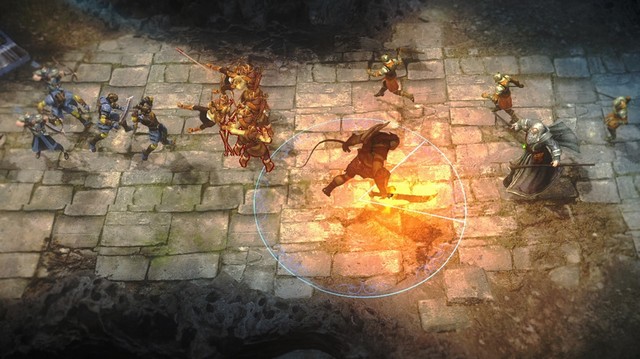 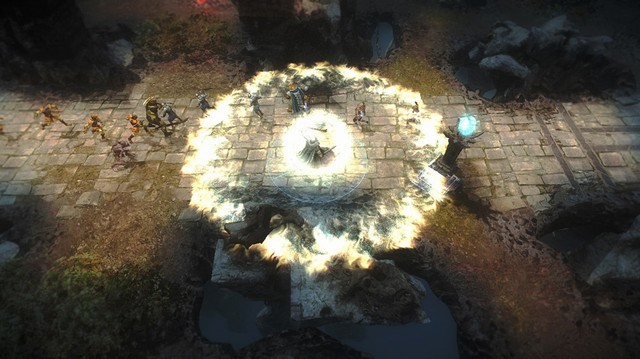 1
1138
The Walking Dead: Saints & Sinners Review – Oculus Quest
2
984
Synth Riders Celebrates Anniversary with a Month Full of Treats and an Oculus Ques...
3
984
Worm Jazz Review – PC
4
984
Metamorphosis is 33% Off on Steam!
5
983
Werewolf: The Apocalypse – Heart of the Forest launches on October the 13th
6
983
Take to the Skies and Choose a Side in the New Trailer for Next Generation Air Com...
7
983
CRASH BANDICOOT 4: IT’S ABOUT TIME IS AVAILABLE NOW
8
983
Frictional Games Shows Off First Gameplay Footage of Amnesia: Rebirth
9
983
Join the Galaxy’s Finest as Star Wars™: Squadrons Soars Into Homes Today
10
983
The Falconeer First-Look Preview – PC
All Original Content on Game Chronicles is Copyright (c) 2002-2020
Sinjin Solves Walkthroughs Copyright (c) 1996-2020 by Mark Smith