You know what was an amazing idea? Lord of the Rings. You know what genre is becoming the next big hit in gaming? MOBAs. So of course it makes sense to make a Lord of the Rings themed MOBA right? Monolith Productions released Guardians of Middle-Earth originally on Xbox 360 last December with reasonable success by attempting to replicate such big hits as Defense of the Ancients (DOTA) and League of Legends (LoL), albeit on a console instead of the more traditional PC platform. Those two games are some of the biggest and most popular in the PC gaming world and are an obvious choice to try and make something as successful on consoles.

Unfortunately, as is usually the case, when trying to make such a complex system that is based on PC and ported to Xbox some features such as an item store, skill shot abilities, abilities where you have to aim your own spells and attacks instead of just point and click, were removed and replaced with mostly AOE damage spells, and “items” called relics being attained simply by leveling up with combat experience. From the games I played I noticed that “magic” based characters such as Gandalf, and Saruman were by far the most powerful with simply clicking with their spells and watching their enemies drop.

Before a game starts you chose the “relic” you want to begin with; relics have different effects such as increased damage with specific skills, healing over time increased, defensive stats being boosted and so forth. Relics could further be improved with the purchase of gems, which you unlock as the game progresses. As per standard MOBA style there are three lanes you may choose from; one top, middle and bottom. In-between these lanes is the “jungle” which hosts plenty of neutral monsters that either team can take down and gain benefits such as increased gold and increased damage. 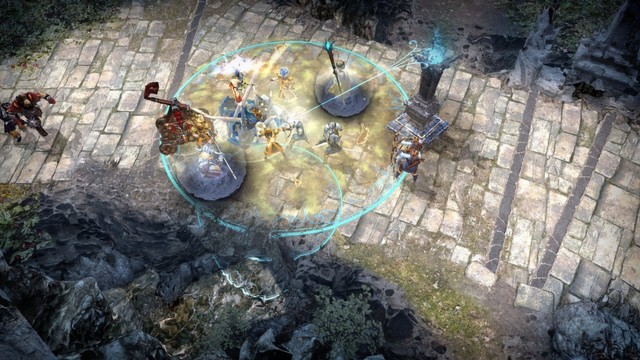 Each lane has towers at certain intervals that push back enemy minions and attacks enemy champions that get too close to them without minion protection and defends you if they decide to attack your champion under its range. Aside from being around to protect your lanes they can be upgraded with increased fire rate, higher defense and increased damage, something that isn’t normal in a MOBA game at all and kind of a nice touch to try and spice things up a little.

With a total of 36 characters to choose from it can be said that it’s a decent size pool for a game originally made on Xbox 360, not so considering the price that Warner Bros. is trying to tack for each DLC package of 5 champions, skins and gold that is used for relic enhancements and such at 14.99 apiece. Technically it’s a nice price compared to what you pay for in games such as DOTA and LoL but it would have been a lot better to just give us all the characters at once and not try to nickel and dime us after the initial purchase. 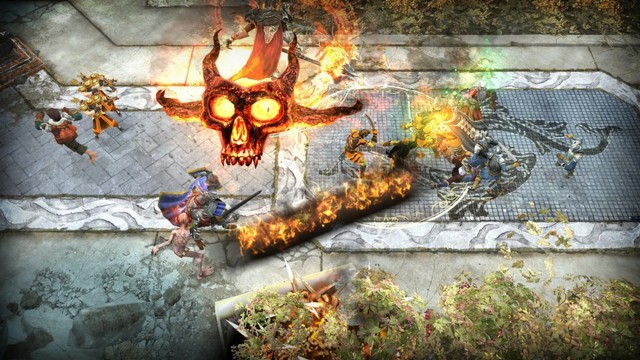 Being an Xbox to PC port there are some flaws that had to be addressed; the biggest one being the unreliability of the mouse when moving the camera and trying to aim some abilities. A few times my mouse could move in every direction except down which made me lose vision of my own character and the enemy players a few times. It looks pretty good on PC as well but minions are kind of bland overall when compared to other games. The fact that basic attacks have a cleave effect when attacking minions made it incredibly easy to clear them out as well. I’m not exactly calling that a flaw but I don’t see it as a good feature either, as it makes for too fast of gameplay considering the lack of gold for a store.

All in all Guardians of Middle-Earth is a decent game for entry level MOBA players but nothing to be taken in a competitive way or to try and spend more money on after the initial purchase. If I had never played a MOBA before I would have never even noticed these differences, but unfortunately, I have been playing them for years now and tacking on Lord of the Ring characters isn’t quite enough to sway me. 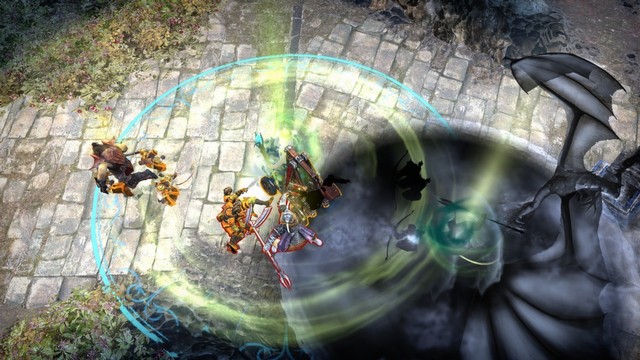 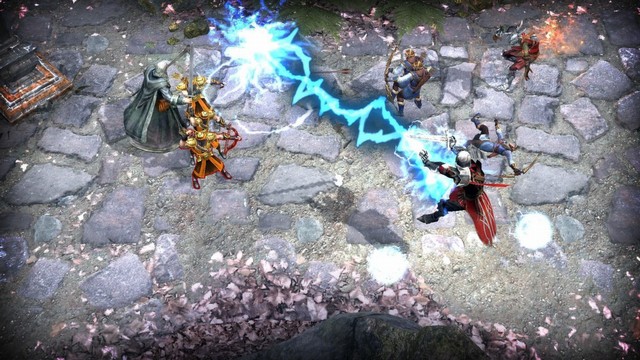 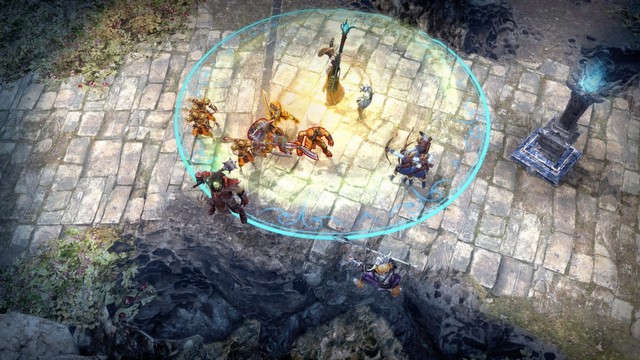