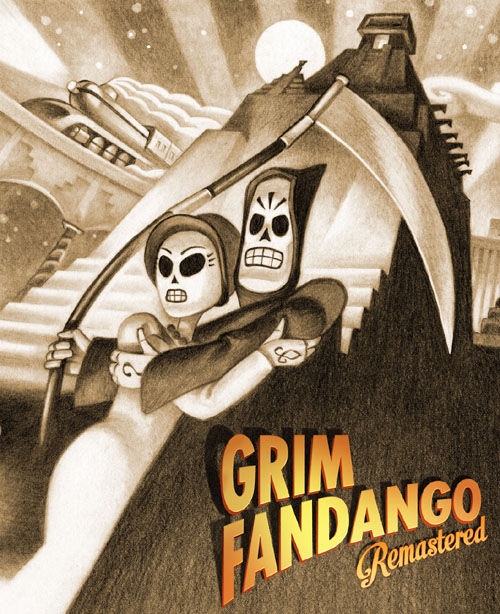 If you’re a fan of the original release or want to experience an example of great storytelling then check out this classic.

In the world of gaming there is a sea of mediocre to decent titles that we gamers see every day. But every once in a while there is that game that just makes you sit up and take notice. Sometime it takes a while for that game to become noticed often transcending into cult status. Then there are games like 1998’s Grim Fandango from LucasArts and legendary creator Tim Schafer which was universally acclaimed by critics right away despite lacking sales. Before the decline of the adventure genre as I knew it then, Grim Fandango was and still is one of the greatest adventure games ever made.

I’ll be perfectly honest I loved Grim Fandango the first time around so when I found out that Schafer’s own Double Fine Productions was bringing back the neo-noir dark comedy I jumped at the chance to once again assume the role of travel package selling Grim Reaper Manuel ”Manny” Calavera with the release of Grim Fandango Remastered for the PlayStation 4 and Vita. Grim Fandango Remastered is a cross-buy title so this review will cover aspects of both versions especially as it also has cross-save support for gamers on the go.

The beautifully crafted story of Grim Fandango Remastered follows Manuel “Manny” Calavera who is stuck in the Eighth Underworld working as a Grim Reaper for the Department of Death (or D.O.D.) selling travel packages to recently departed souls who must make the journey to the Ninth Underworld. The good clients that live an exceptionally good life and qualify for a ticket on the Number Nine train are always just out of Manny’s bony fingered reach. Having been on the top now working out of a supply closet of an office Manny steals a client, Mercedes ”Meche” Colomar, from his competition and uncovers corruption in the D.O.D along the way in an effort to speed updating off his debt. 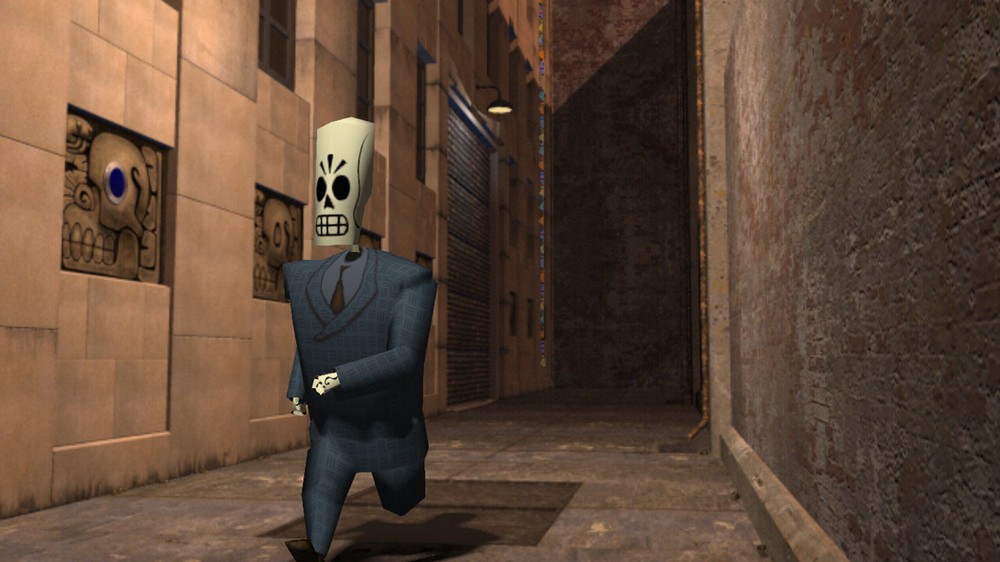 Manny then plans to track down Meche who after getting stiffed out of her ticket on the Number Nine after a life of selflessly helping others with a little help from the underground Lost Souls Alliance (LSA) and his speed demon(literally) driver Glottis. You will spend the next four years, the standard time it takes a soul to make the perilous journey to the Ninth Underworld on foot, on an incredible journey through the Land of the Dead on the last day of the Day of the Dead in each of the four acts.

Grim Fandango when it first released had a unique style with its skeletal calaca inspired 3D character models but it also had even more interesting interaction system. Most of the adventure titles of the time used the tried and true point and click method to move around and interact with objects but Grim Fandango had you moving Manny around static pre-rendered backdrops comprised from 3D models with the use of a keyboard, or if you had one at the time a joystick or gamepad. I didn’t so I used the game’s tank controls which by today’s standards is rough. In Grim Fandango Remastered, you get a more modern analog scheme though for those wanting a bit for nostalgia and because Tim demands it you can opt for the tank controls.

Instead of searching the entire screen with the mouse to find something to interact with, Manny’s head will turn to look when there is something that can be interacted with on his own which was really cool at the time and led the way eventually for how modern adventure titles progressed. The Vita version offers another option for interaction with the world by allowing you to use the touchscreen in a more tap and select capacity. No matter how you do it Grim Fandango Remastered offer plenty of option for new and old fans of the game alike. 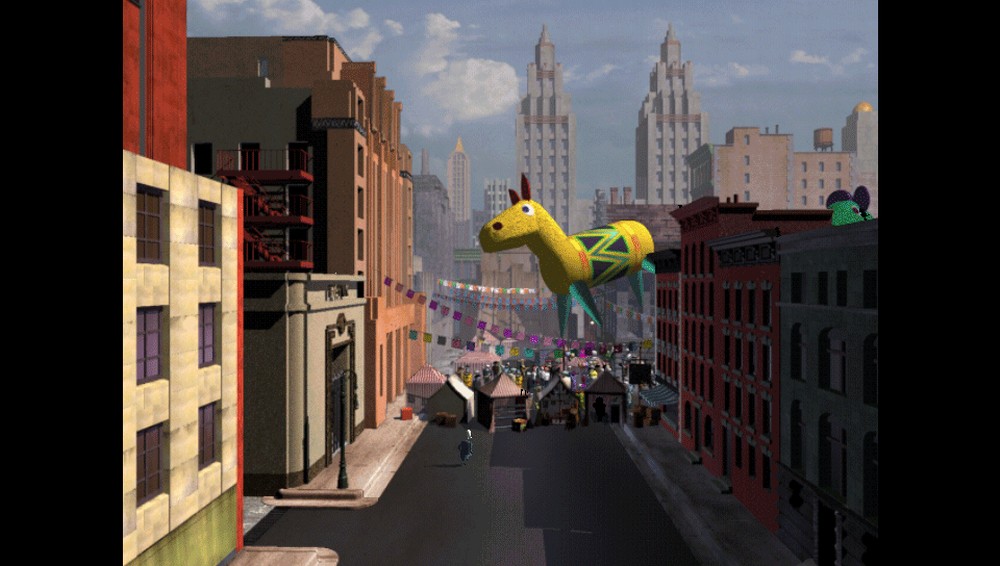 One thing that hasn’t changed at all is though is the puzzles which will probably cause more than a few cases of confusion and trips to the internet to figure out even some of Grim Fandango Remastered’s earlier puzzles. Even having beaten this game before years ago I fell into some of the same trial and error situations that I did the first time around but the game should be experienced with minimal aid if possible as its often more rewarding that way.

Grim Fandango Remastered’s puzzles may not have changed at all but the game has received a graphical upgrade with the help of fans that made the more accessible and visually appealing especially in the area of interactive items and the character models. The updated materials received smoothed out edges and brightened colors which look really good but I can’t help but notice that they don’t always blend real well with the unchanged backdrops. Grim Fandango Remastered’s infusion of Mexican culture and a noir style setting make this game’s visuals unmistakable even today.

Players can switch back and forth between the original and remastered presentation at the press of a button. The new dynamic lighting definitely adds depth to the game like never before though in the remastered version so I opted to choose this version over the original. The no matter if you play in on the Vita or the PlayStation 4 you can choose to play Grim Fandango Remastered in native 4:3 screen ratio without borders or opt to play it in a 16:9 widescreen presentation. This mode unfortunately stretches the game’s visuals too much to be appealing to me especially having played the original. 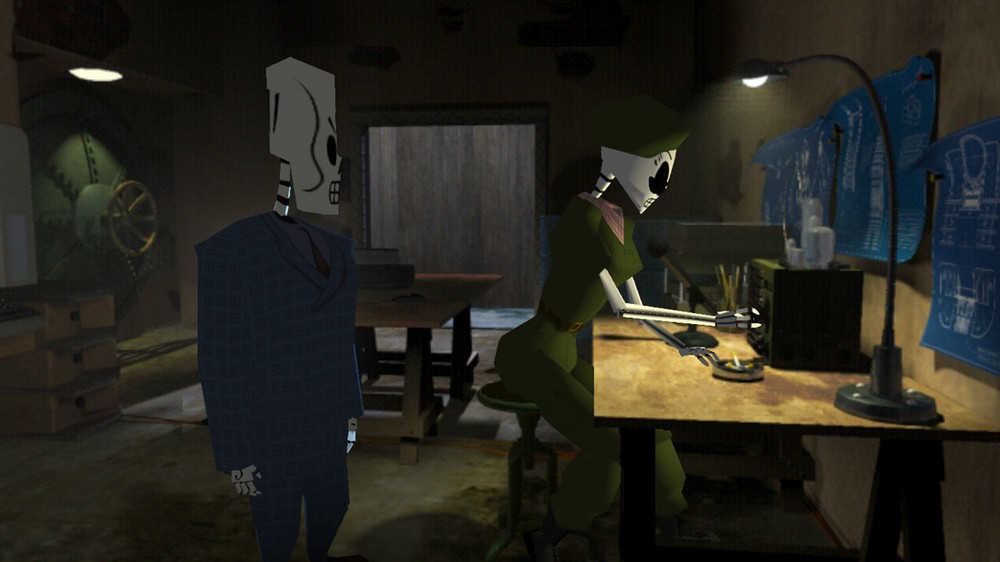 Tim Schafer and his company made other altercations to the game for the remastered edition including a re-orchestrated score which is just as good as the original while keeping the same feel and vibe. Easily one of my favorite parts of the original and the remastered version is the timeless score by Peter McConnell featuring elements of traditional Mexican, bebop, swing, jazz and big bang music. It’s got such a smooth and yet energetic at times flavor that really brings life to the world of the dead. Very few games have this caliber of score even today which is what makes it so timeless. Grim Fandango Remastered not only had a fantastic score but an enjoyable story fueled by an awesome cast of voice actors and dialogue that is delivered beautifully and makes you chuckle from time to time.

The neo-noir adventure of Grim Fandango Remastered also comes with some never before seen or heard insights into Grim Fandango’s creation with an included Director’s Commentary and Concept Art Gallery. Many of the concept art is locked until you get to that point in the game to avoid spoilers though the commentary can be turned off and on at any time.

In the growing trend to bring back older titles, Grim Fandango Remastered is an odd choice that new gamers will probably never have heard of until now. But for gamers like me, it’s a welcome release and one that I’m glad to have a chance to play again and in the future to come. The neo-noir title that has been the inspiration for games like L.A. Noire is still a true testament to great storytelling as well as games being art with its visual style, characters and setting. If you’re a fan of the original release or want to experience an example of great storytelling then check out Grim Fandango Remastered today for PlayStation 4 and PS Vita. 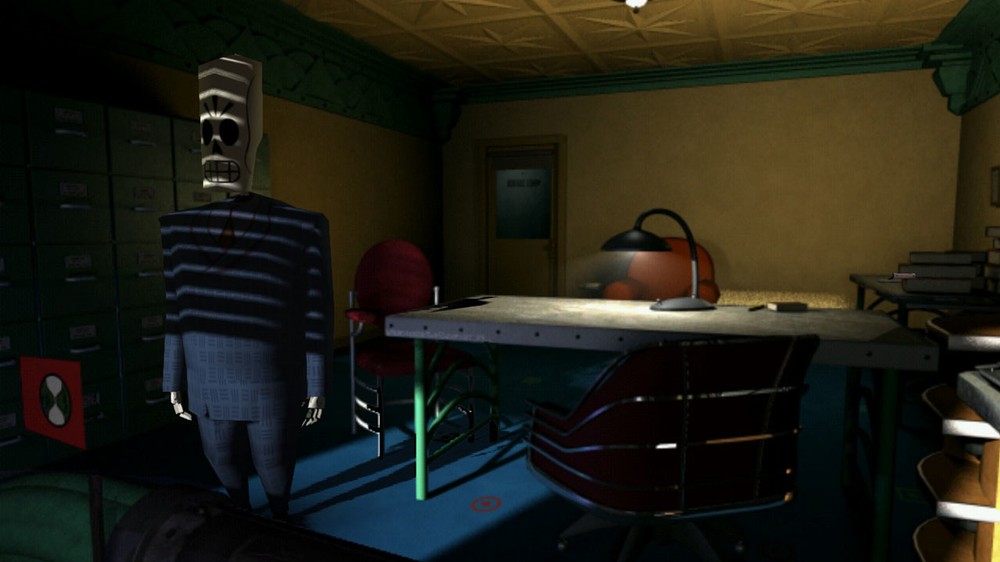 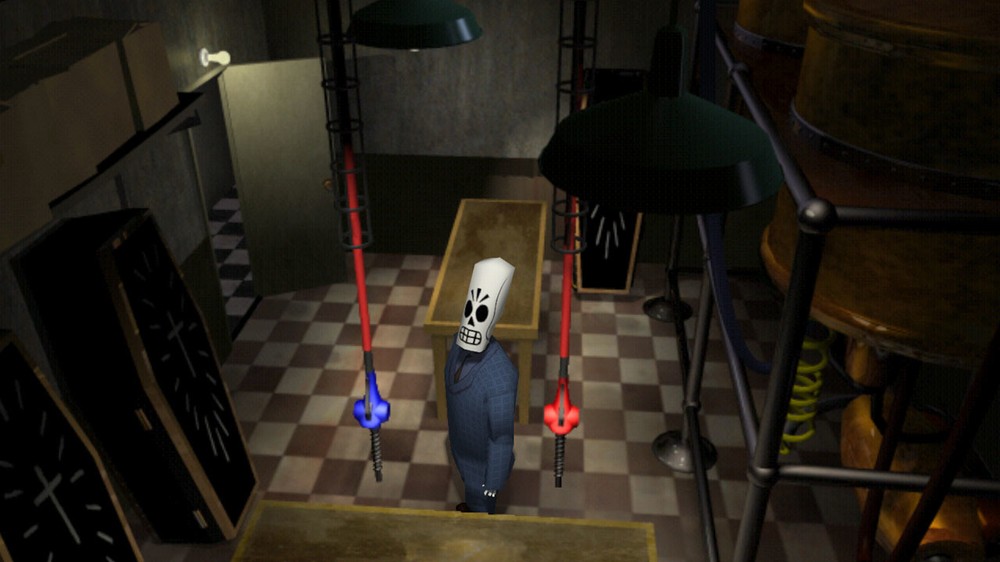 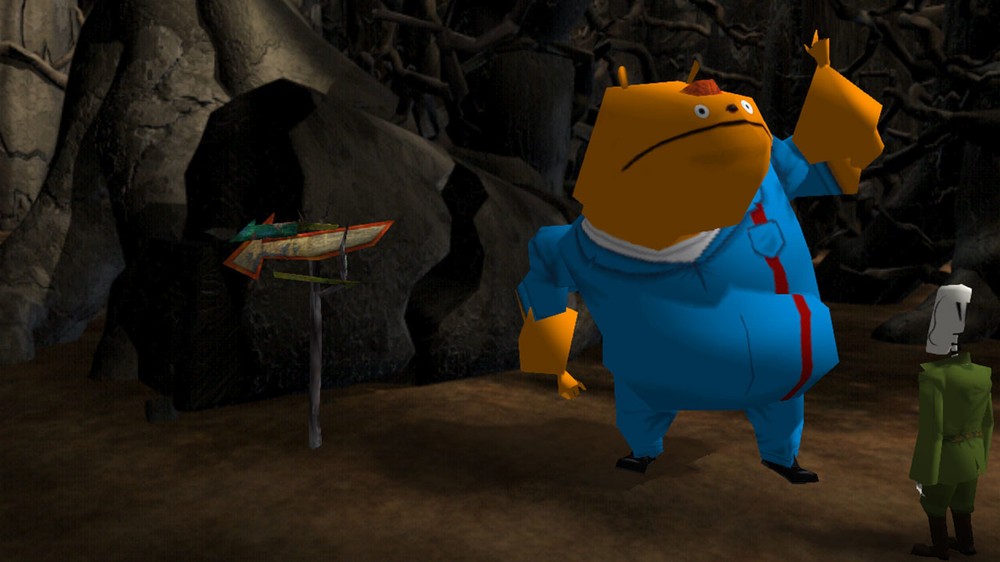 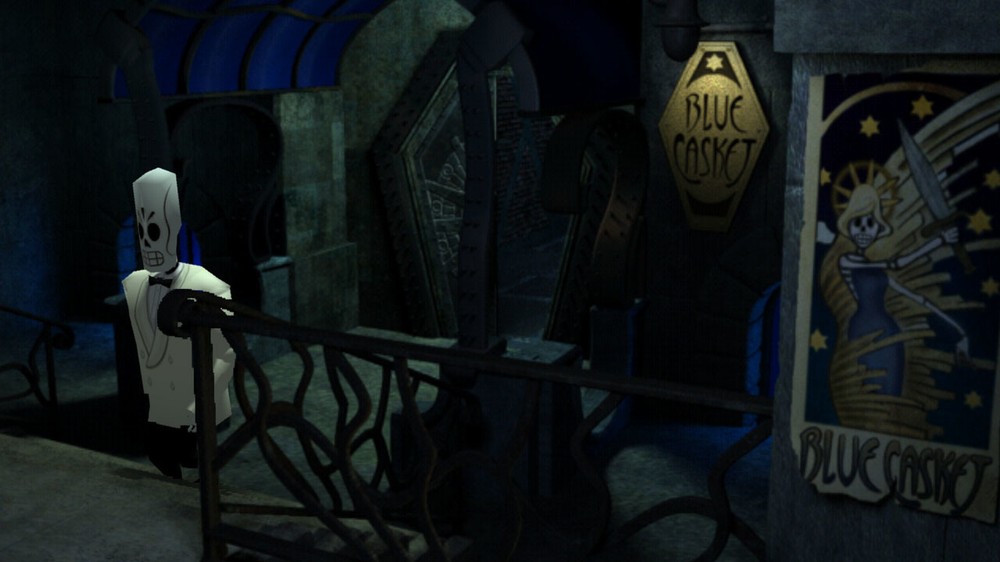 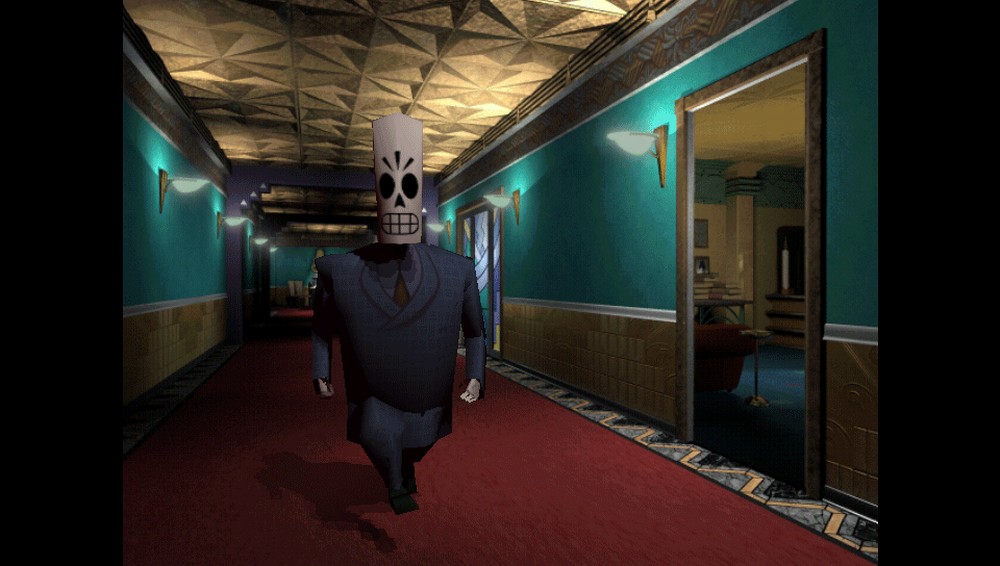 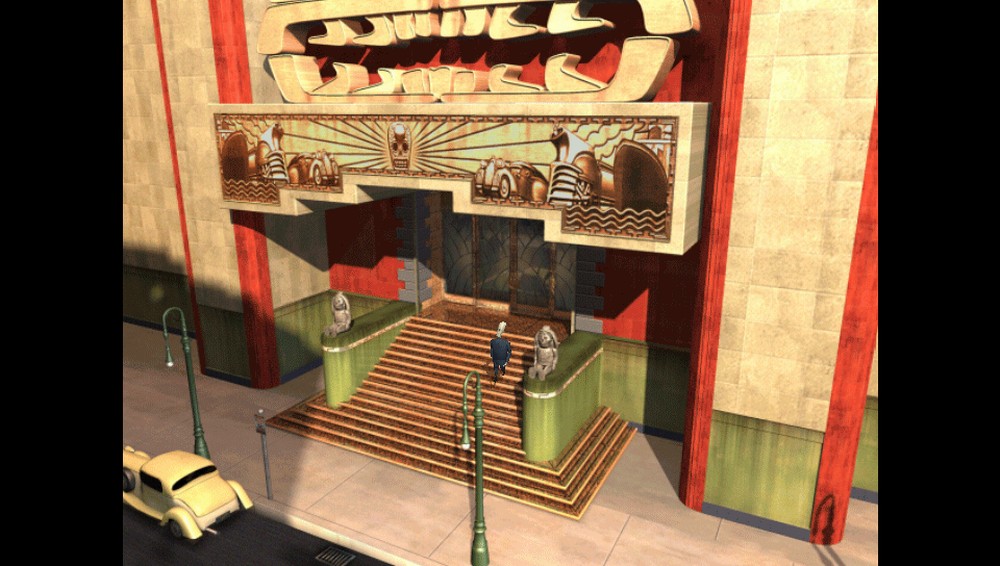 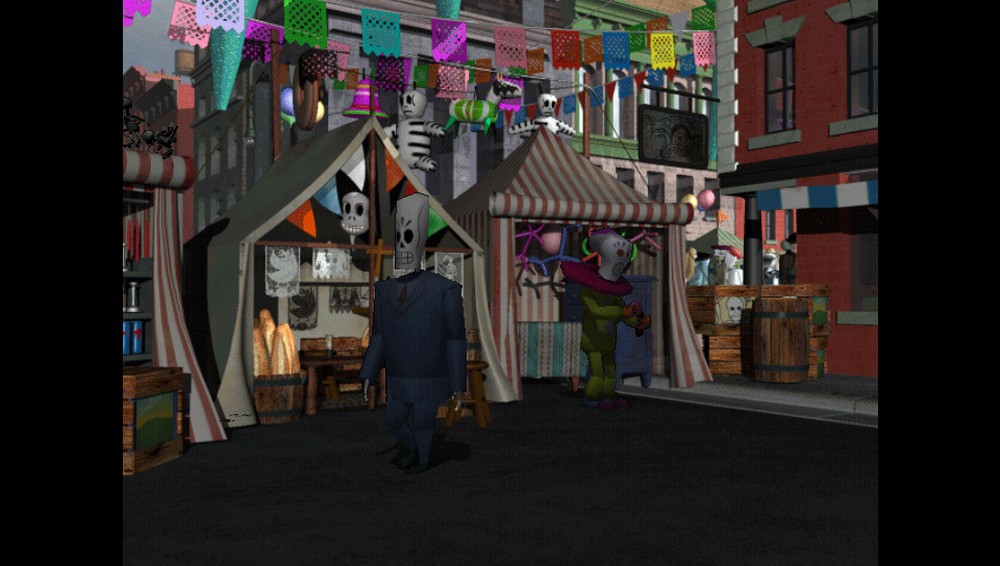 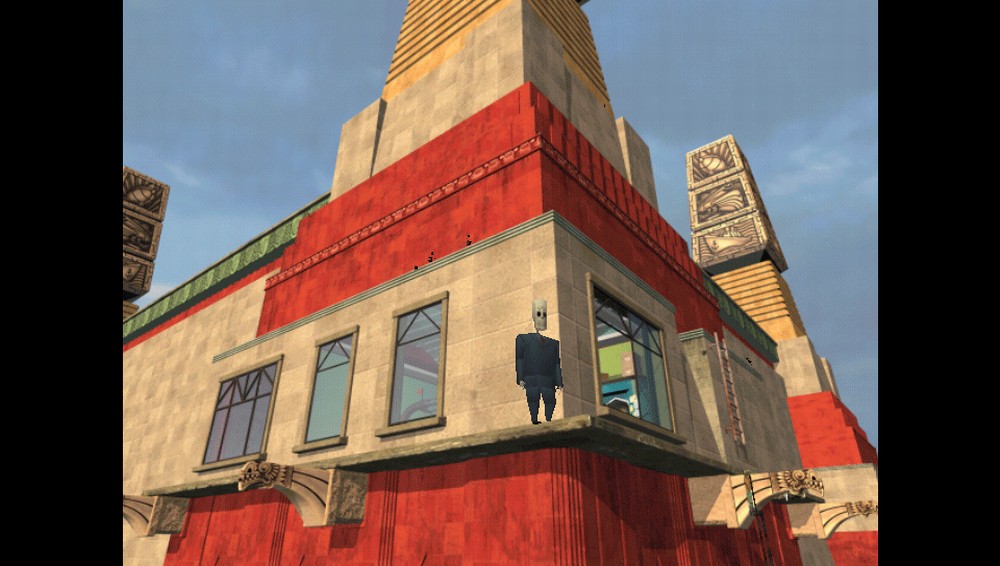 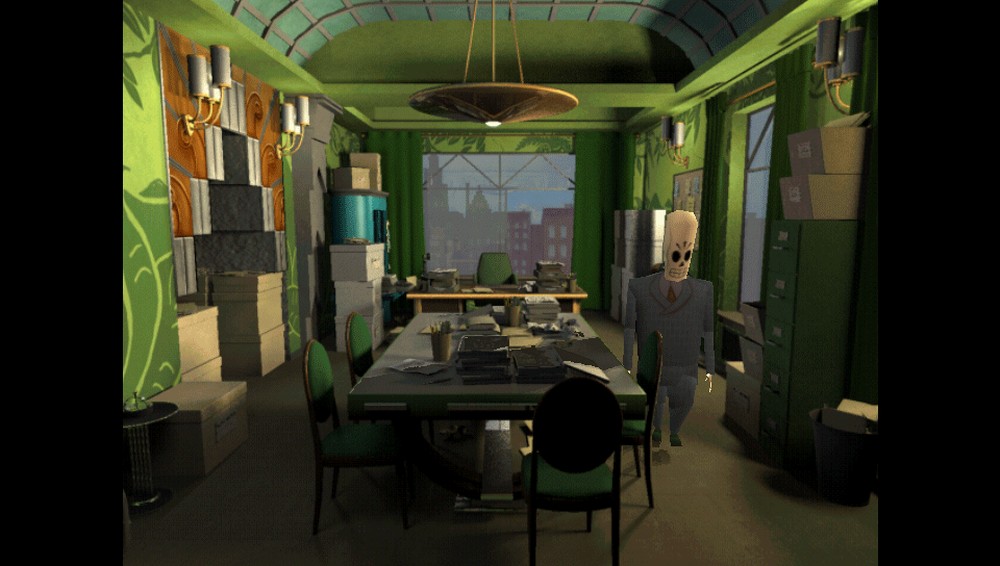