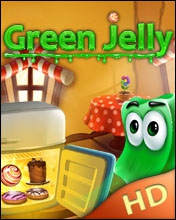 One of the best surprises from G5 Entertainment this year.

One of my favorite mobile puzzle games of all time is Cut the Rope, so when G5 sent me a review code for Green Jelly HD and promised that it was “a lot like that game” I was understandably excited. I promptly downloaded and started playing and it wouldn’t be for at least 60+ minutes later that I even looked up from my iPad. Green Jelly HD is so darn cute and so much fun that it truly is the impossible game to put down.

The premise is simple. You are a block of green jelly that looks like a sickly Sponge Bob minus the square pants. There are three pieces of candy on each screen that serve as your level score and also as a means to unlock new levels in the Chocolate and Waffles zone, but only the best puzzle gamers will ever reach the Waffle levels – the game is just that challenging. So using the touch screen you can drag from the Green Jelly dude and attach to various pegs around the level. This allows you to swing and even slingshot yourself to new heights. Some levels require you to make Angry Birds-style leaps of faith to arc over obstacles or pass through candies you can’t get otherwise then quickly attach yourself to a new peg before you fall off the bottom of the screen or land in a hazard. Collect the three candies (or as many as you can) then exit via the door in the candy house. 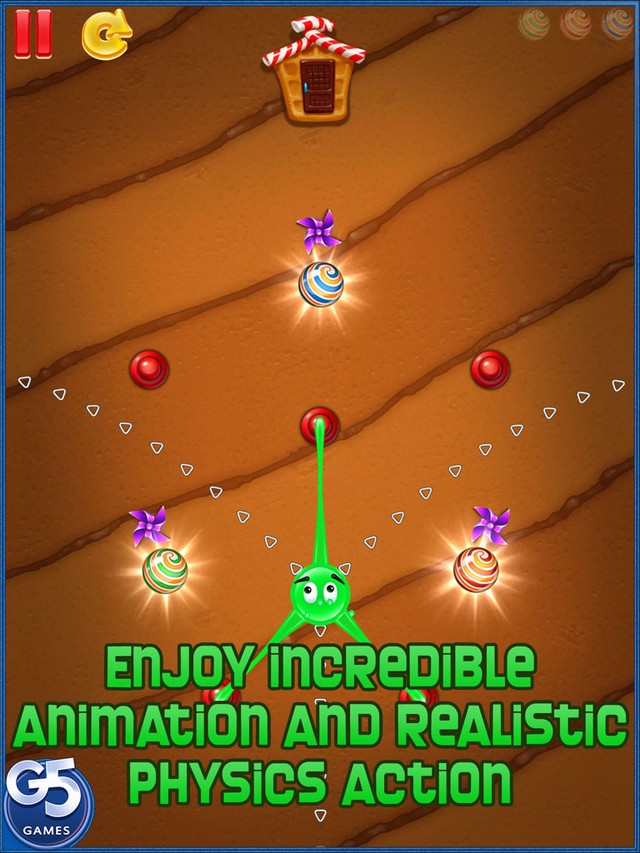 Hazards start off simple enough, but as you get further into the game the spiked balls increase in number and always seem to be in the path to your candy. But as wires and lasers get added to the list of dangers, your own bag of tricks increases with new ways to navigate the levels, but you are always going to need fast resources and a good eye for geometry and reactionary physics. The early levels ramp up nicely in difficulty but about the time you hit the Chocolate levels things start to get seriously difficult, and while you don’t need all three candies to advance, you’ll likely have to revisit some levels to add any missing candy to unlock the final levels in the game.

There are 60 levels in the core game with more levels coming in future expansions. With scaling difficulty and more than 10 types of objects to interact with, and 20 amusing achievements to strive for, Green Jelly HD is a game you won’t be putting away anytime soon. The graphics are charming and colorful with great elastic animations and the sound and music fits with the sugary sweet gameplay.

Green Jelly HD is by far one of the best surprises from G5 Entertainment this year. I normally expect another installment in their ongoing HOA games, so when they come up with something as original and delightful as this fantastic puzzler I can’t help but give this my wholehearted recommendation. Green Jelly HD is one sweet game! 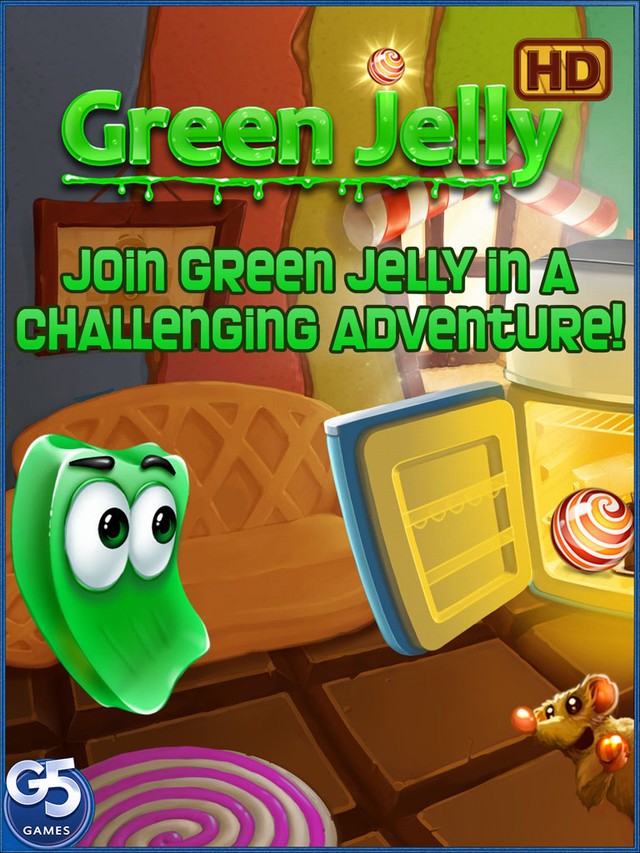 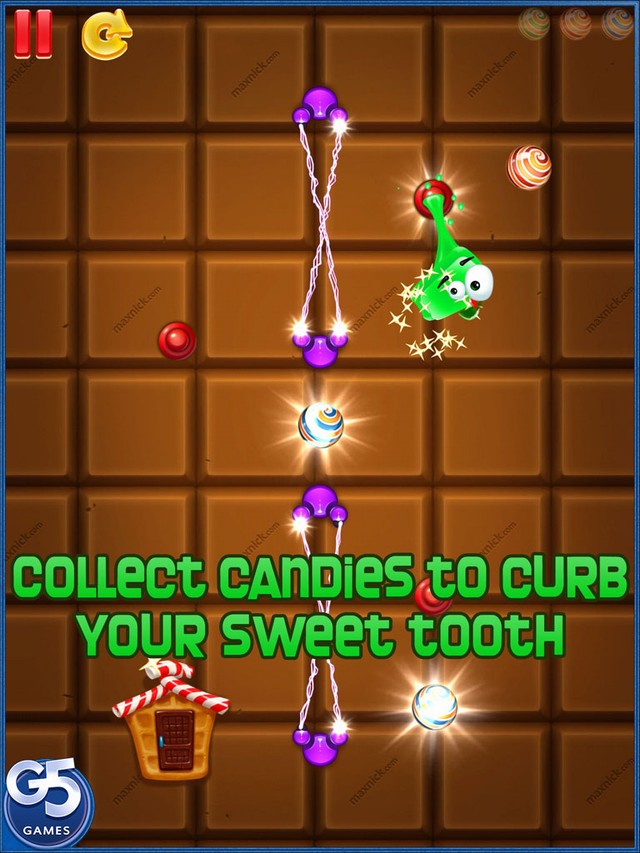 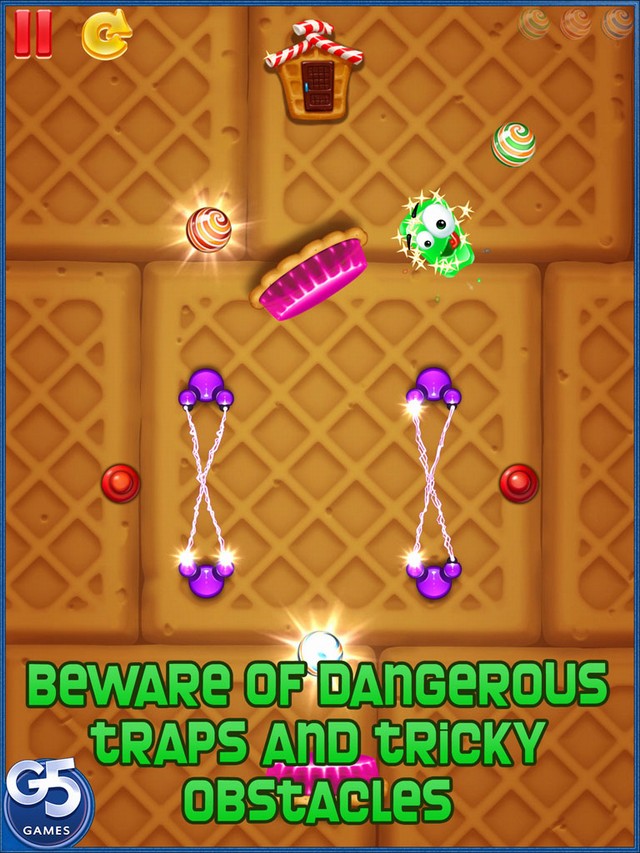 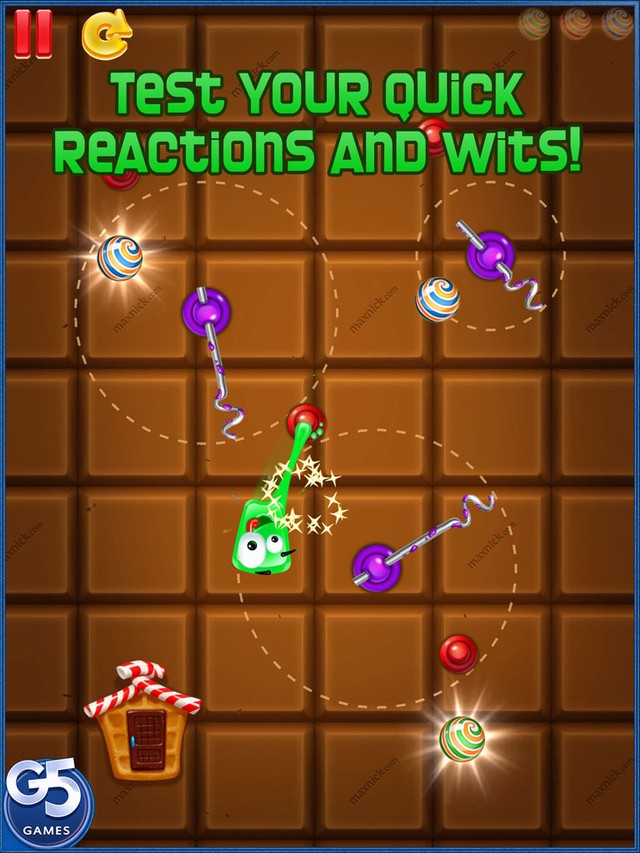