Gone Home transcends the adventure game genre and is destined to carve their own unique niche in gaming history.

It’s rather ironic that one of the easiest games I’ve ever played is also the hardest to review, but that only emphasizes the importance of story and discovery; the two core elements that make Gone Home one of the most memorable games I’ve played in my 35 years of gaming…if you can even call it a game. While Gone Home looks and operates like your traditional 90’s era adventure game there isn’t anything traditional about how it plays. Despite being a mystery of sorts there are no real puzzles, and even when you find yourself picking up and analyzing hundreds of intricately detailed objects, you only keep five or six, and there is no real mystery on where and how to use them.

Gone Home is remarkably simple, both in concept and presentation, yet the end results are something so extraordinary you don’t realize the impact the experience is having on you until the credits start rolling and you feel this rush of emotion wash over you. You start to play back the last 2-3 hours in your mind to see how all the pieces of this fantastic story have slotted together to craft a perfect piece of interactive fiction; although I have to suspect that with such an emotionally charged story so rich in detail, Gone Home has to have some basis in reality.

Gone Home has you playing 20-year old Katie Greenbriar who is coming home after a year of traveling across Europe. The game opens with Katie leaving a voice mail to her parents telling them not to pick her up at the airport, and that she will take a taxi home. But instead of a joyous reunion with her parents and younger sister, Samantha, Katie finds a dark and empty house and no obvious clues to where anyone has gone. Her unplayed message on the answering machine clearly indicates no one was expecting her. One important and possibly easy- to-miss fact is that Katie’s parents have moved during the past year, so Katie (much like the player) has never been in this house before. This, along with the dangerously clichéd thunderstorm raging outside for the entire game adds to plenty of tense moments as you begin your 2-3 hour exploration of this house 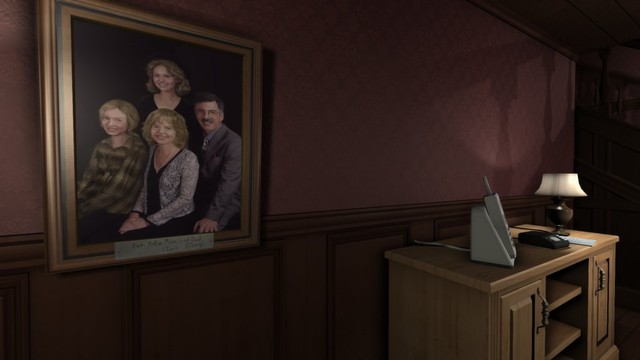 Gone Home didn’t have to be a period piece, but the fact that the game takes place in 1995 certainly gives the designers a great opportunity to showcase their geek powers and load the game and the house with countless bits of 90’s pop-culture; everything from VHS tapes of classic movies to audio cassettes and laserdisc players. Even the SNES is referenced. Gone Home effortlessly takes you back 20 years for those old enough to remember and appreciate the references, but more importantly the story, or at least Sam’s part of the story, become far more impactful and significant when you take certain moral and cultural attitudes of that time into consideration.

So you wander around this massive house interacting with just about anything that can be touched or picked up. For the most part the house is dark so finding that light switch as you enter each new room is not only a great idea, it helps you keep track of where you have already been. You can pick up and rotate hundreds of real-world items; nearly all of them insignificant to the story but crucial to your immersion in the world. As you explore and interact with the world you will unlock narrated entries from Sam’s diary, and with each new entry comes the stirring realization of what has been taking place during the year you were gone, for as much as you are playing Katie, this is Sam’s story. You’ll also be able to find out what happened to your parents, but that takes a bit more detective work.

The game supports both mouse and keyboard or a gamepad and plays perfectly with either. Aside from opening doors, drawers, and cabinets, and picking up and rotating countless models of 3D objects one might argue there is no actual gameplay in Gone Home. Aside from a few combination locks there are no real puzzles. Despite the howling winds and creaky floorboards there are no ghosts waiting to pounce, and there is certainly no combat, and the entire experience (based on your obsessive thoroughness) can last anywhere from 1-3 hours, but the range of emotion you’ll feel during that time is unlike anything any AAA title has delivered to date. 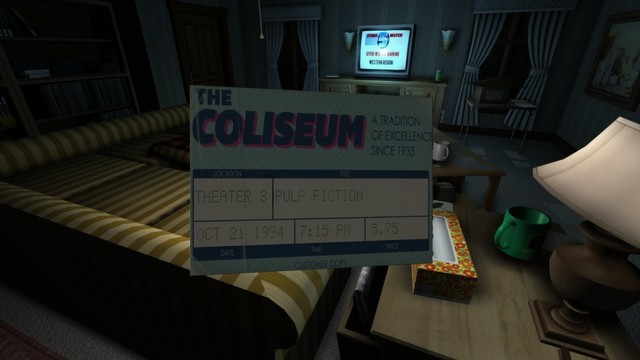 Gone Home has the perfect presentation with crisp clean graphics that hold up under the closest scrutiny. Keeping in mind you can zoom in your view; many of the readable items could actually be read even without zooming. I won’t comment on the architectural theory of the design for this mansion other than to say the floor plan seems constructed more for exploratory gameplay than real-world habitation, but the amount of authentic detail in both the textures and the sheer variety of interactive items littering the house (some of it even actual litter) is astounding.

Most of the game is played in pure silence with only the sound of the rain and the occasional thunderclap to jolt your senses. Sam’s narrated journal entries are some of the best voice acting I’ve heard in any video game to date – you’d swear these were real audio diaries and they built the game around them. Thankfully, these play out in your head so you can continue to explore while you listen, and often the discoveries you make are directly tied to what you are hearing. There is no conventional score or annoying soundtrack to try and manipulate your emotions, but there are a handful of audio cassettes with some authentically pleasing punk rock.

Please do not confuse the overall vagueness of this review with me being intentionally cryptic. Gone Home is a game that you need to approach with an open mind and hopefully, no knowledge of the story going in, and me, revealing any of the specifics here would just spoil your own personal experience. If you are remotely interested in playing Gone Home then stray clear of the abundant story-spoiling reviews and forums out there. The less you know the better. 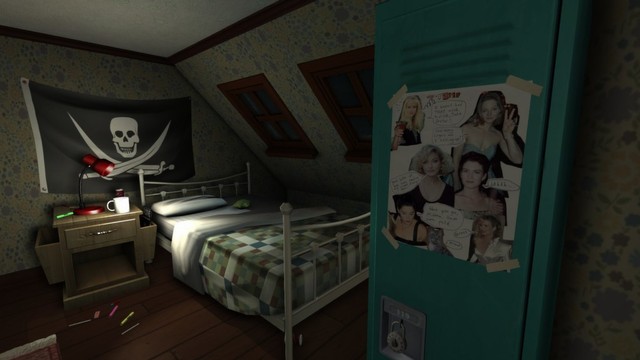 Even in retrospect, it’s hard to believe how eloquently simple and appealing Gone Home is. I’m trying to remember the last game where I picked up an item to examine it and actually had to walk over to a desk lamp for better light so I could read some fine print. At first I was playing the various audio cassettes waiting for some hidden audio clue from Sam, but ultimately was just happy to enjoy the classic 90’s punk rock garage band. Nothing detracts from the experience; not even the simple menus, inventory, or helpful map screen.

Fullbright walks the very fine line of exploiting your emotions without manipulating them; first with the “dark and stormy” presentation, and then in the way they leak the narrative to you in tasty audio morsels that keeps you exploring to get that next piece of the puzzle. I was surprisingly tense the first time I entered the dark basement, found that Ouija board, or climbed into the attic, but all of that, much like what Katie was experiencing, was simply fear of the unknown. What would I find behind that next door?

Gone Home is a masterpiece of storytelling, and while that story could just have easily been delivered as a book or movie, by creating an interactive, exploratory, and meticulously detailed game world Fullbright certainly chose the proper medium to tell their story. Gone Home transcends the adventure game genre and is destined to carve their own unique niche in gaming history. 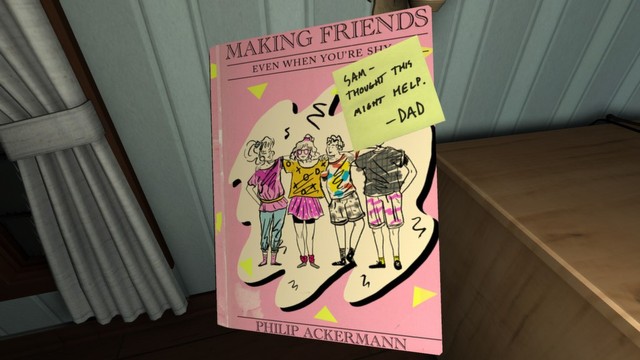 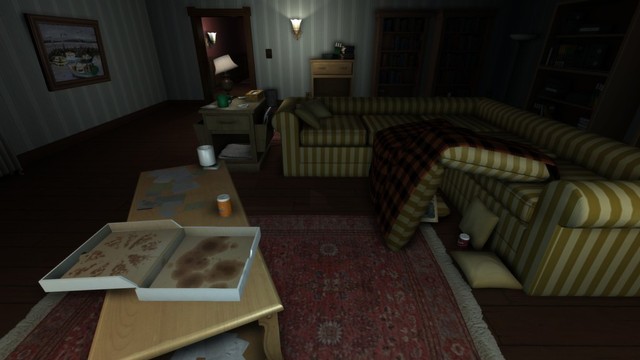 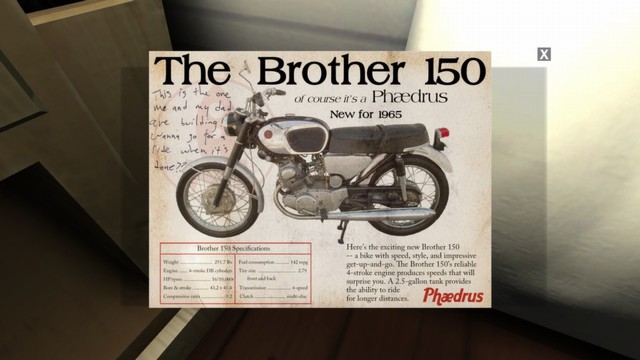 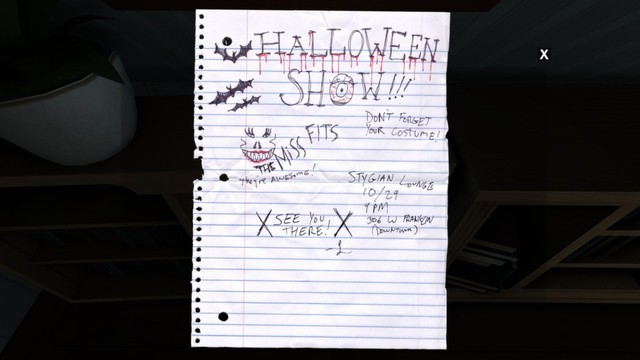 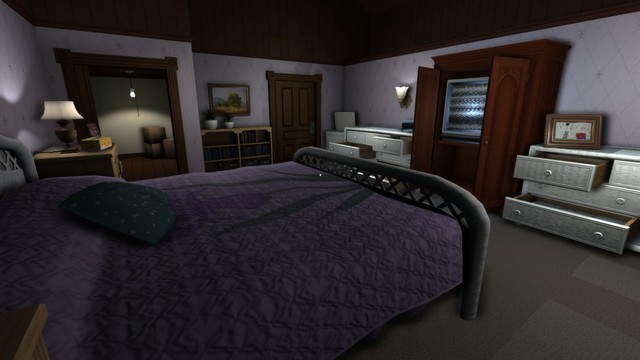 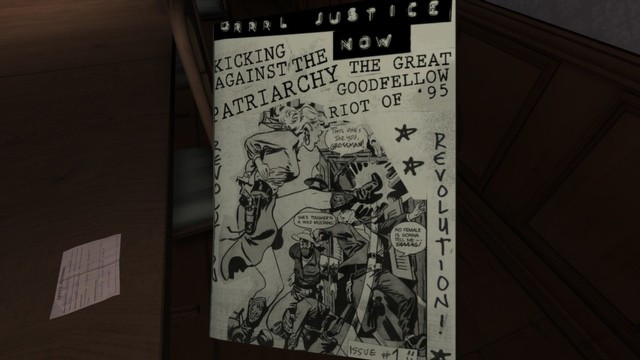 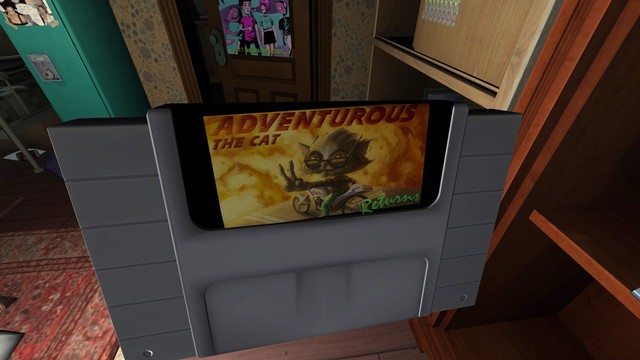