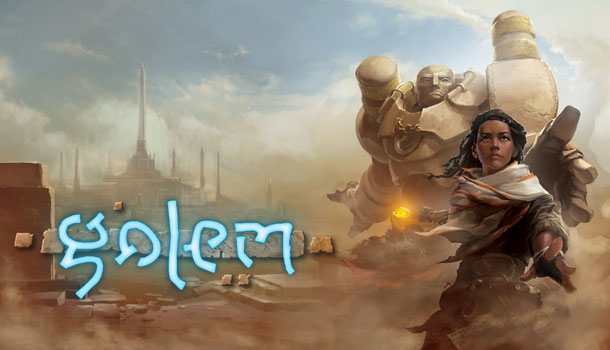 - Minimal instruction
- Trial and error gameplay
- Slow to get started

Immersive and interesting take on the hack-and-slash adventure genre.

Golem is one of the more interesting VR games I’ve played this year and surprisingly it’s a PSVR exclusive, at least for now.   Prepare to enter a unique fantasy world where you play as the younger brother sharing a close bond with your sister and your overprotective father. The game design makes the most of VR, both in execution and presentation, creating this gorgeous space around the player who ultimately ends up being confined to his bed after breaking his leg early on in the story, but don’t expect that mishap to slow you down.

The game is slow to start with a prolonged intro sequence, three of them actually, where you are merely a spectator to the narrative events as they unfold before you. Golem starts with you perched on a rock overlooking a mystical city below then transitions to a wagon ride back home where your family dynamic is revealed, then it’s off on a midnight run, sneaking out of the house to help your sister gather ancient relics to be converted to cash, a disastrous task that proves fatal for one and crippling for the other. 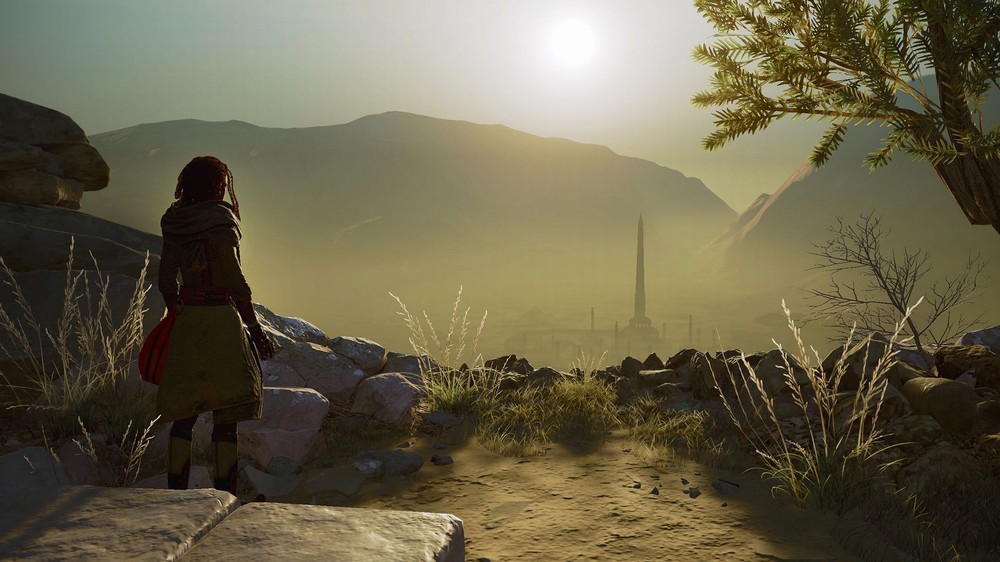 Quickly you realize you have the power of Dreaming, the ability to control avatars to do your bidding while you reside safely in your bed. At first you possess this raggedy doll your sister created, using it to explore the dark and dangerous underground area beneath your home. Eventually you will venture outside and into new and more treacherous underground caverns leading to a massive workshop that is home to the Golems, massive stone creatures that you customize and control to venture out and defeat other hostile golems scattered about Silent Watch.

Golem is surprisingly interactive considering you play with only a single PS Move controller. At first it felt weird playing as people/things with two hands but only being able to use your right (or dominant) hand, but it quickly didn’t matter as I became engaged in the story and gameplay. Once you start stomping around as these giant stone warriors it’s all about searching for the next Echo orb that will parcel out the next installment of a rather compelling story or even some gameplay hints, all narrated by your mother.   Some orbs are obvious while others are hidden or tucked away in corners of these massive levels, and others may require solving minor puzzles or even returning later when new pathways have been unlocked. The best part is that you can listen to the story while continuing to explore. 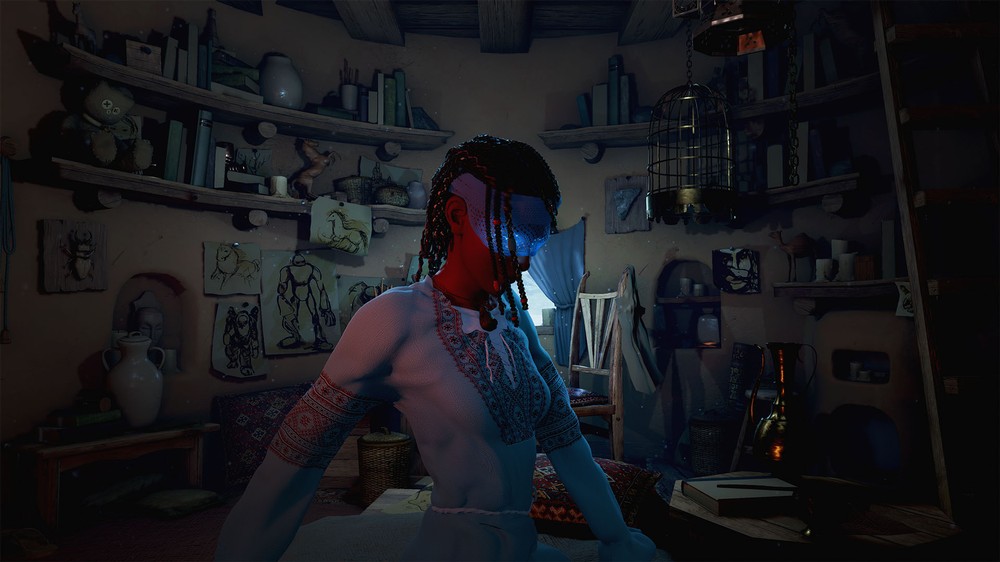 Your first golem will be limited as far as construction options but the more you explore and the more enemy golems you defeat the more parts you acquire to create your successors when you die. You might even find some golum parts just lying around waiting to be salvaged as well as some collectible books. Even more important are the masks that you can use to change the face of your golem, which ties directly into several doors that have matching masks on them. You’ll need to match your mask to the mask on the door to gain entry and access new parts of the world, which often means creating a new golem when it’s time to move into a new district. Other golem parts dictate the power of your golem or the power of your weapon, which will need to be adequate to face off against the more powerful enemies in the game.

Golem has a fairly innovative control scheme that is shockingly superior to any PSVR game that has come before it. Movement is handled by simply squeezing the trigger and leaning forward. You can rotate direction using the square/triangle buttons or make subtle strafing moves by looking where you want to go, meanwhile you have free control over your arm to wield a weapon or a glowing crystal to light your path and repel some nasty roaches. The trick is to remember to sit up straight and return to that upright position each time you stop walking otherwise the game keeps readjusting your posture so you end up leaning more and more until you find yourself hunched over. The motion detection is pretty sensitive and registers the slightest lean forward with various degrees of lean to increase your speed, and it also warns you when you are leaning too far. It takes a bit to get used to and I did get a kink in my back after the first two hours from failing to observe everything I just mentioned.  It’s also worth mentioning that you can optionally use the left stick on the DualShock 4 to control your movement if you prefer over the Incline control system. 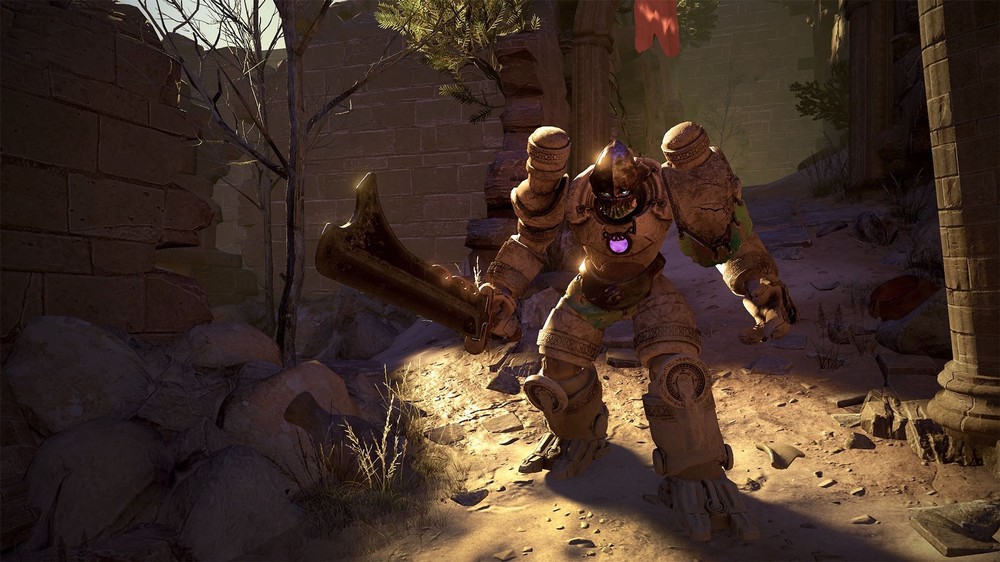 The rest of the motion input resides solely in the single Move controller that controls the dream stick in your bed or the crystal shard when playing as the doll, or the mighty weapons of your golem. Combat is cleverly executed as a series of defensive blocks that, when successful, will cause a portion of the enemy to turn to glass at which point you can attack. If the golem hits you it will knock you back forcing you to move forward into melee range. This goes on for as long as it takes until the golem hits you enough to destroy your golem or you have shattered enough limbs to defeat the golem at which point you can claim their energy source, weapons, and any other salvageable parts, which all get added to your workshop to create bigger and better golems of your own. There are also non-golem encounters including these crazy creatures that throw spears at you, which you can slice out of the air as you advance on their position before striking them down.

Golem starts off like any typical adventure game but quickly turns into an explorative arena fighter where you are creating these warriors and sending them in to destroy everything you can until they reach a point where you’ll need to create a more powerful golem to proceed. The Echo narrative is a nice touch, with glowing blue orbs indicating new story narration and white Echoes letting you know the ones you’ve already heard.  It’s a nice way to keep track of where you’ve been as well as unexplored areas. 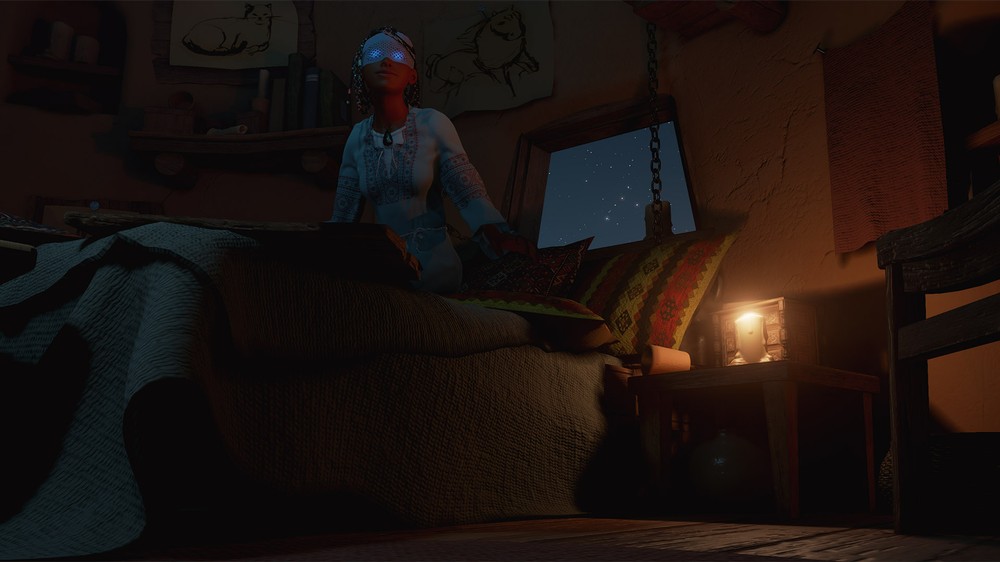 There is a definite trial and error vibe, or perhaps risk vs. reward would be a better term, as you venture deeper into the districts of Silent Watch encountering more formidable enemies. Collecting treasure and resources adds them to your arsenal but anytime your current golem is abandoned or destroyed you lose the components used to create him. This can create some stressful moments and thoughtful gameplay. Golem is a slow burn of parts acquisition and cautious exploration, and if you try to rush it you will fail.

The presentation for Golem is surprisingly nice for a PSVR game with solid visuals and minimal aliasing or shimmering. There is a realistic sense of scale, both for the character models that feel human-size this time rather than that 75% factor, and an even greater sense of scale when playing the doll exploring the boy’s bedroom and deadly underbelly of the roach-infested house. Lighting, animation, and texture detail are fantastic – I kept staring at the stony skin surface of my arm and the metallic textures of my weapons which had these little rings that would animate independently from the weapon. This is definitely one of the best looking PSVR games to date. The sound design is just as good with amazing music from Halo composer Martin O’Donnell that matches narrative and gameplay events and emotion along with some really good voice talent for all the characters. The sound mix and special effects perfectly engage you with every clash of a sword or smash of a mace or the crumbling sound of a golem collapsing into rubble.

If you have a PSVR and are looking for a thoughtful more leisurely adventure full of wondrous exploration and engaging combat then Golem is the game for you. You might have a bit of a learning curve with the new Incline Controls, but once you master them you’ll wonder why every game doesn’t do this. And the whole block, counter, attack combat system works better than almost any other game that has used this style of combat. For only $40, Golem might be one of the best VR games you can pick-up for your PlayStation 4 this year.

You can check out the first two hours of the game here: