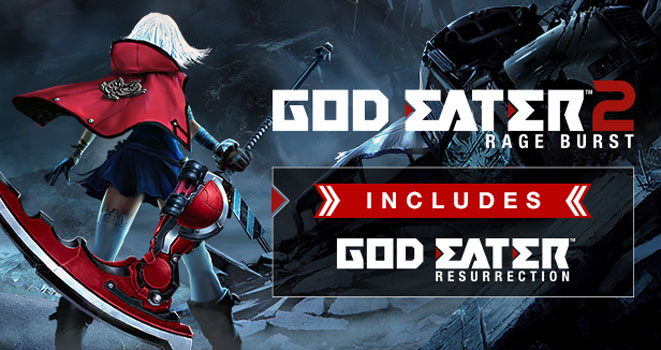 The thing about video games that start their life over in Japan is that so many of the potentially good ones never make it over here to the North American. This is usually due heavily to either a lack of a strong market for them here or a conversion that renders a perfectly good title unplayable on other consoles.  Luckily Shift’s God Eater series has finally made it to North American shores with a few bumps along the release of God Eater 2: Rage Burst for the PC.

Originally released on the Vita and PSP three years ago as God Eater 2, GOD EATER 2: Rage Burst is the revamped and rebalanced version featuring new gameplay features and an additional story available after the ending of the core experience. So for us here in the States this is the complete package filled with all the monster slaying goodness that I could ever want. To sweeten the deal anyone who buys GOD EATER 2: Rage Burst get the complete version of God Eater: Resurrection for FREE allowing players to experience the series from the very beginning on PC. 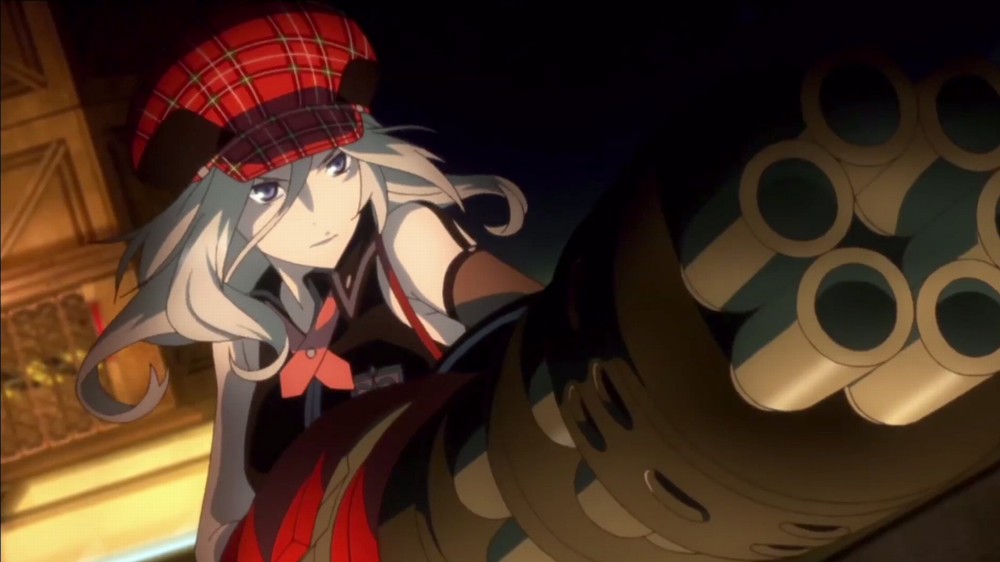 Set three years after the events of the first title you join the ranks of the Blood Unit, a special division of the titular God Eaters, who are tasked with handling cases of Aragami attacks that the veteran God Eaters cannot perform. What sets normal God Eaters and your somewhat mismatched group of Bloods is the hidden abilities called Blood Powers that each member possesses inside. These abilities allow you to actually kill even the most powerful Aragami that would be otherwise untouchable using your chosen God Arc alone.

GOD EATER 2: Rage Burst is quick to get you into the action after a quick and rather straightforward tutorial laying down the core gameplay mechanics. More is learned as you go once you unlock your own Blood Power and with them Blood Arts but more on that in a bit. To even start unlocking your true badass, you have to choose from a variety of weapons types and a block type to assemble your “Swiss Army knife” God Arc. What forms you choose for your God Arc are not permanent so there is room to experiment early on to get a feel for what will ultimately become your chosen playstyle. 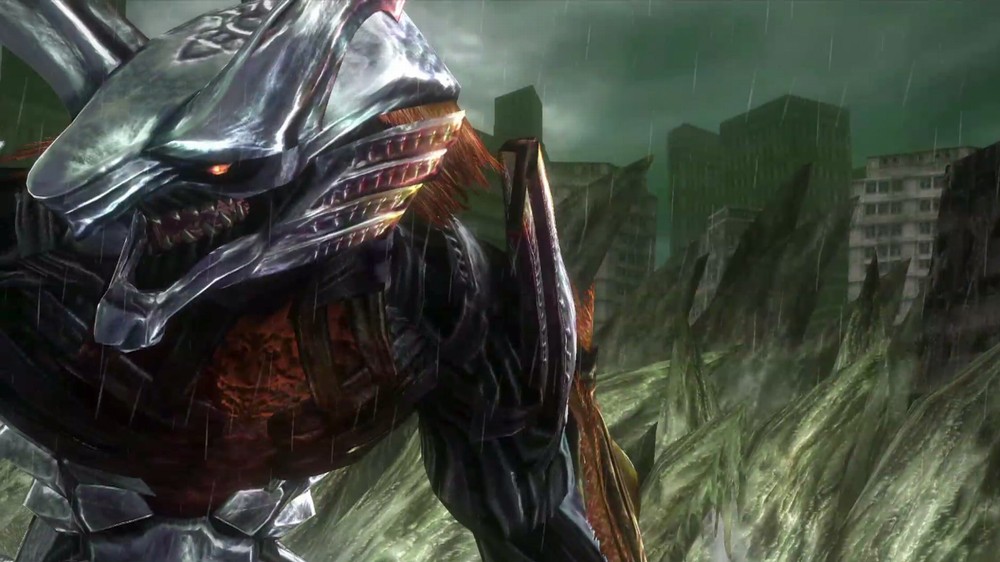 God Arc have three basic modes that you will utilize during what is simply the God Eater variant of Monster Hunter missions to eradicate a specific bunch of Aragami until completion. God Arcs feature both a Melee and Gun mode to change up and diversify combat when the situation at hand calls for it. Players can choose from a variety of melee weapons including the Short Blade, Buster Blade and Boost Hammer. My favorite choice for my run was the newly added Variant Scythe, which while not as hard hitting as other melee types per hit, makes for an excellent mid-range weapon that can land multiple hits to a single target or do damage to multiple targets in its swing range.

The Gun form depending on your choice can greatly affect you combat potential if balanced correctly. You have to choose between the Assault, Shotgun, Blast and my personal favorite the Sniper Gun type but experimentation is key to finding what suits your playstyle or need for a given mission. With each gun type in GOD EATER 2: Rage Burst they gain an ability like the Sniper Guns ability to essentially cloak an avoid detection until a shot is fired. Guns can be aimed for more precise attacks especially when you have damage a particular part of a monster to cripple it and open it up for a barrage of attacks. While you can play with most controllers out there I found the mouse usually performed better for precision attacks. This is also one of the few games that I’ve played that a PlayStation DualShock4 controller was natively compatible so if you prefer that over other gamepad peripherals then I would recommend it. 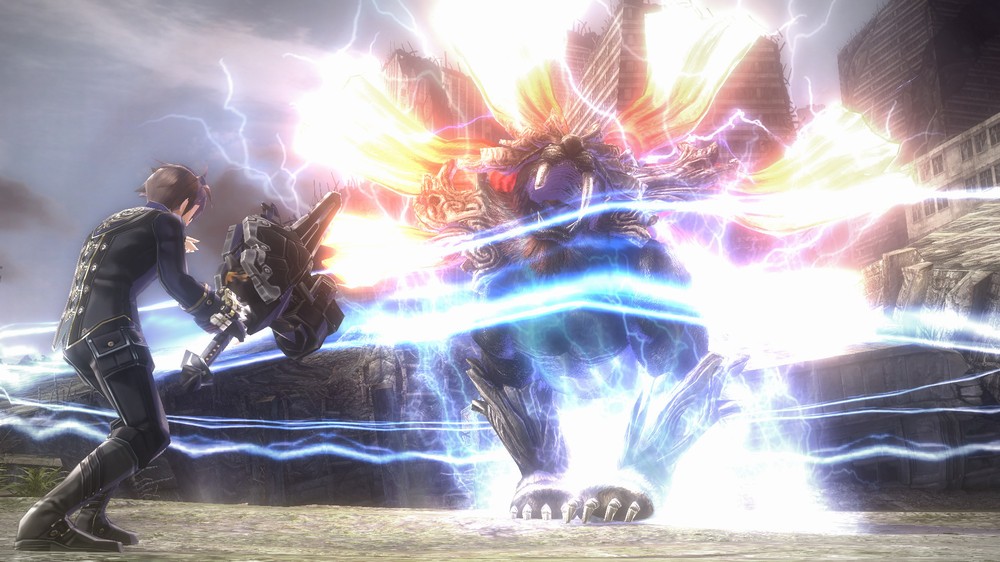 The tutorial makes one lesson perfectly clear right from the start. Hit fast and hit hard. Well that that’s great and it works for the majority of the time but sometimes you have to block the unavoidable which is where the Shield mode comes in. Shields come in three types: the quick Buckler, tougher but slower Shield, and the very slow but indomitable Tower. Each has its benefits like the Tower’s ability to take 100% of the enemy damage until your stamina gives out but again it depends on your playstyle. I chose Shield as a good buffer early on sometimes opting for Buckler for quickness as I progressed.

While you do need to keep crafting items, changing out skills and unlocking Blood Arts to complete your missions on and offline you won’t enter the fray alone in God Eater 2: Rage Burst unless you want to when it allows you to. On or off you are more often than not accompanied by three other members of Blood Unit some if only for a short time throughout the story while others like Gil, Romeo and Nana are pretty steadfast. Often times you’ll end up doing much of the damage if not straight up killing of your enemies in single player but your party members are actually useful if you’re in bad need of stamina or to use an item. The also act as your way to revive if downed on the field. The game is pretty generous on defeats as I know that I’ve died several times in missions here and there but I’ve almost never outright failed a mission due to death. 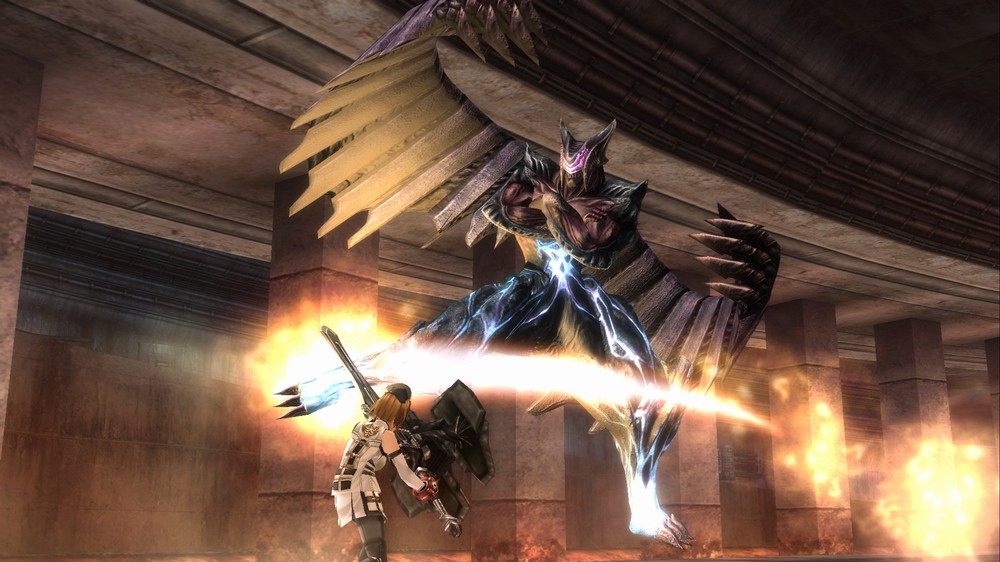 While defeat in battle might seem a bit trivial the overall story or writing of God Eater 2: Rage Burst is actually quite good and kept me interested. I did run into some localization issues during conversations but otherwise it was pretty solid. God Eater 2: Rage Burst’s unique characters are one of my favorite parts outside of the combat that I actually enjoyed about the game. The way that dialogue is written, sometimes even campy, is enjoyable. Many of the voice actors in the core group I recognized right away like Patrick Seitz and Cassandra Lee Morris among others from their work in Sword Art Online as well as other works to name a few.

One of the first things that grabbed my attention when starting up God Eater 2: Rage Burst was that killer cinematic opening featuring the song “F.A.T.E. –Intense Remix-“. Music and visual style have always been a big factor to me in games and God Eater 2: Rage Burst definitely has both. The character models are nicely detailed as well as their animations. The set pieces are actually pretty good for the most part for a monster hunting title. Most of the bosses look cool as hell even as you end their lives. I did running into a few frame drops later on during my playthrough but overall the game ran remarkably well on my rig. The score, be it the music during the menu to the hub world to the battle field is some of my favorite jRPG music to date so far. All the pieces fit perfectly at any moment be it a heartfelt moment to a comical bit to the intense fast paced combat. 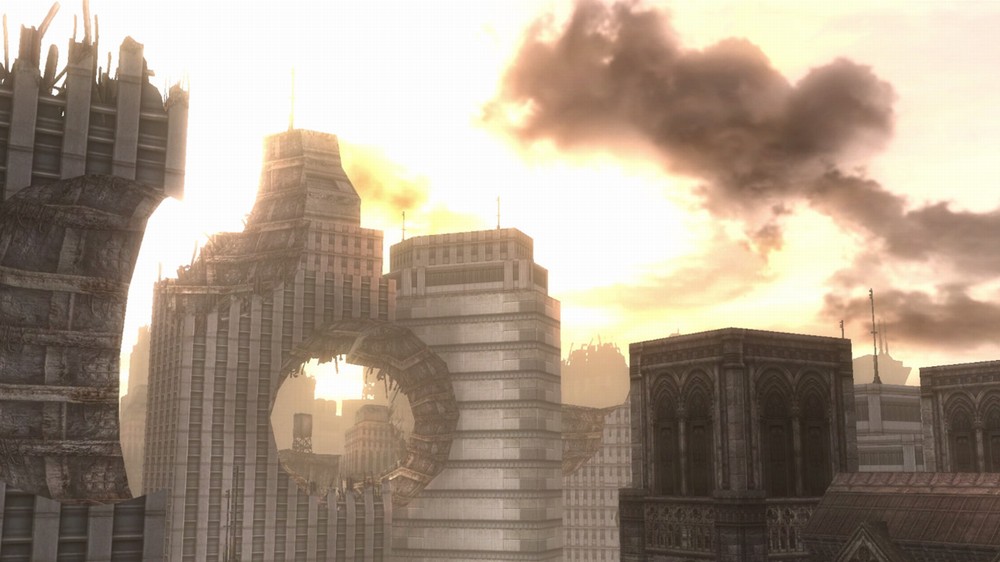 At the end of my playthrough with God Eater 2: Rage Burst, I found it be quite enjoyable. The story and combat are its best features and there is no shortage of how you can approach the game playstyle wise. The ability to mix up and try new combinations of blade, gun and shield while adding a little stylish flair to your character is quite fun. The fact that you get the first game in the series included with God Eater 2: Rage Burst is just icing on the cake. If you’re looking for a great Monster Hunter style game for PC then look no further that God Eater 2: Rage Burst on PC via Steam today.