Very unique new type of first-person puzzle game the likes of which Portal fans will adore. Very approachable visual programming that can be quickly learned by anyone. No programming knowledge is necessary.

The world and puzzles are a little flat and unvaried right now, however, this is still in alpha, so I am hopeful that a lot of polish and detail will go into the end product. Seems more like a proof of concept than a full game.

If we’re judging the game on the base programming mechanic that is the foundation for the entire game, then it is looking like a very promising puzzle game that fans of the genre will really love. Given time and devotion to a narrative to flesh out the overall world and purpose of the game, along with Steam Workshop integration or modding, this game could end up being a genre favorite.

Glitchspace, by Space Budgie, is a first-person puzzle platformer much in the same vein as games like Portal or Antichamber to name a couple that spring to mind. The goal is to reach portals that lead you from one increasingly more difficult puzzle to another by way of objects that you interact with via your editing gun. This gun brings up a visual programming interface that allows you to change the coded properties of the object you “shot”. Examples of the properties you can add or adjust are whether something is solid or not, how big it is, what direction it applies a force when touched, etc.

The first several puzzles walk you through the various codes, basically only allowing you access to those that will solve the puzzle so  you can get a feel for the general idea and interface. This is a good thing, because when I first sat down to play, I was a little concerned because I have no real applicable programming experience and I thought this would put me at a disadvantage. Not so. The game does a very good job of walking you through from the most basic editing options to the more complex ones before it cuts the cord and makes you figure it out on your own. 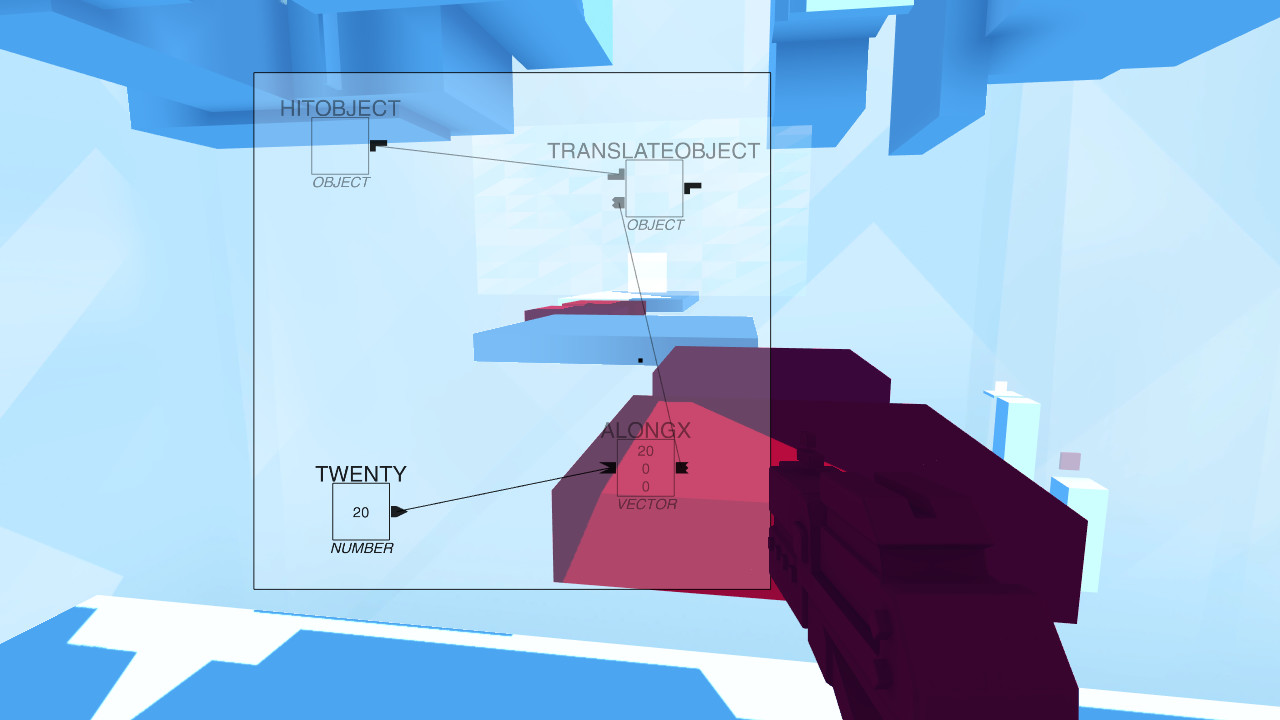 The complexity arc the game sets you on gets surprisingly steep, which is a good sign, because it shows that there is plenty of room for the puzzles to get seriously challenging as you progress in the game. Just when I thought that I was beginning to get the hang of the code and started worrying that perhaps there wasn’t going to be enough variety to make it really challenging, I stumbled upon a whole host of other code commands that added a lot more depth and complexity to the possible solutions.

I have yet to reach a point where I am just given access to all the code options and left to figure it all out on my own without any hand-holding, but I imagine that this will be the case. Even so, with the handholding, sometimes I find myself getting stumped on a certain puzzle for an embarrassingly long amount of time before I finally plug the right variable with the right code box. There is a grayed-out “Sandbox” mode that I think will be interesting. I am not sure if Steam Workshop integration is planned, but I don’t see why the devs wouldn’t want to include it as it would add a ton of content and variety to the game. They could also add the ability to integrate your own code commands and variables, which would allow for even more options on how to solve puzzles and increase the overall complexity. I feel that this game lends itself particularly well to this and think that the devs would be remiss if they didn’t jump on that opportunity. 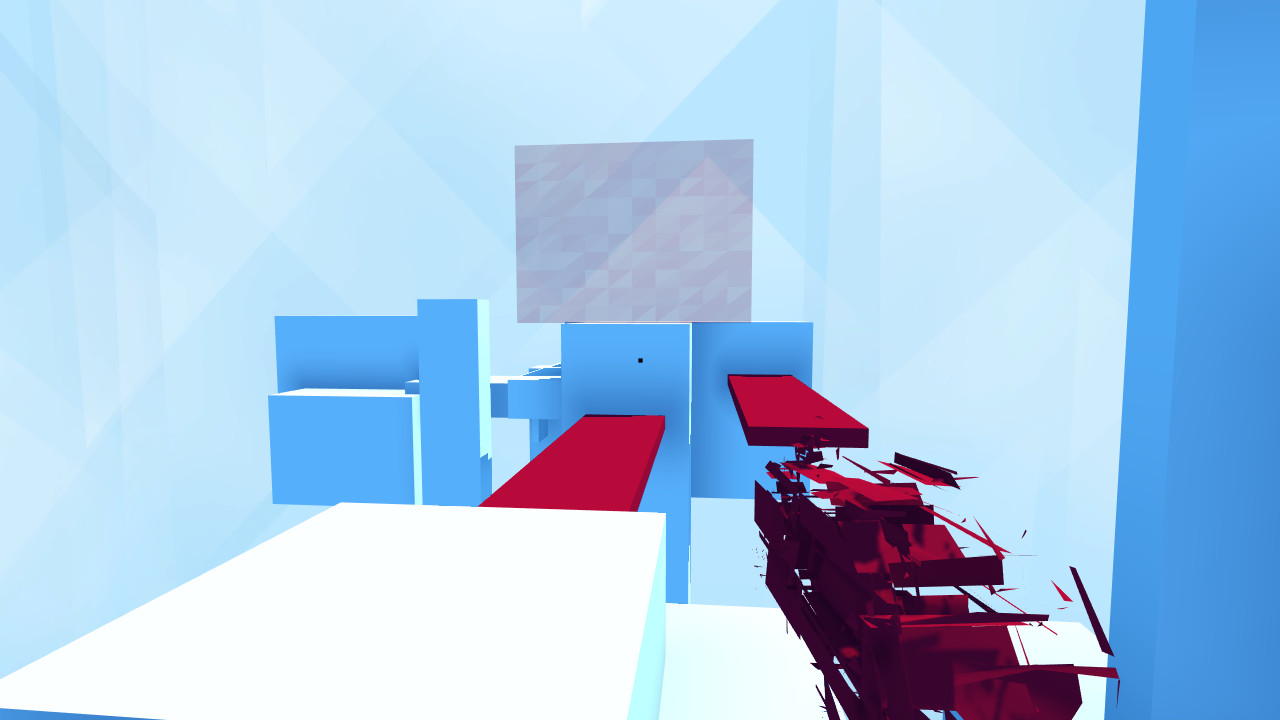 The stark, cyberspace look of the world works well with the concept of the game. It harkens back to memories of Tron, making me feel like a program trying to hack my way through the grid. Also, because of white being one of the main background colors and red indicating objects that you can edit, it reminds me, in a strange way, of Mirror’s Edge, though there is definitely no parkour or anything like that in this game.

The ambient music is sufficient to keep you from feeling bored or rushed while you sit trying to piece together any particularly difficult programs, and the respawn and auto-checkpoint system is very good at putting you right back where you were right before you died, so there’s no having to redo puzzles that you already figured out. The game has very little overhead and runs extremely smoothly. For an early access title, I was surprised at how polished the game felt. 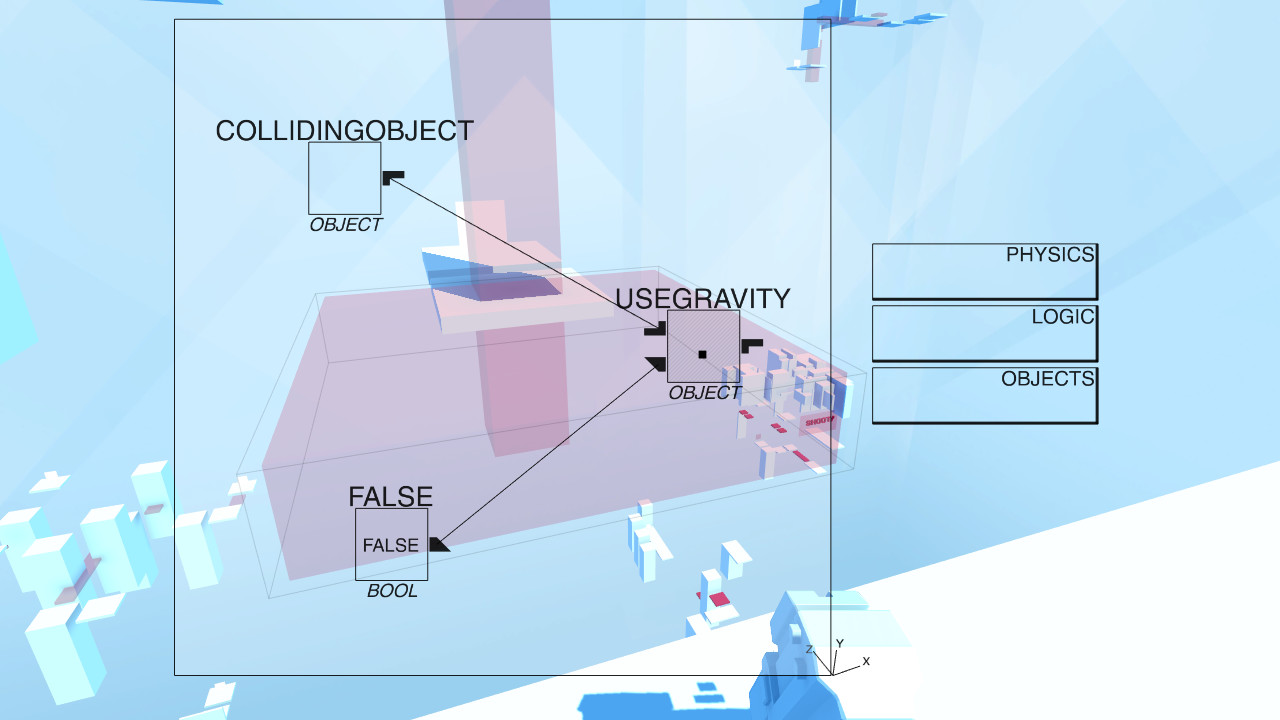 I think there is a lot of promise to this game. While the game description hints at a story of you trying to hack your way to a mythical part of cyberspace called the “glitchspace” there really is no story actually in the game, as of yet, so I will be very interested to see it all come together with some kind of narrative, which is what set Portal aside for me as a truly entertaining puzzle game. The story and narrative is what really kept me going from room to room beyond just trying to figure out how to get to the next door.

The devs of Glitchspace have a seriously solid foundation for an impressively interesting puzzle game that will take its place among the greats if they keep building on that foundation and create a truly amazing world and story to go along with the already intriguing and unique mechanic. Time will tell if they follow through, but in the meantime, the game is still very enjoyable for the $10 price point. 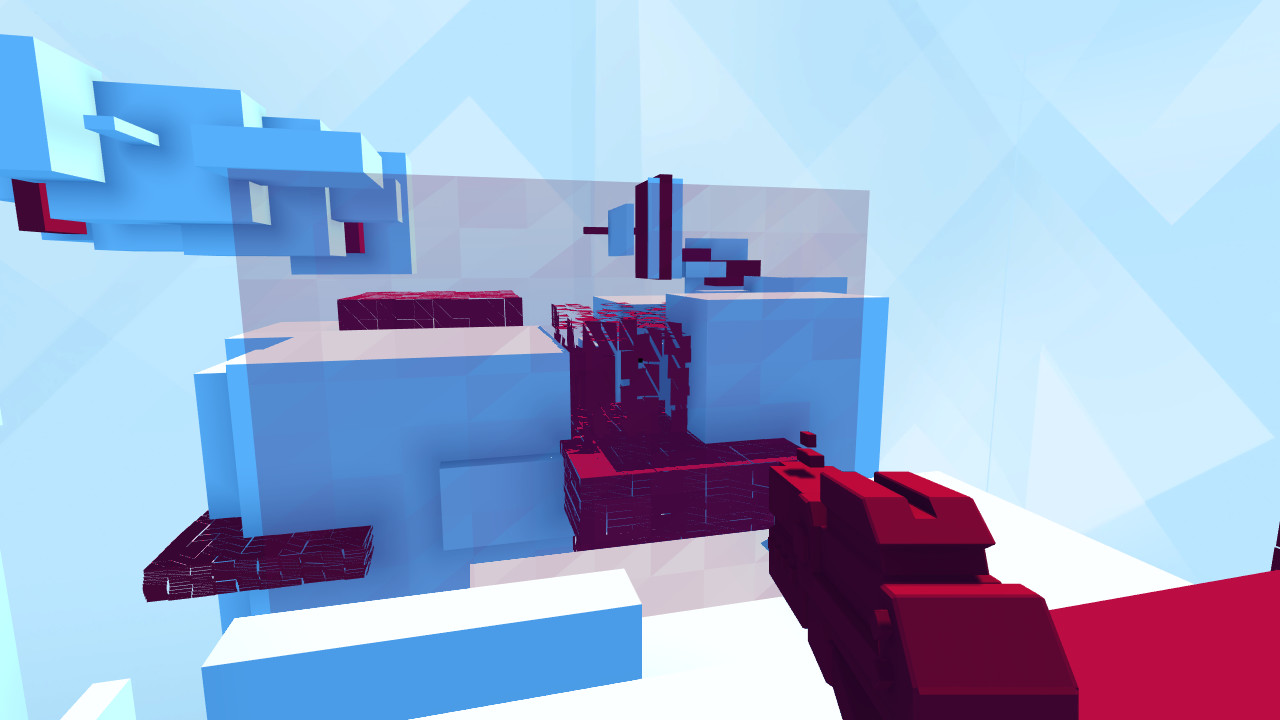 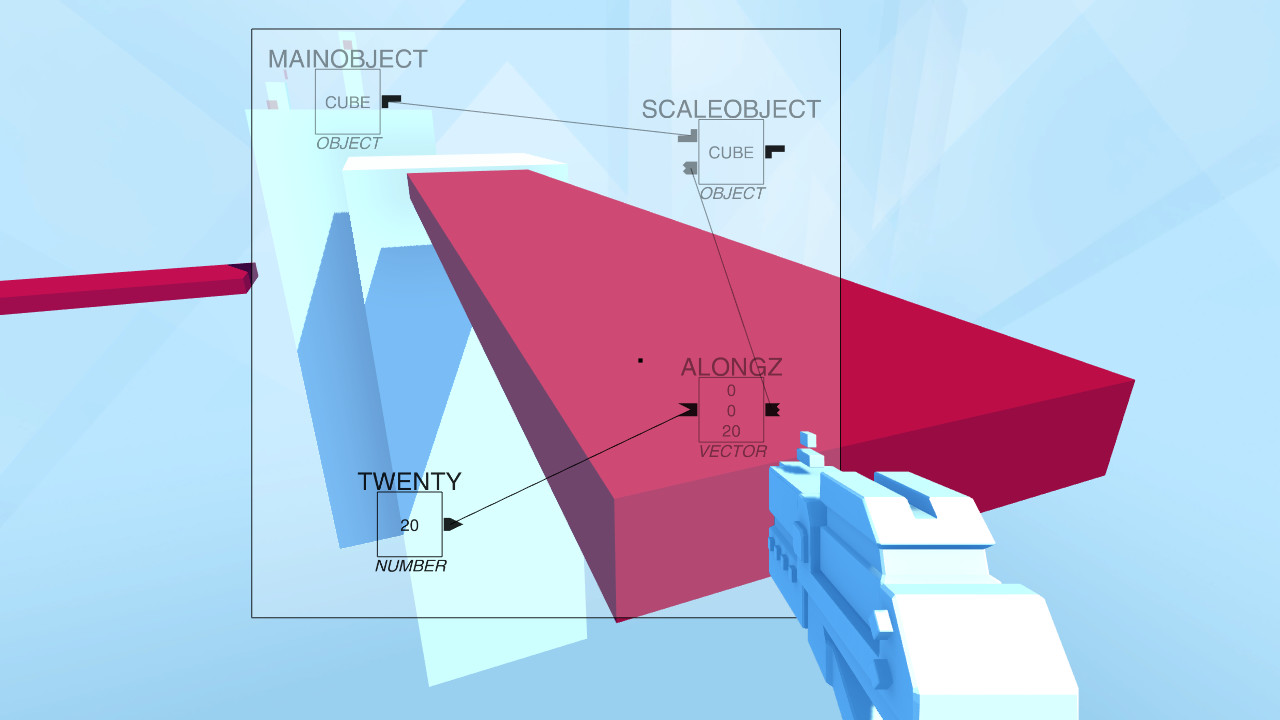 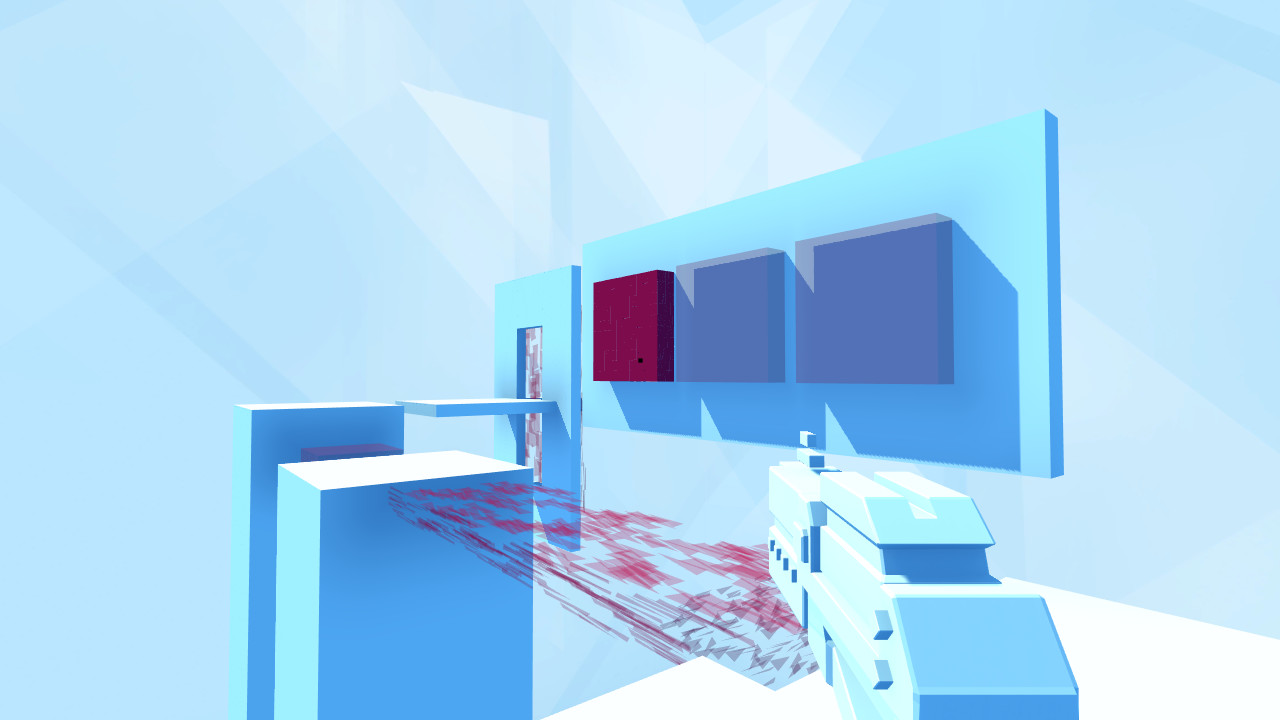 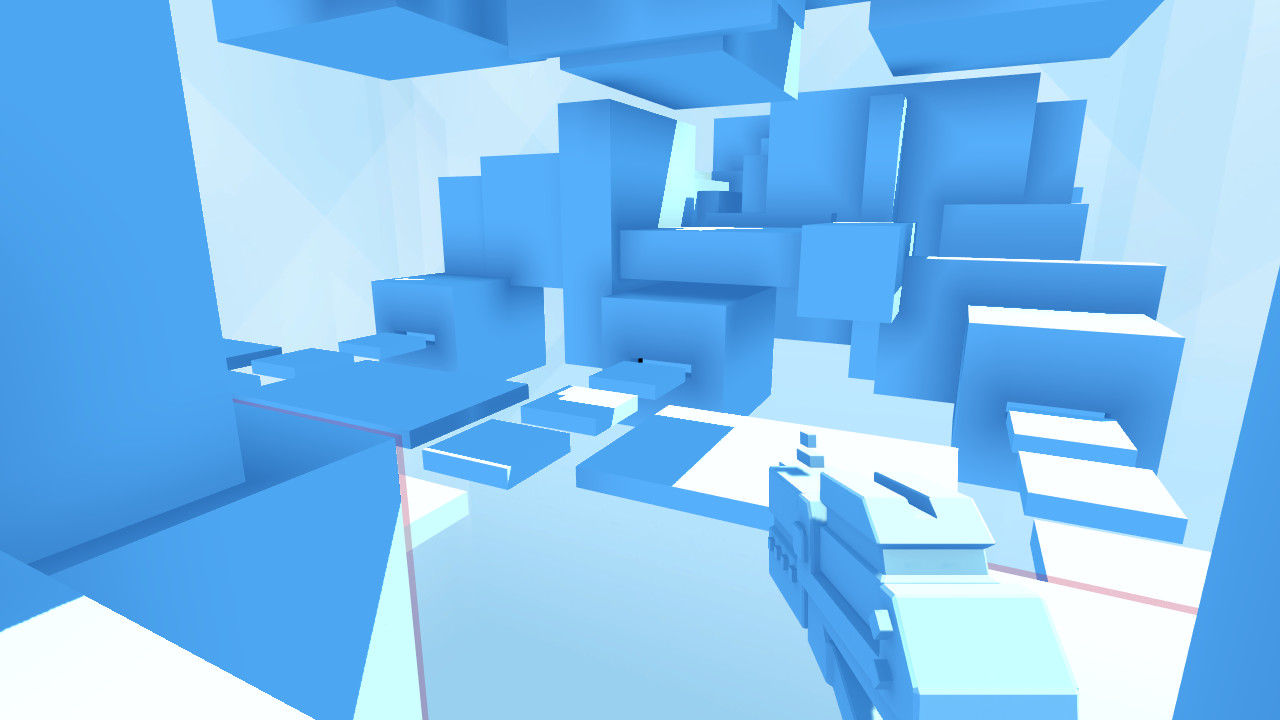 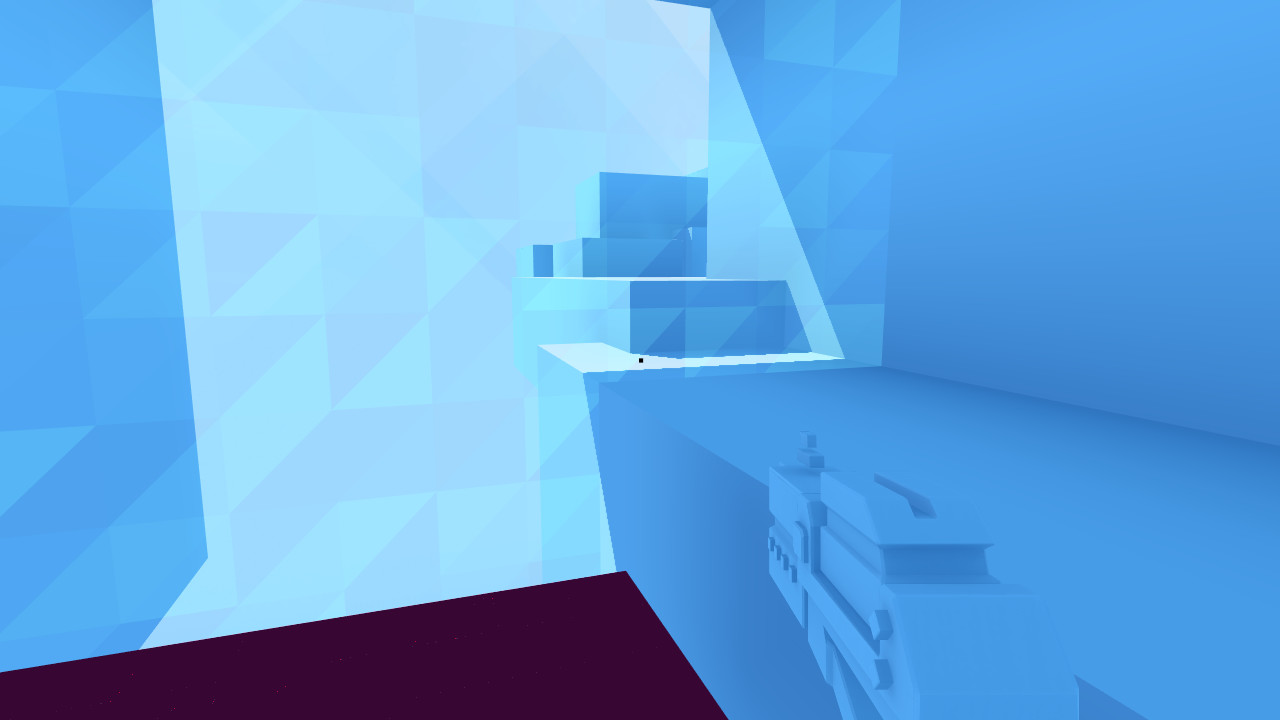