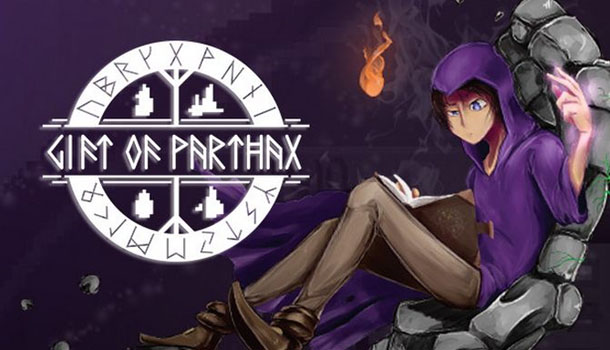 An overall lack of content makes this seem more like a quality component to an absent larger game.

There was a period of time where almost every single game that was released contained either a horde or arena mode. They’re a good way to practice combat abilities, or to prolong the life of a game once the main narrative is completed, but they were often a shallow experience, feeling a little tacked on and largely unnecessary. Gift of Parthax, from Danish developers Foldergeist Studios, is attempting to tap into the unexplored potential of an arena battler, with customizable spells and multiple seasons bringing more depth to the usual experience.

Gift of Parthax presents a simple experience, where you enter into a series of battles in an attempt to rescue your friend, and along the way you gain new spells and increased magic powers, and fight through a variety of environments based on different seasons. There is a story running in the background, but it’s largely throwaway and can easily be ignored, and aside from some of the end of chapter bosses making allusions to something bigger going on, it doesn’t encroach on the gameplay in any meaningful way. Gift of Parthax does boast multiple endings depending on choices that you make through the course of the game, but I found it difficult to bring myself to care enough about any of the characters for these choices to have any weight. 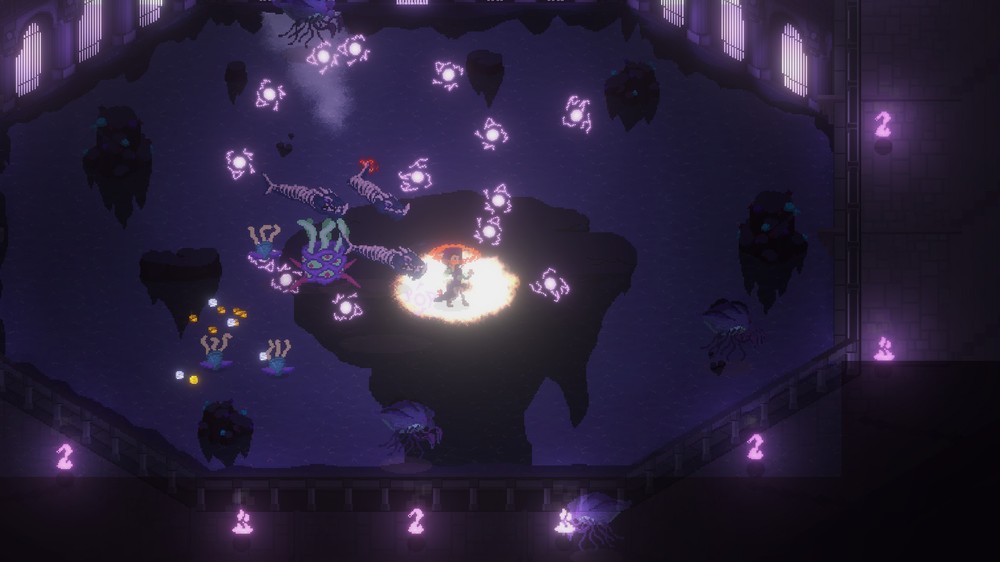 Though it may seem a little pedantic to some, Gift of Parthax didn’t get off to the best of starts with me, with the word ‘loose’ being used in the place of ‘lose’. This is a particular pet peeve of mine, but considering that English isn’t the developers’ first language, I was willing to forgive it. However, grammar throughout the game isn’t great, and this is on top of text that is difficult to read because of the pixilation of the visuals and the font that’s been chosen. Gift of Parthax isn’t a particularly attractive game throughout, and the pixelated graphics seem like a strange choice. When retro-styled visuals are used, they usually have a degree of charm, to them, or the game itself is operating as a throwback to similar titles of yesteryear. Gift of Parthax feels more like the visual choice was arbitrary, and it means the visuals feel a little off for no real reason.

The gameplay is a more polished experience, but I couldn’t help but feel as if it grew stale fairly quickly, even with the option to customize your spells. As you battle through different arenas, you gain gold and new spells, and these spells can be customized by runes that you purchase with the gold. These can add extra damage or new abilities, such as homing projectiles, and this goes quite a long way to feeling a sense of ownership over the main character. With the amount of gold that you earn from each battle, you’re often able to purchase at least one rune from the merchant, providing that you don’t need to spend all your winnings on health or mana potions. This means that you’re almost constantly chopping and changing your arsenal (if you so wish), and means that each battle can feel different from the previous one. 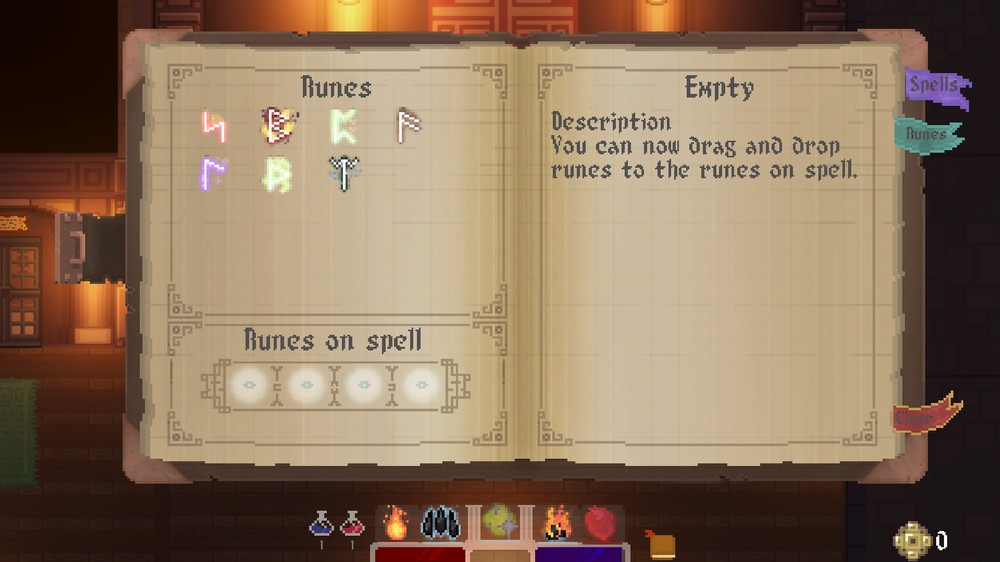 Combat is relatively simple, with movement and aiming tied to the analogue sticks, and spells and potions using the face and shoulder buttons. The overall experience is pretty close to a twin-stick shooter, with some spells requiring aiming, and some requiring placement, though occasionally the game slightly veers into the bullet-hell genre, with multiple projectiles and enemies filling the screen. Enemies vary through the seasons, though there only seems to be a limited number for each season, meaning that you’ll often be fighting the same mixture of enemies, just in a larger group.

Gift of Parthax isn’t a bad game, and it certainly isn’t badly made, but it is a stark reminder of why arena modes are often tacked on to a larger game, and don’t form the major aspect of a title by themselves. The gameplay loop present here gets repetitive quickly, and though the ability to customize your spell loadout is welcome, there isn’t enough to do outside of the arena, or enough narrative intrigue, to encourage players to push on. This is the kind of game that doesn’t have enough drawbacks to recommend players to stay away, but on the other hand, there isn’t enough that it does right to encourage people to pick it up. You’re likely not going to regret a purchase, but you’re also not going to miss anything if you steer clear. 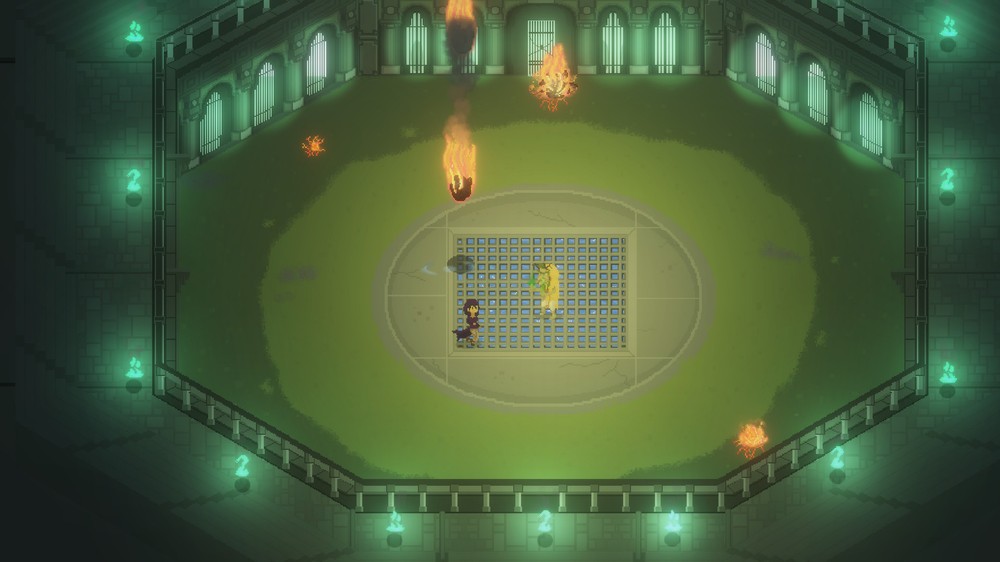 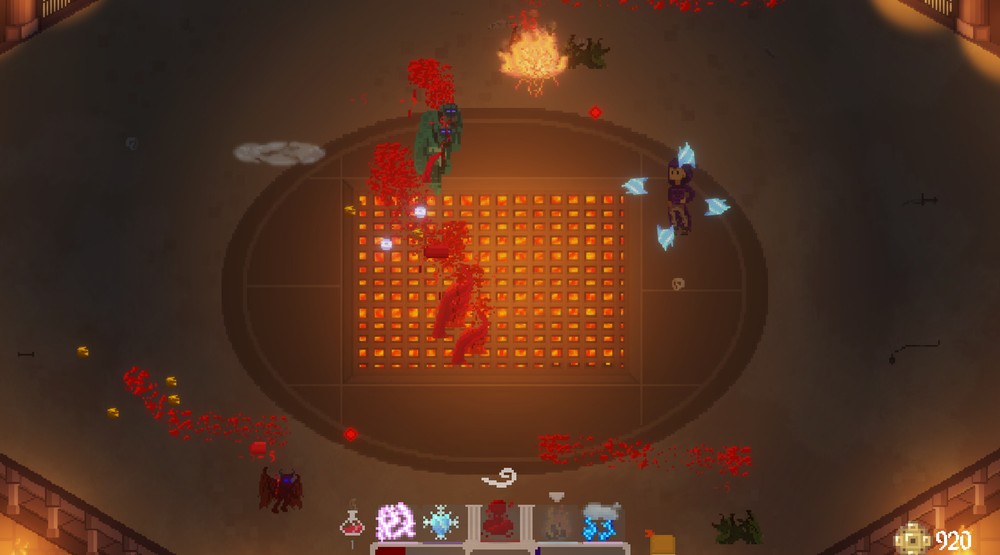 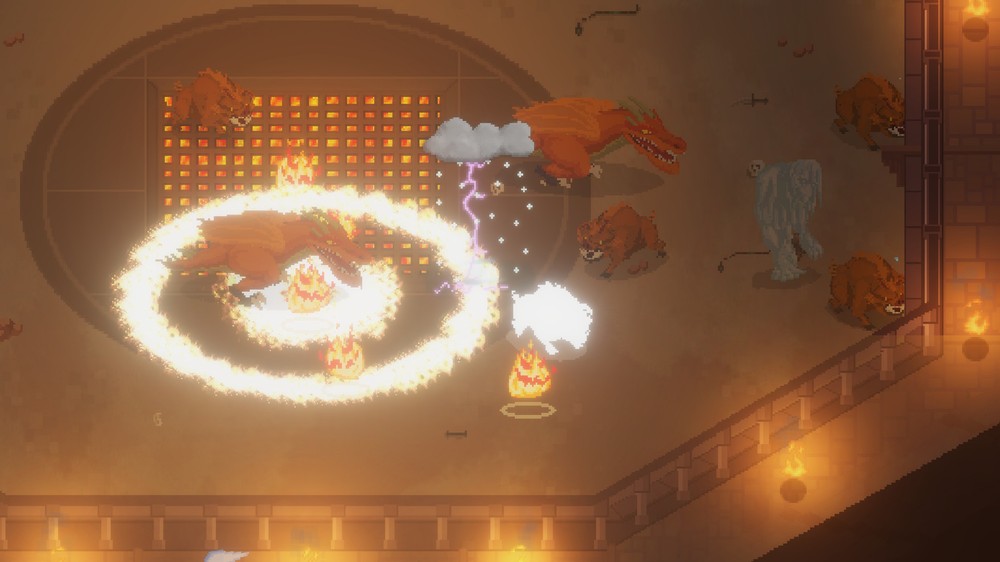