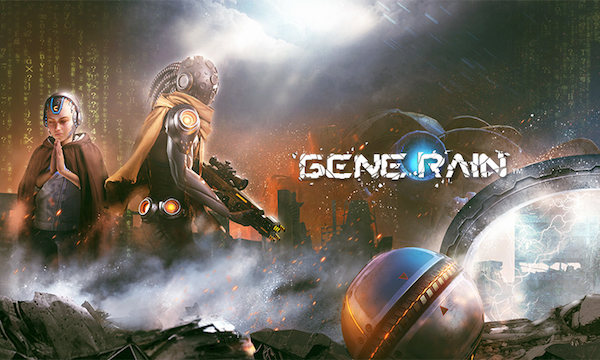 - Feels like a knock-off
- Horrible translation
- Experience is dull

There’s next to nothing positive I can say about playing Gene Rain.

I don’t think that I’ve knowingly played a Chinese-developed game before. However, thanks to developer Deeli Network releasing a third-person shooter called Gene Rain, I can cross that particular country off of my list. Gene Rain tells the story of an invasion of Earth, a new subspecies of humanity, and a dystopian future where gene modification is the norm. Or at least, that’s what I think the story was, as I didn’t understand much of what was going on, for the most part.

Gene Rain attempts to ape the gameplay of successful third-person cover-based shooters such as the Gears of War series, or even the gun combat in the later Mass Effect games, and perhaps the kindest thing I can say about it is that the gameplay at least resembles these titles. Combat can be described as competent at best, and dull at worst, and you’re never quite sure whether your shots are hitting the enemy or not, and likewise, whether you’re being hit by the enemy. This isn’t helped by an aiming system that seems to work against the player, or the fact that your character will pop in and out of cover, seemingly at random. 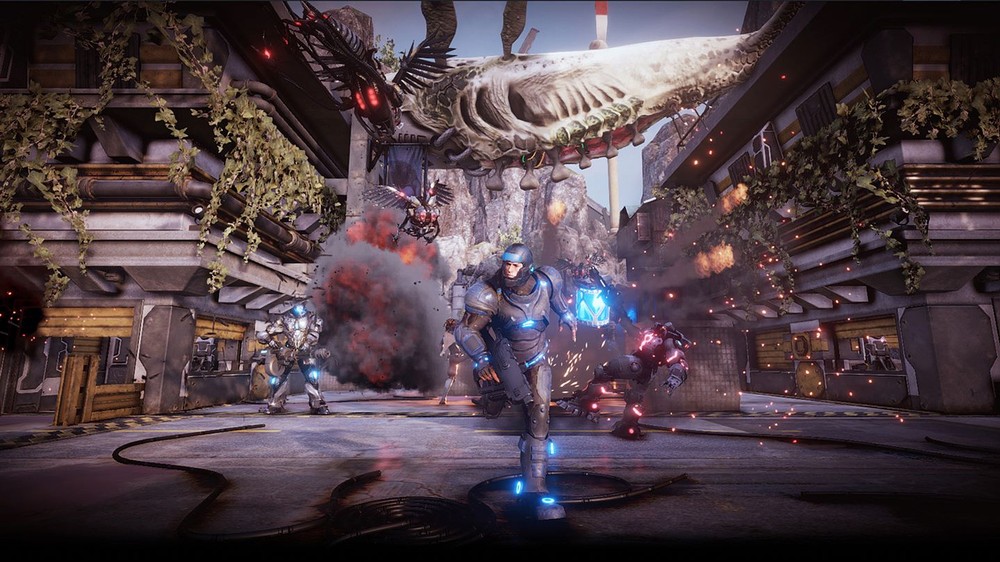 Your journey through the game will take you to a variety of environments, but there’s no established narrative through-line to provide context as to why you’re visiting these areas, and the fact that each locale feels like a cookie-cutter series of arranged buildings and objects that have been artificially placed for the sake of being in a game. There’s no sense of natural environment building, or any idea of these worlds ever being lived in. Levels are short, often over in a couple of minutes, and though some present themselves as being a little more open, most of your time will be spent being filtered down what essentially amounts to corridors, ducking behind cover, shooting enemies and moving on.

Sometimes I’ll play a game, and even if the story is subpar, or the environments aren’t entirely believable, the story that’s presented will provide enough context to allow me to immerse myself, or enough interest to encourage me to overlook a few flaws and push on. Gene Rain fails on this point in two different ways, both separate and intertwined. The first problem is that the story is largely incomprehensible and delivered in piecemeal bites that don’t seem to relate to what you’re doing in terms of gameplay. The second, which is a much larger issue throughout the entire game, is the presentation and delivery of dialogue, and the translation of any and all in-game text. 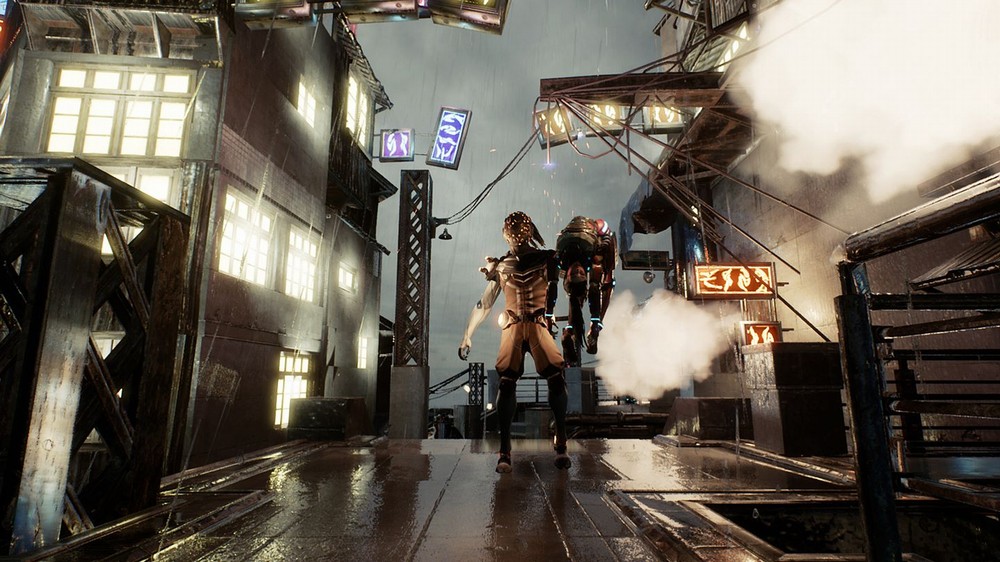 When I first started Gene Rain, there were a few issues that popped up that I thought were down to an inconsistent translation job, such as using the word ‘putter’ instead of ‘handle’, and sentences that were written like they’d been put through an online translator. After a few minutes, though, I realized that this was a far larger problem. The entire script feels like it was thrown into a blender before even seeing a translator, and the vocal delivery of the script sounds like it’s been acted by people who haven’t spoken English before. This isn’t a case of laughing at foreign actors pronouncing words in a different way to native English speakers, but more an example of almost being able to hear the moment where an actor sees a word on a page that they’ve never seen before, and their brain processing how to make the particular sounds necessary to make the word sound believable.

The delivery is further hamstrung by audio quality that is among the worst that I’ve ever heard. Explosions and gunfire is crunchy and generally low quality, but once again it’s the dialogue that truly takes the biscuit. Alongside the already mentioned language barrier issues, some of the lines feel like they’ve been recorded over a Skype call with an especially bad connection, and there are multiple occasions where a line of dialogue starts playing before the one previous to it has finished, with both lines often being spoken by the same character. To be honest, it’s such a mess that it starts to border on being enjoyable, similar to how a really bad movie can be a good experience, especially if you’ve got a good group of friends over. 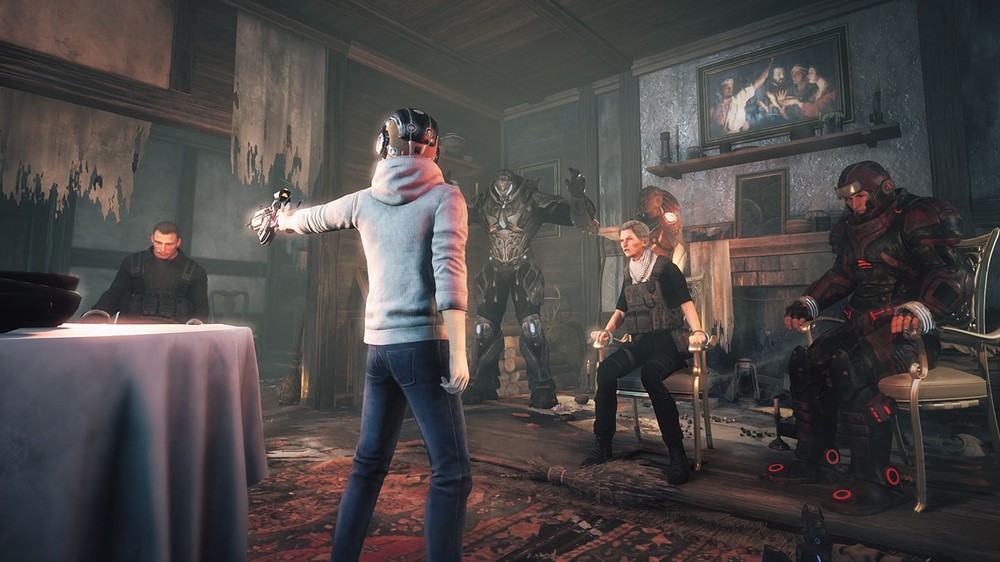 This analogy typically works with a movie where you can passively sit back and enjoy the mess showing up on screen, but the problem with it happening in a game is that you’re required to be an active participant. I can’t remember the last time that I unequivocally recommended against buying a game, as I often find that games that don’t agree with me will have redeeming features that others may well enjoy. In the case of Gene Rain, the only people that will get any enjoyment out of the experience will be those looking to see how a bad game looks. With multi-million dollar budgets and endless Quality Assurance, it’s becomingly increasingly rare for an explicitly bad game to see the light of day, especially with a console release, but Gene Rain has managed it. There’s next to nothing positive that I can say about the experience of playing Gene Rain, and as such, I’d advise almost everyone to steer well clear. 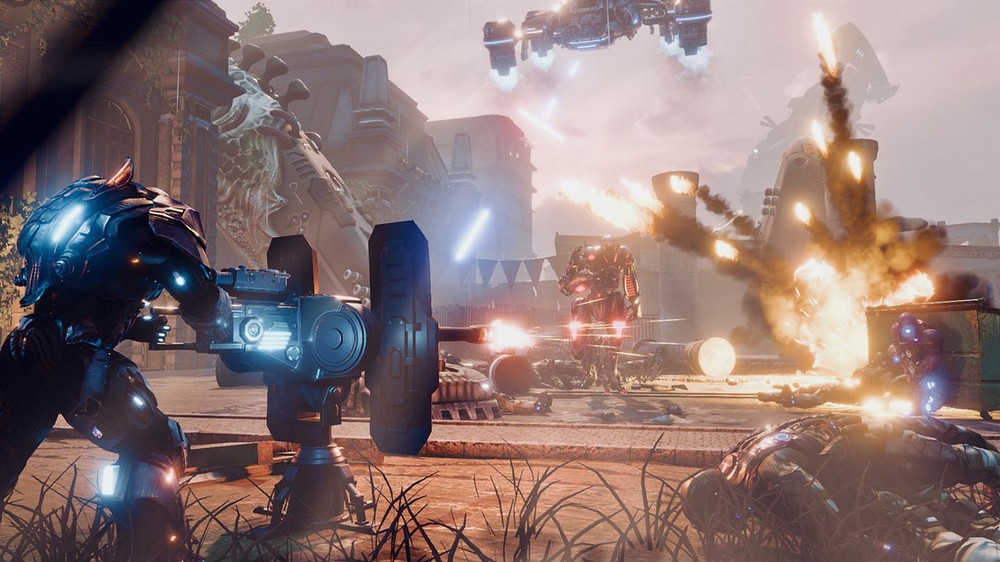