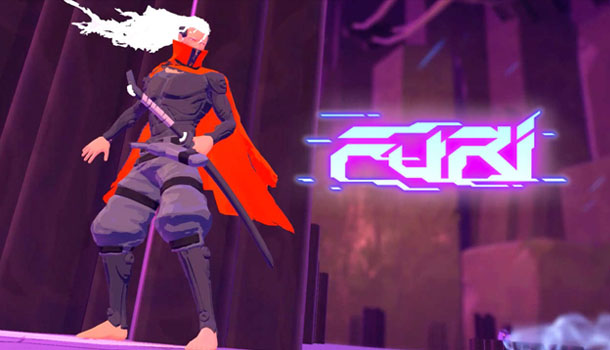 Follow the rabbit…just follow the (sort of) rabbit. Okay so he isn’t a real rabbit but he did just get you out of your prison cell. This is the start however of the all-boss fighter Furi by indie developer The Game Bakers. Imprisoned for reasons unknown to the player at first you will spend each step of your journey heading from one jailer or rather Guardian to the next in your quest for freedom.

Furi isn’t the first game whose focus pits the main character against massive bosses in an attempt to fix some peril or another. In this case it seems it’s your own life has taken a turn for the worst. In the theme of titles like Shadow of the Colossus you play as “The Stranger”, you must start out by facing the jailer known as “The Chain”. This three faced being is your first boss and acts as your grueling tutorial to your character’s abilities.

The first thing that I noticed about Furi was its strong visual style and constant use of neon colors. This shouldn’t have come as much of a surprise though given the game title art and the fact that Furi is one part bullet hell twin-stick shooter. Each of Furi’s bosses gave the developers new and cool chances to use neon in their attacks and their character designs to present to the player. In that I think they succeeded with the help of Takashi Okazaki, creator of Afro Samurai, whose work was the first thing I thought of when I saw the main character and his mysterious animal head wearing releaser. 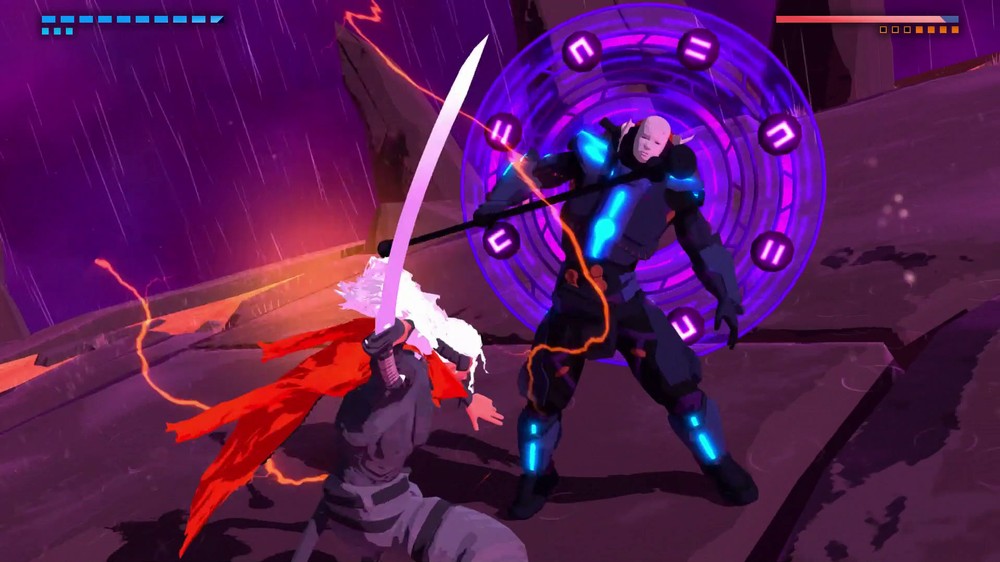 The neon coloring lays aid to the player in the form of the game’s combat mechanics. Combat is staged on various sized arenas and patterns to learn to change things up but the core mechanics of each fight remains the same. Each fight is broken down into two parts that will repeat based upon how health bars the boss has. This number will also vary upon what difficulty you close to play on. The first part of the each fight “round” is usually the twin-stick shooter side of the fight where your opponent will move around the field attacking you from afar with energy attacks as you try to take down their shields. These vary from shootable (or not) energy balls to energy walls or beam that you have to dodge through.

The second part of each round is usually comprised of a much smaller up close arena area surrounding the boss where melee is key. Here you must dodge his attacks while trying to get in a hit. This often requires timed parries that leave the boss open to an unavoidable attack. Parries are also one of the few ways that you can regain health aside from collecting green orbs that show up on the field usually from destroying energy balls. 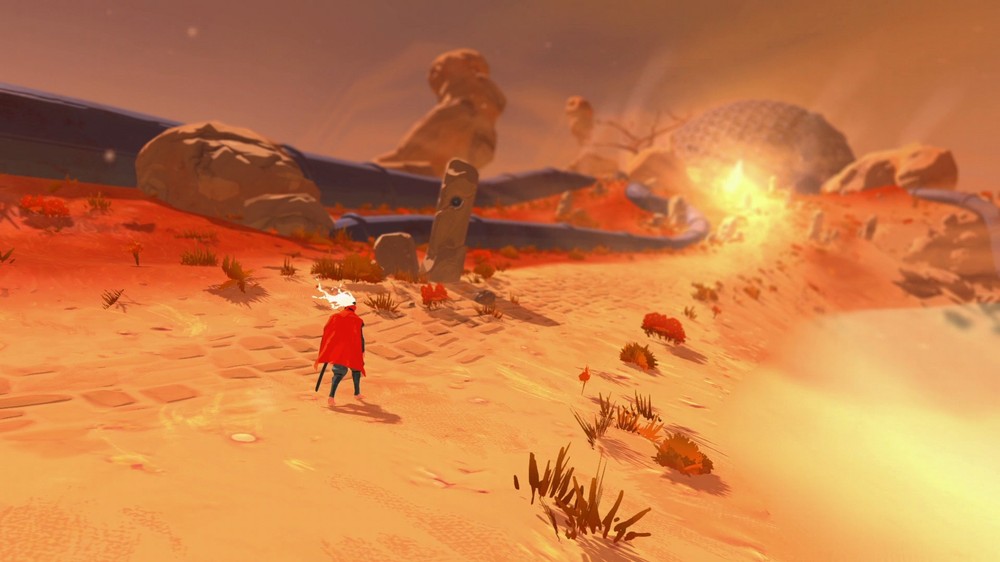 The thing about Furi is that this a game all about player skill and getting better much like the way Dark Souls challenges you. The difference however is that here there isn’t really any player upgrades to be found here. The fights are tough and I mean really tough and they don’t always follow the same routines. For instance there will be some fights where melee is more important than shooting.

Players can choose to change the difficulty if things get too tough. This does however disable trophies and the ability to try the harder Furier mode as well as the Speed Run mode. This does allow the player to enjoy what story there is by making the bosses a little bit easier to beat but at the cost of making players feel a bit berated for not being able to handle the game as it is intended to be played.

Regardless though of your choice in difficulty, Furi does have an interesting storyline despite how it somewhat limited. The moments between each grueling fight not only give you a chance to relax your fingers but give you time to enjoy the set pieces that make up each path to the next jailer. The downside is that these transitional paths suffer from the Resident Evil effect when it comes to navigating the almost dreamlike landscapes as the analog tank controls outside of combat will often reverse when the camera angle changes. 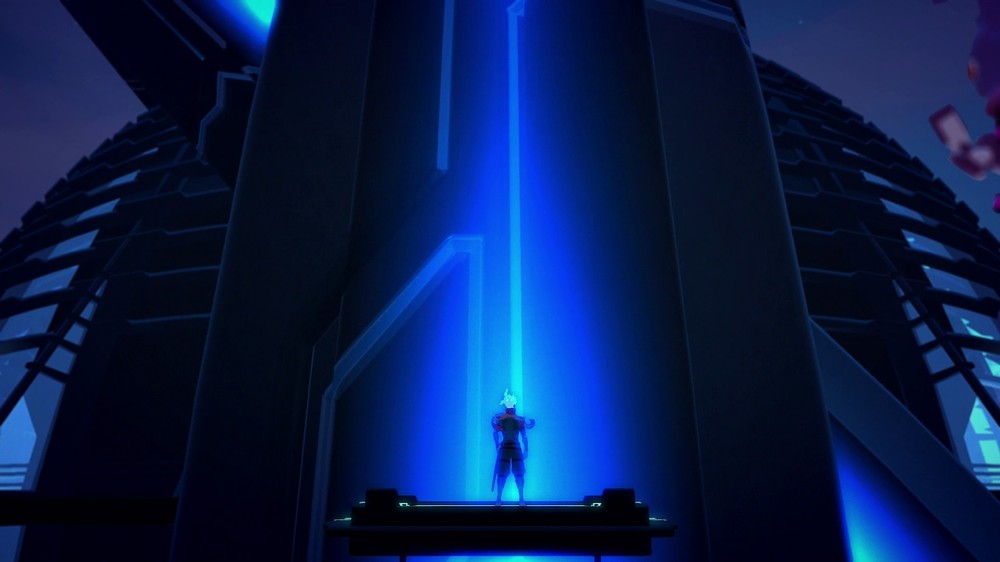 Each level of the prison has its own theme that correlates to the jailer like a Zen garden for one or a murky pond of sorts for another. The character models for the bosses are also nothing less than what I expect from Takashi Okazaki, being a fan of Afro Samurai myself, in their design as well as that of The Stranger whose own hairstyle is very recognizable again to fans of his work. The music of Furi is the final piece that brings everything together into one fairly solid package. Since neon is the main art visual what goes better with that than a stellar electronica score with talents such as Carpenter Brut, Waveshaper and The Toxic Avenger present during combat. The music definitely was a driving force for me to keep trying to overcome the tough challenges that lay ahead.

Is Furi the perfect boss fighter out there and will it be accessible to every player? Probably not. Much like Dark Souls, Furi will thrive with a certain niche of players that relish in the challenge to overcome and perfect their skill. I’ll admit I rather enjoyed Furi with all it had to offer and even though I got my butt kicked time and time again I kept at it until the very end. Well one of them anyways. For now, if you’re looking for new challenge that blends twin-stick bullet hell action with cool melee swordplay then check out Furi available on the PSN today. 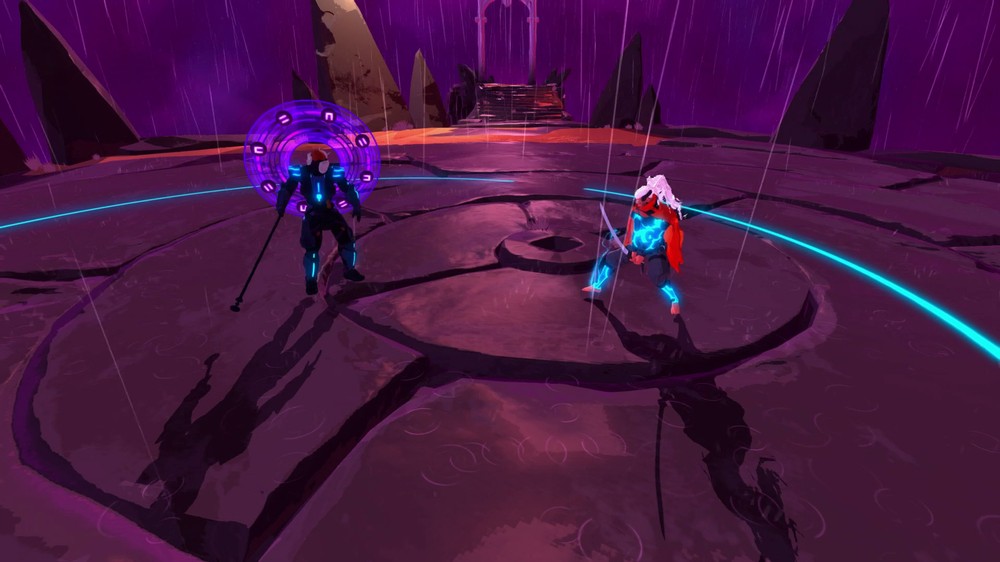 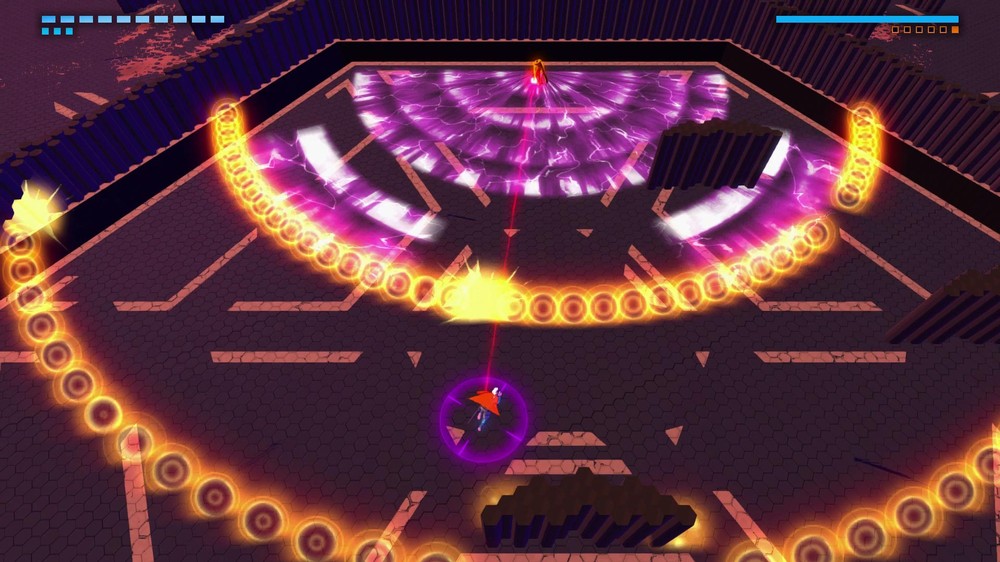 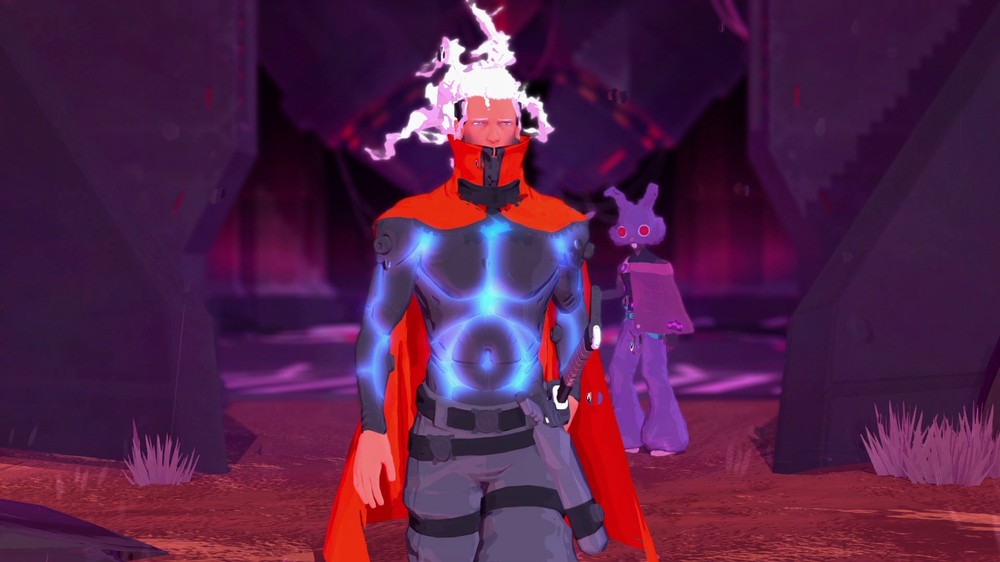 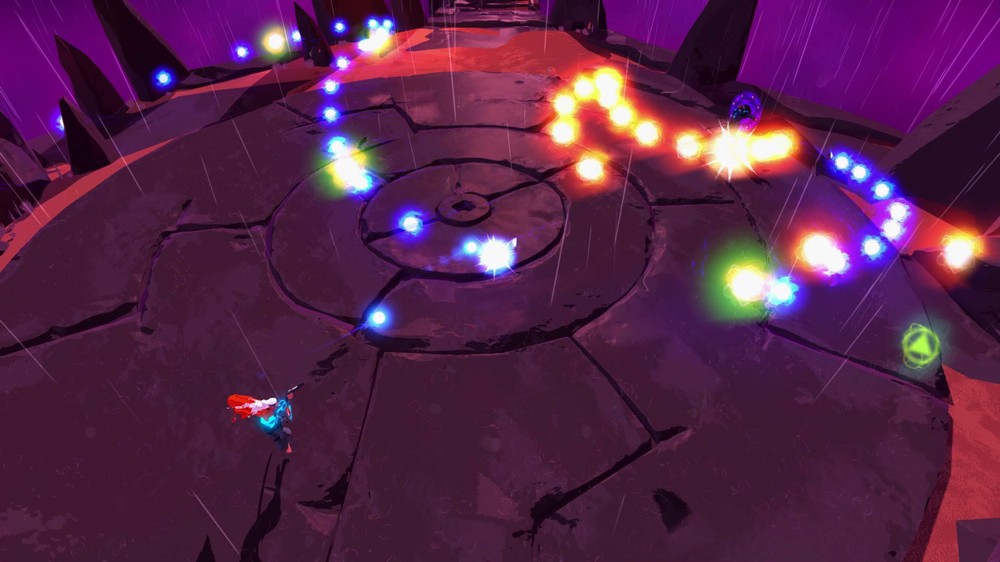 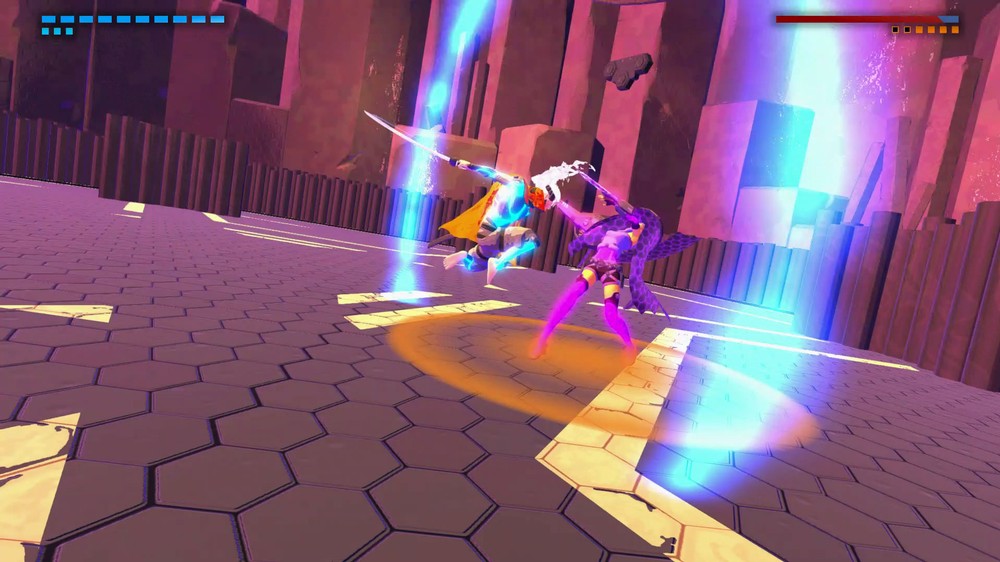 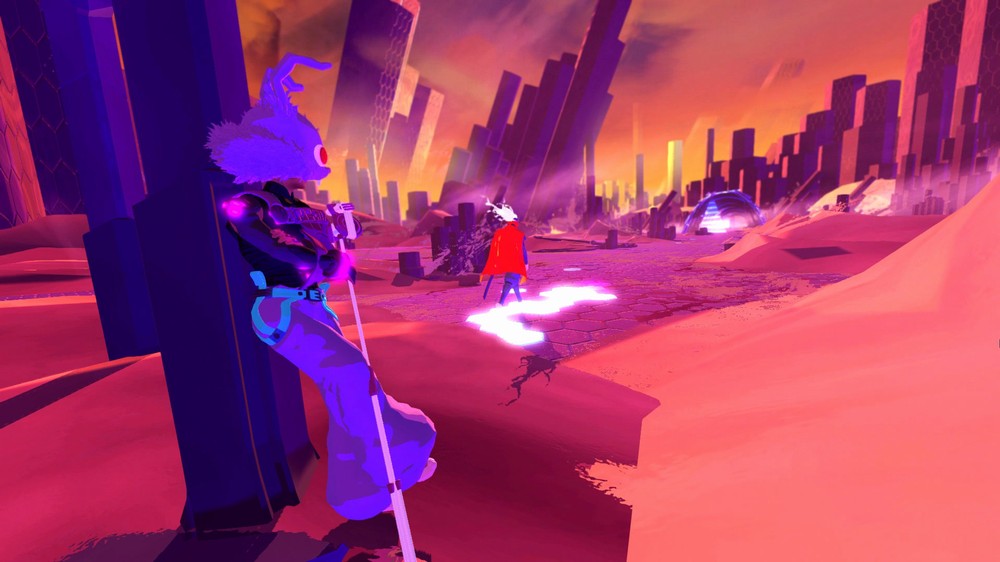