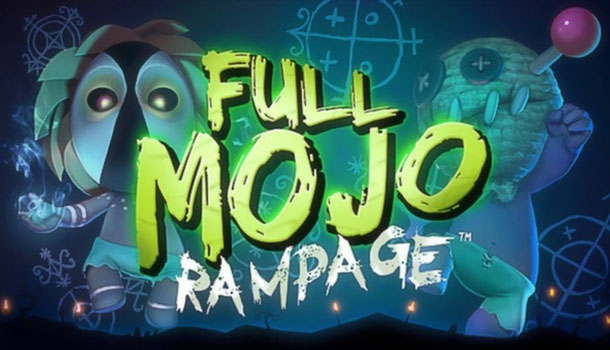 - Inventory management is a pain

Roguelike fans should find a lot to enjoy.

Full Mojo Rampage harks back to the days of Gauntlet, where up to four players could venture out together on a quest to defeat evil. However, while vintage games would often erase all your progress upon death, Full Mojo Rampage allows to you maintain a steady growth of stats and equipment, all the while changing up the environments in which you’ll fight, and the path you’ll take towards the endgame. A mixture of roguelike, RPG and twin-stick shooter, Full Mojo Rampage is staking its claim on your co-op game nights.

Broken down into four different quests, Full Mojo Rampage offers up a fair amount of content, but each quest is only available upon completion of the one preceding it. This may seem initially easy, but a quest has to be completed in a single run without dying, equaling four or five levels and two boss fights. It’s highly unlikely that you’ll make your way through a chapter on your first few goes, but thankfully any experience that you earn, and some items that you pick up, stay with your character through their resurrection. 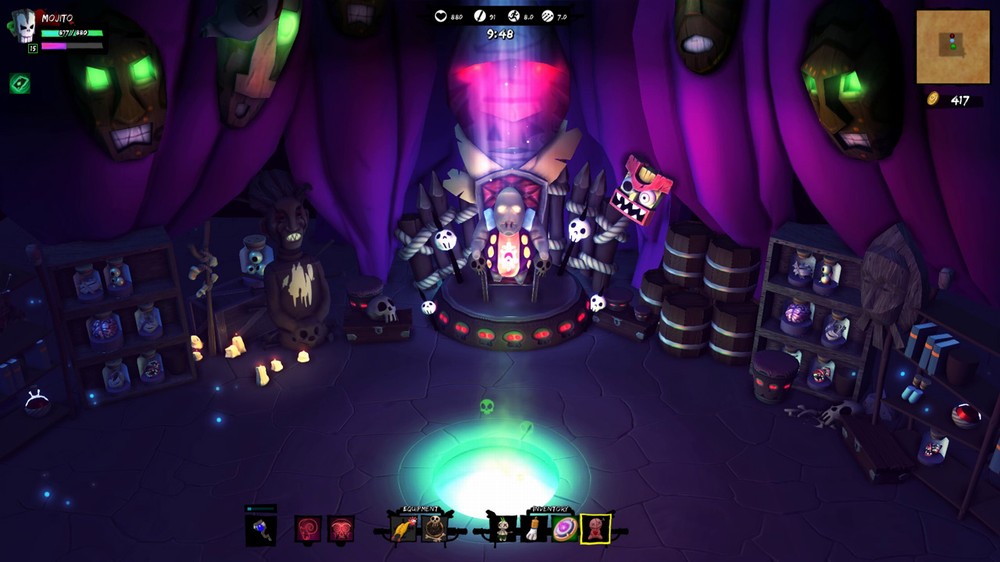 Each time you level up, your next death will be greeted with a prompt to return to the character menu, where you can increase health, damage dealt, movement speed or attack speed (one each level), and manage your pins and loas, the two items that remain permanently in your possession. Pins are effectively buffs, equipping you with such bonuses as a better chance to block, or a percentage chance of causing a poison effect with your attack. Loas, on the other hand, determine which voodoo deity you serve, which in turn affects the special abilities available to you within the game.

Though a lot of your time with Full Mojo Rampage will be spent within the same environments, such as dungeons and cemeteries, maps change with each death, creating a fresh experience each time. This constant change even extends to the world map, meaning that you’ll encounter different orders of levels, and even different shops on each run-through. Combined with a regular stream of temporary pick-ups, each time you play Full Mojo Rampage is markedly different from the last, requiring you to adopt different tactics, and constantly being aware of your fluctuating strengths and weaknesses. 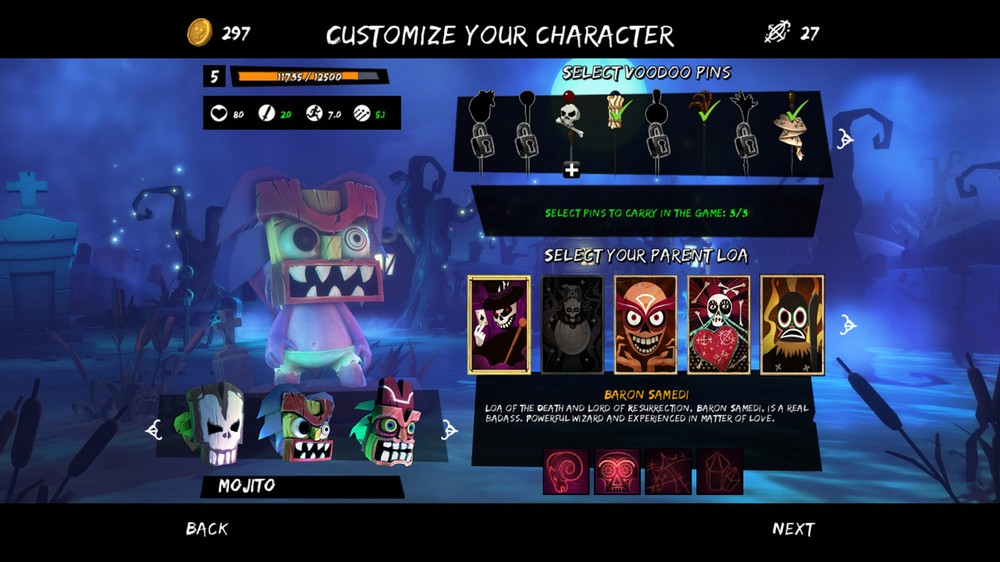 Pick-ups range from health boosts and map reveals to items that allow you to resurrect dead enemies to fight for you, and even humorous items such as disco balls, which cause your enemy to break into dance instead of fighting you. You’re also able to find and equip new staffs, with bring with them elemental damage or different firing patterns, though these often have a finite number of uses.

Inventory management is perhaps the biggest flaw in Full Mojo Rampage, though, as you’re only allowed to equip two items at once, and while you can carry three extra items, switching between them is a real pain. To change from a currently equipped item to another in your possession, you essentially have to drop everything you’re carrying, one by one, and then pick them all up again in the right order to ensure that you grab the items you want to equip first. For a game that is otherwise relatively fast-paced, this is an unfortunate way to grind the rhythm to a tedious and fiddly halt.

Full Mojo Rampage is a game that works well on two fronts. As a single-player experience, there’s a lot of fun to be had in throwing yourself at the quests over and over again, hoping to get far enough to make your way to the next chapter. On the other hand, it’s also a lot of fun with friends, either for extended play sessions or for a quick blast of co-op fun. While some of the game’s mechanics could have been implemented a little better, making for a more streamlined experience, there’s a lot of fun and good-natured frustration contained within Full Mojo Rampage, and roguelike fans should find a lot to enjoy. 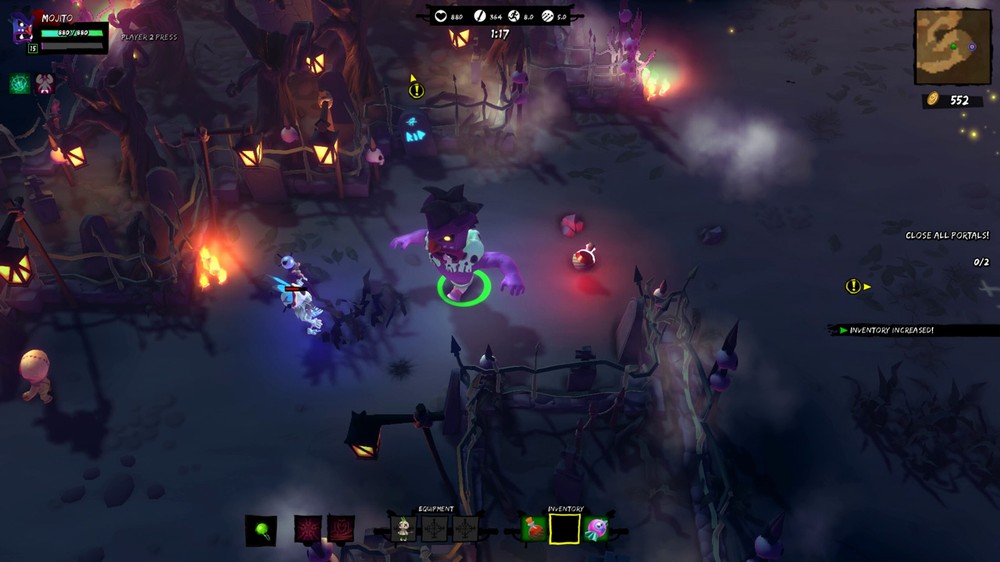 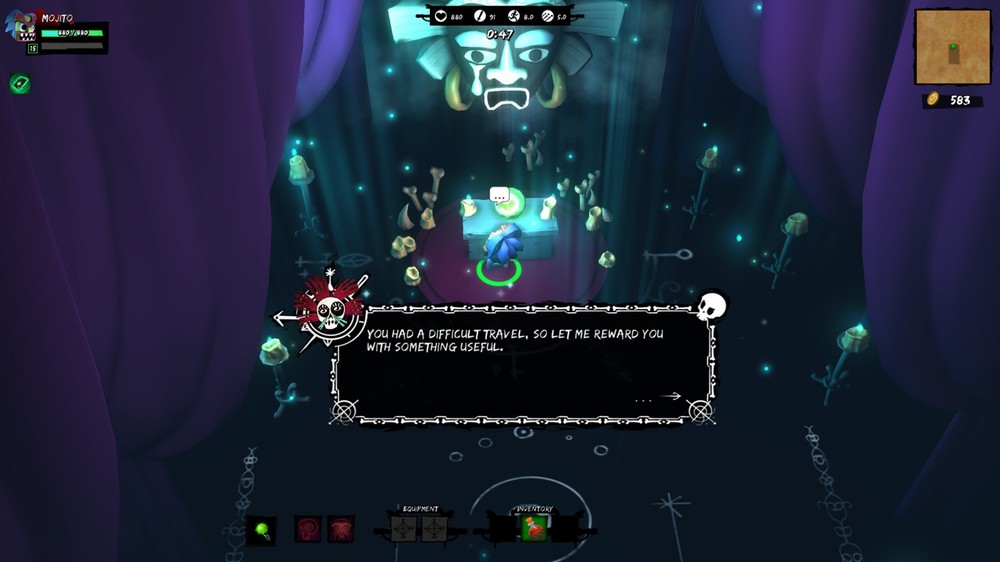 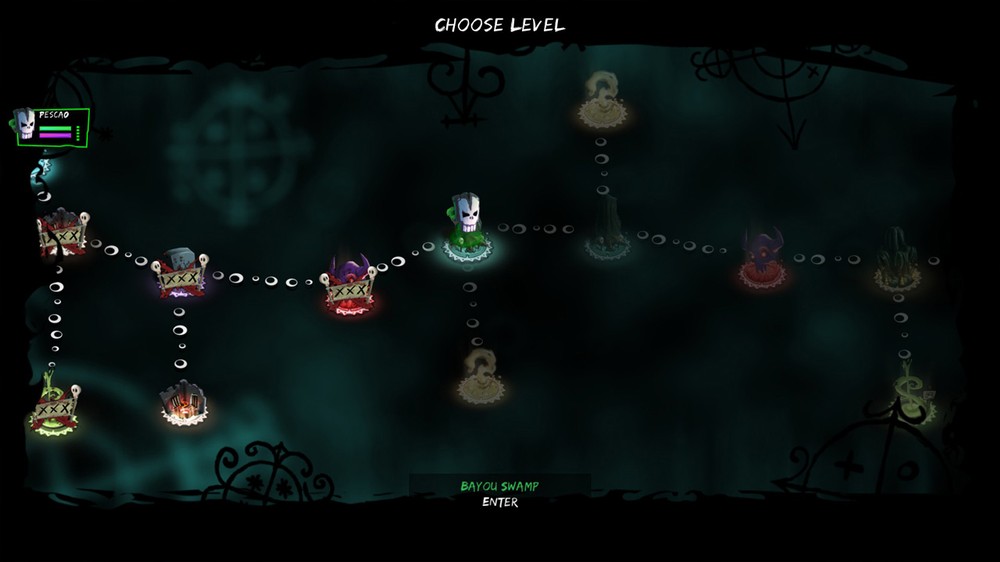 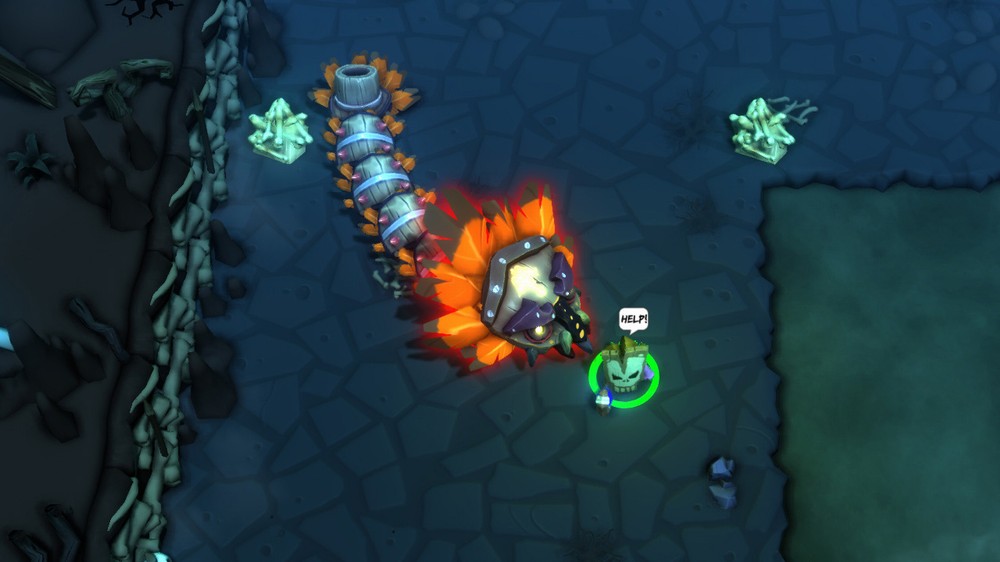 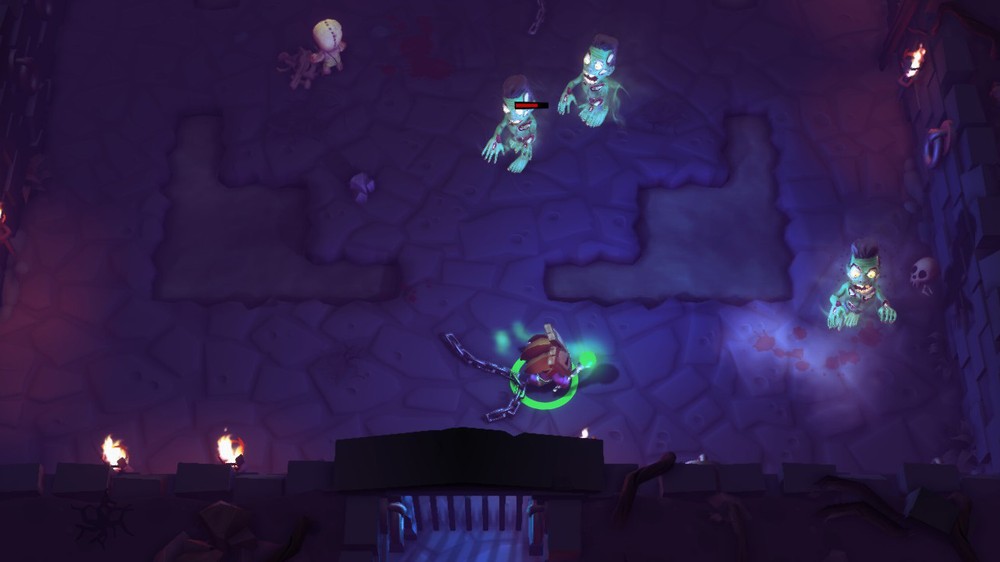 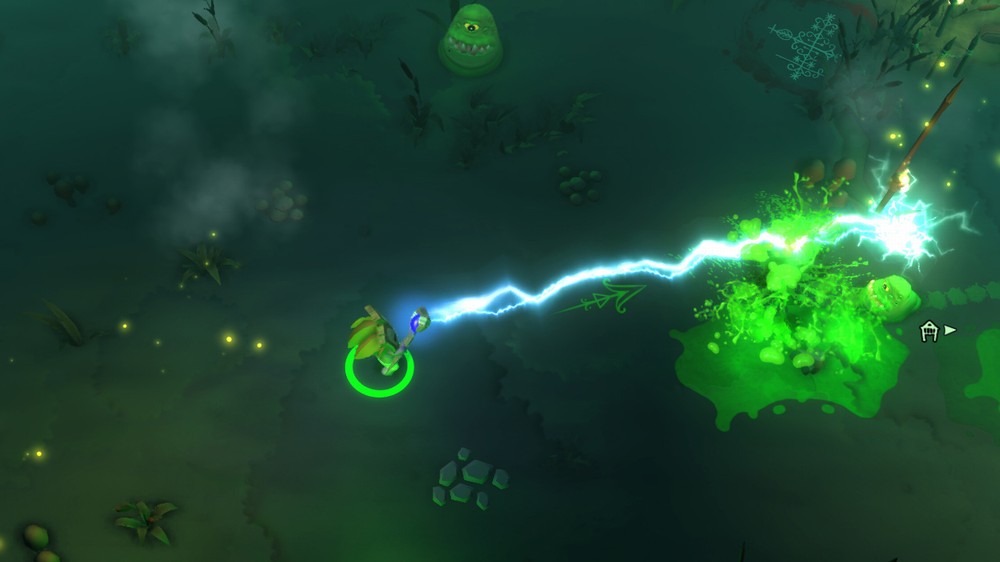 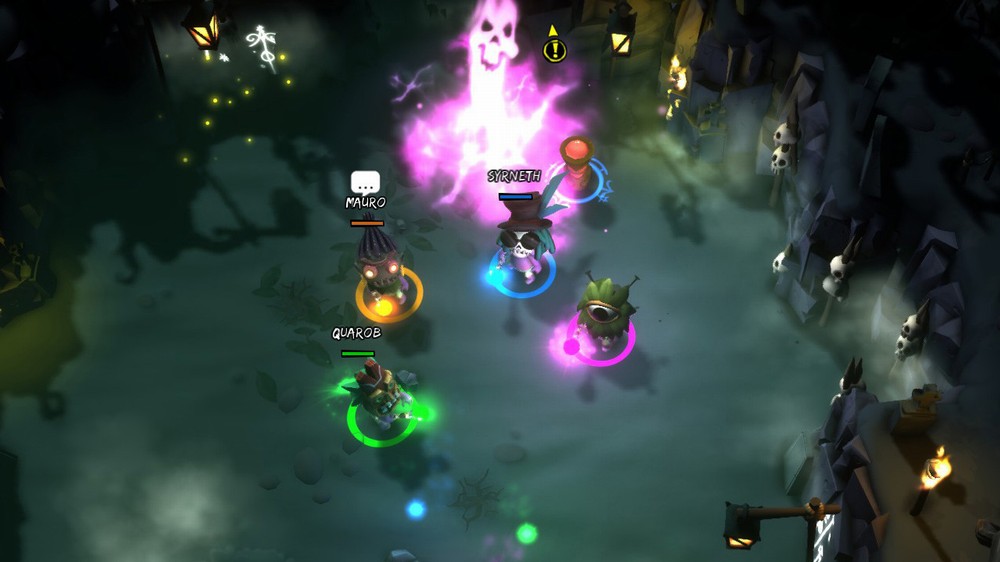 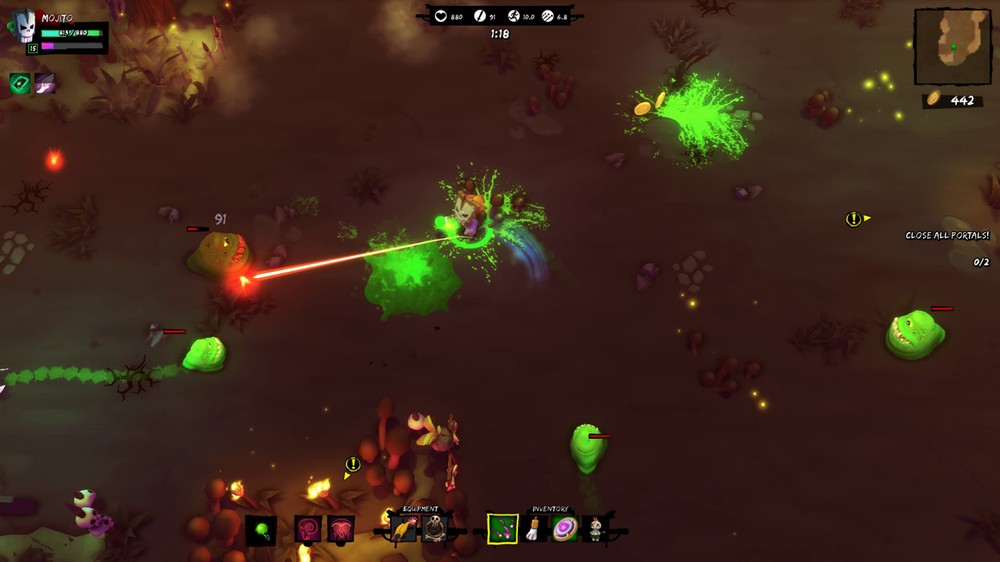