SIZZLIN'
TOP 10
1
1028
The Walking Dead: Saints & Sinners Review – Oculus Quest
2
833
Synth Riders Celebrates Anniversary with a Month Full of Treats and an Oculus Ques...
3
833
Worm Jazz Review – PC
4
833
Take to the Skies and Choose a Side in the New Trailer for Next Generation Air Com...
5
833
CRASH BANDICOOT 4: IT’S ABOUT TIME IS AVAILABLE NOW
6
833
Frictional Games Shows Off First Gameplay Footage of Amnesia: Rebirth
7
833
Join the Galaxy’s Finest as Star Wars™: Squadrons Soars Into Homes Today
8
833
The Falconeer First-Look Preview – PC
9
833
Metamorphosis is 33% Off on Steam!
10
833
Werewolf: The Apocalypse – Heart of the Forest launches on October the 13th
Video Games
636 views 1 like 0 comments
Posted April 18, 2013 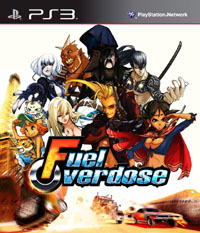 Competent and mildly entertaining in spots.

While playing Fuel Overdose there was one question in my mind, why would anyone make a top down arcade style racing game that barely differentiates itself from other similar games that have been coming out for what seems like the beginning of time? Every time I play a game similar to Fuel Overdose I think of Super Off-Road for the original Gameboy that I used to play when I was a kid. Then I wonder what the special hook must be to make this game not only worth playing, but also worth making in the first place. As it turns out, the parts of Fuel Overdose that make it unique aren’t necessarily positive, and many times they only get in the way of what would still only be a mediocre game. 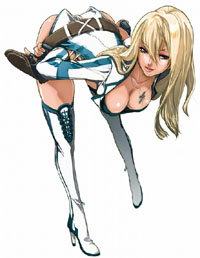 Fuel Overdose is a car combat racing game played from the isometric perspective where the camera is just as antagonistic as the opposing racers. The first problem with the camera is just how close it feels to the action. This means preparing for upcoming turns and jumps is almost impossible without having the tracks memorized, especially when parts of tracks lack guardrails that prevent one from driving into water or falling off cliffs. As I said, memorization is pretty much the only way to get around this problem, which causes the first few races on a track to be fairly annoying, and although this may not be optimal, it pales in comparison to the most important issue with the camera, the forced perspective changes.

Forced perspective changes aren’t inherently a bad thing, just look at Track Mania, but the arbitrary ways in which the camera swings itself around during turns is disorienting to the point of sheer frustration. There really is no logical explanation for why the camera suddenly turns 180 degrees in the middle of a hairpin turn. The only reason I can think one would choose to include this annoying feature is to make the game more difficult due to the extremely unintelligent A.I. while also somehow trying to disguise the extremely noticeable rubber banding. 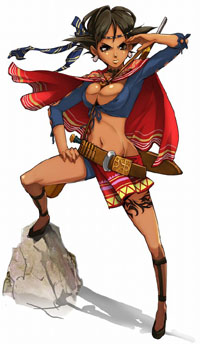 This leads me to the next issue with Fuel Overdose, the A.I. While I can definitely say the A.I. does little to earn the intelligence suggested in its name, I’m not actually sure whether or not it makes the game better or worse. On one hand, the opposing racers can be extremely annoying and just downright stupid when it comes to using weapons. It seems like they will always try to shoot or damage the player, even when doing so may not actually be in their best interest. It seems as though the game was deemed way too easy somewhere along the lines in development, so the developers decided to simply stack everything including the A.I., the camera, and the rubber banding against the player.

That’s not to say the game is necessarily all that hard, but it doesn’t feel balanced or fair when things just happen to take a turn for the worst. On the other hand, the terrible A.I. actually makes for some fairly entertaining collisions and pile ups in a game that desperately needs something to drag it out of the boringly bad category and into the entertainingly bad category. That’s not to say Fuel Overdose doesn’t try to differentiate itself in some ways, but I’ll get to that in just a moment. Overall, I think the laughably bad A.I. breaks even in terms of my enjoyment of the game. However, laughably stupid A.I. isn’t necessarily a bad thing as long as it doesn’t negatively affect the player to such a degree. 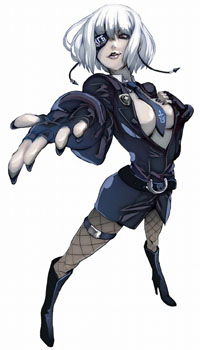 Now, onto what Fuel Overdose adds to the arcade style, isometric, car combat racer…anime boobs. Honestly, I can’t believe everyone isn’t doing this. Instead of actually trying to make a unique and interesting game, why not just throw in an awful anime storyline, slap on some giant fake boobs on all the female characters, make sure all the shirtless male characters have twelve-pack abs, and call it a day? The story of Fuel Overdose feels thrown together, disjointed, contextualized, and almost offensive due to its sole purpose seemingly being an excuse to throw in some supposedly titillating characters.

I’m all for crazy sexualized art, as long as it’s earned and contextualized within a world or story. It’s when it’s simply thrown into a game for the sole purpose of being slightly creepy and pornographic in nature that I get disgusted. Normally I would applaud a developer for trying to include a story where one isn’t needed, but this is one case where I would consider the game to be better had it done away with its narrative elements.

Fuel Overdose is by no means a broken game. I would even say it’s competent and mildly entertaining in spots. But the inexplicably bad camera, the slightly annoying A.I., and the offensively bad narrative and characters make Fuel Overdose a game I would recommend to almost no one.

Thankfully, for the meager price of $15 Fuel Overdose isn’t exactly a risky purchase, but I would still only recommend it for those who know exactly what they’re getting into. 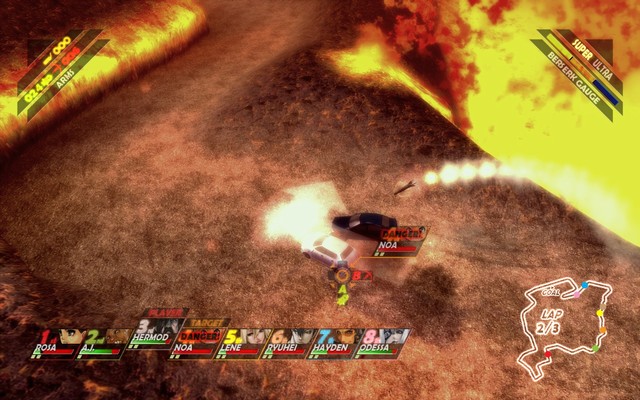 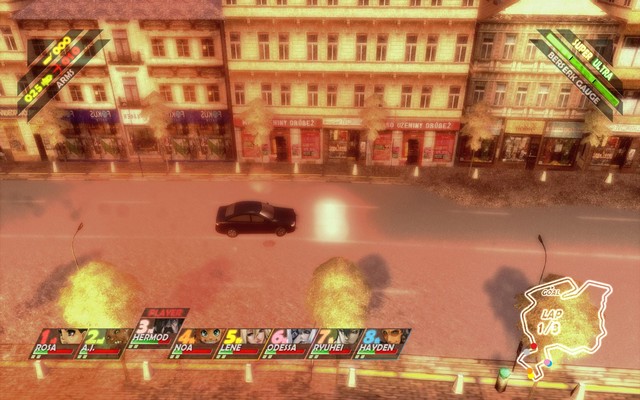 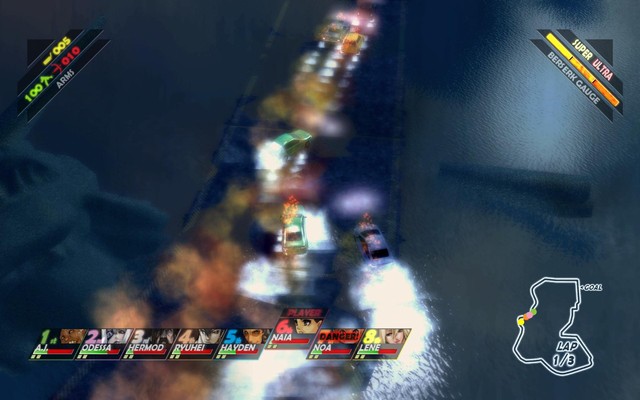 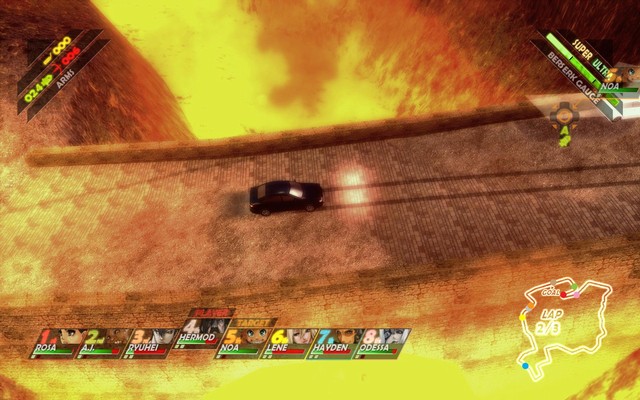 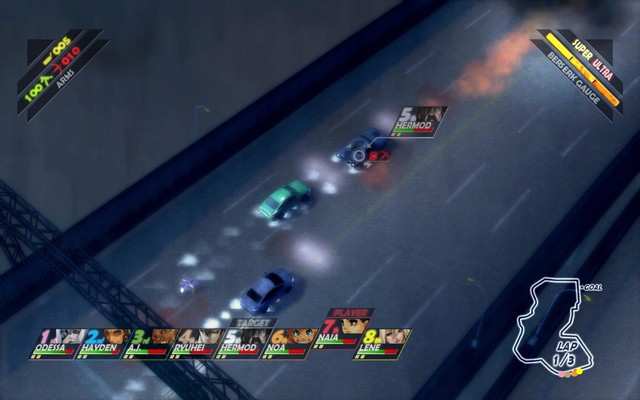 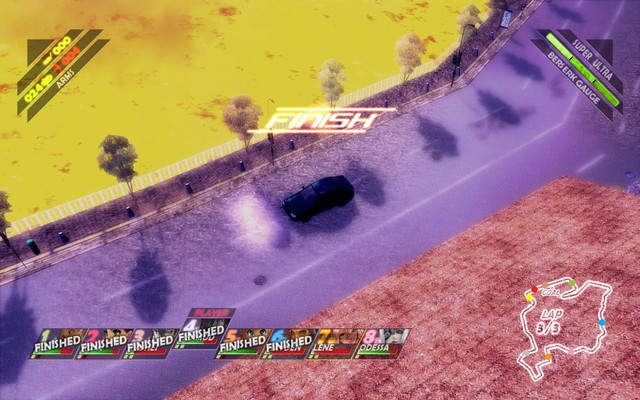 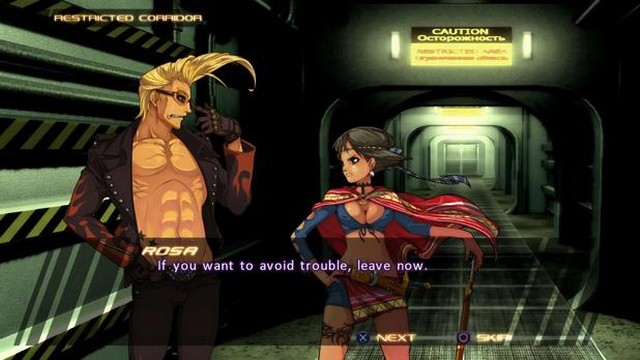 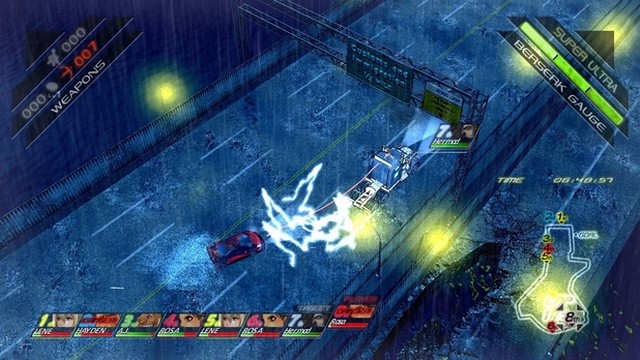 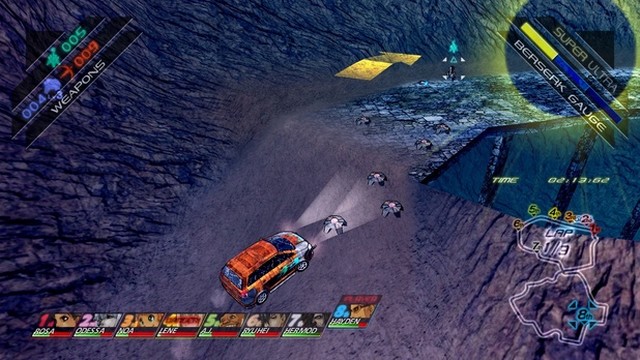 1
1028
The Walking Dead: Saints & Sinners Review – Oculus Quest
2
833
Synth Riders Celebrates Anniversary with a Month Full of Treats and an Oculus Ques...
3
833
Worm Jazz Review – PC
4
833
Take to the Skies and Choose a Side in the New Trailer for Next Generation Air Com...
5
833
CRASH BANDICOOT 4: IT’S ABOUT TIME IS AVAILABLE NOW
6
833
Frictional Games Shows Off First Gameplay Footage of Amnesia: Rebirth
7
833
Join the Galaxy’s Finest as Star Wars™: Squadrons Soars Into Homes Today
8
833
The Falconeer First-Look Preview – PC
9
833
Metamorphosis is 33% Off on Steam!
10
833
Werewolf: The Apocalypse – Heart of the Forest launches on October the 13th
All Original Content on Game Chronicles is Copyright (c) 2002-2020
Sinjin Solves Walkthroughs Copyright (c) 1996-2020 by Mark Smith