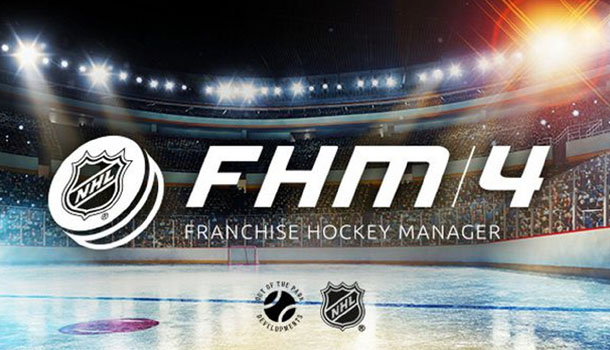 - Incredibly unwelcoming to newcomers
- Might move a bit slowly for some

A solid hockey management game, not for the faint of heart or the uncommitted.

With the advent of a new hockey season comes a new chance to try your hand at managing your favorite team. Franchise Hockey Manager 4, developed by Out of the Park Developments, based in Germany, includes a huge amount of nations and leagues to manage in, and gives players the chance to craft a club in their own image. Simulating the trials and tribulations of a successful (or unsuccessful) sporting club has always been a popular videogame pastime, but does Franchise Hockey Manager 4 deserve the not-insubstantial portion of your time that it requires to get a true hockey-management experience from the game?

I wrote in my review of last year’s FHM 3 that while it presented a huge amount of data, and had the opportunity to become a massive time-sink, the experience was generally unwelcoming to newcomers, and that you have to have either or both of a great deal of hockey knowledge and experience with sports management simulators. This summary remains the case with FHM 4, though changes have been made to both amplify these positives and negatives and also to mitigate them. 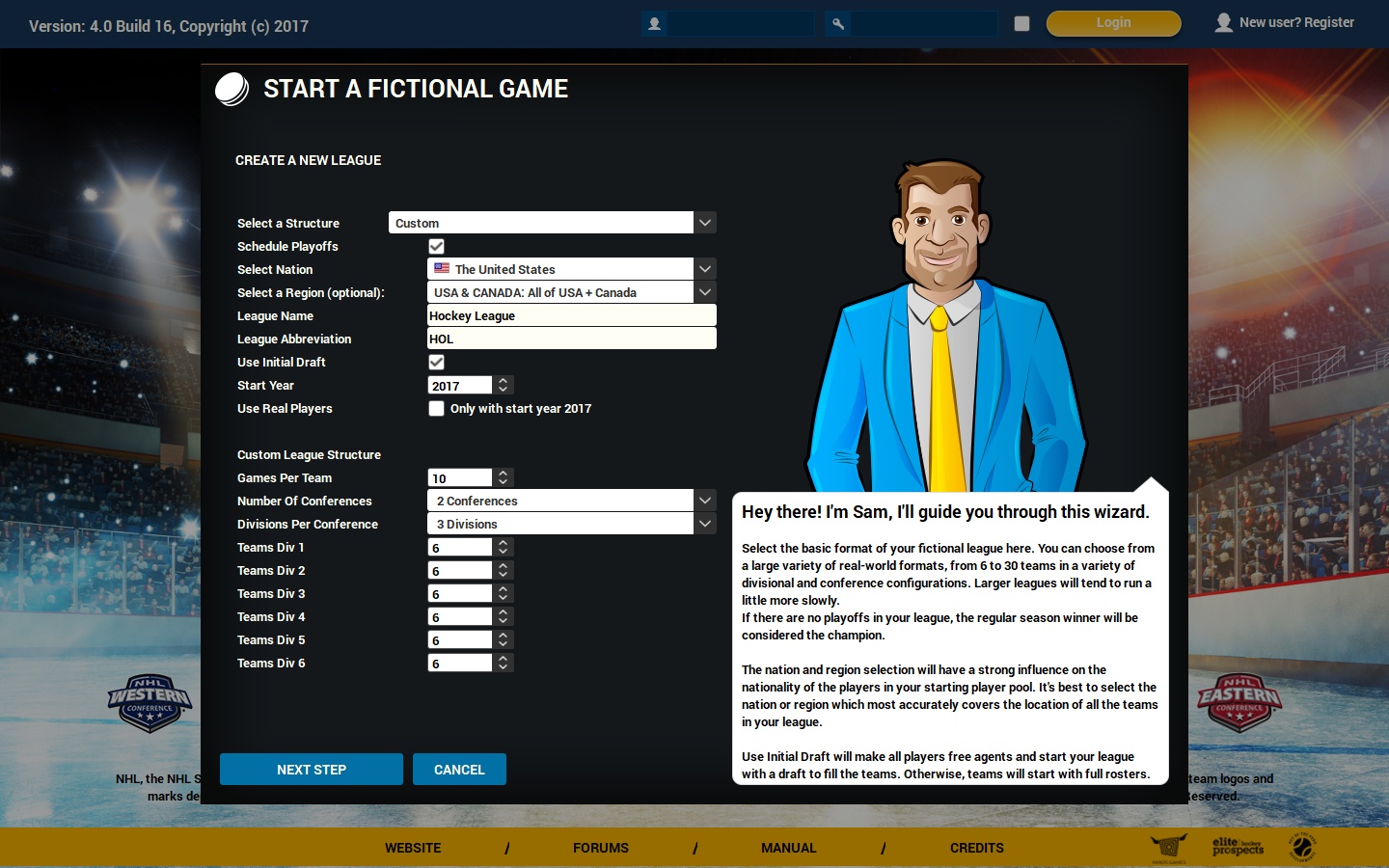 FHM 4 includes a number of new nations and their respective leagues to manage in, such as Austria, Belarus and Denmark, bringing the total number of playable leagues to 28, spread across Europe, North America and Asia. You can select as many or as few of these leagues as you’d like, though the NHL and AHL are always selected by default, and this choice is dependent on whether you’d like to prioritize the depth of the experience of the performance on the program, as each included leagues adds to the amount of data that your PC or laptop needs to process each time the game progresses.

Also included for the first time in FHM 4 are Challenge Mode and Historical Challenges. Challenge Mode adds a extra level of difficulty to the game, tasking you with performing objectives above and beyond the on-ice success of the team, and Historical Challenges put you in the hotseat of a team from the past, giving you the chance to manage famous teams from history such as the 1970s Bruins, or a Gretzky-fueled Edmonton Oilers. The context provided when choosing a challenge gives a brief lesson in hockey history, and the chance for older fans to go back and manage a team from their favorite era is a great addition. 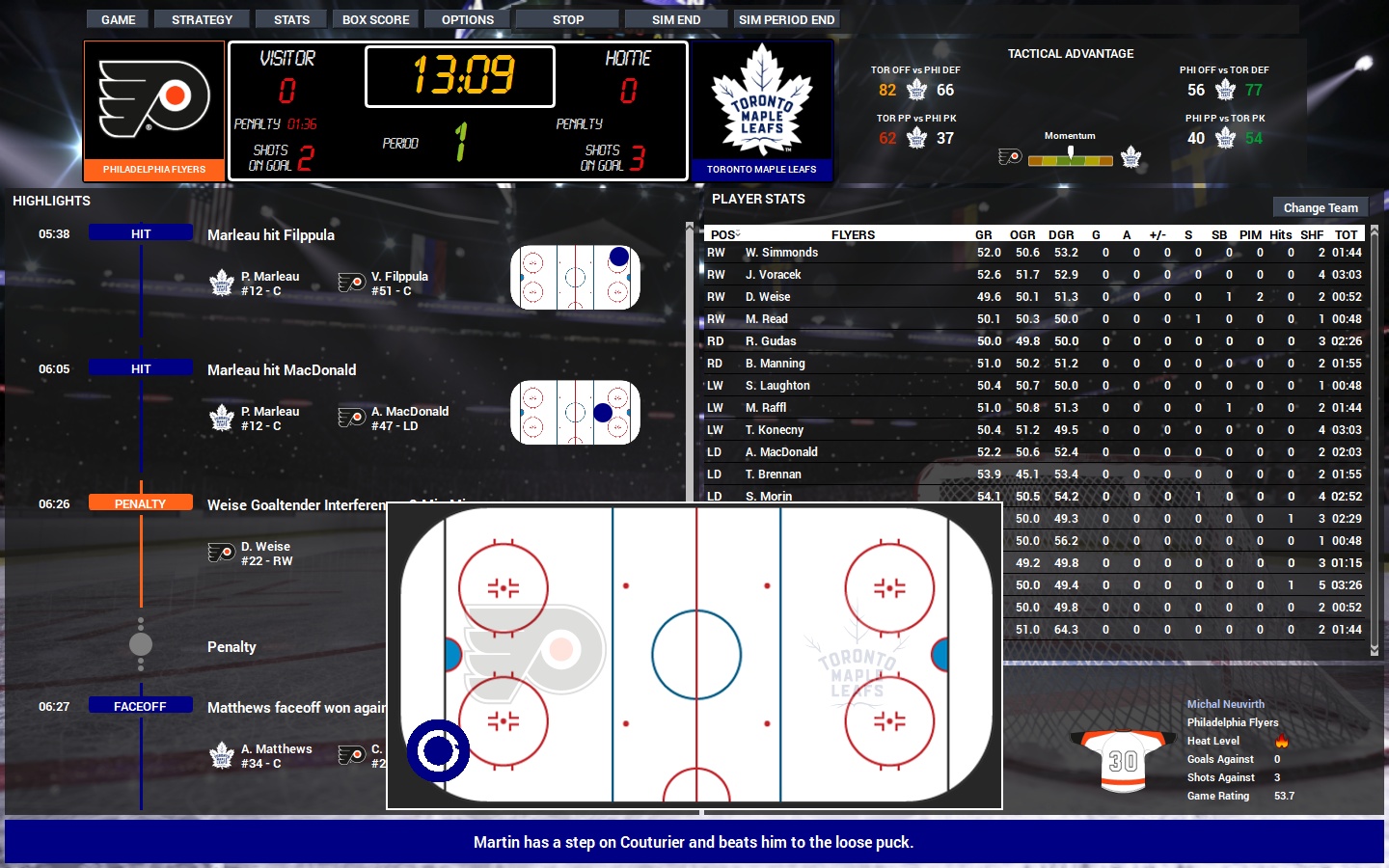 Whichever mode you decide to play, one thing that FHM 4 gets right is the sense of ownership that develops over your team and your players. This is a crucial component of the sports management genre, and I found that within a matter of minutes I was concerned about players losing form, trying to fix miniscule issues in an attempt to address a slide, and cheering out loud when I would win a particularly tight game.

The hockey season comes thick and fast, and FHM 4 does a great job of replicating this, throwing games at you one after the other and leaving you with the sensation that you’re barely able to come up for breath before being thrown into the next game. If you have enough of an imagination to allow FHM 4 to become more than just numbers and stats, then you’re in for what feels like an incredibly authentic hockey management experience. 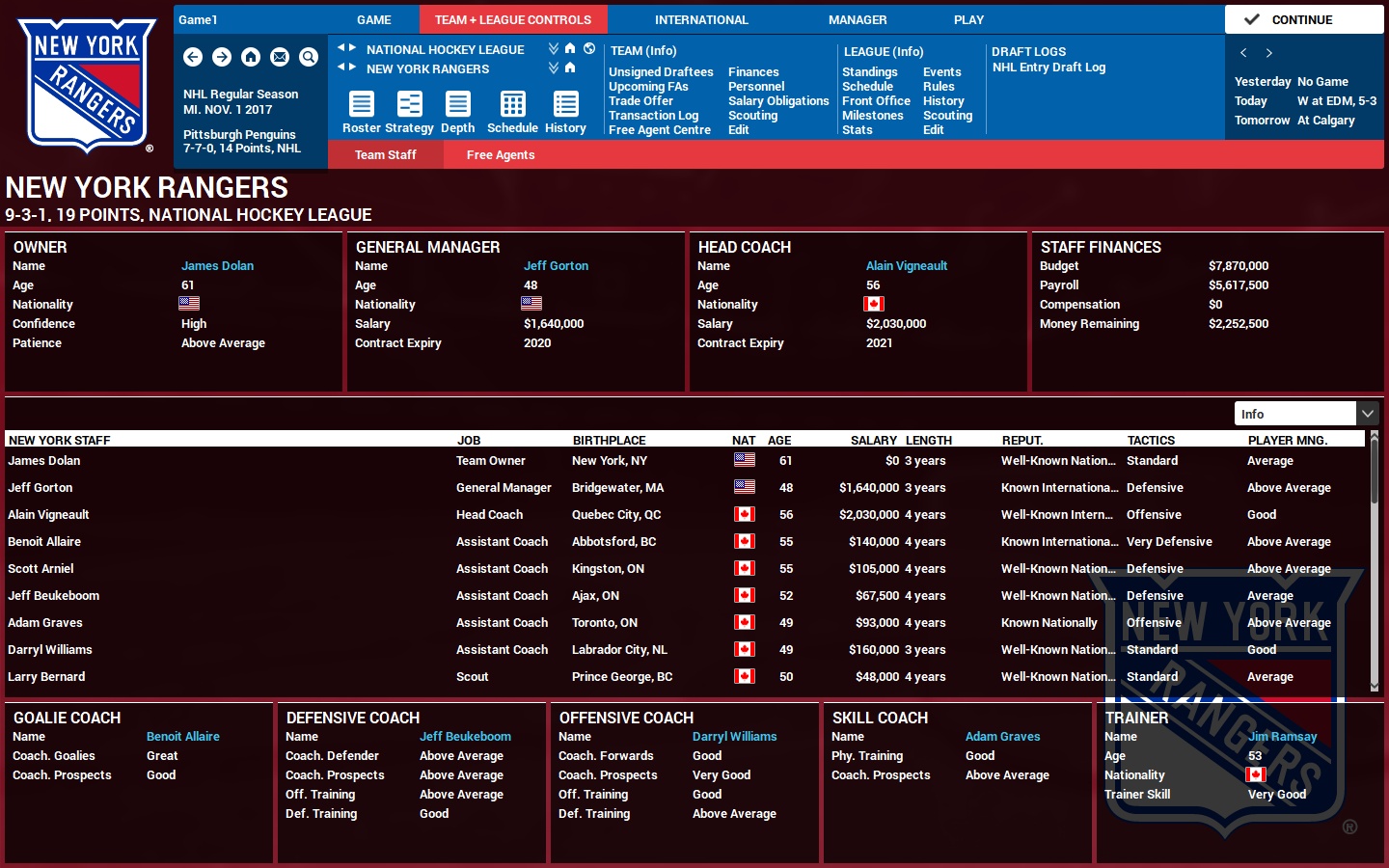 That’s not to say that the inaccessibility issues are done away with, though. This is still a tough game to get into for newcomers, and there were definitely areas of the game that I felt that I was neglecting, due to my ignorance of either a certain area of hockey or not being sure which button I should press to access a certain management discipline. Undoubtedly most of these issues would be overcome with further exposure to FHM 4, but considering that I have ample experience with management simulators and moderate experience with hockey, and I still had significant issues navigating the menus at times, I shudder to think how overwhelming this experience would be for a timid newcomer.

The purpose of every game review is essentially to tell the reader whether a game is worth playing or not. In the case of FHM 4, it’s a yes, if you’re a fan of management simulators, or enough of a fan of hockey to understand the many terms being thrown at you. If you’re more of a casual fan of either, the recommendation comes with a bit more hesitation, with the caveat being that if you’re willing to throw yourself in at the deep end and struggle for a while before you learn how the game works, then you’re in for a treat, If, however, you want your sports games to be more immediately clear and rewarding, then you might be better off looking elsewhere, as you’re likely to bounce straight off of Franchise Hockey Manager 4. This is a solid hockey management game, but it isn’t an experience for the faint of heart or the uncommitted. 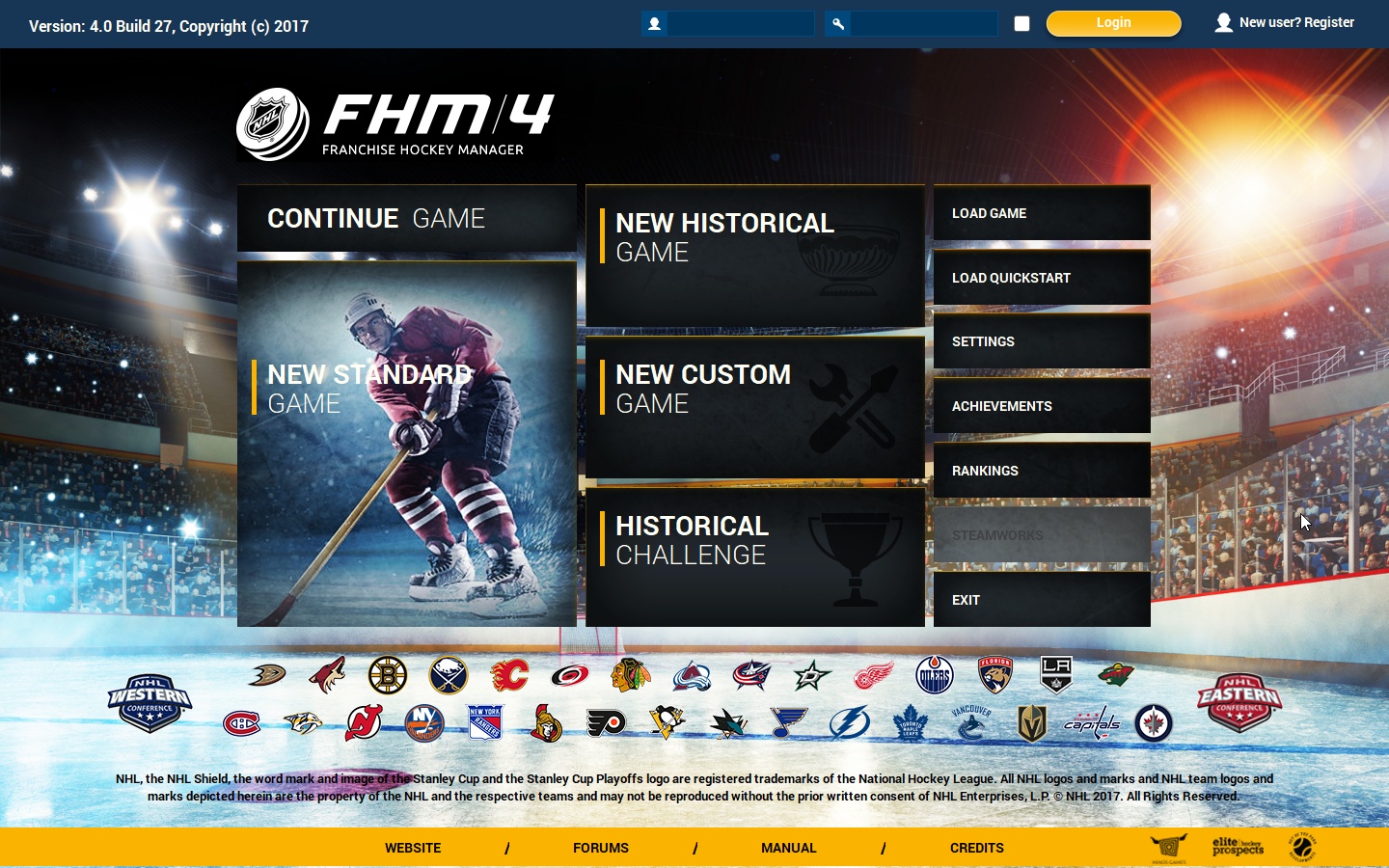 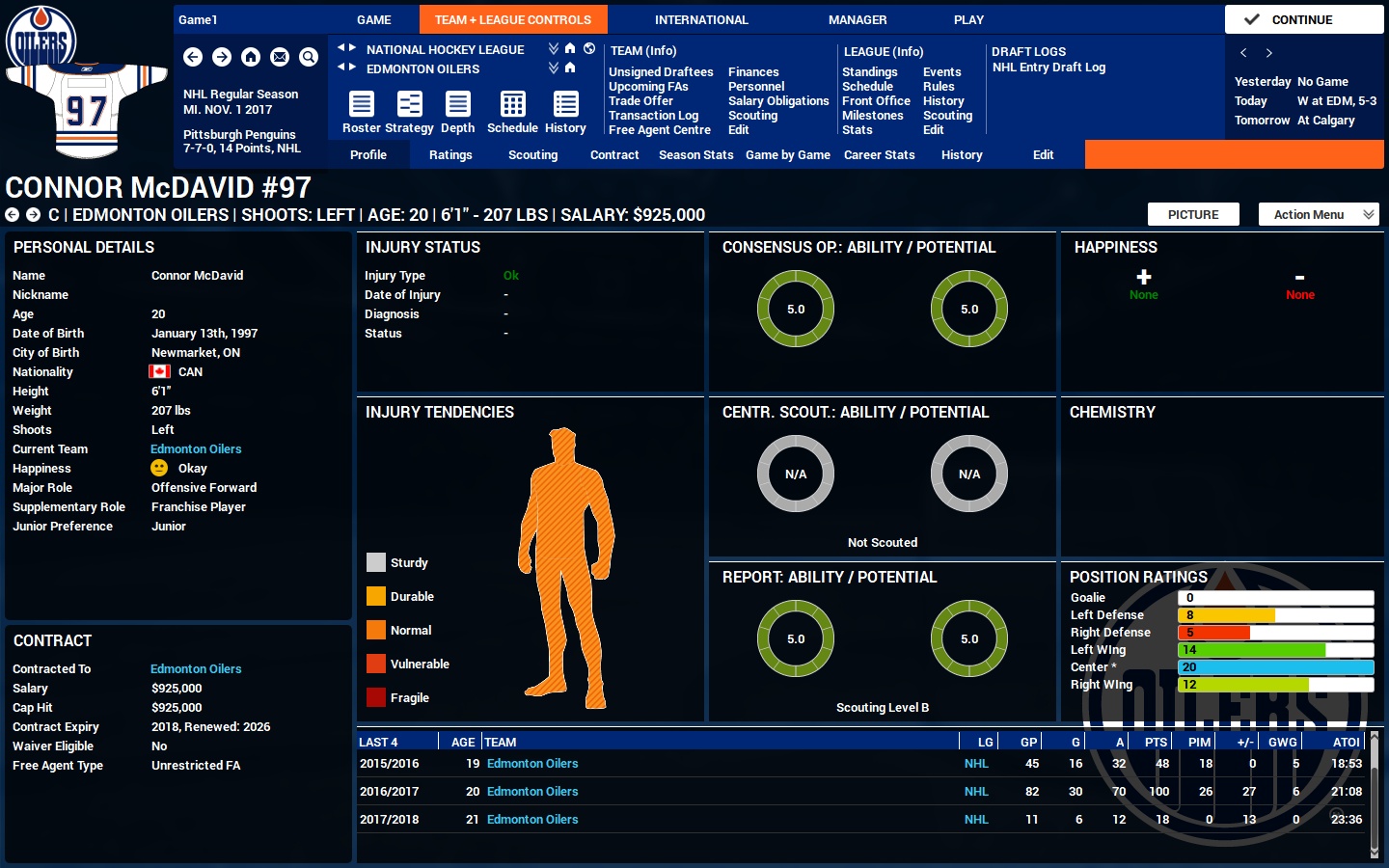 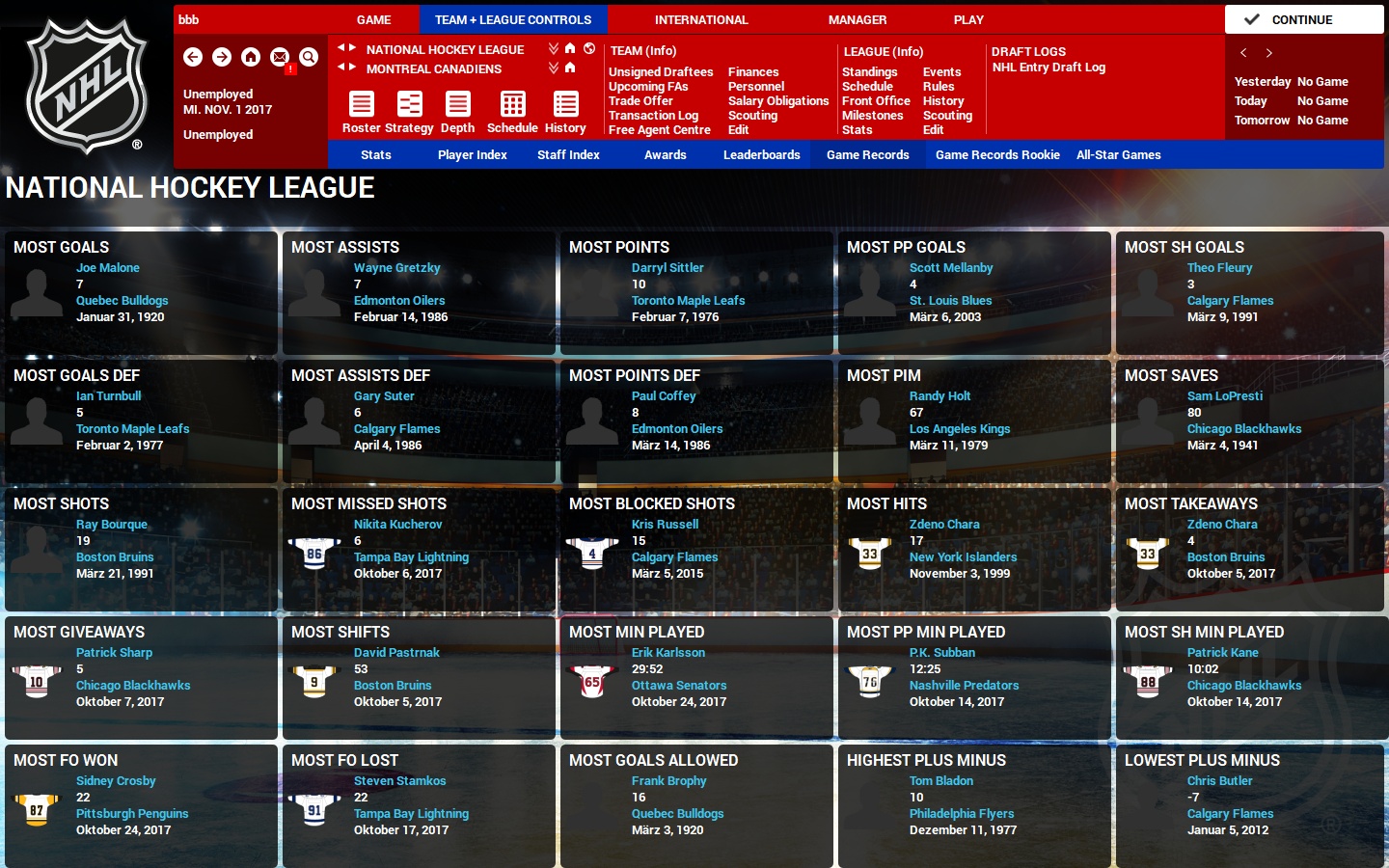 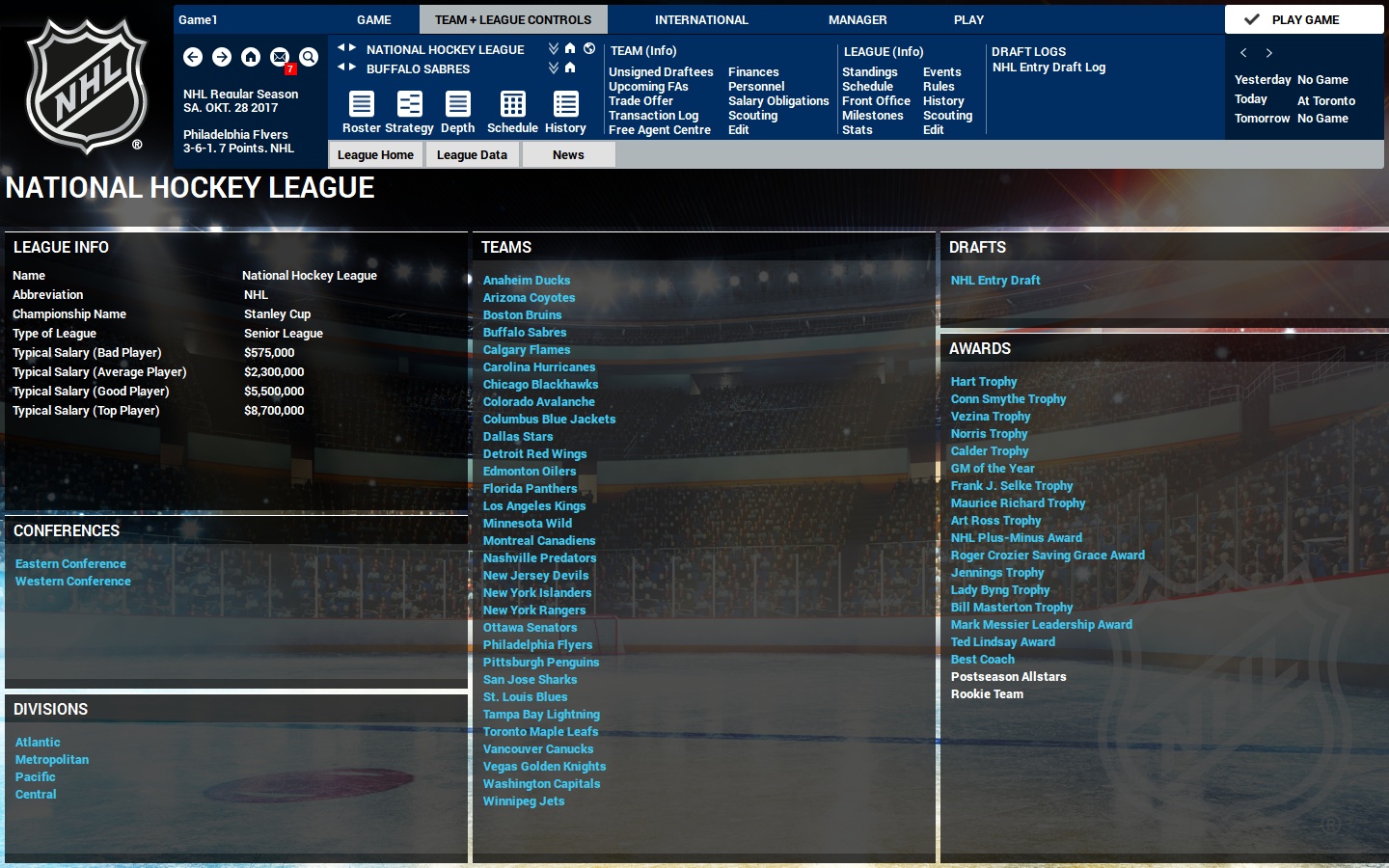 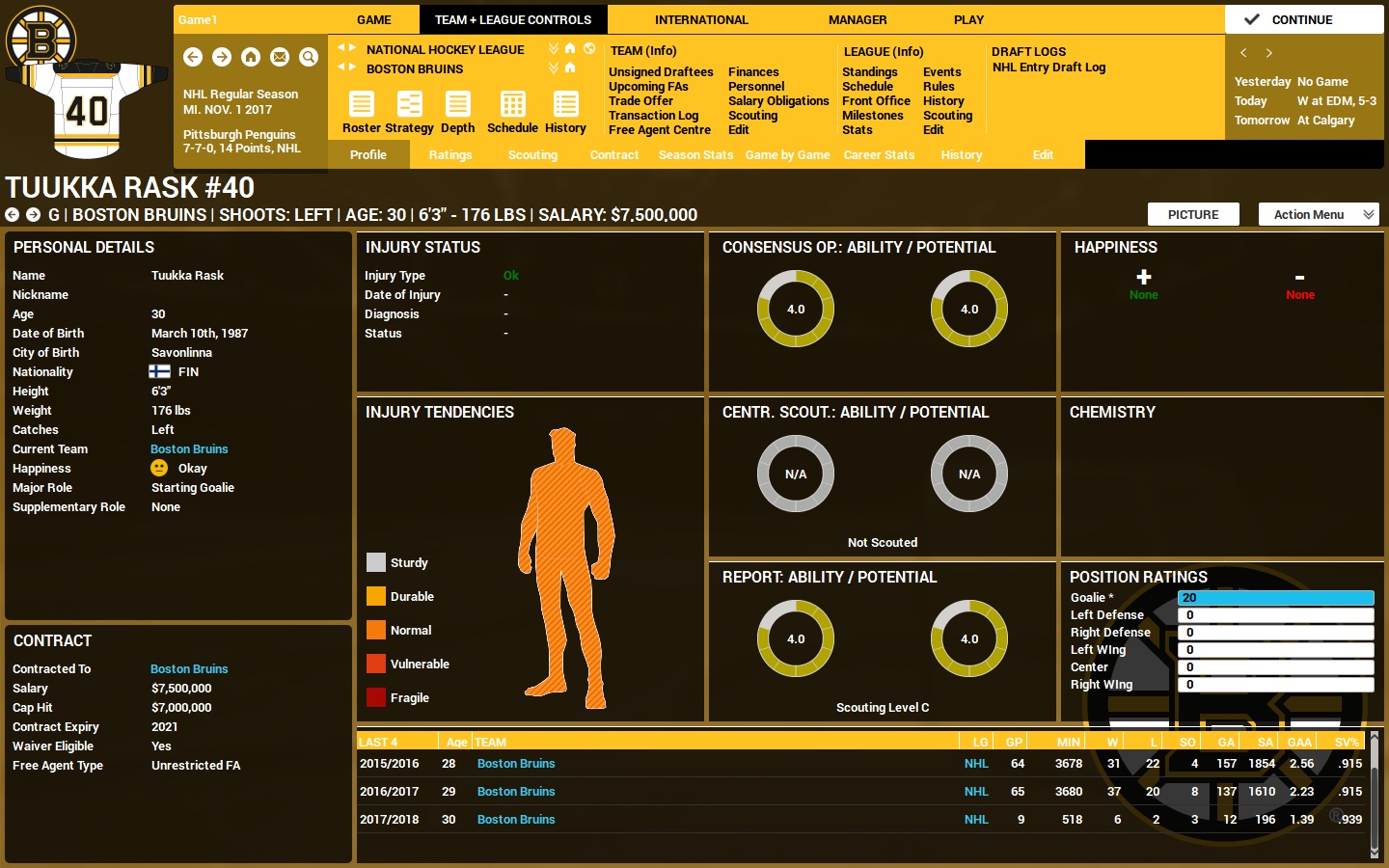 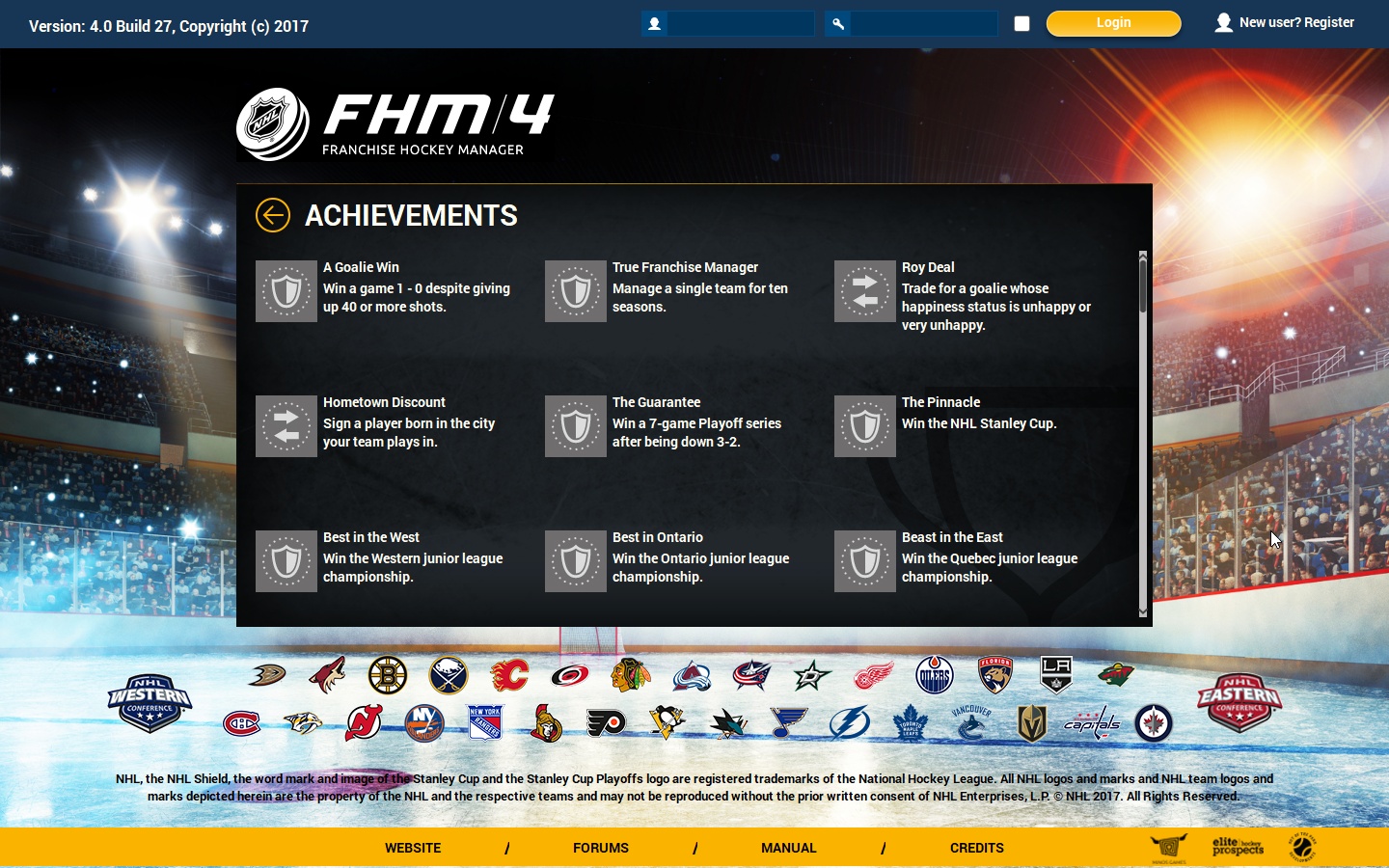 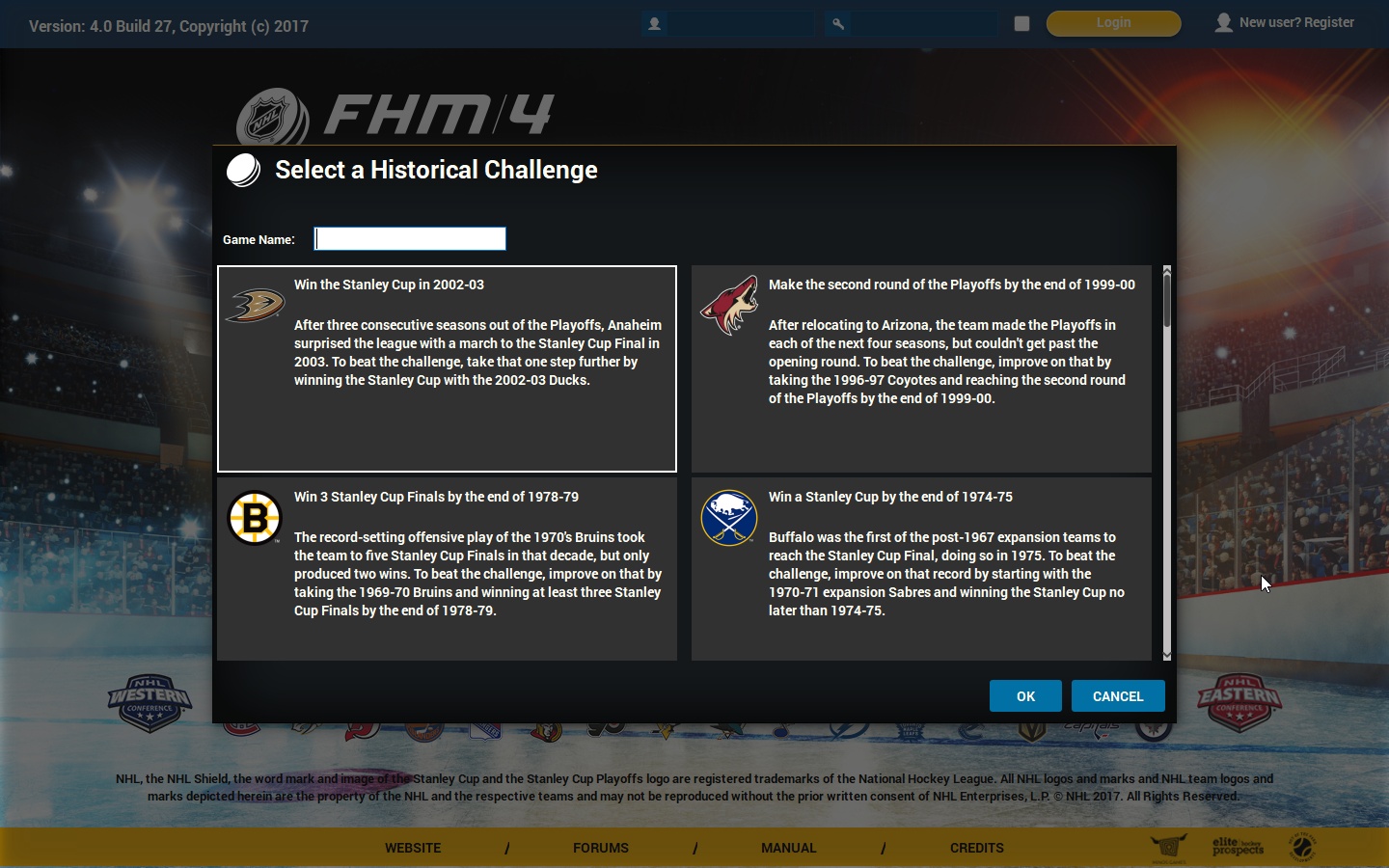