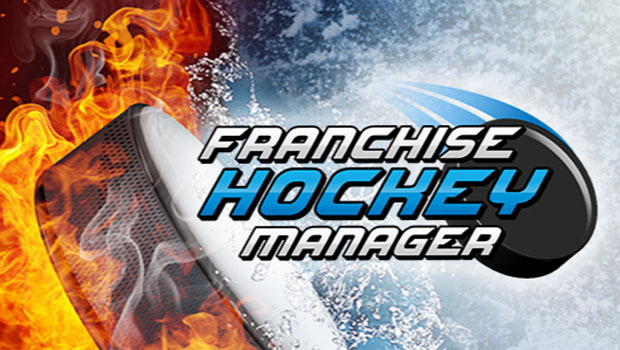 In depth stats, scores, and scouting reports, Ability to change history and see "what might have been", Edge of your seat excitement during games, plenty of downtime and strategy planning to enjoy as
well.

Hard to really get into when starting out, Lack of polish made the game feel bumpy

Everything you ever wanted to do with a hockey game...OFF THE ICE.

Franchise Hockey Manager is a game that takes all the excitement of hockey’s off-ice game, and puts its control directly in your hands.  From the same studio that brought us Out of the Park Baseball, one of FHM’s biggest draws is the ability to make your own version of history, such as finding out what could have happened if Mark Messier stayed in Edmonton, rather than moving to the Rangers in 1991.   Could the Oilers have recovered and gone on to future greatness?  You can also start in the present day and see what the future holds for the dynasties of the future.   One very nice feature is the ability to choose which leagues you want “in play” from the big-name NHL, all the way down to a ton of leagues that I, the casual hockey fan, had never heard of.

I ran into some, well actually a lot of early bugs.  The ability for me to accidentally lock myself out of a job offer just by looking at it, in-game notes telling me that I had been hired for $0 for a 0 year contract, and other similar things showed a slight lack of polish.  The other issue, when first starting a “career” mode, is that there isn’t much to do until the season starts.  You can send your scouts out (which is very very important to the game), but they take a week to report back, and even though there is a convenient “skip to date,” or “skip to next game” option, it doesn’t really skip anything.  It might even be faster just to skip each day individually.  I went and watched an entire episode of a popular TV show just during the times where the game was loading and simulating days, all before the first game of the season. 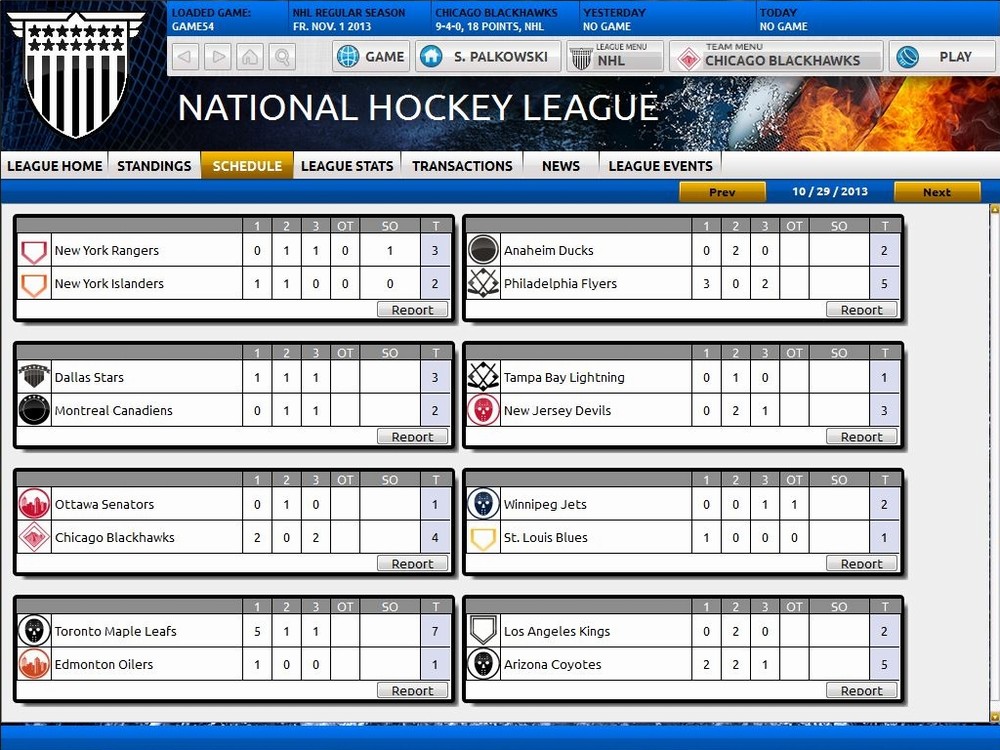 But once the season started, boy was I blown away.  The amount of minute control you have over the strategies in the game, combined with pins showing important events like shots on goal really brought out the fun of the game.  Fine-tuning your team’s aggression to minimize your penalties, because your down-a-man defense can’t kill time effectively, is just fiddly enough to engage all of your strategy brain, while keeping you firmly grounded in the hockey.  And after the first game was over, I had an injury to deal with, so suddenly all that scouting I did early on, and the trade that I’d declined during preseason, they had consequences as I tried to replace my starting left wing.

The controls, as with many text-based games, were fairly simple.  The interface doesn’t look like a right-click will work, but it’s quite necessary to access many of the functions of the game.  If you’re a hardcore statistician, this game gives you tons of stats to keep track of.  If not, you can mostly ignore the stats that aren’t directly affecting you, though the interface does look daunting.  A helpful tip for the in-game interface is that you can speed up time, slow it down, or even pause it if you need to adjust your strategies. 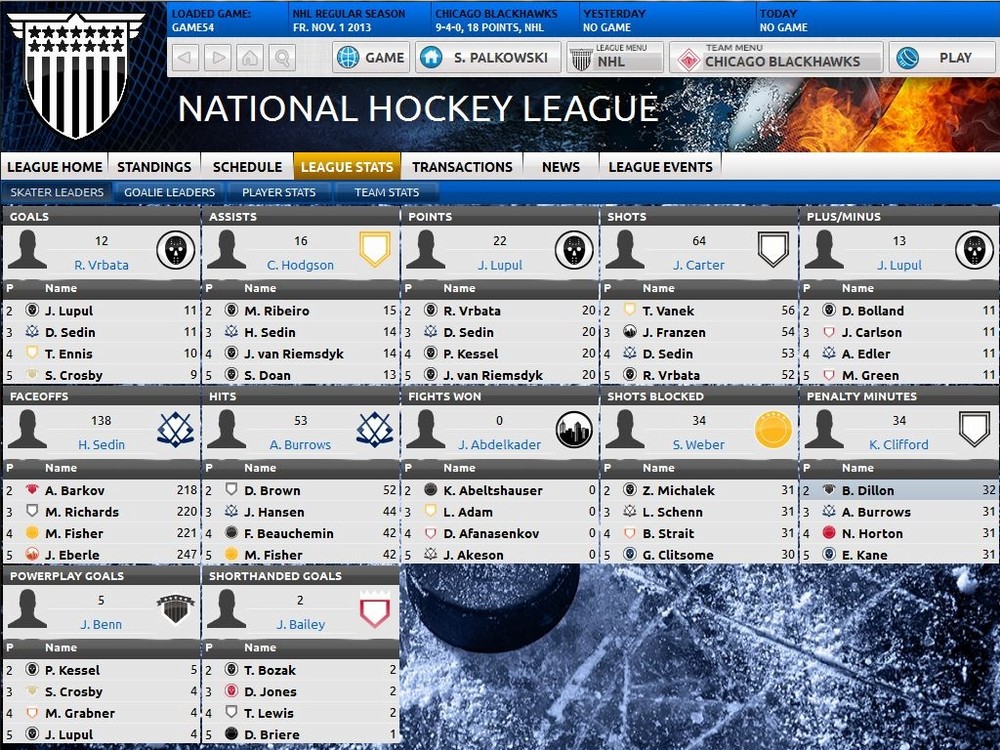 There is not too much to say about the graphics, as the game is mostly text-based.  The interface, as mentioned before, can be slightly daunting when you are trying to find trades, or navigate your way around the league(s).  There is little to no explanatory text, though there are tutorial videos that you can watch, which point out some key features.  Once you get into a game, the interface changes drastically, and is actually very intuitive for a hockey fan to follow.  This bare-bones game focuses way more on numbers, statistics, and strategy, and there was no room left over for sound or music.  It was nice to be able to listen to my own mix of sports jams to get me in the mood, but there were no real sound-effects or music to speak of.

If this type of game is your cup of tea, and if you can get over some of the bugs mentioned earlier, this game has infinite replay value.  Going all the way back to 1947, the historical mode is very rich for replays, and the custom games offer endless ways to have fun.  At only $39.99, this game is much cheaper than many big-name releases in the sports gaming world, but its price tag is higher than some people have come to expect from PC games.  The amount of depth in FHM certainly justifies the price tag for the right buyer, but for the casual hockey fan, I might suggest waiting for a sale.

Overall, this wasn’t quite the game for me.  I love franchise management games in general, but the history of hockey isn’t exactly my strong suit, and a little bit of polish would go a long way.  If hockey is your sport, and you’ve always wanted to be the one making the trades, setting the strategies, and benching under-performers, this game will hook you immediately.  If not, you may have to work a little harder to get into the zone.  Once you’re there, if you can get there, it’s a lot of fun. 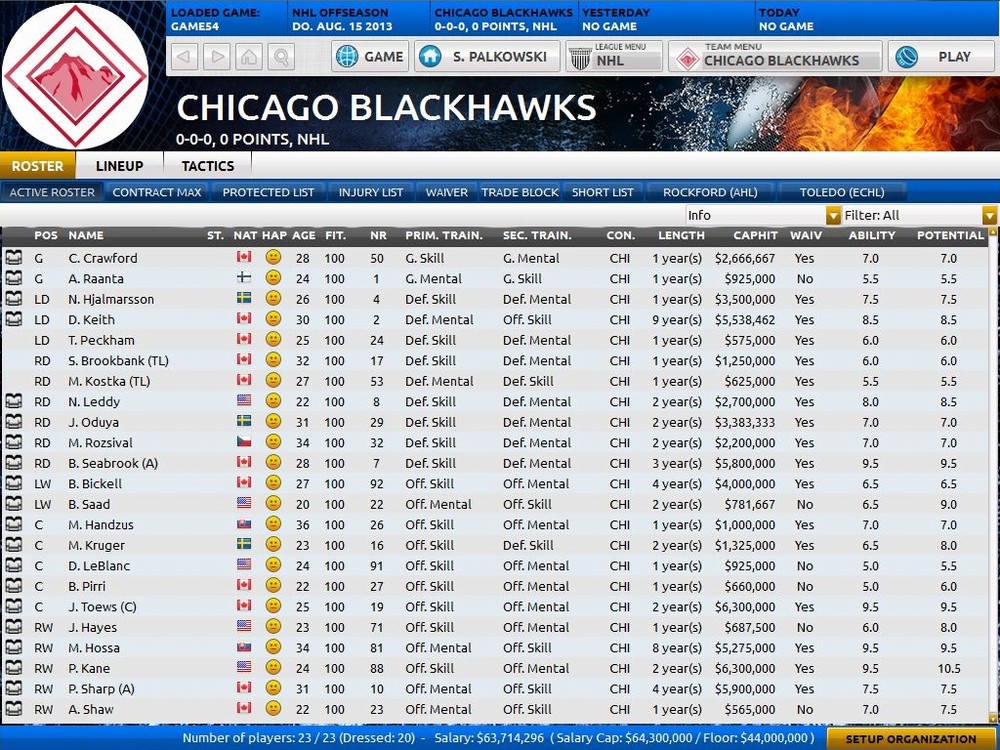 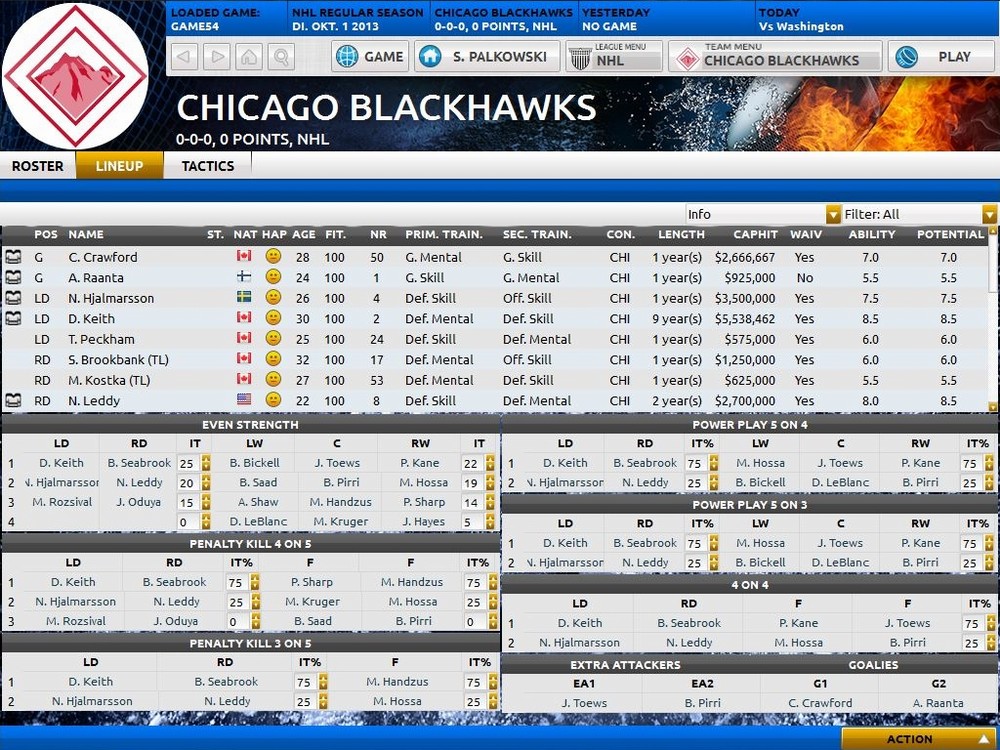 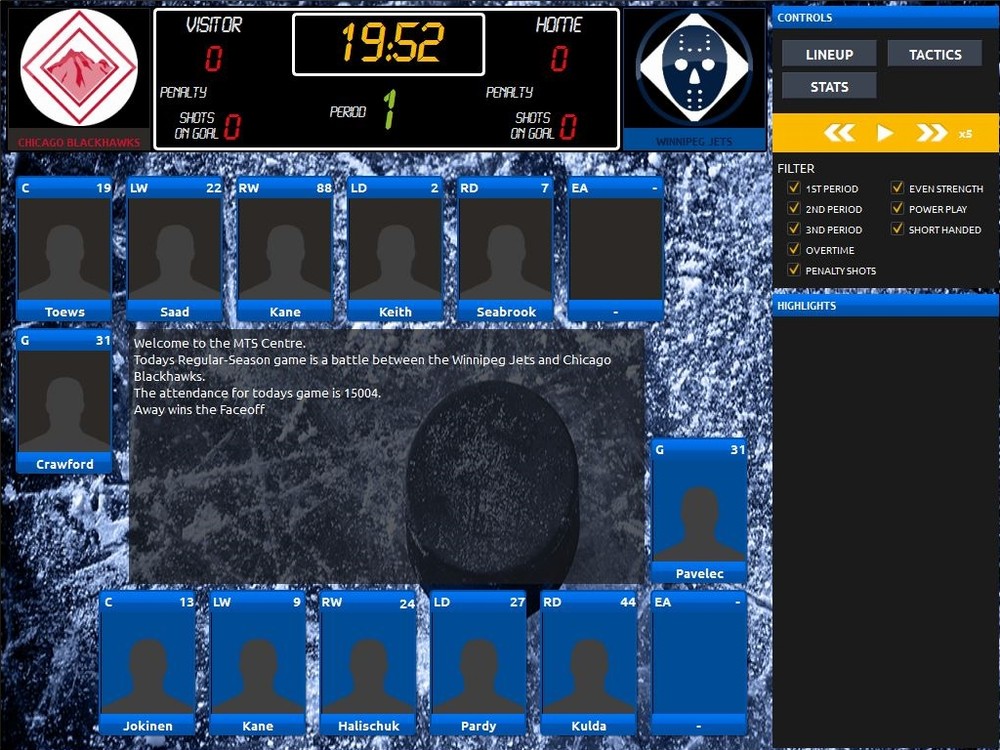 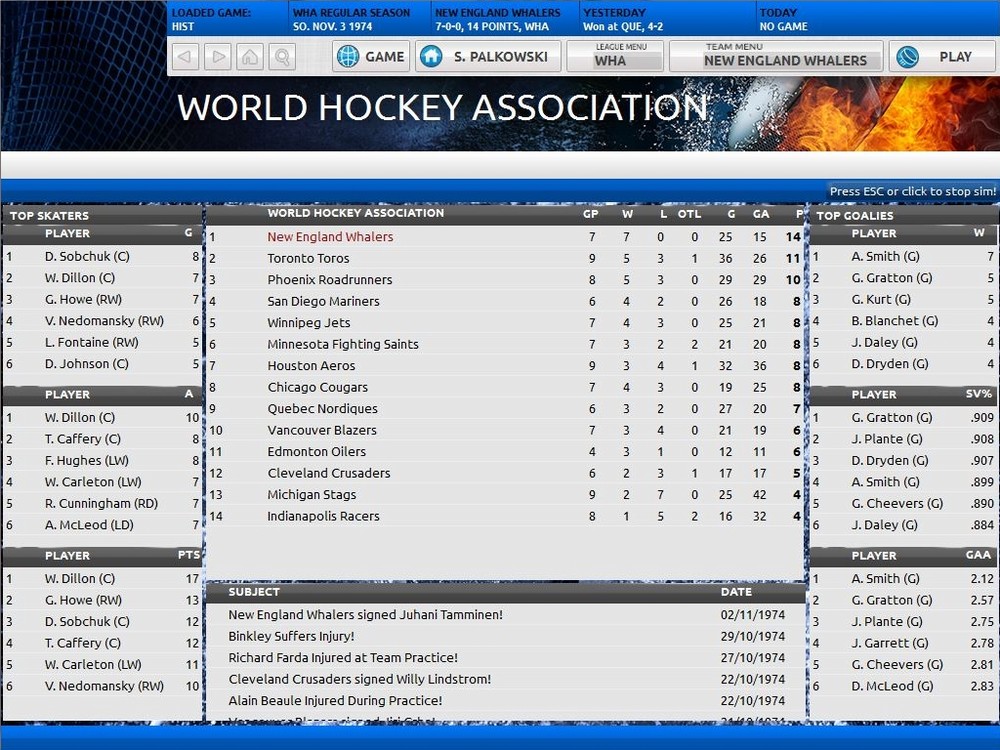 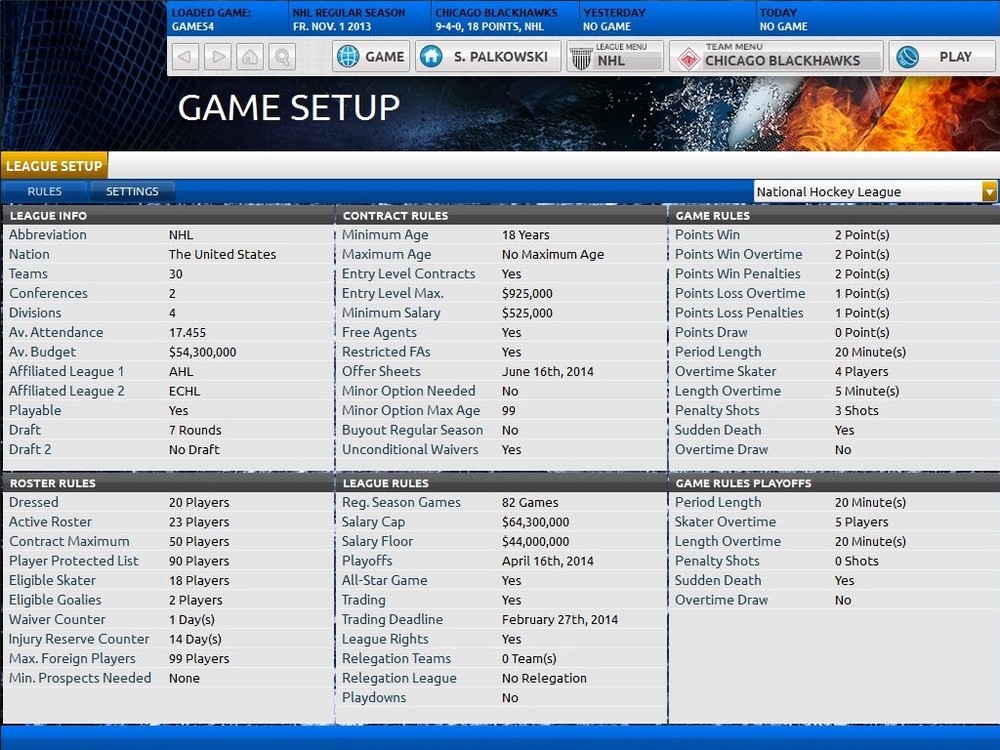 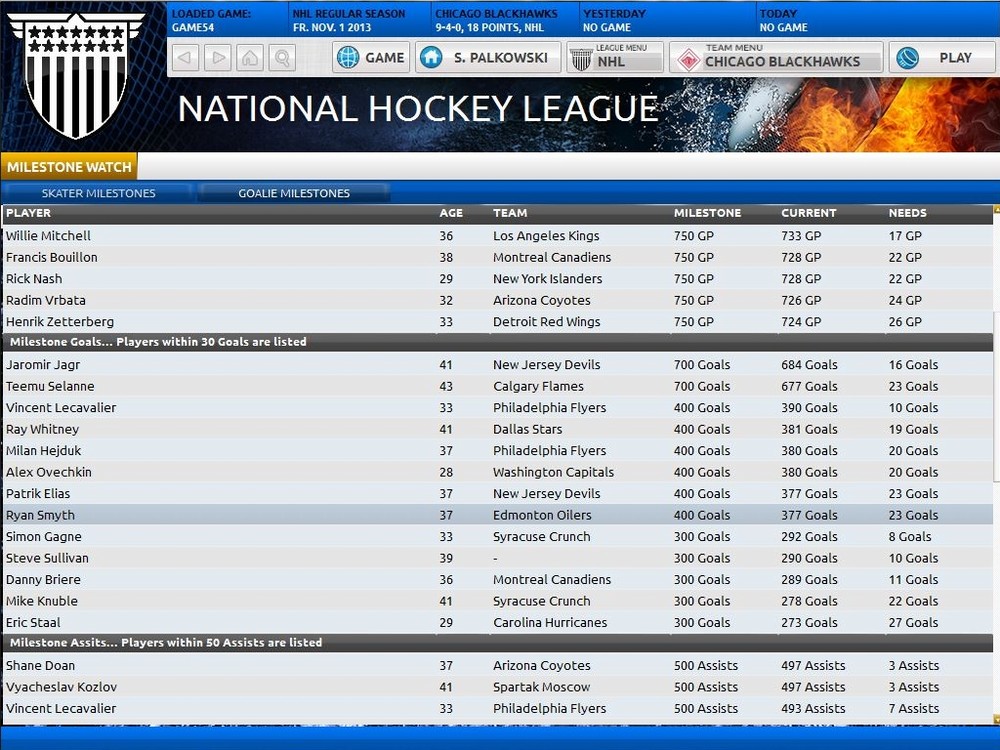