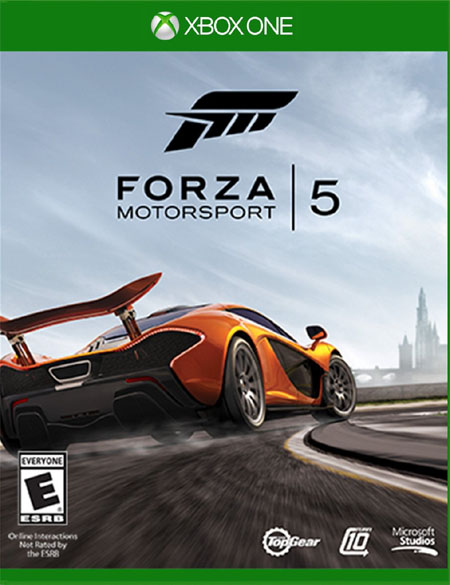 Drivatars are constant source of frustration turning single-player games into multiplayer demolition derbies. So many events but a reduced amount of cars and tracks make things overly repetitive. Super-long load times for each race.

I can’t tell you how many hours I spent playing Forza Horizon.  Even today it still remains one of my top five racing games of all time, so I was understandably excited (but not surprised) when Forza Motorsport 5 was announced as an Xbox One launch title.   Turn 10 has always pushed the hardware envelope for their games and I was eager to see what they could do with some real next-gen power under the hood.

The Forza franchise has always been able to find that perfect comfort zone between arcade fun and serious sim driving thanks to a wonderful set of sliders and toggles that let you adjust every element of the racing experience from car assists to HUD overlays that indicate the perfect racing line and optimum speed through turns.  And in a brilliant design choice, the game doesn’t punish you for using these features but rather rewards you for not using them.  This makes Forza 5 accessible and fun for gamers of all ages and skill levels.

Turn 10 has put the power of the Xbox One to good use, rebuilding all of its tracks from the asphalt up using precision laser-scanning technology.  The only way these tracks get any more real is if you go there and drive on them yourself.  The cars are meticulously detailed with sexy curves, polished paint jobs, and gorgeous detail interiors so photo-realistic you can almost smell that new car smell.  You can even use Kinect head tracking to look around your virtual cockpit. 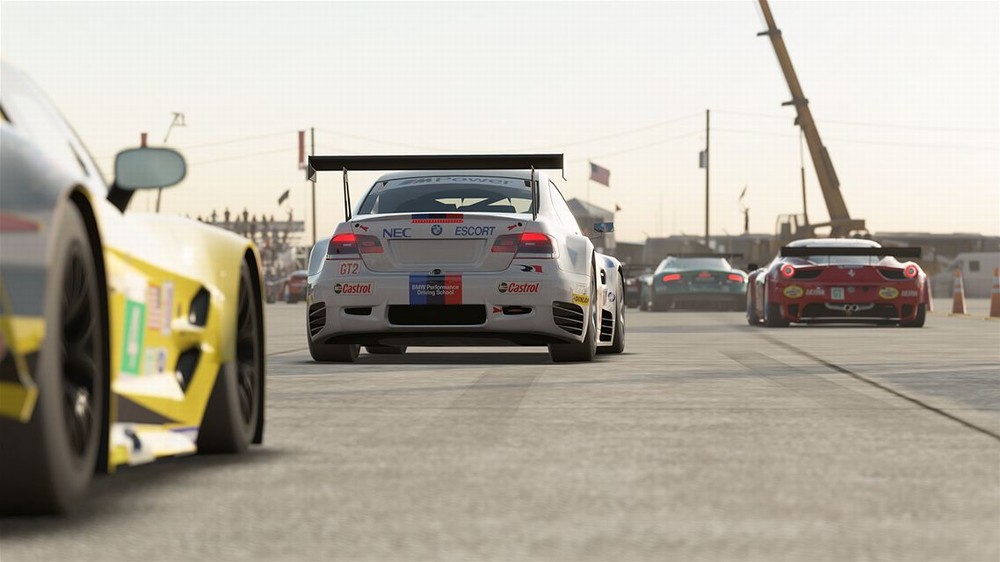 My biggest issue with Forza 5 is that after giving me a taste of the open road in Horizon I am now brought back to the repetitive grind of circuit racing, and no matter how many tracks you include in your game it is going to get boring all too soon; especially when the career mode is bloated with so many tiers, events, and race sessions that you are destined to repeat tracks dozens of time.  Even the narrator starts to sound bored the 20th time she says, “…and were back in Indianapolis for…”   I play video games to escape reality and experience virtual worlds, but Forza 5 seems determined to trap me in a series of infinite loops on tracks I’ve been racing on since the 1990’s.

Forza 5 has a brilliant and overly classy presentation thanks to its tight integration with BBC’s Top Gear series and narrator whose love of cars is almost a bit creepy…but that accent makes it okay I guess.  You can’t help but learn something every time Jeremy Clarkson opens his mouth.  Before you ever take to the tracks you can explore the massive library of cars in intimate detail using the showcase feature that lets you walk around and open every door, hood, and hatch and even explore the lush interiors.  Those looking for a virtual encyclopedia of race cars will find hours of entertainment without ever driving a single lap. 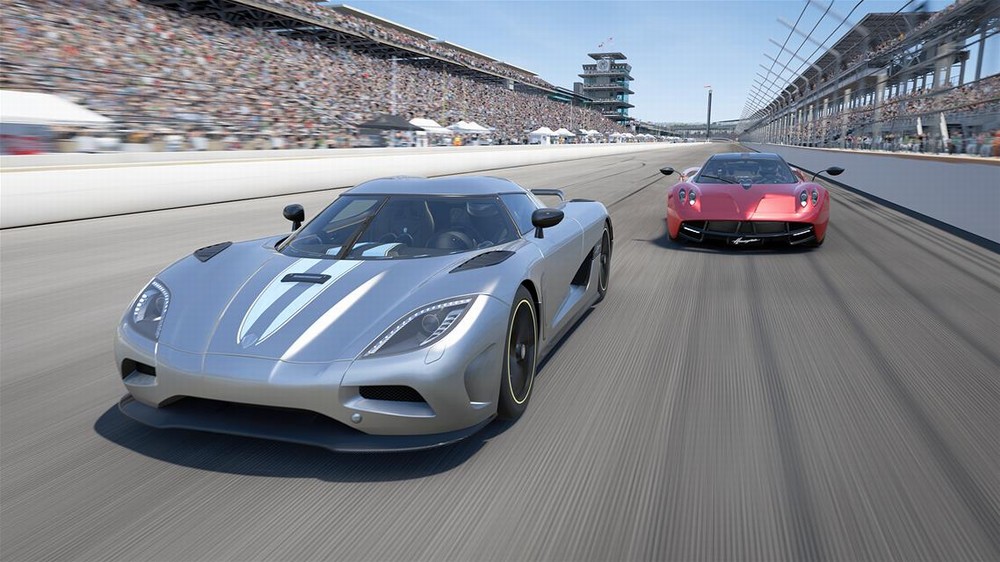 Forza Motorsport 5 is without a doubt the visual showcase title of the Xbox One launch line-up.  Nothing can touch its amazing design and overall presentation quality.   The light and shadows are incredible and real-time, real-world reflections insane – one of my first cars had a gold chrome paint job that was basically like driving a mirror around the track and everything was reflected perfectly.   The sensation of speed is flawless thanks to the game’s smooth framerate that holds up even when cars are clustering in the hairpins.  Cars are precision modeled and constructed from more than 1500 unique materials, and textures have 12x the detail of those in Forza 4.  Tracks are recreated with laser-like precision with an accuracy of 6mm.  Bottom line – it just doesn’t get any realer than this.

Of course a racing game is only as good as its controls and while we are still waiting to get our hands on the Mad Catz Pro Racing Force Feedback Wheel and Pedals for the ultimate simulation experience, the new Xbox One controller did a surprising job of delivering a precise and immersive control scheme.   The impulse triggers work surprisingly well in giving you that extra level of connection with the road to the point where you can actually feel when your car is starting to lose its grip with the pavement.  The analog stick provides reasonably good steering when using the cockpit or hood camera but is overly twitchy if you drive from behind the car – but seriously, who does that?  The Kinect also comes into play if you turn on head-tracking, allowing you to realistically look into the turns with a subtle body or head tilt. 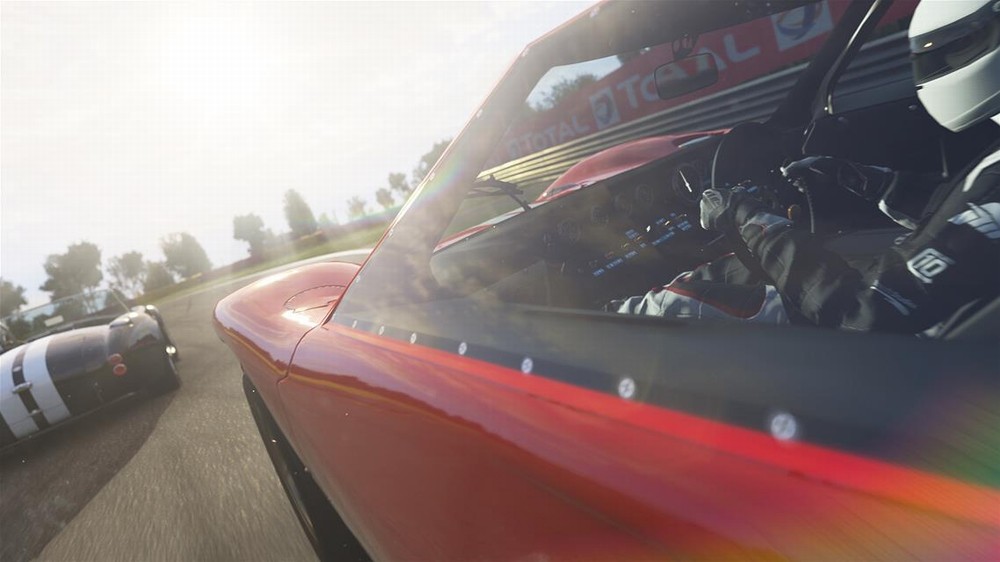 Of course the big new feature of Forza 5 is the revamped Drivatar system, that ever-watchful computer that studies the way you drive and continually compiles this data into a virtual version of yourself that can then go out and race with others over Xbox Live even when you aren’t around.  It’s a clever system and one that I wish I could turn off at times.  Gone are the predictable AI drivers that always drive smart and conservative, sticking to the perfect apex line through the turns.  Gone is your ability to overcome this AI by driving a bit reckless and perhaps breaking a few rules.  In Forza 5 the track is now populated with Drivatars, the virtual essence of friends and strangers from around the world, and much like in real life, everybody on the road drives like a maniac.  I have other words but this is an E rated review.

Personally, I’m used to screaming down the straightaways, slamming on the brakes at the last minute and drifting through a turn, perhaps scraping the outside wall or tearing up some inside turf, but when the entire pack shares my bad habits the playing field just got leveled and not in a good way.   Drivatars will consistently slam into your rear bumper or sideswipe you in turns, and in a game were you are penalized for damage and each use of the rewind button, these shady racing tactics make it hard to turn a profit.  You have selectable levels of difficulty for the Drivatars, and harder levels reward you with bonus cash. 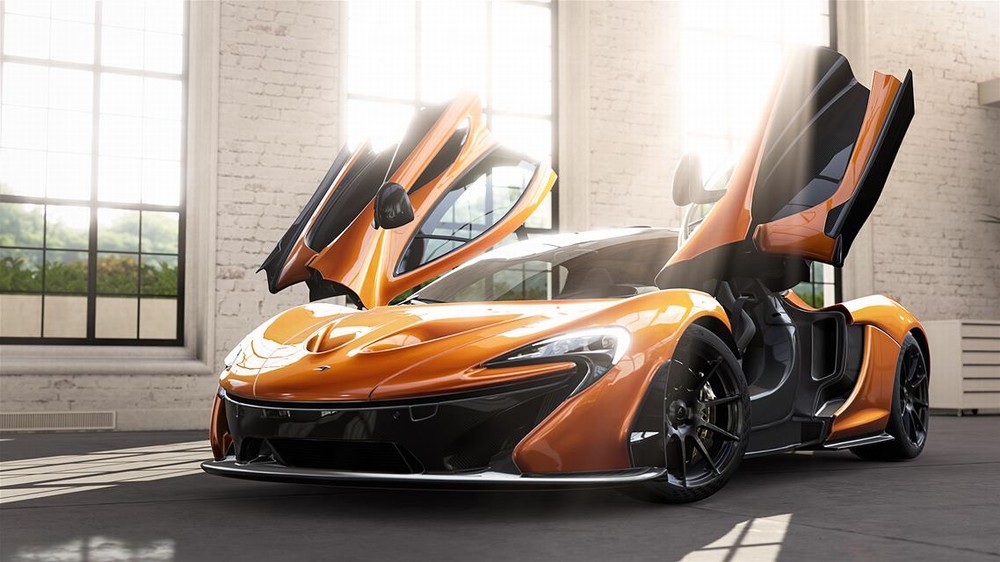 There are a few pluses to the Drivatar system.  One is that the computer opponents do make mistakes, and unlike the perfect AI from the past, it’s not surprising to actually see a computer car actually spin out or fly off into the sand pit on a hairpin turn.  Another is that seeing your friends’ names over the cars, on the leaderboards, and the topic of real-time race challenges makes things a bit more personal and a whole lot more competitive.  Suddenly it’s no longer about just winning the gold – you must crush your rival’s top lap time.

The progression of difficulty is smooth but always rising and you can control that curve with the various driver assists from braking and traction to the color-coded racing line on the curves.  I’ve always been one to accept nothing less than a first-place finish but that is often an unattainable goal in Forza 5; something the designers must have realized since winning a gold medal for an event often only requires a third-place finish.  There are hundreds of races broken down into all sorts of themed events for exotics, classics, muscle cars, etc. that will have you upgrading existing cars or purchasing new ones to meet class requirements. 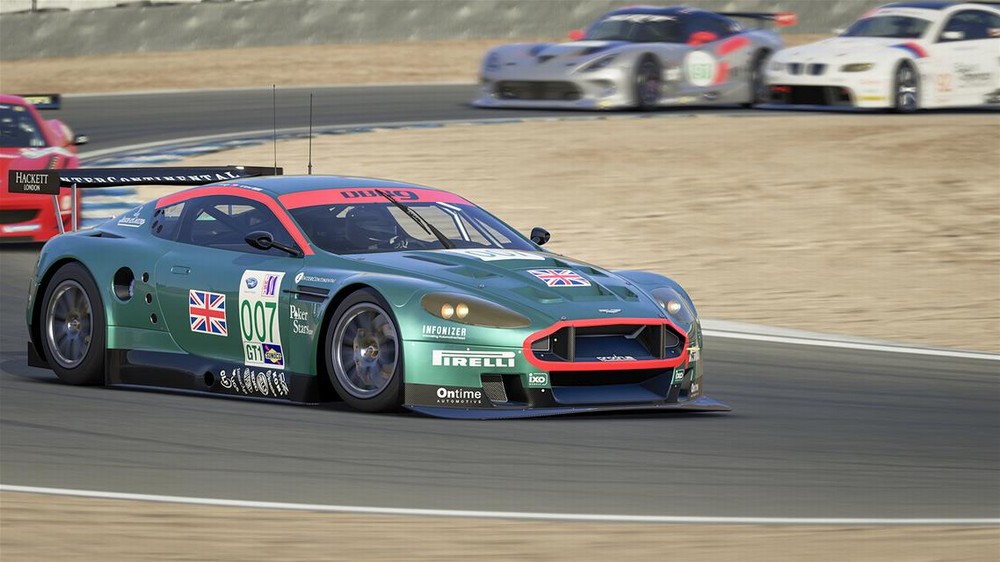 Forza 5 also supports multiplayer racing for up to 16 drivers, but honestly, after spending countless hours driving against virtual a-holes the last thing I wanted to do was drive against those same unfiltered a-holes in real-time.  At least Drivatars don’t verbally abuse you during the race.  But for those who do want to take their racing online, the multiplayer racing works quite well and has its own distinct level of challenge and fun.

Forza Motorsport 5 offers up a true next-gen racing experience with stunning visuals constructed from insane levels of detailed data.  The car models defy photo-realism and the audio mix created at Skywalker Sound adds an entirely new dimension to the experience.    I was disappointed that despite new cars and tracks being added there are still fewer of both than we had in Forza 4.  It seems that expanding your car library is now going to cost you big bucks, as the game frequently tempts you with new cars that cost real money.   And even though the game has a daunting multi-page library of race events, the frequent backtracking to countries, cities, and tracks gets boring after you have raced on each circuit a few dozen times.  I’m sure there is something to be said for mastering all the nuances of each track but this racer prefers the open road and point to point racing.  I only hope Turn 10 takes what they have done here and creates a next-gen version of Horizon.  I might even be able to forgive those crazy Drivatars if they do.