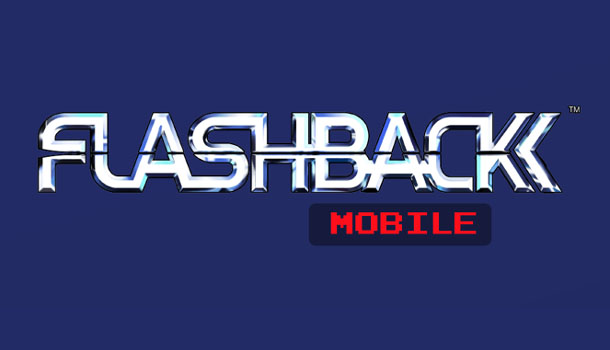 I still remember playing Flashback when it debuted on PC in 1993. At the time it was quite revolutionary with its cinematic presentation, slick platforming gameplay, and (at the time) impressive graphics. The game has since been rebooted, re-released, and even reimagined, and the last time I played it was in 2013 when it released on the Xbox Live Arcade. Interestingly enough I still have that version installed on my most recent Xbox One X and I even revisited it after attempting to play Flashback on iOS mobile.

I was more curious than anything else when I chose to do the review for the mobile version of Flashback. I couldn’t imagine how this fast-paced platform-shooter could possibly play without physical controls like a keyboard or gamepad and sadly, the developers couldn’t figure it out either. For me, the game was a complete flop on both my iPhone 8 and my iPad. Sure, it looked and sounded like the original and you can even choose a retro mode to disable all the fancy new updates and play it just like it was 1993, but the controls are abysmal to the point where the game is completely unplayable. Perhaps if you could Bluetooth a gamepad to your device it might be fun, but then you may as well be playing it on a real console.

The concept for Flashback is as solid today as it was in ’93 with you playing as Conrad Hart, a scientist trapped on Titan, stripped of his memories, desperately trying to get back to Earth while fleeing kidnappers and avoiding other alien enemies and environmental dangers. You run and jump and roll and climb and occasionally shoot enemies, hopefully before they zap you. It’s a timeless formula that has kept he game ranked in the top 100 games of all time for over 25 years.

The mobile version is nearly identical to the PC and Xbox 360 versions featuring both remastered and retro-classic versions of the game. There are new visual filters in place that totally enhance the hand drawn artwork, and the sound and music have been totally remastered. There is also a tutorial mode to ease you into the game and a cool rewind function for when you screw up or the controls let you down.

You have two control methods; one that uses swiping and push and hold combinations for various inputs, or you can opt for buttons along the side combined with swiping for movement. Neither are particularly fun or even functional, especially given the precise nature of the positioning for jumping and climbing. Conrad is always taking one step too far or coming up short for a climb up or down and getting the timing down for a run and jump across a gap is nearly impossible. Using the touch controls will have you pulling out your gun when you didn’t want to. The game was meant to be fast, fluid, and seamless, but on mobile devices it’s all stop and start and overcorrecting.

Flashback is a masterpiece; just not this version. After multiple hours spread across multiple days of attempting to play this on my iPhone I ended up going to my Xbox and replaying the entire game in a single sitting and had a blast doing it. The only positive thing I can say for this mobile version is that it’s a self-contained game. For $5 you get a real game with no in-app purchases, but sadly it’s a game you likely won’t want to play.  At least there is a fun little AR mode that allows you to animate Conrad and have him interact with your surroundings.

Details about this review
Release Date