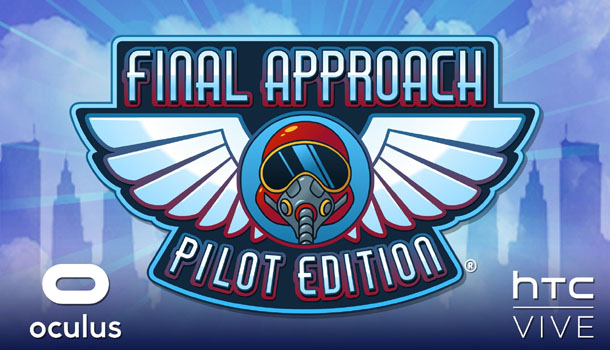 Turns you into a big kid with an even bigger toy box.

After playing about 40-some games on the Oculus Rift I am slowly starting to find my favorite uses for the technology. First, would be any game that gives me a first-person perspective of the action, whether that is a walking simulator or a cockpit shooter, and second would be any game that creates a virtual playground.  Not only does Final Approach: Pilot Edition fit into that second category; it redefines it and sets a new high bar by which all other VR miniature games will be measured.

Words and screenshots can’t begin to describe the experience you’ll have when you slip on an Oculus Rift headset and immerse yourself in these amazingly detail miniature worlds. Every level whether you’re on a tropic island, a busy metropolitan airport, a high-rise section of a large city, or even out on the open sea during naval maneuvers, is loaded with details and small touches that reminded me of the intricate work that old-school model railroaders used to put into their creations.  In fact, now that I’ve logged about 25 hours playing Final Approach: Pilot Edition I really want somebody to make a VR model railroad game where I can drive and watch trains moving around similar landscapes. 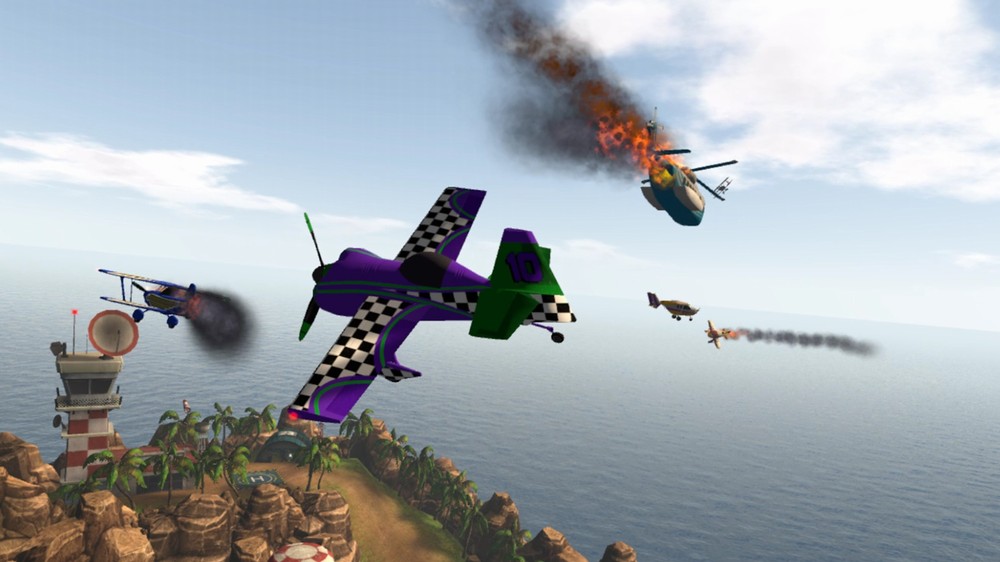 The visuals are simply incredible, both from the elevated god-like overview and especially when you get down to the ground level as you taxi your planes around a busy airport, getting them from terminal to runways or sending a fighter jet to a military hangar, or redirecting private aircraft to the outlying hangars. You’ll see firefighters running around in their gear and maintenance vehicles are driving all about.  The city level with skyscrapers and construction site, and police station with tiny little cars driving about and people walking around had me wanting to call the Sim City people and say, “HAVE YOU SEEN THIS?!”

Beyond the visual presentation that sets new standards for VR miniature worlds, the gameplay in Final Approach: Pilot Edition is even more fun. Things start off slow enough with some easy intro levels that are easy to earn three gold stars once you master the awkward controls, but as you work your way through the game’s second half the challenge goes beyond landing planes and it gets much more difficult to earn three stars.  You are way more than just an air traffic controller in this game.  You will be taking over control of individual aircraft, landing them, and in some cases refueling, repairing, and sending them back into the skies.  Other mini-game style duties might have you personally loading luggage from a conveyor belt into color-coded destination trailers, manning a fire hose to extinguish plane and building fires, or even zooming down to the runway to blast an air horn to scare away birds who are flocking on the tarmac. 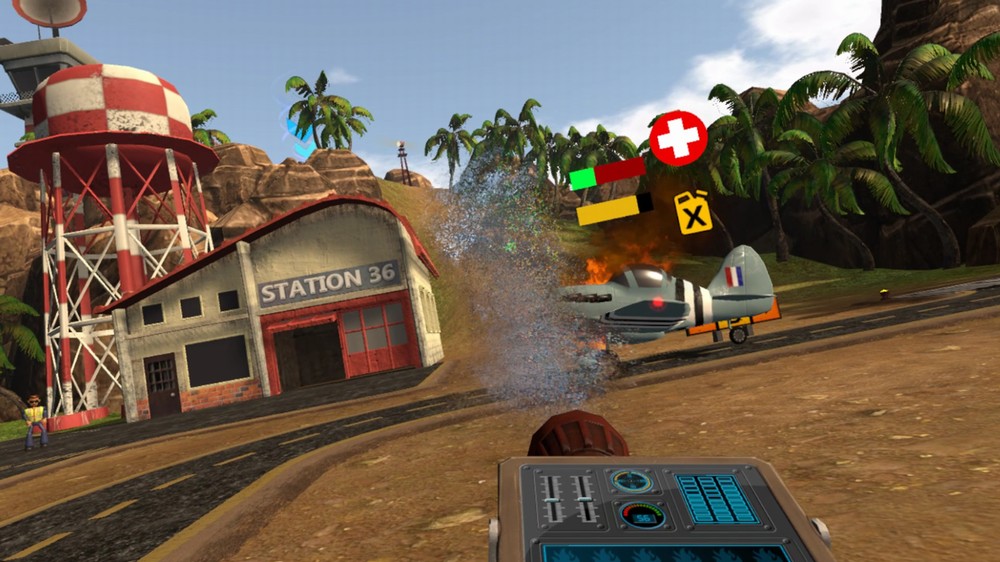 There is a lot of time and resource management going on in the game. You can’t land jumbo jets unless you can park them at a terminal, which means you must keep an eye out for planes that are loaded and ready to depart.  Some planes may be running low on fuel or even catch fire.  You’ll need to land those ASAP and get them to a fire station where you douse the plane with a virtual stream of water then move it to a repair hangar.  Planes can only take back off once they are fully repaired and refueled.

Other levels present more unique challenges. In the city you may fly a police chopper and catch a rooftop burglar with your magnetic winch then deposit him at the police station, or you may need to clear wrecked cars from an intersection or fly in a medevac unit to collect injured construction workers and take them to the hospital.  The island level has some fun air-show challenges like flying around popping balloons or dropping bombs from a B2 Stealth Bomber, and the navy levels have you shooting down malfunctioning drones and even defending against an alien invasion at sea. 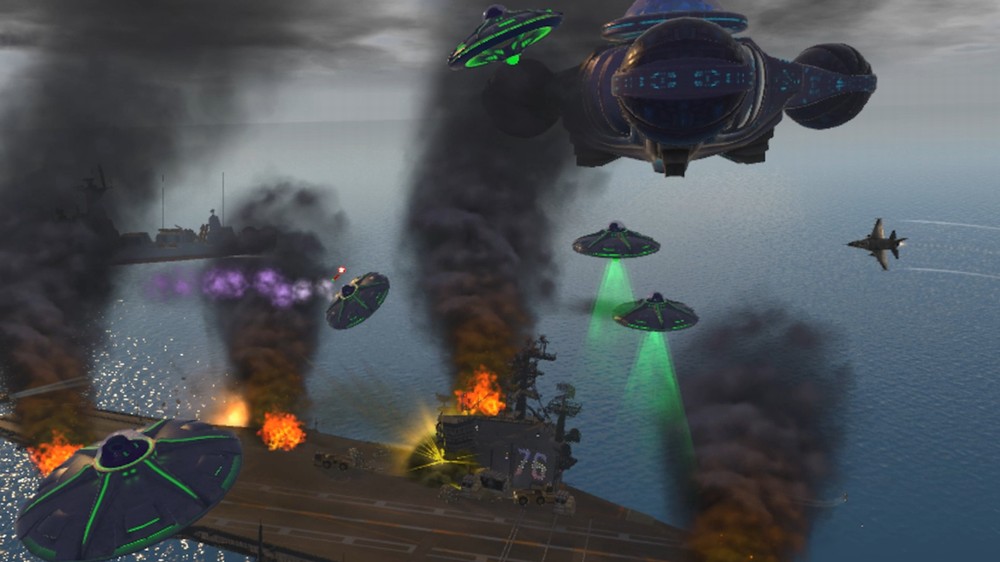 Final Approach: Pilot Edition is insanely fun and totally addicting once you get used to the controls and the somewhat clunky camera view. The Pilot Edition of Final Approach is designed for a gamepad, while the original game was designed for tracked motion controllers such as the Vive and upcoming Oculus Touch.  Choosing a plane or a ground-based zoom point is as easy as looking at it and hitting the A button.  The X button will instantly return you to the sky view and planes will resume auto-piloting around the skies.  But once you take control of a plane you keep control of it, even when it snaps out of your view.  This means you are constantly spamming the LB button to re-center your view behind your chosen plane, which can create some awkward surprises when your view suddenly does a 180 and your plane is headed for a building, mountain, or giant flying saucer.  It took me about an hour to get a grip on the concept, and I can easily see some having severe issues with the camera controls, which is the only reason this game is not getting a perfect score.

The designers claim 6-8 hours of gameplay for the Story mode and infinite replayability in the Free Play mode.. I logged twice those hours in my first three days playing and spent 25 hours completing the story, and I still plan to go back and get a few missing stars, assuming I can ever figure out how to earn them.  I think most of the missing ones are based on my completion timer, so I just need to be faster.  Each level gives you several pages of objectives that need to be completed to win the scenario, but I keep getting distracted by planes on fire or low-fuel distress calls when my real objective is to land three helicopters, etc.  Focus man…focus!  Ironically, when I failed a mission I was never frustrated.  In fact my reaction was usually, “Oh yea…I get to play it again!” because no two missions ever play out the same. 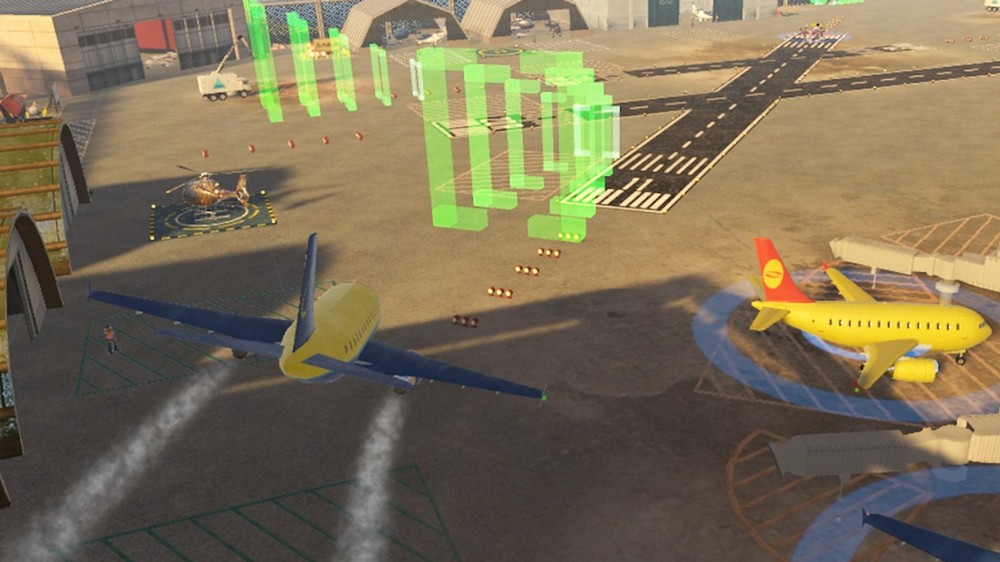 For everyone else, I can’t possibly begin to express how magical it is to slip on a Rift headset and get transported into these miniature play sets of your childhood dreams. I still remember the first time I saw that giant model railroad at the Chicago Museum of Science and Industry – that is the same feeling I get playing Final Approach: Pilot Edition…even still.  The sense of wonderment is immeasurable.  The amazing variety of aircraft, the challenging objectives, and the gorgeous visuals make this a must-own game for anyone with an Oculus Rift. 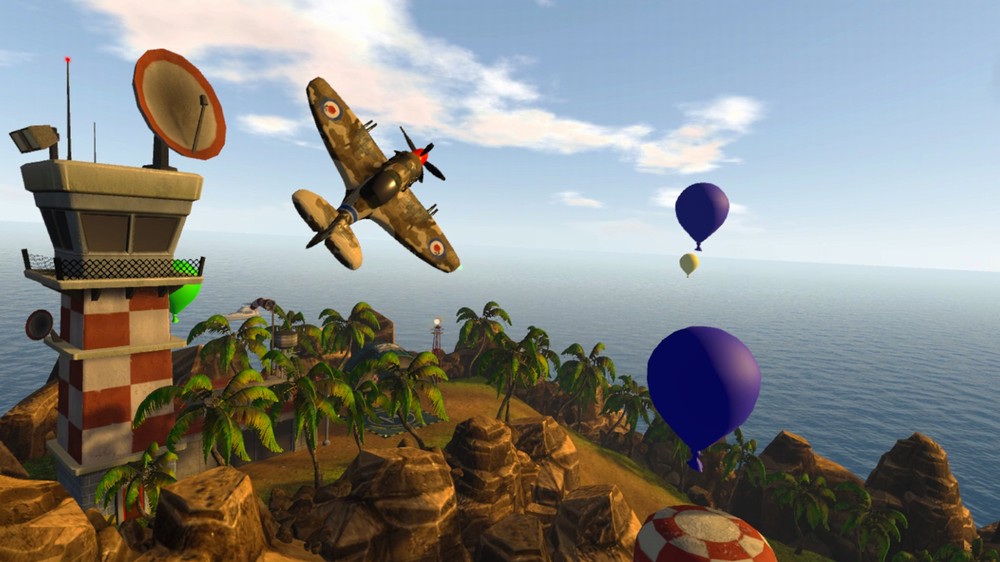 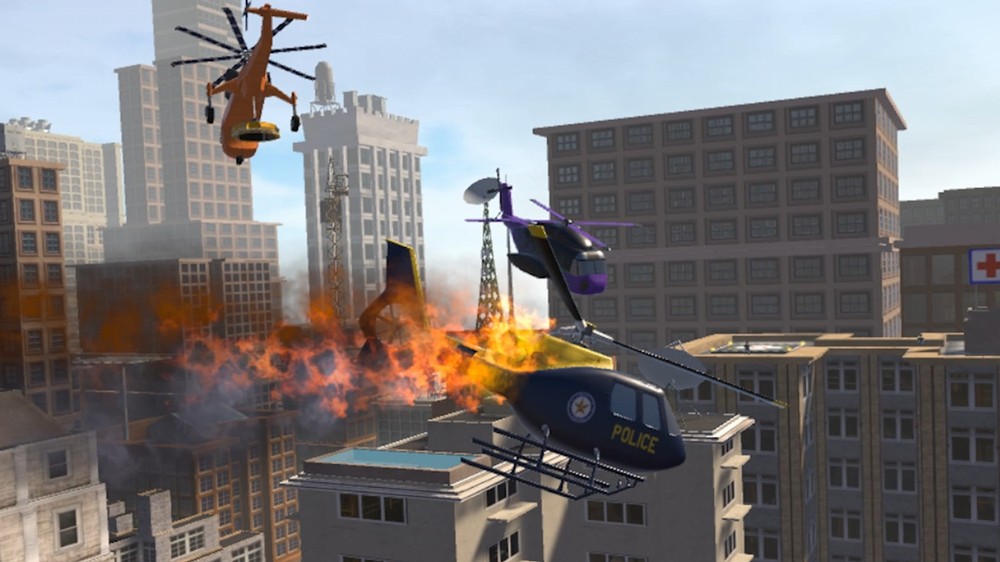 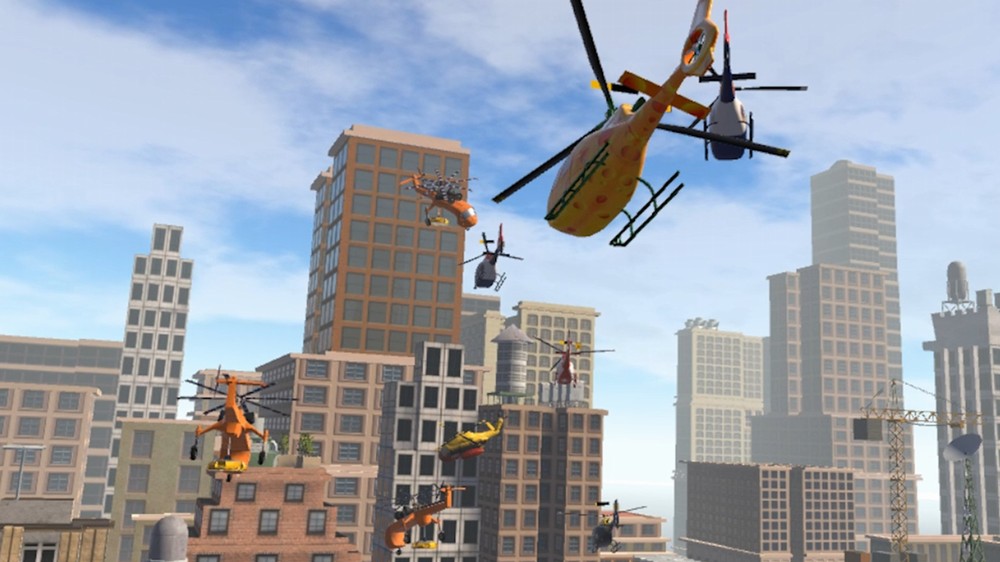 1
1028
The Walking Dead: Saints & Sinners Review – Oculus Quest
2
833
Frictional Games Shows Off First Gameplay Footage of Amnesia: Rebirth
3
833
Join the Galaxy’s Finest as Star Wars™: Squadrons Soars Into Homes Today
4
833
The Falconeer First-Look Preview – PC
5
833
Metamorphosis is 33% Off on Steam!
6
833
Werewolf: The Apocalypse – Heart of the Forest launches on October the 13th
7
833
Synth Riders Celebrates Anniversary with a Month Full of Treats and an Oculus Ques...
8
833
Worm Jazz Review – PC
9
833
CRASH BANDICOOT 4: IT’S ABOUT TIME IS AVAILABLE NOW
10
832
Take to the Skies and Choose a Side in the New Trailer for Next Generation Air Com...
All Original Content on Game Chronicles is Copyright (c) 2002-2020
Sinjin Solves Walkthroughs Copyright (c) 1996-2020 by Mark Smith