Loads of potential in this demo-length sample of what hopefully becomes a full game.

FATED: The Silent Oath is easily one of the most impressive interactive narratives I’ve experienced on the Oculus Rift in the month I’ve had one and also one of the most disappointing. Let’s just get the bad stuff out of the way right here at the start.  The entire experience clocks in at just around 90 minutes -120 minutes tops if you die a lot which is next to impossible.   Most of the game is on rails and locked into a fixed walking speed which is often painfully slow, but on the plus side the slow pace makes it virtually impossible to get VR sickness.

The game ends after four acts with a brutal gut-punch cliffhanger, like somebody ripped out the last half of your favorite book, and NOWHERE on the Steam or Oculus store pages does this game indicate it is the first installment in an episodic series.  The description does say “move-length”, but nothing about leaving you hanging from the proverbial cliff with no clue as to a sequel or future episode.  And if this game is episodic, does the $20 price include future episodes or just this 90-minute appetizer.  Not even their website or blog answers this question. 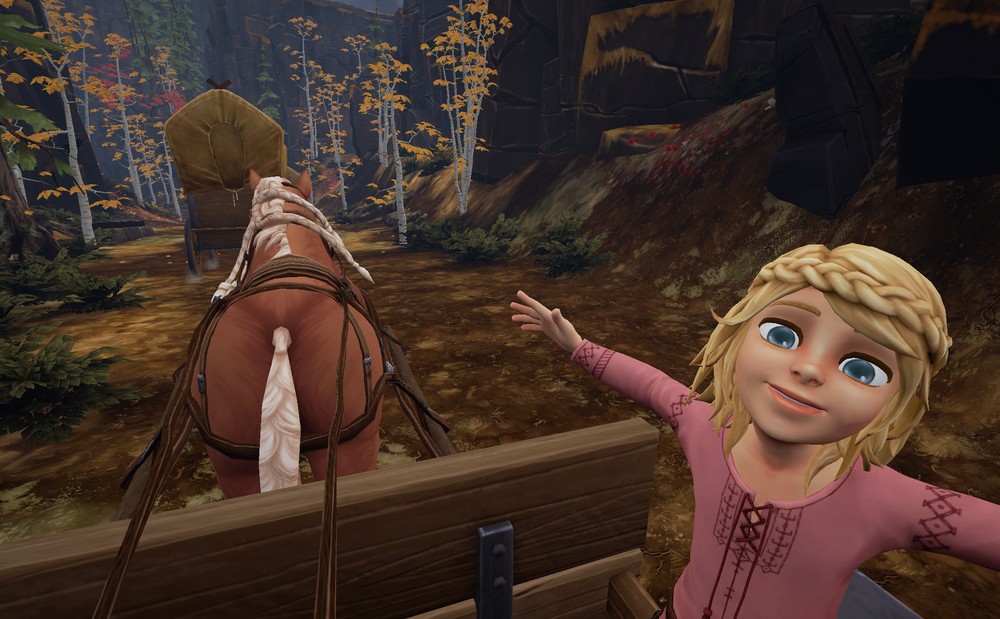 OK…with that said let’s talk about what I did like. The story begins surprisingly enough with you, the hero, fatally wounded and knocking on Valhalla’s door.  Oh…did I forget to mention this game is set in Norse mythology with Vikings and other cool stuff from that genre?  Anyway; you are met by this angelic woman who agrees to return you to your adoring wife and adorable daughter – seriously…could this kid be any cuter – in exchange for your voice.  At first I thought, “What and odd exchange”, until I realized the brilliance of the concept.  By not having a voice you are forced to communicate with in-game characters by nodding yes or shaking your head no.  It’s a clever way of allowing you to interact in dialogue without having to pick options from a response menu.

Once your spirit returns to your body you find yourself in the back of a wagon returning to your village…or what’s left of it. Seems the town has been trashed and you need to find the survivors and plan your next move, which ultimately leads to a wagon train through frost giant infested mountains that is certain to end in some sort of tragedy.  From here the game takes on a more traditional adventure feel with slow explorations through mountain caves and ancient ruins with the occasional puzzle where you must match certain runes to open a door or follow a path across the floor just like Indiana Jones did.  There is no real combat in the game, but you will get to go deer hunting with a bow early on.

What really sold me on the entire experience was the quality of the visuals which, stylistically speaking, are right on par with something you’d expect from the early days of Pixar or DreamWorks. While primitive in polygonal construction, the textures and colors are vibrant and totally convincing.  The facial expressions are so emotive and the story is so moving at times you might start to mist up your VR headset.  The 3D effect is perfect and there is total immersion as your head is perfectly affixed to your virtual body.

The game controls with the Xbox gamepad and works well enough with simple slow movement using the left stick while the right stick turns your body independent of your head which is controlled by the headset itself. Left and right triggers control your respective arms and hands for things like shooting a bow, holding a torch, and most importantly, hugging that adorable daughter.  There is also a really cool segment where you are steering a wagon, and the triggers can tug on the reins of the horse to navigate – easily the most exciting section of the entire game. 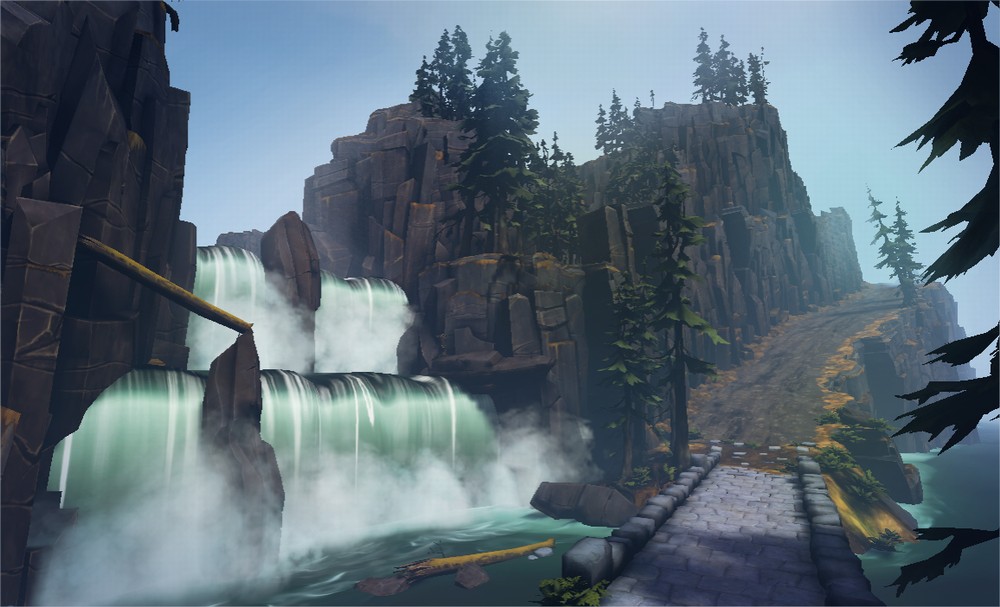 FATED: The Silent Oath is a great taste of what is possible in VR. Everyone that tried it all thought it would be great to have a game like Elder Scrolls or Skyrim using VR in this fashion.  What you sacrifice in photo-realistic visuals you more than make up for in interactive immersion. While I enjoyed my time with the game immensely I was totally blindsided by the abrupt cliffhanger ending.  There really needs to be some clarification in the description, so people aren’t misled into thinking they are getting a complete game for $20.  It would also be nice to know the future of this series, or if it’s a series at all.

I’m really torn on how to score this game. What I did play I loved and it’s easily worthy of a 4 or even a 4.5, but in my opinion the game is incomplete, and until there is some resolution I can only give partial credit and throw up a big caution flag on recommending a purchase.   I mean, you can actually finish this game within the time limit Steam allows for a refund.  Oculus store purchases don’t have this luxury, so hopefully a sequel is in the works and it’s included in the base price they are asking for this initial sneak peek at a potentially epic Norse adventure.  I know I want more… 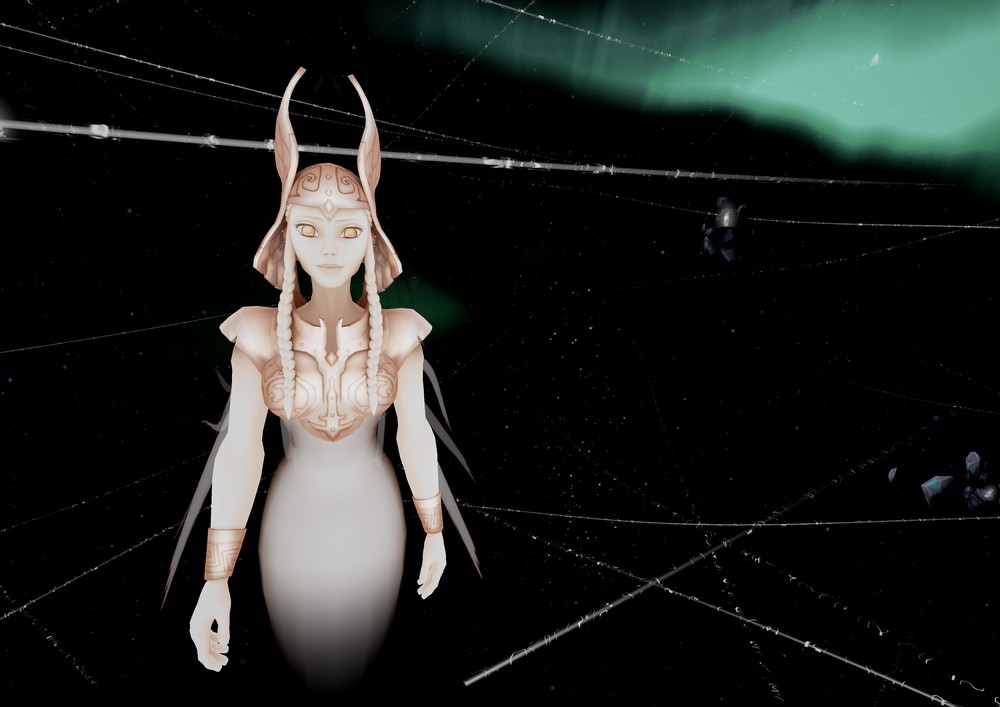 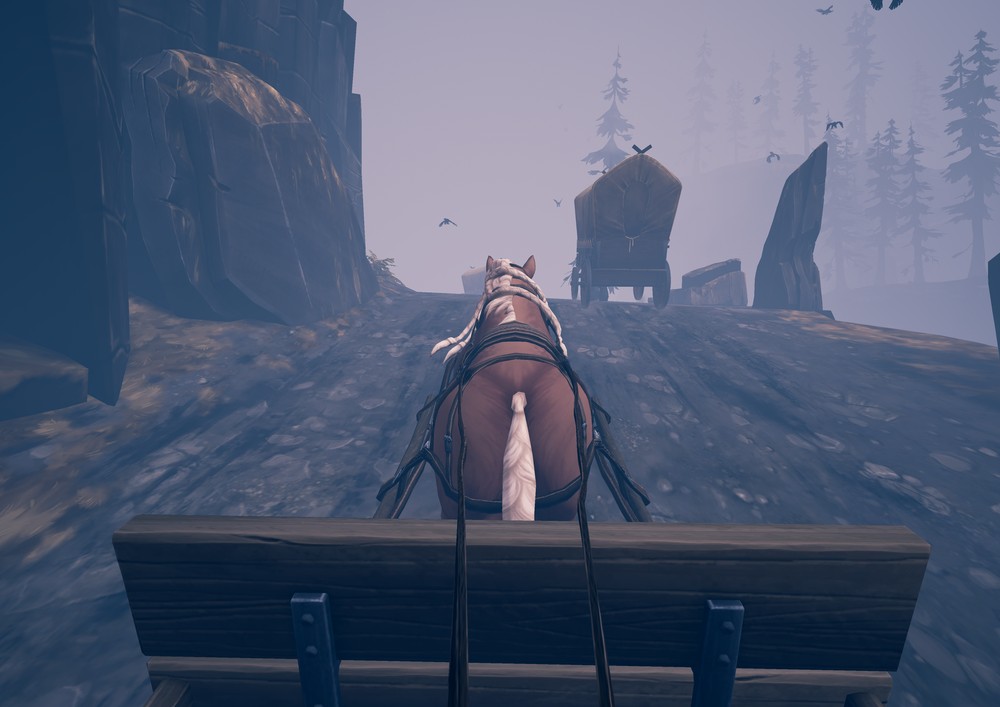 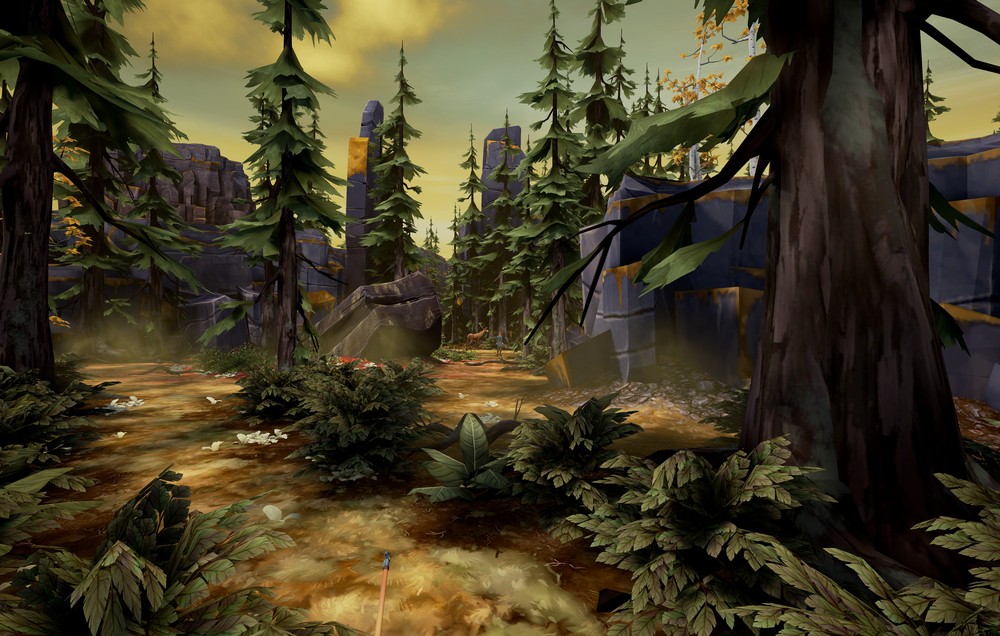 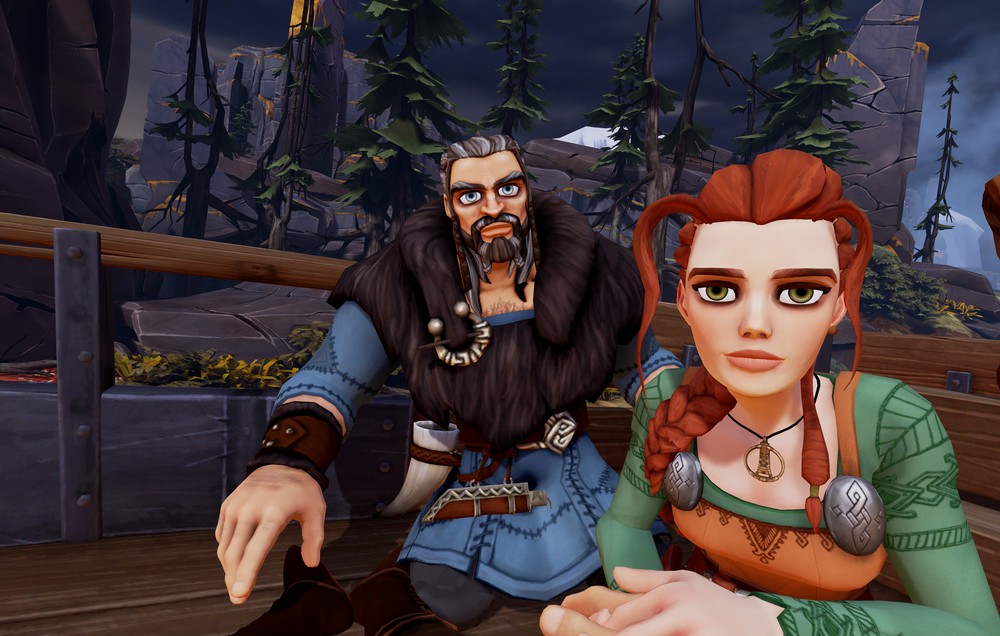 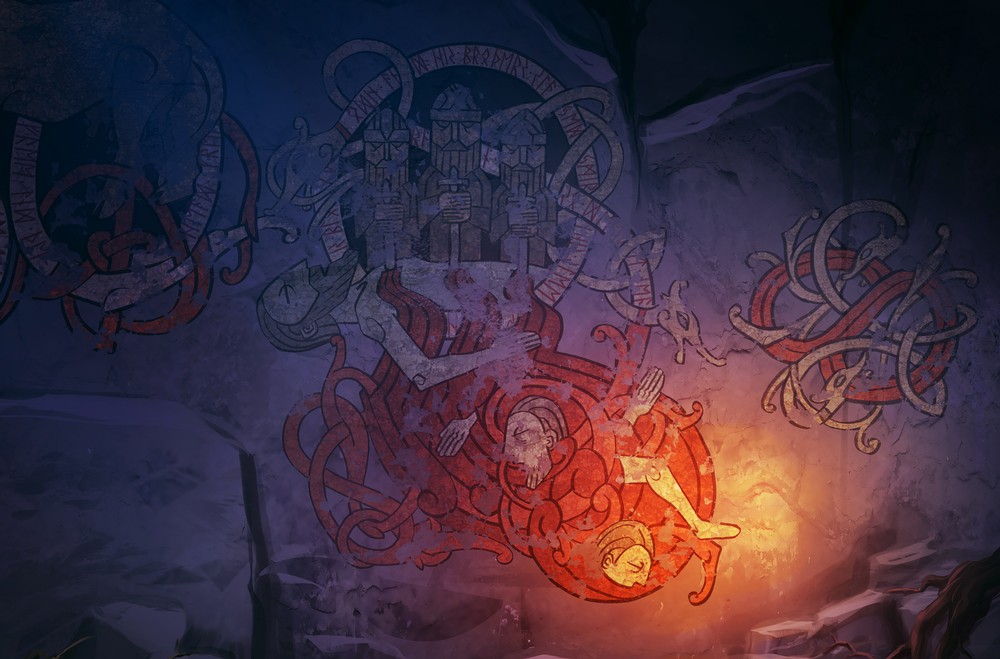 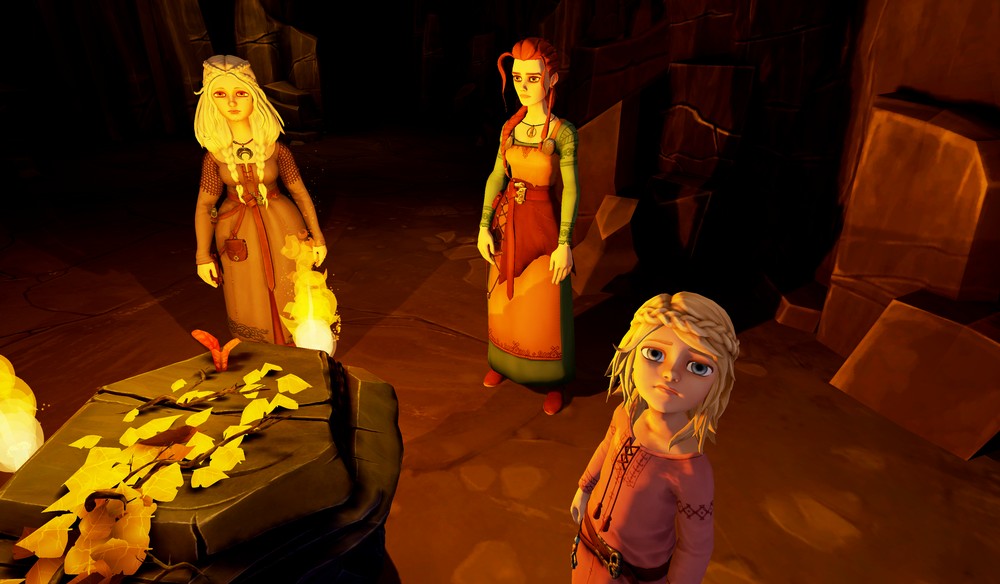