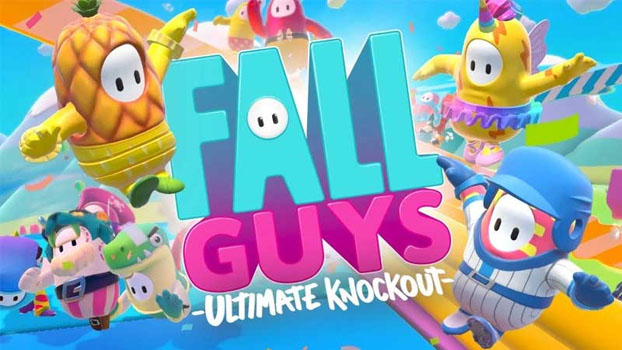 + Lighthearted, frantically fun and chaotic gameshow-style game all about being the last jellybean standing.

A crazy, chaotic mix of minigames where winning is elusive, but losing is just as addictive and fun.

If you ever wanted to be a contestant on a gameshow like MXC or Takeshi’s Castle or Wipeout, then Fall Guys: Ultimate Knockout is probably your best chance to finally fulfil that wish. While the game is billed as a battle-royale because of its last-man-standing goal, it does not play like any other battle royale game that I’ve yet experienced.

Most battle royales are about being the final survivor of a highly lethal environment with everyone out to kill each other with a various assortment of weapons and slowly shrinking playable areas. Fall Guys, however, is a colorful, hilarious gameshow-style game with a huge assortment of mini games that are all designed to slowly chip away at the initial pool of 60 players, eliminating several each round until you find a winner.

The assortment of minigames is already impressive, with the possibility of even more to come since the game has had such an initial success. Because of the random nature of the selected games, I have played several rounds of the game and have yet to experience all of the various games. 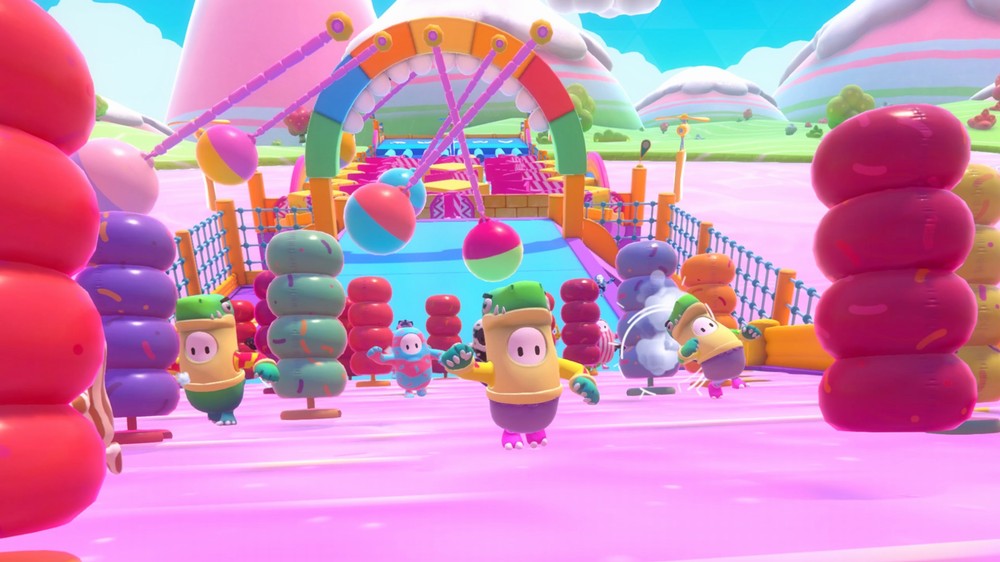 Some of the minigames are better than others and some will become ones that you downright dread for one reason or another. There are some that are a mad dash to the finish line where the last few will be eliminated after a certain number cross the finish line. Others will eliminate people as they fall off the edge (or get pushed by the more aggressive style of players). And then there are some team-based games where the team that ends up with the lowest score is the one whose entire group gets eliminated for that round.

The game’s style is very colorful, featuring characters that are referred to as Jellybeans, because of their shape and wobbly nature. Another feature of the game is the unlockable cosmetic items that you can get for your jellybean in order to design and dress them up in fun and unique ways. Additionally, each of the iconic mini game areas is also very colorful, with each obstacle or piece of the environment being easily identifiable and standing out from the surrounding area. All of this creates a playful, enjoyable, and really comedic atmosphere as you watch your jellybean stumble, fall, and wobble around the play area, trying to qualify for the next round and, hopefully, get a chance at winning a Crown, the sign of victory. 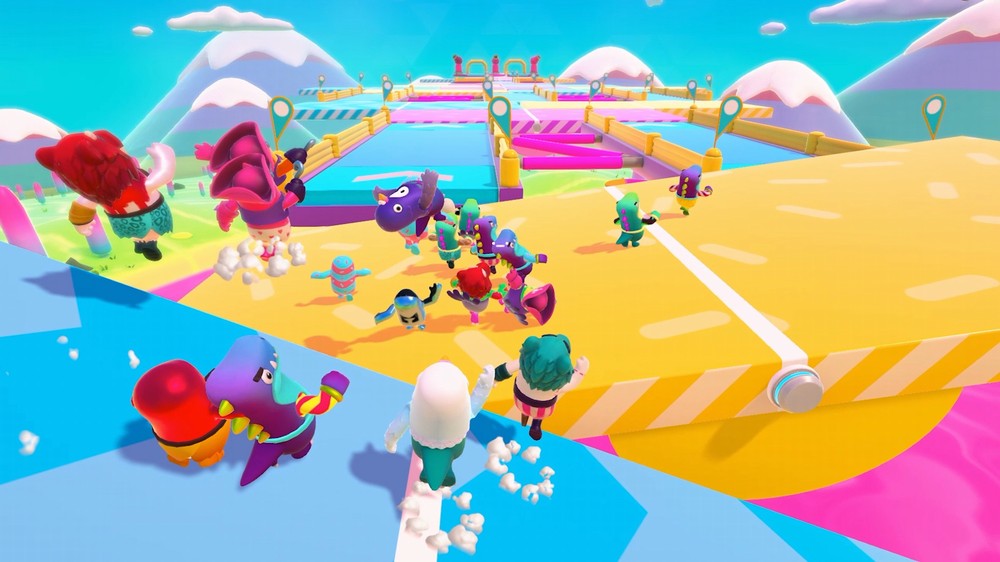 The thing is, that being the ultimate winner in any round is really, really challenging. As of writing this review, I have yet to win one, though I have made it to the final round a couple of times. But, the amazing thing about the game is that the way it rewards you for each little success like qualifying for the next round, makes it so that even if you don’t win, you still feel like you’re progressing. And it makes chasing that crown all the more enticing. It always seems like it’s just within reach, but so very elusive.

Win or lose, I have to say that Fall Guys is a really fun game and a great way to kill some time. It’s an easy game to get into with very simple controls and intuitive, easy to understand objectives for each of the minigames. It is a game that can be easily enjoyed by gamers of any age and of any skill level. Also, it is a perfect game for someone who wants to play but doesn’t have hours to invest in a single game session. 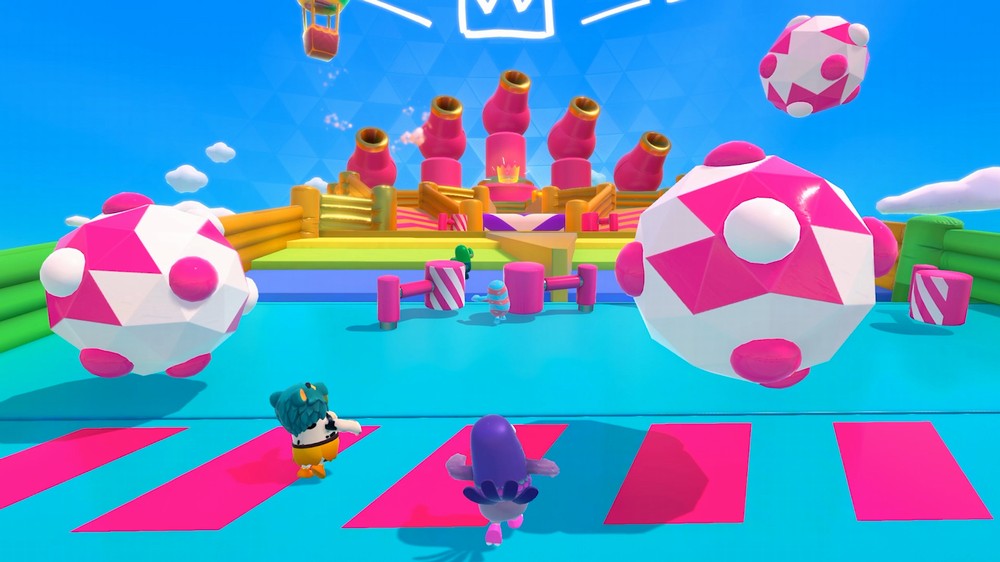 I think that one of the only real criticisms that I can think of for the game is that it definitely seems like certain minigames have a much higher chance of showing up (Gate Crash and Hit Parade) but then again, it could just be that those are ones that I fear and then notice when they show up that much more.

Overall, I think the game is a real gem. It brings a new, but perfectly fitting spin to the battle-royale genre. It is a party game that can be enjoyed by absolutely anyone. It is simple to get into, but absolutely a challenge to master. It does a really good job of mitigating the frustration of loss by helping you celebrate the minor successes that you find along the way, and also making failure hilarious and fun and just as entertaining as winning.

To me, this game feels like a no-brainer and one that everyone should add to their library for when they just need to mix things up and take a break from the more serious, highly competitive, or super-hardcore games that seem to be more and more the norm these days. 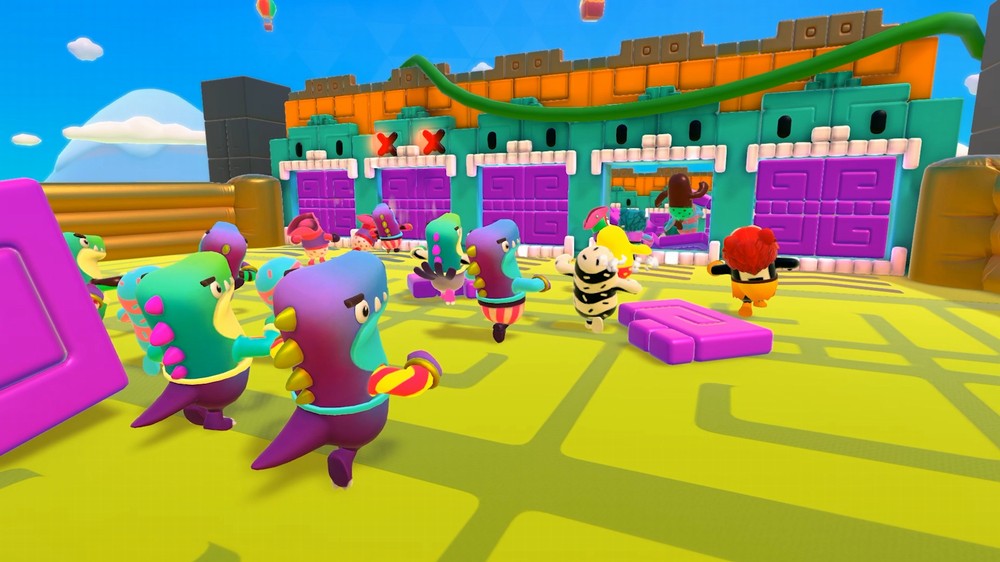 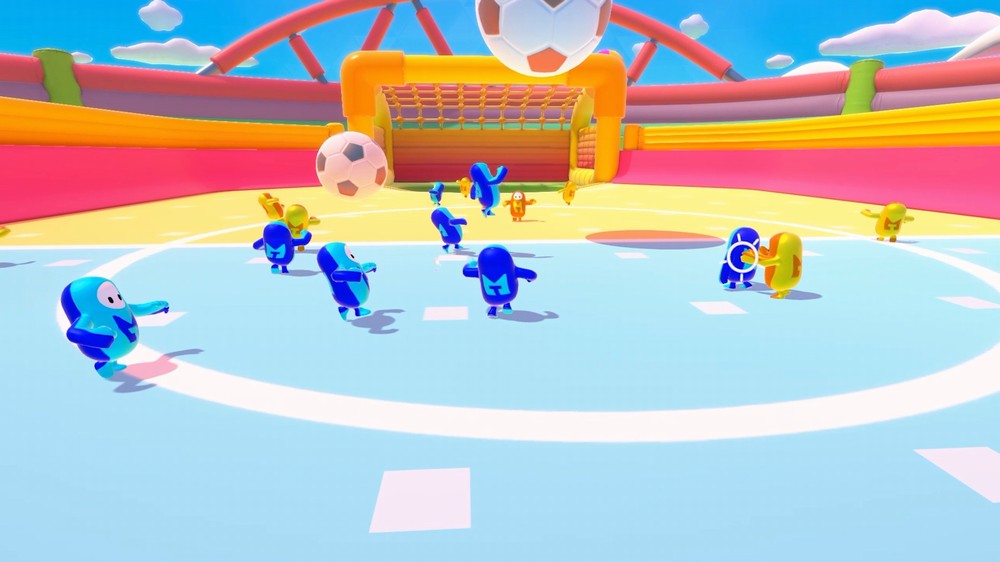 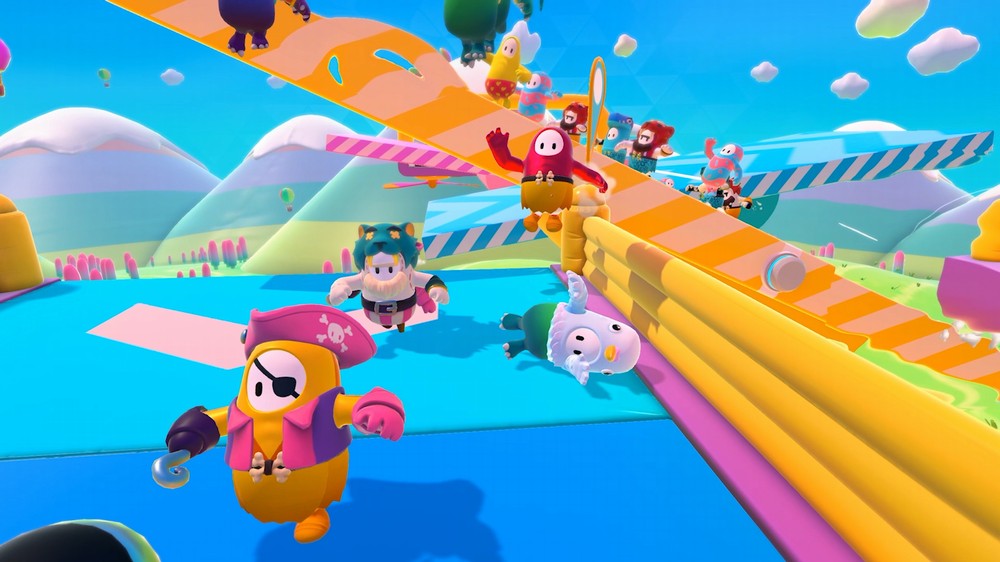