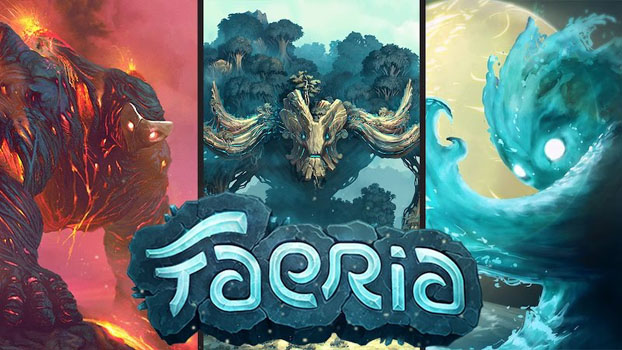 2020 has been a wild ride, games getting delayed, consoles sold out, GPU’s going for 5 times MRC.  Seems like maybe we could use a little spark of magic to brighten up the rest of our year, and I think that’s where Faeria comes in. Developed by Abrakam and published by Versus Evil officially released on November 3rd for PS4 after three years on PC and getting beaten to release by Xbox and Switch in August of 2020. From what I’ve seen Faeria has been described as a “Living game board” in regards to how the board evolves and changes based on your decisions made during the battle. Faeria has gotten great reviews from some major companies for being a new and unique combination into the collectible card game genre. The biggest claim to fame is “earn all 300 cards in less than 50 hours” really pushing on the companies call that it’s not about the cards you have; it’s the board and how you use them. 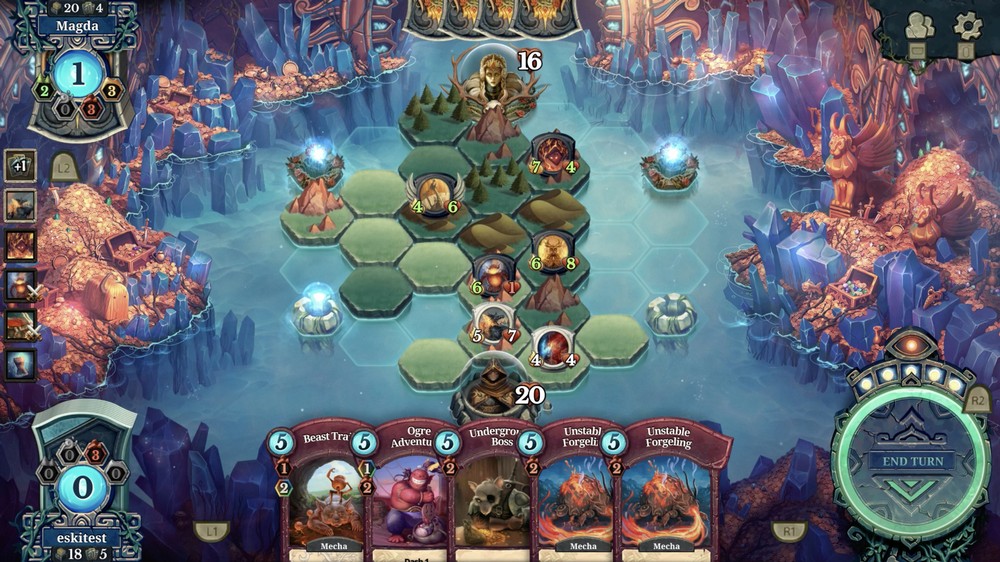 To start off, Faeria has no story mode, so if you want to learn the game you’ll need to play the tutorial matches and then dive right into battles against A.I in either Pandora mode, Faeria’s draft mode where you collect cards and face off against A.I combatants or against real players. Drafting cards and getting better and rarer cards will help you in your battles but really, from what I’ve experienced it’s all about the gameboard and who controls it and has built it up properly to strategically play your cards. The draft mode is interesting because you have two different currencies to use; a practice coin and a Pandora coin. The game is played the exact same way, no changes are done at all, but the rewards are vastly different and also max out at different levels; Pandora at 9 wins and practice at 3 and the quality of rewards goes with using practice coins.  Pandora coins are the preferred way to increase your collection faster if you are a good enough player, which I am not. The A.I can hold up for itself but after awhile you start to learn their patterns and the cards they use.  PVP is also fun to use but if you aren’t about those stressful situations or have “PVP phobia” then stick to A.I; you’ll still love the game and enjoy your time played.

Expanding your card collection to keep up with their promise of 300 cards under 50 hours is very doable due to the fact you start crafting as soon as you finish the tutorial.  There is no currency to speak of, its all time based. When you level up you unlock rarer cards so all you do is craft a card and the cooldown begins before you can craft another. Your deck improves at your pace. You can be crafting legendries by your 20th hour of play or less depending on what you invest, and your only investment is time. 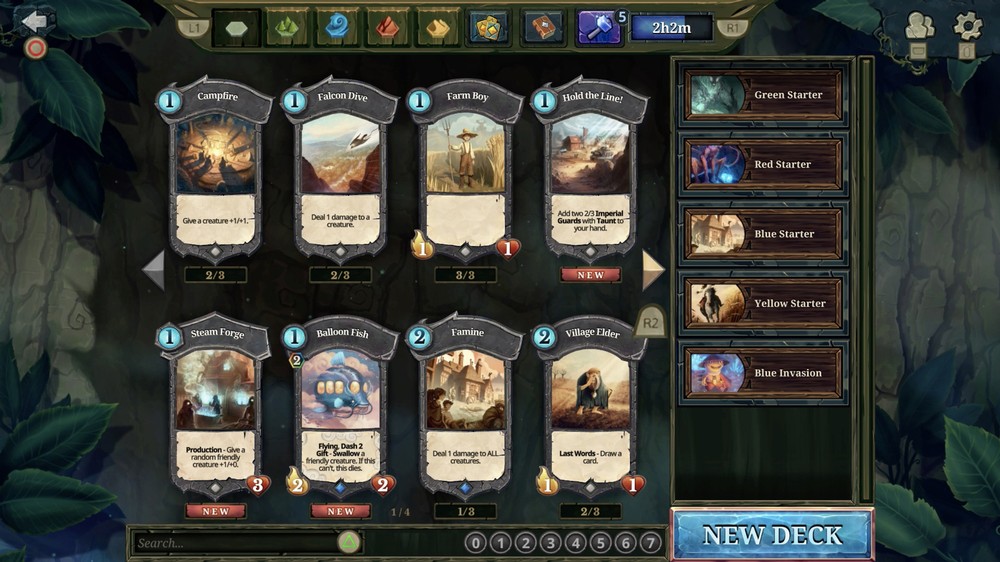 Building the board is key, as the match progresses you can build either land, forest, deserts or lakes. Each of those are used as a resource alongside your Fae, aka mana, to summon and play cards. Example is 6 Mana cost, 2 forest to summon an ogre monster. Without the forests it doesn’t matter how much you have in your mana pool. It’s an interesting combination of Hearthstone and Magic the Gathering, which I’ve played both and have mastered none. Faeria is still pretty fun to play.  It’s casual enough to play against A.I without going too hard into it. As with most deck building games, the board is important but you also want to have a bit of focus on your cards. You wouldn’t build a random amount of different lands and then try throwing cards in their willy-nilly. You want to focus, like in most CCGs on one or two “colors” or in this case Elements to focus on so that you get some heavy hitters and good support cards.

Faeria is fun, colorful and brings in an altogether different style of gameplay which solidifies its rave reviews since its release in 2017 and now again in 2020. It prides itself on being able to play and enjoy the game without having to spend any money. Faeria does have DLC, it’s a CCG after all, and they range from expansions that yet again expand your card library to just different card backs, and cosmetic changes. About the biggest gripe I had is a lack of story.  As amazing as the cards look and the lore cards that you can collect give you a tidbits of info, I want to experience something, not just read it. 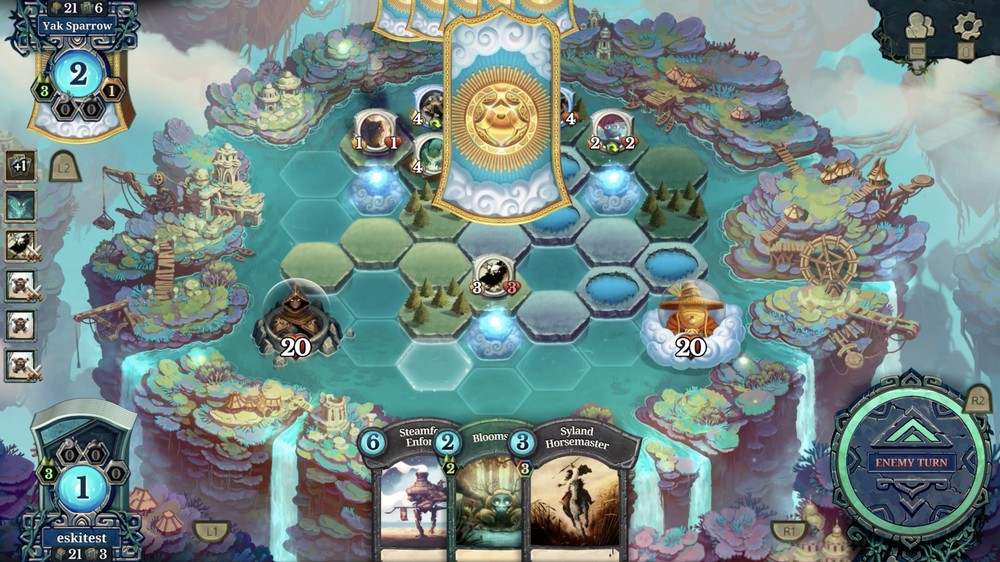 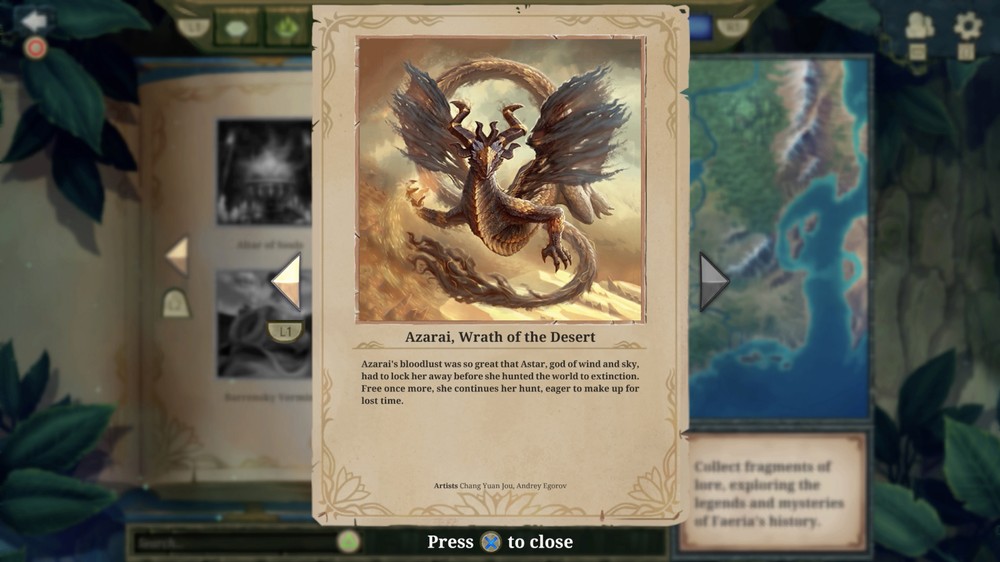 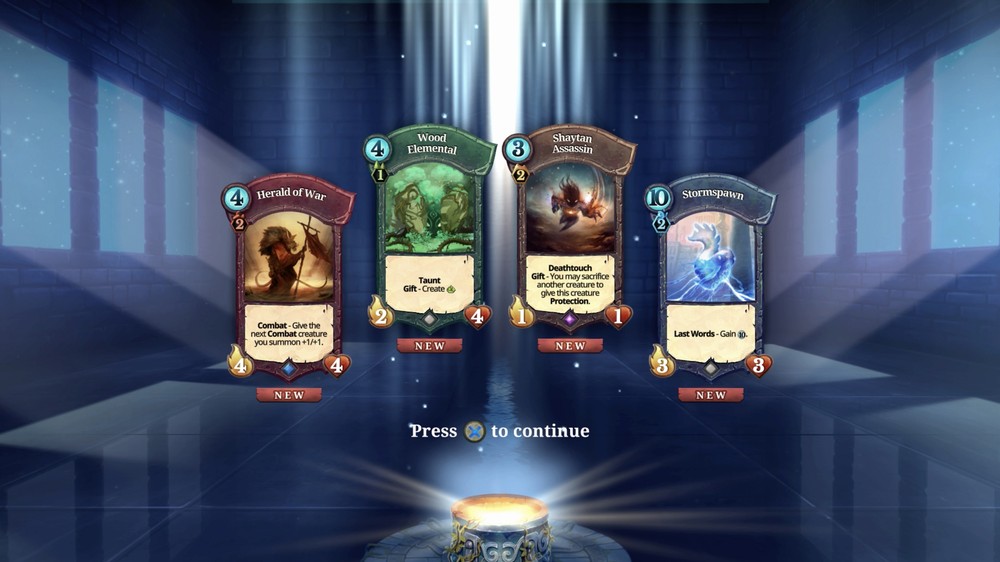 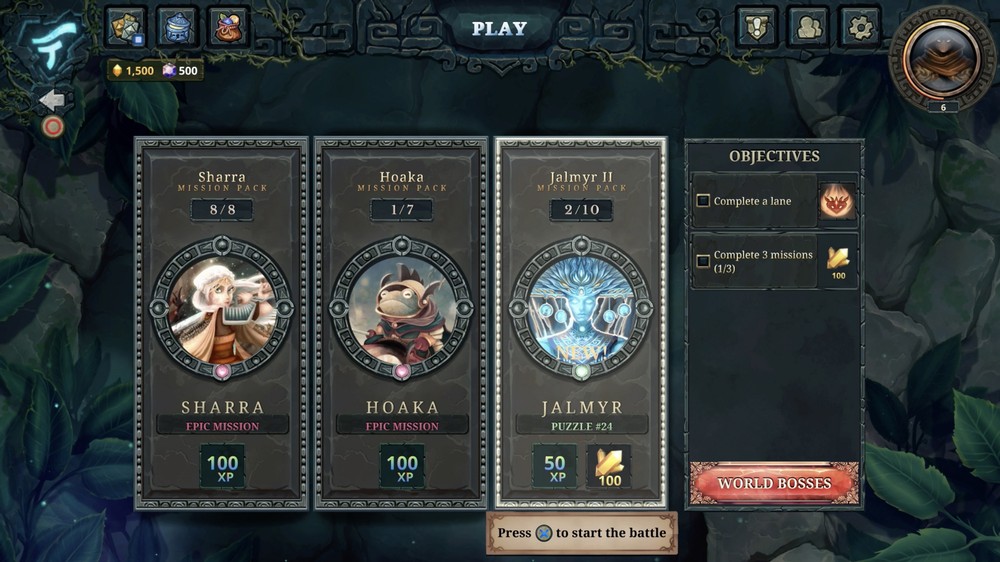