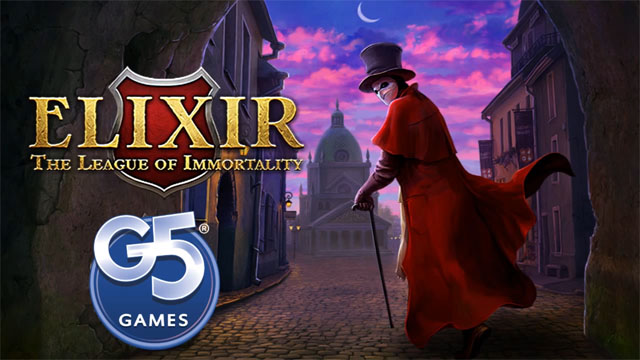 Graphics are slightly dated and there is no speech,

62 levels, 21 puzzles and mini-games should keep you glued to your iPad for several challenging hours of adventure.

With all the new consoles and games coming out it seems my iPad hasn’t been getting as much attention as it normally receives throughout the year, but that hasn’t stopped G5 Entertainment from releasing more great games, and you can add Elixir: The League of Immortality to that list.  Combining elements from both hidden-object games and puzzle-solving, Elixir offers a fun, challenging, yet casual adventure that will grab you with a surprisingly good story, and keep you entertained until the end.

You’ll be playing detective, investigating the death of your small town’s mayor, but unlike other crime solving games like Special Enquiry Detail, this one has more sinister and supernatural overtones as the title might suggest.  Elixir does several things and manages to get them all right.  The conversations are actually entertaining and informative and give the game personality while the hidden-object games are challenging without being cluttered, but the best part of the game has to be the puzzles, which are some of the best I’ve played in these adventures all year.   There is a nice range of difficulty with some puzzles being easy and obvious while others require considerable thought and study.

As is the norm with these games you can choose your difficulty level which will in turn affect sparkly indicators or hint refresh times.   Hints like finding out where to go next are free but actually getting help for a puzzle will restart a lengthy countdown.

Elixir: The League of Immortality is merely average when it comes to presentation with cutscene and in-game graphics that you would expect to find on a PC game from several years ago.   The architecture and art style was slightly reminiscent of BioShock Infinite, and while the backgrounds are fairly static there are subtle animations to keep things looking alive.  Yes, there are certainly better looking games in the G5 library but few as entertaining.   The audio is a mix of pleasing music, ambient environmental effects and some nice sound effects for in-game actions and interface tones, but there is no speech.

I found add Elixir: The League of Immortality to be great fun for the few hours it took me to complete, and despite some dated visuals the blend of object-hunting, conversation, and puzzle-solving was enjoyable and challenging enough to make this a definite addition to your mobile adventure library. 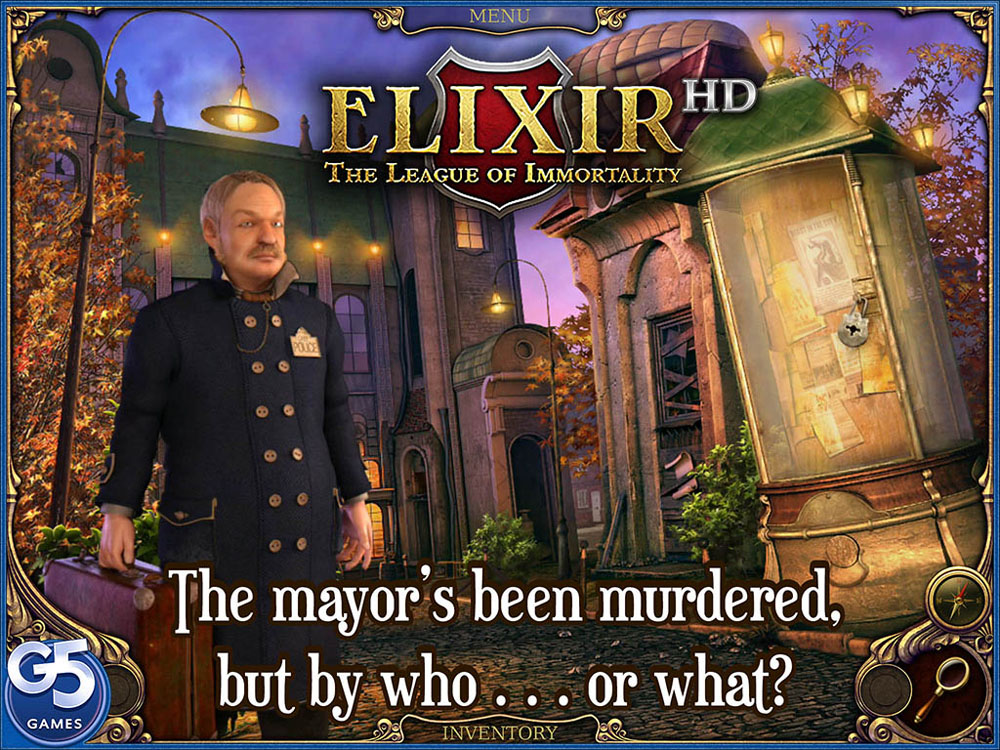 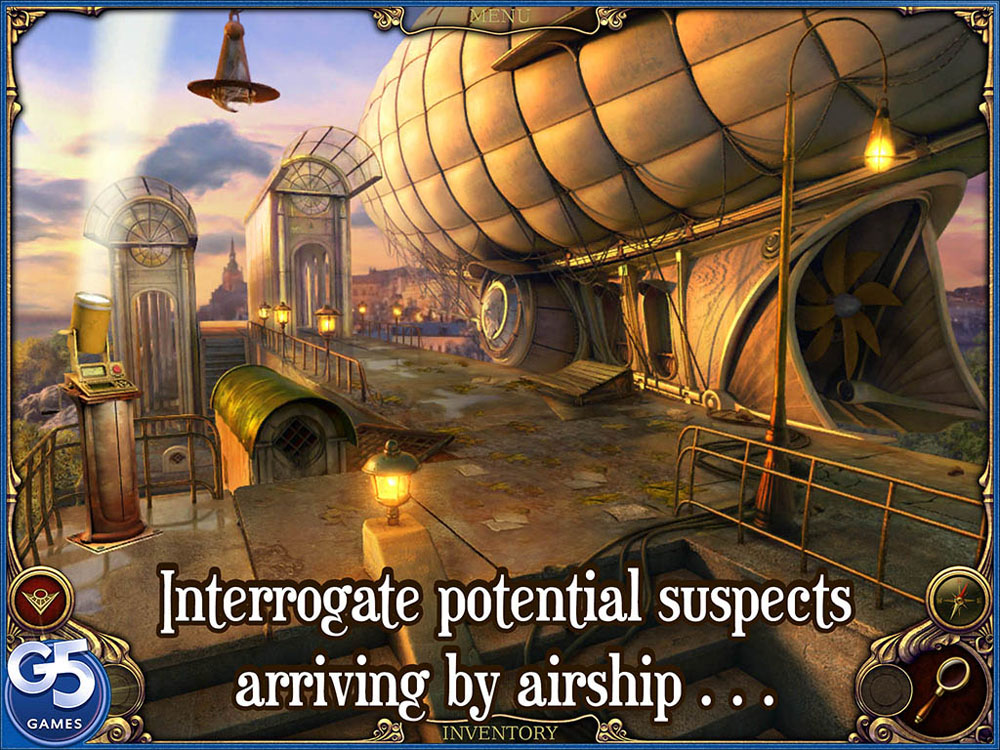 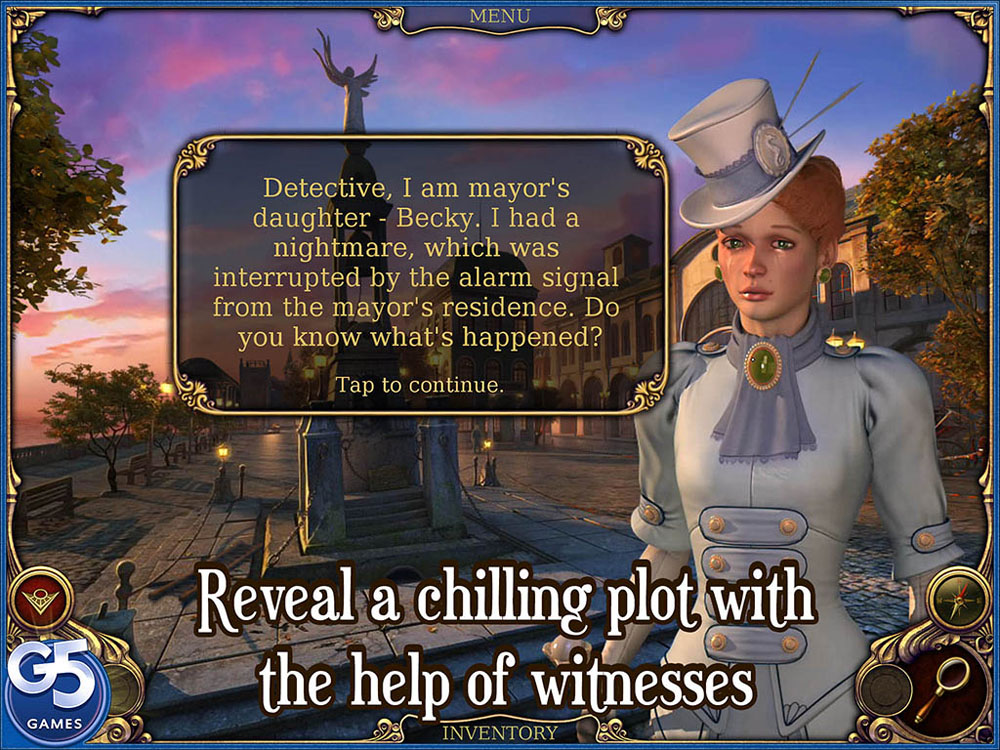 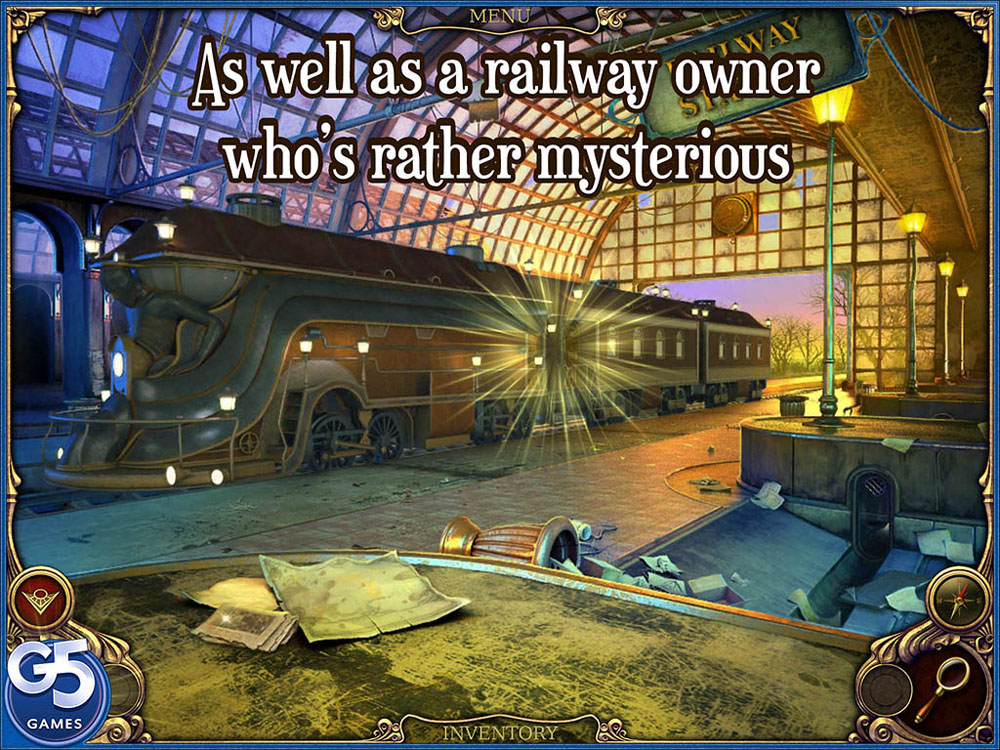 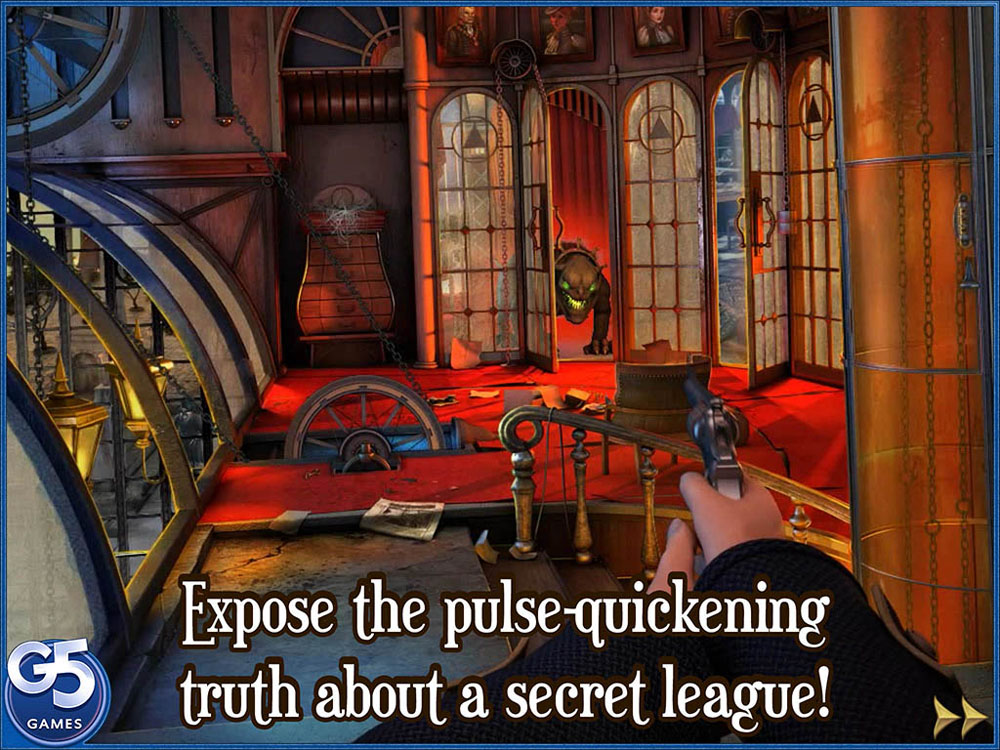